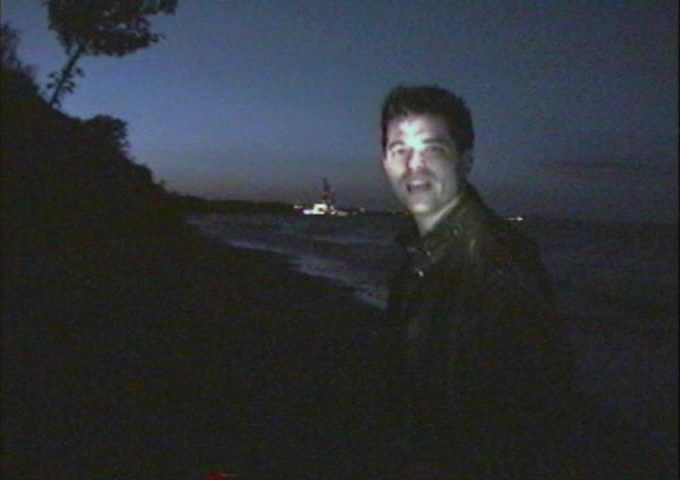 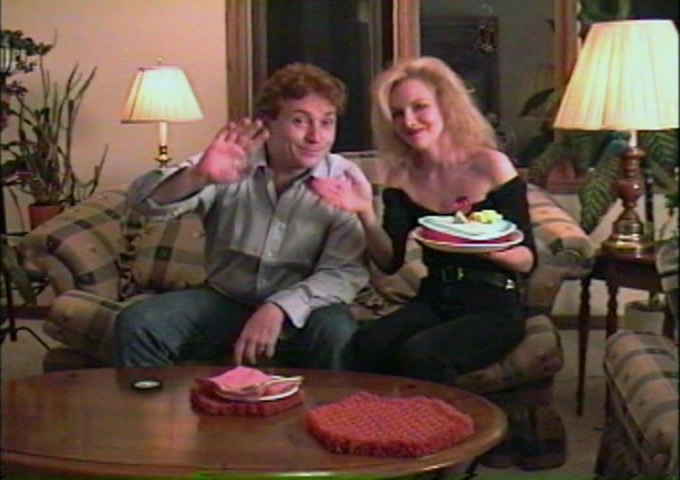 Now here’s an odd one, a shot-on-video thriller masquerading as a horror film that plays like Badlands remade with a consumer camcorder. However, it’s also an early forerunner to the found footage craze as it charts a wild crime spree caught on camera but one amateur videographer.

That innocent cameraman is Dougie (Bonaduce, Patridge Family and celeb scandal veteran), whose wife gets him a new lens as a special present for their anniversary. Unfortunately his fixation of filming everything in sight drives her into bed with another guy, which sends Dougie jetting off through the desert on a minor vision quest that ends up with him filming a car getting pushed by some criminals into a quarry. The perpetrators turn out to be the Clint Dryer Gang, a trio of outlaws consisting of Clint (Wynhoff), Vezna (Williams), and Gloria (Magnolia’s Walters). As it turns out, the miscreants really like having their dirty deeds captured on video for the world to see, so Dougie becomes their chronicler as they embark on a bloody journey across Wisconsin that leaves more than a few bodies littering the screen by the time the credits roll.

The idea of casting tabloid fixture Bonaduce in the lead turns out to be a masterstroke here and actually a better move than the similar plot device employed a year later in Oliver Stone’s Natural Born Killers (which is far more stylish and hysterical but also much more dated). It’s a pretty solid 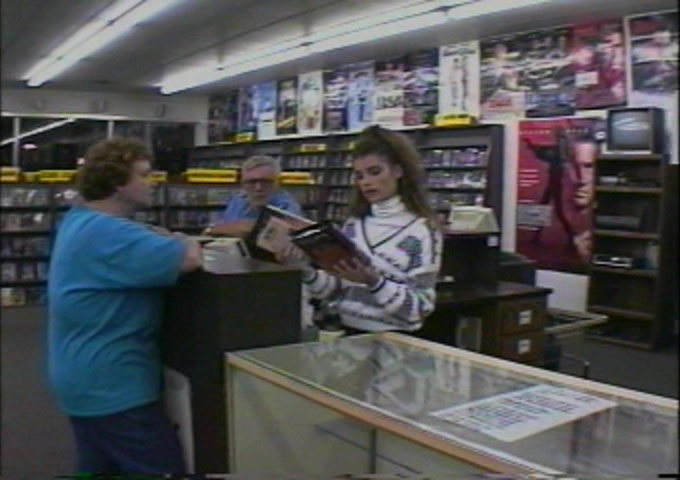 debut for director Jack Perez, whose career later alternated between total dreck (Wild Things 2, Mega Shark vs. Giant Octopus) and smart horror satire (Some Guy Who Kills People).  This one’s much closer to the latter, and if you have a soft spot for SOV genre cinema, it’s a pretty essential watch. 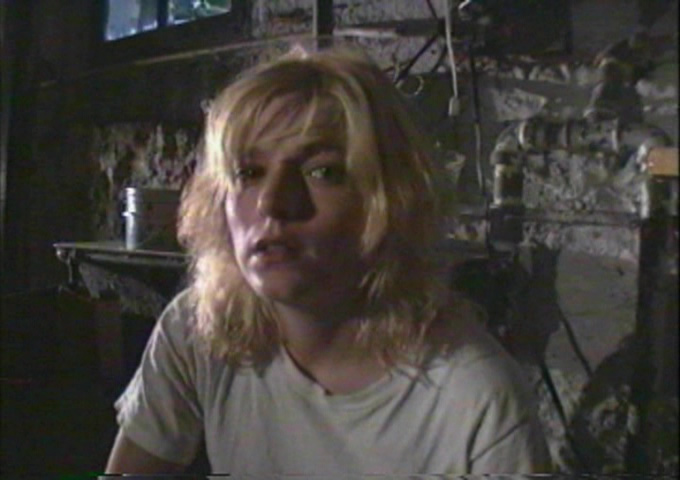 A longtime friend to fans of homemade video exploitation, Camp Motion Pictures brings this film to a new audience with a transfer about as good as a '90s VHS production could be. It's off the original tape master so the quality's better than the very scarce copies and dupes floating around, but bear in mind that this is definitely limited by the source. The Dolby Digital audio sounds fine given the very basic nature of the original recording.

Incredibly enough, this is actually a special edition featuring the trailer and two audio commentaries. Perez gets the first, and he seems a bit astonished to be going back to his first film (shot two years before it was released). He manages to fill the entire running time with anecdotes including his primary cinematic inspiration (the POV noir classic Lady in the Lake), the financing of the project, the few found footage predecessors he knew of but hadn't seen (Cannibal Holocaust and 84 Charlie MoPic), his own brief cameo at the end, and the story behind a lengthy, very memorable scene at a video store (which should have VHS junkies in ecstasy checking out all the box covers and posters). The second commentary features Wynhoff, who also produced the film, and he goes into more minute production detail about the various locations, casting process, Bonaduce's professionalism and temperament ("He was pleased to not be sitting in jail at that particular point in his life"), the casting of Bonaduce's wife in the opening scenes, his acting idol (Michael Caine), and the film's bootleg history on videotape in L.A. (which he feels inspired The Blair Witch Project).