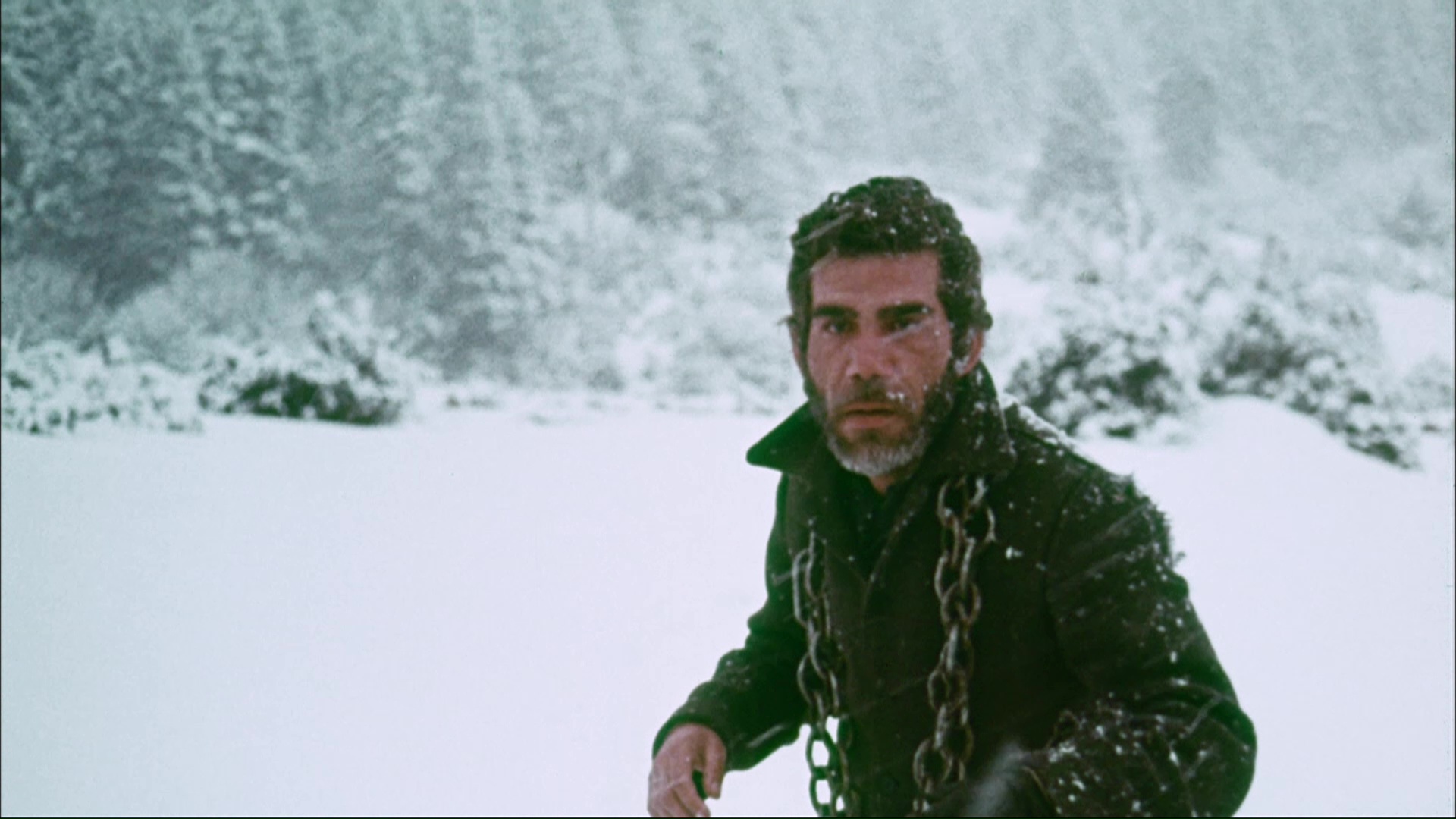 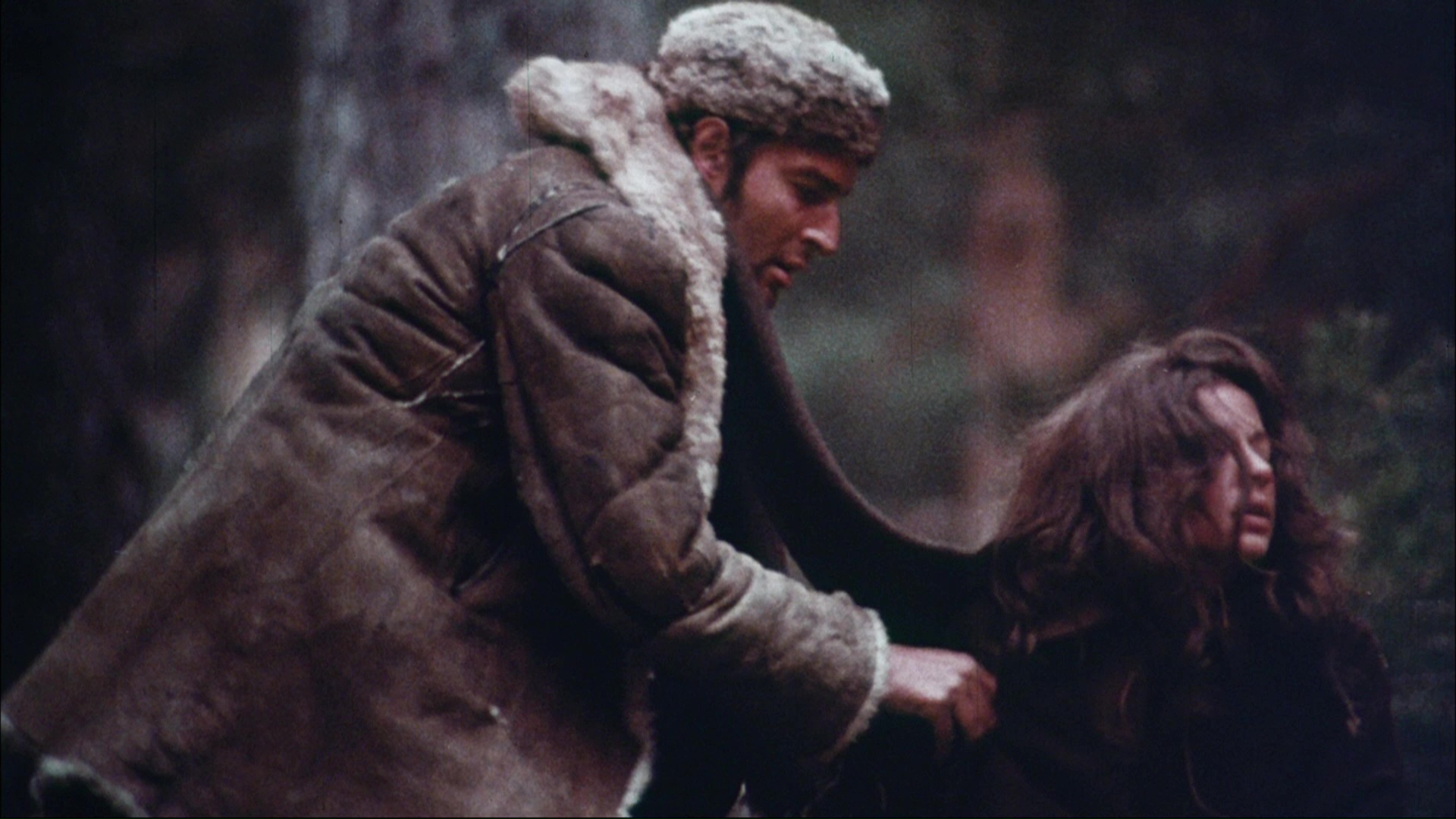 The spaghetti western was starting to decline when Spain added its own incredibly brutal, gory, and bleak oater to the mix, appropriately marketed as a horror film in some territories. Amping up the gore level considerably from The Wild Bunch and pushing the creepy snow-covered ambiance of another underrated western, The Great Silence, into overdrive, the plot follows a very flawed plan to drag seven chained convicts through the mountains to their execution site via wagon, only for their escort to continue their journey on foot after they're ambushed by robbers looking for gold.

Adding to the tension, a teenage daughter (Cannibal Man's Cohen) is along for the trip with their overseer, Sgt. Brown (The Weekend Murders' Undari, credited as "Robert Hundar"), and her presence is one complication among many including a revelation about the hidden so-called treasure on board. Events soon get very out of hand as the survivors are decimated with slashings, stabbing, guttings, and other grisly bits of business before the appropriately dark finale.

Director Joaquín Luis Romero Marchent was an old hand at Euro westerns by the time he made this near the end of his theatrical career, but the decision to 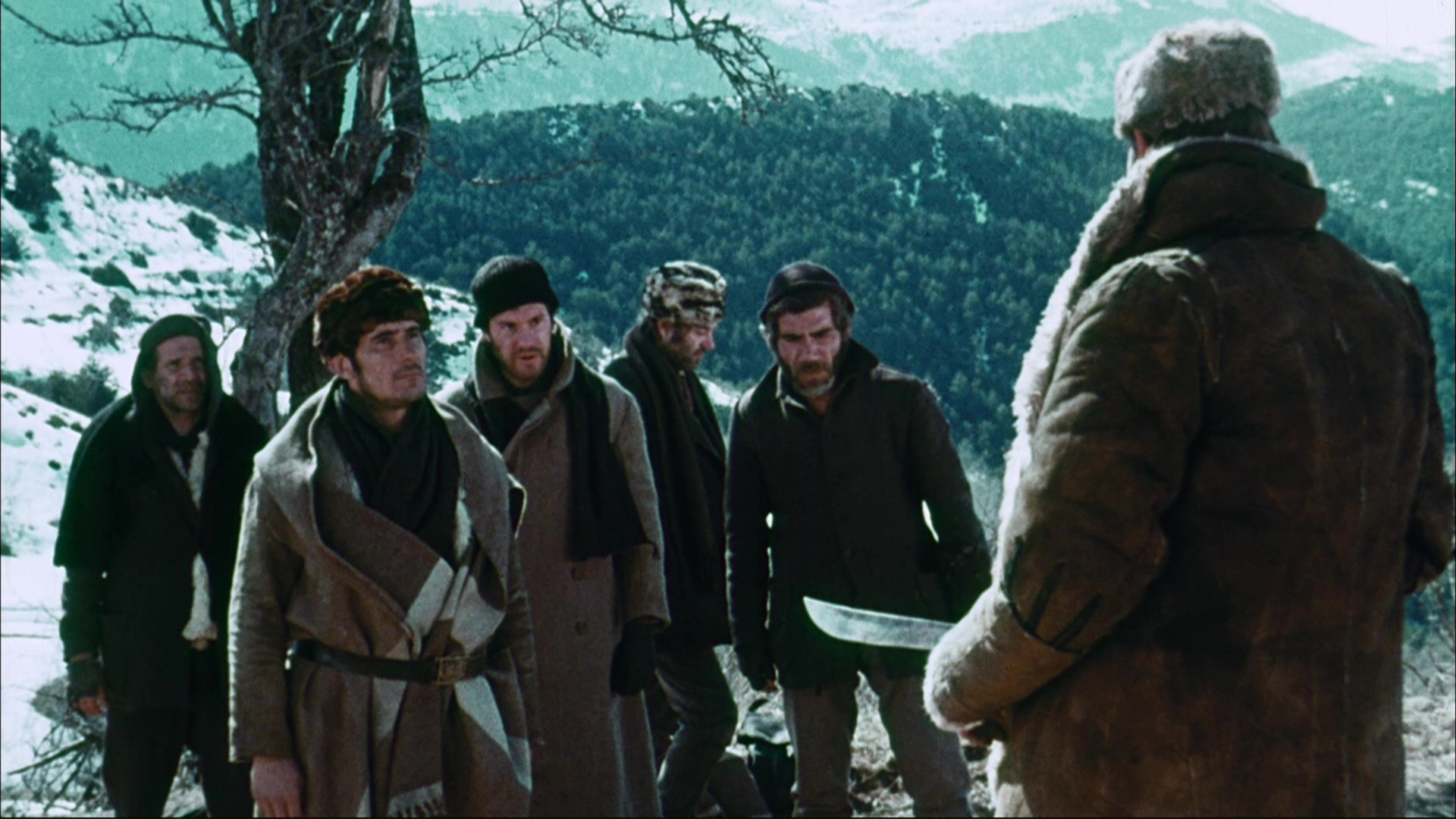 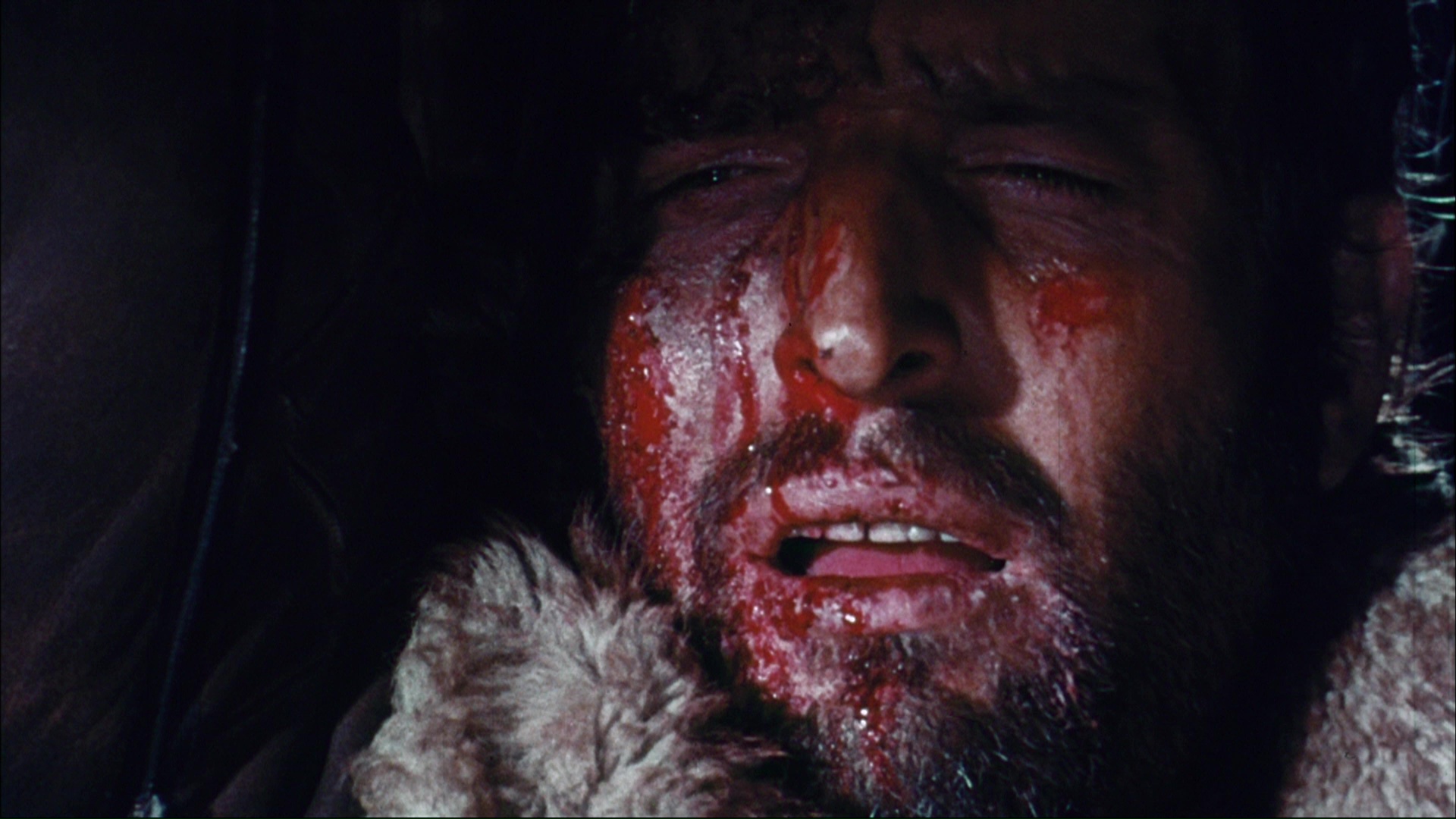 out from the back. The actors later claimed that the most extreme entrail-spilling shots were added after principal photography to make the film more marketable, which seems plausible given the way they're shot. The setting is a major asset, too, while a sort-of whodunit aspect involving the fate of Brown's wife has caused some to tag this as a major influence on Quentin Tarantino's The Hateful Eight. (That's a tough call given how many other films and TV shows that latter film already references.)

Cut-throats Nine was originally shown in the US with a memorable ad campaign offering "terror masks" to squeamish patrons, but its reputation really took off among the horror fan community when the scarce VHS editions got passed around during the '80s and earned raves in several fanzines. A non-anamorphic bootleg DVD from Eurovista popped up briefly, but a better option came in 2011 with the film headlining a "Lawless Land Double Feature" from Code Red. The transfer is a substantial improvement across the board (if still a bit scruffy-looking in spots) and fully uncut. The PG-rated co-feature, Joshua, can't help but pale in comparison, but it's still one of the more interesting westerns (and one of the last to date) from Fred Williamson, who made quite a few in the '70s. Here he plays the title character, a Union soldier out for revenge after his housekeeper mother is murdered by bandits who have also abducted her boss' mail-order 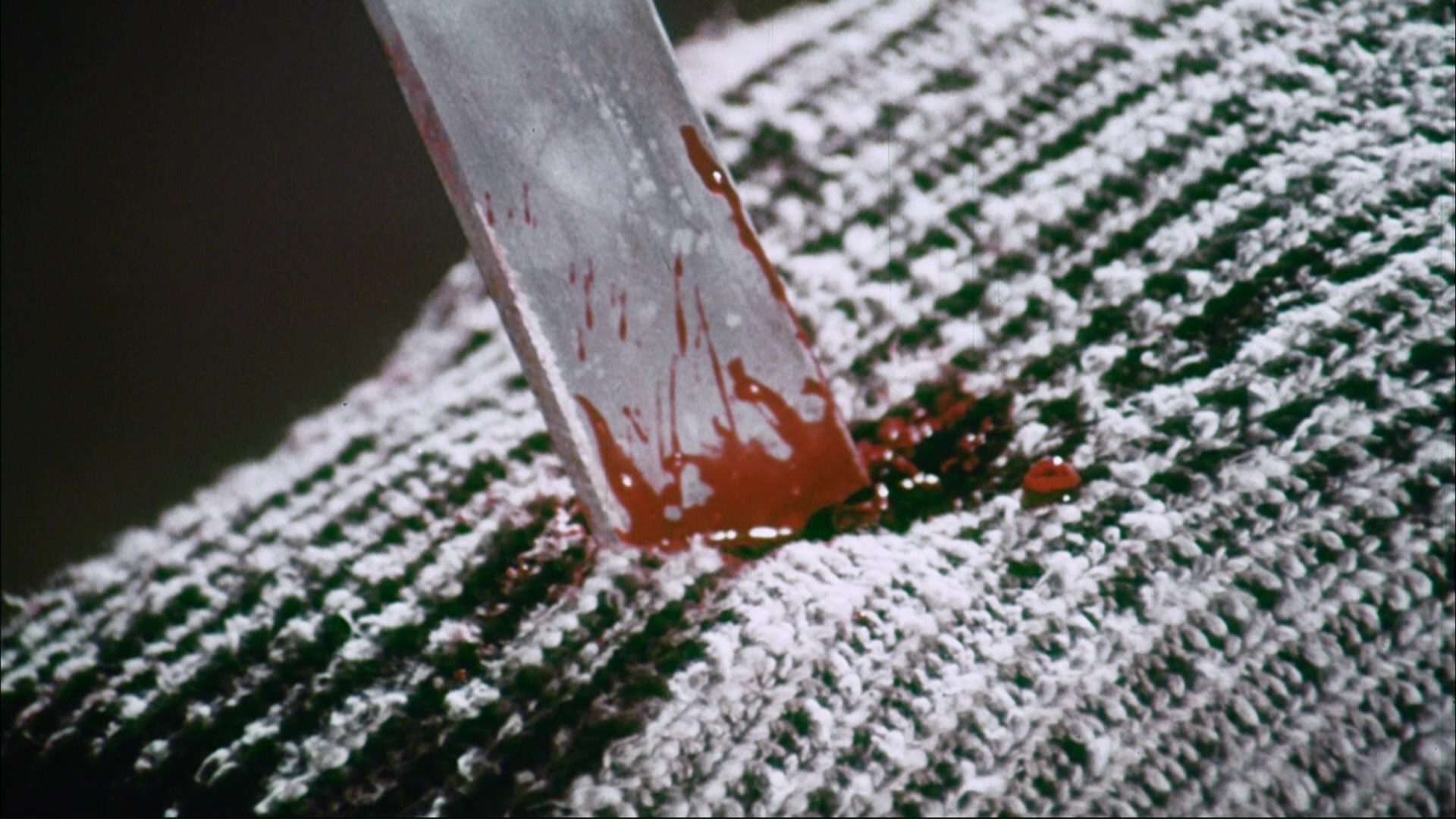 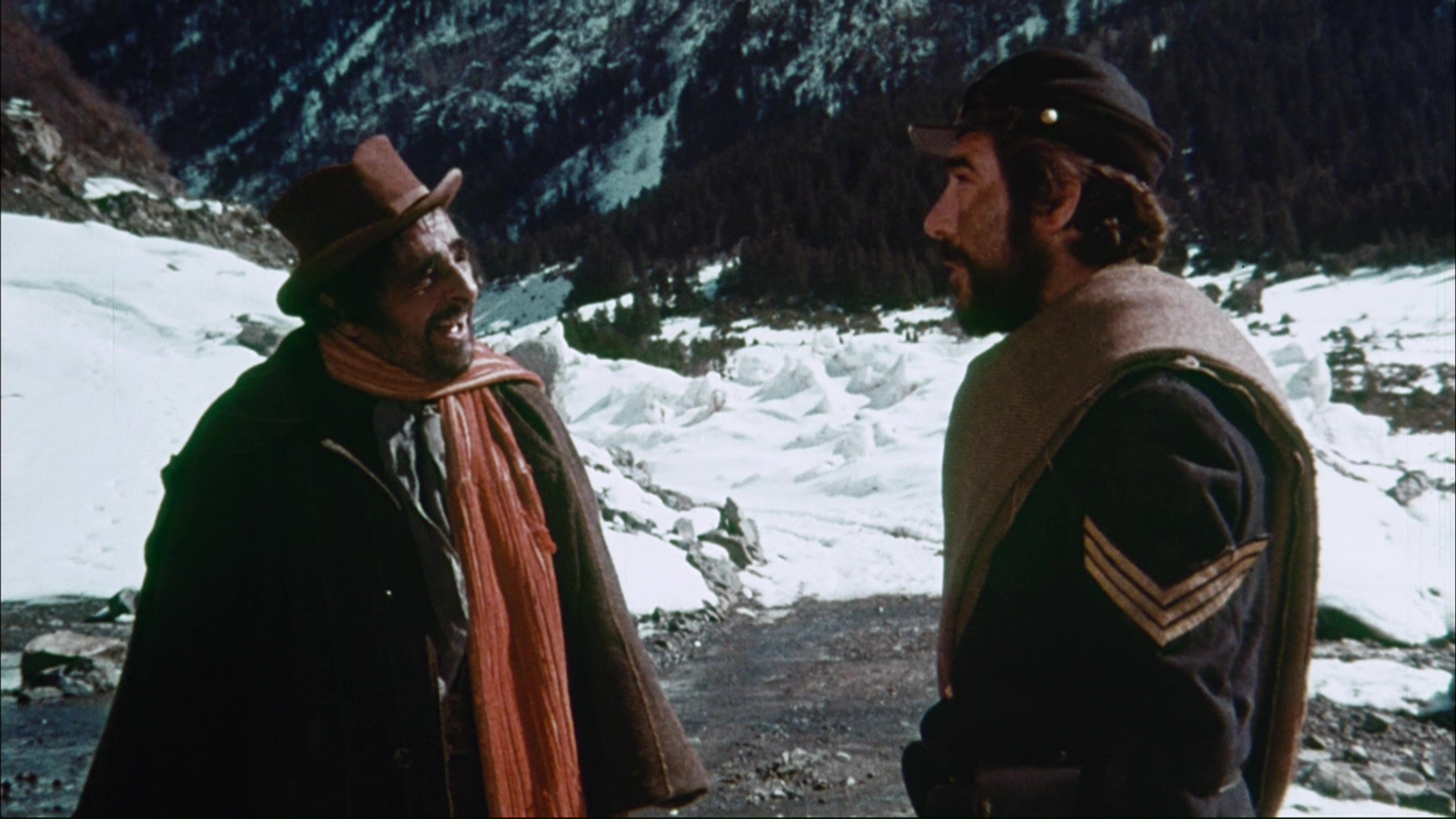 role as a Mexican ally, and you even get a fake-Morricone score and theme song to enhance the illusion that you're watching a spaghetti western (a la Hang 'Em High). This one's made the rounds on public domain DVD labels for years in atrocious pan and scanned versions as well as some scarce non-anamorphic scope versions, but this new transfer is leaps and bounds above them all with accurate framing, better detail, and far more entertainment value in the process. You also get that "42nd Street" play option Code Red was fond of at the time, which adds on trailers for the first feature, The Black Gestapo, and Ring of Death.

Five years later Code Red revisited Cut-throats Nine as a standalone Blu-ray release, sold directly through their site which means its availability status may fluctuate when you visit. The new HD transfer looks quite nice apart from some significant damage during the opening credits and a couple of bumpy reel changes. The snow is genuinely white which means the color hasn't been horribly tinkered with (unlike way too many recent releases from some major labels), and it's completely uncut. The dubbed English track is the same one we all know and love, sounding about as good as it could considering it was never much of an aural powerhouse to begin with. (The score by the late Carmelo Bernaola is still very effective, too.) The sole extra is the same American theatrical trailer, letterboxed but non-anamorphic.