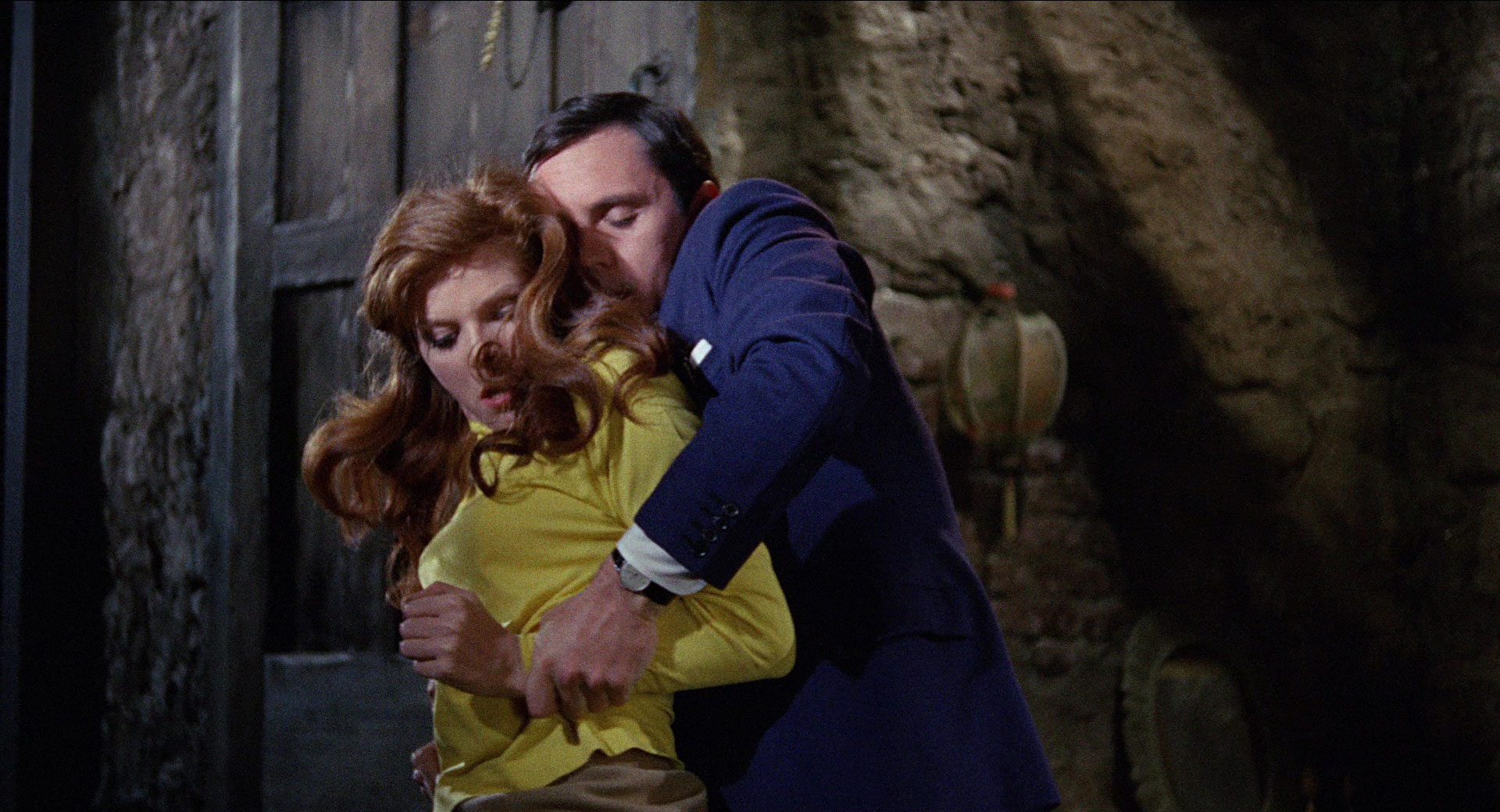 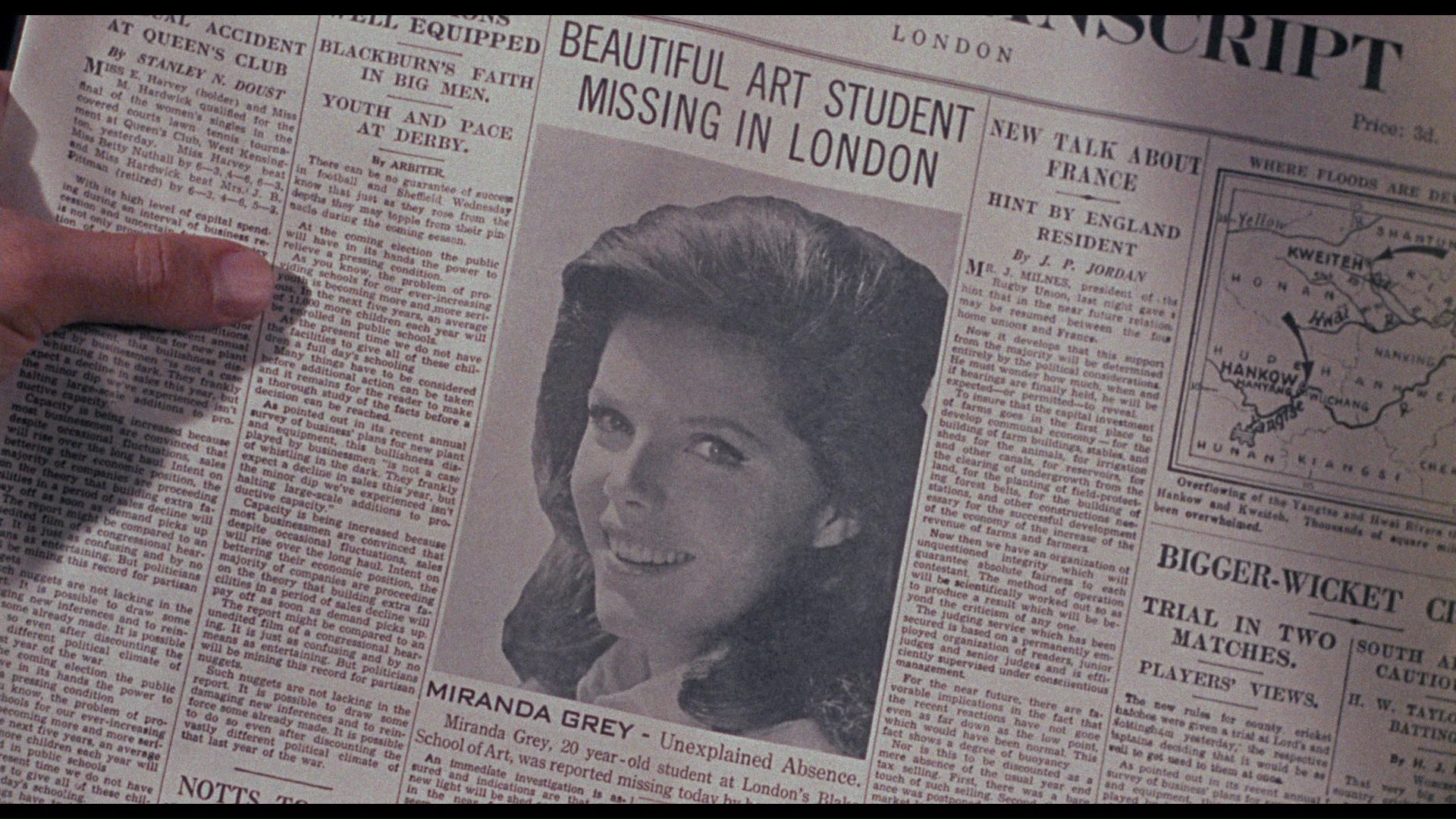 examples of a horror film promoted as anything but, this blood-freezing Gothic chamber piece was touted as "William Wyler's The Collector" even in its opening credits, playing up the legendary Hollywood director who had scored his biggest with Ben-Hur and shot this in a late career flurry tucked among The Children's Hour, How to Steal a Million, and Funny Girl. On top of that the posters proclaimed it was "Almost a Love Story," which really makes you wonder about 1960s film marketers. The end result turned out to be highly influential with dozens of macabre films (often for drive-ins) about young men taking one or more young women hostage to make them submit to their will, but never as intense or impeccably performed as this one. It even inspired a sort-of remake from Pedro Almodóvar with Tie Me Up! Tie Me Down!, though that one dared to spin the ending around in a completely different direction. However, this could just as easily be called "John Fowles' The Collector" since it's based on the bestselling 1963 debut novel by the then-hot English author John Fowles, whose daring, multi-layered, and very tricky works were considered unfilmable but nevertheless spawned two more big screen adaptations, The Magus and The French Lieutenant's Woman. This one was no exception, with the book split in two halves narrated separately by its two main characters and colliding their different perspectives with horrifying results. The film obviously can't take the same route but comes up with something just as chilling and effective, gradually leading the viewer along a sinister but relatively low-key path before the full horror of its implications becomes all too clear in the closing minutes. 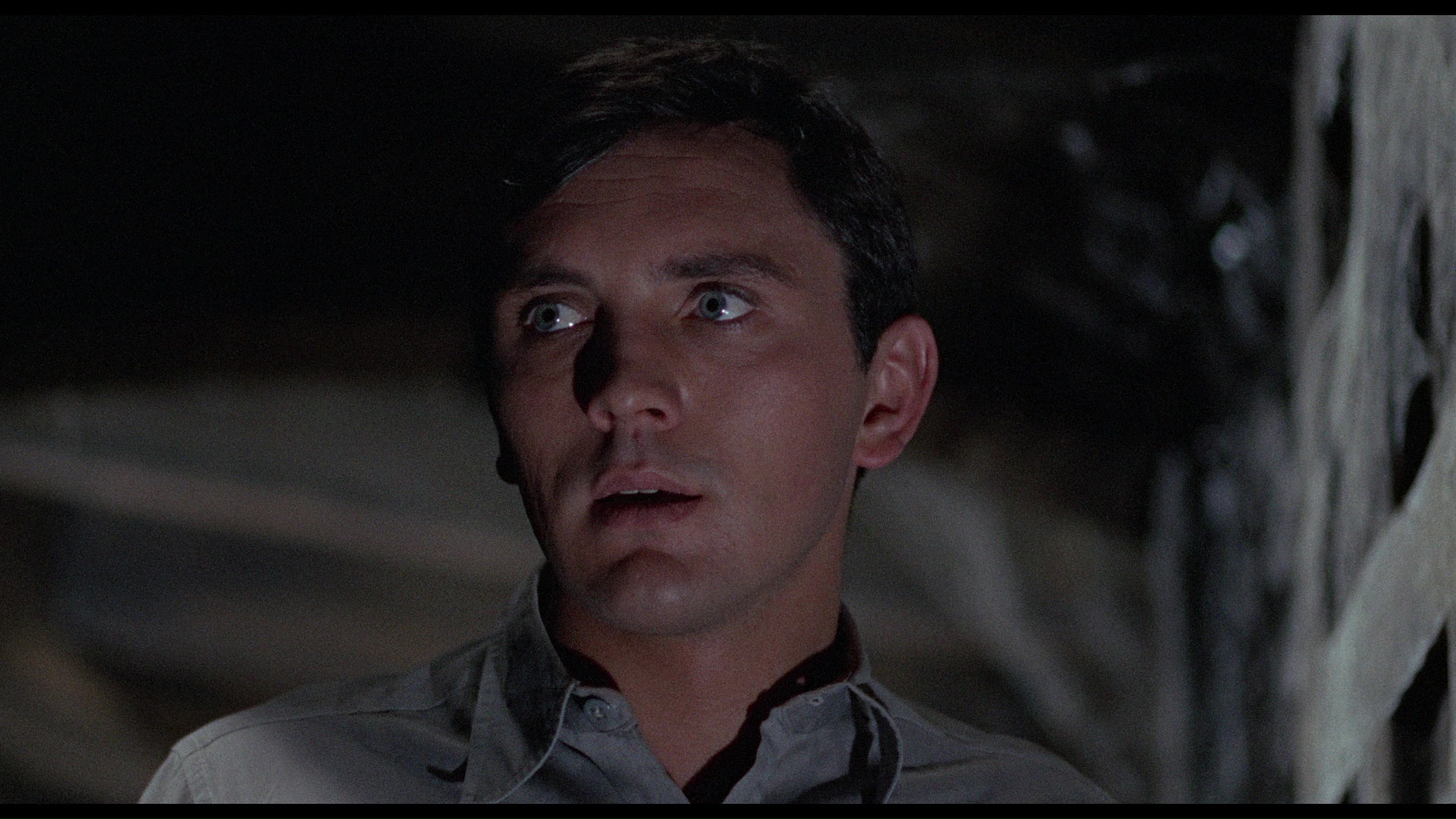 After winning a large sum of money, awkward and emotionally stunted butterfly collector and bank employee Freddie (Stamp) decides to 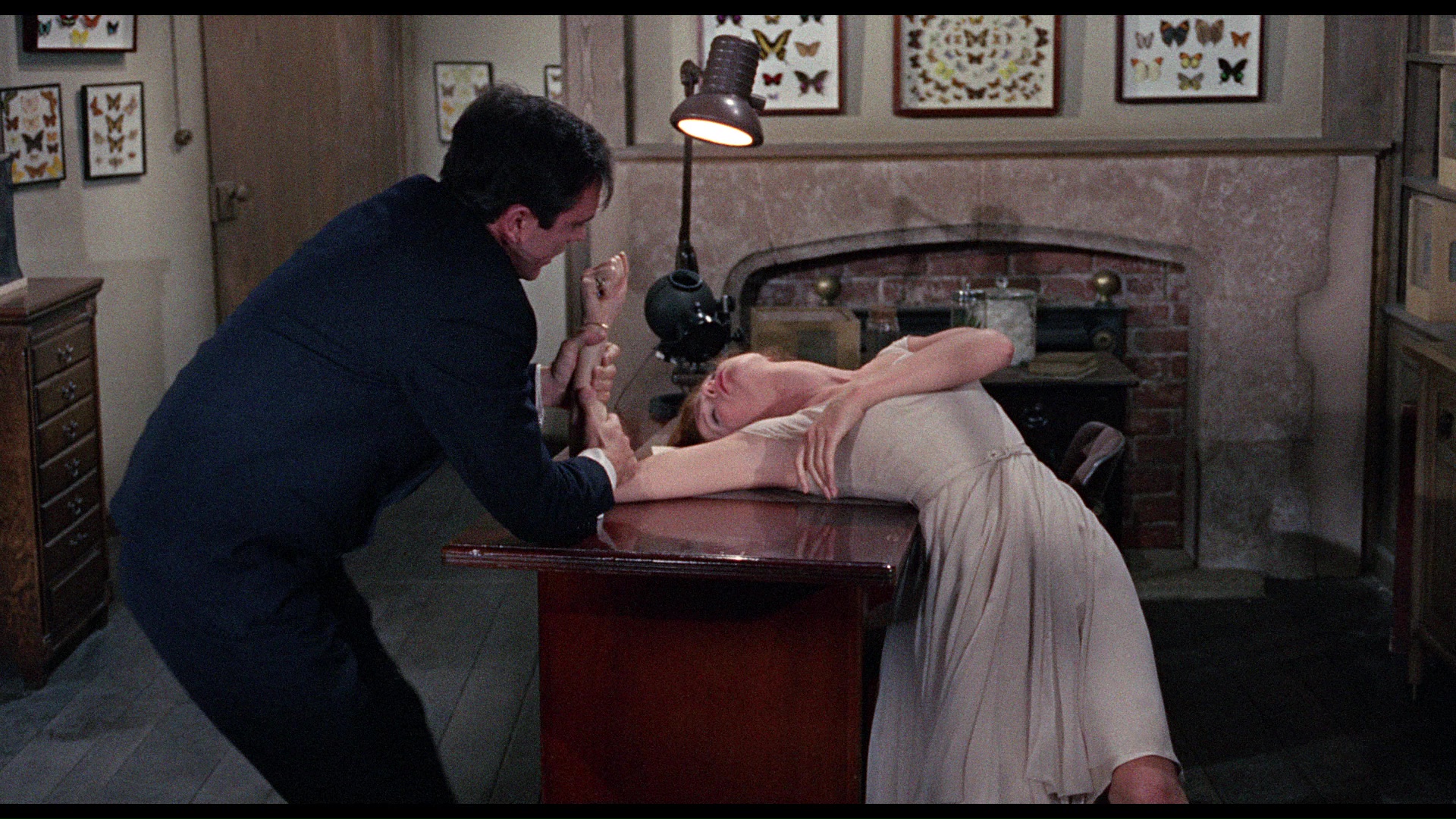 indulge in his ultimate whim: creating a country home getaway for Miranda (Eggar), a beautiful young London art student. There's one catch: Miranda has no idea Freddie exists, and he's a psychopath. Soon he's stalking Miranda in a van and chloroforming her one afternoon, after which he spirits her away to the residence he's outfitted with all of her favorite things in hopes she'll fall in love with him. His captive proves understandably resistant to his plan, and soon an ongoing battle of wits begins as she tries to find a way to make it to the day he promises he'll let her go.

Exceptionally mounted in every respect and featuring a superb, haunting early score by the great Maurice Jarre, The Collector is above all a showcase for its two powerhouse leads who take what could have been stagy and repetitive and instead create an atmosphere of mounting tension and impending violence. Stamp's steely-eyed intensity is ruthlessly effective at times but also surprisingly vulnerable when required, while Eggar manages to make her character flawed, interesting, and utterly sympathetic without falling into a standard victim role. Presumably because of both its quality and the public's perception that it was a prestige drama, the film also nabbed a trio of Oscar nominations (for Wyler, Eggar, and Stanley Mann and John Kohn's screenplay), with both Stamp and Eggar taking home prizes at Cannes. 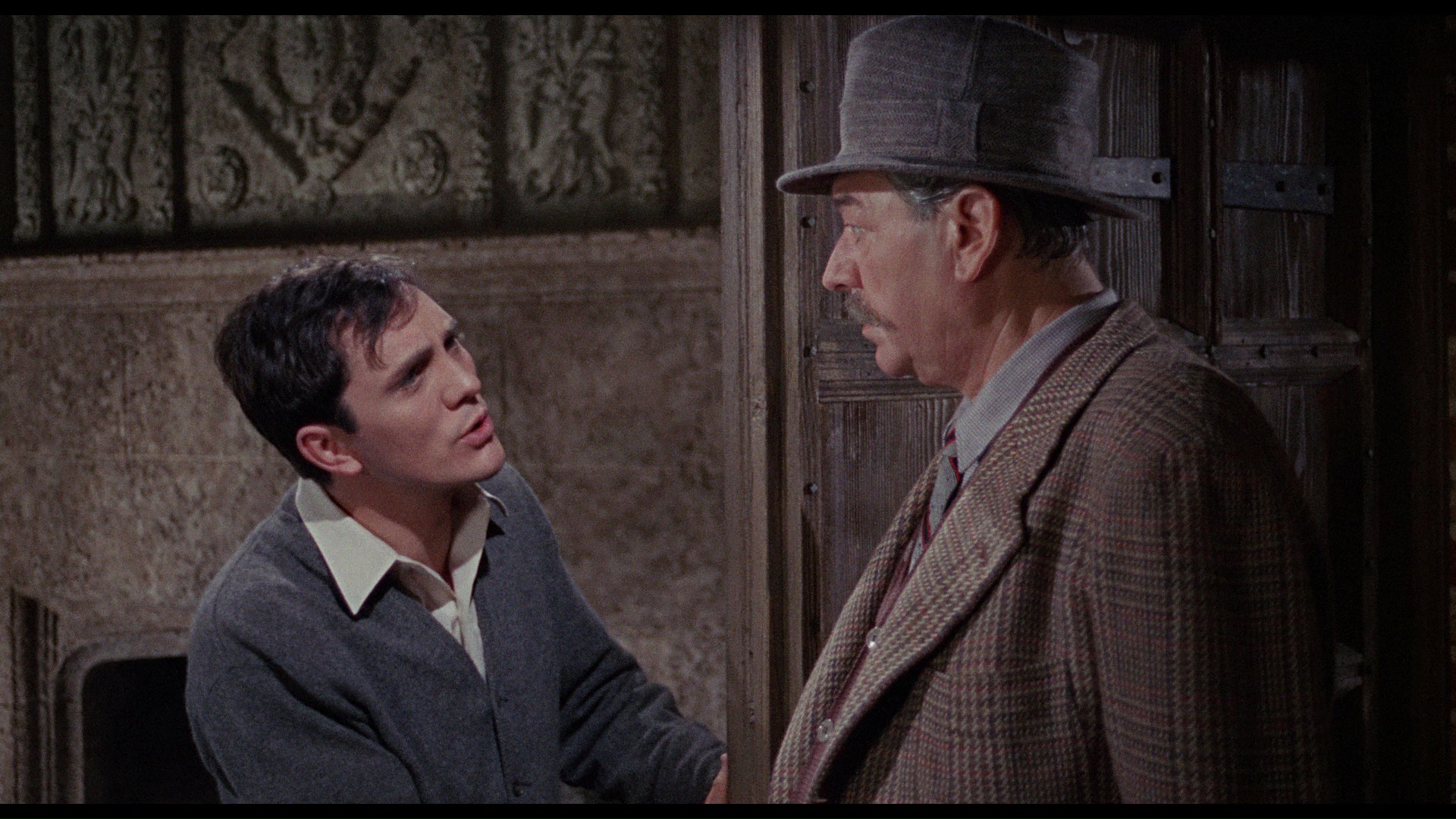 A mainstay on VHS from RCA/Columbia and and laserdisc from Image Entertainment, The Collector made its first rounds on home video in a colorful but soft open matte transfer that also accidentally revealed some extended topless nudity from Eggar during the "seduction" scene near the end. The correctly matted widescreen version first appeared on DVD from Sony in a no-frills DVD in 2002, followed by a Blu-ray and DVD from Image in 2010. 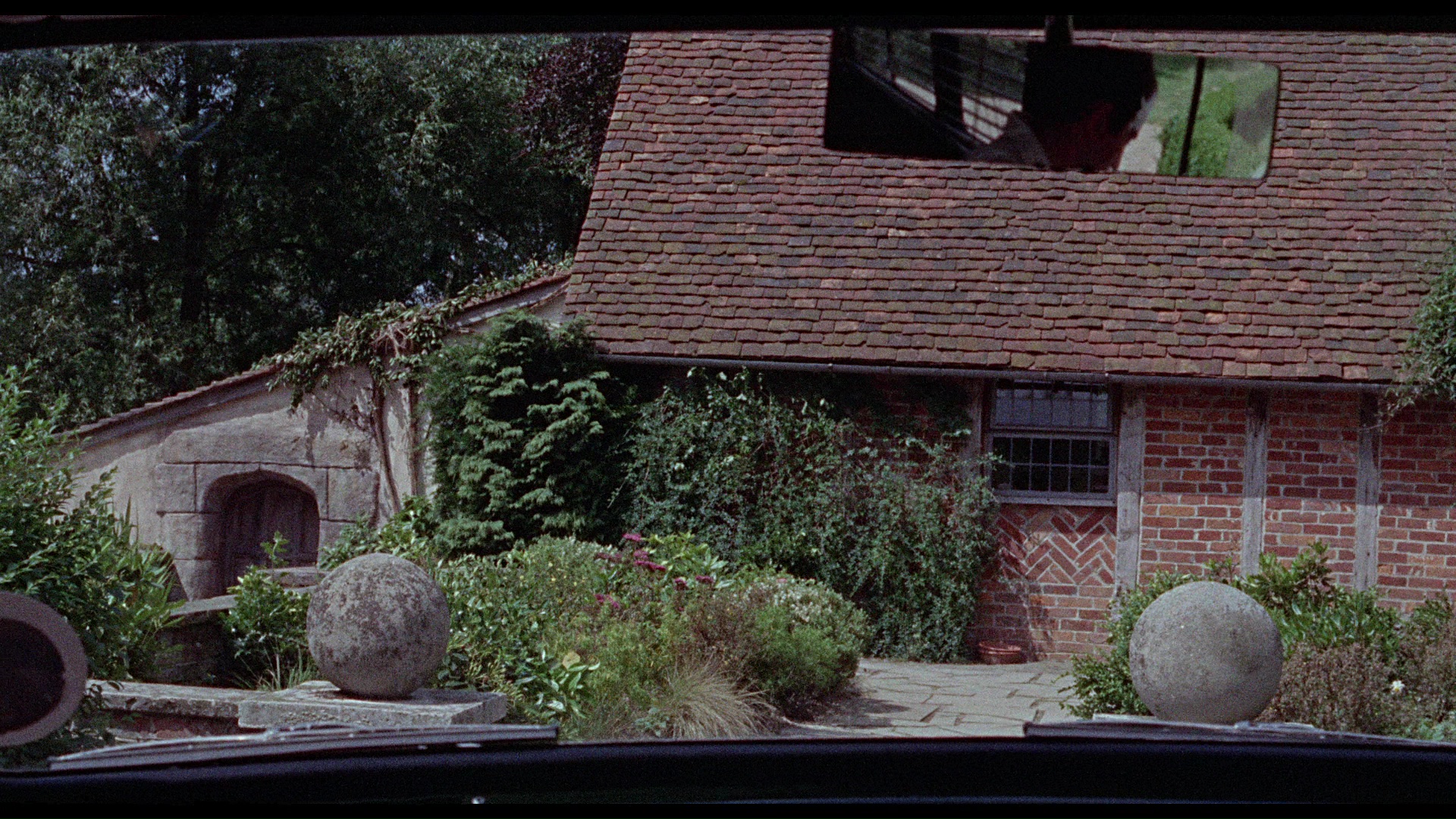 The transfer on those releases looks gorgeous and accurately represents the look of the film as seen in the new prints struck by the studio for circulation on the repertory circuit in the early '00s.

Incredibly, this film didn't receive a special edition of any kind until the 2018 U.K. Blu-ray from Indicator, complete with a healthy batch of new extras that shed light on the making of this disturbing and challenging production. The transfer is taken from the same excellent Sony HD master as the '10 edition, which is perfectly fine as it still looks great. The LPCM English mono audio is also in crisp shape, and the optional English SDH subtitles here are considerably improved over the often paraphrased and condensed option seen in past releases. The film can also be played with multiple additional audio options, starting with The Guardian Interview with William Wyler from 1981. Clocking in at 83 minutes, it's a valuable chat with Adrian Turner at London’s National Film Theatre as he covers the evolution of golden age Hollywood with the arrival of European emigrees, working with Goldwyn, his long resistance to shooting in color, his two very different adaptations of The Children's Hour, and plenty more. His anecdote about creating an ending for Wuthering Heights is hilarious, too. Recorded later in 1989, The Guardian Interview with Terence Stamp runs just over an hour and a half as he's joined by Tony Sloman for a career-spanning overview including, yes, Superman II, with considerable discussion about this film and the profound effect of being able to work for Wyler (including his famous penchant for doing multiple takes that rivaled Stanley Kubrick). He's a great raconteur with lots of stories about Robert Ryan, Laurence Olivier, Federico Fellini, Robert Redford, and many other 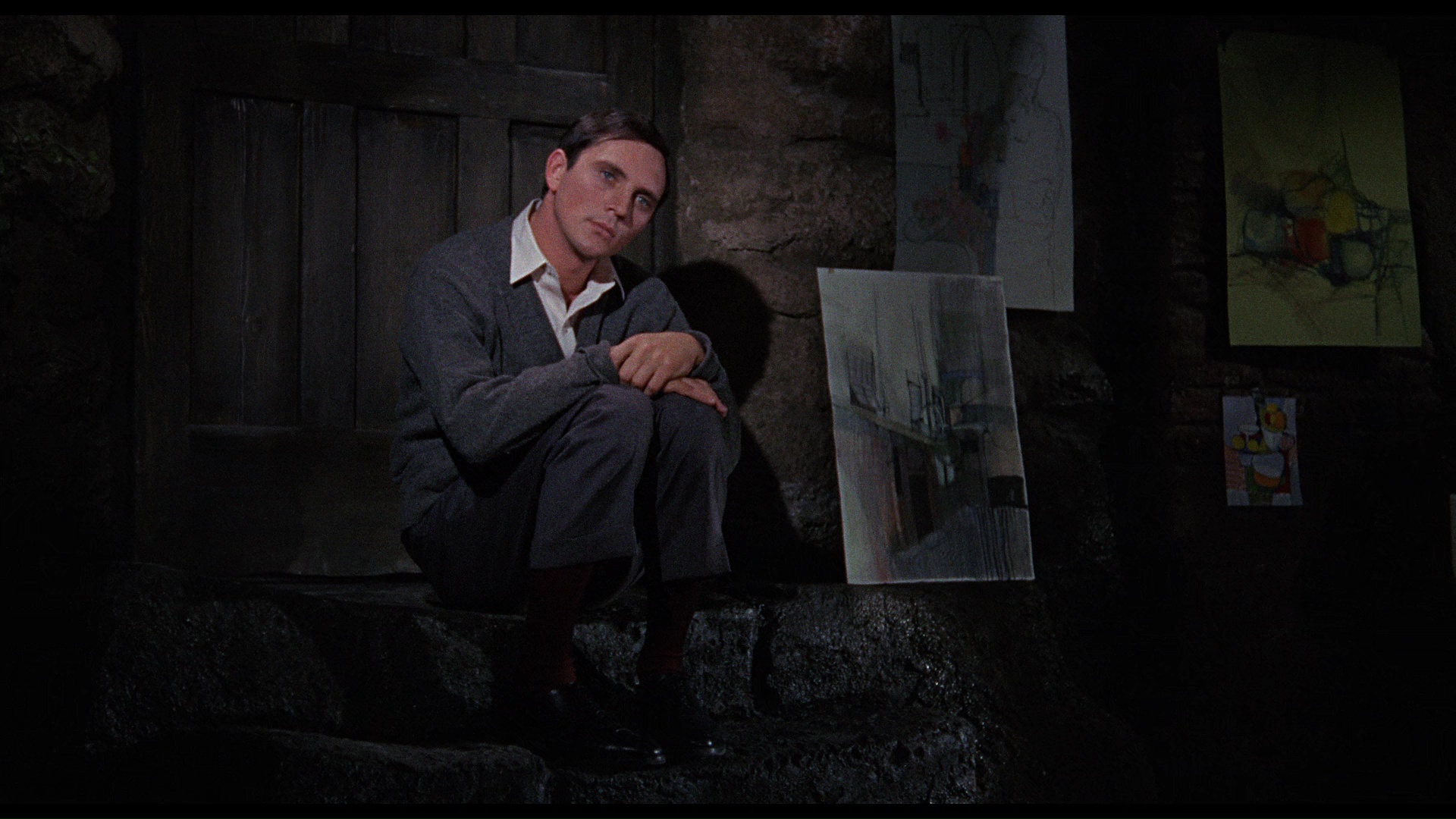 collaborators. There's a really lurid aside about how he ended up making 1978's Striptease, too, and he even does a little Marlon Brando impression. Finally a useful and well-spoken selected scene commentary with film historian Neil 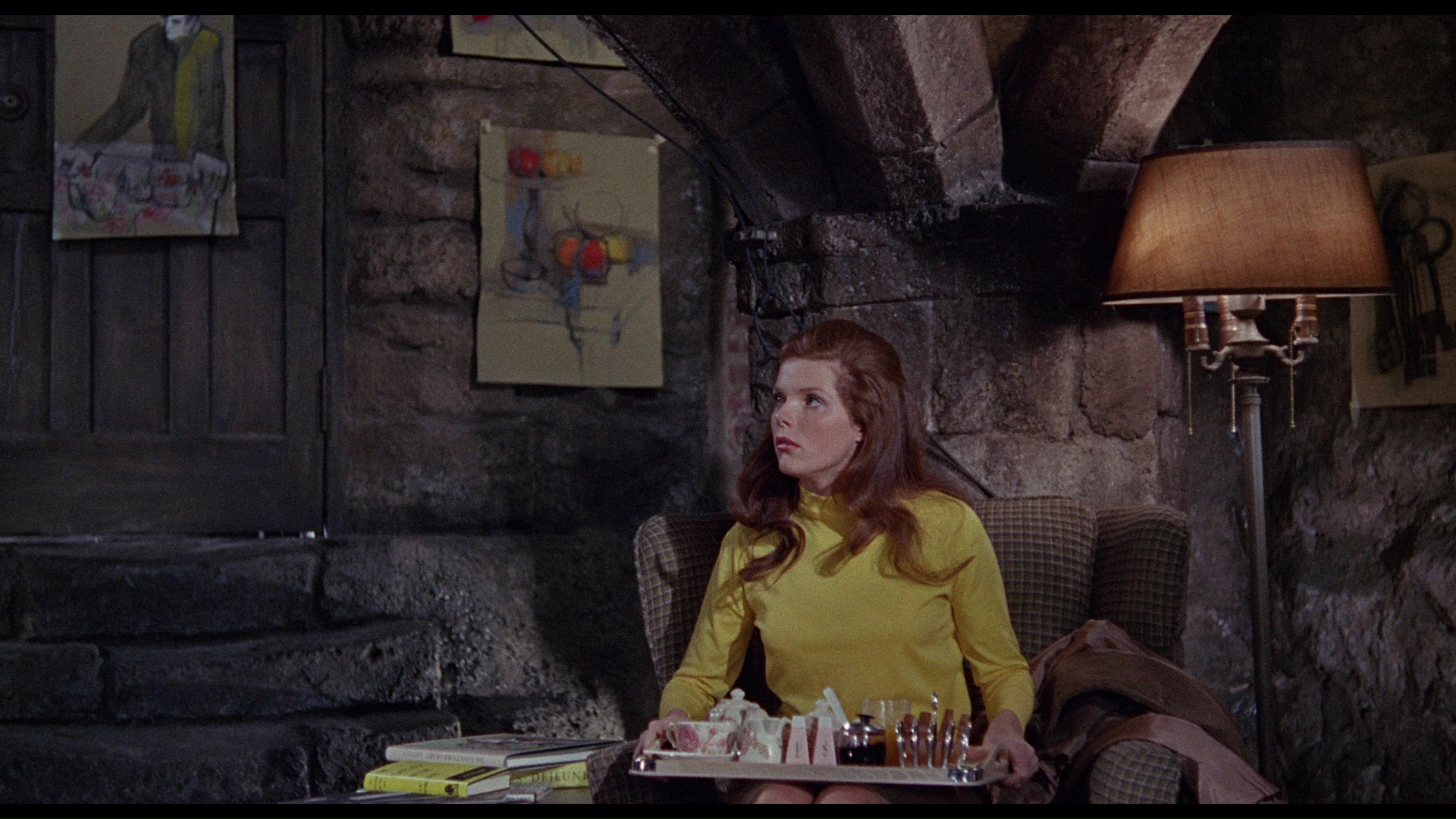 Sinyard runs 72 minutes and lays out a more linear account of the film's production, its place in Wyler's filmography, and its function as a vital literary adaptation.

On the video supplement side, "Angel to Devil" (12m45s) features a new Stamp interview in which touches on some of the topics of his audio piece (like screen testing with Sarah Miles) but adds quite a bit, including more about Wyler's acting tips, the connections to his role in Billy Budd, and the challenges faced by Eggar who had a more demanding and difficult role. Speaking of her, "Nothing But Death" (15m20s) is a new chat with Eggar about being put under contract to Columbia and being extremely impressed with Wyler. In the richest bit, she touches on the significant chunk of the book (involving her romance with an art teacher) that ended up begin cut entirely including a whole role filmed with Kenneth More. She also reveals that Fowles later told her the book had been based on a true incident, albeit with an even more nightmarish twist. It turns out that glimpse of Ben-Hur marquee in the film was very much planned, too. The archival B&W featurette "The Look of Stardom (2m14s) is basically a brief showcase touting Eggar's beauty, while "The Location Collector" (7m51s) presents a new guide to the various exteriors seen in the film from London to Kent. Finally critic and broadcaster Richard Combs offers a new appraisal (8m34s) of the film's significance to appreciating Wyler and a reading of the film's statement about human relationships and social class separations. The theatrical trailer is included along with a pair of teasers and a gallery of stills and other promotional material, while the limited (3,000 unit) edition comes with another essential insert booklet containing new liner notes by Carmen Gray, a "John Fowles and The Collector" essay, a making-of article, and selected critical reactions. 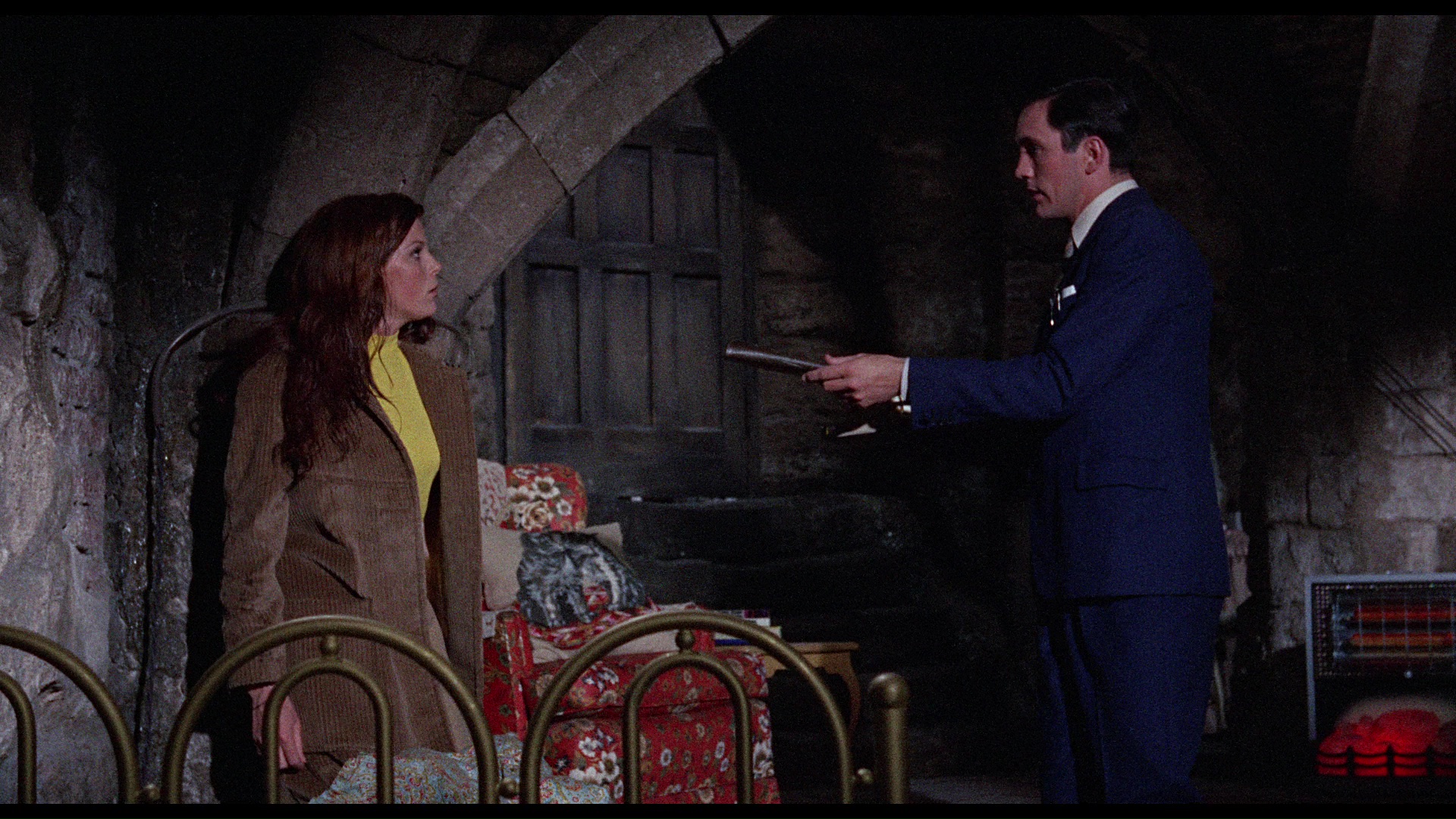 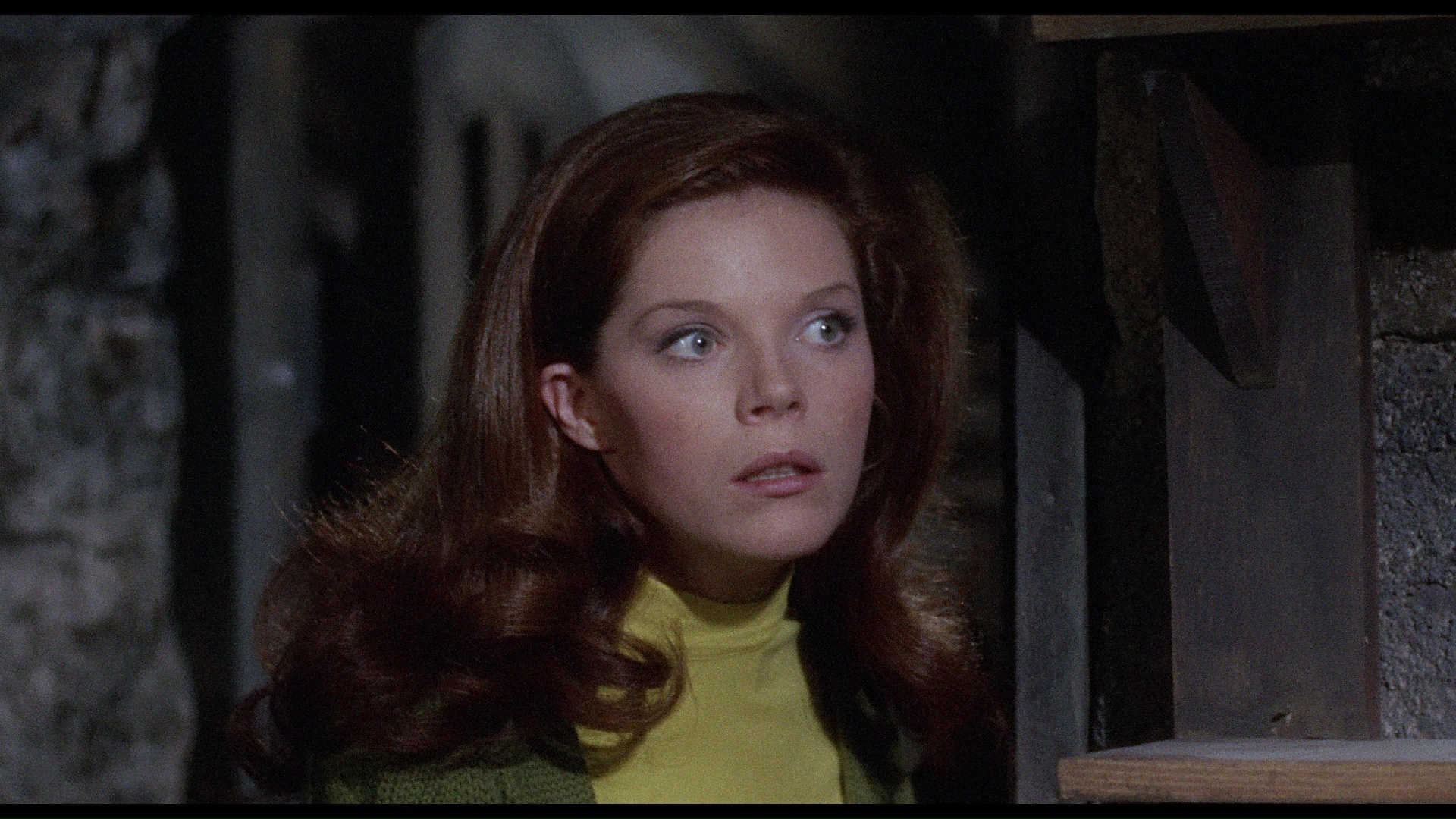 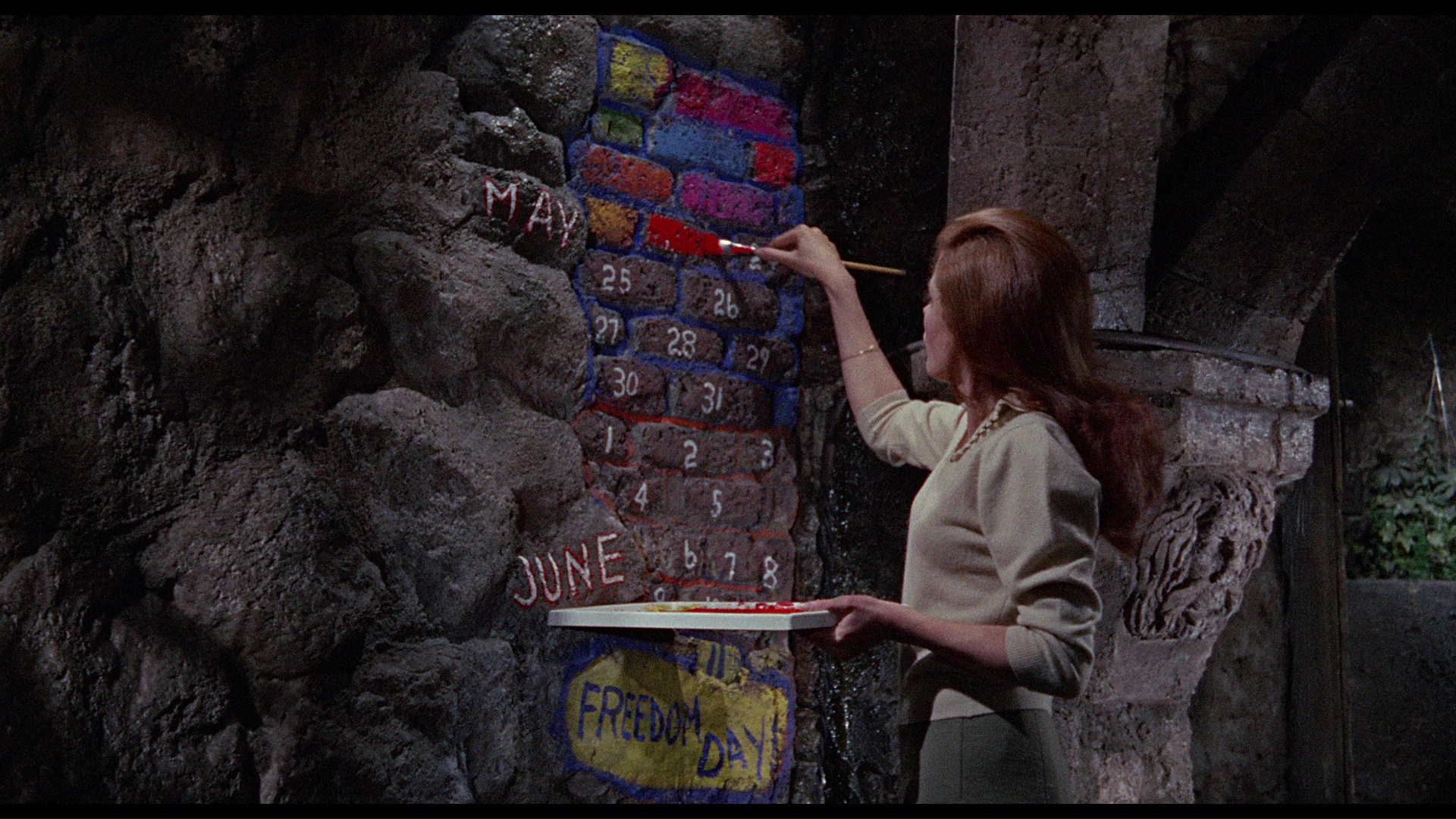 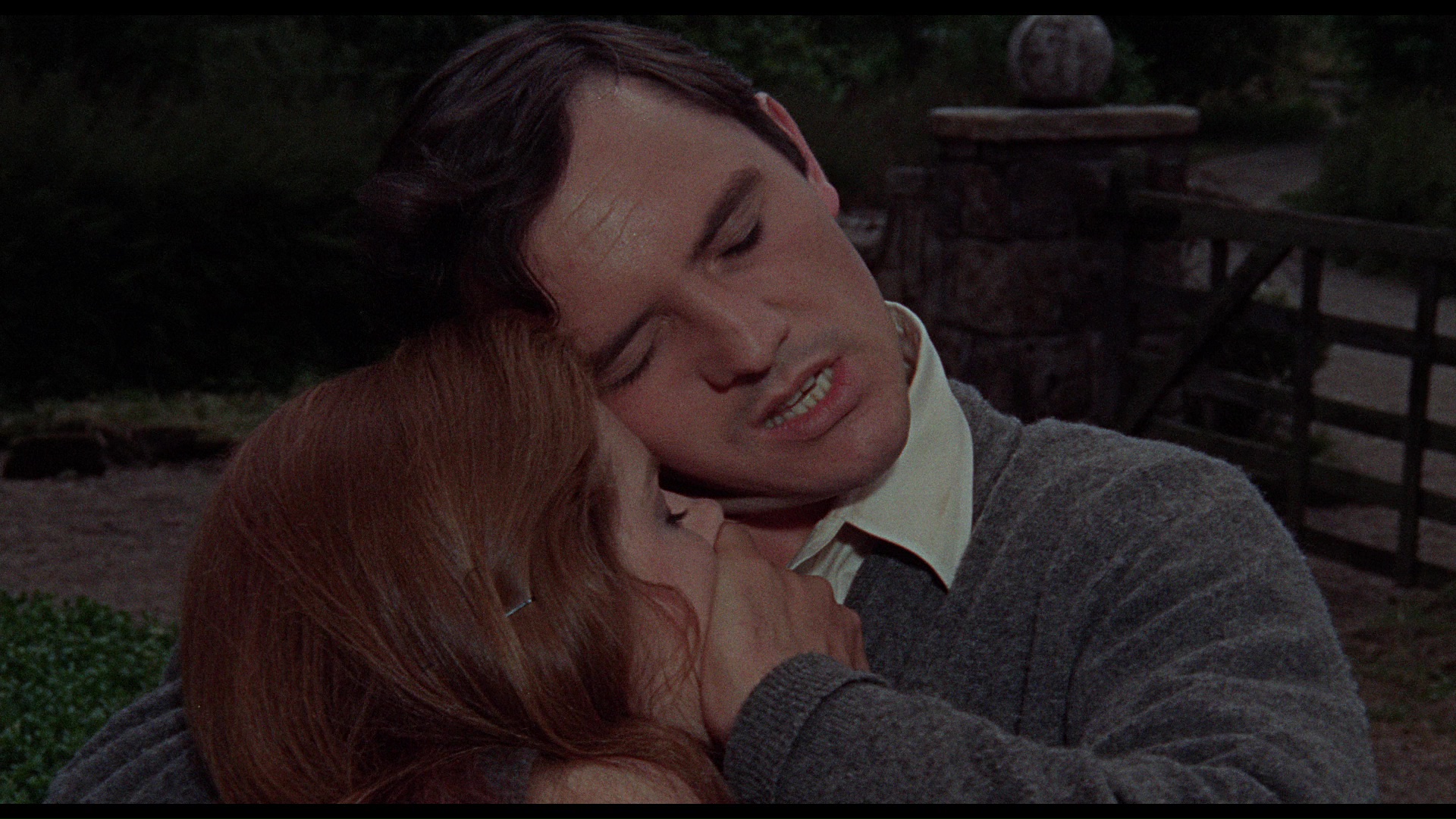 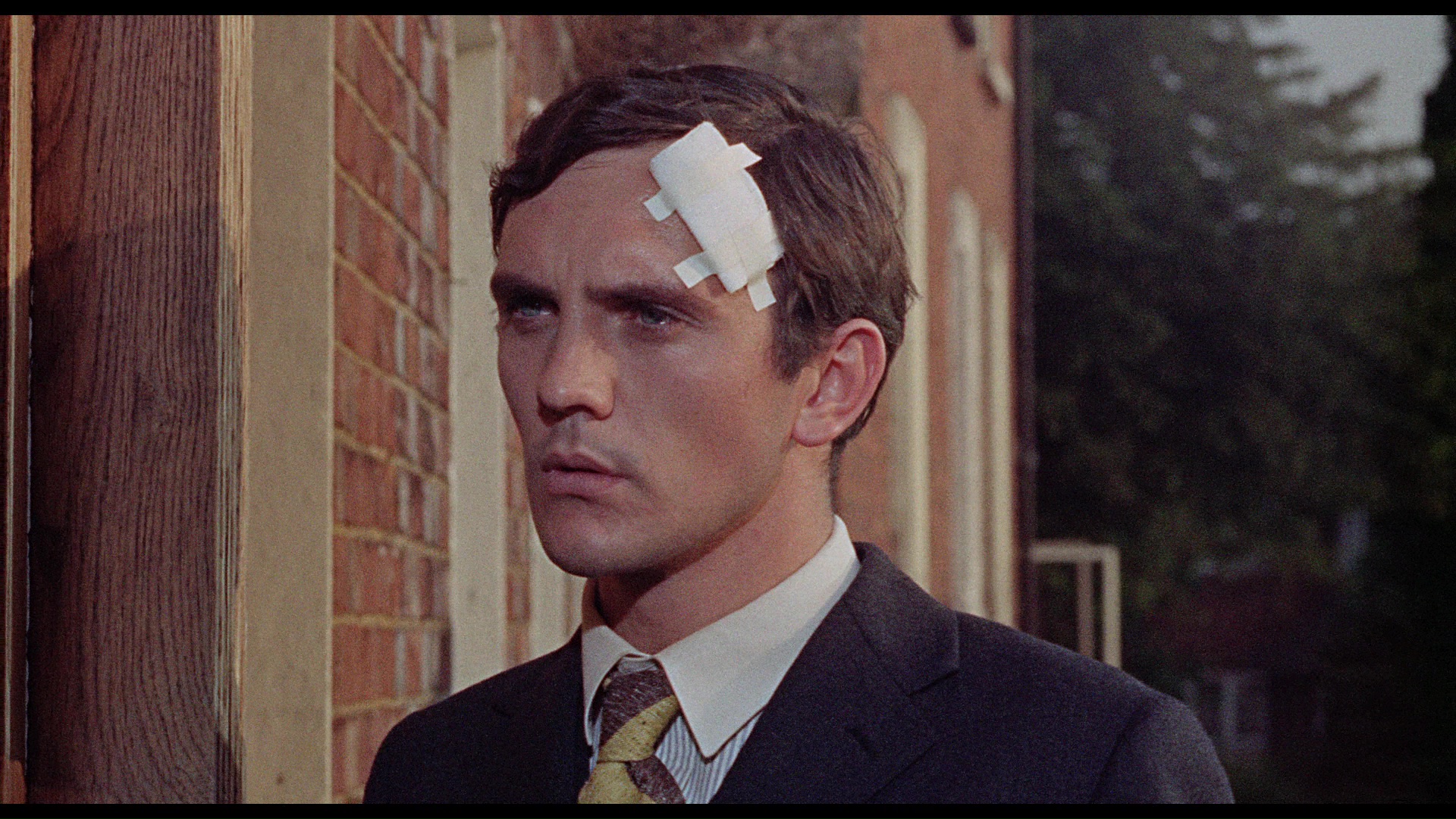 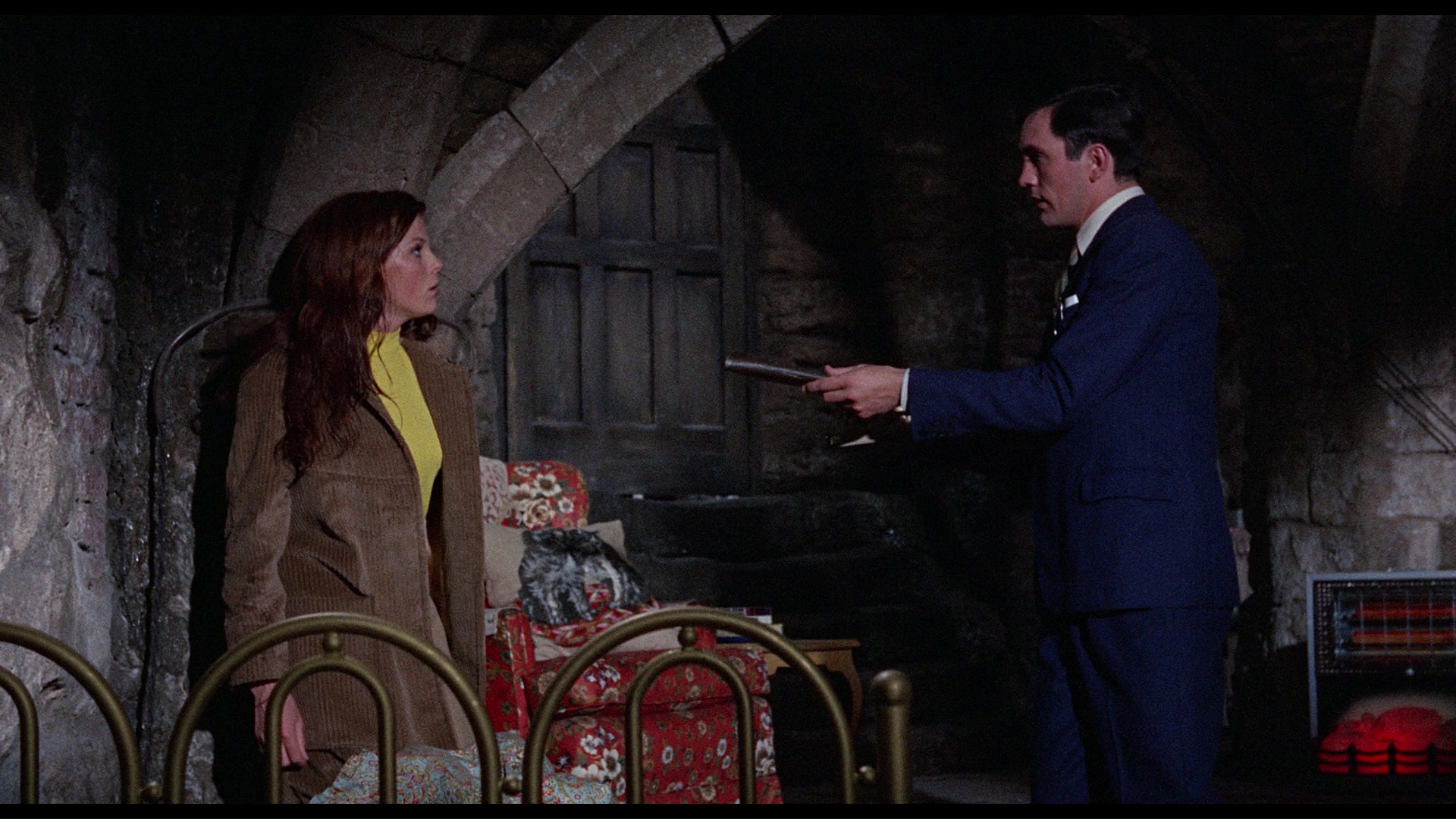 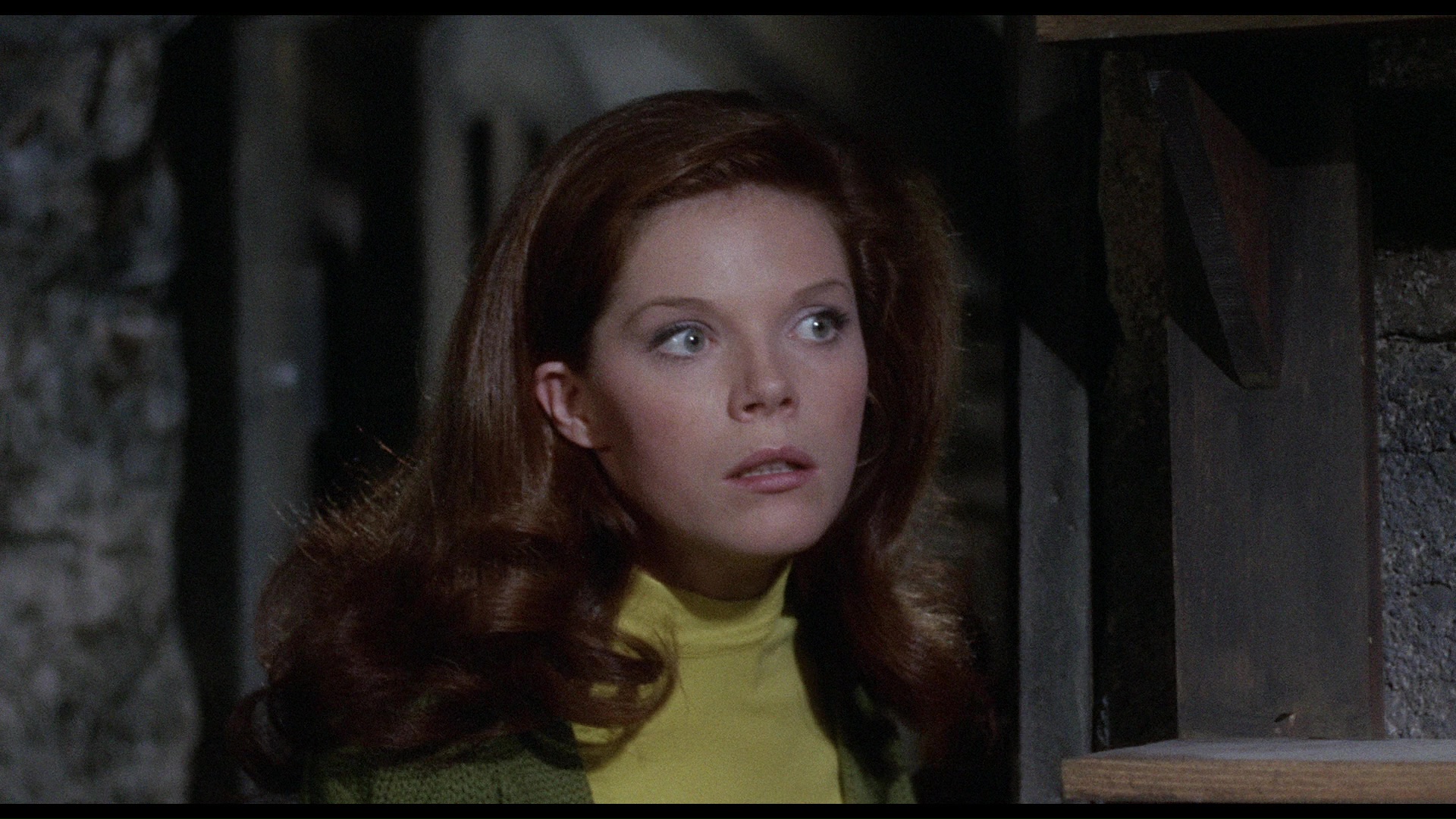 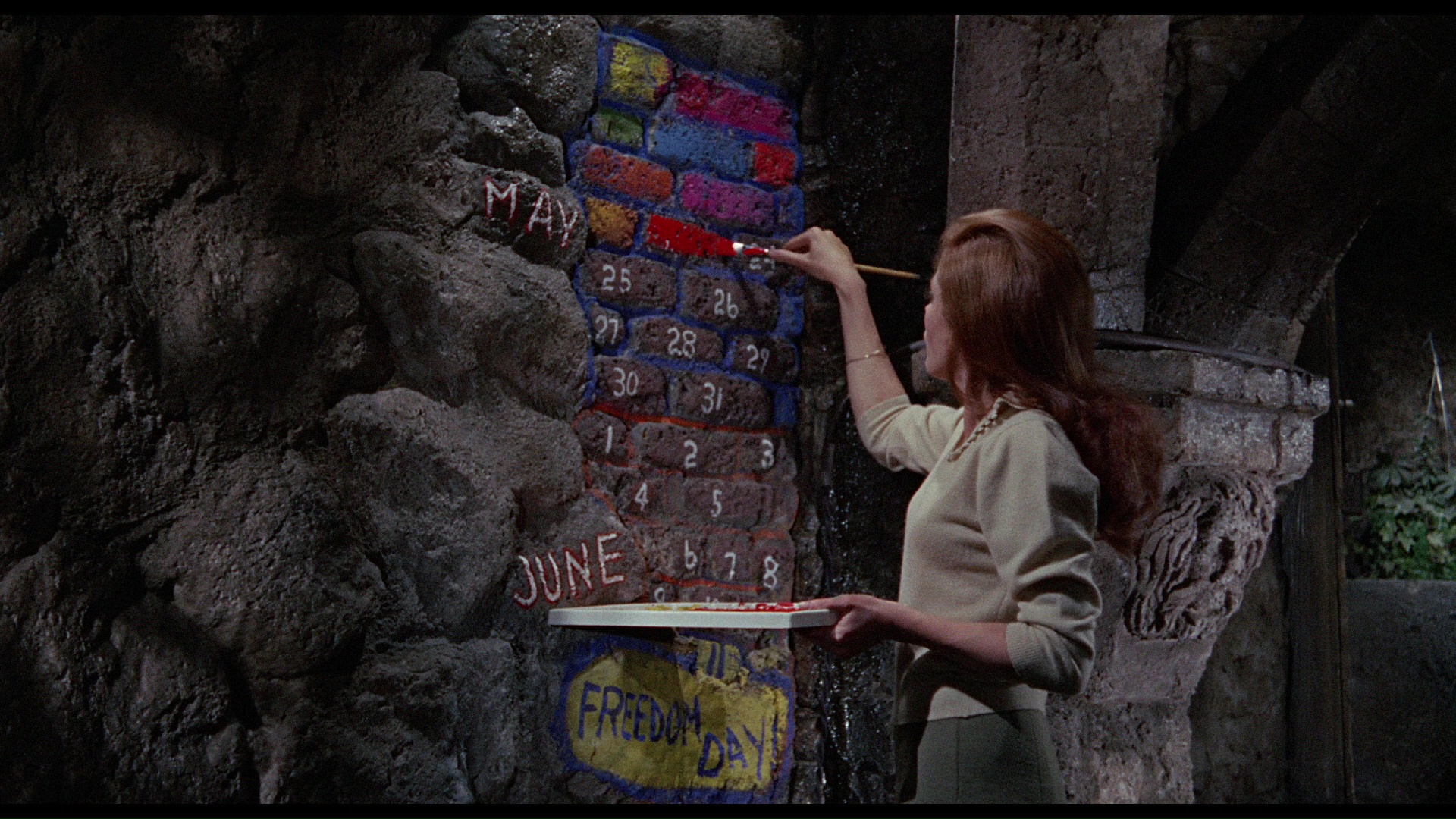 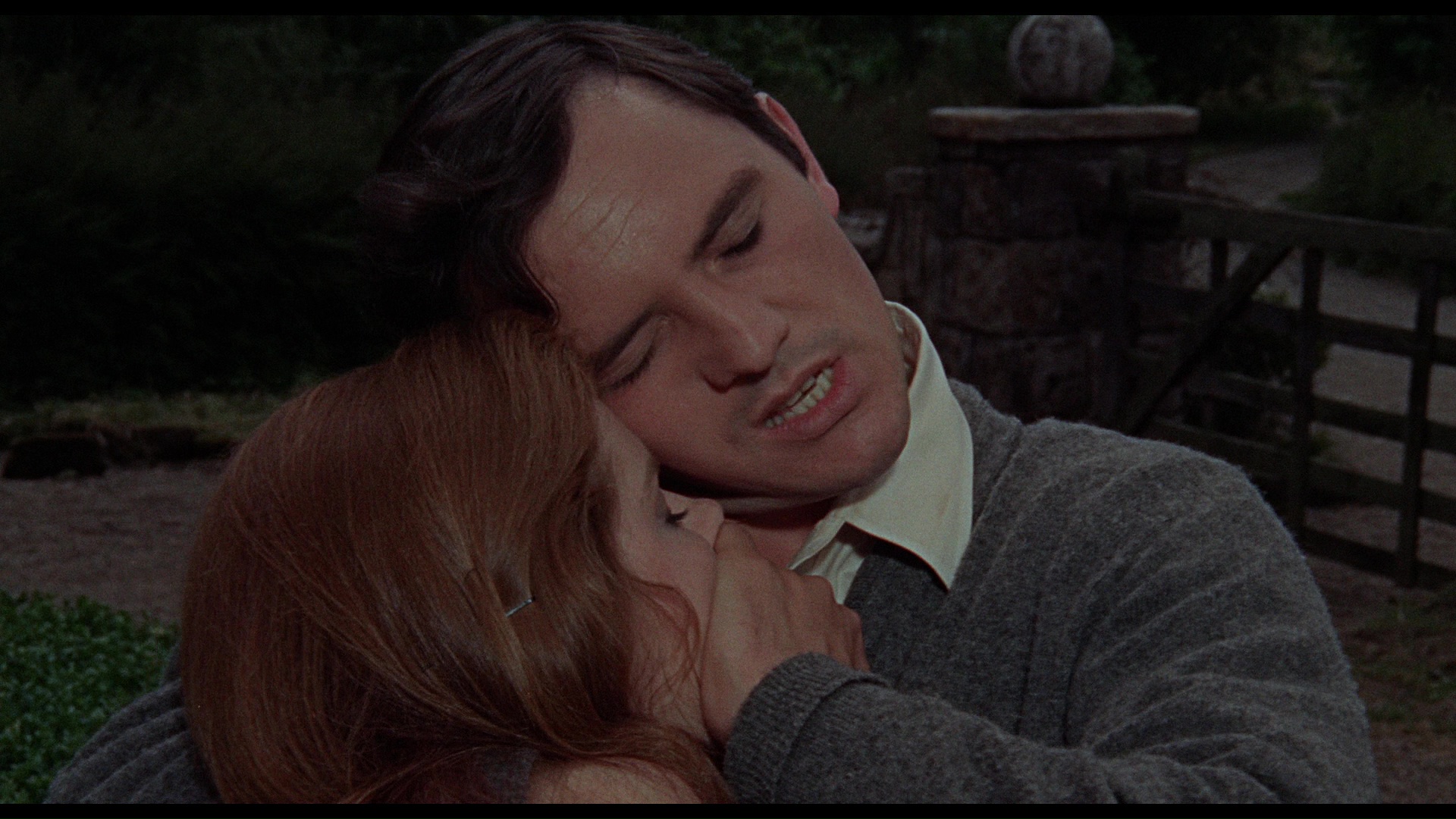 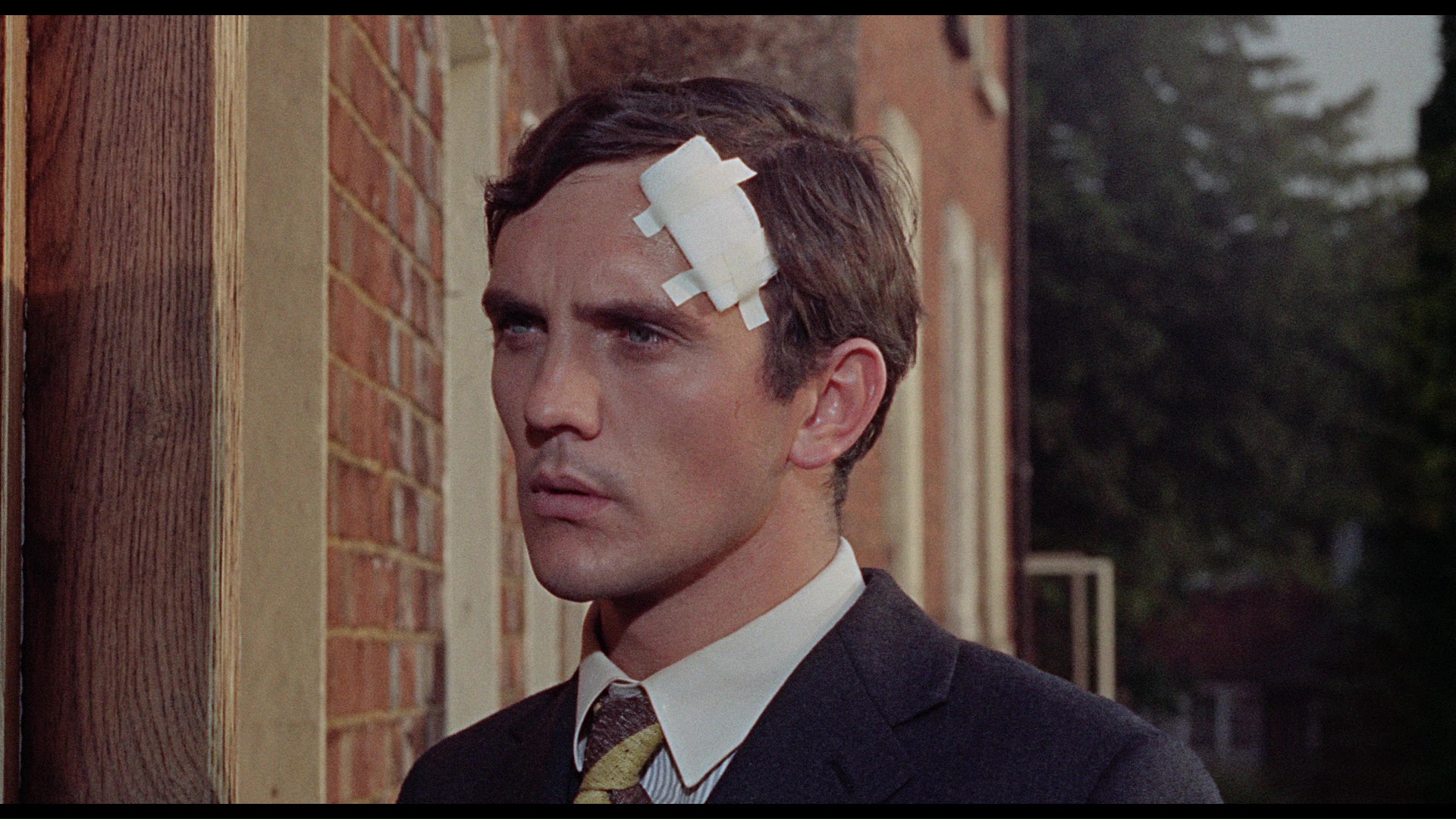