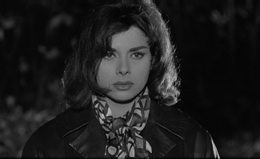 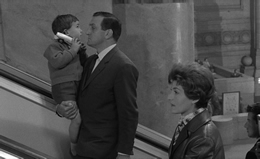 the '60s, Classe tous risques was often overlooked at the time while it was surrounded by more formally audacious crime titles like Breathless and Shoot the Piano Player. A taut, tremendously effective spin on film noir conventions, it's now seen as close in spirit to the icy films of Jean-Pierre Melville, picking apart the lifestyle and decisions of one criminal deciding his fate forever.

Lino Ventura, star of such films as Army of Shadows and The Sicilian Clan, gets one of his best roles here as Abel, a crook hiding out for years at the Swiss-Italian border with his wife, Therese (France), and their two children. With the aid of his regular partner, he arranges to do one final job to raise enough funds to get him back to Paris, but things don't quite go as planned. Stranded in Nice, he calls on some of his old colleagues to help him continue to Paris without getting caught, but they refuse to come themselves and instead send a young, presumably inexperienced stranger, Eric Stark (Belmondo), to offer some nominal aid. Eric's involvement with a down and out actress (8 1/2's Milo) complicates things even further, but a bond forms between the two men as their own codes of honor come into play.

Best known to international audiences for his '90s films like Un coeur en hiver and Nelly & Monsieur Arnaud, director Claude Sautet was still a newcomer when he made this, only his second feature film (though he had also worked as the screenwriter for the classic Eyes without a Face). He was handed an astonishing number of big guns for this film, particularly the soulful Ventura, rising star Belmondo (also in Breathless the same year and soon bound for a slew of French classics), and composer Georges Delerue, who scored another whopping 11 films the same year. The resulting film is as solid as any thriller of its time, perhaps easier to appreciate today removed from the academic dissections of the time when directors were expected to comment more explicitly on their cinematic influences. The sheer chemistry and star power of the two leads would be enough to make this essential viewing, but the fact that it's so skillfully assembled and enjoyable to watch easily closes the deal. 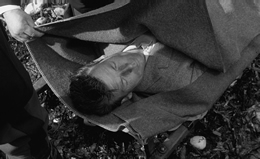 Released in America by United Artists under the title The Big Risk three years after its debut in France, this film was essentially lost to English-speaking viewers for decades until it was given a much-touted theatrical reissue in 2005 from Rialto Pictures. Not surprisingly, this led to a DVD release from Criterion in 2008, complete with 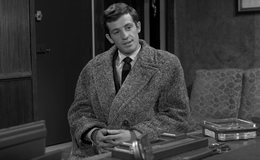 a liner notes booklet (including notes on Sautet by Jean-Pierre Melville and Bertrand Tavernier), snippets from a French TV documentary about the director, a brief archival interview excerpt with Ventura, and an video featurette with screenwriter José Giovanni.

The transfer for that release was fine for the time, but it's easily eclipsed by the dual-format edition from the BFI issued in 2014 (after a UK theatrical run in September of 2013). It looks remarkably good with pin-sharp detail, no digital manipulation of the film grain, and beautifully deep black levels. In short, it stands proudly with the best of other European classics in high def, and those who can play the Blu-ray option will find themselves amply rewarded. The optional English subtitles are excellent as usual, and the LPCM French audio is equally solid. The typically substantial liner notes booklet contains an in-depth essay by The Guardian’s John Patterson and talent bios, while the French and MGM American theatrical trailers are included. However, the biggest extra is the 35-minute "Monsieur Ventura," a retrospective about the actor's life and career originally made in 1996 by Doug Headline. It's an affectionate look at the talented actor, who was able to swing between rich pathos and hilarious comedy in a matter of a few film frames.