A director who turned out tough, complex studies in masculinity regardless of genre, Enzo G. Castellari rarely found a better home for his gritty style than The Big Racket, an unquestionable highlight of the '70s Italian crime cycle. Though other films like Lucio Fulci's Contraband surpassed 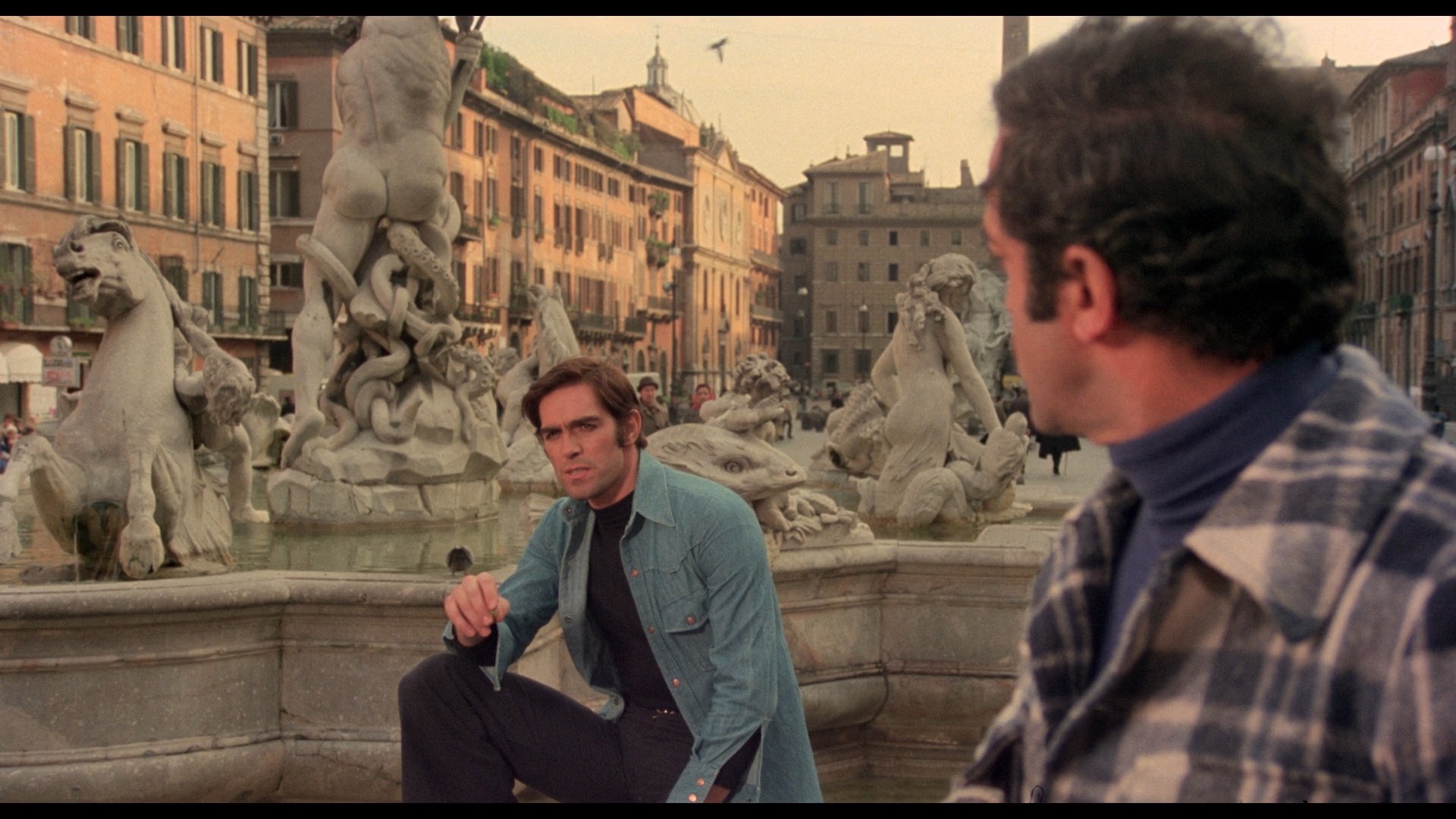 it in terms of sheer bloody brutality, this film still packs quite a punch with its visceral action sequences and surprisingly brutal storyline.

The set up is familiar territory; in a small Italian town outside Rome, criminals control the population through intimidation of small businesses and the threat of violence if protection money isn't provided. None of this sits well with cop Nico Palmieri (Testi), who uses his sources (including Pepe, a shady Vincent Gardenia) to track the underworld activities to a ruthless British crime lord (Sinclair). When his tough tactics get him fired, Palmieri decides to round up the fed-up victims for a showdown to save the town... 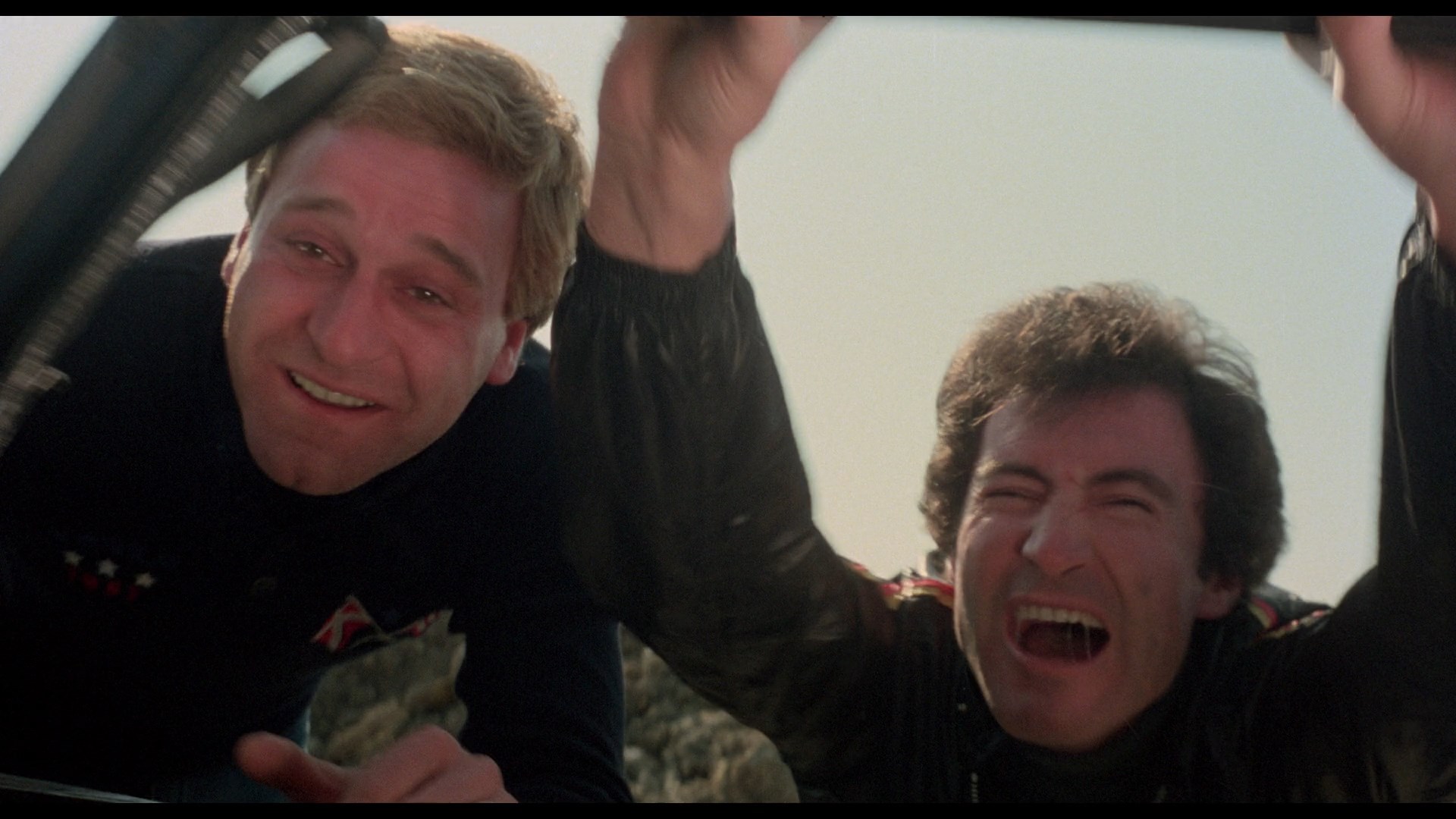 Extremely difficult to see in English for years, The Big Racket features another solid leading turn by Testi (wearing more sedate fashion than his later appearance in The Heroin Busters) as well as Gardenia, fresh off his turn as a cop in Death Wish. Along with Castellari's musuclar direction, the film benefits from an unusually nasty script (co-written by crime vet Massimo de Rita from The Valachi Papers and Revolver) as well as a solid score by Guido and Maurizio De Angelis that really should get a soundtrack release one of these days. The much-praised gunshot effects are still jolting, with plenty of wild forced perspective tricks that give each bullet hit an incredible visceral kick. 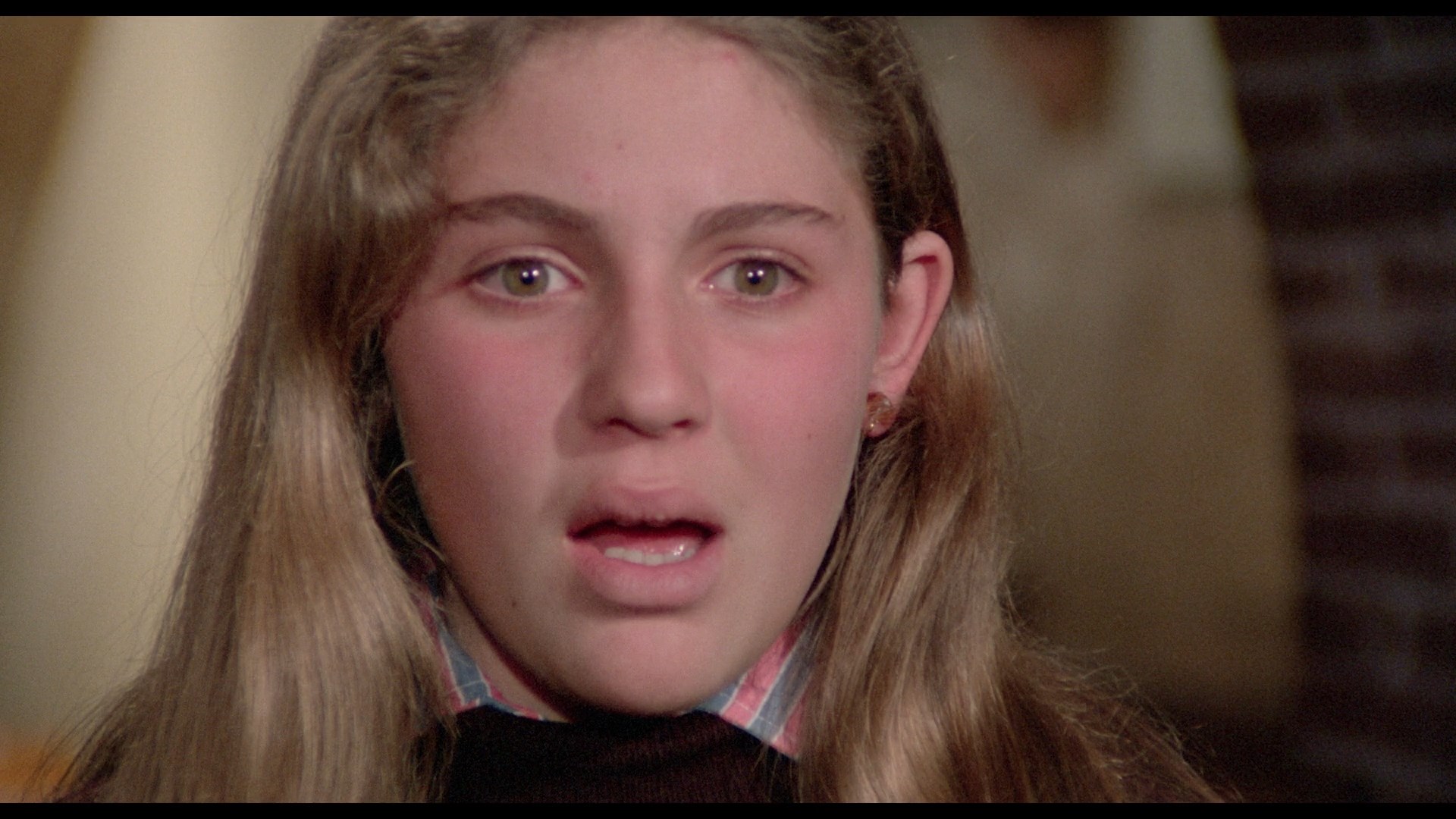 As anyone unfortunate enough to view the first DVD release from Vipco (either solo or paired up with The Violent Professionals) in the UK quickly noticed, The Big Racket fell afoul of UK censors who demanded the removal of several seconds of particularly nasty full-frontal rape footage. Fortunately (if that's the right word), Blue Underground has restored the film to its full, brutal Italian running time for this edition, which features solid image quality given the grungy, sometimes grainy appearance of the source material. The mono English track is only mediocre for the most part, but it gets the job done well enough and at least features Gardenia's original voice. Extras include the appropriately hard-hitting European theatrical trailer and an audio commentary by Castellari, who covers the high points ranging from the creation of the original script to the intricacies of staging the eye-popping shootout sequences.

The final entry in director Enzo G. Castellari's crime movie cycle of the 1970s, The Heroin Busters (released in Italy as La via della drogga) offers a particularly scuzzy, 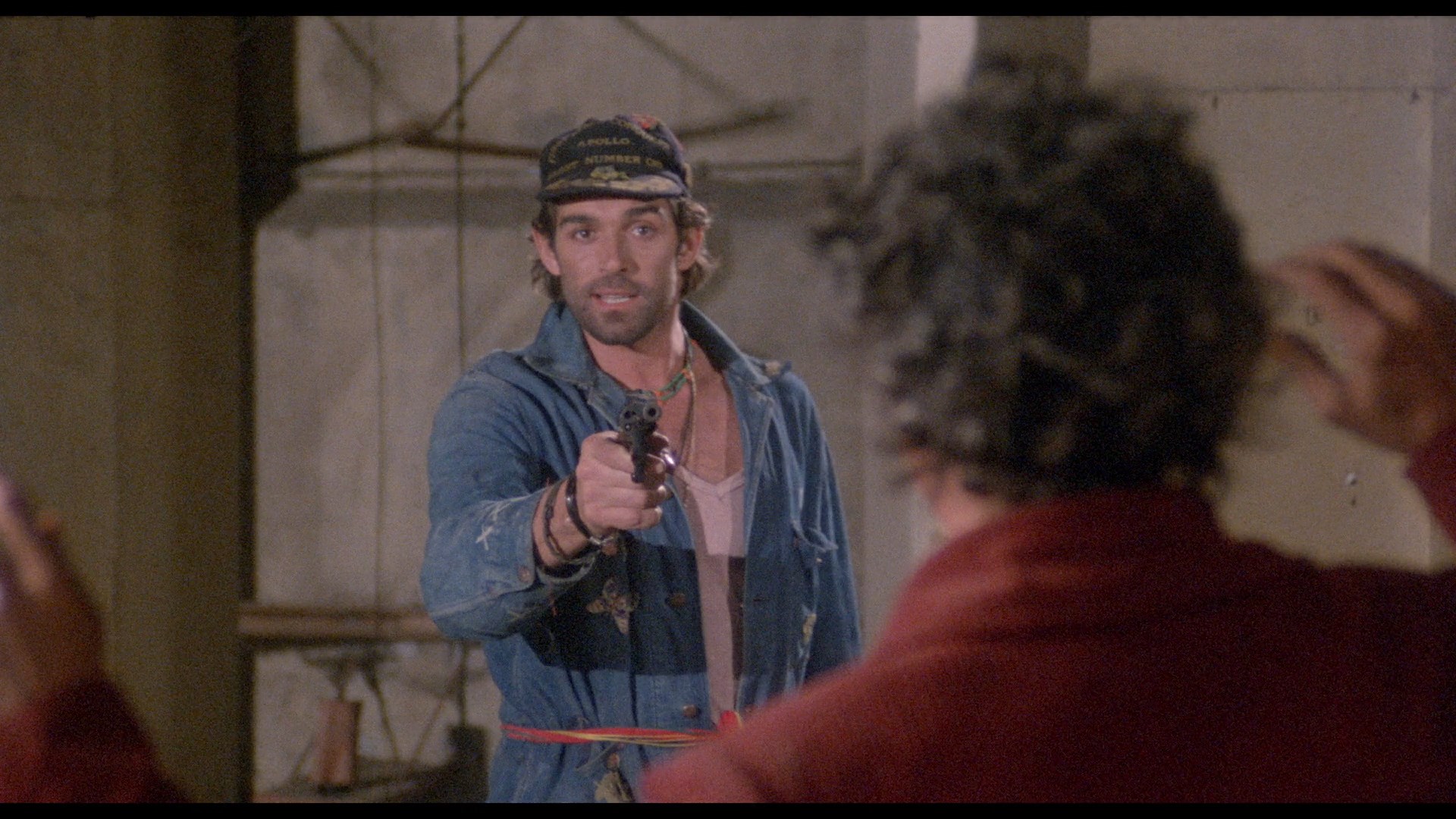 cockeyed view of Italian law enforcement. The action starts with a funky montage of drug trafficking around the world as, accompanied by the groovy strains of Goblin's score, undercover cop Fabio (Testi) poses as a drug dealer, doing business in the Far East and finally returning to Rome. There he meets British Interpol agent Mike Hamilton (Hemmings), who's concerned about keeping Fabio's identity under wraps in order to execute a plan to expose ruthless dope lord Gianni (Sinclair), whose heroin is turning the city into a writhing den of junkies.

A fiesty, stylish, and enjoyably twisted contribution to the Italian cop-film genre, The Heroin Busters never received much English-language exposure outside of a 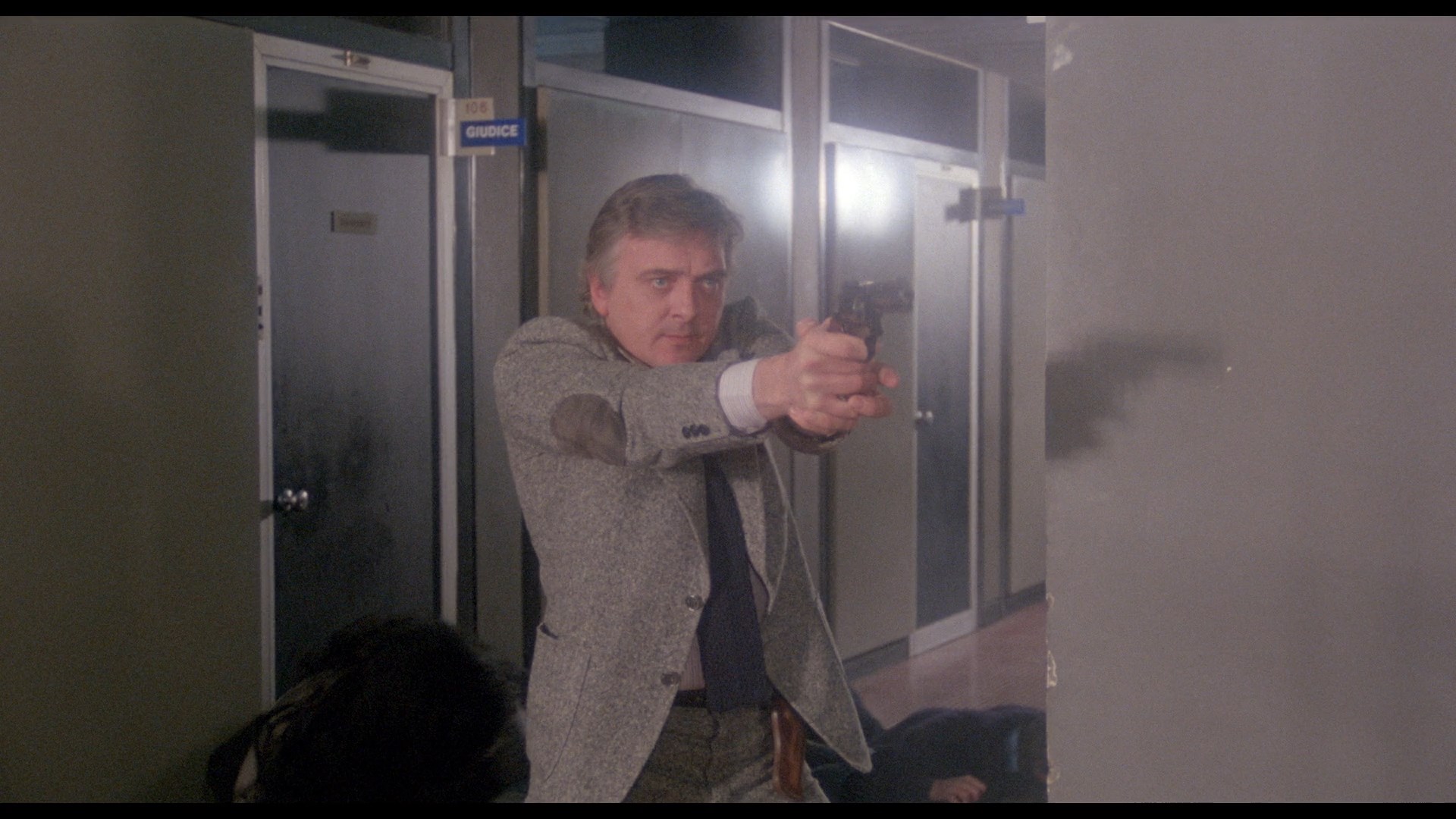 few brief European tape releases. It's a shame, as both Testi and Hemmings are reputable leading men, and their chemistry makes for an engaging and sometimes funny ride. The first half of the film is fairly sedate, with Castellari charting out the territory and even going so far as to depict the effects of heroin in unflinching detail; anyone with a phobia of needles should be prepared for some traumatic close-ups. However, the story never becomes too grim to counteract the entertainment value that explodes in the second half, which ramps up the action scenes until an incredible final half-hour that features a thrilling extended chase sequence involving motorcycles, car chases, and a wild plane pursuit with a jolting punchline (sadly given away in the trailer, so be sure to only watch it after the movie!). The aforementioned Goblin score is also a big plus; coming right on the heels of Suspiria, it's one of their best and features several funky themes guaranteed 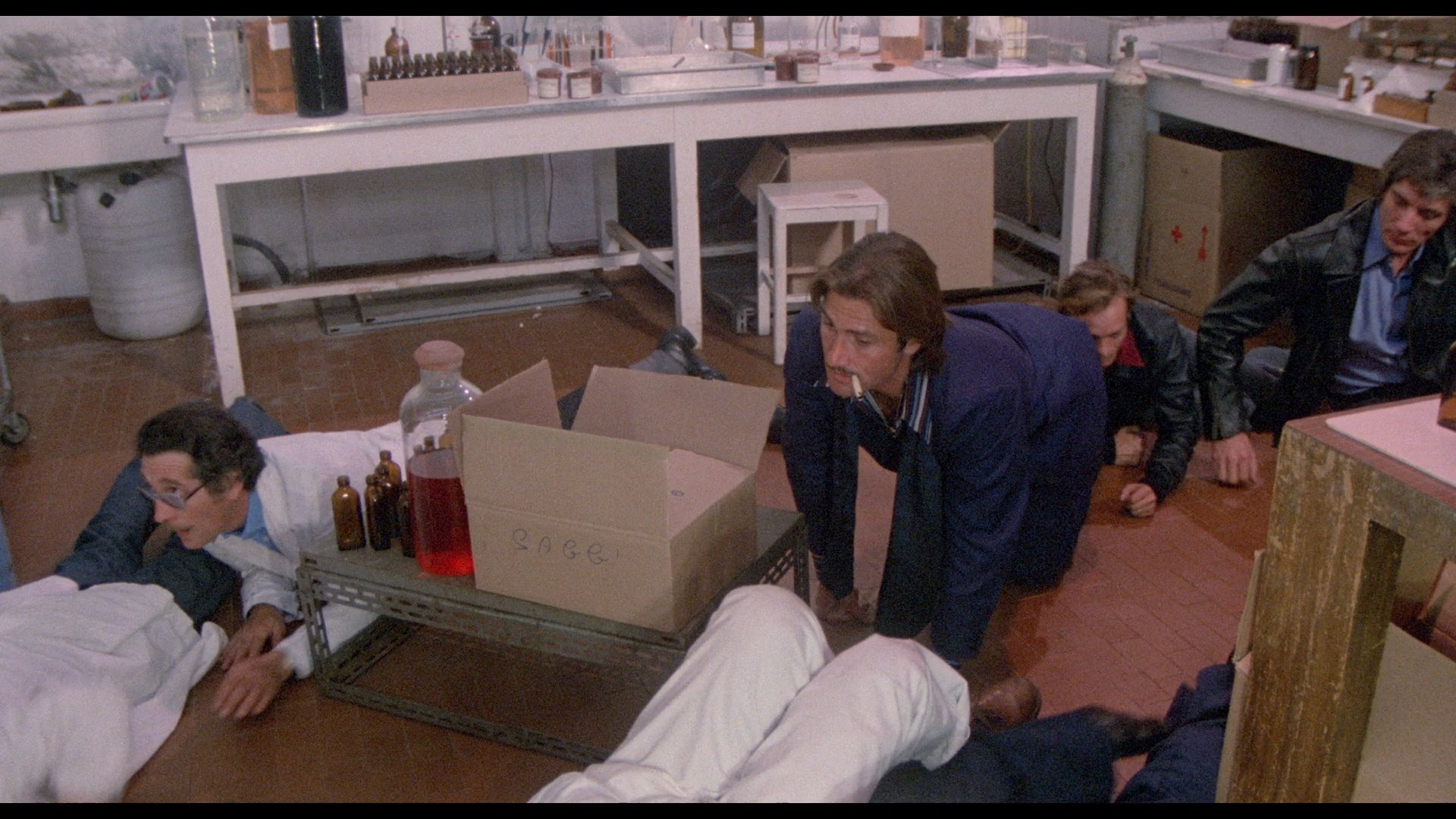 to stick in your head. There's even a scene of gratuitous T&A thrown into the mix (a familiar Castellari staple), apparently for no good reason other than giving the crowd exactly what they paid for.

Although Castellari's non-crime films tend to be stylish projects shot in scope (Keoma, etc.), during this period he tends to opt for a dark, no-fuss approach, deliberately gritty and grungy. However, Blue Underground's DVD premiere of this film still manages to look excellent, with sharp detail and vivid colors when they count, most notably during the neon-lit tunnel sequence during the climax. The English-dubbed mono audio sounds fine and makes good use of the lead actors' original voices, with Hemmings thankfully providing his own unmistakably sardonic inflection for maximum effect.

The biggest extra here is an audio commentary with Castellari, who talks about his police films as a whole and the progression that led to the making of this film. He also covers the casting process including the selection of lone Ango member Hemmings, then offers some good information about the impressive staging of the stunt sequences. Also included is the aforementioned spoiler-laden trailer.