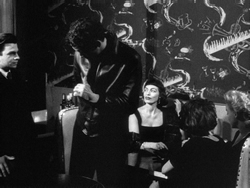 It's beyond question at this point that indie cinema would be a completely different beast without John Cassavetes, an actor who decided to shake up the studio system of film production by raising his own funds to make a movie exactly how he wanted using his friends and colleagues. The result, 1959's Shadows, turned out to be more than just a Beat-era masterpiece; its rough, improvisational quality set the stage for decades of films to come ranging from Easy Rider to Taxi Driver. Seen today, its style has become so imitated and absorbed into the mainstream that some viewers might not realize how much started here, but a look at his two films available on Blu-Ray from the BFI paints a c 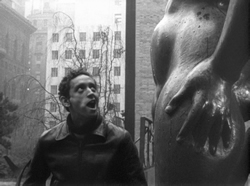 lear portrait of a directorial talent that exploded right out of the bottle.

The plot of Shadows itself is very simple and could have easily been tweaked into a more traditional message film like, say, Imitation of Life. Though she's black, Lelia (The Day of the Locust's Goldoni) is light-skinned enough to pass for white. Her two brothers have much darker skin, including jazz musician Hugh (Hurd). At first her romantic relationship with Ben (Carruthers) seems fine, but when he meets Hugh, tensions rapidly increase.

Shot on 16mm with a focus more on getting honest moments from the actors than finding technical proficiency, Shadows is definitely an actors' piece all the way; in fact, the major players keep their real first names, as the film developed out of an improvised piece Cassavetes developed with many of them during a workshop in New York. The final result wasn't made up on the spot quite as much as originally intended, however; Cassavetes famously went back and reshot much of the film to clarify character and story points, though some of the more piercing moments from the original shoot still remain. (That may also be way a few shots are left in that go wildly out of focus.)

Shadows originally appeared on DVD from Pioneer in a very dated transfer from an older tape master, but it was overhauled on DVD first for a Criterion release and then a UK edition from 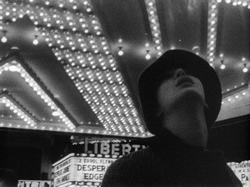 Optimum. Most versions of the film now circulating originate with a new negative created in coordination with the Museum of Modern Art culling together the damaged 16mm negative with two other print sources; the replacements are easy to spot near the end of the film when the quality takes a dip now and then, but overall this one was saved from oblivion just in the nick of time. However, the BFI edition on Blu-Ray (with a DVD also packed inside containing additional SD extras) is easily the most visually impressive presentation of the film to date; yes, it's always going to be a rough, grainy film, but the uptick in detail is substantial indeed with much higher resolution than any of the DVD predecessors could have indicated. The sole extra on the Blu-Ray edition is an audio commentary with Cassavetes regular Seymour Cassel and Tom Charity, recorded for the Optimum edition; it's a very informative chat talking about Cassavetes' famous media pitch for funding, finding shooting locations, and conditioning actors to displaying "truth" on camera. The DVD also includes four minutes of silent rehearsal footage (found on previous editions), the trailer, and a 13-minute Peter Falk interview about working with Cassavetes. The thick liner notes booklet includes essays by Michael Atkinson (who draws some parallels bet 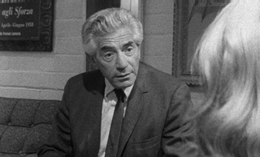 ween this and the same year's The 400 Blows), Brian Morton, Robert Vas, and written recollections from the late Cassavetes himself.

After this film, Cassavetes helmed two studio films, Too Late Blues (for Paramount, an excellent and fascinating companion piece to Shadows) and A Child Is Waiting (for United Artists), which essentially drove him back to another indie project, Faces. A powerhouse of acting virtuosity, this one is the first fully realized Cassevetes film as the world would come to recognize it primarily thanks to the first lead role he crafted for his real-life wife, Gena Rowlands, as Jeannie, a woman who becomes involved with married Richard (The Dead Are Alive's John Marley). Meanwhile Richard's wife, Maria (Deathdream's Carlin), becomes involved with floppy-haired Chet (Cassel), and the domestic fireworks really begin. 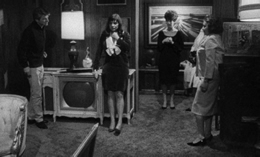 A key Cassavetes film no matter how you look at it, Faces features searing performances even from its first-time performers and sets the stage for his later masterpieces like Husbands and A Woman Under the Influence. While Rowland definitely had meatier parts in later films, it's fascinating to watch her lay the groundwork here for her subsequent work alongside amazing turns by Carlin (who had never acted before), Cassel, and Marley, who was usually stuck doing supporting roles in films like The Godfather. The film has still held up amazingly well, and it manages to make its seemingly daunting running time fly by thanks to the intensity of everyone onscreen.

Also shot under very low budget conditions but at least more polished professionally (on a marginal scale), this film has also been something of a 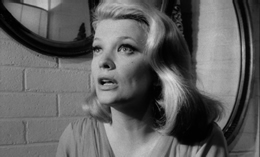 challenge on home video given its intensely grainy appearance and tricky aspect ratio of 1.66:1. The Criterion version was correctly framed, but the Pioneer and Optimum weren't. By comparison, the BFI one easily surpasses them all with a richly textured HD transfer that feels much more like a fresh print unspooling from a projector; as a consequence, the whole film has a tactile brilliance never captured by its SD counterparts. Unlike the Shadows Blu-Ray, this one has no extras but does feature bonuses on the accompanying DVD version including the 17-minute alternate opening sequence edited by Cassavetes (basically shuffling some scenes around, also present in the Criterion box set) along with commentary by Peter Bogdanovich and associate producer Al Ruban. Cassel also returns for a video interview, reiterating some of the points from his commentary while offering some details about his first big Cassavetes role and how the director approached both his seasoned and new actors to coax such realistic performances. Finally the enclosed booklet features essays by Tom Charity (who covers the film from the vantage point of "being the designated driver at a drunken party with people you're not so fond of, except for maybe that beautiful blonde in the corner") along with its play origins, a retrospective piece by Al Ruban, a Cassevetes interview about the film with David Austen, and a review by Jan Dawson.