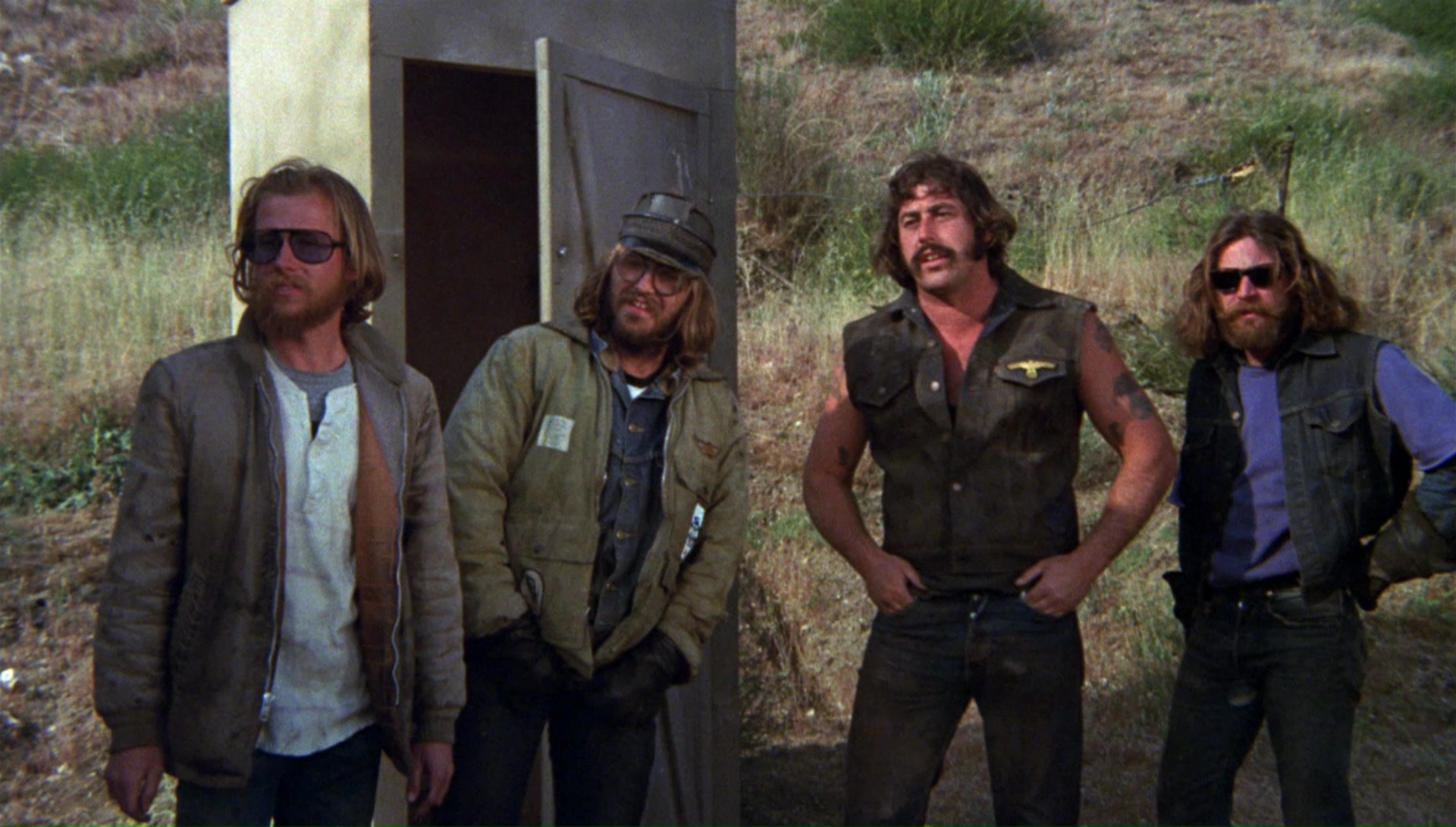 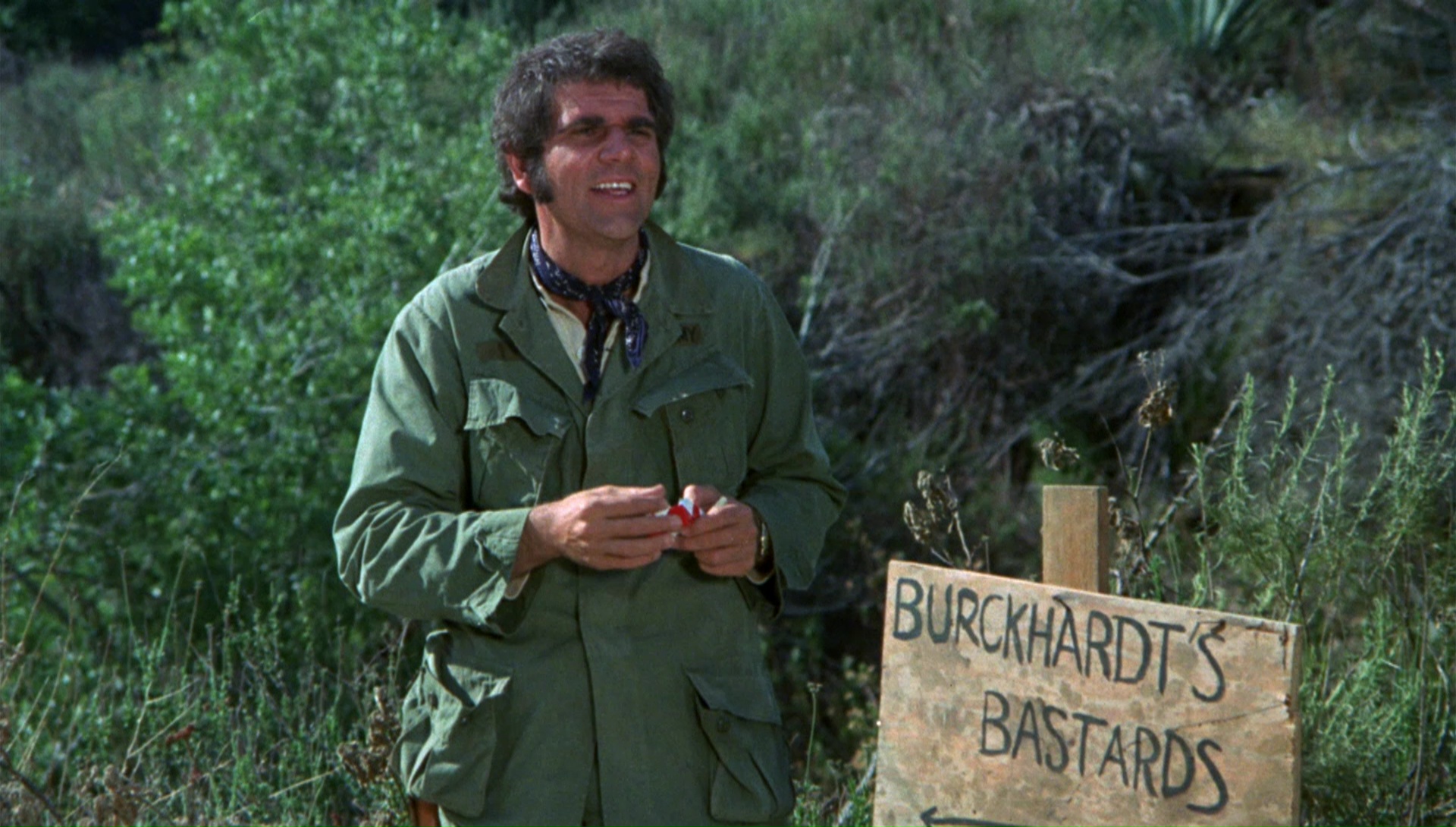 While thumbing their way through Mexico, draft dodger Kevin (Johnny Got His Gun's Kaufmann) and his blonde squeeze Terry (Lady in a Cage's Billingsley) run afoul of a group of unruly American mercenaries led by the Colonel (Blacula's Macaulay). Filled with violent impulses as well as their share of alcohol and weed, the men aren't exactly schooled in social graces and quickly come up with a plan to fight each othefr for first dibs on Terry after their most savage member, Wicks (Motor Psycho's Rocco), tries to attack her. Kevin slips away for help as the barbaric contest begins, but when local law enforcement proves to be less than helpful, he's left to his own devices as the number of brute corps begins to dwindle.

Shot on the cheap and barely released by General Film Corporation (while bypassing VHS altogether), this seedy, ramshackle slice of drive-in junk food gets by primarily on the strength of its overqualified cast, which also includes veteran character actor Michael Pataki (Grave of the Vampire) and theater regular Paul Carr (Ben). The locations look a lot like the same territory mined in most of the Harry Novak sexploitation films around the same time, and thanks to the plentiful doses of nudity and blood, it often feels like a Novak film,too, right down to the uneven pacing. It's hardly an unheralded classic by any means, but if want a quick fix of early '70s desert action with actors chasing each other around in the brush trying to get it on with a shapely blonde, this should be enough to kill a slow afternoon.

Code Red's 2011 DVD from the original IP didn't have anything to compete against on home video, and it actually looks pretty impressive; colors have that rich, saturated quality found in many of the better Something Weird titles, including 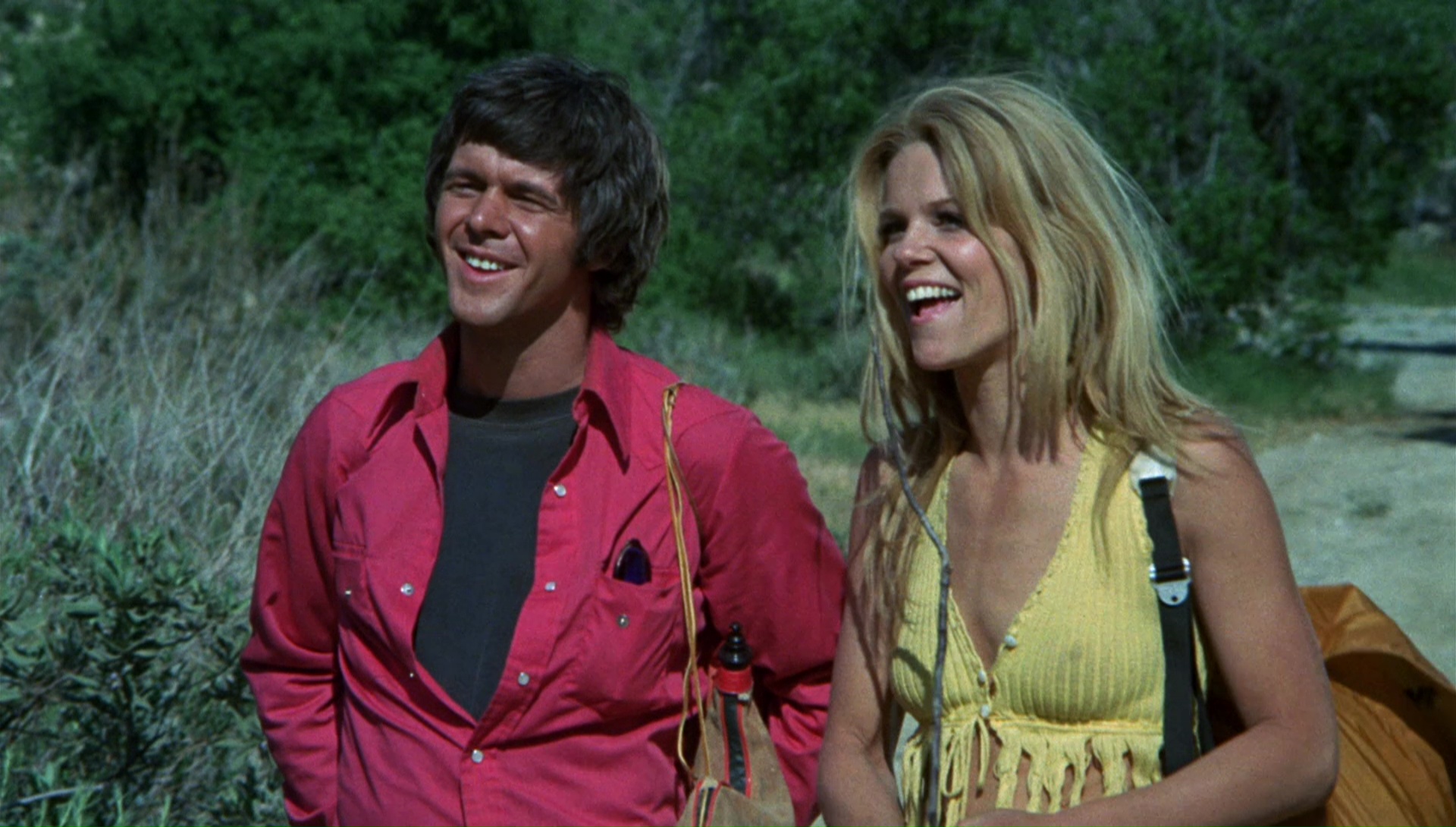 those beloved glowing ose and blue hues in the very '70s fashions. 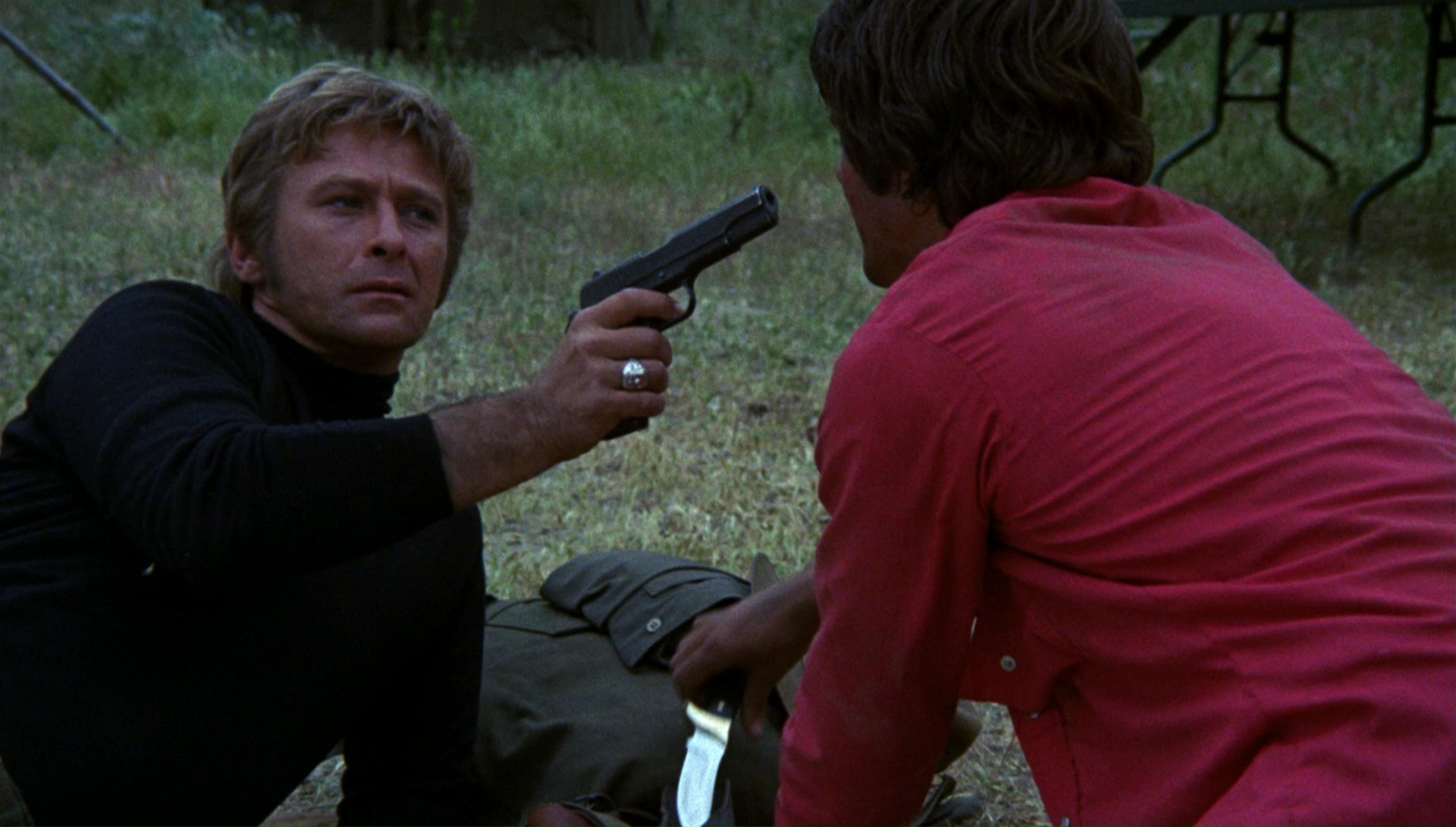 Writer/producer Michael Kars contributes an audio commentary track talking about everything from trips around the San Fernando Valley finding faux-Mexican locations to the logistics of the final evacuated town showdown. Meanwhile actors Felton Parry and Parker West appear for genial video interviews, talking about their other major '70s credits, the hot shooting conditions, and the demands of running around covered in dirt and grime. The package is rounded out with a pair of theatrical trailers and a TV spot.

In 2016, the label revisited the title for a Blu-ray sold through Screen Archives sporting a new HD transfer done in 2015. As expected it's similar in color scheme but a nice bump in resolution with somewhat more consistent color timing from shot to shot. It's really hard to imagine this looking any better; it's pretty much spotless all the way through, and the DTS-HD MA two-channel English audio is also in great shape. Every extra from the DVD has been ported over, while a "Katarina's Bucketlist Mode" has been added with hostess Katarina Leigh Waters has been added. As usual the perky host (wearing a very odd bald cap and firing bullets at that banana guy) shares lots of info about the cast and crew, making it a bit easier to pinpoint where you've seen them before.