Thanks to late night television and the usual canny tactics of K. Gordon Murray, that infamous importer of Mexican fantastic delights, The Brainiac has become a long cherished gem of sleaze cinema still capable of making 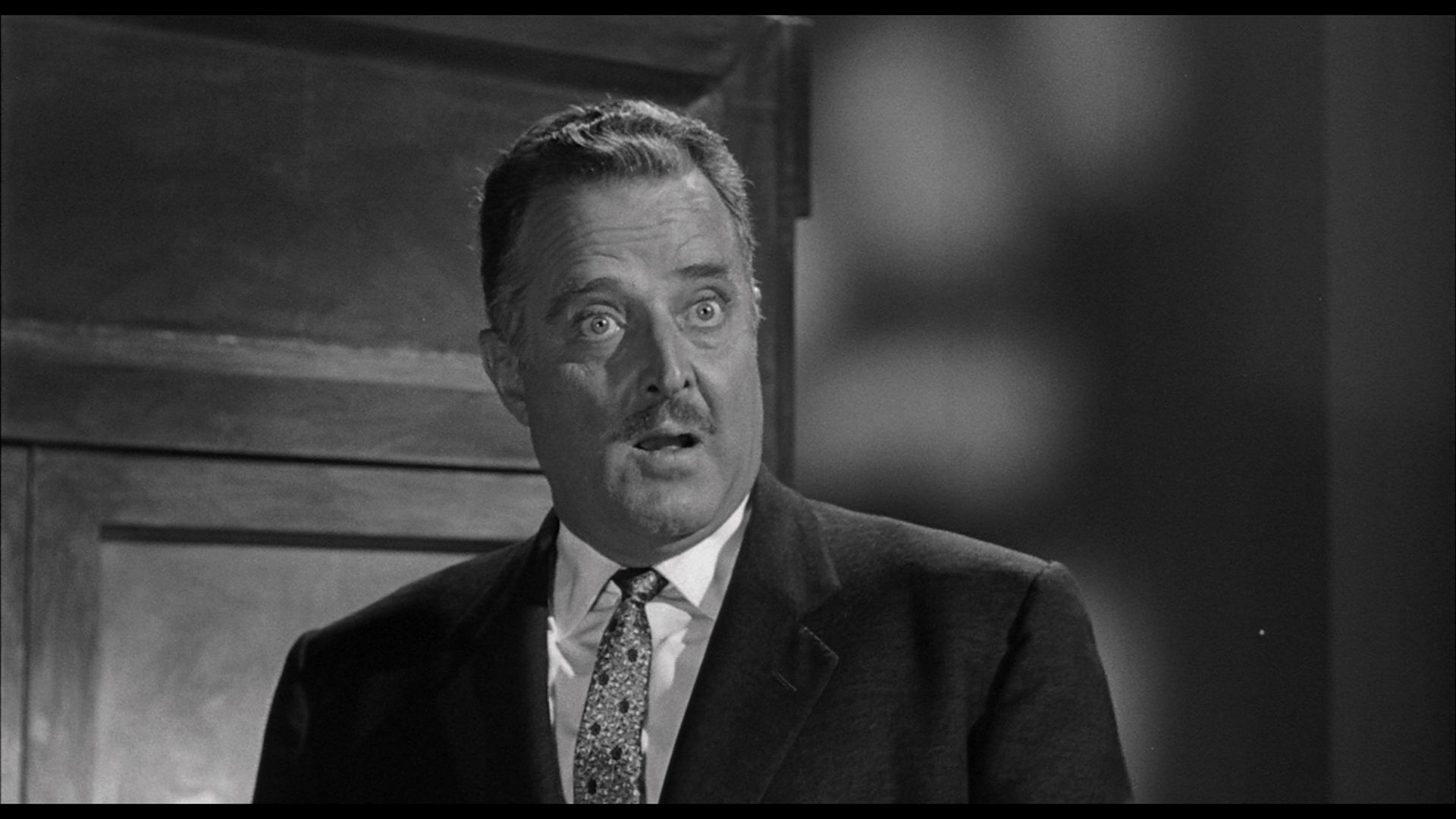 jaws drop today. Though the plotline isn't much more than a desexualized rehash of Mario Bava's Black Sunday with a hint of sci-fi, the film is so bizarre and compelling that it stands up just fine on its own terms as well.

In the extended prologue sequence set in 1661, the black cloaked members of the Mexican inquisition accuse the decadent Baron Vitelius (Abel 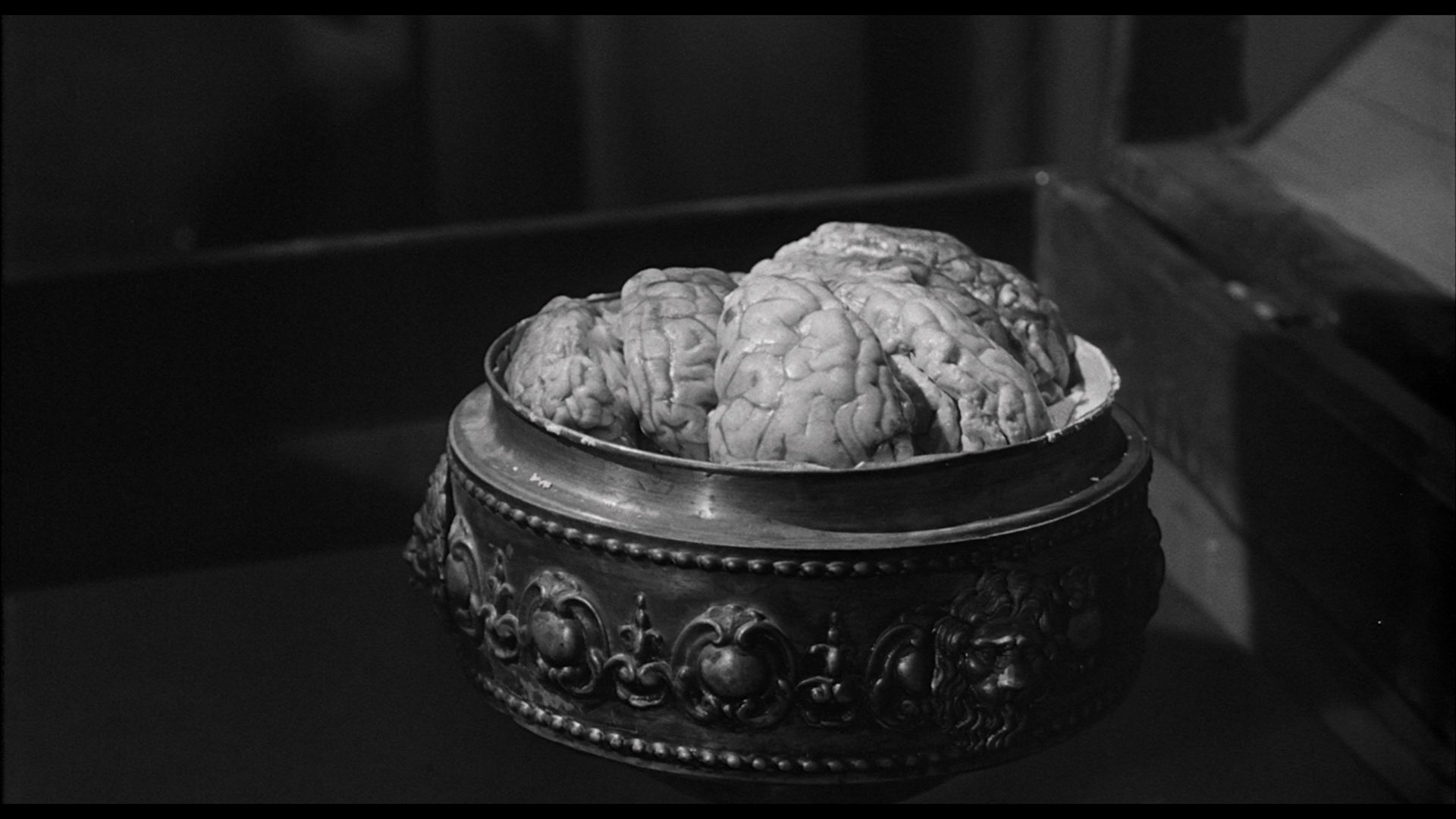 Salazar) of consorting with the devil. The Baron laughs off their threats and puts a curse upon the Inquisition's descendants, a decree which takes three hundred years to come to pass. In 1961, a comet streaks through the sky and, upon hitting the earth, unleashes the title creature, a hairy, big-headed incarnation of Vitelius capable of rendering itself invisible and sucking out the brains of hapless victims. In a human disguise, Vitelius holds chic dinner parties for his potential victims, then transforms into his natural state every now and then to suck out their brains via his fork shaped tongue. Naturally he also stashes away some of the leftover brains for later feedings, a practice his servants somehow fail to notice. The flaky Professor Milan (Luis Aragon) and the ingenuous Ronald (Ruben Rojo) and pretty Vicky (Ariadna Welter) try to solve the mystery of the Baron's return, while around them people are dropping like flies with little interference from the dimwitted police.

Alternately unnerving and hysterical, The Brainiac is a genuinely surreal experience, just as one might expect from director Chano Ureta (who also helmed the equally worthwhile The Witch's Mirror). The moody lighting and gothic atmosphere are thrown askew at every turn by the absurd dialogue (which may been played straight 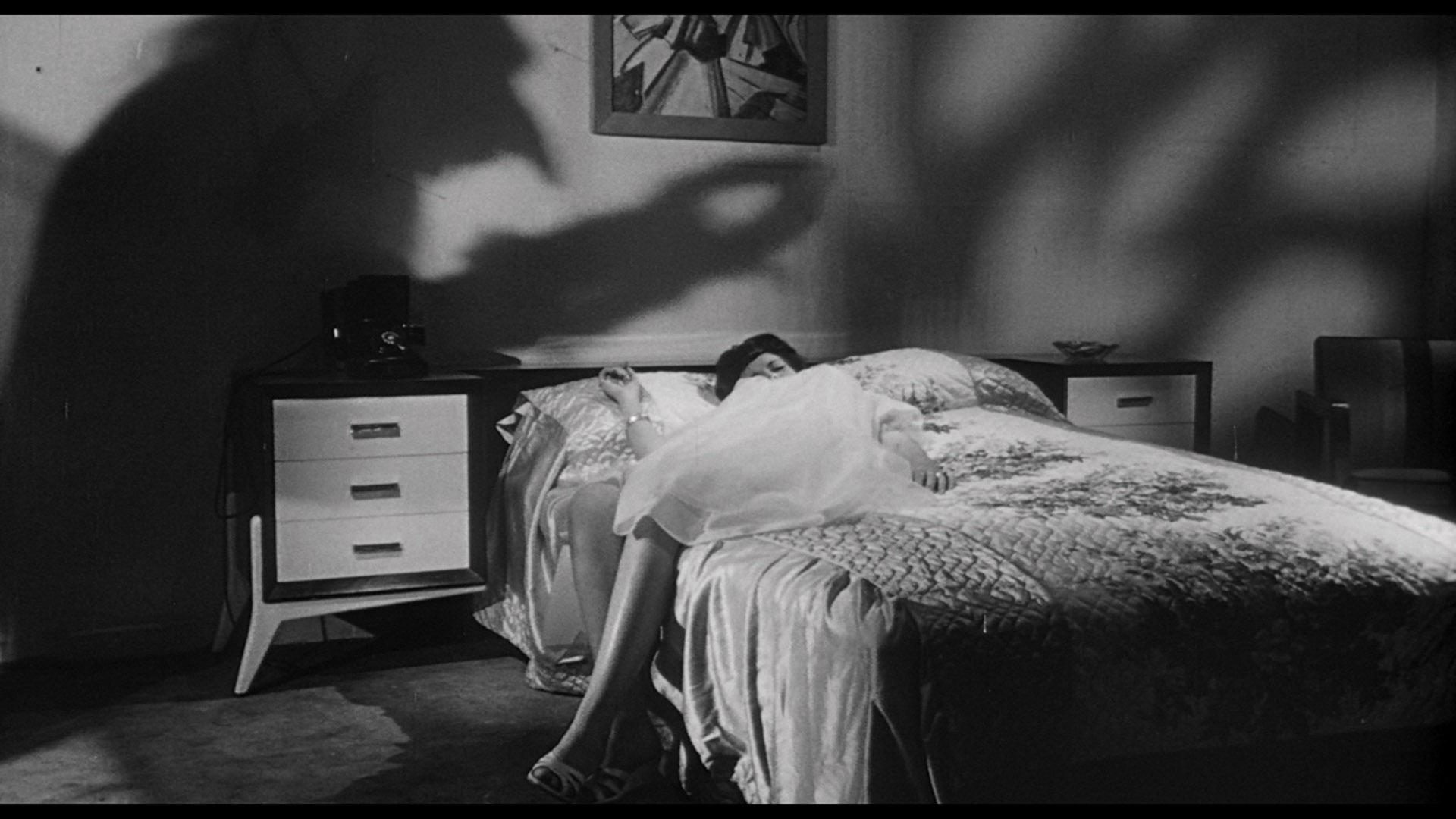 in the Mexican version, for all we know), and the plot contains enough unexpected twists and turns to keep viewers wide awake until the mindblowing -- err, flamethrowing -- climax, which includes a nifty nod to Horror of Dracula for good measure. Nowhere even close to a "good" film, The Brainiac is an acquired taste but well worth the effort.

Beverly Wilshire's DVD is one of their better efforts, which means it's about the same as those battered prints shown on TV. It's a little better than the PD tapes which used to float around from companies like Sinister Cinema, and considering its current unavailability in any format (and bearing in mind BW's apparent collapse), the title is well worth snapping up. Contrast is fairly weak but acceptable, and the print damage is about the same as past video editions. Audio is dull and flat but always understandable, basically equivalent to a videotape. It's a budget label release all the way, right down to the amateurish packaging, but at least in this case you do get your money's worth.