Earning a dubious distinction in the horror history books as the first (and for a while, only) shot-on-video gore film with a 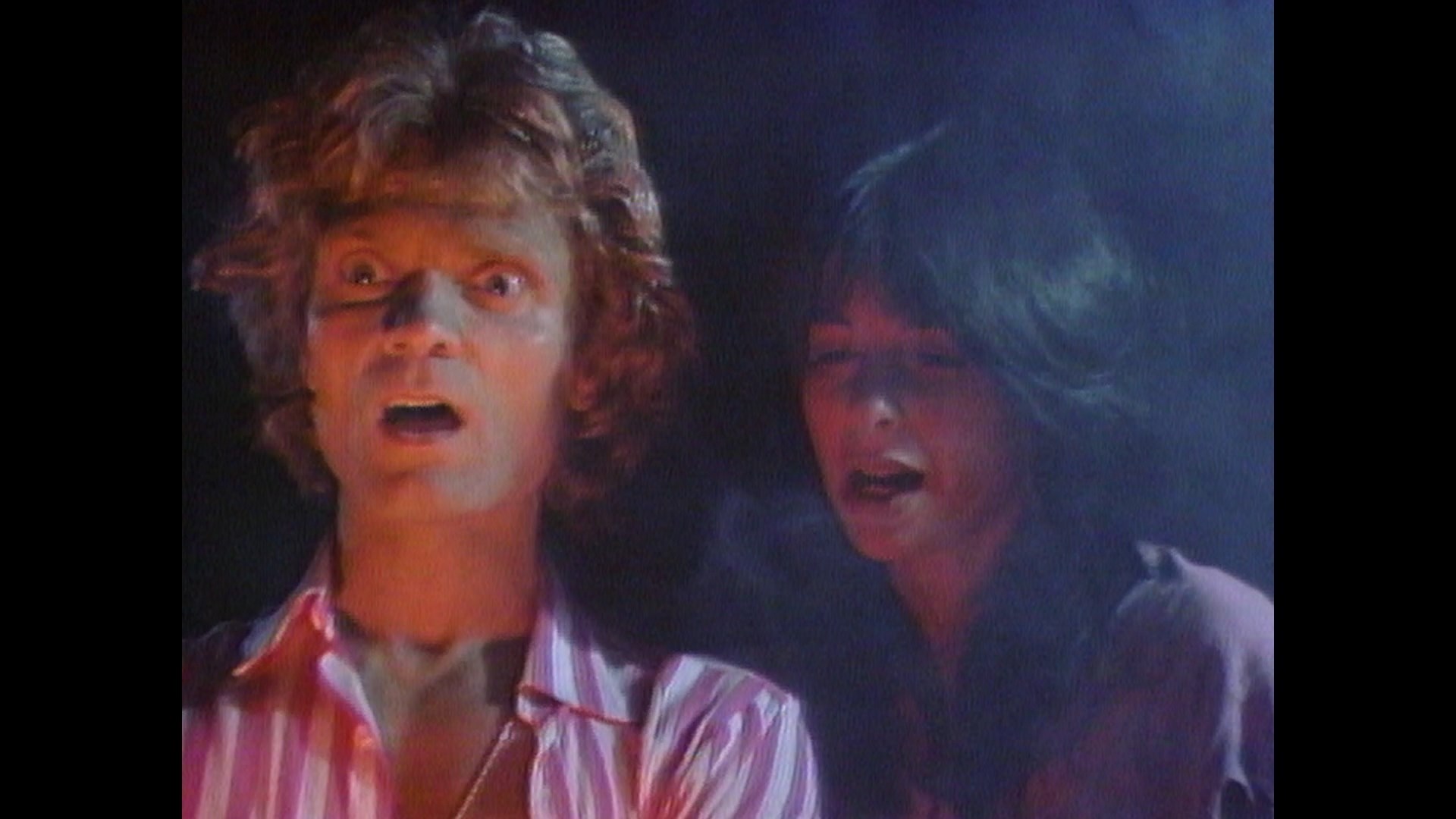 theatrical release, this ultra-cheap labor of love managed to spawn decades of do-it-yourself Camcorder curios ranging from early adopters like The Ripper (anybody remember that one?) and Video Violence all the way to today's straight-to-video gorefests. Is it actually any good? Well, no, not really, but its impoverished execution can be endearing if you're not expecting anything even remotely close to a genuine horror film.

Trying to form a coherent synopsis for Boarding House (or as the slapdash title card tags it, Boardinghouse) is quite impossible, but for the record, it starts off with a rambling backstory rolling across the screen apparently shot off the screen of an Apple IIe. The action kicks off at the titular house, which is apparently being menaced by a dark, evil force (i.e., a very funny video superimposition) that kills people, usually when they're near the kitchen or anything watery like a swimming pool or shower. (The beginning of the movie also warns us, William Castle style, that a spooky noise or visual will announce any upcoming traumatic scenes, but this gets abandoned very early on.) Enter Jim Royce (played by director Wintergate), a telekinetic, womanizing playboy who inherits the house and decides to open it up to any nearby homeless California women with big breasts. Some of the women have horrible hallucinations, and one by one they die when they're not busy getting it on with their landlord. 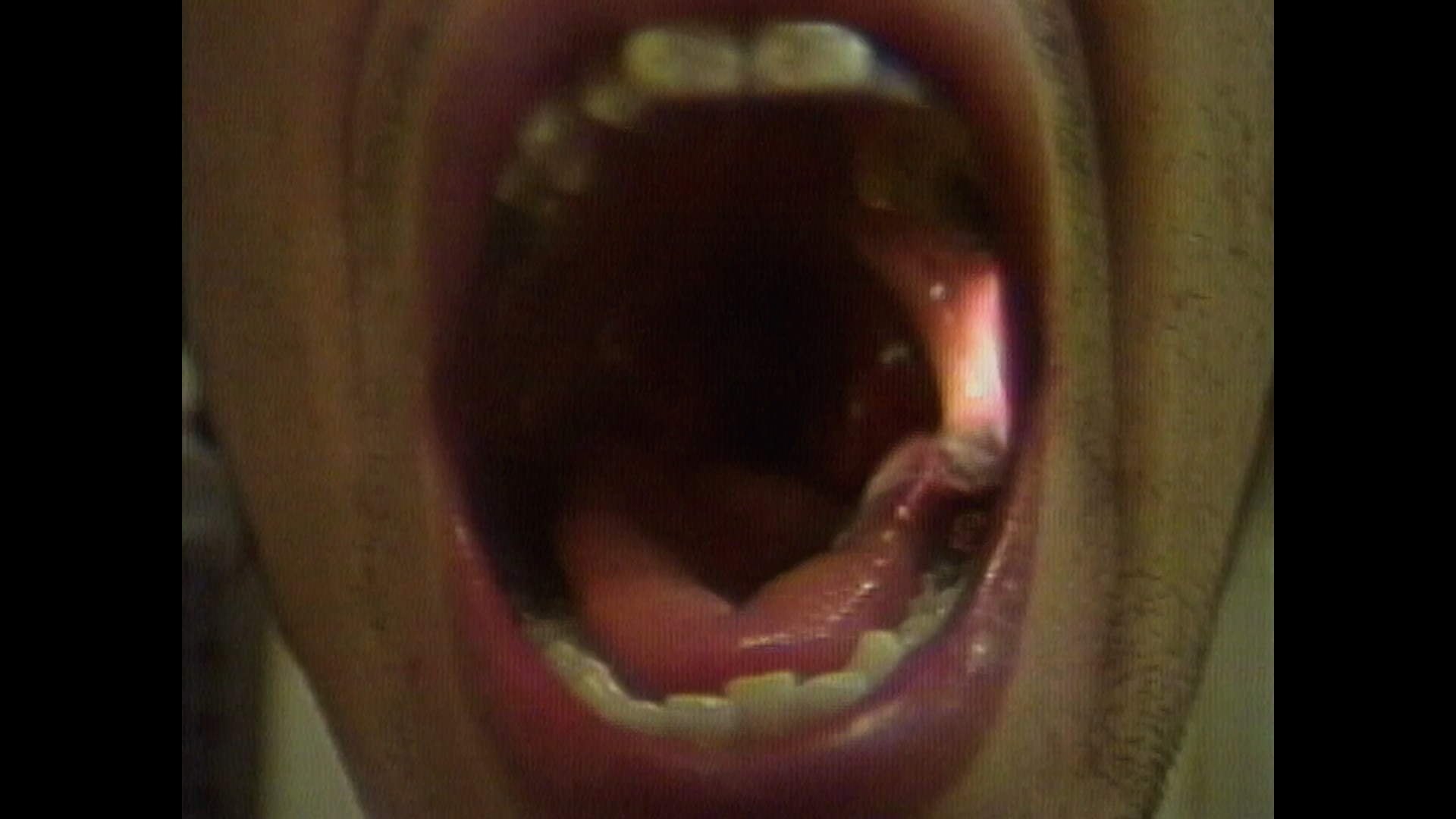 Complete with unconvincing demons, a bizarre dual role for its leading man, and the most pandering T&A and "gore" effects even inflicted on an audience, Boarding House certainly can't be called dull even if its artistic abilities never rise above public access levels. Nobody involved went on to anything else of note, but at least their film managed to squeak out into theaters at the height of the slasher craze and thoroughly confuse viewers who were absorbing a diet of Lucio Fulci imports. The basement band synth score and inscrutable videography also contribute to the air of an early '80s home movie shot in some jabbering, mystical parallel universe. Don't say you weren't warned.

Briefly released on tape from Paragon back in the early '80s, Boarding House went out of commission for many years (and according to the filmmakers, they got screwed over on the theatrical distribution while the VHS edition was completely unauthorized, which is questionable given Paragon's otherwise legit status). The feature looks about as good as could be expected; for what it's worth, this is much sharper and 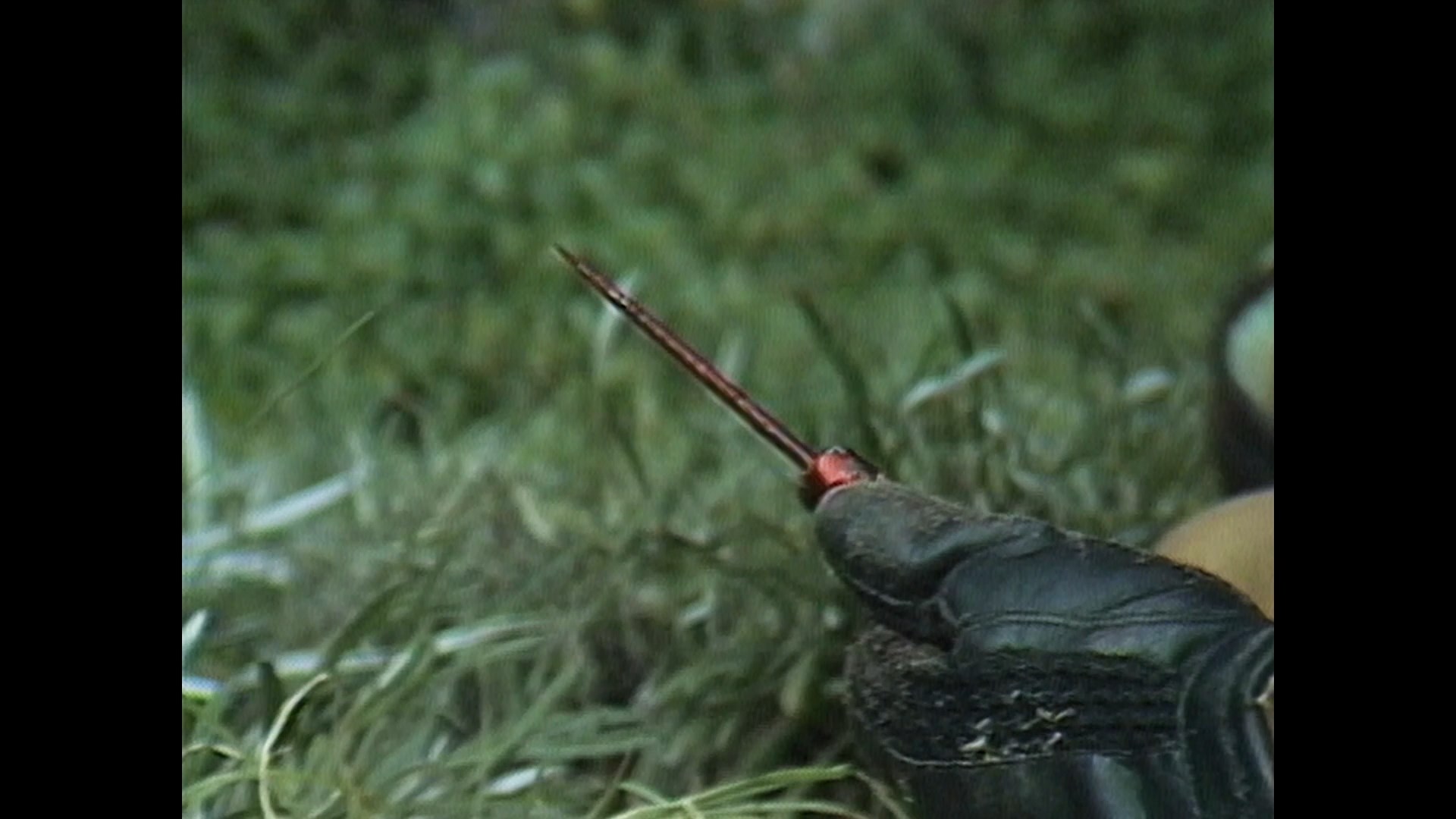 cleaner than the old tape version, but that basically just means you can make out some facial features this time around. Ditto for the mono audio, which is about what you would expect from a video camera. While the film was matted off for its theatrical exhibition, the DVD is appropriately presented in full frame as originally shot.

No one seemed to know anything about this film when it came out or in the ensuing years, so Code Red's DVD finally answers the question, "Just who the heck are these people, anyway?" Apparent fans of mysticism and definitely not familiar with the horror genre as a whole, Wintergate and wife/co-star Kalassu turn up for a "spooky" video intro, a commentary track (moderated by Lee Christian and Jeff McKay), and a video interview. Among the tidbits provided, you'll learn that the film was originally shot as a horror spoof but was considerably reworked once it was picked up for distribution (a sense of humor certainly would have helped), a script has been written for Boarding House 2 (the mind boggles, though it would probably come out looking a lot like Ted V. Mikels' last two features), what they've been doing since they finished the film and took off from California, and how much they enjoyed seeing it on a theatrical double bill with Jaws (though given its vintage, it was more likely screening with one of the sequels). Other extras include two suitably ratty TV spots and some more upcoming Code Red release trailers including Nightmare (yay!), Can I Do It Til I Need Glass?, The Dead Pit, The Chilling, and Sole Survivor.

After Code Red's license ran out, Slasher Video jumped in with a staggering special edition highlighted by the usual theatrical cut and a previously unseen director's cut clocking in at a jaw-dropping two hours and 37 minutes. It's doubtful too many people will make that latter version their default viewing options, but it's worth a look at least once to see what the film feels like when drawn out to Robert Altman-like proportions. Also included are an audio commentary (Wintergate, Kalassu, and Jesus Terán of Slasher Video), a Q&A (with John Wintergate, Kalassu, and Jesus Terán), the original film intro, alternate ending, 2008 interview with Wintergate and Kalassu, photo galleries, a magazine interview, a "The Phantom" demo reel, behind the scenes reel, music videos (Love Starved," "Stop Fooling Around," "The Raven / Break It Off," " Teeth AKA Lightstorm Live In Europe-1981," "Break It Off (Live)"), a Terror On Tour Revisited featurette, and promo material including trialers, TV spots, and voice overs.