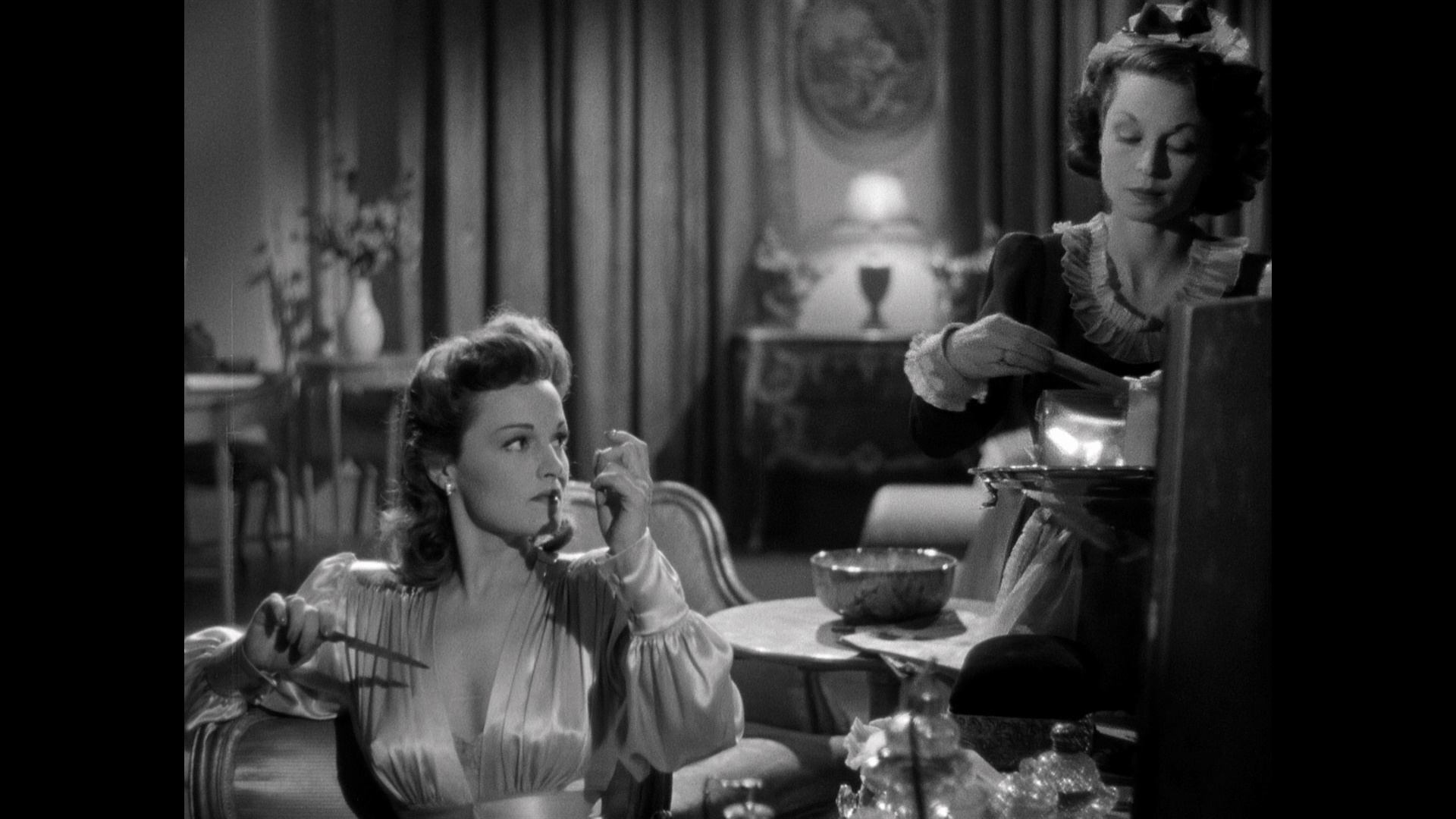 the most notorious "dirty book" 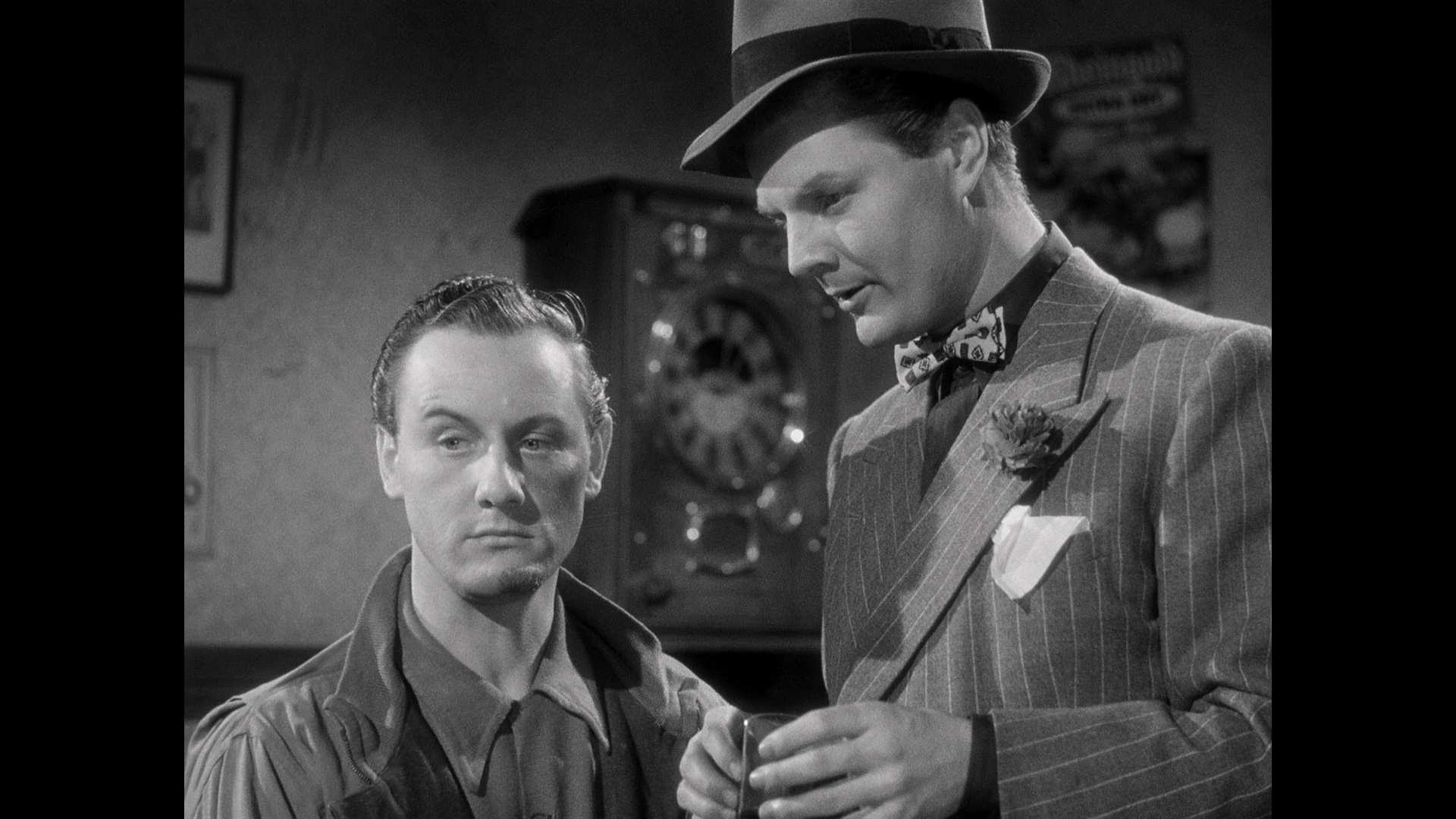 that circulated among British servicemen during World War II, James Hadley Chase's No Orchids for Miss Blandish was the most extreme example of the time of pulpy sex and violence, a hard-boiled gangster saga that paved the way for more graphic fare to come in postwar crime fiction from the likes of Mickey Spillane. The book was such a sensation that it spawned a theatrical production and a 1948 feature film adaptation, itself the subject of considerable controversy in its native country but received more casually in the U.S. (but not without some turbulence as well) under the title Black Dice. The book was later adapted by Robert Aldrich as The Grissom Gang, actually shooting the story on location in the United States more convincingly than its predecessor but still pushing the envelope in terms of graphic violence on screen.

Engaged to be married, high-profile Midwestern heiress Miss Blandish (The Lady Vanishes' Travers) becomes the target of low-class thieves aiming to steal her extremely valuable necklace. The plan soon evolves into a kidnapping that claims the life of her fiancé, with her captors also getting wiped out as she passes into the clutches of the Grissom crime family, run by a ruthless mother (Molnar). The plot thickens when Slim Grissom (La Rue) falls in love with his captor, and soon she finds herself returning the sentiment. Soon the unlikely lovers are navigating a shady underworld of nightclubs and dark alleys as the police close in and Ma Grissom's nasty plan for the heiress has them going on the run.

Though obviously tame by modern standards, this film can still strike a nerve with some viewers thanks to its twisted sexual politics as the "cold" Miss Blandish discovers herself through what amounts to a case of Stockholm syndrome. There's a constant threat of violence running 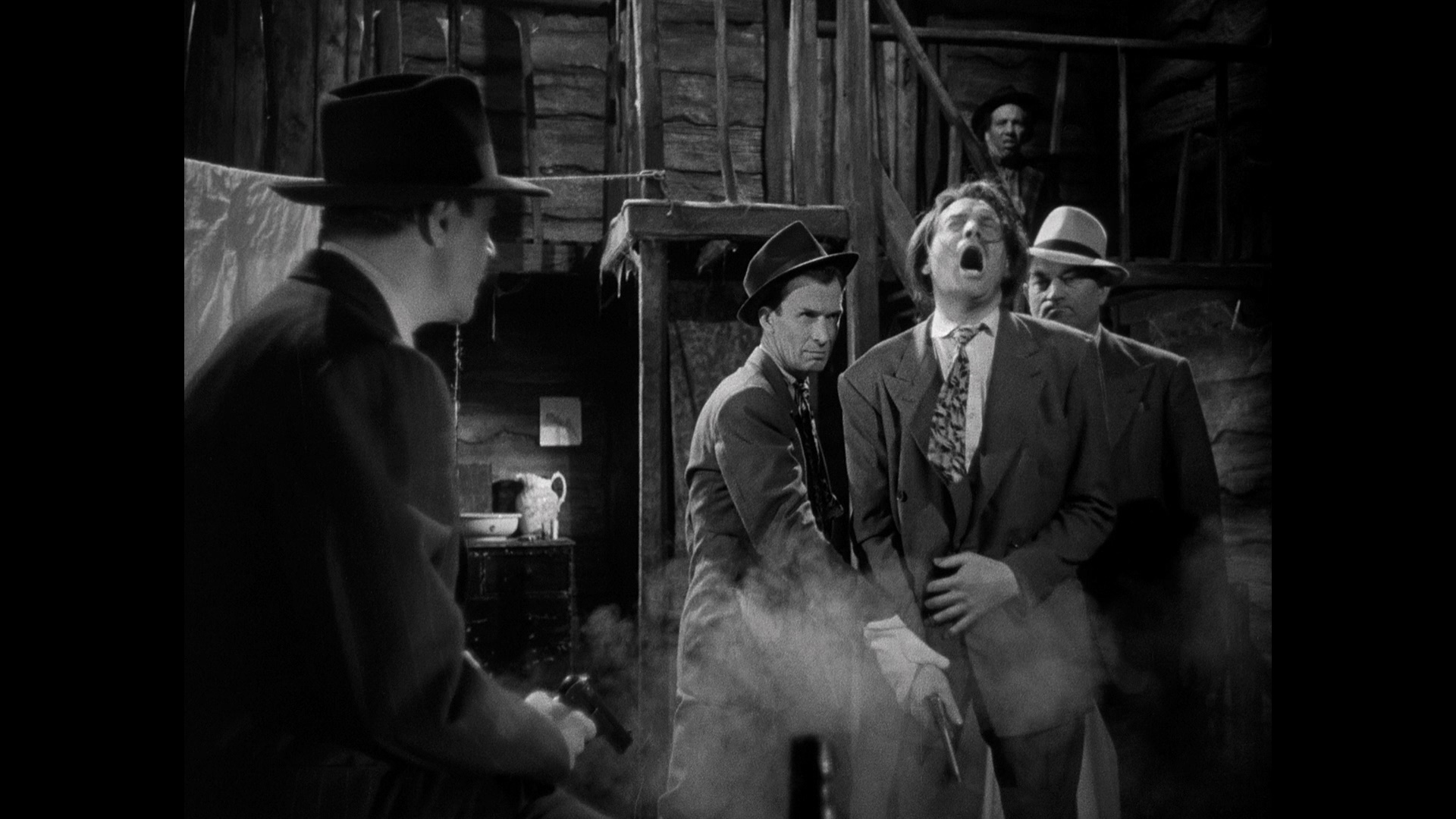 through the story including 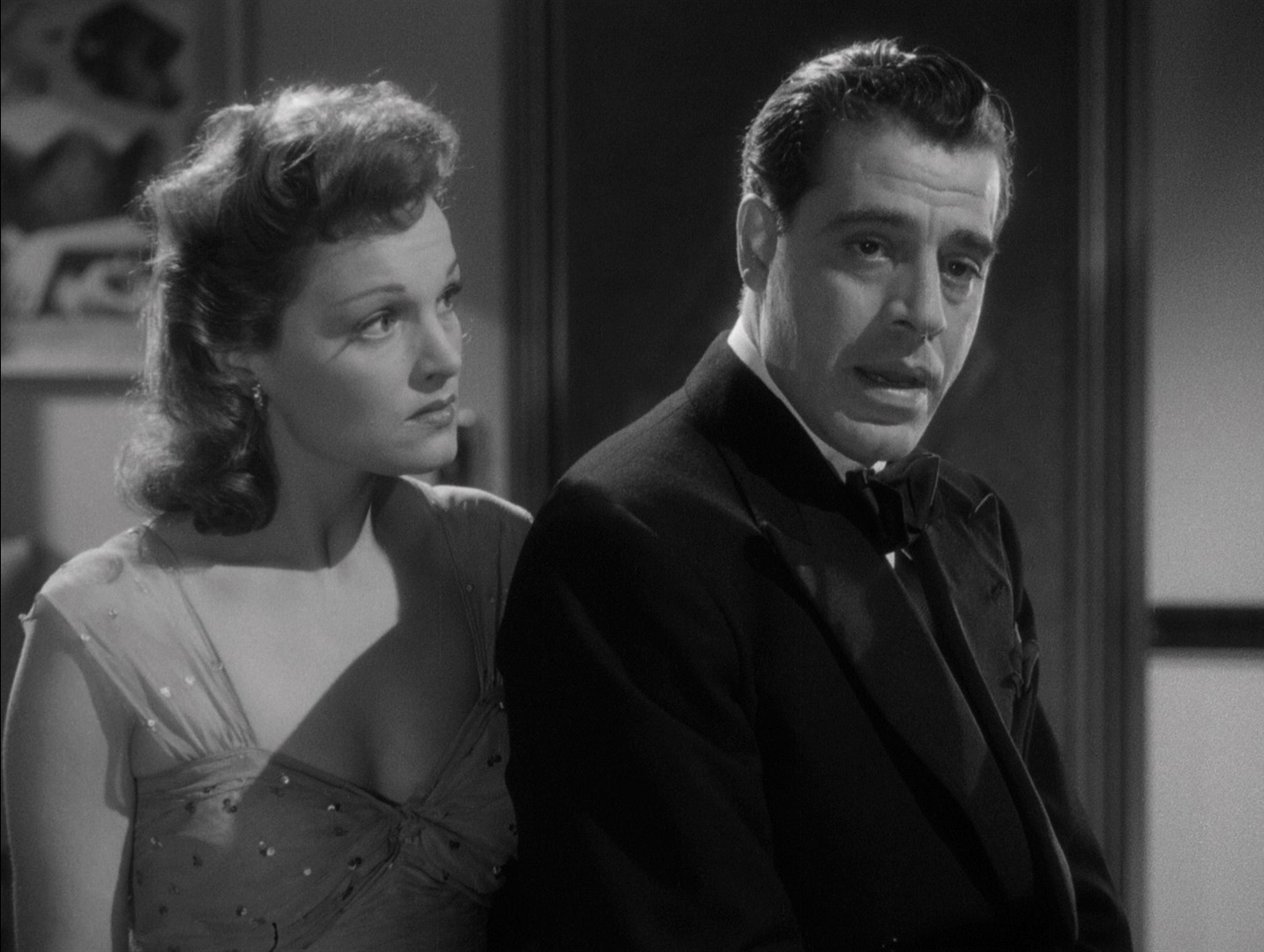 implications of sexual assault and casual chatter about plugging guys in the gut, not to mention an astronomical body count by film noir standards. That was enough to set off the English press on a crusade against the film (essentially killing the careers of several participants), with U.S. critics sneering at the spectacle of British actors adopting "why, youse guys" gangster accents for a story of all-American criminal behavior. Now it's much easier to appreciate the film on its own terms as a taut, grim slice of pulp storytelling and one of the more visually classy productions from Renown Pictures Corporation, who also unleashed such fare as Beat Girl, Womaneater, and The House in Marsh Road.

Two years after its U.K. theatrical run, this film was picked up by RKO and released intact under the title Black Dice. After that it fell into relative obscurity with very few TV airings anywhere and, at least initially, only poor quality home video releases in the U.S. from Sinister Cinema and other iffy sources. A 2010 special edition on DVD from VCI was visually underwhelming but had some welcome extras courtesy of a video interview with U.S. distributor Richard Gordon and actor Richard Nielson by 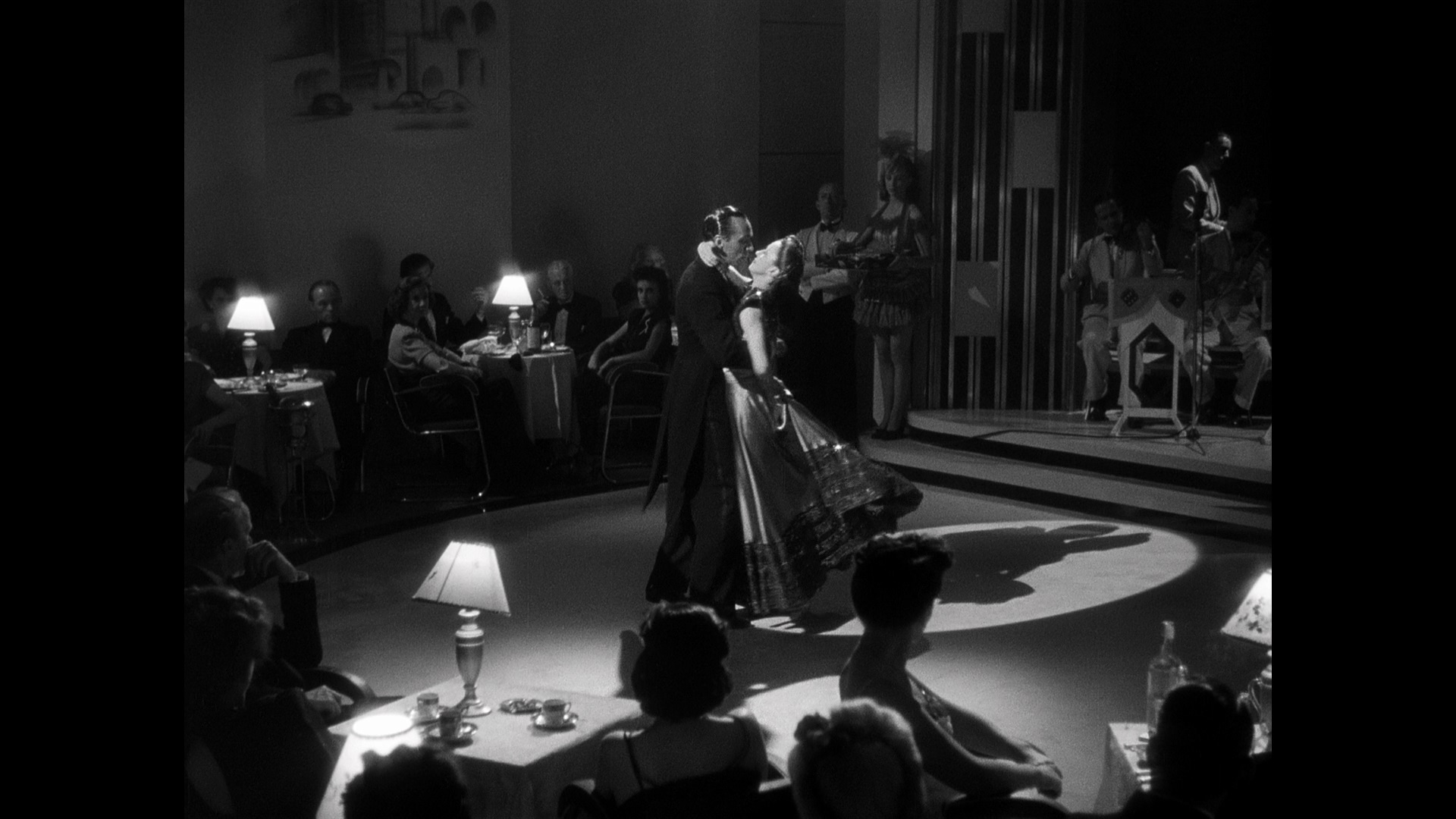 Joel Blumberg (34m24s) and an audio interview with the pair conducted by Tom Weaver, plus the U.K. and U.S. trailers and a photo gallery. A remastered version finally turned up in 2013 on U.K. DVD from Network, followed by a refurbished HD edition in the U.S. from Kino Lorber on Blu-ray and DVD in 2018 (with only the trailer as an extra). Finally the film got a much-needed special edition a year later from Indicator in the U.K., offering a great deal of context about how this infamous project came about and caused a stir that was unprecedented at the time. The transfer appears to be from the same scan but with a richer, darker look; both are excellent but the U.K. one visibly nudges ahead. The LPCM mono track (with optional English SDH subtitles) is also crisp and clear throughout. Also included via seamless branching is the U.S. version, which ditches the BBFC card at the beginning and features the alternate title sequence as Black Dice. The 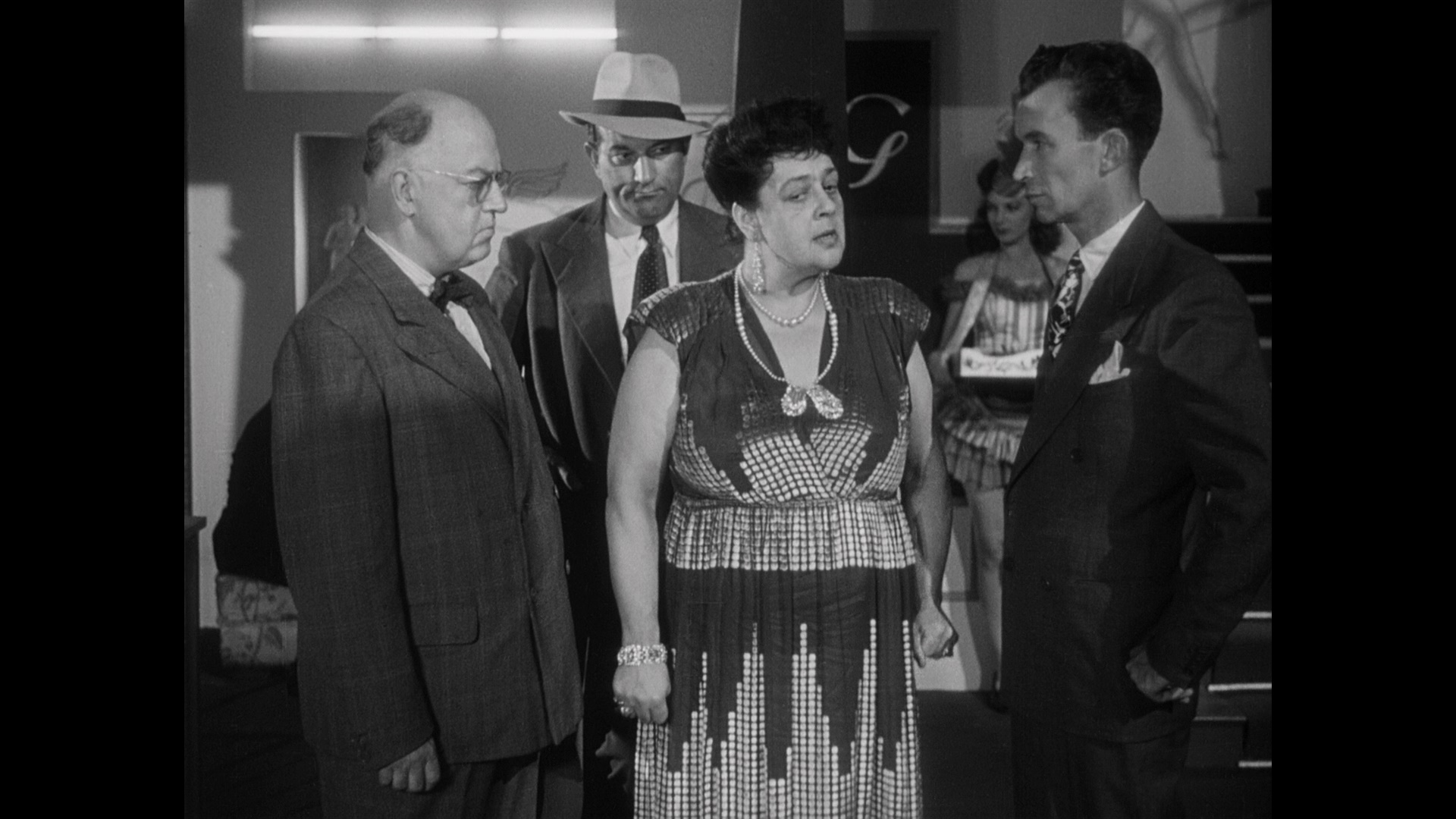 Gordon/Nielsen interview is ported over here and makes for fascinating viewing as it covers the odd path the film took to reach American shores. The new "Miss Blandish and the Censor" (41m12s) features former BBFC examiner Richard Falcon diving into the convoluted tale behind the film's journey from page to stage to screen, with Travers reprising her role, a key suggestion about Slim's character (who's far more sadistic and physically repellent in the novel) pointing the way to the film's green light with the censors, the possibly apocryphal tales about the book's authorship, and the legendary George Orwell essay on the subject. 1945's "Soldier, Sailor" (49m21s) from the main feature's writer-director, St John L. Clowes, offers a dramatized look at what a young man can expect when he enlists in the royal navy, where he gets to sail to exotic ports, hang out with cat-loving fellow sailors, experience homesickness, enjoy all-too-short shore leaves, and ultimately confront the perils of combat on the high seas. Also included are the British trailer ("definitely not for the lily-livered!"), the U.S. trailer, and a 26-image gallery of stills, lobby cards, and posters. The limited edition (3,000 units) comes with the usual substantial insert booklet featuring liner notes by Robert Murphy, an examination of the novel as originally published versus its updated reissue, highlights from that Orwell essay, a Michael Brooke essay on "Soldier, Sailor," and contemporary press coverage from the film's release.