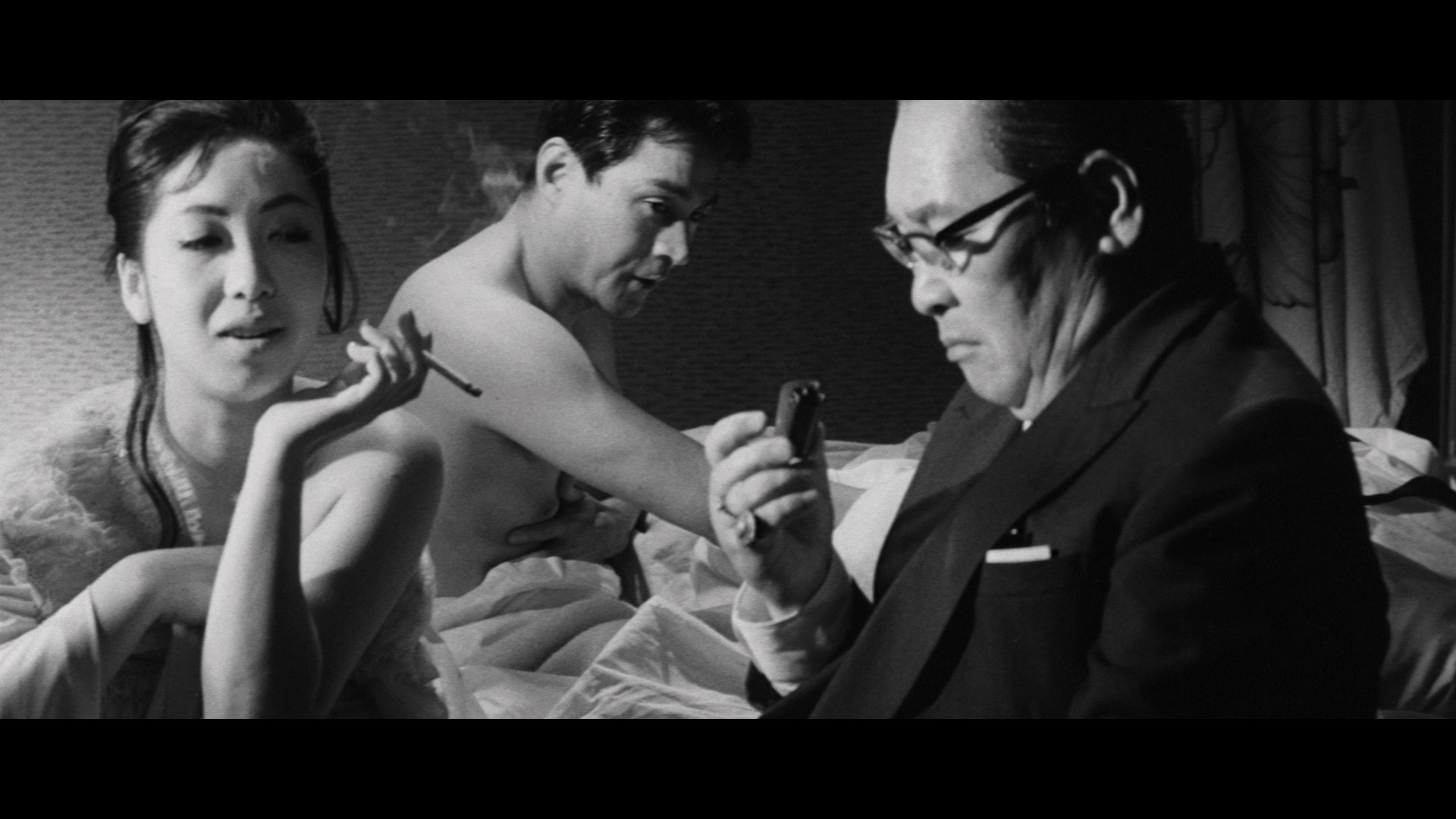 to the DVD era, English-speaking audiences with a taste for the adventurous have become familiar with the work 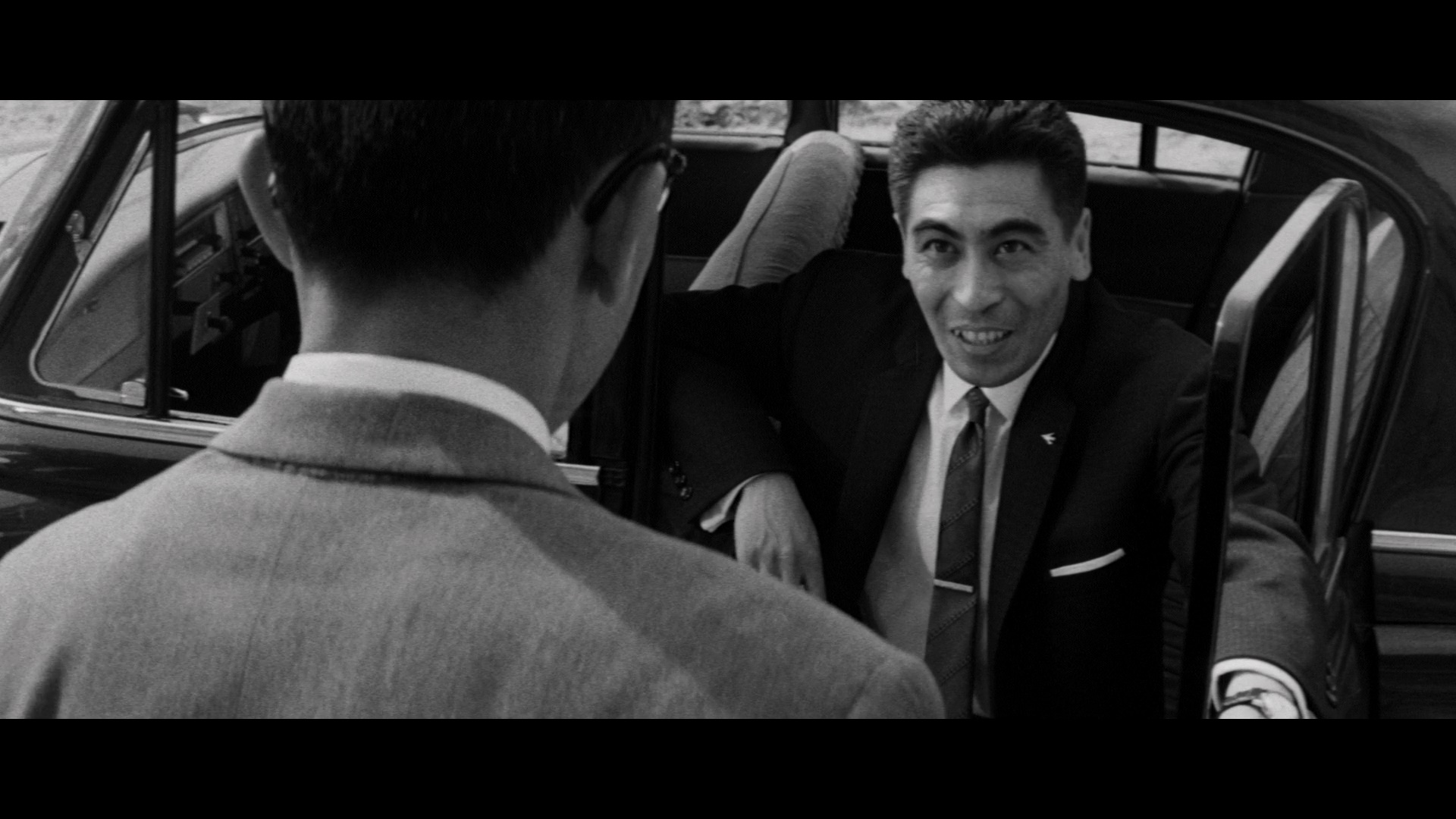 of genre-hopping director Yasuzo Masamura, with titles like Manji, Afraid to Die, and his horror masterpiece Blind Beast turning a few heads in the '00s. After his playful 1958 gem Giants and Toys, Masumura returned to the boardrooms again in the '60s for a much darker take on capitalism run amuck with Black Test Car for the studio Daiei. Not surprisingly, this tale of two warring auto companies trying to outdo each other in the quest for the brass ring hasn't dated much over the decades, and in fact its morally bankrupt universe looks almost quaint in today's world.

The madness begins when the Tiger Corporation sends out its newest star, the Pioneer, for a test drive with plenty of execs and experts riding alongside. Unfortunately the new flagship car goes down in flames, literally, while spying shutterbugs from the rival Yamato corporation capture the whole disaster on film for a front-page news item. Company head Onoda (Takamtsu) recruits one of his top men, Asahina (Taymiya), to return the favor by disseminating false information and setting up an internal team to not only get the Pioneer out on the market without a hitch, but to undo the rival company and its ruthless spies as well. Soon Asahina finds his own moral compass going wildly askew as he uses everyone in sight, including his pretty girlfriend (Kanô), to achieve his 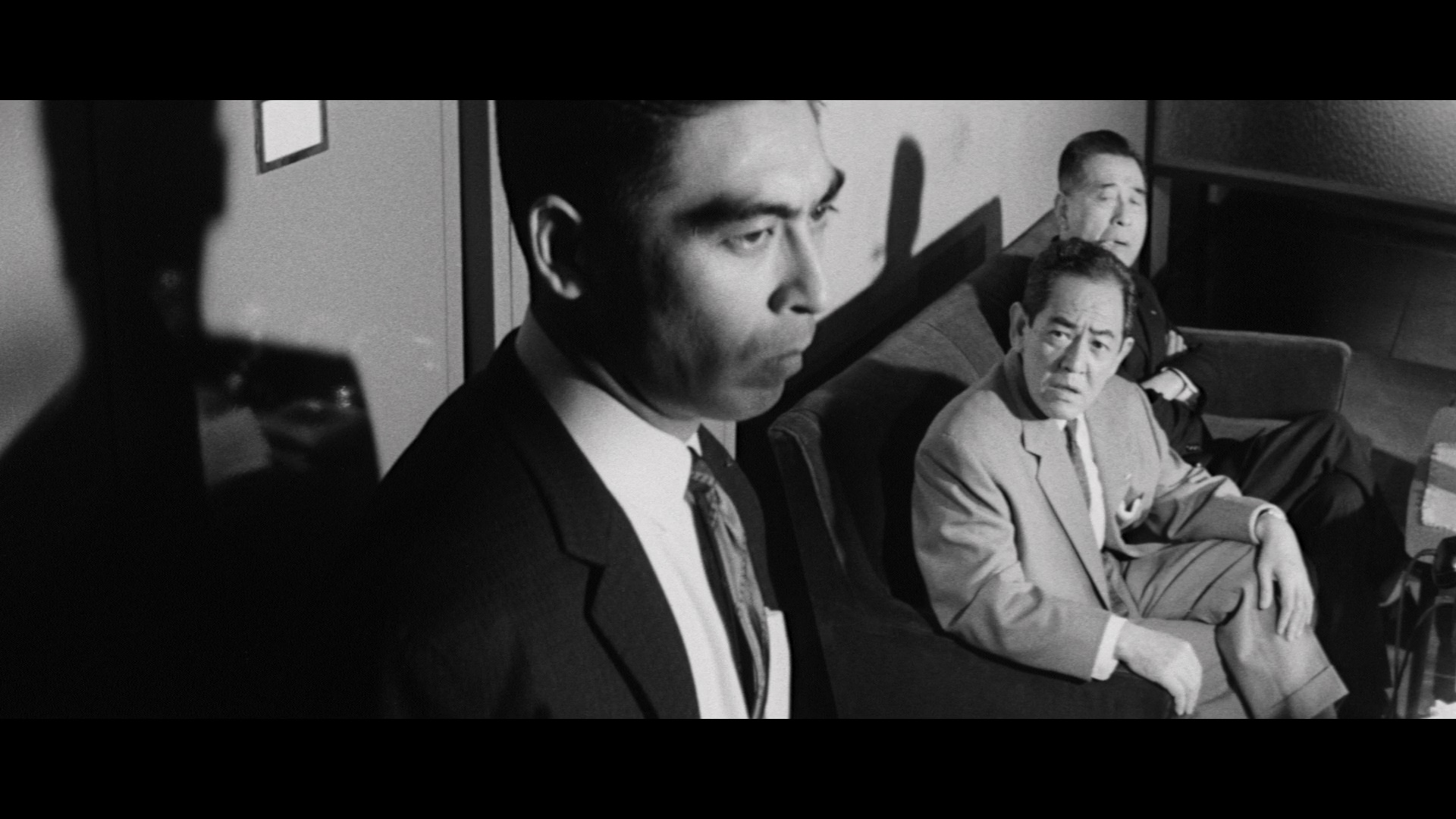 goals at any cost. 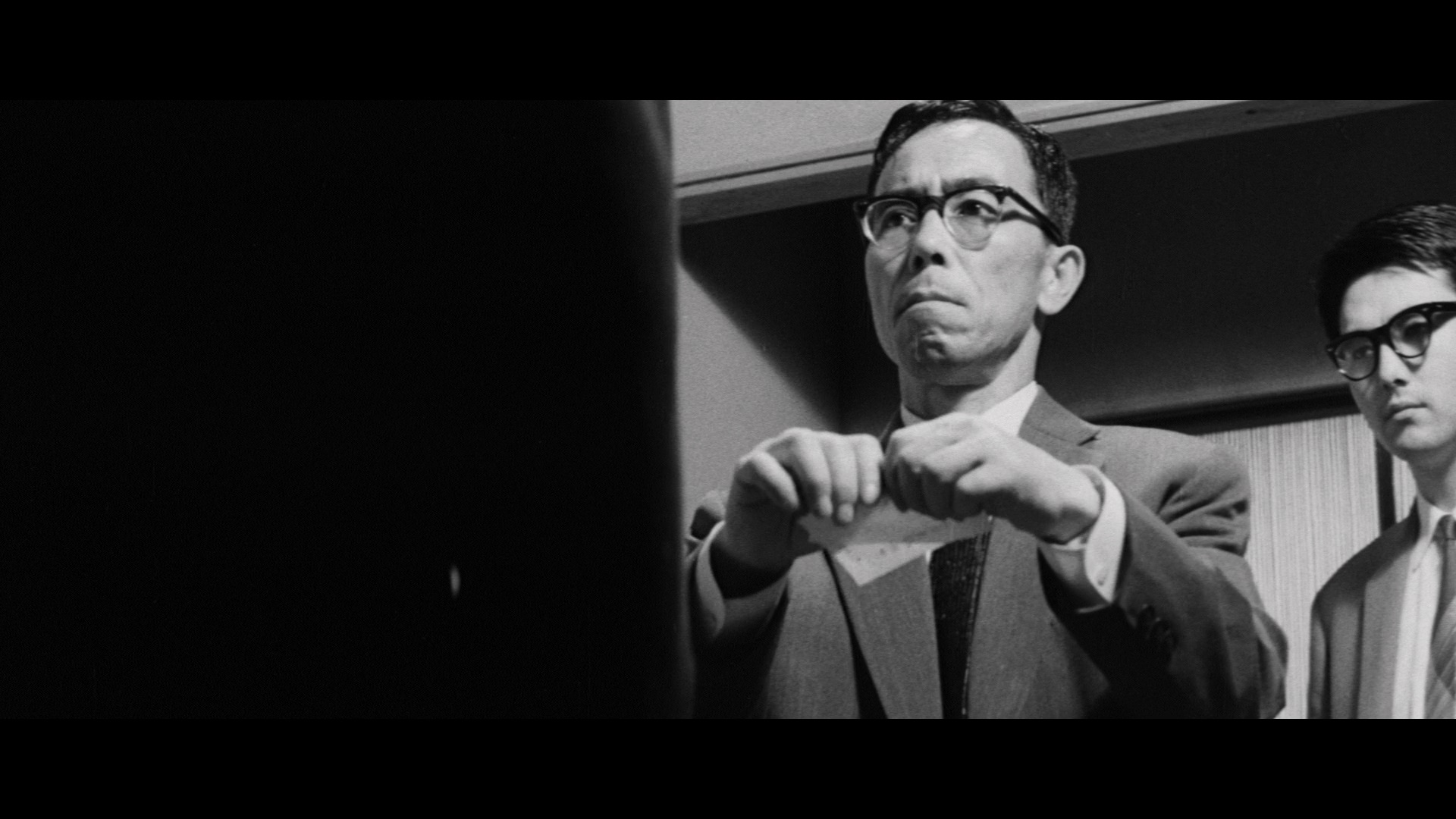 Though the back cover of its first American release tags this as a dark comedy, Black Test Car is quite a different animal from the cynical but farcical Giants and Toys. Once again Masamura's scope framing is dead on, yielding one striking image after another is beautiful monochrome. (Oddly enough, the sleek title vehicle itself gets almost no screen time!) All of the performances are committed and intense, teetering on the edge of melodrama without quite slipping over the edge, even during the bordering-on-preachy finale. According to the solid liner notes by Chuck Stephens, the film's success influenced further "black" studies in financial malfeasance, reflecting a growing dread at the rise of corporate strongholds over post-WWII society.

Fantoma's DVD from 2007 brought this key entry in the director's filmography to DVD in a sparkling anamorphic transfer that's just as enjoyable as the rare repertory theatrical screenings. The optional English subtitles are clear and easy to read, and the Japanese mono audio sounds fine. No complaints here at all. Extras are sparse, consisting of the aforementioned booklet, cast and crew filmographies, and the very 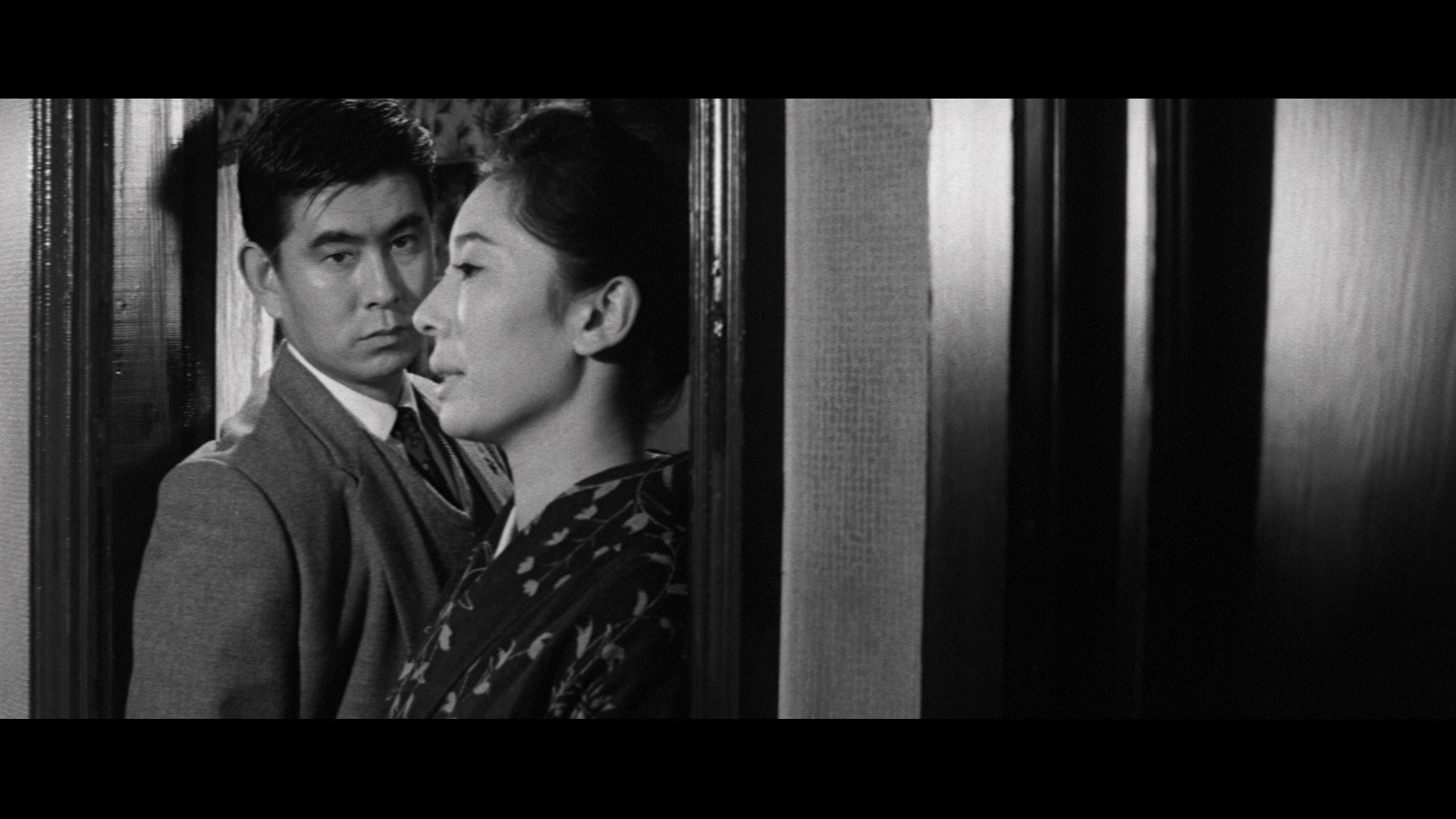 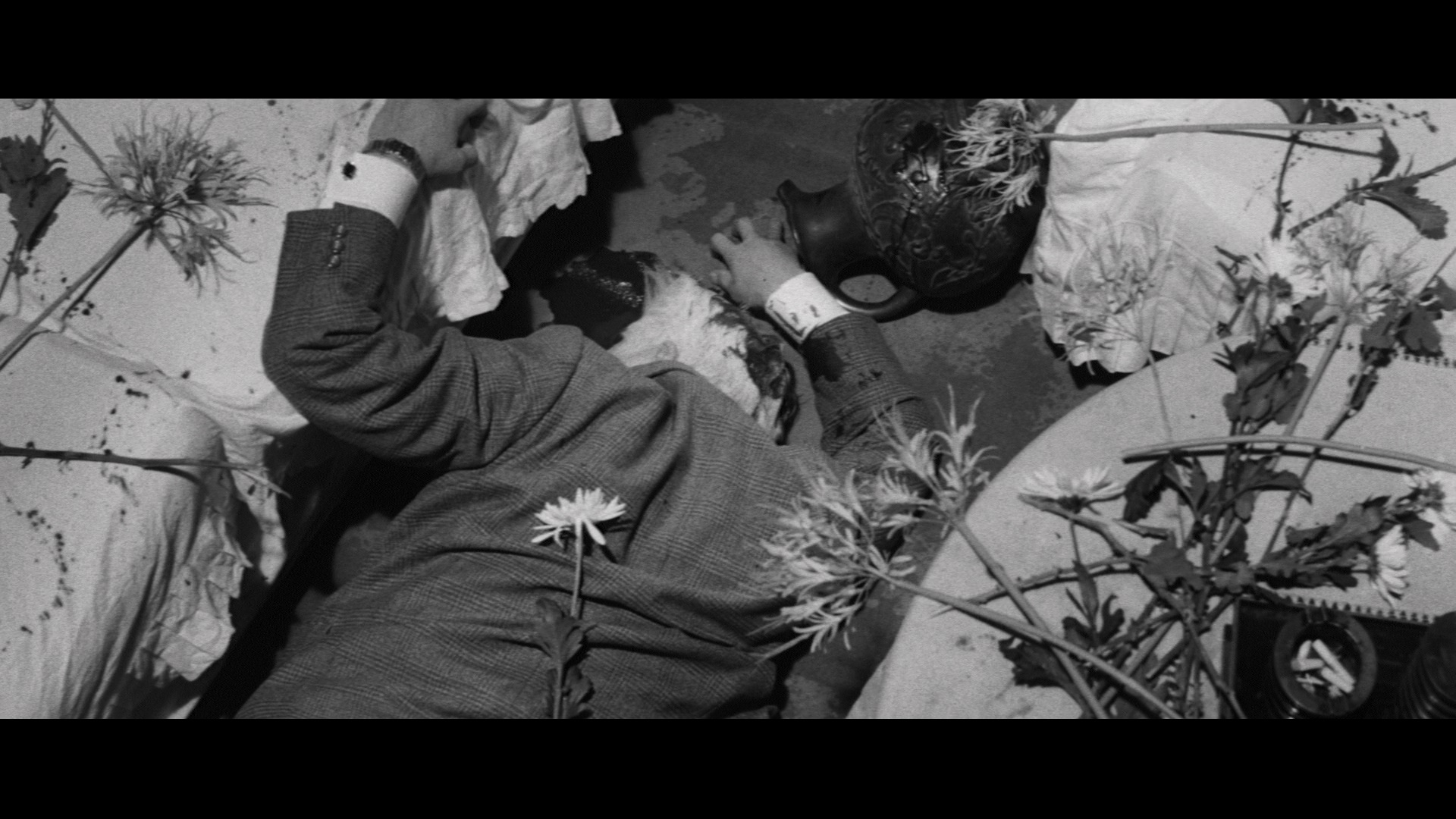 In 2020, Arrow Video upgraded it to Blu-ray with a transfer that makes for a welcome upgrade on the already excellent SD option; framing is similar with just a tad more info here, black levels are deepened a notch, and detail increases appreciably, especially in close ups. The LPCM Japanese 1.0 mono track sounds very good and comes with optional English subtitles. Sharing space on the disc is a second feature made as part of the "black"-titled films in its wake, the following year's The Black Report (a.k.a. The Black Statement Book), a crime procedural that brings back some of the key players here. We begin with a murder scene as an elderly "money-mad womanizer" man, the President of Fujiyama Foods, lies face down on the floor, his head bloodily bashed in with a vase of flowers. Cigarette butts indicate the presence of three people in the room (including at least one woman), with the son of the deceased, a theater director, having found the body. The late man's unfaithful second wife, Miyuki, resides in the house along with the maid, and faced with a barrage of evidence (including multiple fingerprints, lipstick, and two fresh types of flowers at the scene), the prosecutor, Kido (Utsui), must mount a murder case that leads to a revelatory courtroom trial. Complicating matters is the dead man's mistress, Ayako (Kanô again), who's gunning for the death penalty. Like the prior film, this has a low-key undercurrent of unease and paranoia created by Masumura's visual sensibilities including shifting characters off center and blocking off huge portions of the frame to 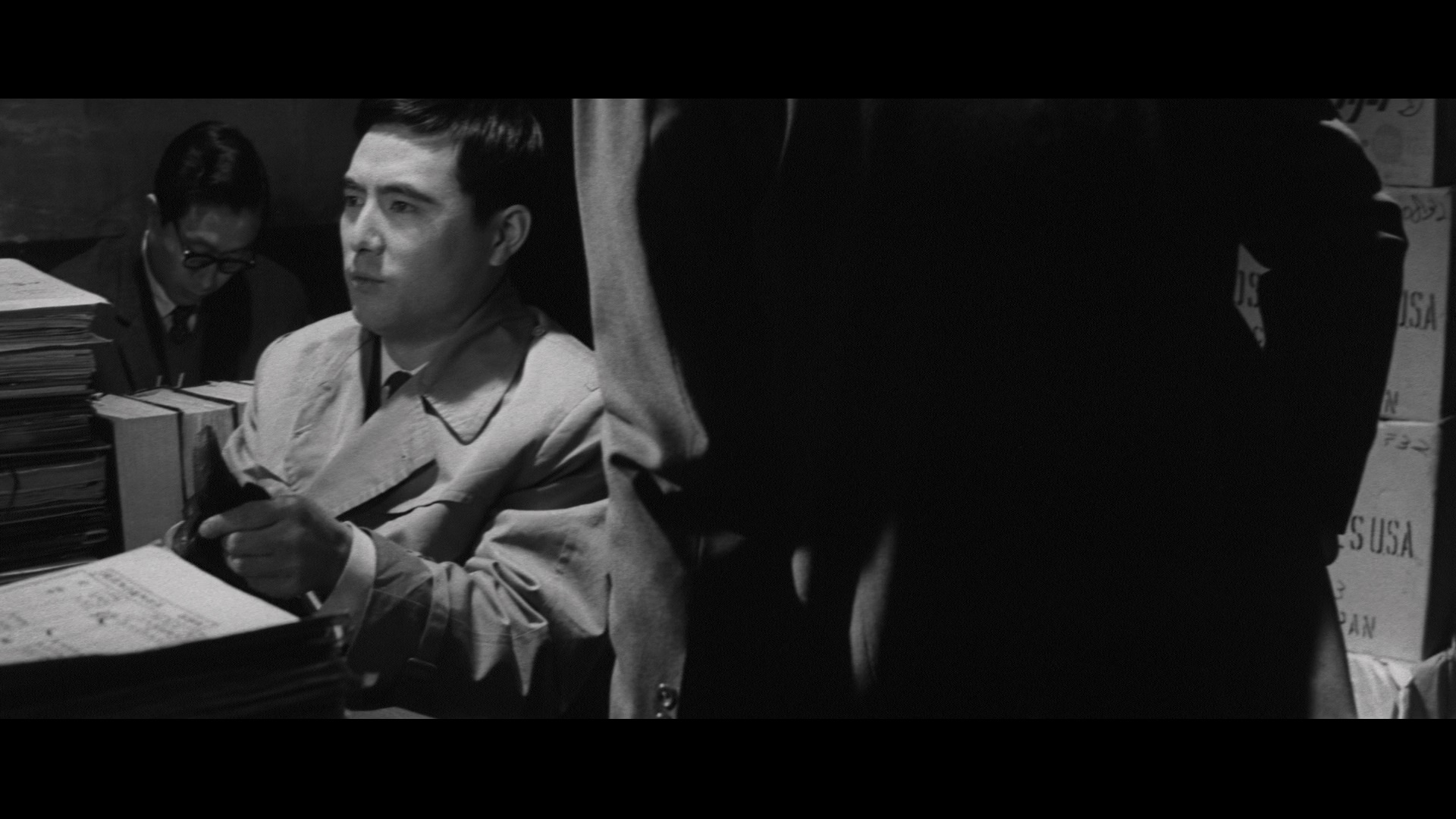 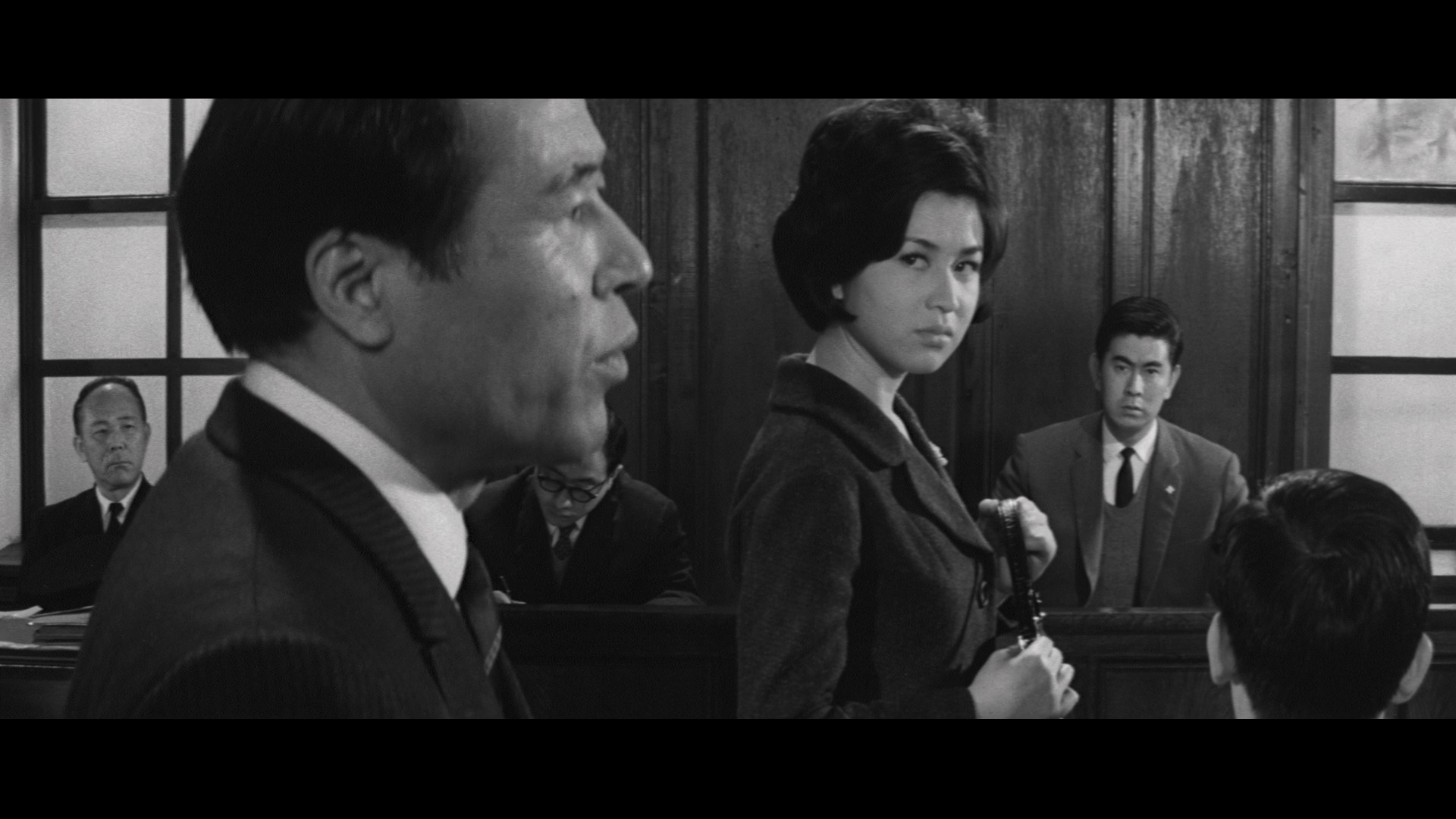 the narrative itself are being hidden from view. It's an effective device in both films that keeps them feeling fresh and intriguing today. The transfer here is about on par with the first feature; some minor element damage is in evidence at times, but it makes for a great introduction to a film that will be a first-time viewing for nearly all of its potential audience.

The Arrow disc also comes with "What Masumura Does With Our Madness" (17m7s), an analysis by critic Jonathan Rosenbaum that offers an overview to the filmmaker including an opening comparison to Wilder's One Two Three, though stylistically someone like John Frankenheimer might be closer in terms of style and attitude. Most interesting is his account of his own discovery of the director's work and his championing of A Wife Confesses, which would be nice to see in the future on Blu-ray as well. Trailers for both films are included, with the one for The Black Report doing its best to connect this film to his earlier ones by touting this as part of a "salaryman" trilogy. You also get photo galleries for both films (2m40s and 2m10s respectively), and the packaging features reversible sleeve options (including new artwork by Tony Stella) and, in the first pressing only, an insert with liner notes by Mark Downing Roberts. / 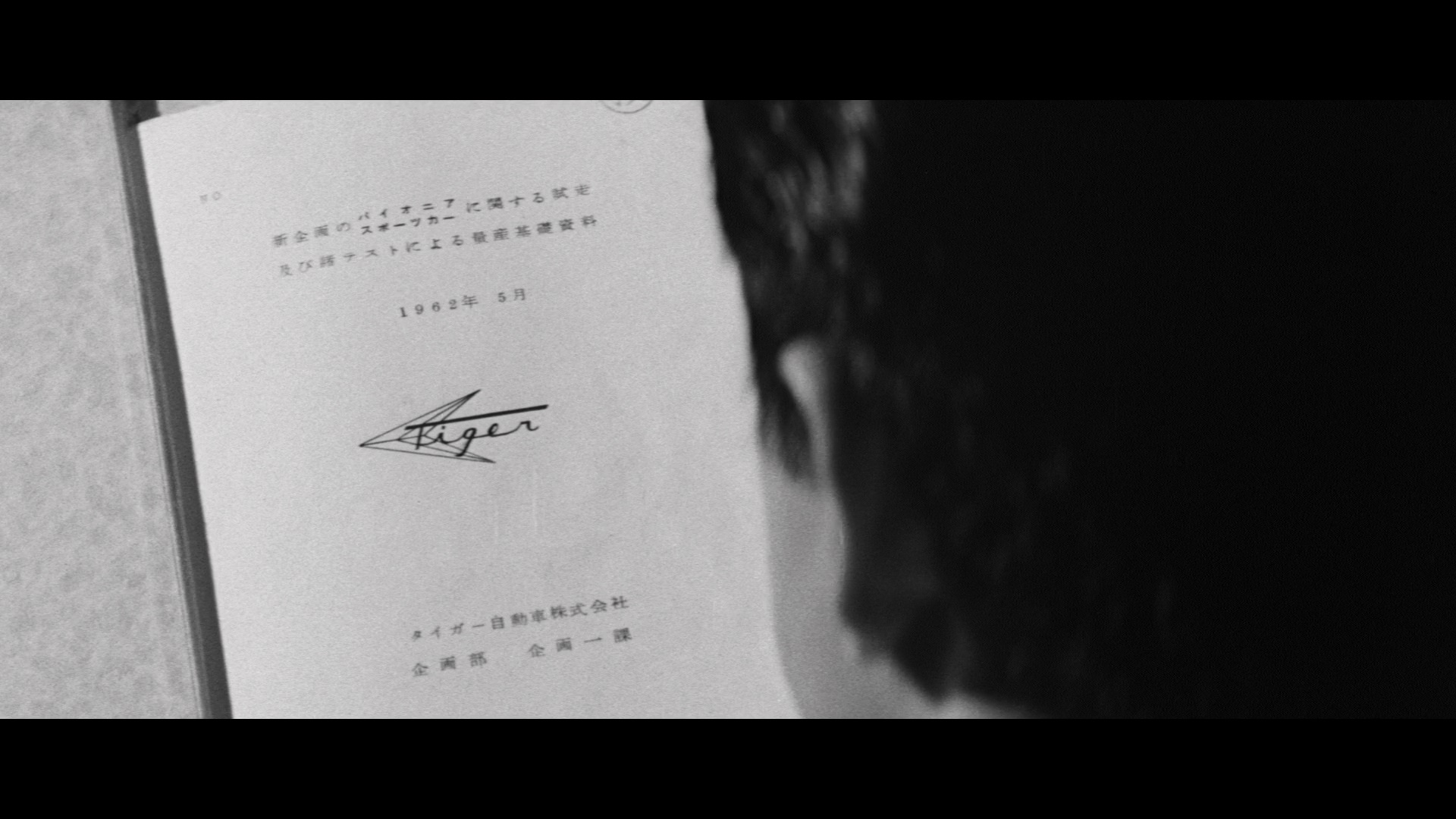 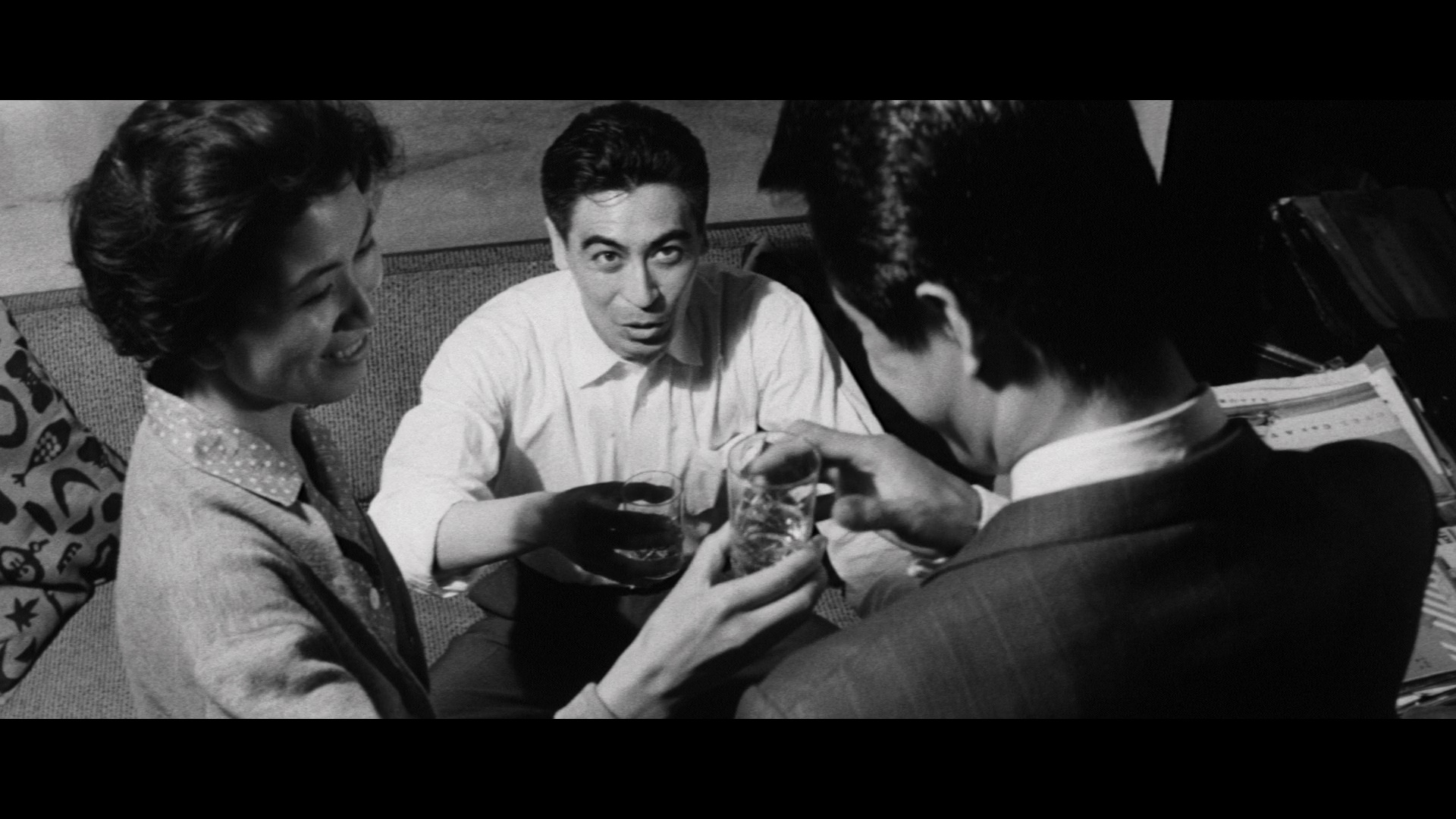 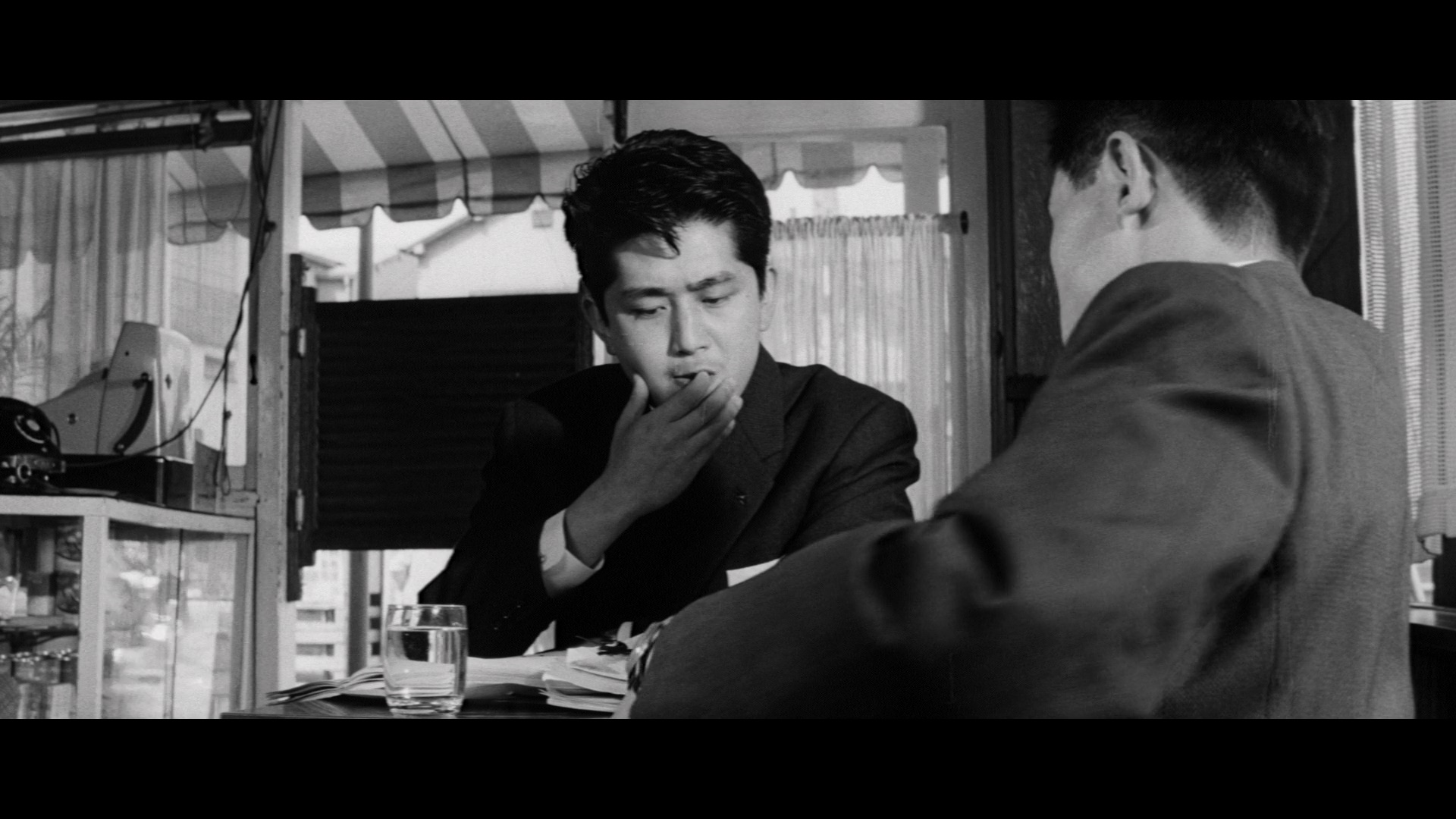 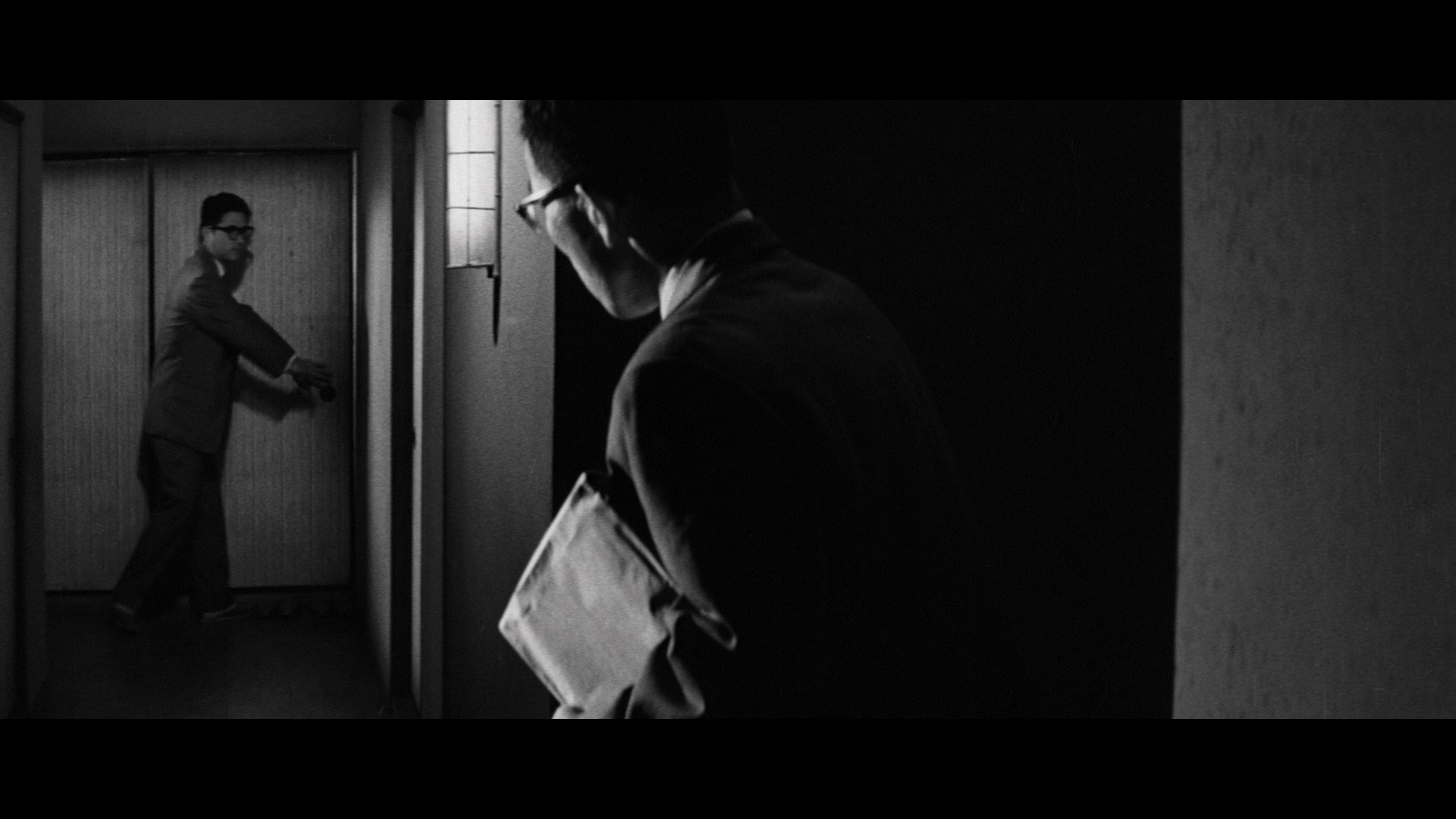 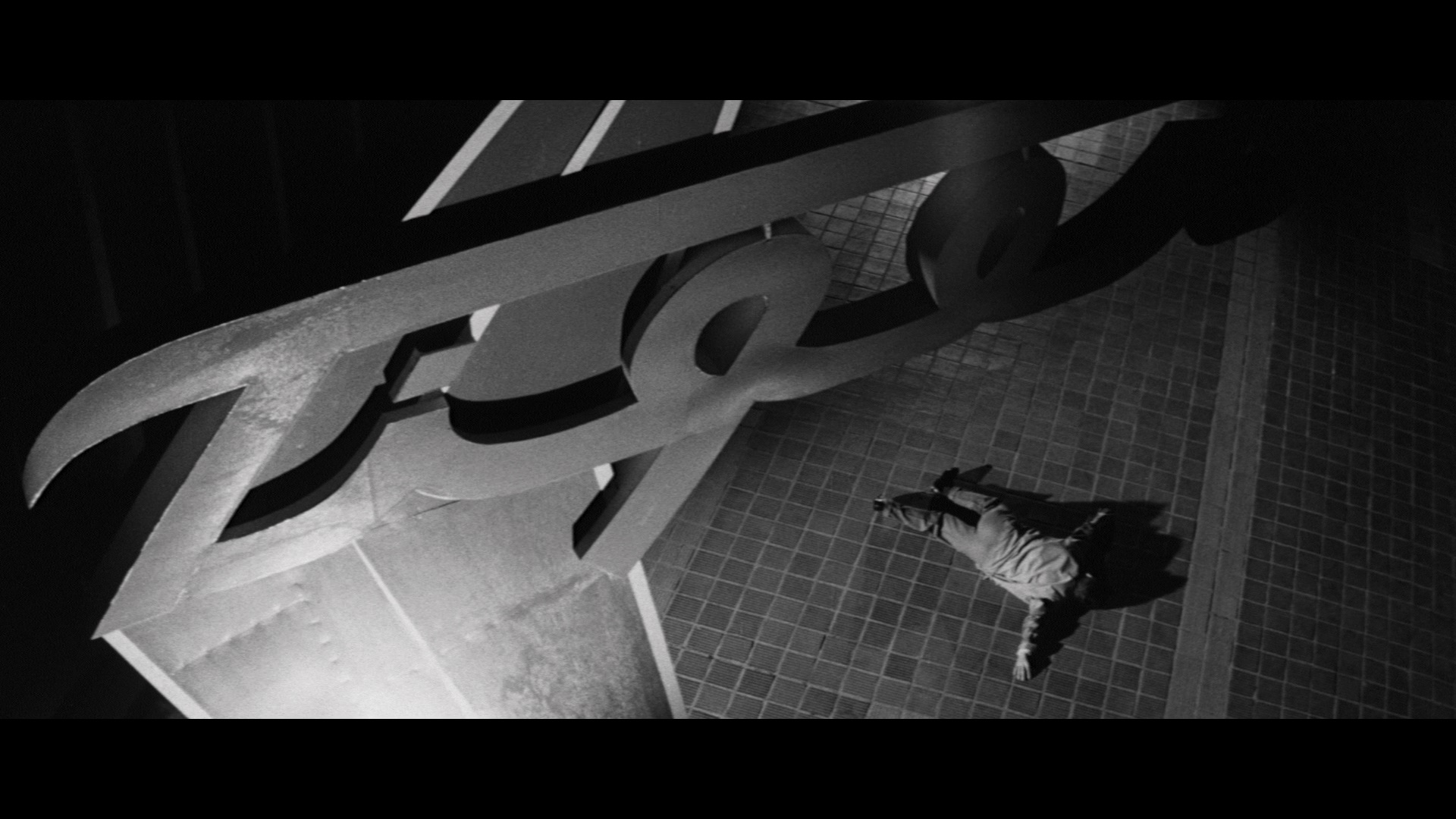 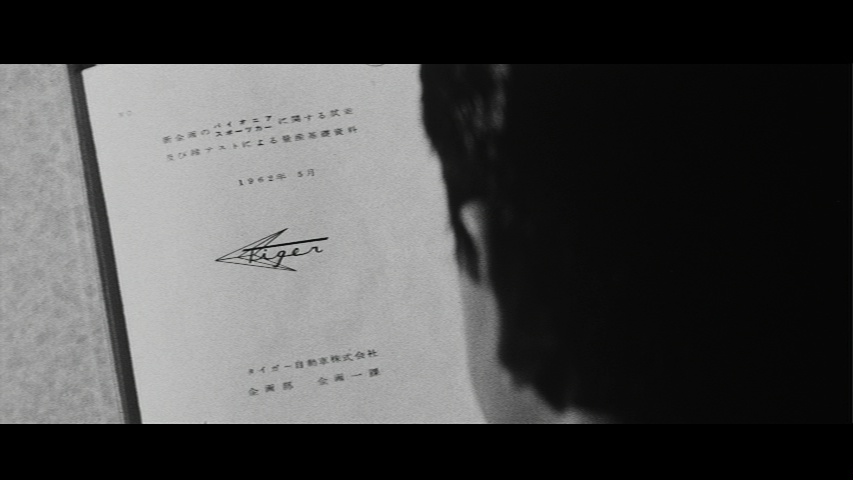 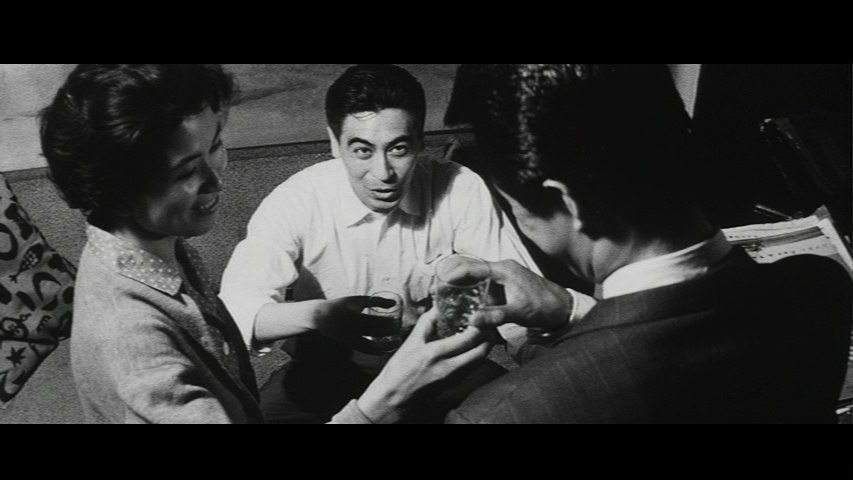 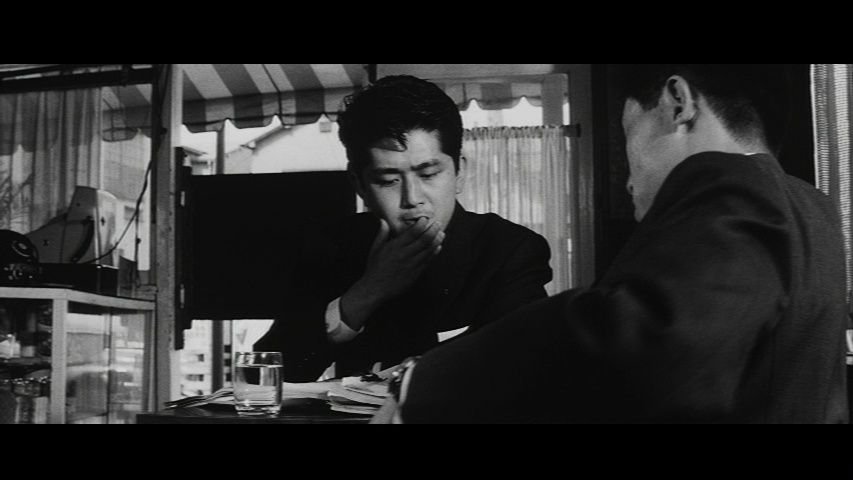 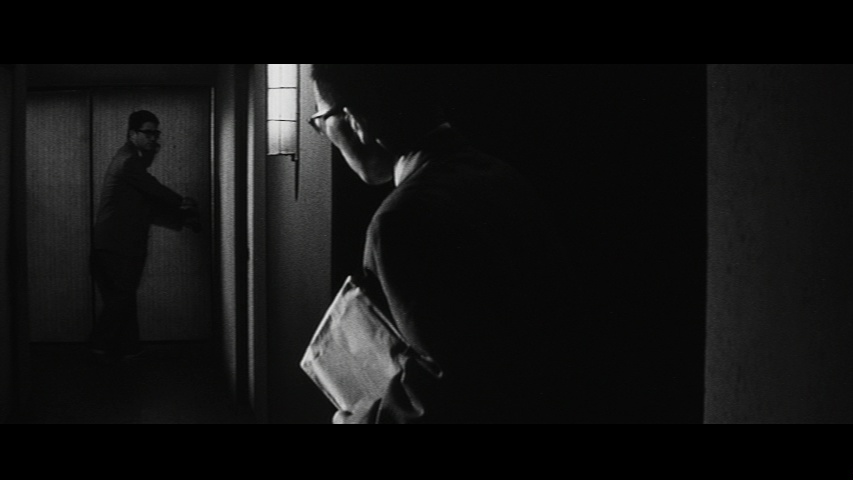 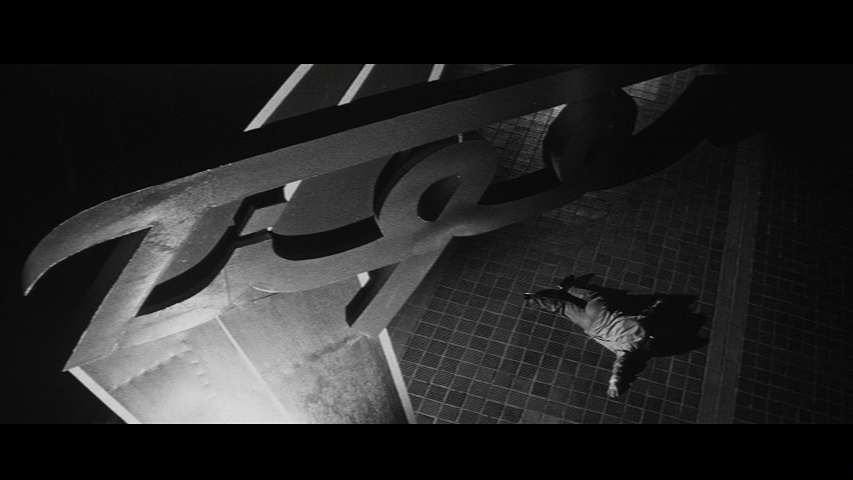