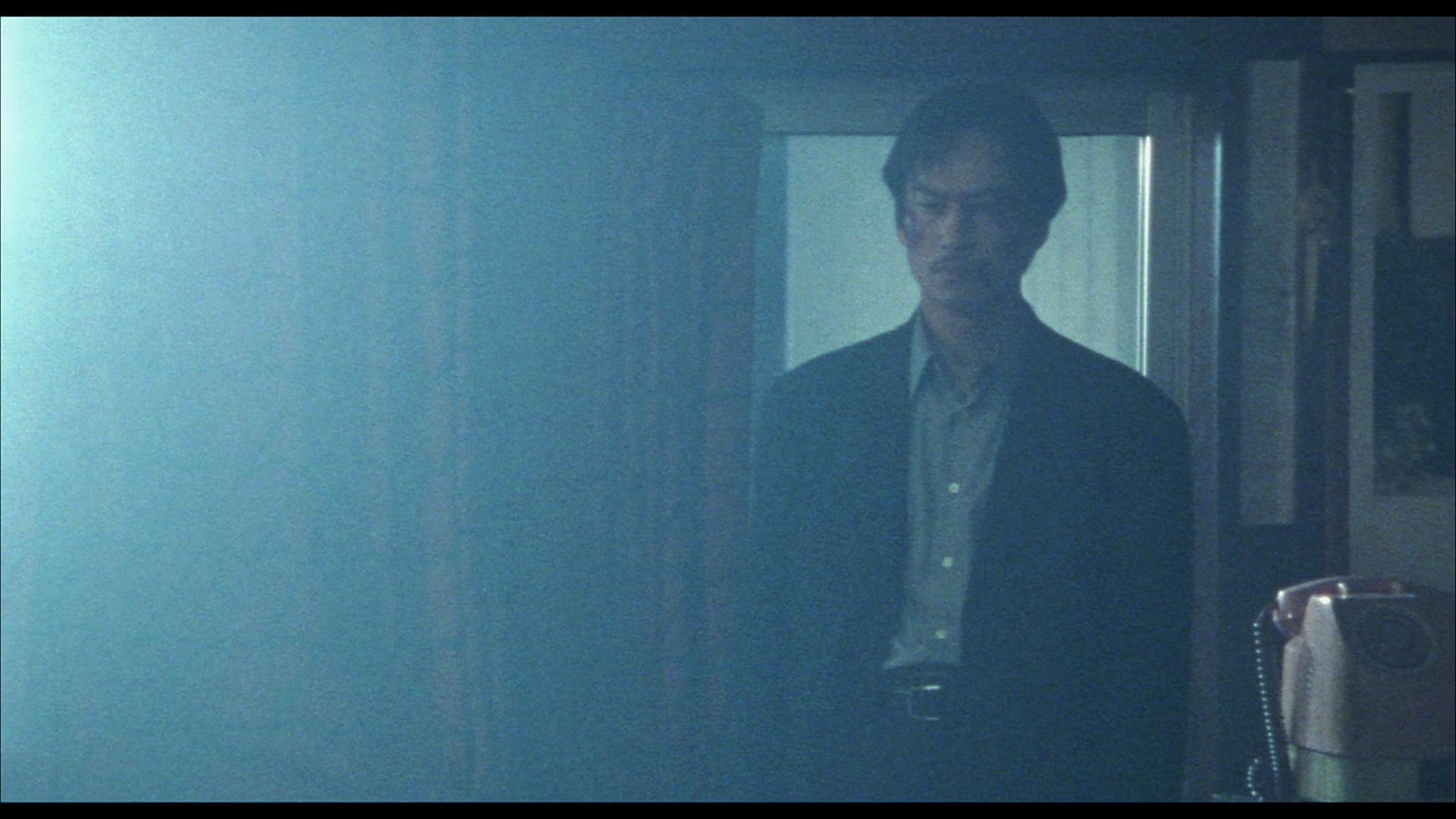 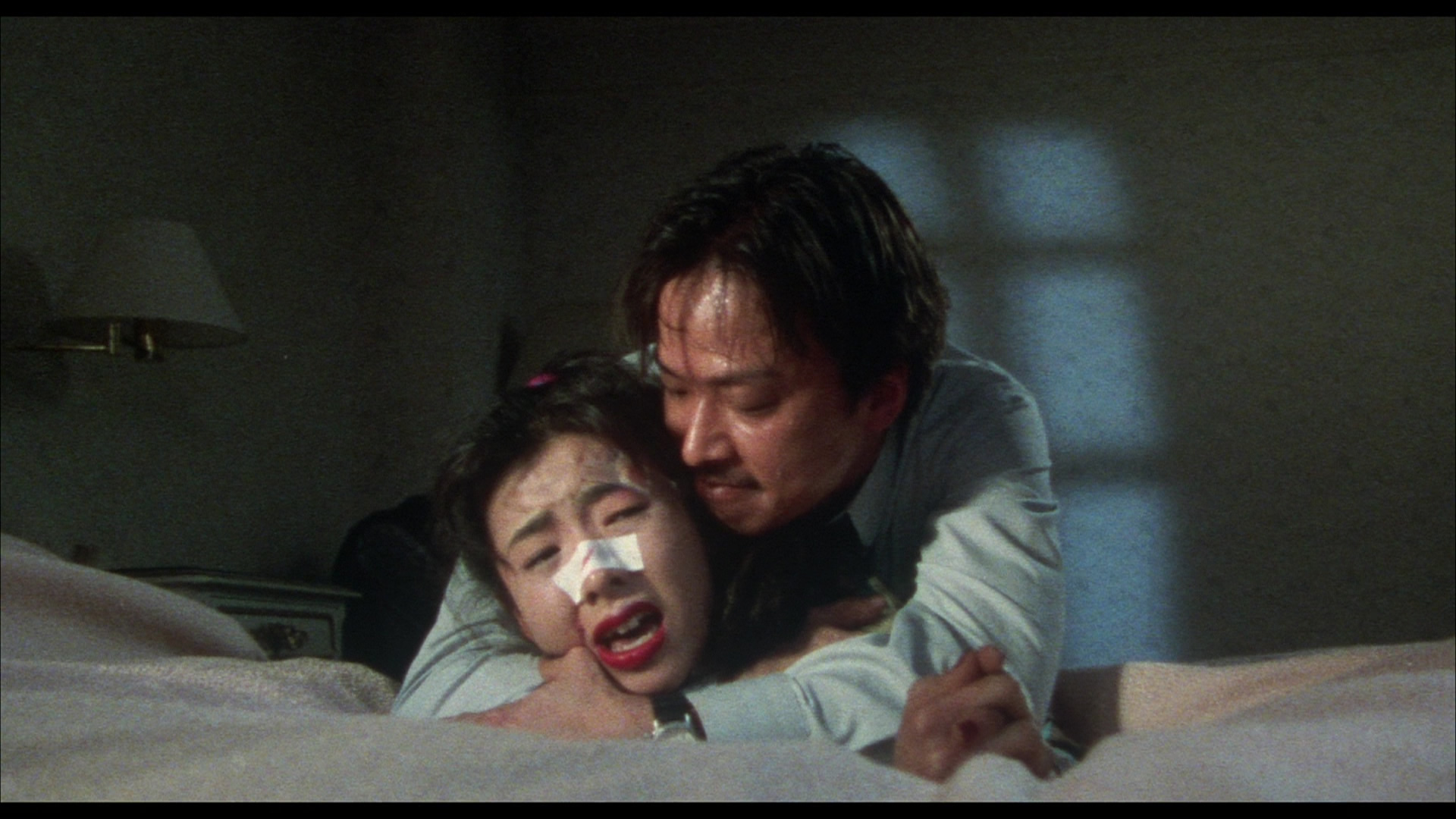 The first and most difficult of the three, Shinjuku Triad Society (Shinjuku kuroshakai: Chaina mafia sensô), follows a half-Chinese detective, Tatsuhito (Shiina), prone to assaulting suspects with handy furniture during investigations. Though good at his job, he's more focused on retrieving his younger brother, a yakuza lawyer working for a ruthless, sexually twisted mob boss, Wang (Taguchi). To complicate matters, Wang is also involved in a feud with a Chinese triad organization moving in on his territory, resulting in a twisted web of manhunts and double crosses leading to a particularly perverse final plot twist.

A grimy and fascinating film, Shinjuku Triad Society uses its sex and violence as integral parts of the narrative (including a nasty nod to the Razor series via Tatsuhito rape/interrogation techniques) while pumping out enough visual style to keep any 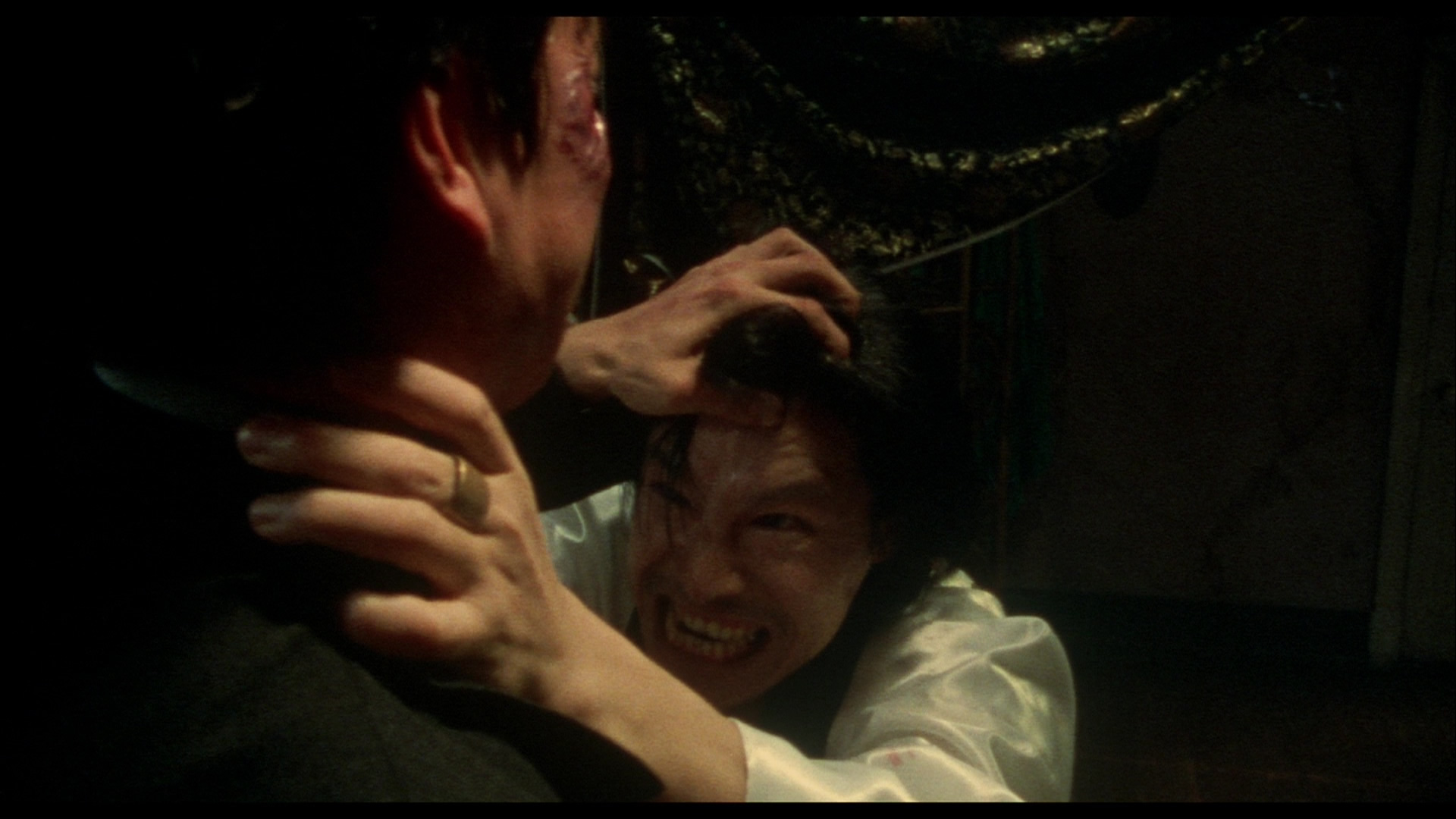 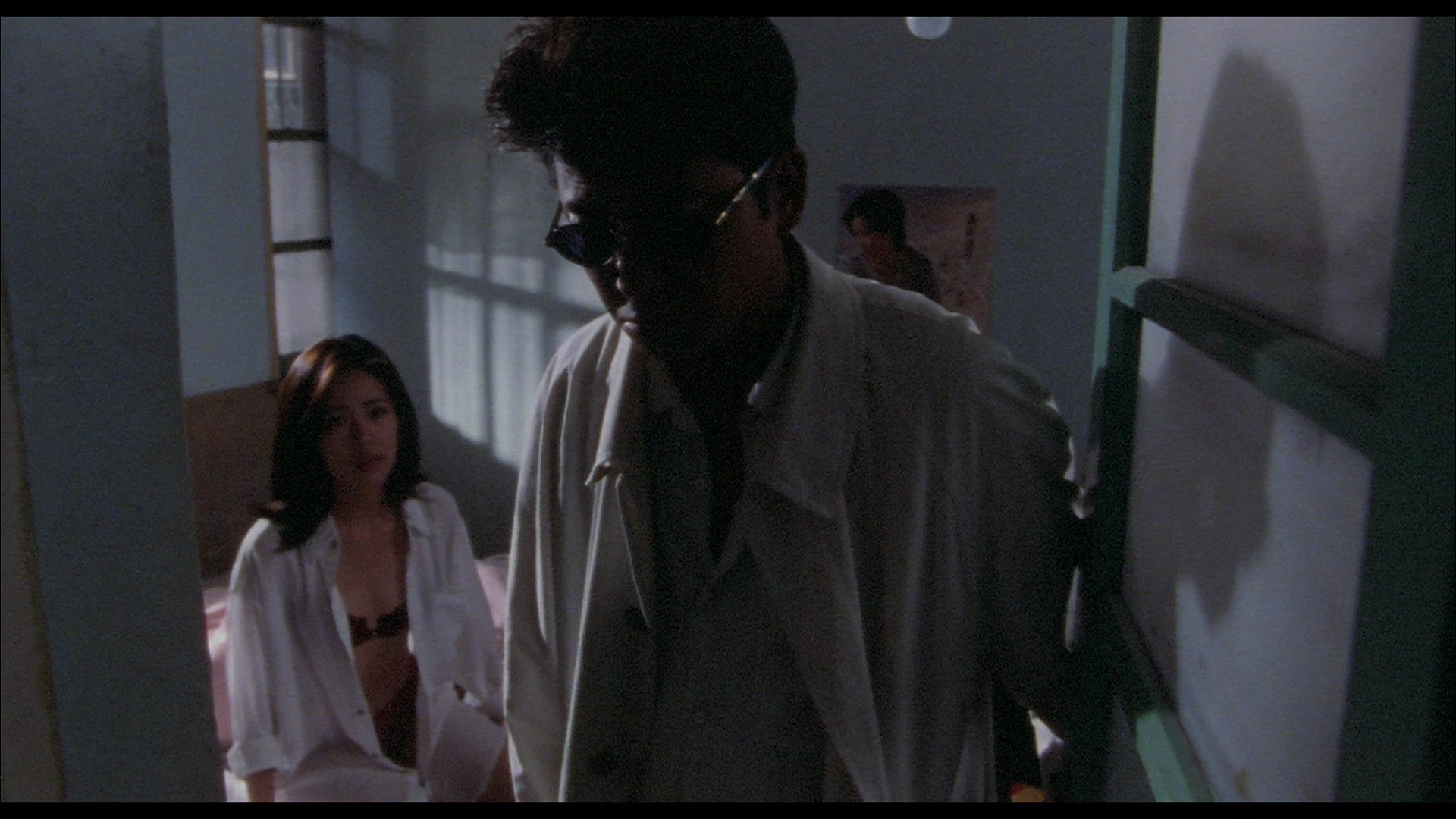 parties from turning away. The more extreme bits are doled out in sparing doses compared to the barrage on display in, say, Ichii the Killer; here we have a mood piece that happens to revolve around some deeply sick human beings.

Two years later, Miikie continued his exploration of the Japanese cultural underbelly with the more sedate Rainy Dog (Gokudô kuroshakai), a somber tale about a former mob official, Yuji (Dead or Alive's Aikawa), living out his days in exile in rain-soaked Taipei. However, a woman from his past turns up to deposit a young boy - supposedly his son - on his doorstep, resulting in a massive lifestyle change. However, a job offer involving a hit on a mob rival brings the youngster even further into his life - along with a struggling prostitute who embarks with the pair on a flight from the new crime bosses.

More a meditative study on violence than anything remotely resembling a celebration of it, Rainy Dog fits the more traditional image of Japanese cinema set by familiar names ranging from Kurosawa to Kitano. Aikawa makes for a strong lead here while Miike proves he can do an involving character study with the best of them. As such, Audition really 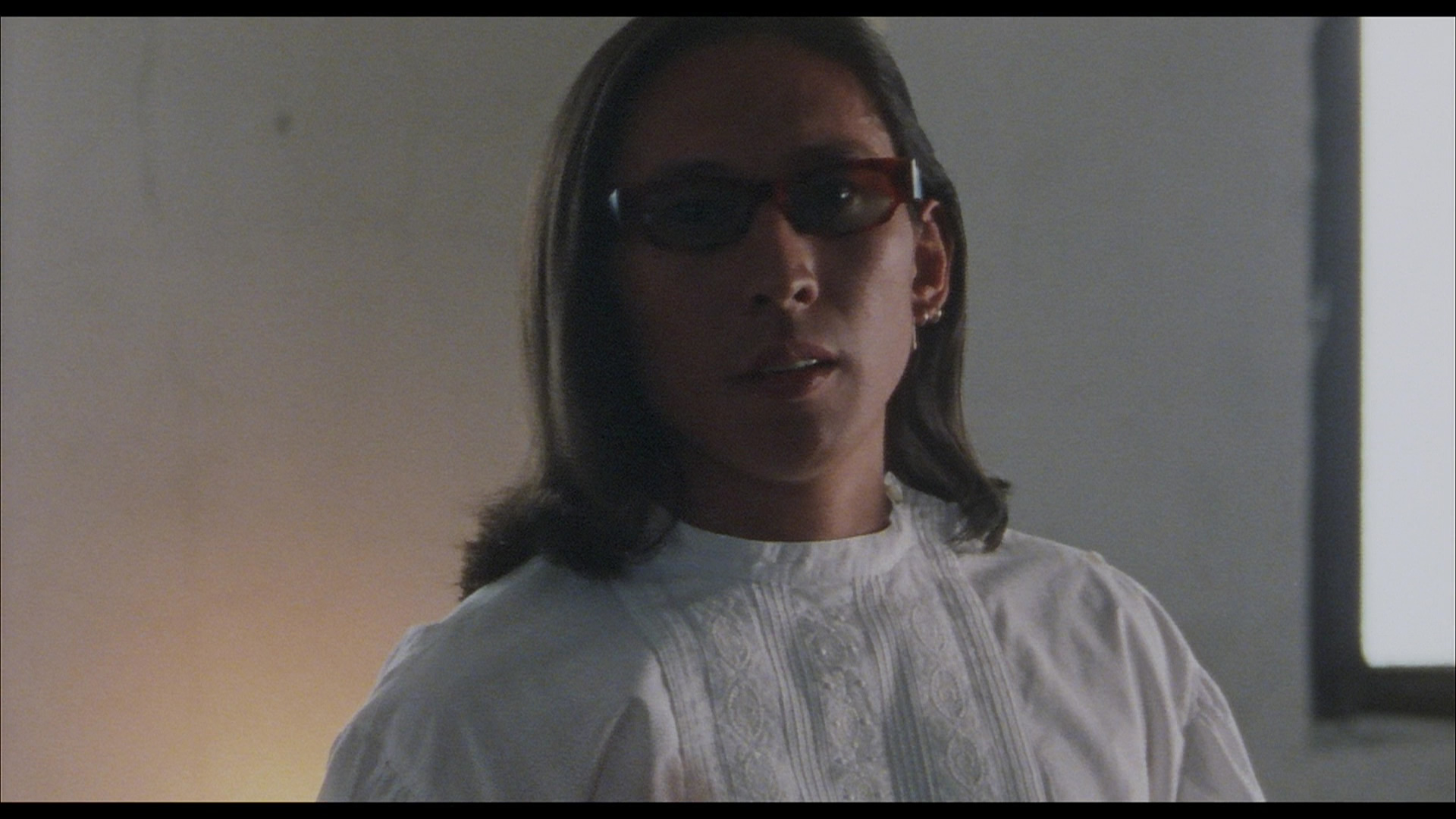 shouldn't have come as much of a surprise; that film's melancholy sense of lost and dearly paid prices could have certainly been borne from the concerns in this film. 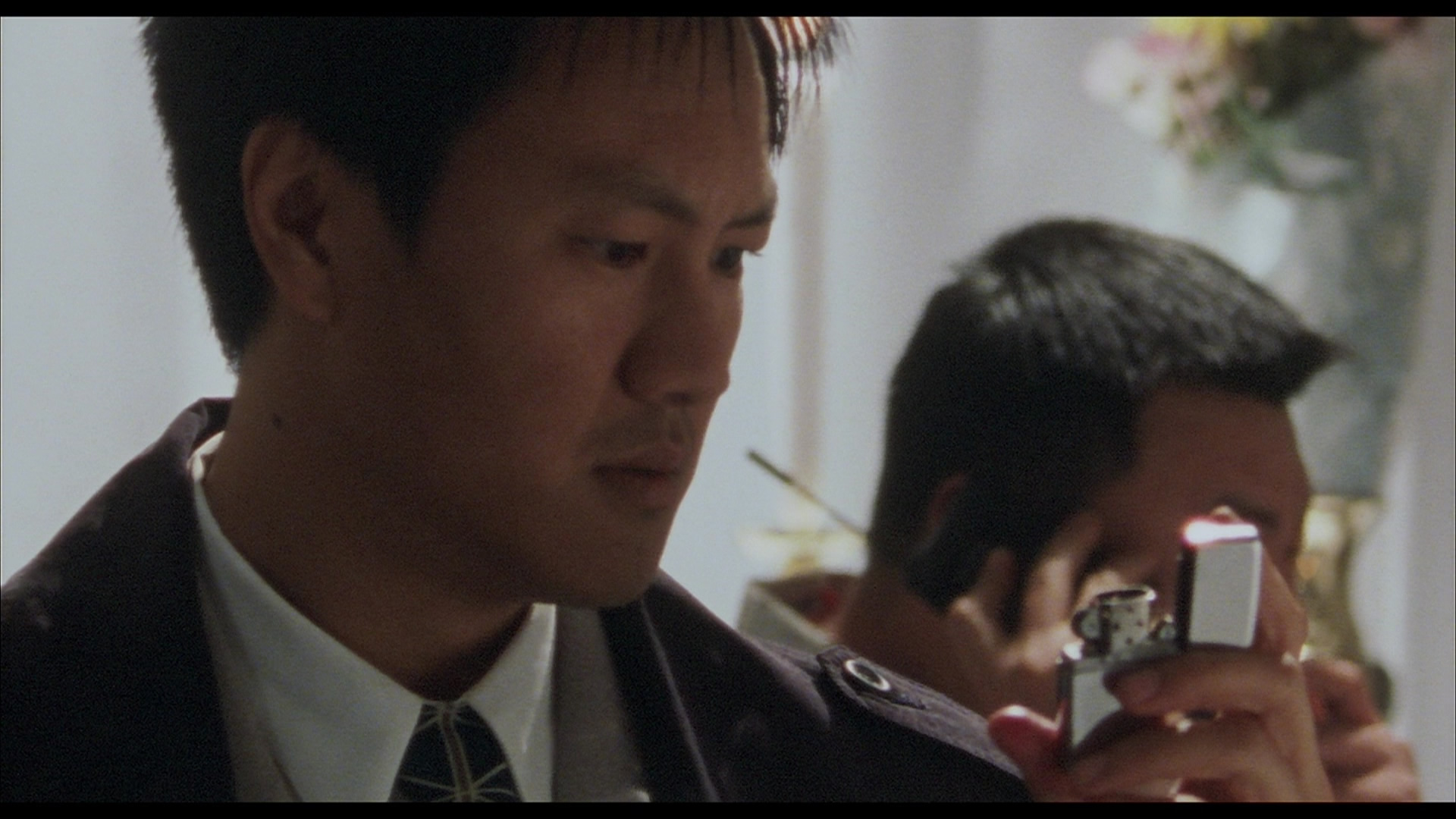 vein, the last and most experimental of the three, Ley Lines (Nihon kuroshakai), begins with young children pelting racial taunts recalling the cultural violence of the first film. The young Chinese butt of the insults grows up to be Ryuichi, who decides with his two best friends to explore the promise of life in Tokyo. Accompanied by a larcenous and prostitute, the youths head off to their destinies and find far different circumstances in store than they had imagined.

The most elliptical of the three, Ley Lines isn't as fleshed-out as Rainy Dog nor as extreme as Shinjuku; within this middle ground it instead seems to exist as a stylistic exercise involving beautifully oversaturated colors, with the screen often threatening to drown in seas of gold and orange. It's a fascinating film to watch but feels like more of a rough sketch than its companion pieces, similar in tone to Fukasaku's When We Were Young: Rage rather than what one might expect from Miike.

The trilogy was first released for English audiences from Tartan in the U.K. in 2003, but the first real red carpet treatment came in 2004 from ArtsMagic who released each title individually or together as a deluxe box set in fold-out packaging. 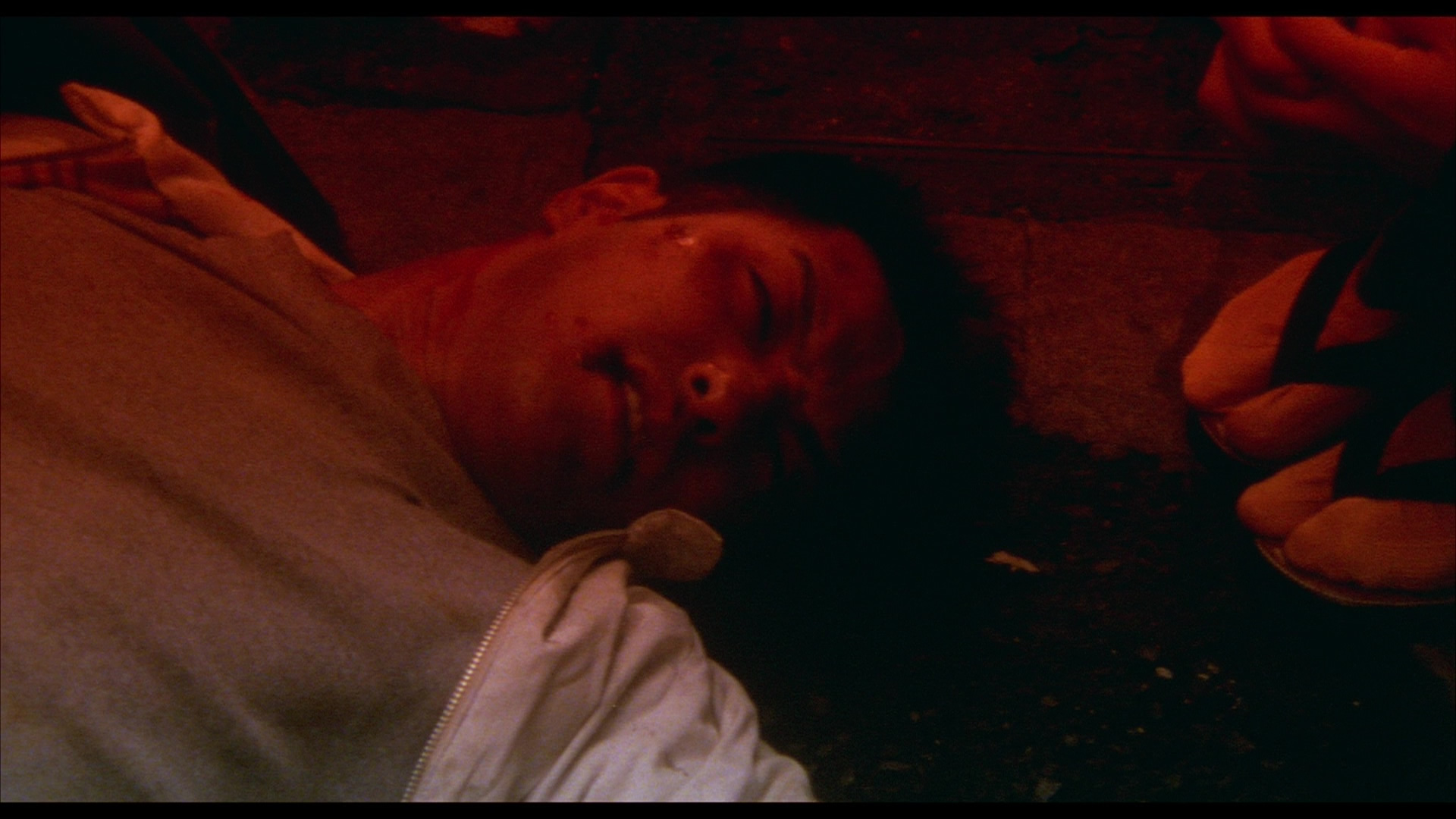 Either way you get anamorphic transfers of each film, looking about as good as transfer standards at the time would permit. The cinematography for these films uses a great deal of heavy, inky black to suffuse the screen, though it's a credit to the transfers that digital problems are kept to a surprising minimum. The stereo soundtracks don't offer a huge amount of flashy separation effects but sound fine; the optional 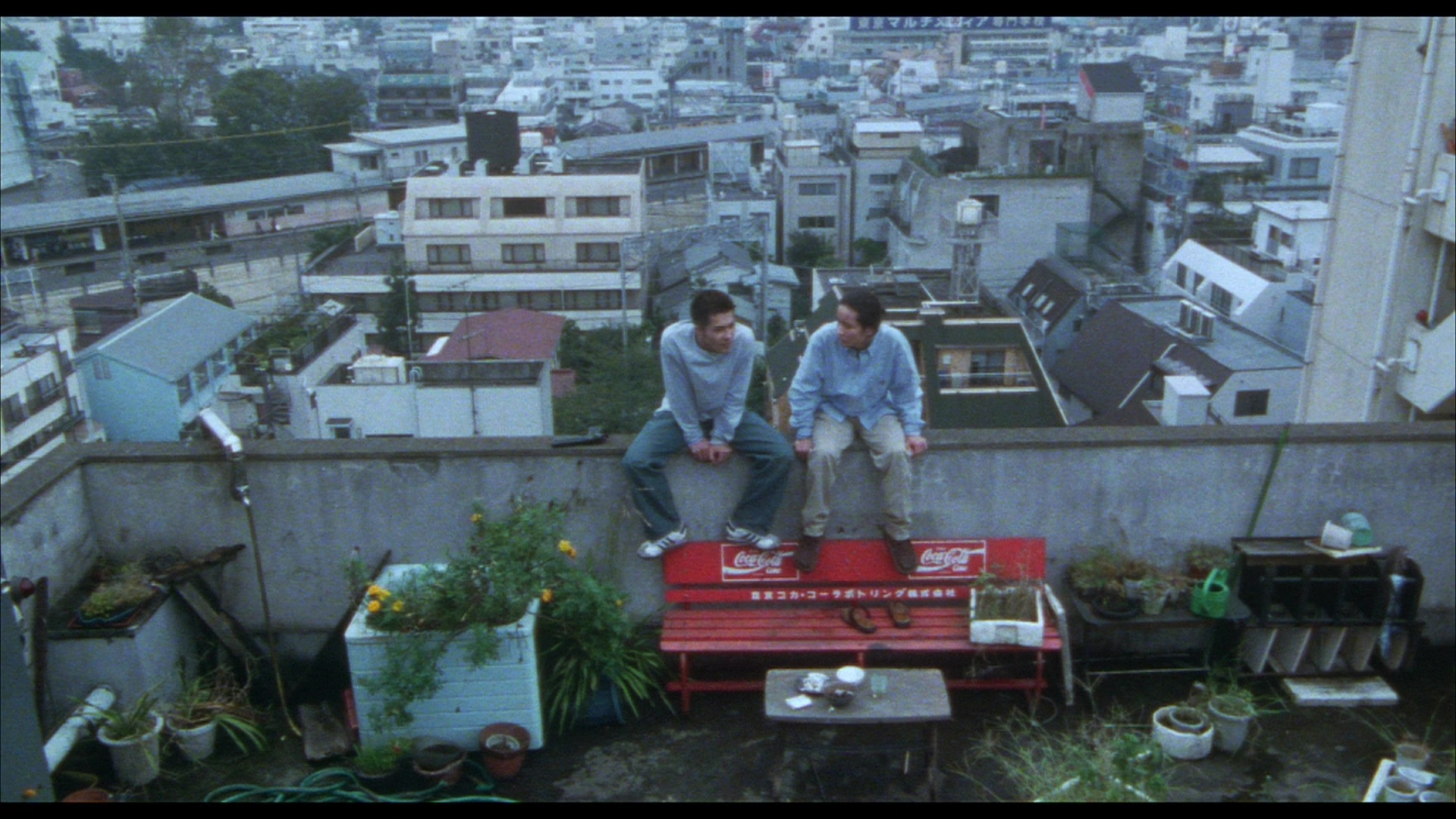 English subtitles are well-written and occupy a nice balance between reader friendliness and cultural explanation. Tom Mes, author of the Miike scholarly book Agitator, appears for a feature-length commentary on each title and offers a nice series of observations about the themes and character concerns running through each film while offering some useful tidbits of cultural explanation where necessary. The camera-friendly Miike appears once again for different video interviews on each title (alas not as outrageous as his earlier interviews on titles like Audition), while editor Yasushi Shimamura turns up for separate interviews explaining the process involved on each film. Each disc also includes a trailer for its representative film as well as the expected cast and crew filmographies.

In 2017, Arrow Video snapped up the trilogy for a much-needed Blu-ray release as well as a DVD reissue. The image quality for each film is a significant step up, retaining that jet-black aesthetic and gritty texture while delivering more vibrant, tightly-resolved colors with greens and reds in particular looking healthier all around. The Japanese LPCM stereo tracks sound as polished as the original films will allow; these aren't the most dynamic mixes 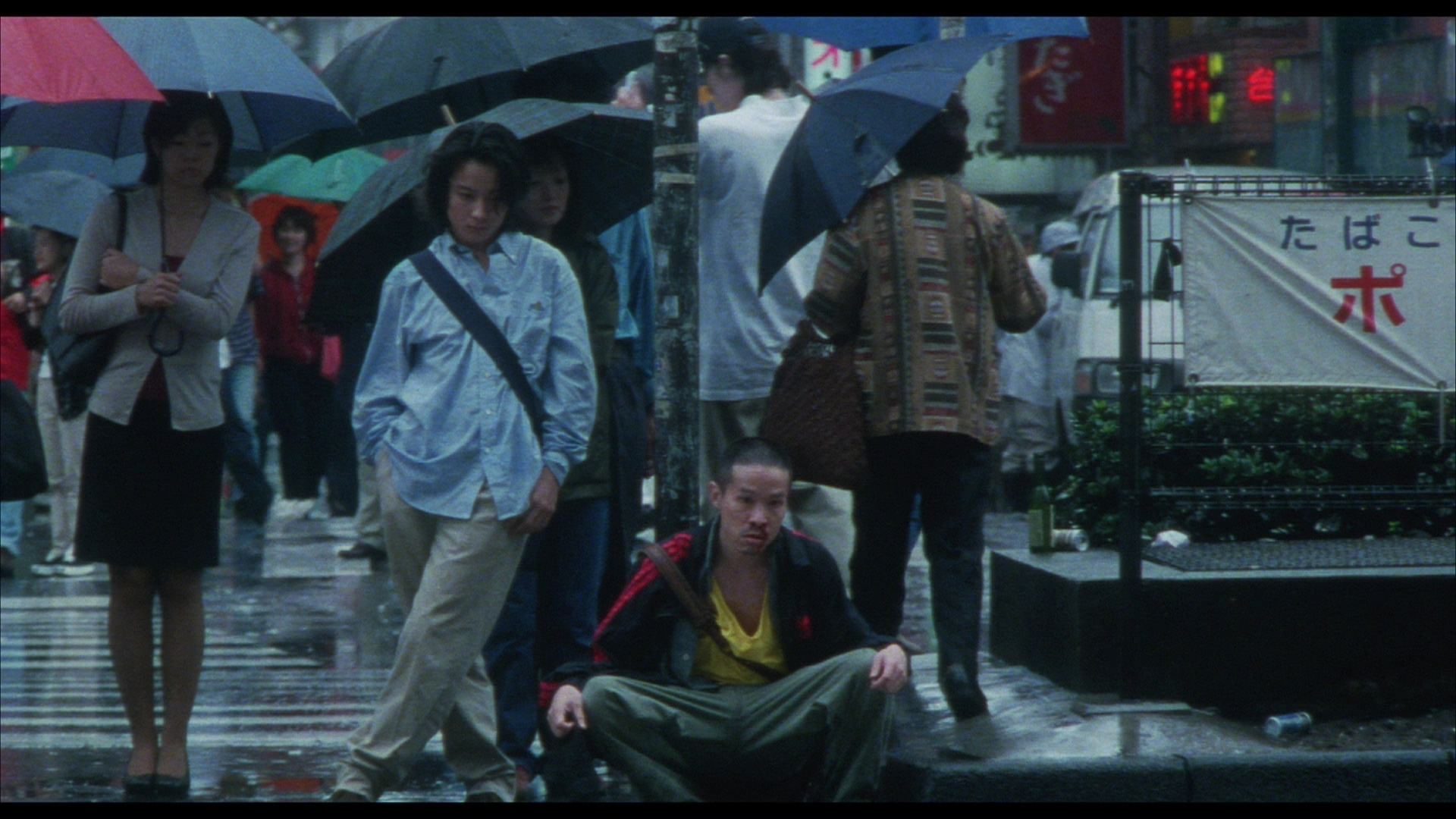 but they come across here effectively enough, with optional English subtitles provided. Interestingly, Mes reappears with a completely new audio commentary for each film; Miike's career has zigged and zagged quite a bit in the thirteen years since his earlier tracks, so there's a lot of updated material to sift through here as he dives into the early stages of Miike's career and how various elements and tonal choices would reverberate through the rest of his work. He's a bit quieter and more subdued here but provides a wealth of observations for the director's fans and does a good job of drawing parallels between the three films. The two-disc Blu-ray edition contains Shinjuku Triad Society and Rain Dog along with their respective trailers, while the second disc has Ley Lines, its trailer, and a pair of new featurettes. "Takashi Miike: Inito the Black" offers a 45-minute chat with the director in Montreal at Fantasia about the trilogy, how he fell in love with filmmaking, his usual self-deprecation, and his early formative years in the Japanese film industry. In the 21-minute "Show Aikawa: Stray Dog, Lone Wolf," the actor talks about his roles in Rainy Dog and Ley Lines shares plenty of stories about the unintended injuries during his fight scenes, his early roles in mostly straight-to-video projects, and breaking into "a scary world" with directors like Kiyoshi Kurosawa, as well as the first time he realized Miike was a director and how it felt to work in near-constant rain. In usual Arrow fashion the set includes reversible cover options featuring a new design by Chris Malbon and, in the first pressing only, an insert booklet with Miike essays.