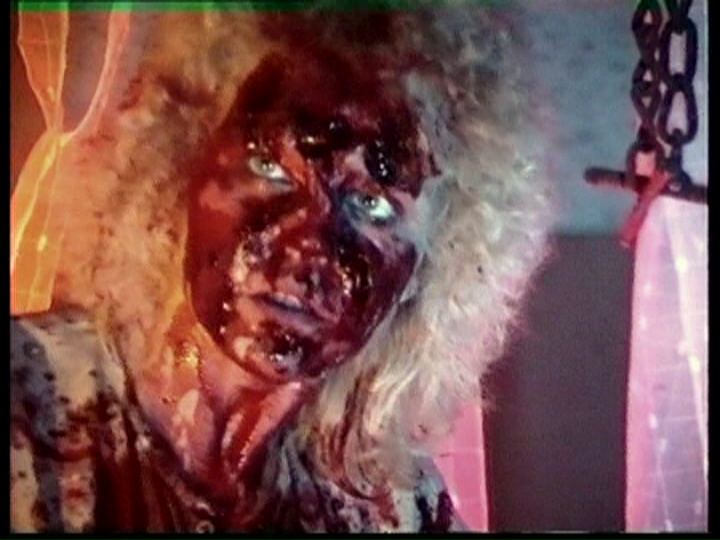 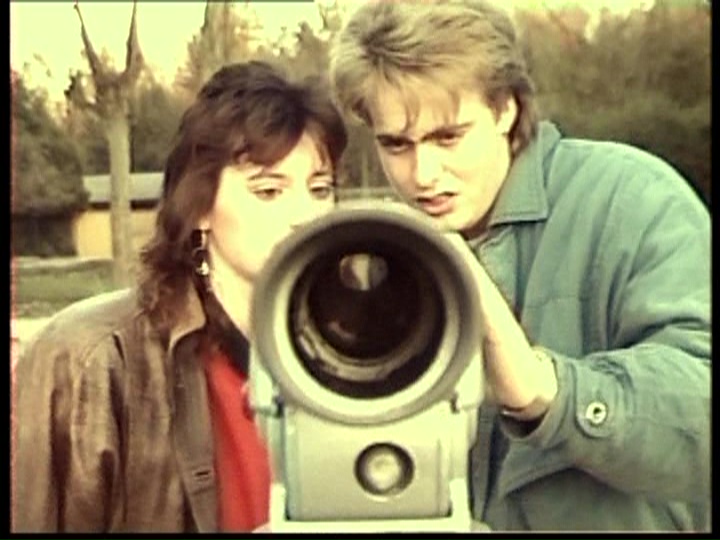 Any young horror fan weaned on VHS in the ‘90s was familiar with the name Olaf Ittenbach, a fledgling German filmmaker who made a name on the underground tape circuit with a pair of outrageously gory homegrown titles, Black Past and The Burning Moon.  Though the rest of his career also delivered the bloody good in abundance, it’s really those first two films that cemented his reputation and earned a soft spot in the hearts of gorehounds everywhere. Oddly enough, these first two titles have now been treated far more respectfully than the majority of Ittenbach's later output, whose high levels of gore mean it's impossible to find uncut versions of many titles.

The plot of Black Past is simplicity itself. Young Thommy (Ittenbach himself) has just moved into a spooky new house with his family, and while digging around in the attic, he uncovers a mirror chained up in a wooden chest in the attic. Not being terribly bright, he decides to hang the mirror up on a wall and promptly unleashes the spirits of the previous murderous inhabitants, who start to possess him and command him to kill. The mayhem starts off with Thommy’s lady crush, Petra (Arbter), getting run over by a car and coming back as a zombie he has to kill over and over again. Soon the screen is splashed in blood as Thommy goes through literal hell including what amounts to an impressive gore showcase filled with actors being dismembered and turned into skeletal monstrosities.

Obviously this premise is nothing new (having been explored in everything from Dead of Night to Twice Dead to Oculus), but Black Past gives it a whole new spin with a mammoth amount of carnage and that aw-dropping 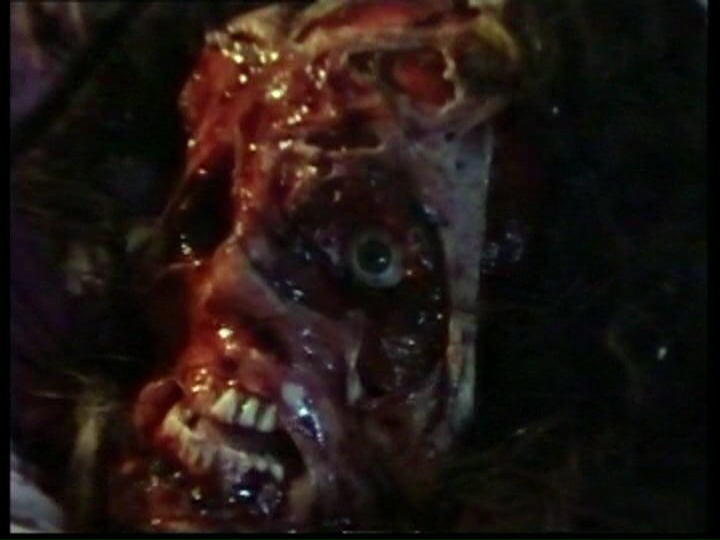 descent into the underworld, which allows 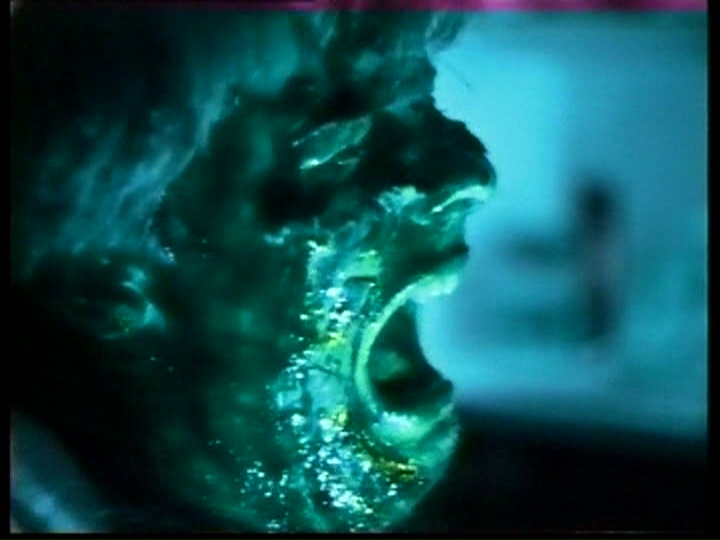 his inner monster kid to run wild and sets the template for similar sequences in his The Burning Moon and No Reason, among others. Despite his puffy mullet, Ittenbach makes an okay lead and has an odd habit of shooting himself in his undies or less, not to mention subjecting himself to some of the worst brutality including a scene involving a nail and a board that will make every man shriek. The real attraction here is the cavalcade of gore and other grotesqueries, which are pulled off with great flair and energy that sets them apart from other VHS-shot horror quickies from the period. As a directorial calling card, it's definitely one of the more attention-getting of its kind.

Black Past first appeared on DVD in Sweden in a solid 2011 edition with optional English subtitles (and a variety of Scandinavian languages) plus excerpts from his early homemade gore short films (including a goofy, graphic gender-swapped version of the Psycho shower murder) and a couple of German TV appearances. Less useful is the 2012 German edition from Intergroove entitled Black Funeral, with no English-friendly options, a ridiculously misleading Photoshopped cover, and no significant extras. The 2017 American debut from Massacre Video tweaks things a bit by including the same short clip reel (with Ittenbach interstitials) and tossing in an unrelated but wild (and oddly kinky) 10-minute short, “Black Mold,” about a trip to a leather club that goes very, very wrong.  Bonus trailers for My Red Guts and Nurse Jill are also included. As the actual film was shot on a PAL VHS camcorder, the transfer does what it can with the source material and at least looks a couple of generations better than those gray market copies that used to get swapped around; the optional English subtitles are quite welcome and have some amusingly depraved dialogue at times.