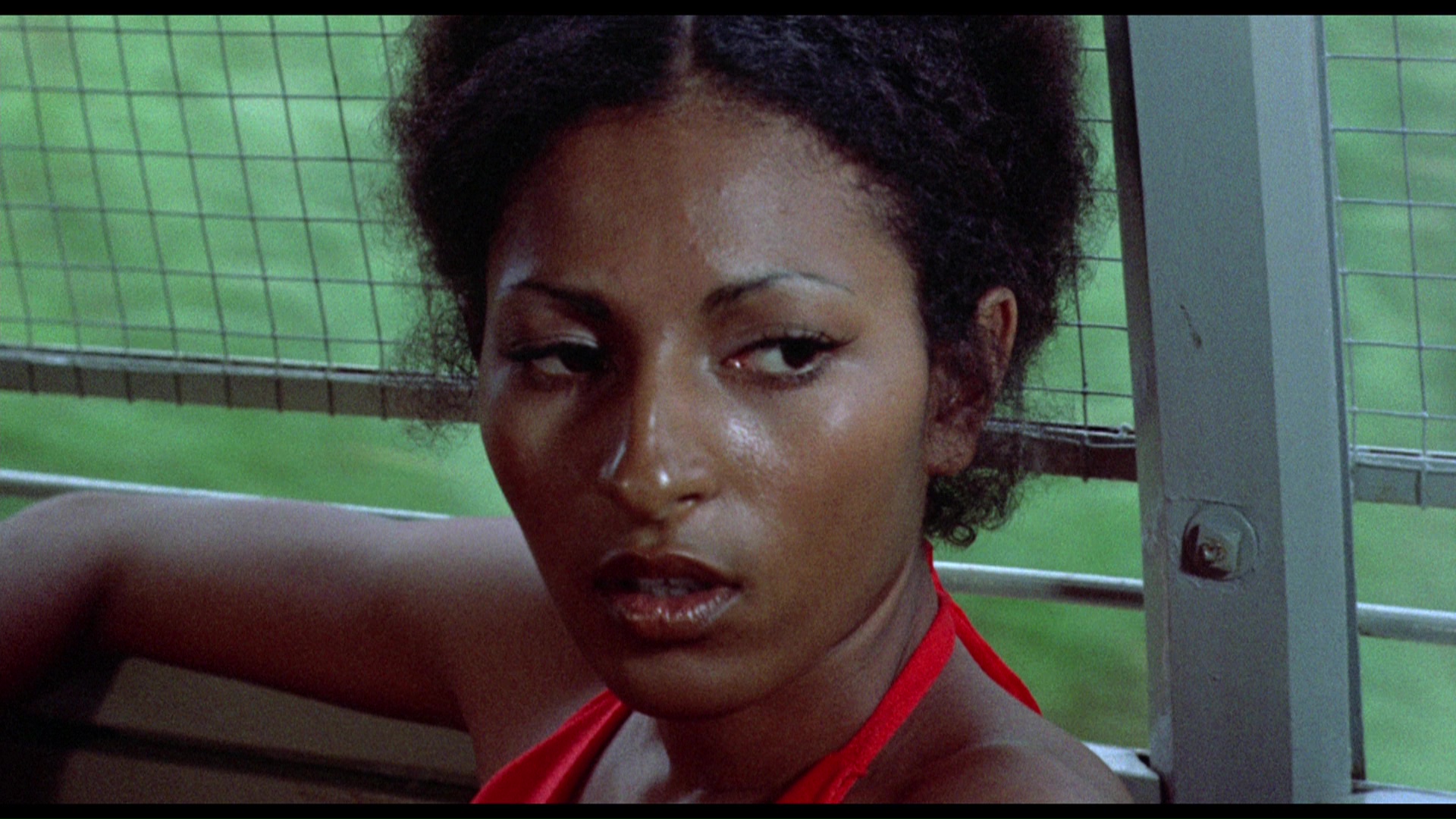 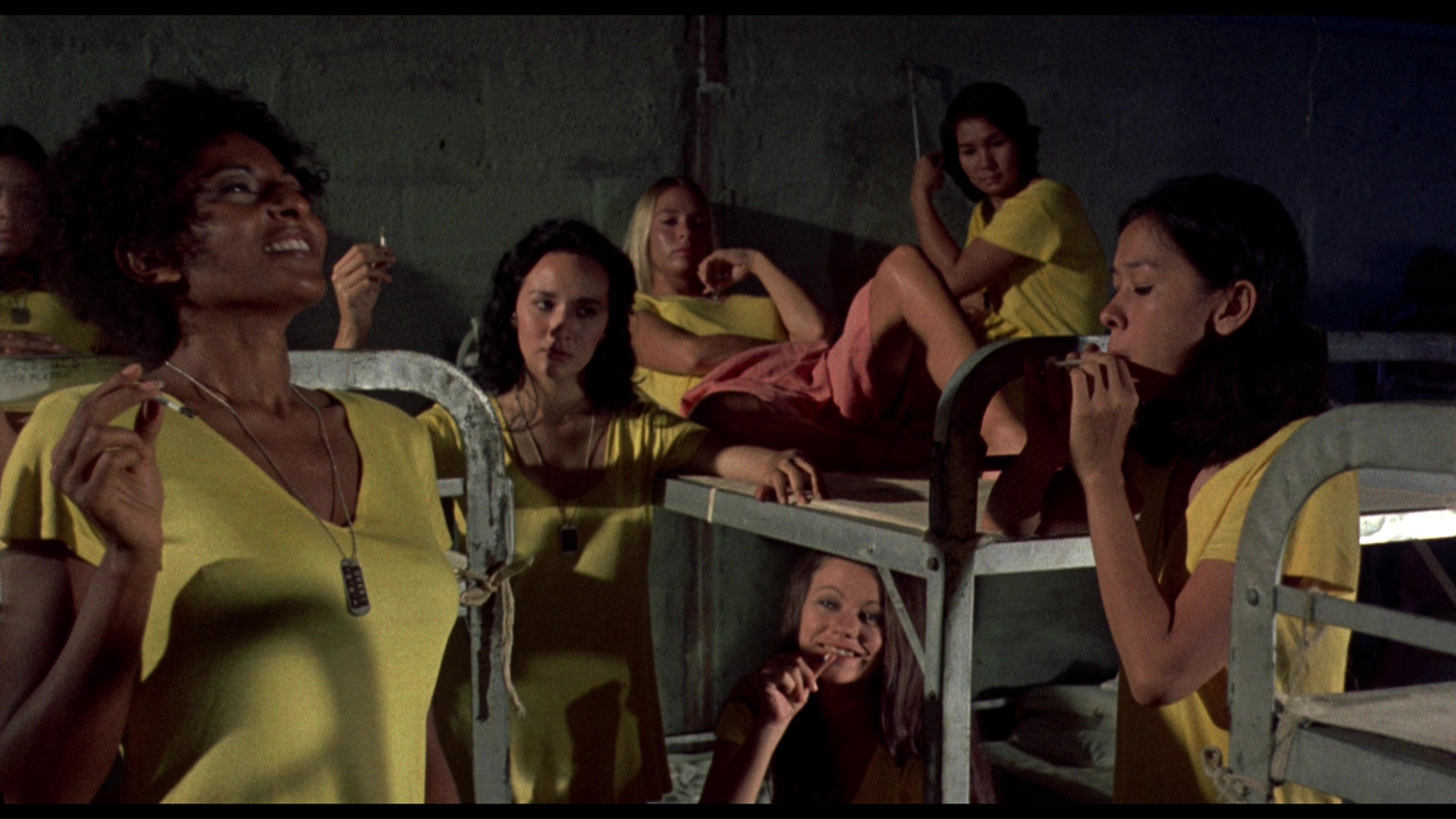 After his fast and successful run of Filipino "Blood" films like Mad Doctor of Blood Island, director Eddie Romero switched gears to offer his own spin on the women-in-prison genre. Working from a story co-written by a pre-Caged Heat Jonathan Demme, this schizoid production veers from one subplot to another with reckless abandon, all loosely tied together by a plot cribbed from The Defiant Ones.

Life behind bars is hell for two prisoners, white Karen Brent (Margaret Markov) and black Lee Daniels (Pam Grier), which should be obvious since one of the first lines of dialogue is "Okay, strip 'em and get 'em wet." The inmates can't even take a long, steamy shower without a lesbian guard slobbering over them through a peephole, and let's not even mention the wardens. During a trip in the paddy wagon, an assault from Karen's radical comrades sends the two quarreling women scurrying off into the jungle bound together by chains at the wrist. At first they indulge in some light bondage cat fighting, but begrudgingly they agree to join forces to survive. Naturally, they do the logical thing and disguise themselves as nuns. While the jailbirds hop on the nearest bus, their escape sends a number of forces in hot pursuit, such as scuzzy gangster Ernesto (Zschornack), cowboy bounty hunter Ruben 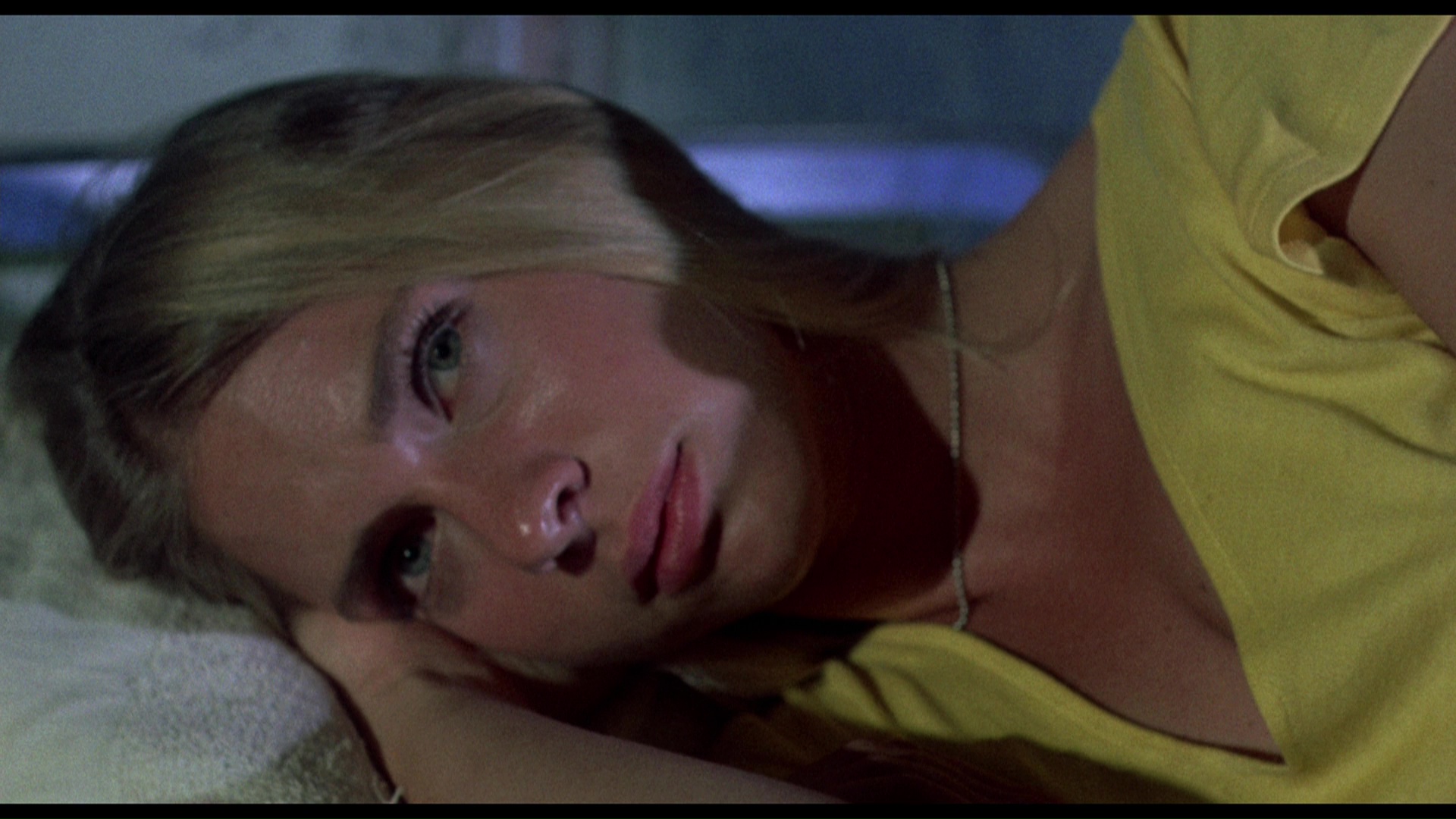 (Haig), and the aforementioned revolutionaries. The various plot threads finally collide during a bloody showdown at the Filipino docks, where everyone involved is forced to face the music. 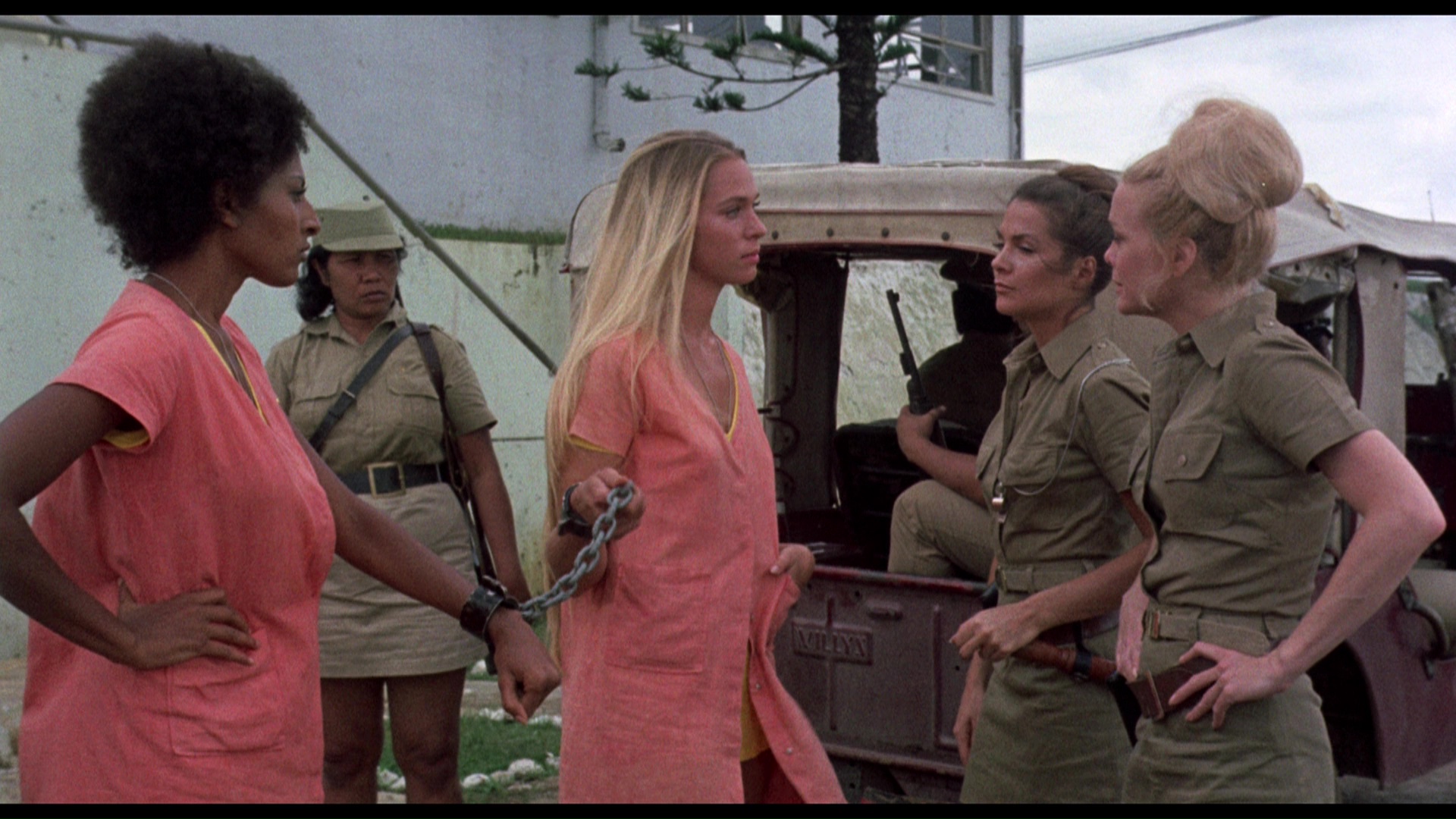 Neither the best nor the worst of the '70s women-in-prison films, Black Mama White Mama looks very similar to other Filipino jail epics like The Big Bird Cage. The rambling structure results in more than a few pacing lulls, or as Joe Bob Briggs would say, there's an awful lot of plot getting in the way of the story. What makes this film memorable is the presence of Grier and Markov, who teamed up again two years later for another quasi-feminist Italian B-movie favorite, The Arena. The two women don't receive as much screen time as one might expect from the title and do far less nudity than the anonymous Asian ladies populating the background; indeed, the stars are almost forgotten entirely for the middle third of the film. The ending is also an unexpected downer, though it's certainly something you remember. Luckily the healthy doses of slapping, screaming, and showering are enough to qualify this as a sleazy good time, worthy of its enduring status as a '70s drive-in classic.

Despite its solid run in theatres throughout the '70s, Black Mama White Mama was oddly difficult to see on home video for many years. A crummy, legally dubious 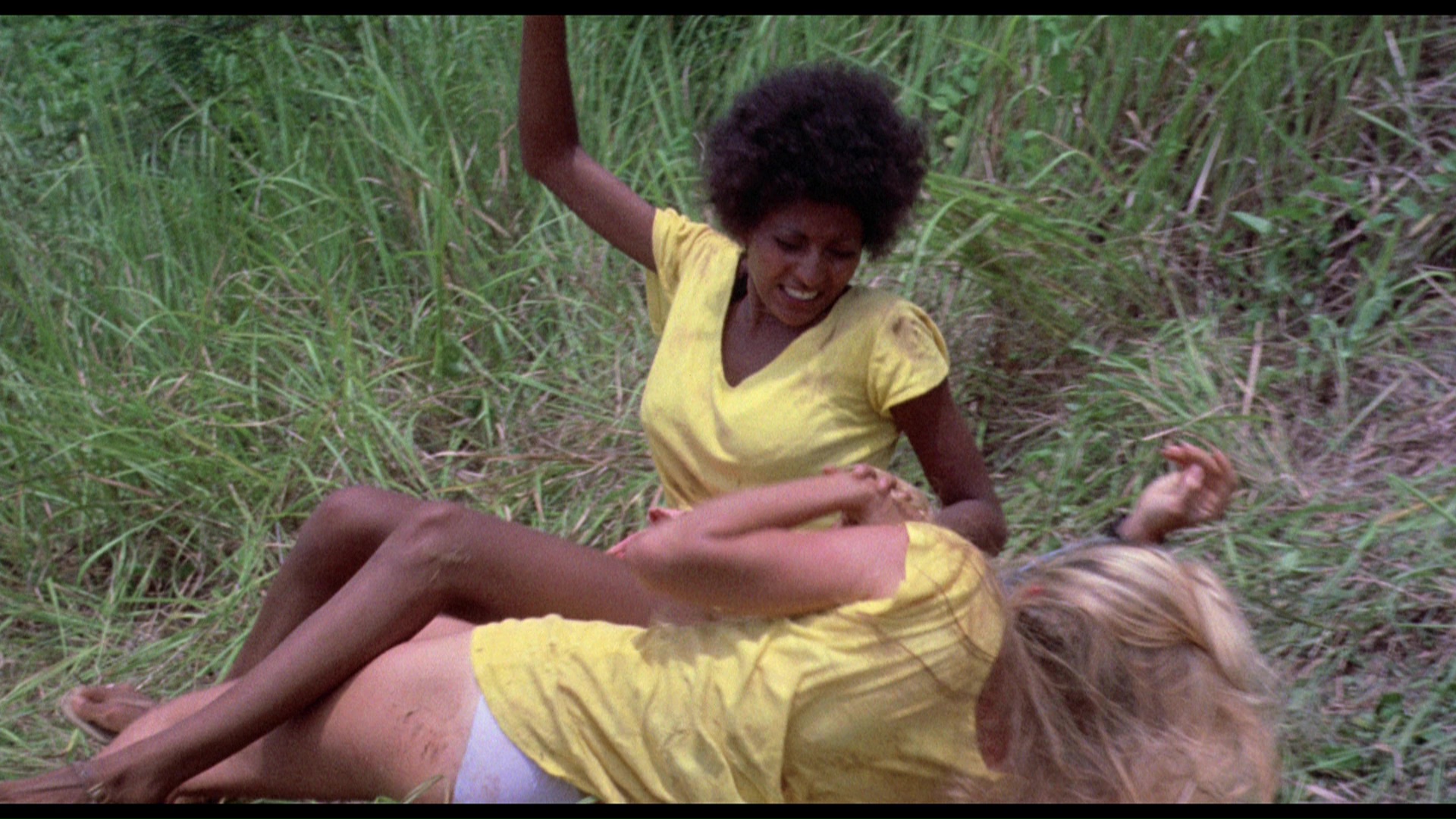 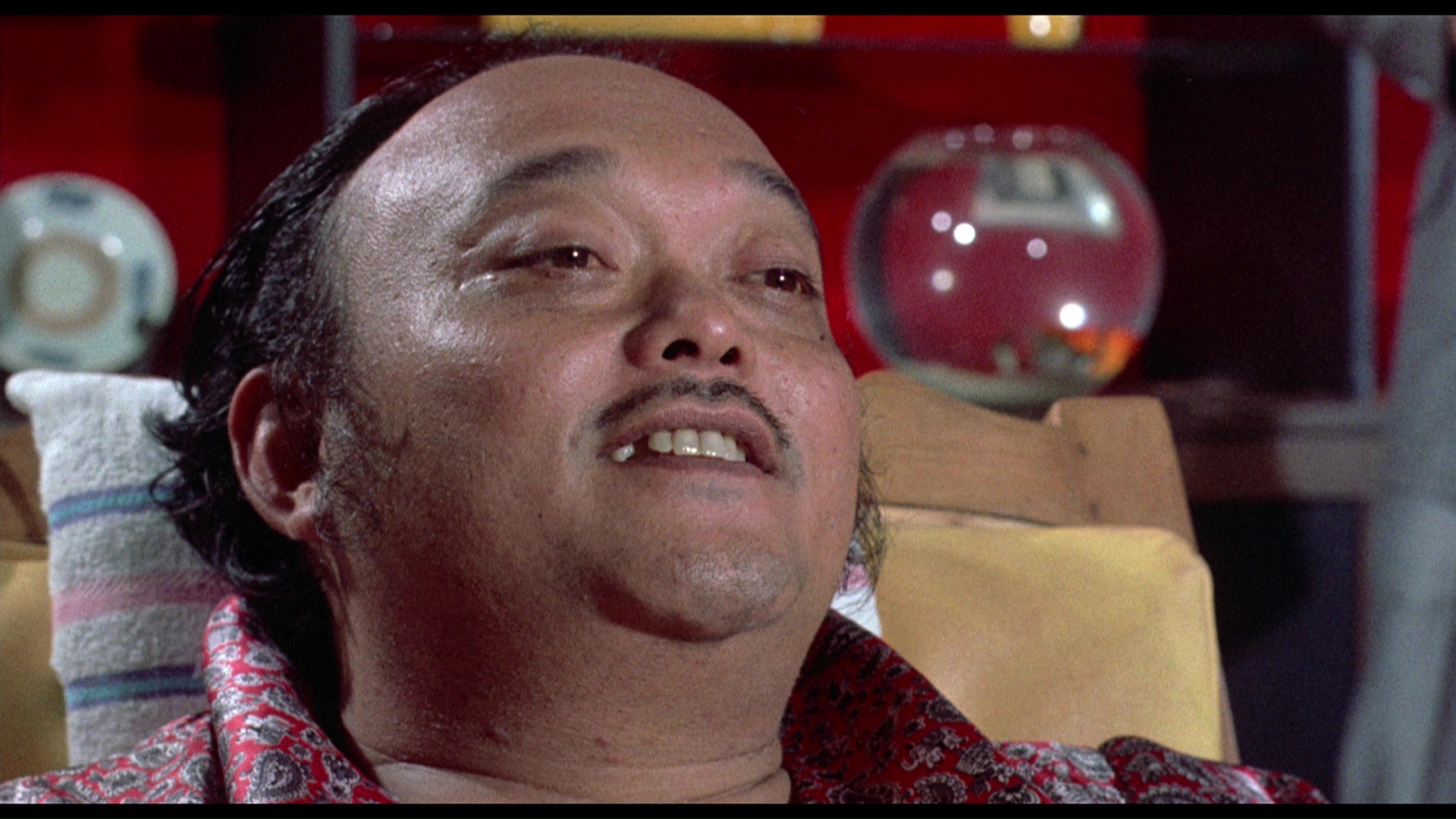 Orion finally went back to the original materials for their overdue VHS version, with the rights later passing to MGM for a DVD edition containing a pretty solid anamorphic transfer. That disc includes the US theatrical trailer in a somewhat different form than the one previously included on Something Weird's beloved compilation, Afros, Macks and Zodiacs.

In 2016, Arrow Films debuted the film on Blu-ray in an American-only edition coded for Region A players (with a DVD of the same contents in SD also included). The HD transfer supplied by MGM is up to their usual standards for films of the era with very punchy colors, a healthy bit rate, and far more detail than any previous incarnation. This isn't the slickest film in the AIP library, but it's hard to imagine it looking any better than this. The LPCM mono audio sounds great, and there's also a very enthusiastic new audio commentary by Aussie filmmaker Andrew Leavold (The Search for Weng Weng). He's full on info about every player seen in the film, the work of Eddie Romero (who apparently wasn't a big fan of his own exploitation work), and some readings about the film's status in the WIP cycle and its revolutionary politics. He also takes an amusing amount of glee reciting some of the film's most potent lines of dialogue like "Listen, bitch, you can stick that up your ass!" In the new and very welcome 14-minute featurette "White Mama Unchained," Markov (who comes off as very elegant and charming) chats about her career from her 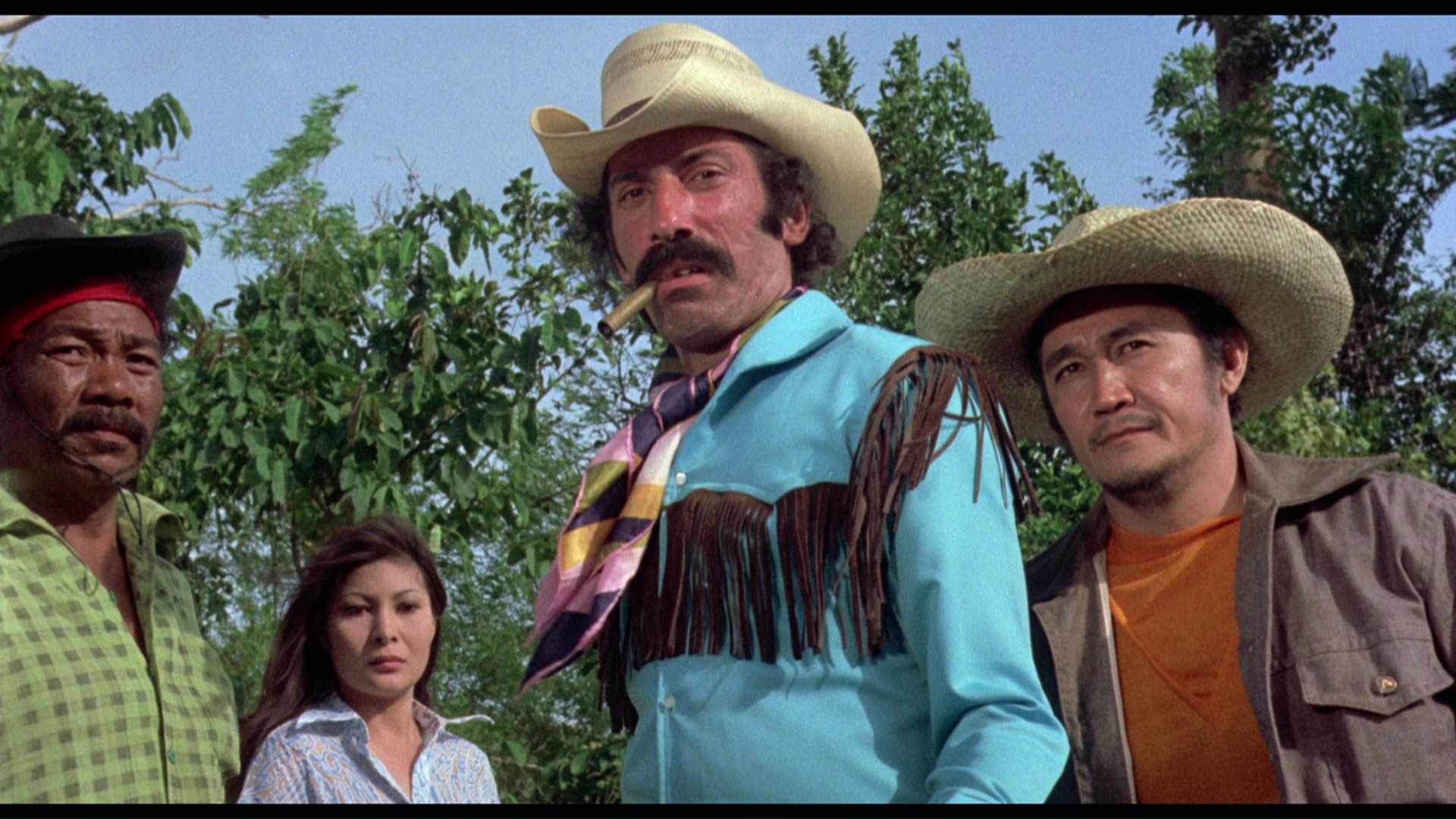 first role as a 14-year-old newbie through her colorful career with directors like Jack Starrett, Roger Vadim, and Eddie Romero as well as her marriage to producer Mark Damon and getting bitten on the eye by a Filipino spider. The 16-minute "Sid Haig's Filipino Adventures" focuses a good bit on his Jack Hill projects, not surprisingly, and his lengthy working relationship with Grier from her first discovery as an AIP secretary. He also goes into working with Romero and the "crazy" Vic Diaz, a mascot of Filipino exploitation who gets a small but juicy role in this film, too. Leavold makes a return appearance to conduct an interview with the late Romero for "The Mad Director of Blood Island," which goes through his memorable output from Terror Is a Man through his famous cycle of Blood Island favorites and Filipino war films (as well as the "watershed" impact of Apocalypse Now shooting there, including a bizarre demand for real corpses). The trailer and a gallery of posters and stills rounds out the disc itself, which comes with a reversible sleeve featuring a new design by Sean Phillips and the original poster art plus, in the first pressing only, a booklet featuring a new essay by Temple of Schlock’s Chris Poggiali and highlights from the original press book.