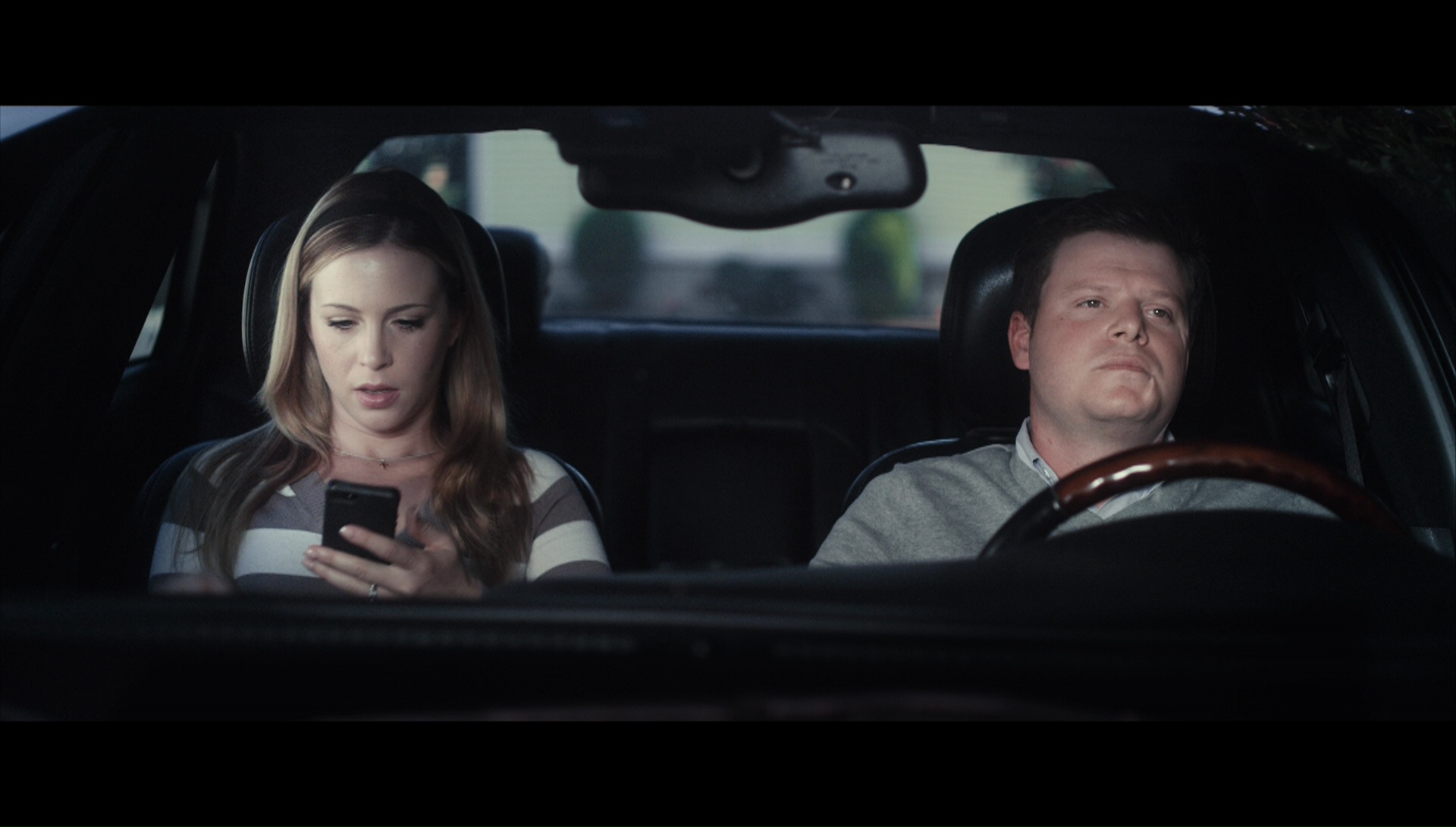 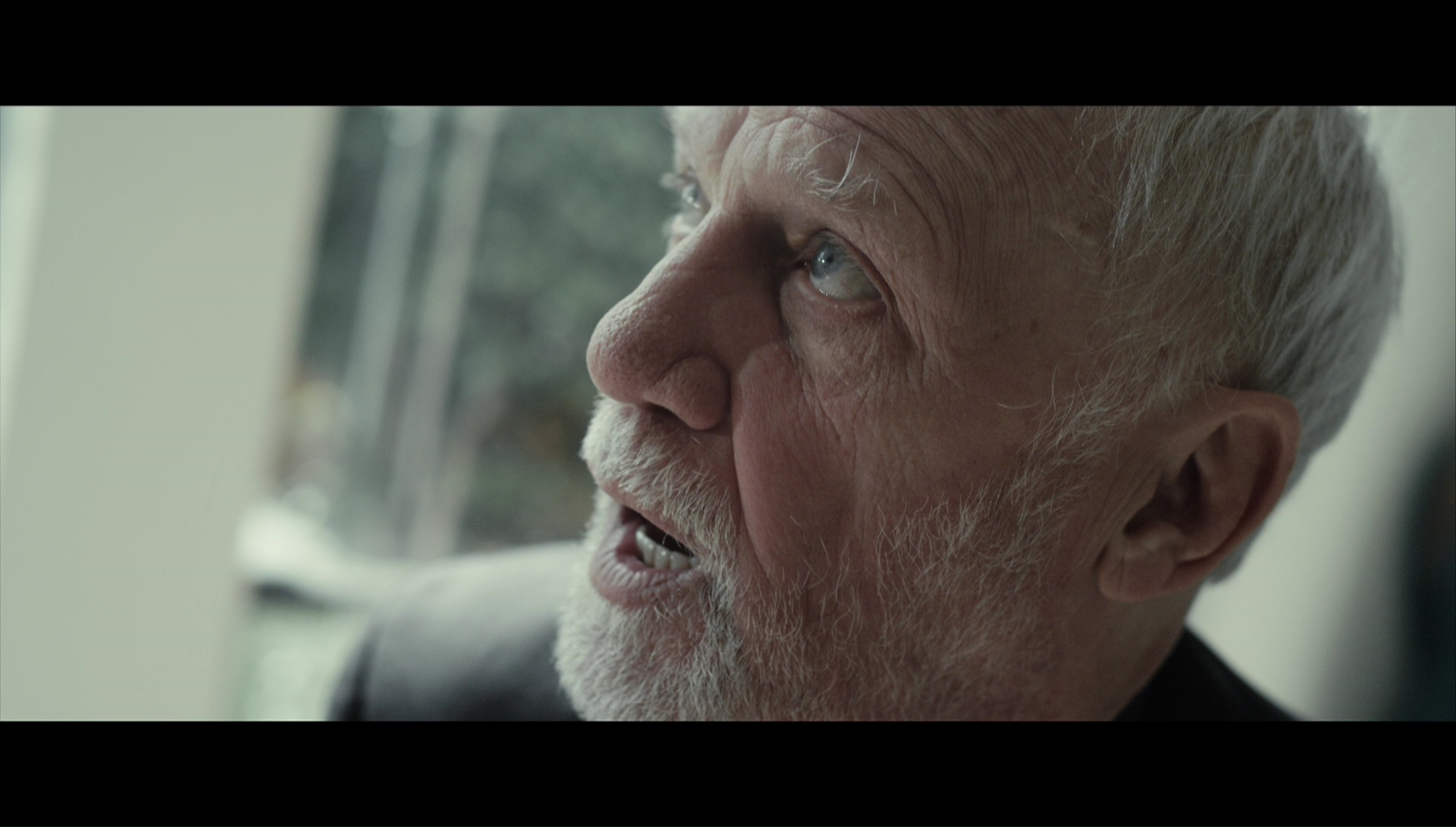 Though you can find hundreds of horror movies dealing with Christian ideas about God and the devil, the list of truly theological genre fare is much smaller. The Exorcist still leads the pack, of course, with others like Frailty, The Seventh Sign, and evangelical outliers like the delirious Thief in the Night tackling some weighty issues with varying degrees of success. Throwing itself into that small arena is The Binding, which takes a page or two from Michael Tolkin's 1991 masterpiece The Rapture (technically not a horror film, though it often really feels like one) for a very extreme look at the limits of religious faith.

We first meet Sarah Iman (Gumenick) in a state of hysteria over her missing baby in an apocalyptic curtain raiser that may or may not be a dream. As it turns out, she's just given birth to a daughter with her husband, Bramwell (Heisler), a minster and recovering alcoholic. (Sarah's vice, on the other hand, is sneaking out for a smoke.) However, on the occasion of their daughter's christening, Bramwell starts to receive visions he claims come directly from God. At first Sarah welcomes the divine development, but things take a darker turn when his orders take on an Old Testament bent and he's ordered to kill their child to save the earth from damnation. Consultation with an older, much more experienced priest (Russom) and a shrink (Cedar) offering different takes on the situation (including the hypothesis that he may be possessed by a demon instead), leading to a harrowing reckoning between the couple. 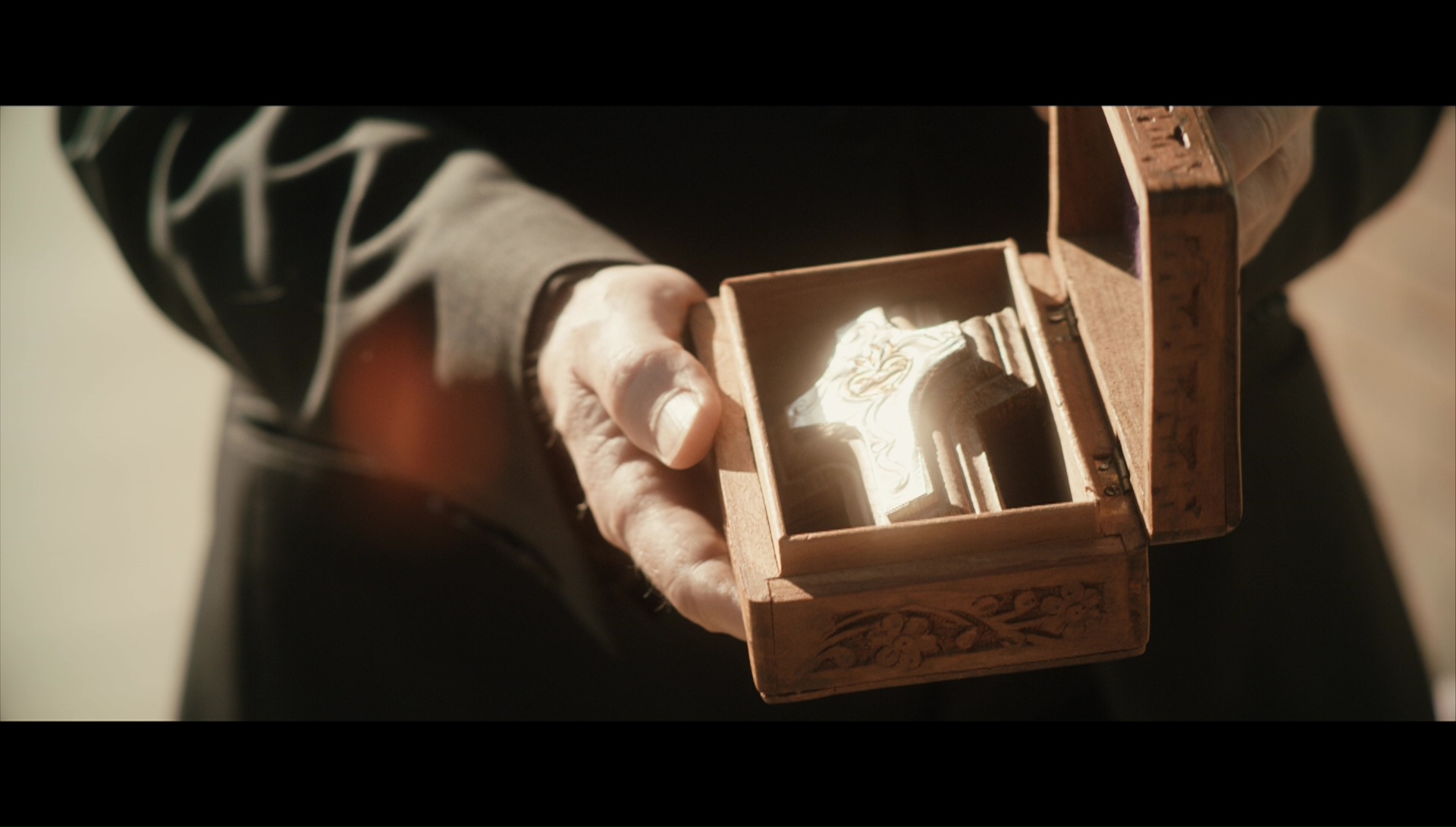 Shot for a very low budget, The Binding is 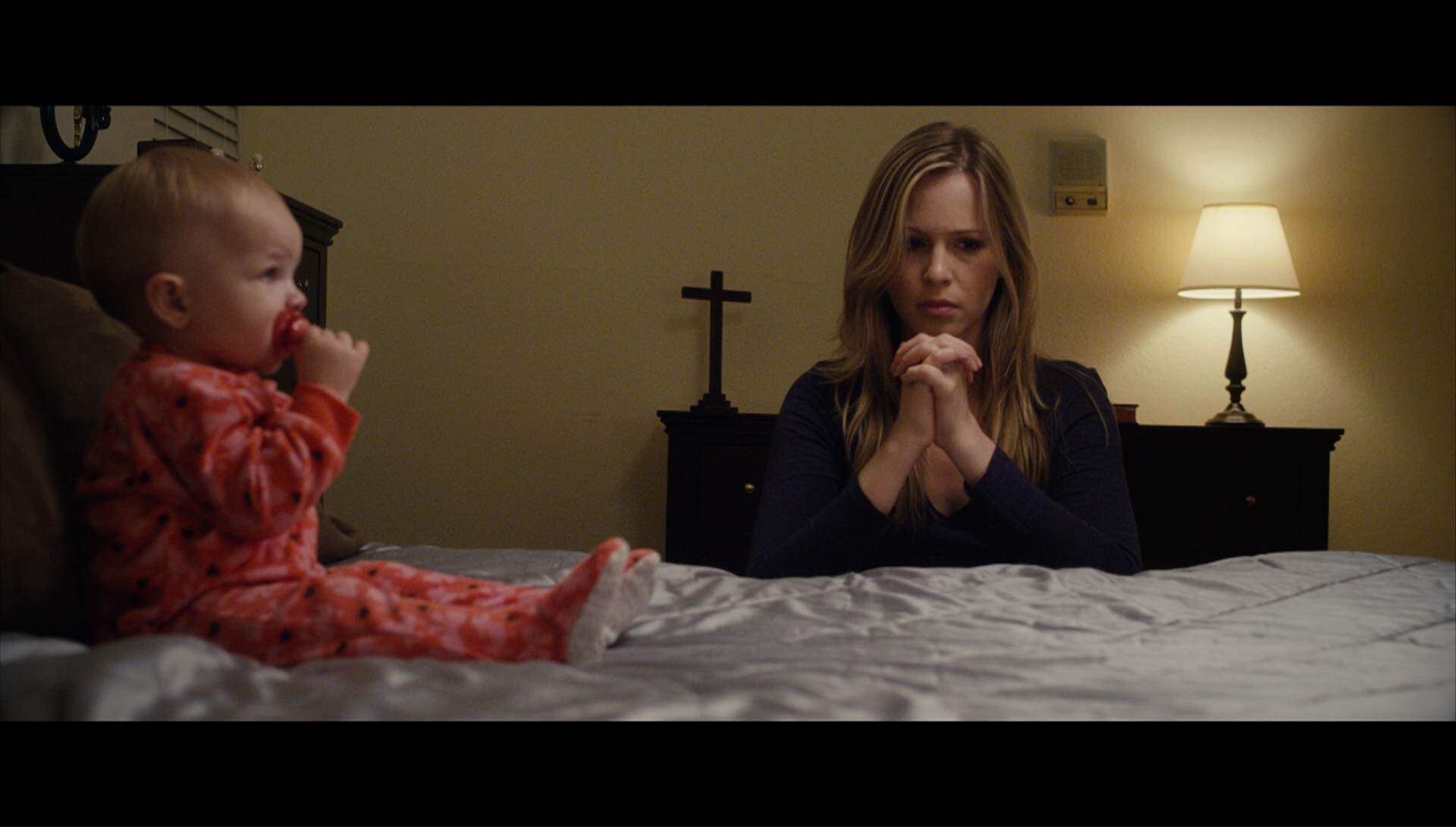 definitely more of a psychological horror film than a visceral one for most of its running time; you could probably show this in a theology class without sending anyone screaming from the room. That said, it does get genuinely creepy at times as it grapples with some interesting issues, and the open-ended final scene is especially haunting (with odd parallels to The Invitation of all things). The two leads are very good in roles that often run at a high emotional pitch for long stretches of time. If you're in the mood for some thoughtful horror with more on its mind than the usual possession schlock, give this one a spin.

Scream Factory brings The Binding to separate Blu-ray and DVD releases in an edition essentially in line with other contemporary titles from the line. Image quality is as pristine and reference quality as you'd expect for a 2015 production, thought the bright digital lensing pops a bit too much at times when a grittier, more atmospheric aesthetic might have been more effective. Audio options consist of 5.1 and 2.0 DTS-HD MA tracks (with optional English subtitles), with the former (which sounds like a matrixed job) offering some nice oomph for the rear speakers at times. Extras include a soft-spoken but interesting interview with first-time feature director Krieger (who goes into "thematics" a lot and only teasingly drops hints about the more ambiguous scenes), a 17-minute set of interviews with Gumenick, Heisler, and Russom (who talk about their confidence in the director, their differences from their characters, and the lack of chaos on the set), nine intriguing but disposable deleted and extended scenes (totalling 30 mins. with spoken director intros to each), and a theatrical trailer.