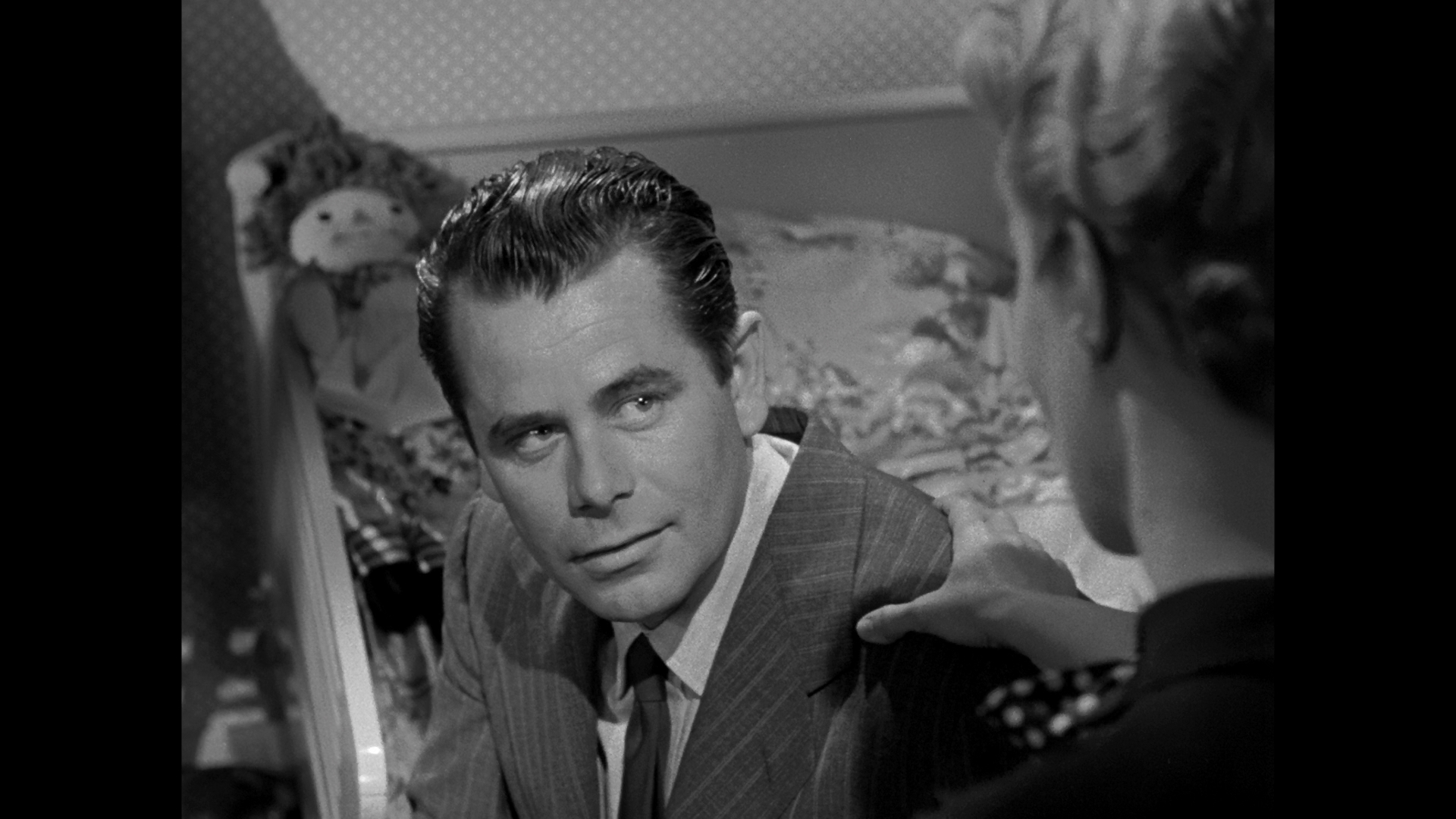 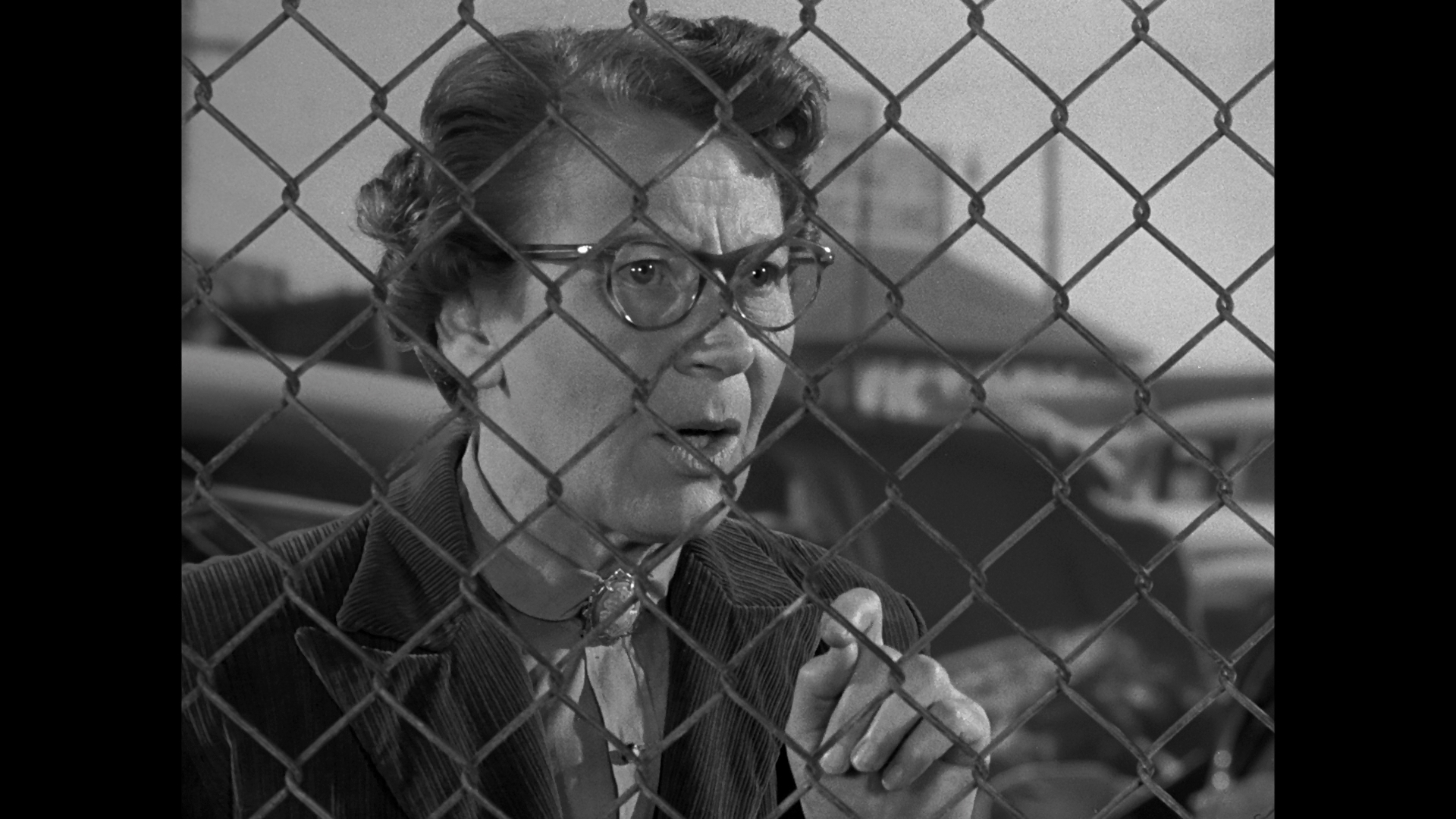 The evolution of film noir in the more seemingly complacent 1950s resulted in some memorably violent and perverse films that skirted around the limits of what the Production Code would allow at the time, and few did it more brutally and brilliantly than this superb entry from Fritz Lang in between his other crime films that decade like The Blue Gardenia, Human Desire, and While the City Sleeps. It also marked a career best showcase for actors Glenn Ford and Gloria Grahame, not to mention the most shocking use of a pot of hot coffee in cinema history.

Happily married honest cop Detective Sergeant Dave Bannion (Ford) has no idea his life is going to change forever when he takes on the case of a dead colleague, which is tied to the local crime syndicate headed by Mike Lagana (Scourby) and enforced by the ruthless Vince (Marvin). At first Bannion writes off the case as suicide, but another mysterious fatality involving the cop's mistress. Bannion soon pokes the hornet's nest of Lagana and his associates, which results in a massive personal tragedy and a dogged quest for revenge that finds Bannion teaming up with Debby (Grahame), Vince's moll, in a chain of violent reprisals that will bring an even greater personal cost.

Lang was never shy about injecting his American films with plenty of ambiguity and moral criticism, 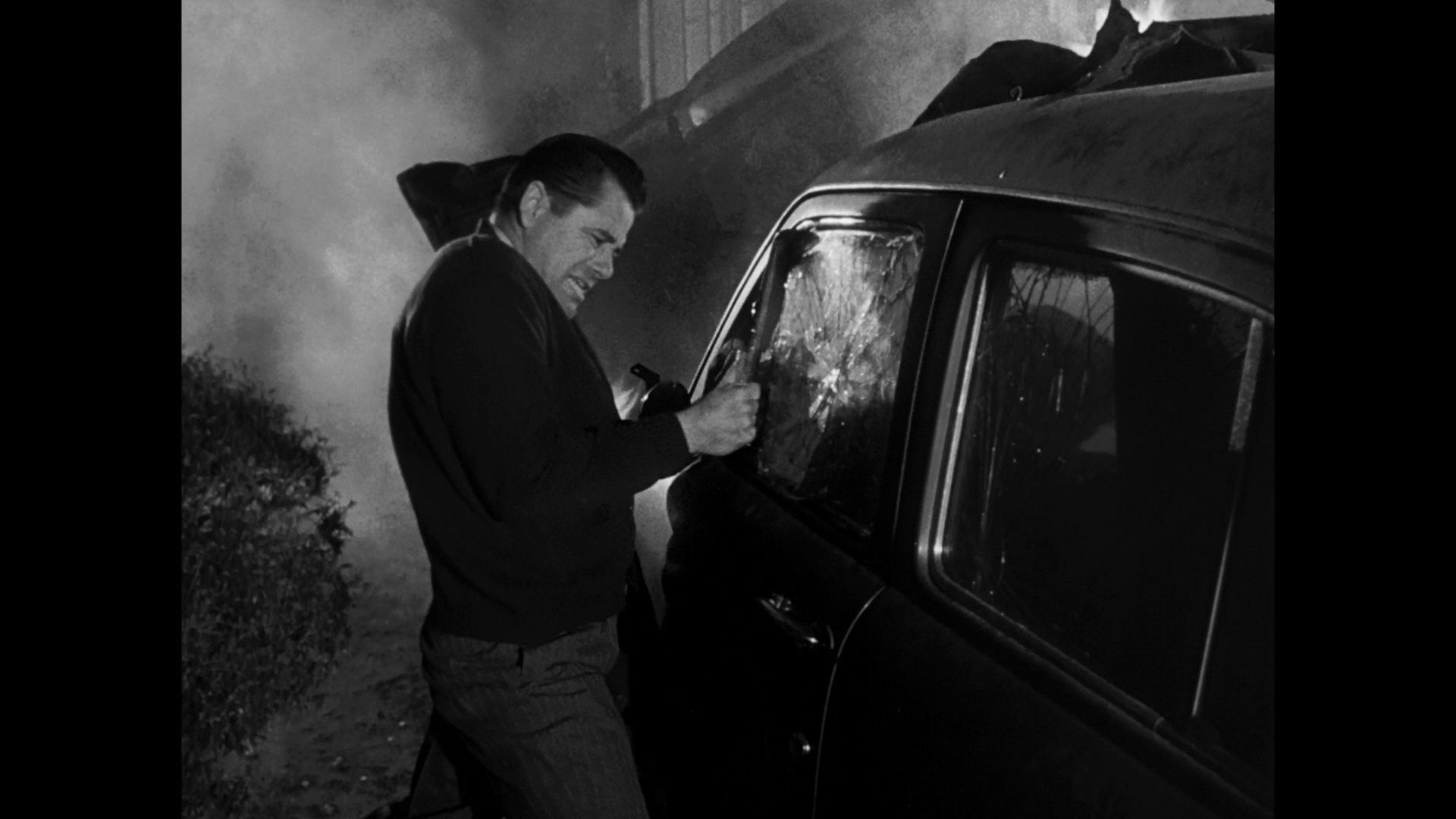 and that's certainly on display here with the American nuclear family shown as a fragile illusion in a world teeming with treachery, corruption, and outright greed. 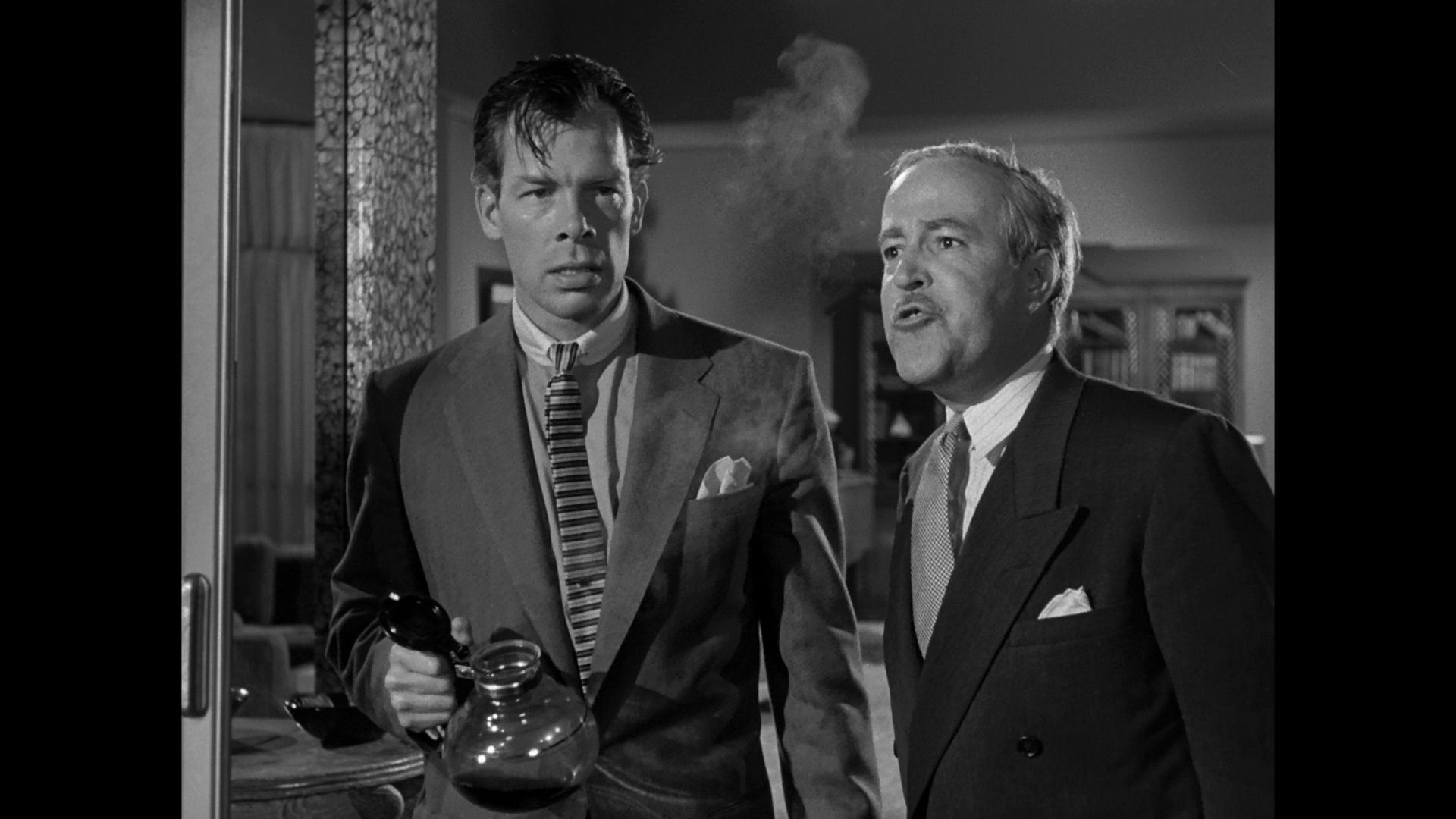 This gritty outlook is largely accountable for why this film has aged so well today, remaining a taut, bracing, fat-free hour and a half that doesn't seem removed at all from the headlines of any major city today. Its tangy dialogue and great performances are a joy to savor from start to finish, with a young Marvin already in fine tough guy mode and utterly convincing during his queasy scenes with Grahame.

Following a standalone DVD release from Sony and inclusion in one of its film noir packs, The Big Heat made its Blu-ray debut in 2012 from Twilight Time with an impressive refurbished HD transfer provided directly by Sony along with extras including an isolated music track, the theatrical trailer, and great liner notes by Julie Kirgo. The film has always been framed at 1.33:1 on home video, which looks perfect despite the fact that the vast majority of films around that time were being matted off to 1.85:1 or thereabouts in theaters. The label revisited the title in 2016 for an expanded Blu-ray with the same top-notch transfer, fine DTS-HD MA English mono track, and extras, plus a very solid new commentary with Kirgo, Nick Redman, and Lem Dobbs diving deep into the nature of '50s noir and Lang's fascinatingly odd career choices throughout that decade, not to mention the relevant specs about the major cast members. Added from the Sony noir DVD set release are video appreciations from Martin Scorsese (5 mins.) and Michael Mann (11 mins.). 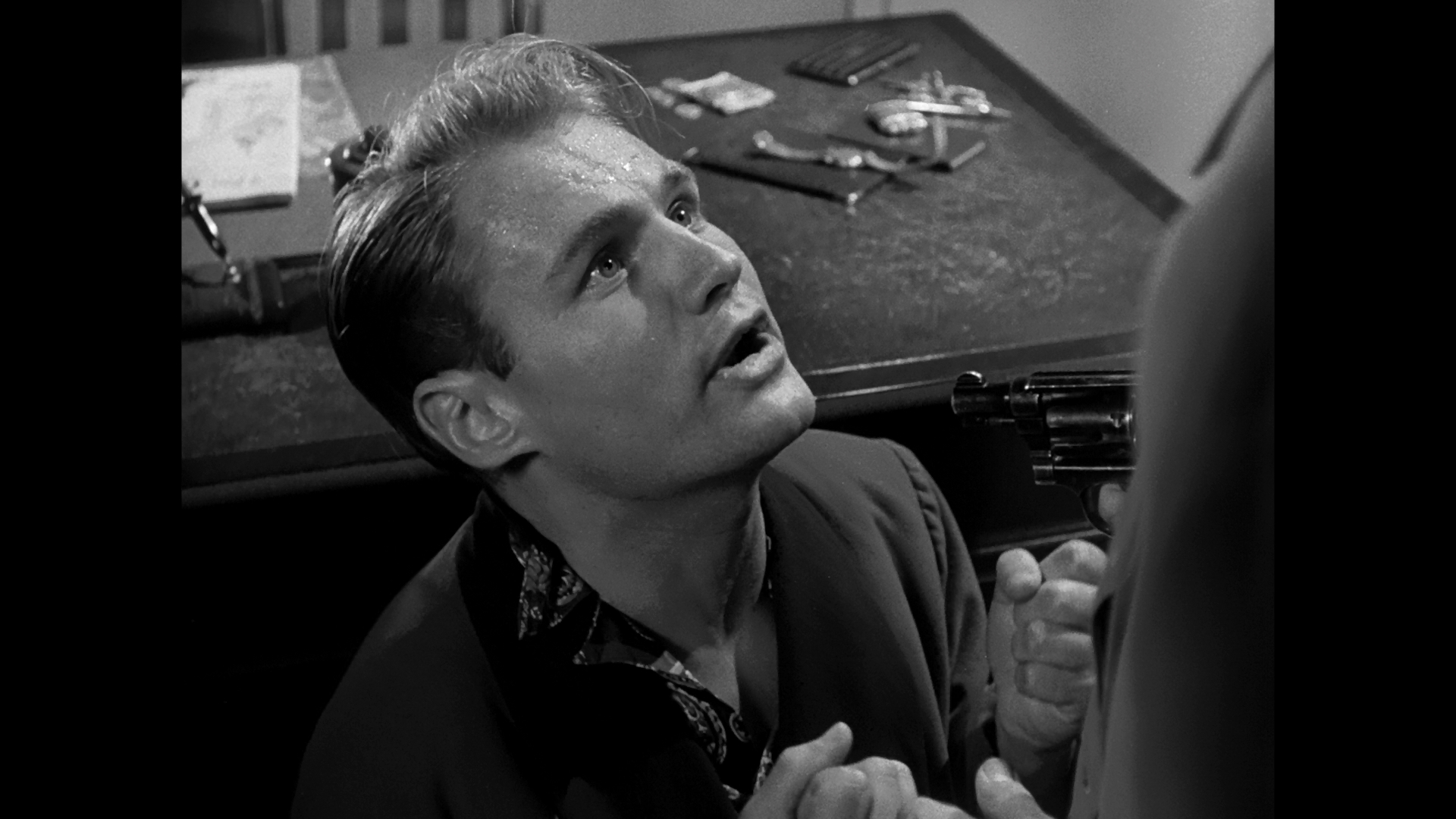 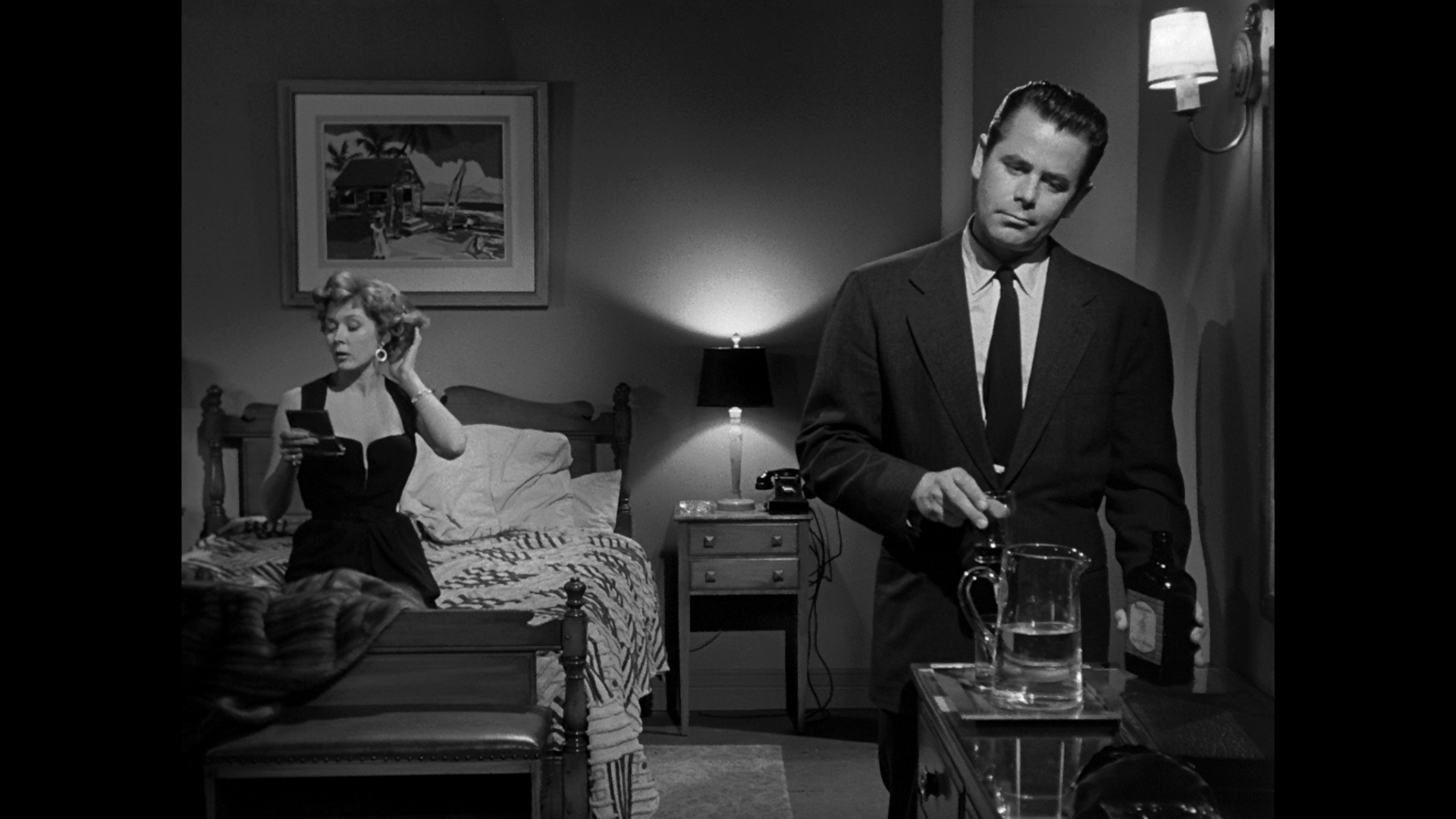 2017, UK label Indicator gave the film its most impressive release to date as a region-free, dual-format Blu-ray and DVD set that's derived from the same excellent HD source but with its most generous encoding yet with a richness of texture and depth that's among the most for a monochrome title in 1080p. The LPCM English mono audio (with optional English SDH subtitles) is perfect as well and on par with the prior Blu-ray releases. All of the prior extras have been carried over here - commentary, featurettes, trailer, isolated score - while the articulate Tony Rayns appears for a new 33-minute video examination of Lang's origins as a filmmaker (and ladies' man and not terribly nice guy), the film's key placement in his cycle of Americana cinema and the mutated noir cycle of the time. In the usual Indicator fashion, the liner notes booklet is quite the work of art by itself with beautifully illustrated liner notes by Glenn Kenny (including an interesting opening analysis of Lang's use of the Academy aspect ratio), excerpts from Peter Bogdanovich's discussion with Lang from his 1967 published collection of filmmaker interviews, an extensive sampling of critics' reviews from the film's initial release, and brief comments and correspondence about the film's dicey situation with the Production Code before it was incredibly passed without cuts.