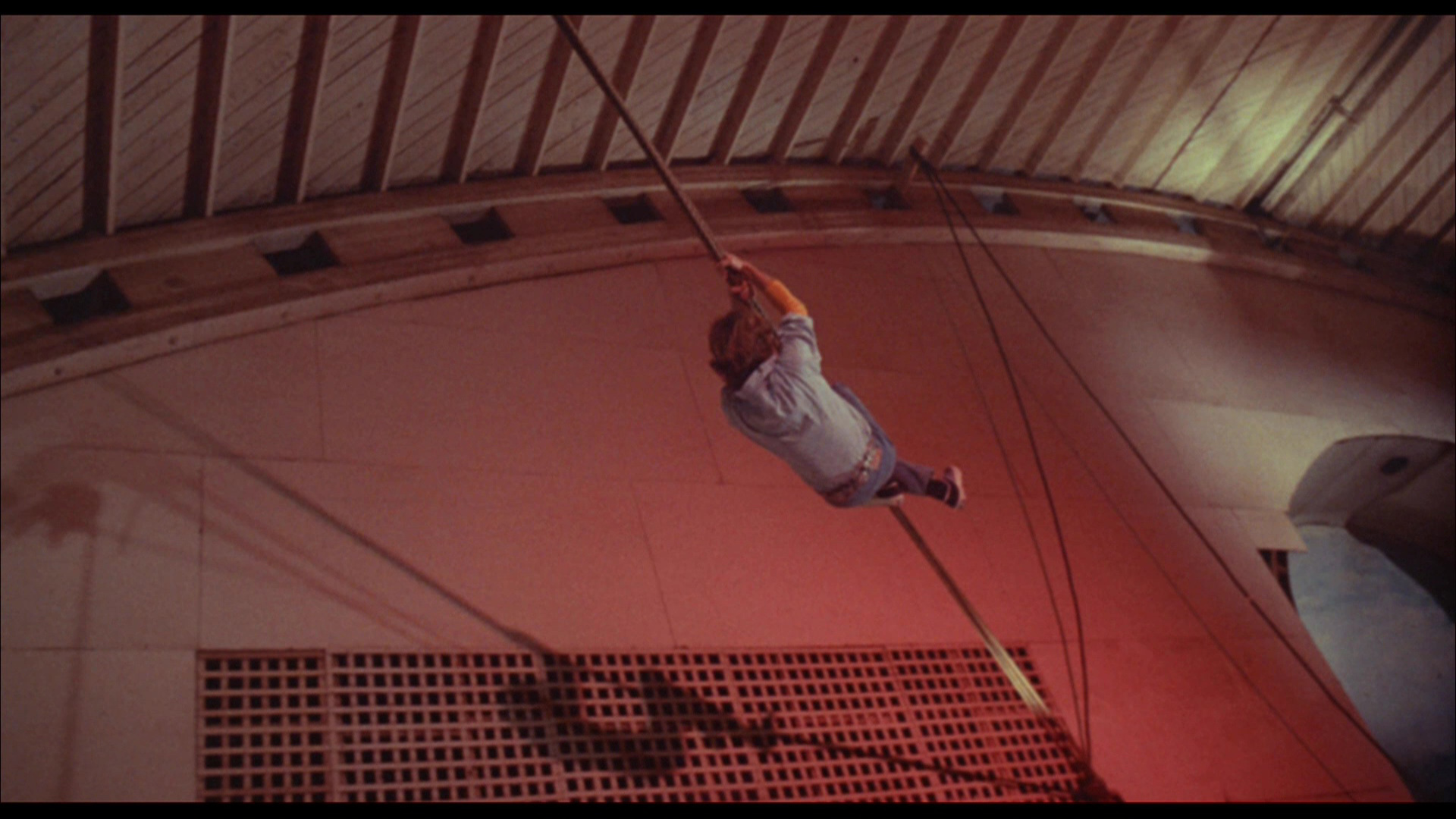 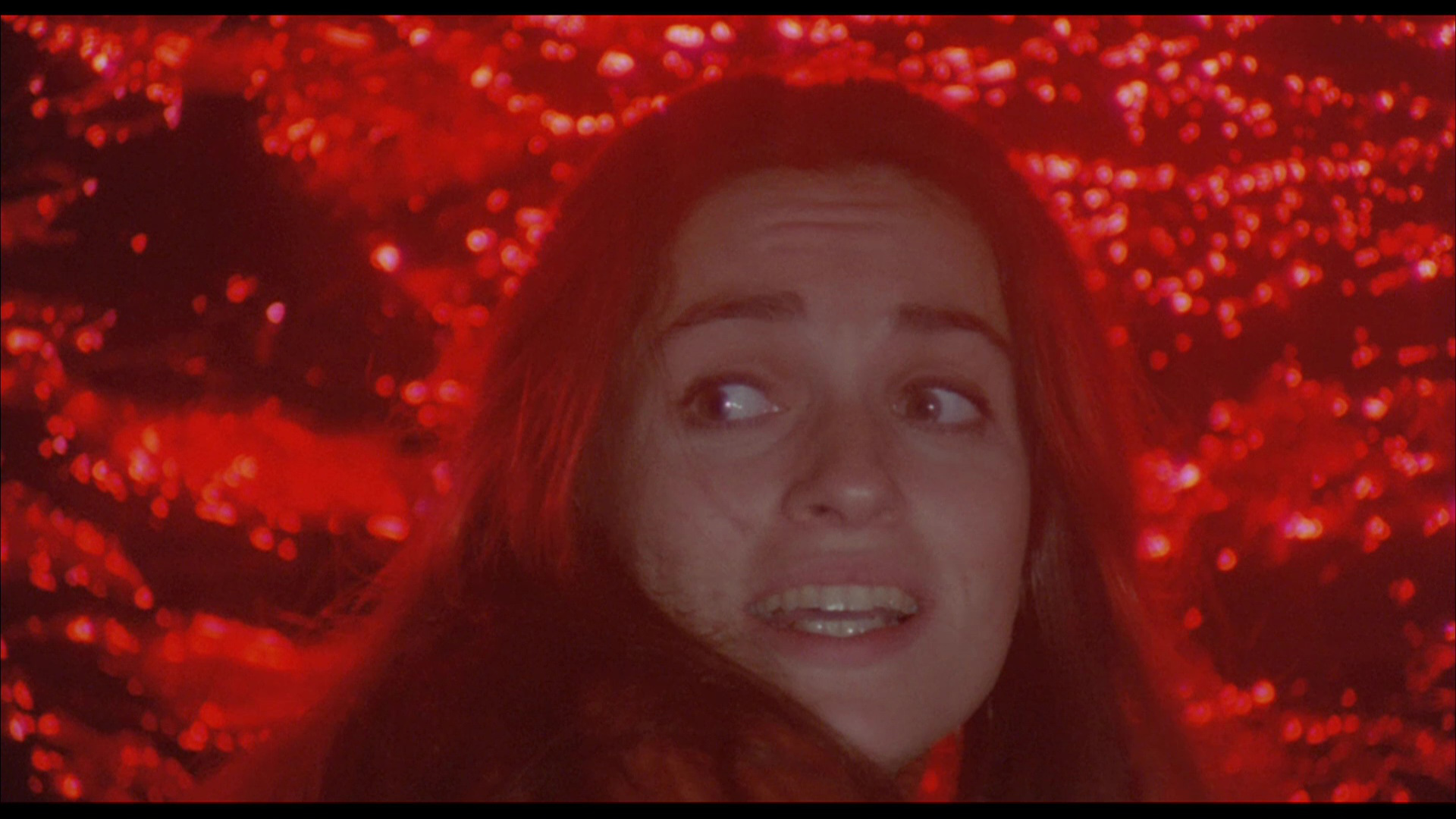 If 1958's The Blob perfectly captured the frustration, anxiety, and innocence of being a teenager in Eisenhower's Atomic Age America, this belated 1972 California sequel is a druggy, exhausted update after the turbulent late '60s. A valuable snapshot of the Golden State in a major period of transition, it's the sort of film that will probably baffle most newcomers without any context but amuse anyone who wants to see a goofy '70s drive-in movie with a largely improvised script. (Not so coincidentally, improv pioneer Del Close is part of the cast along with several other skilled improvisers developed under Ted Flicker and would go on to pop up in the excellent 1988 remake of the original film.) On top of that it's most famous as the only feature film directed by the late Larry Hagman, best known for his TV roles on Dallas and I Dream of Jeannie. And check out that cast! If you ever wanted to see an episode of Love, American Style invaded by a big gelatinous blob, this is about as close as you'll get. Needless to say, there's nothing else out there quite like it.

After a wacky opening credits sequence featuring a cute kitten wandering in a field to goofy synthesizer music, we get a string of odd, comical interludes starting with Godfrey Cambridge and wife Marlene Clark (Ganja and Hess) as 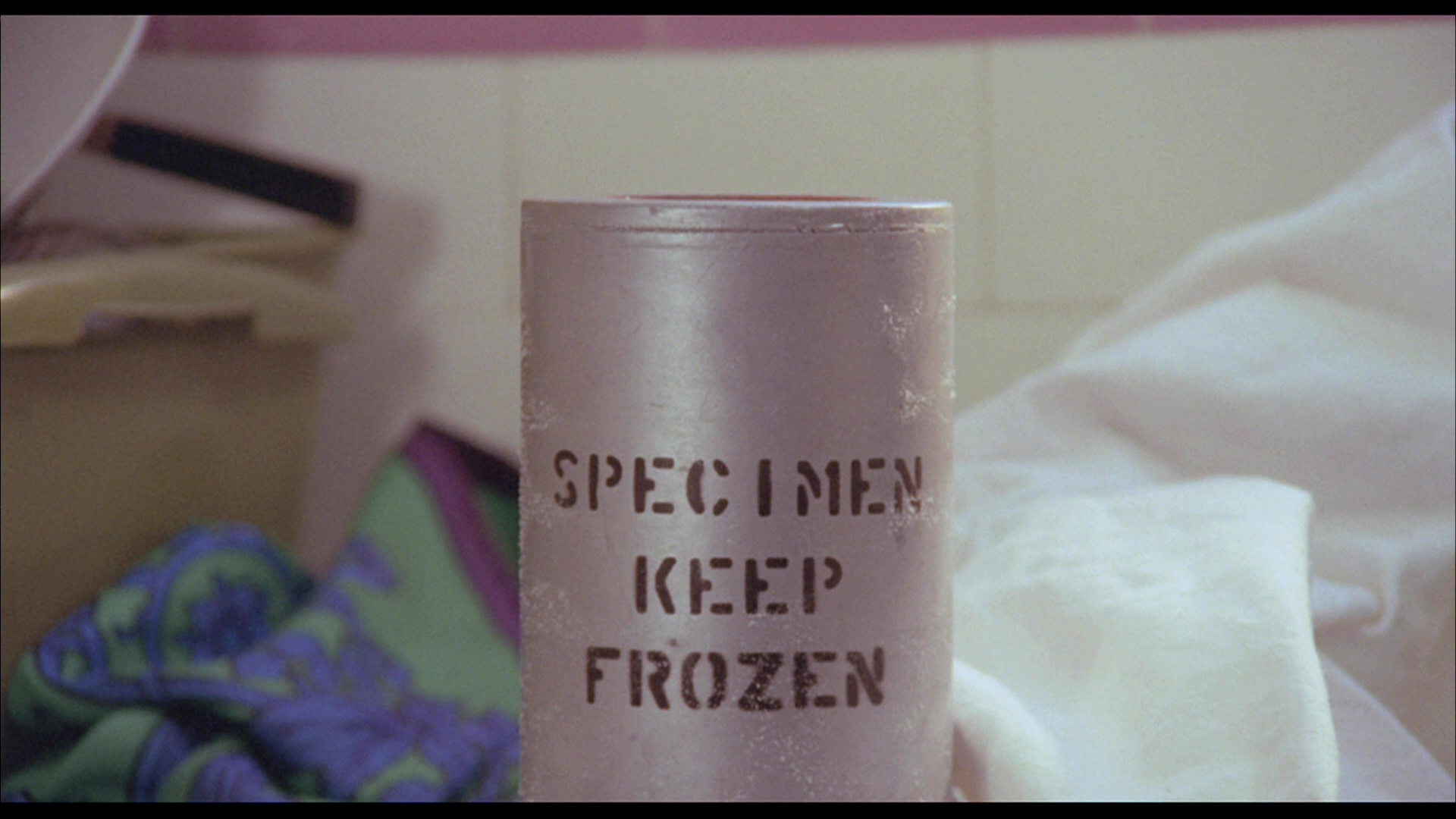 a couple in possession 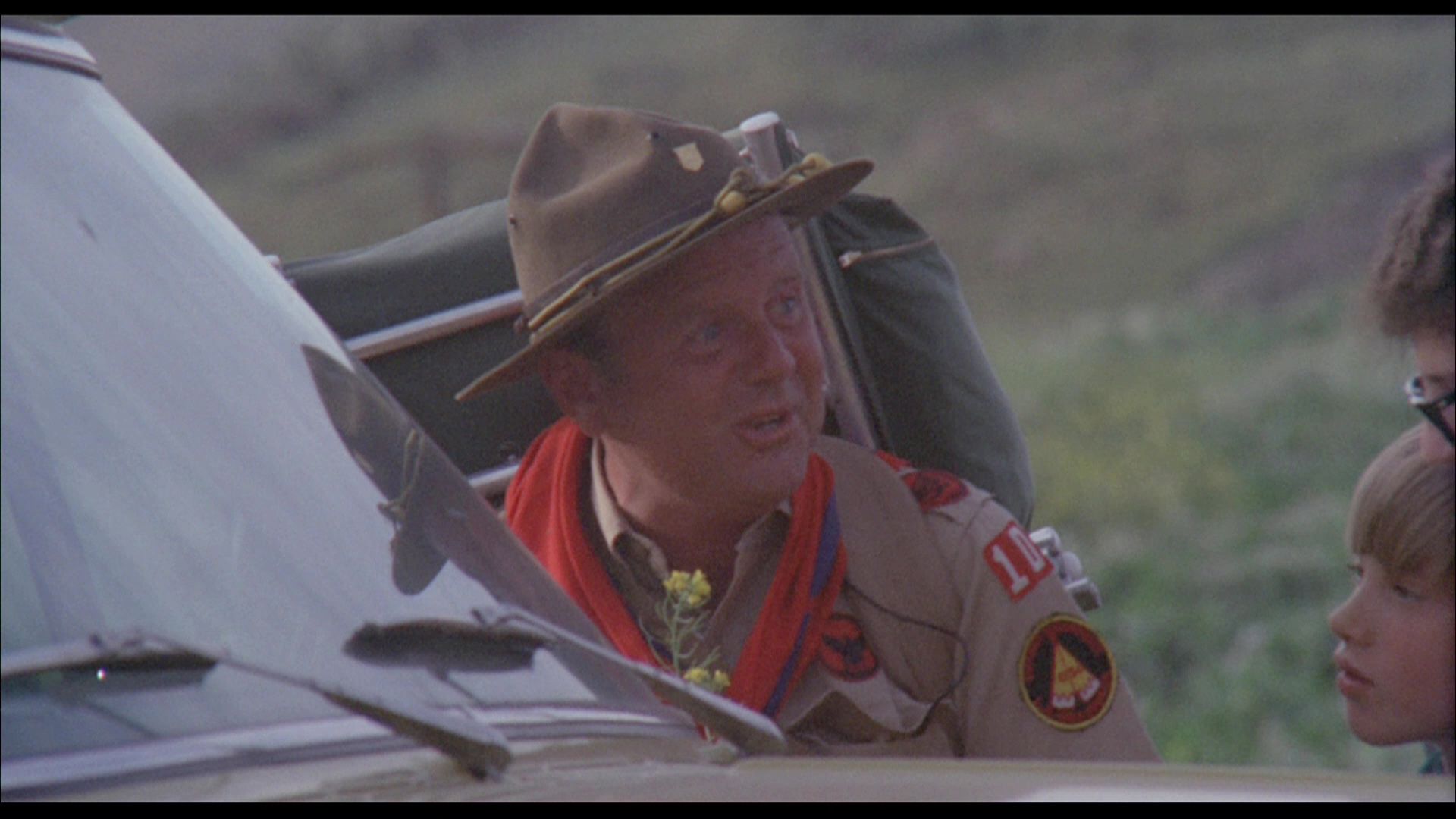 of a frozen sample of a certain creeping, leaping substance he's brought back from the North Pole. A freezer snafu sets the menace loose to devour anything in its path, including the hapless marrieds, their kitten, and a housefly. Witness Lisa (Gifford) goes to her boyfriend, Bobby (Walker), when no one believes her account of the monstrous attack, and they're soon racing against time to find a solution as the blob sucks up a variety of guest stars including Dick Van Patten (as a scout master), barber Shelley Berman, and cameo players Burgess Meredith, a very young Cindy Williams, Sid Haig (almost unrecognizale), and even Hagman himself before a big showdown at a bowling alley.

Though hardly good in any kind of traditional sense, Beware! The Blob definitely fascinates with its bizarre configuration of SoCal talents who don't seem like they shoudl be sharing screen space together and its lackadasical, sunny atmosphere, with that gurgling electronic music never quite making it clear how you should be responding to any given scene. It's also fun seeting the fresh-faced Gifford (who went on to Fade to Black) and Walker (credited without the Jr. here, soon after headlining the marvelous and sadly underseen Road to Salina) as our intrepid long-haried heroes, involved in the film's most memorable sequences including one killer bit involving a vehicle's air conditioning system. 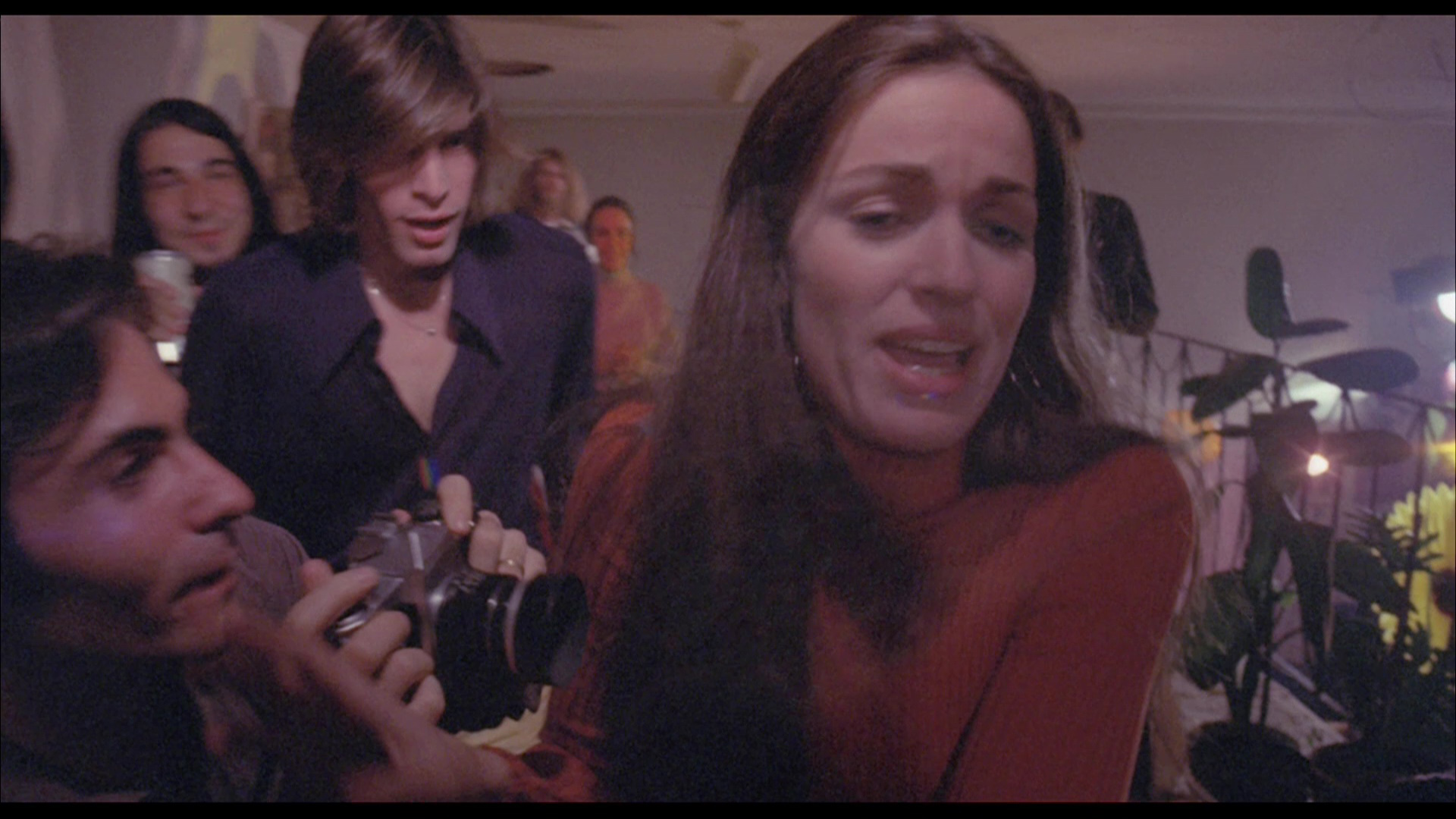 VHS by Video Gems and given an unlikely '80s theatrical reissue after the success of Dallas (touted as "The movie J.R. shot!"), Hagman's ops bowed on DVD in 2000 from Image Entertainment in an okay fullscreen transfer whose open matte compositions accentuated the film's TV-friendly vibe. However, you'll get a much stronger presentation with the Kino Lorber Blu-ray and DVD editions from 2016, sporting a new HD transfer that brings out about as much color and detail from the film stock as possible. It's certainly fresher looking than ever before, though the original grainy, hazy sheen is still there where it matters. The DTS-HD MA English mono (2.0) track sounds great for what it is.

The main extra here is a new audio commentary by the always welcome Richard Harland Smith, a font of monster movie information at all times and the perfect choice to handle this one. He covers the film's original shooting title (Son of Blob, whose acronym ties in with a certain later Hagman film for Blake Edwards), the career of producer Jack Harris, the many improv ties between the actors here, various conflicting accounts of how the film came to be, and the participation of cinematographer Dean Cundey before his John Carpenter phase, among many other fun tidbits. (He's quite the stickler for scout outfit protocol, too!) Also included are the alternate Son of Blob title sequence, the theatrical trailer ("Rated PG! All ages admitted!"), and bonus trailers for The Incredible Two-Headed Transplant, Deranged, and Whoever Slew Auntie Roo?