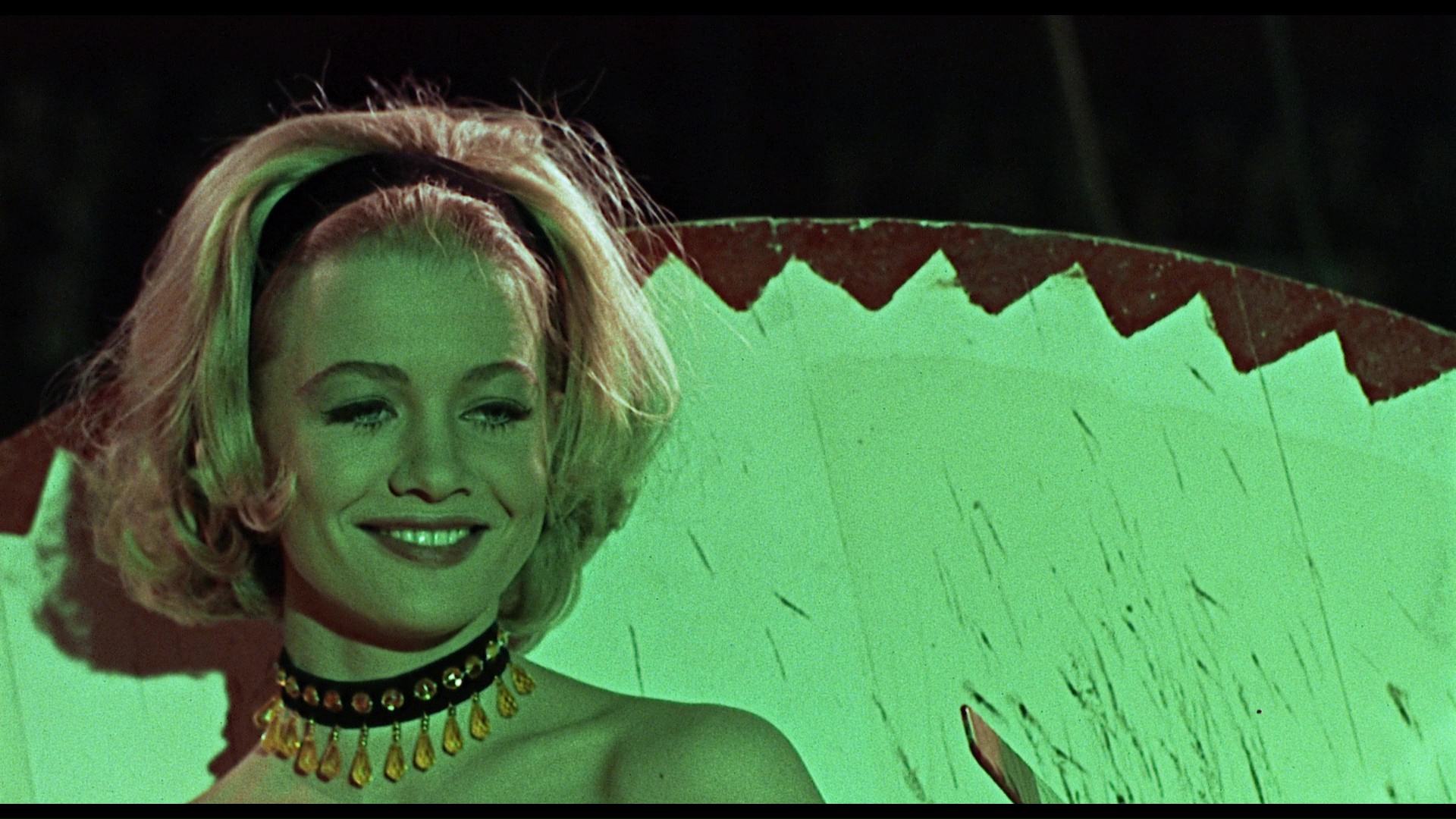 horror undergoing a major renaissance in 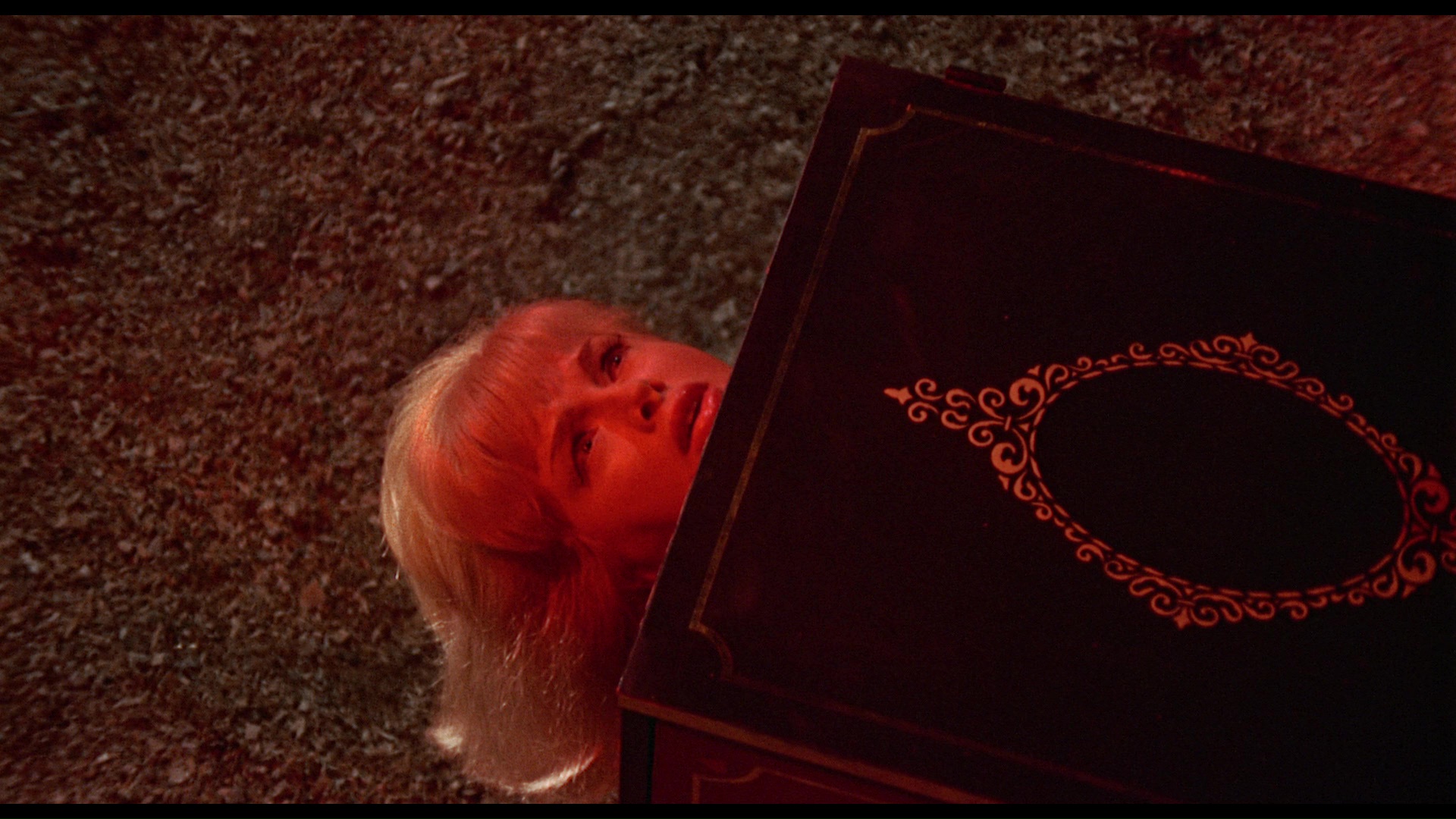 glorious Technicolor in the 1960s, it was inevitable that someone would think of combining it with that most colorful of spectacles, the circus. Cecil B. DeMille's Oscar-winning The Greatest Show on Earth (and, to a much lesser extent, the John Wayne vehicle Circus World) proved that audiences would be happy to plunk down money to watch daring feats and eye-popping animal performances, so why not throw some screaming and bloodshed into the mix? In fact, multiple people had that idea, starting with the gruesome 1960 hit Circus of Horror and followed by 1966's krimi-ish Circus of Fear. Columbia Pictures got in on the act with the biggest entry in that short craze, Berserk, headlined by a deliciously dramatic Joan Crawford and delivering a fair amount of grue for a major studio picture.

Something diabolical is going down at the colorful Great Rivers Circus whose owner, Monica (Crawford), is contending not only with defecting staff but the gruesome deaths of some of her performers -- right in front of the audience. On top of that her precocious daughter, Angela (Geeson), has come back after being kicked out of school, and a fledgling romance forms thanks to the new presence of mysterious stud Frank Hawkins (Hardin), a trapeze artist with no agent or apparent past. When she isn't busy 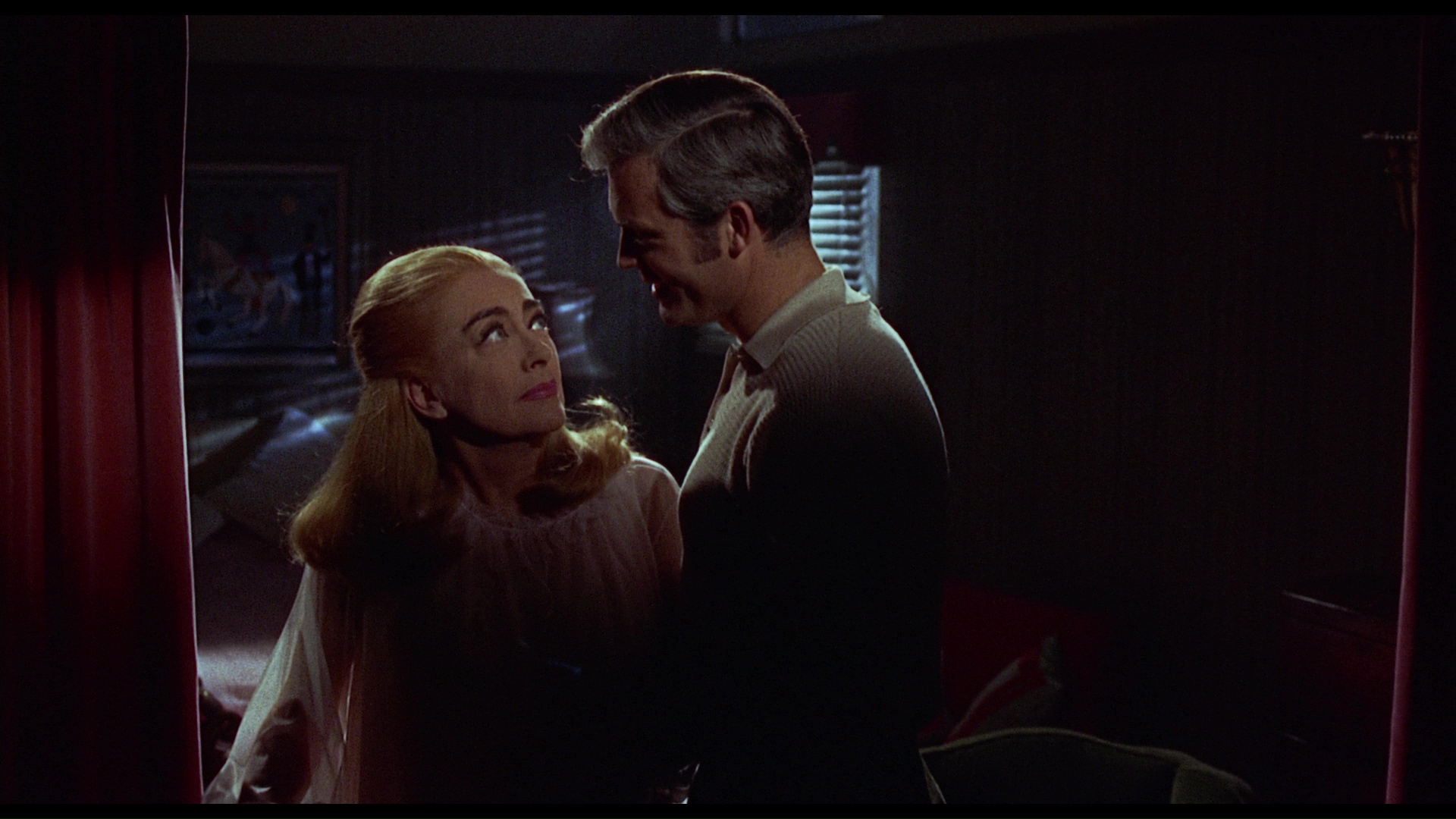 standing in perfect glamour lighting in every shot, Monica tries to figure out who has an axe to grind against 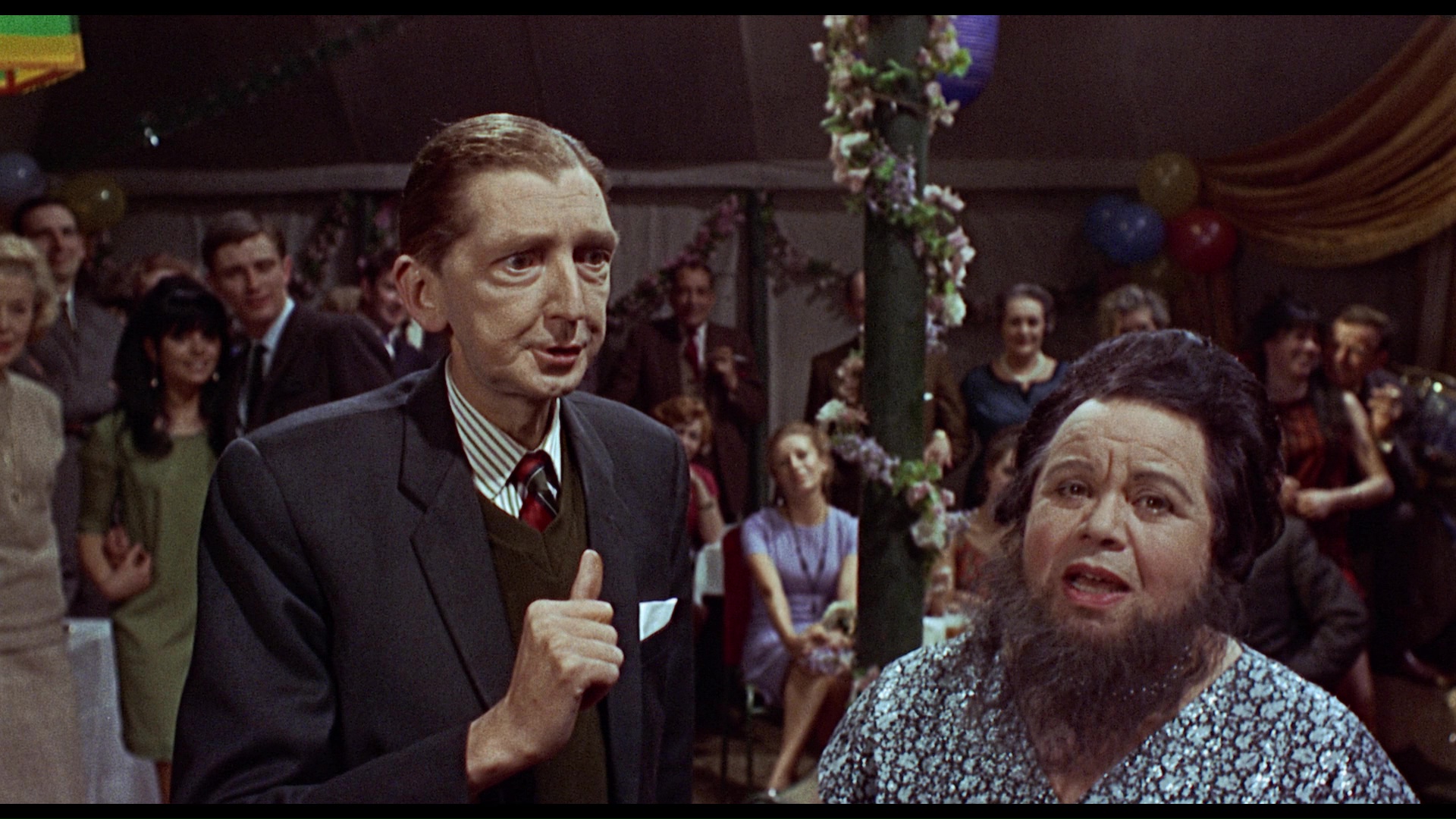 her circus and who the ultimate target might be.

It isn't too surprising that one of the men behind this film was producer Herman Cohen, who launched actor Michael Gough (seen here as shifty as always) to horror semi-icon status with lurid favorites like Horrors of the Black Museum, Konga, and Black Zoo, not to mention Crawford's cinematic swan song with Trog. His exploitation touch rears its head early on when we see a black-gloved killer pound a spike through Gough's forehead. Though loaded with animal act footage that doesn't play quite so innocently today as it did then, the film is a valuable snapshot of how circuses operated at the time with a wide variety of performances including a fun knife-throwing bit involving Geeson (and hopefully her double). Morbid, ludicrous, and tons of fun.

Thanks to Crawford's marquee value, Berserk has been a mainstay on home video including many VHS incarnations and a DVD from Sony. Strangely, it took a really long time to hit Blu-ray despite a solid HD master appearing for years on the Sony Movie Channel. Eventually it turned up almost simultaneously in the U.S. and U.K. with the former getting it as a budget double feature with William Castle's Strait-Jacket. Fortunately you can skip that one if you're a fan and go for the Indicator release, a full-fledged special edition that gives this one its due and then some. The HD master still looks great with a nice high bit rate bringing out plenty of detail in the colorful photography, which has that '60s Columbia film stock look where areas of wider shots can look unfocused or diffused at times. The LPCM English mono audio (with optional English SDH subtitles) is also top notch. 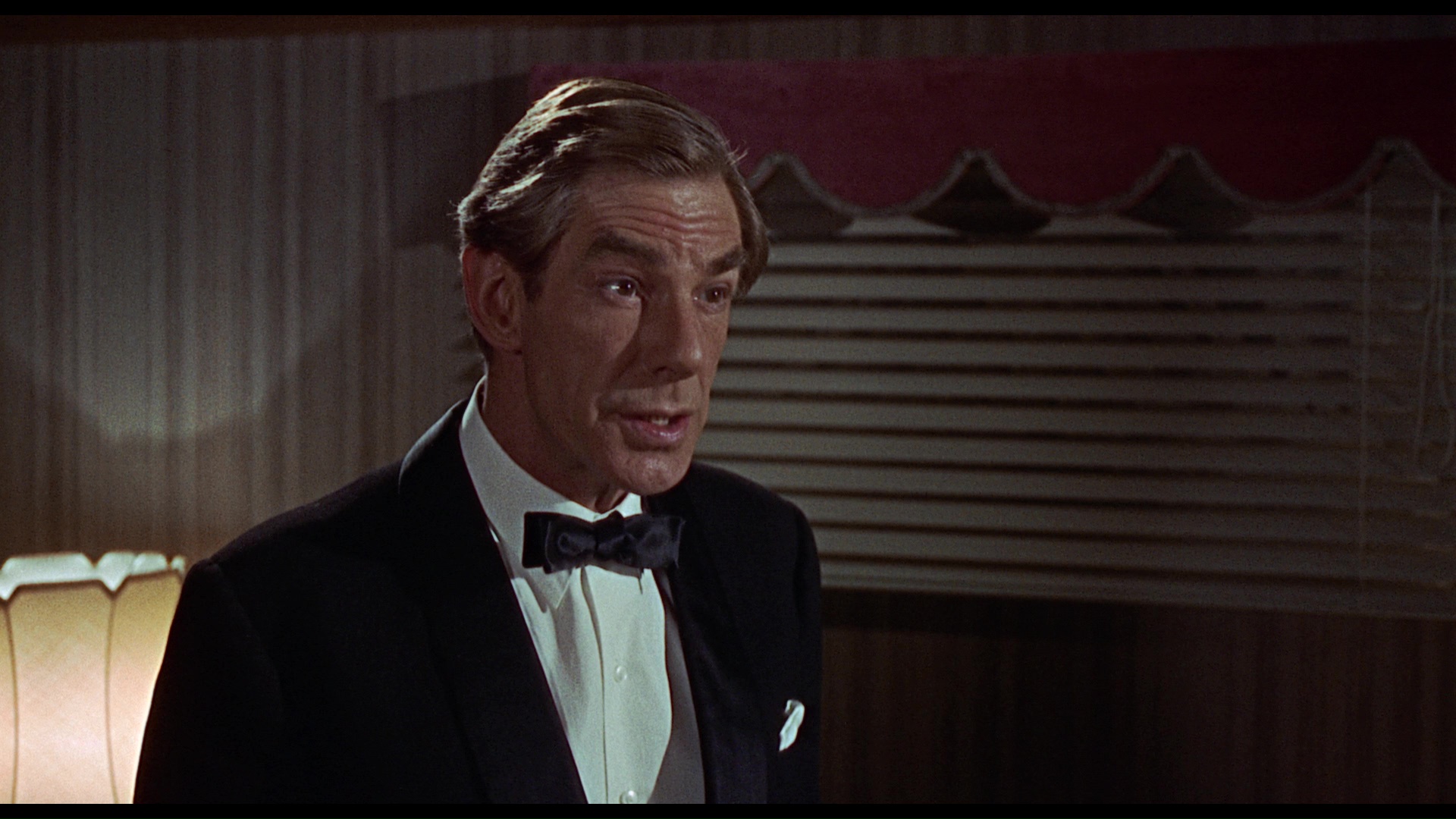 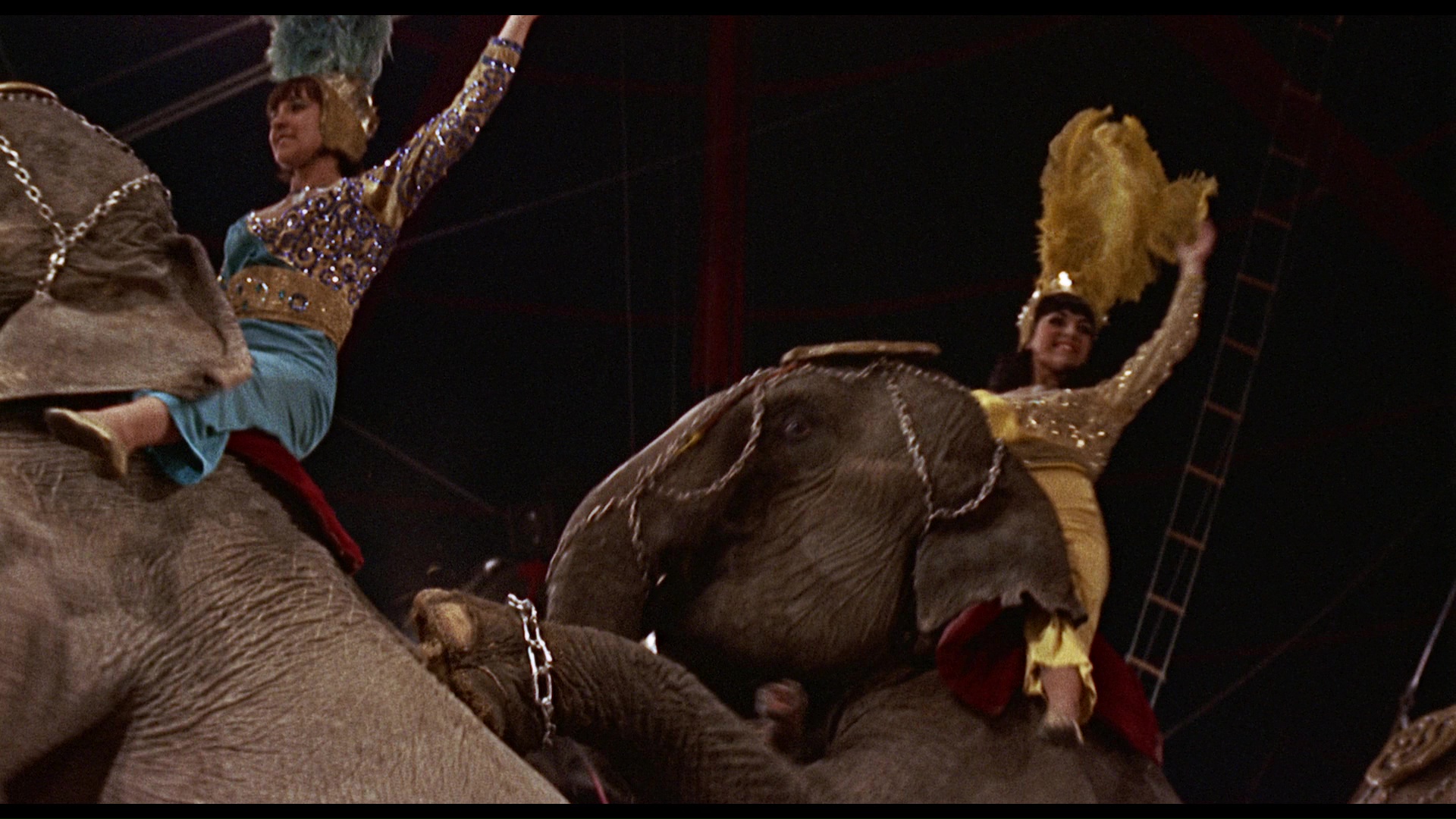 physique shots), the pop culture history of the word "slut," the enduring allure of Crawford, the cinematic history of animal training, the giallo-esque elements, and more. "The NFT Interview with Joan Crawford" (13m42s) from 1956 at London's National Film Theatre obviously predates this film but features the star in a gregarious mood chatting with the audience about films like Torch Song and Johnny Guitar. "The Shopgirl's Delight" (14m40s) with Pamela Hutchinson takes a more in-depth look at Crawford's ascendancy to stardom, starting as a dancer and working her way up the studio ladder beginning at the height of the silent era (including the not-unrelated circus shocker The Unknown with Lon Chaney) through classics like Mildred Pierce and Humoresque. Next up is author Jonathan Rigby with "Circus of Blood" (31m49s), which sketches out the history of the film from Cohen's horror origins through the casting of Crawford (who vetoed original titles Circus of Terror and Circus of Blood) and the recruiting of director Jim O'Connolly, who was originally to helm Cohen's A Study in Terror. "Didier Chatelain on Herman Cohen" (13m30s) picks up the same thread as the producer's head of advertising recalls the showman's path to Hollywood where he first struck gold with I Was a Teenage Werewolf and enjoyed a good relationship with studios like AIP as he figured out how to make a name on his own. "In the Ring" with focus puller Jim Alloway (14m12s) is another great little find from Indicator's laudable 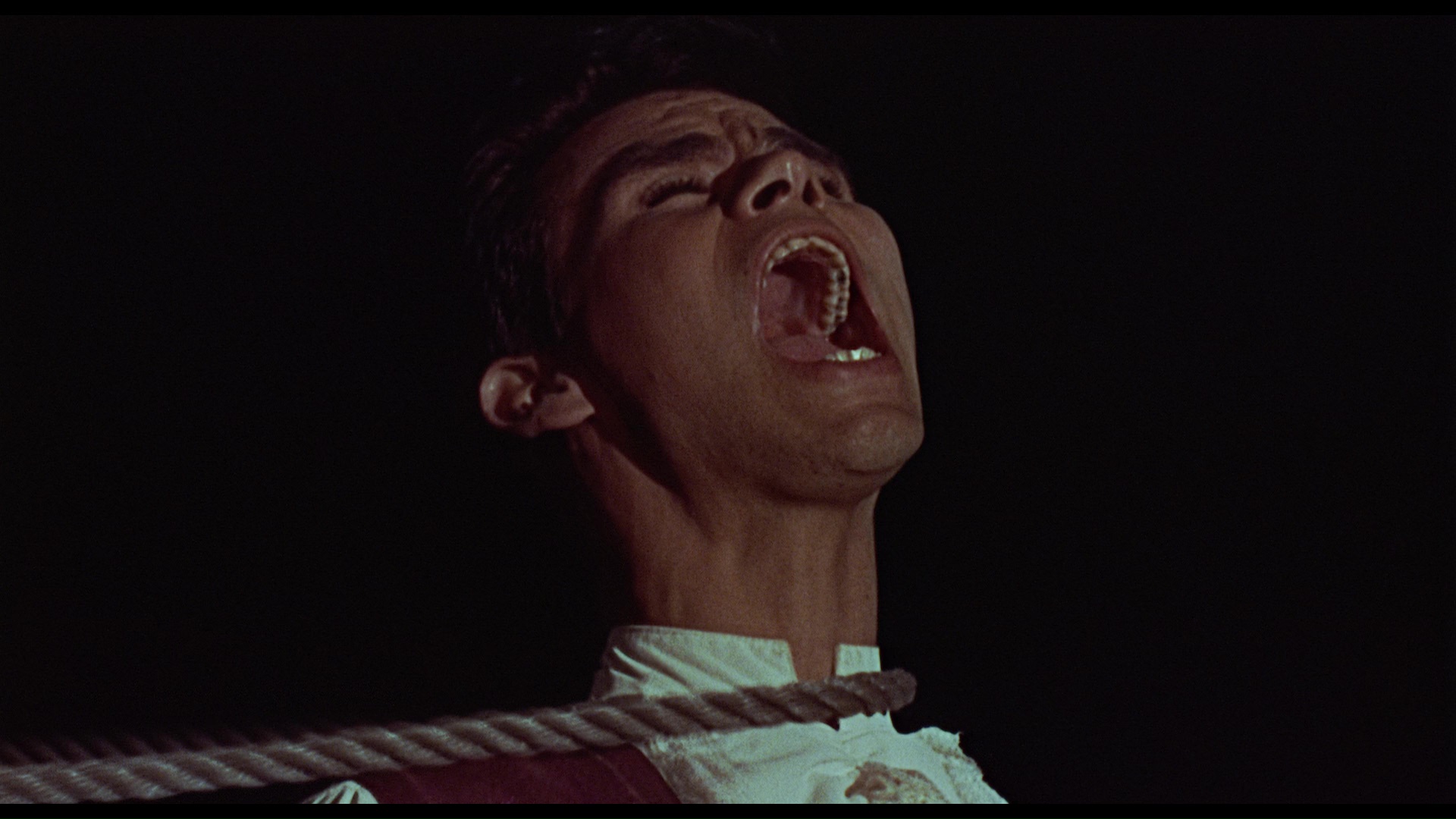 interviews with below the line talent on British productions, in this case spotlighting memories of Crawford on the set and yielding stories 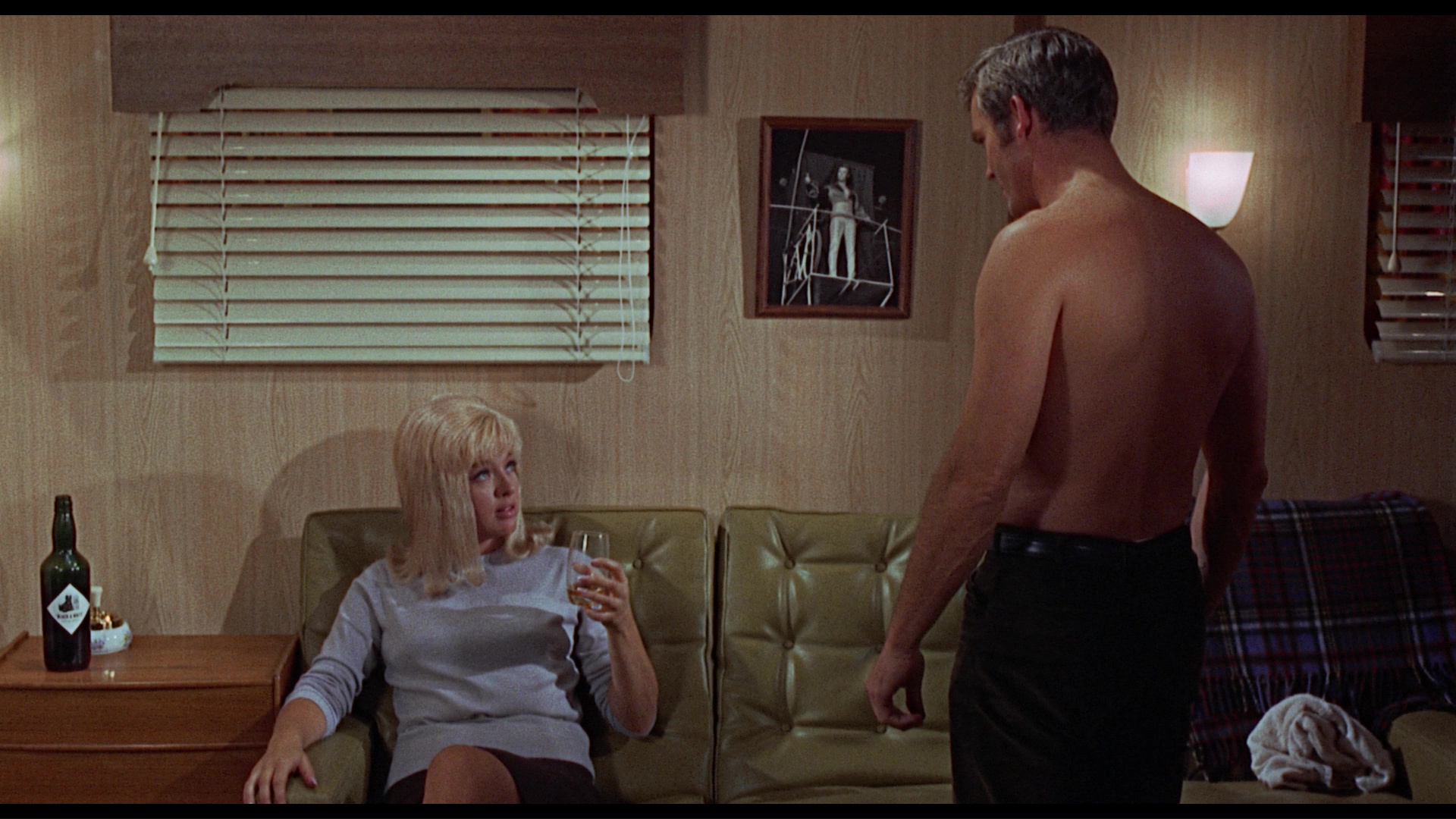 about crowd wrangling and dealing with plenty of circus animals during the cold winter shoot when they weren't doing interiors at Shepperton. That final shot sounds like a real bear, too. A British VHS intro by Tom Baker, "Beyond Belief!" (4m58s), dates back to 1997 with the famous Doctor Who actor sharing trivia about the production while hanging out at a ticket booth. A batch of Baker outtakes (21m9s) is also included in raw form, and it's quite fun to see him cutting up between takes and hamming it up for the camera. A wonderfully grisly theatrical trailer is also included along with an image gallery of stills, press books, and other promotional material (including its pairing up with Torture Garden), while the limited edition's insert booklet includes a fine new Josephine Botting essay about the film's creation and Cohen's role in particular, an archival Cohen interview by Tom Weaver about his pair of Crawford productions (including some fascinating and positive comments about the actress), a "Joan Crawford's Media Circus" account of Crawford's contentious White House dinner appearance just after this film's release, a sample piece of coverage about co-star and onetime British sex symbol Diana Dors focusing rather unflatteringly on her appearance, and a sample of mostly negative critical reviews from the time