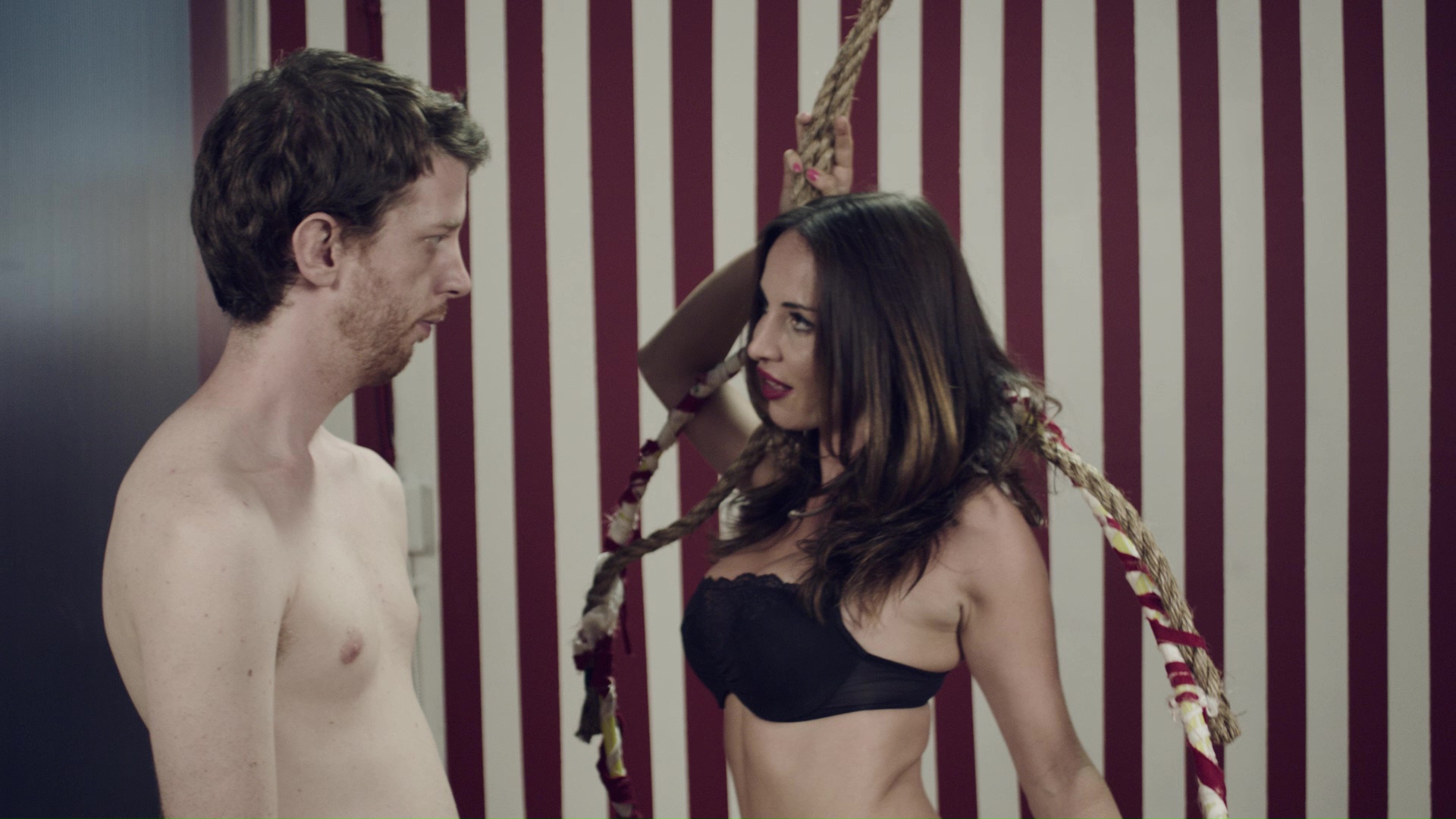 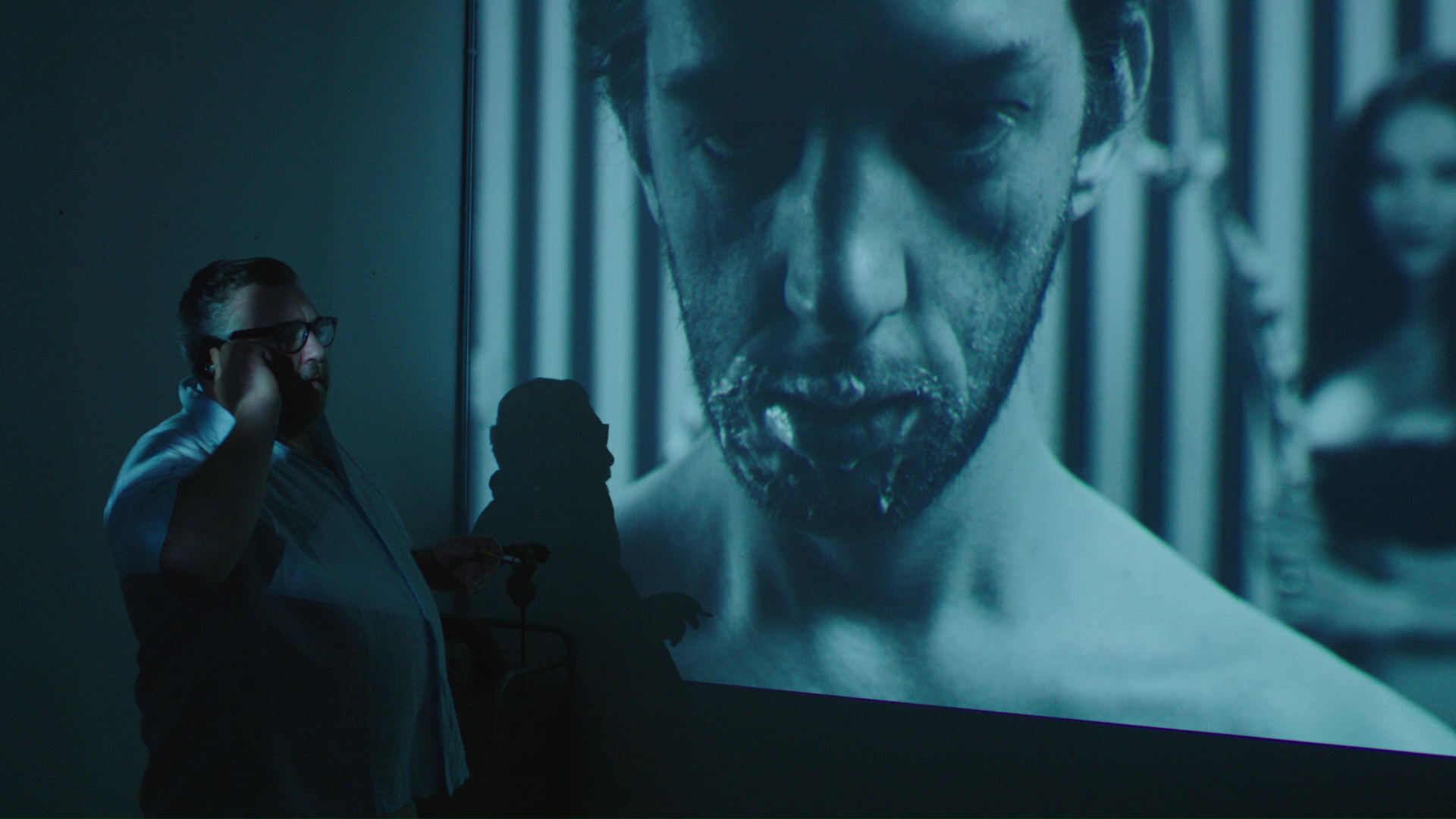 This grubby throwback to the grimy New York exploitation films that ran from the roughie days of the late '60s through the glory days of Maniac and Driller Killer takes an admirable stab at finding the lingering sleaze and depravity lurking within a city whose colorful identity has almost been erased. Sporting one of the strangest leading men you'll see in any American film, it's a unique and sometimes very surprising film that tosses elements of sexploitation, cracked comedy, and psychological horror into a blender to produce something colorfully messy but highly memorable.

Barely articulate Albert (Wachter) works the night shift at a Manhattan hot dog stand, where the customers are usually drunk or very strange. He lives alone in a single room and brings home a single handful of dollar bills at night, which he keeps track of when he isn't swatting flies with porno magazines. A new regular customer, Ivan (Bouloukos), offers him a new job creating "art, real art," tossing him a business card and two hundred dollars as an incentive. The gig turns out to be posing in increasingly kinky nudie shoots involving strawberries, whipped cream, animal masks, and plastic bags stuck over girls' heads. Albert wants to learn about art and thinks he'll become Ivan's assistant, but he's mostly taken advantage of before the verbally abusive Ivan decides to 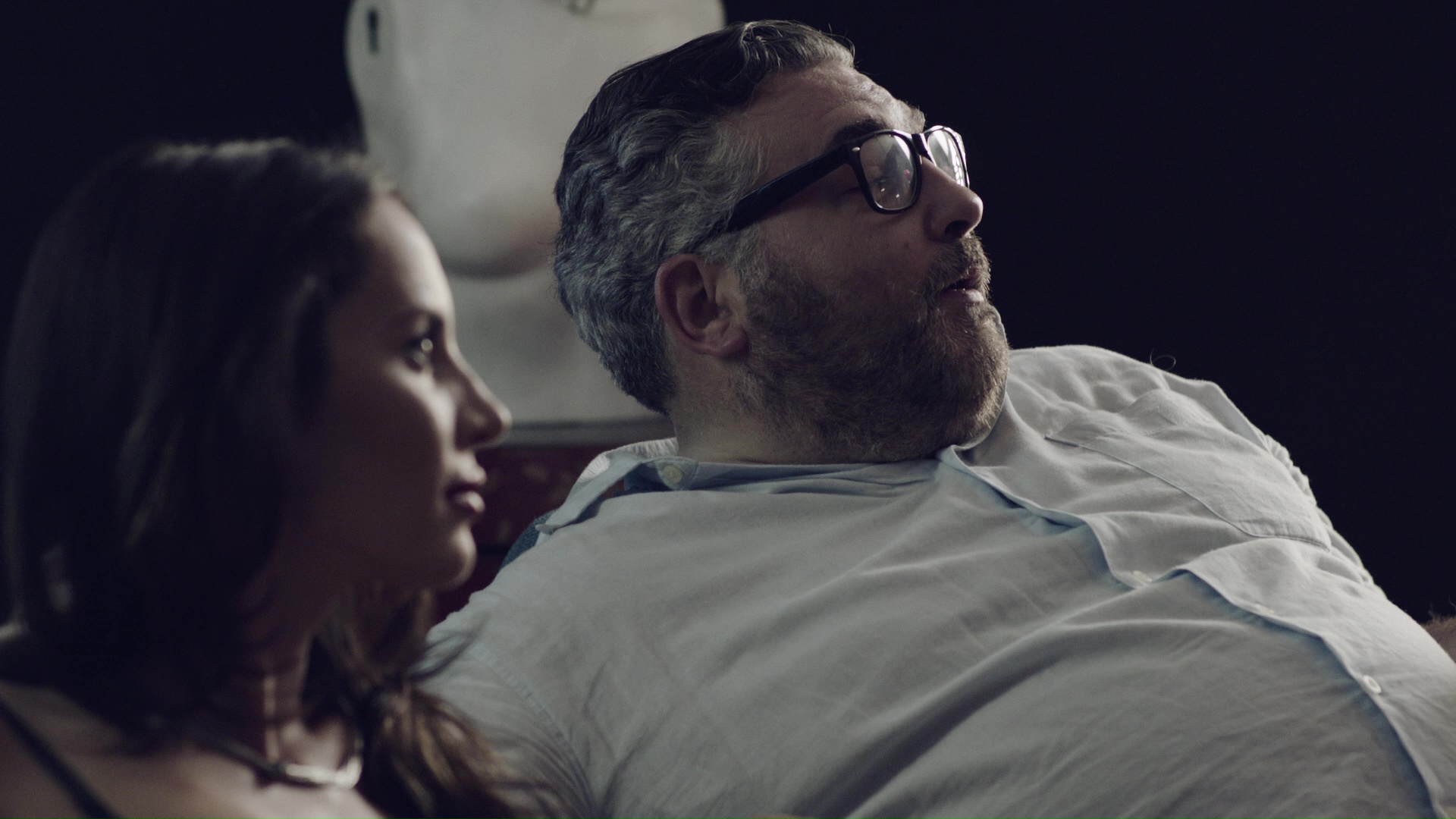 ditch him for a last-minute gig in Milan. Left to 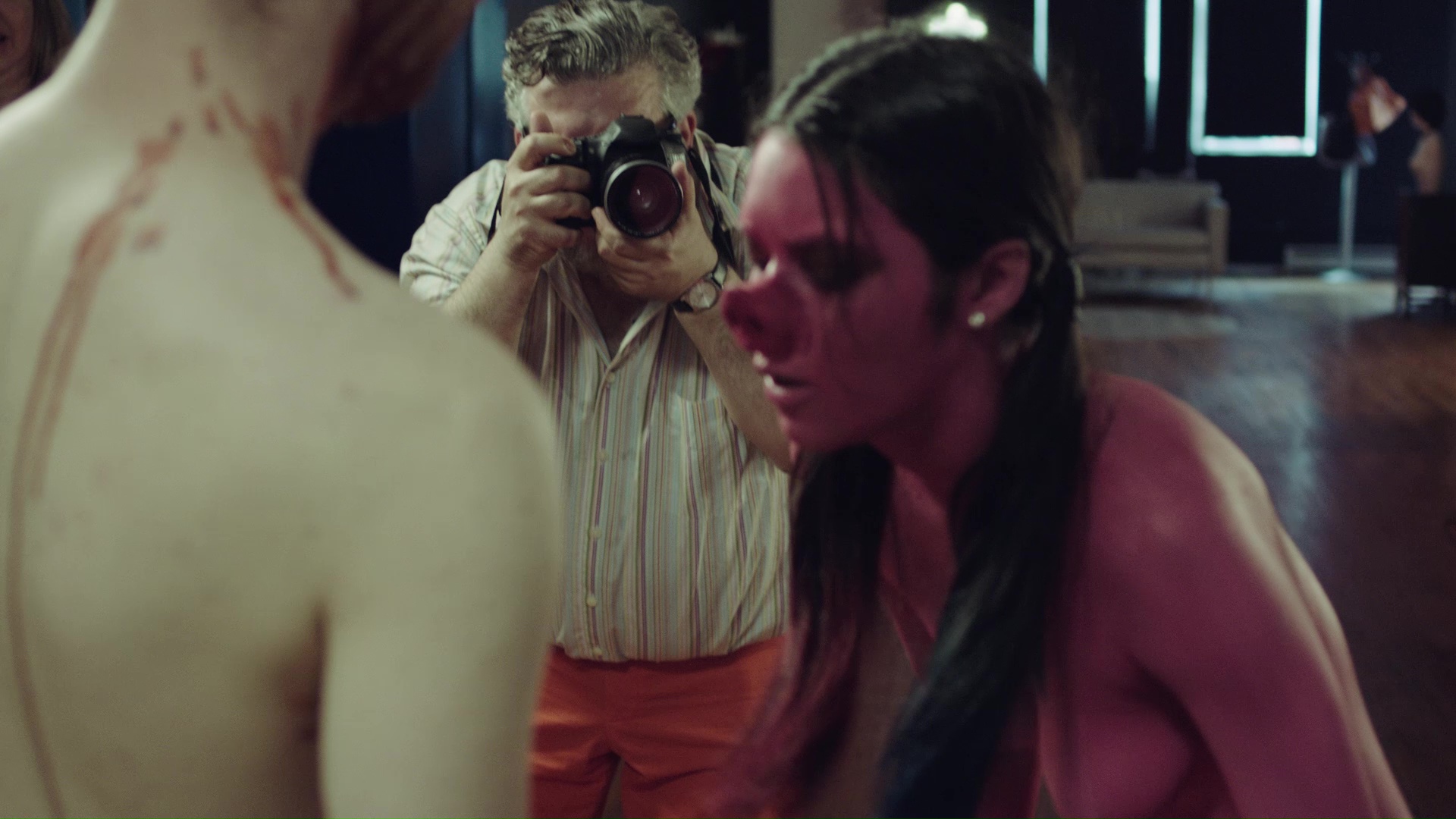 his own devices, Albert decides to use the studio keys to do some photo shoots of his own with trashy homeless women, which is where things get very dark and the title starts to make sense.

Obviously the real standout here is Wachter, essaying an emotionally and intellectually underdeveloped blank slate of a man who wants to be a photographer but doesn't grasp how to operate a Polaroid. He's incredibly convincing in the role and often hilarious in his halting line delivery, with Bouloukos contrasting nicely as a completely amoral parasite who bullies and exploits everyone around him in the name of art. The cleverest moment might actually be the very end, a statement about art and sacrifice that might make John Water nod approvingly, and some of the photo shoots are almost too vivid for comfort; the sequence with Wachter dressed as a blood-soaked butcher prodding a topless female model made up as a pig (and angrily protesting that she's a vegetarian) is definitely one for the history books.

Making its home video debut three years after its premiere at Fantasia, Bag Boy Lover Boy comes to separate Blu-ray and DVD editions from Severin with a vivid transfer true to the original HD digital lensing. 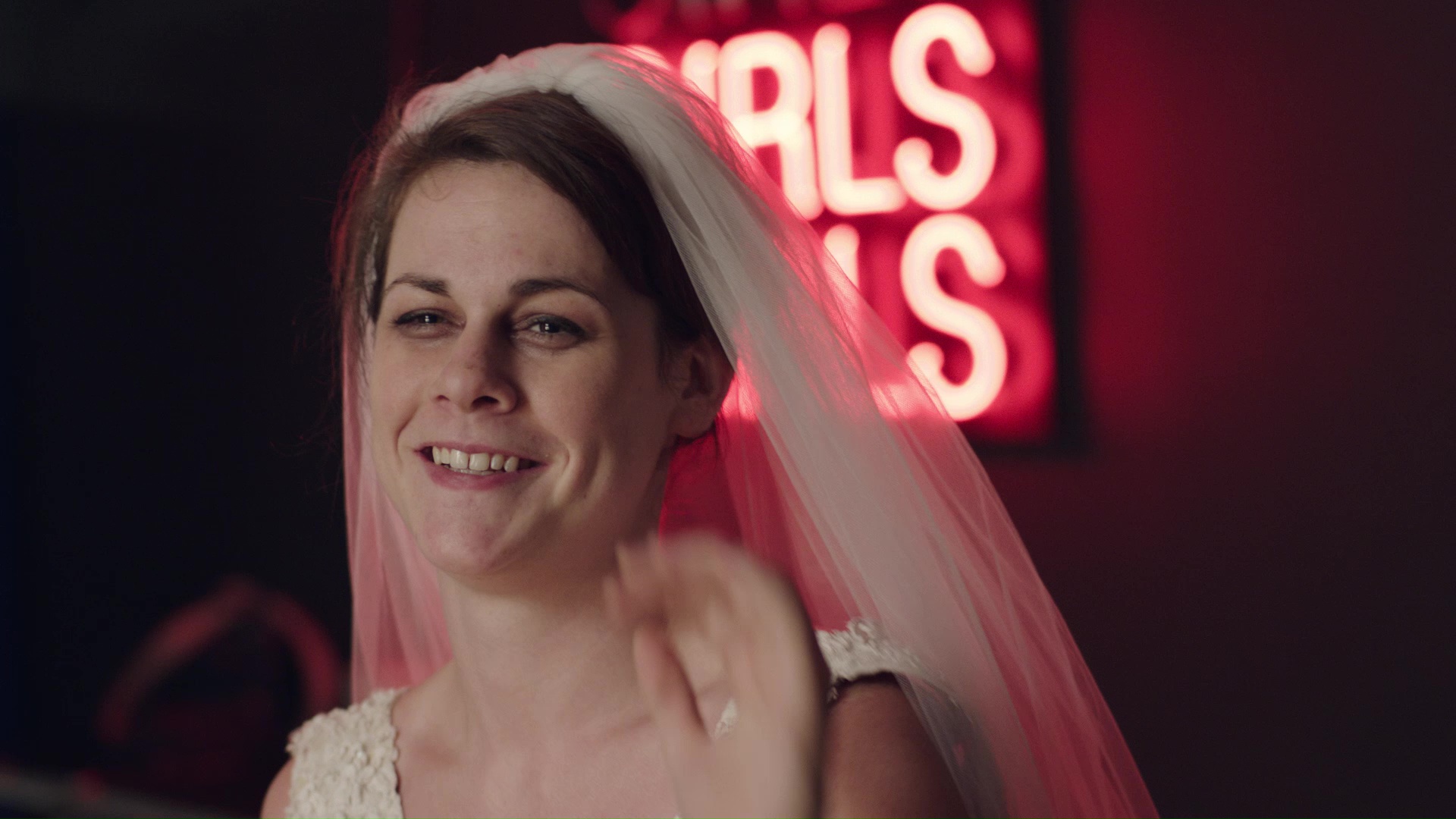 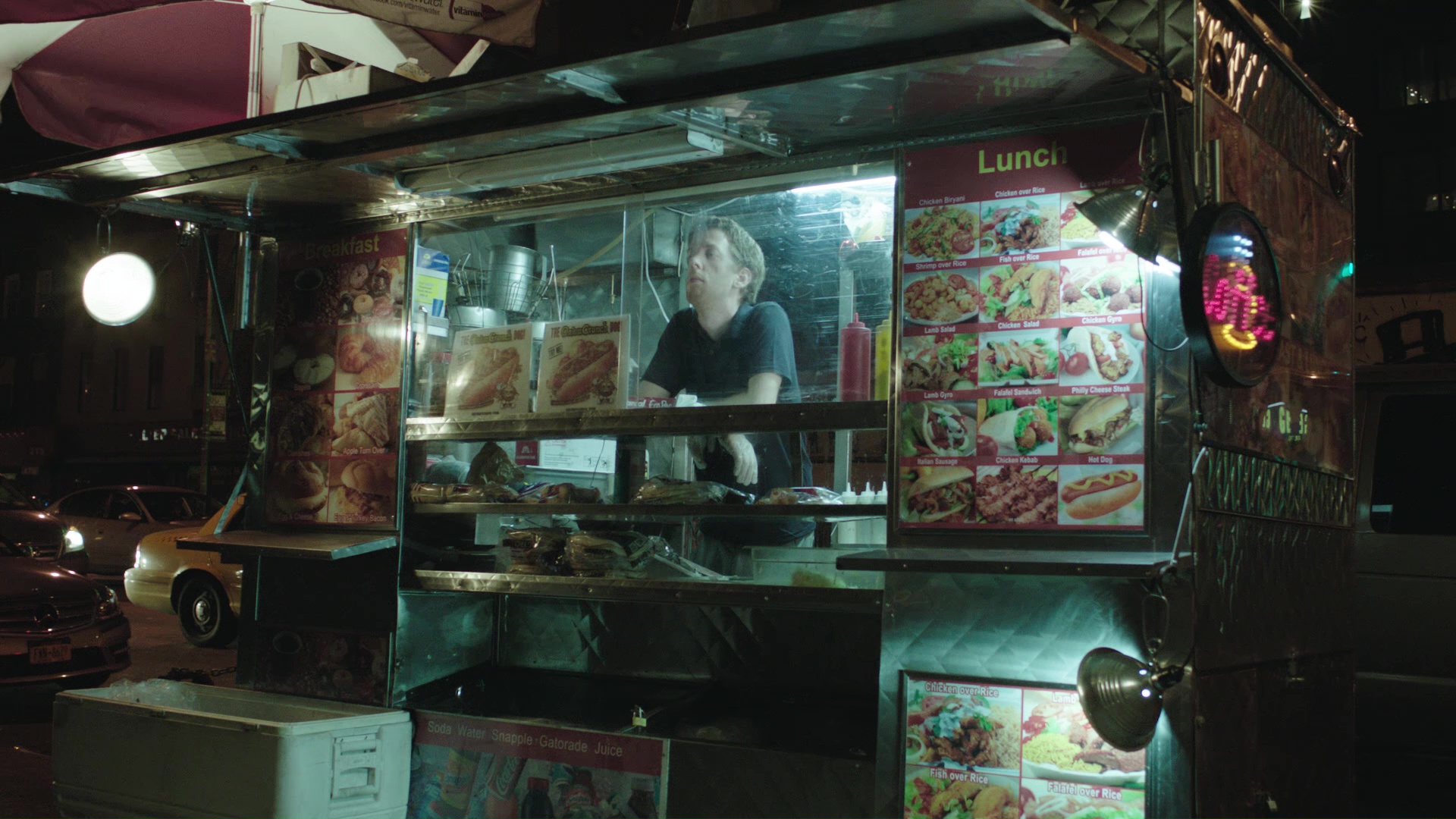 LPCM stereo audio sounds good for a fairly modest mix, highlighted by a quirky soundtrack heavily reliant on Verne Langdon's eerie calliope music (which also inspired the theme from Pedro Almodovar's What Have I Done to Deserve This?, of all things). Bouloukos essentially serves as ringleader for an audio commentary with director Andres Torres and editor Charlie Williams, which is very loose and has a lot of dead space, but there are some laughs to be had including a revelation about a gross bit of activity caught on the fly and left in the film. It's a real shame Wachter couldn't be present as it would be a truly wild experience to watch the film with him chatting along. Also included is the original trailer (2m34s) and a pair of very short, goofy silent films by Wachter, "Got Light" (1m22s) and "The Never Starting Story" (1m13s), the latter featuring him doing quick bit of commentary.