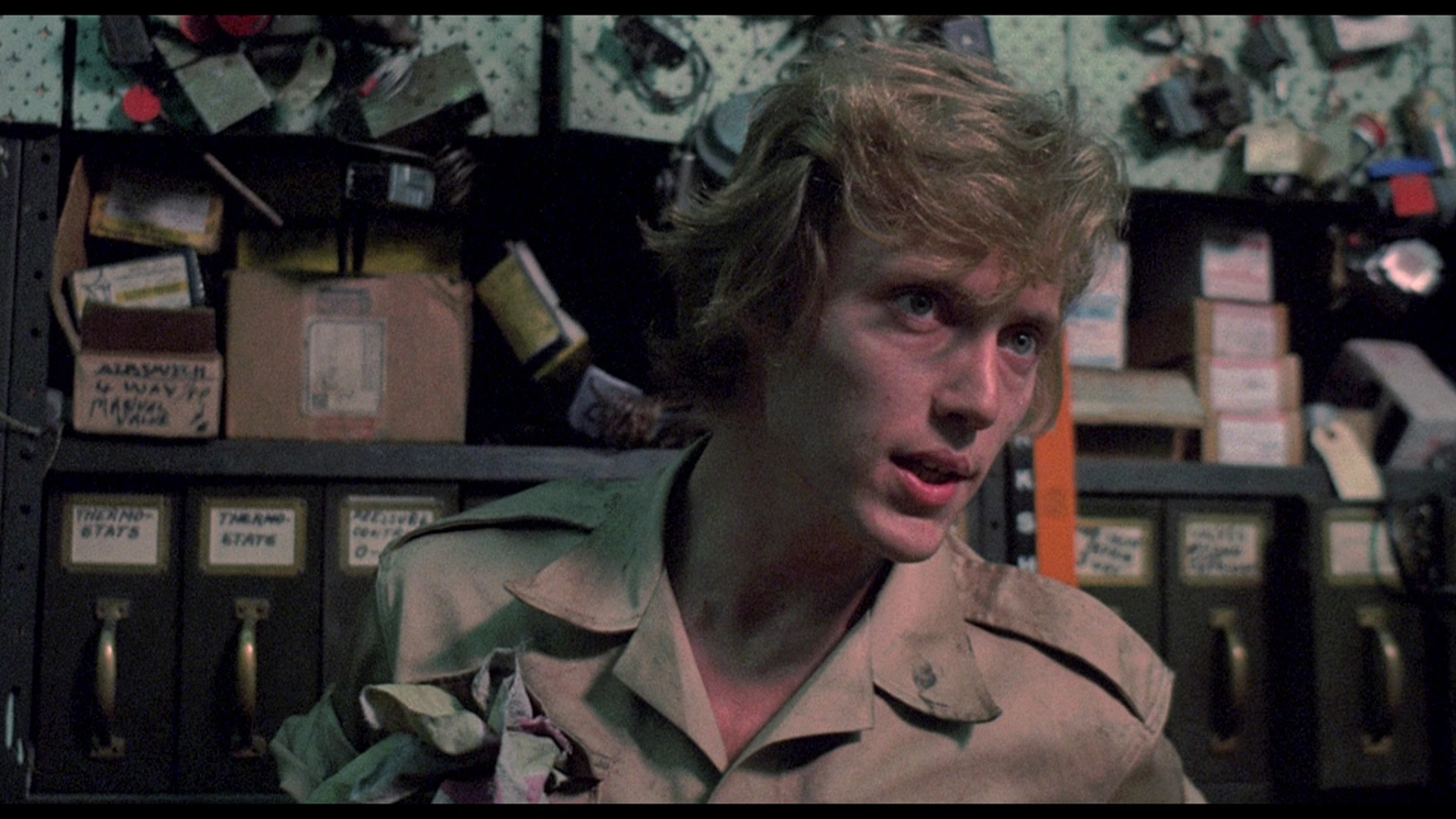 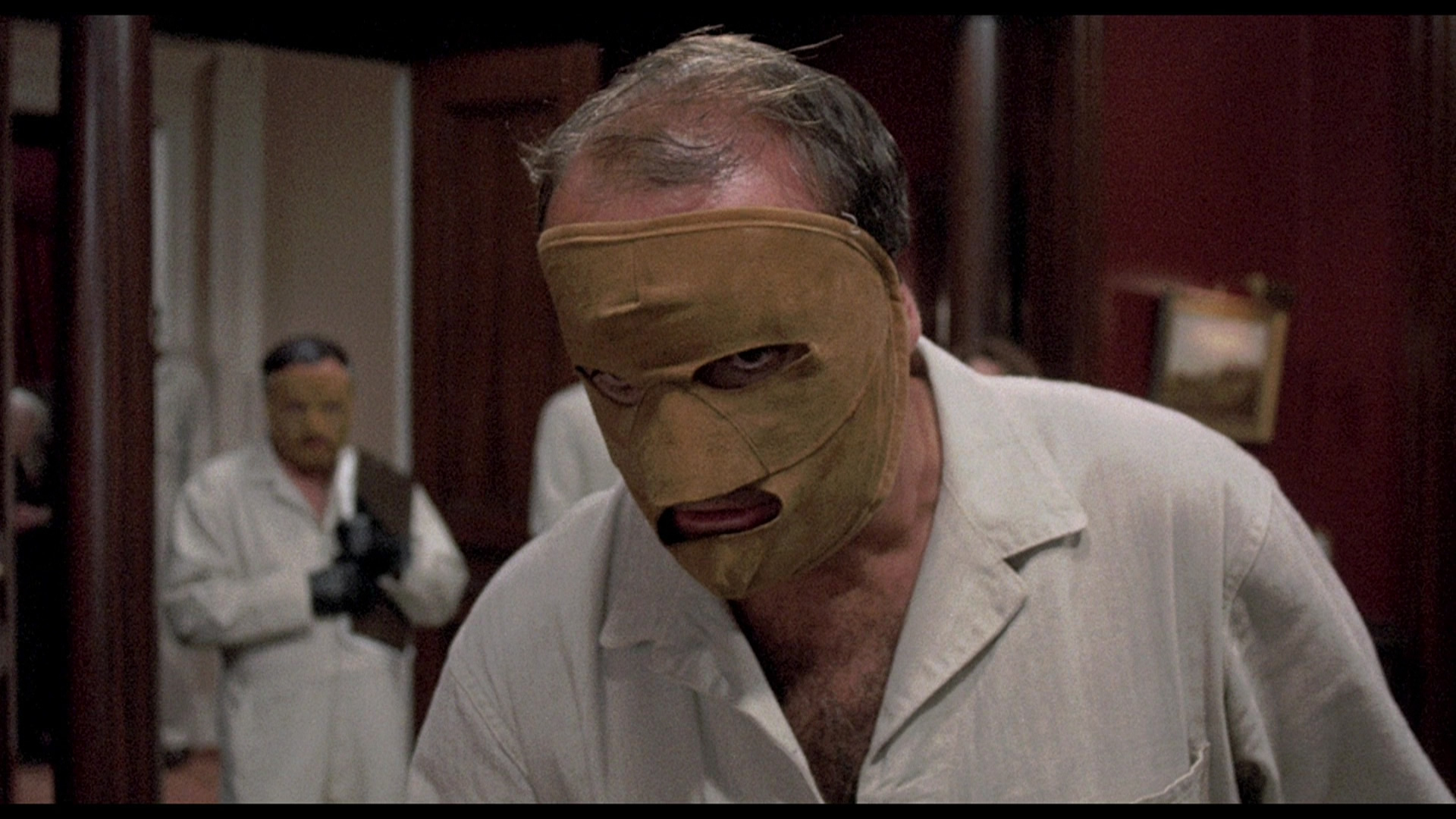 By the time his official swan song as James Bond appeared in 1971 with Diamonds Are Forever, Sean Connery was energetically striving to break out of his suave spy typecasting with a vengeance. One of the key men he turned to in his quest to build his reputation as a serious actor was director Sidney Lumet, who had guided him to a solid performance in 1965 with The Hill and would work with him again in Murder on the Orient Express, Family Business, and most notably, the unheralded masterpiece The Offence. Connery's other 1971 film turned out to be a real winner, the taut but witty heist thriller The Anderson Tapes, which took a cutting edge (at the time) look at electronic surveillance in a world about to be consumed with the topic during Watergate. Screenwriter and future director Frank Pierson (who would go on to pen Dog Day Afternoon for Lumet) tackled the job of adapting the Edgar Award-winning first novel by mystery writer Lawrence Sanders, which also introduced the recurring literary character of dogged and troubled cop Edward X. Delaney (played here by Ralph Meeker and later by Frank Sinatra in The First Deadly Sin). 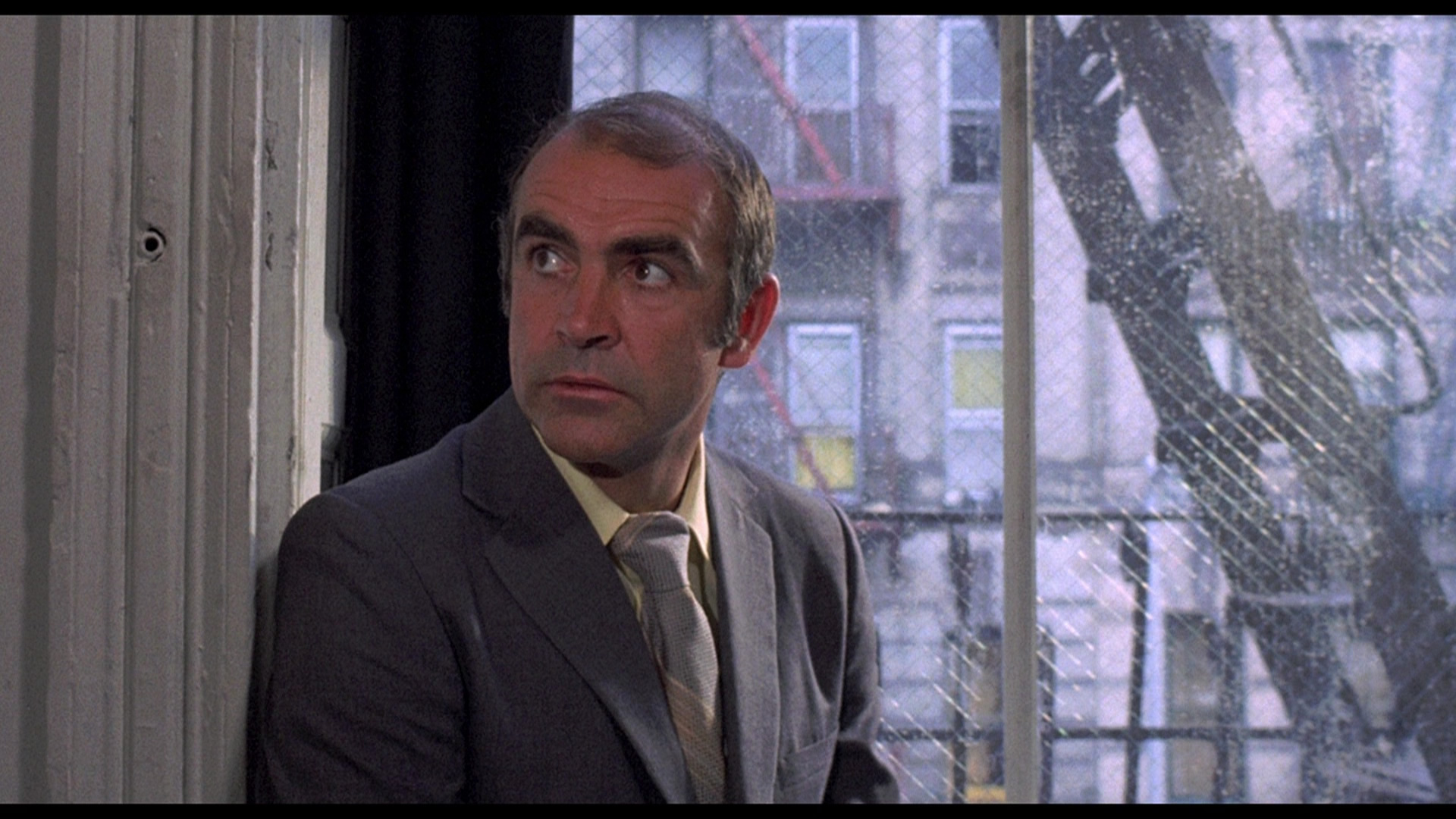 who could've stepped out of the previous year's The Boys in the Band. He soon comes up with the idea of robbing the entire building, an ambitious idea he gets funded by wealthy mobster Angelo (King) to round up a rogue's gallery of cohorts (including a very young Christopher Walken). However, many snags soon turn up including one biggie: surveillance cameras 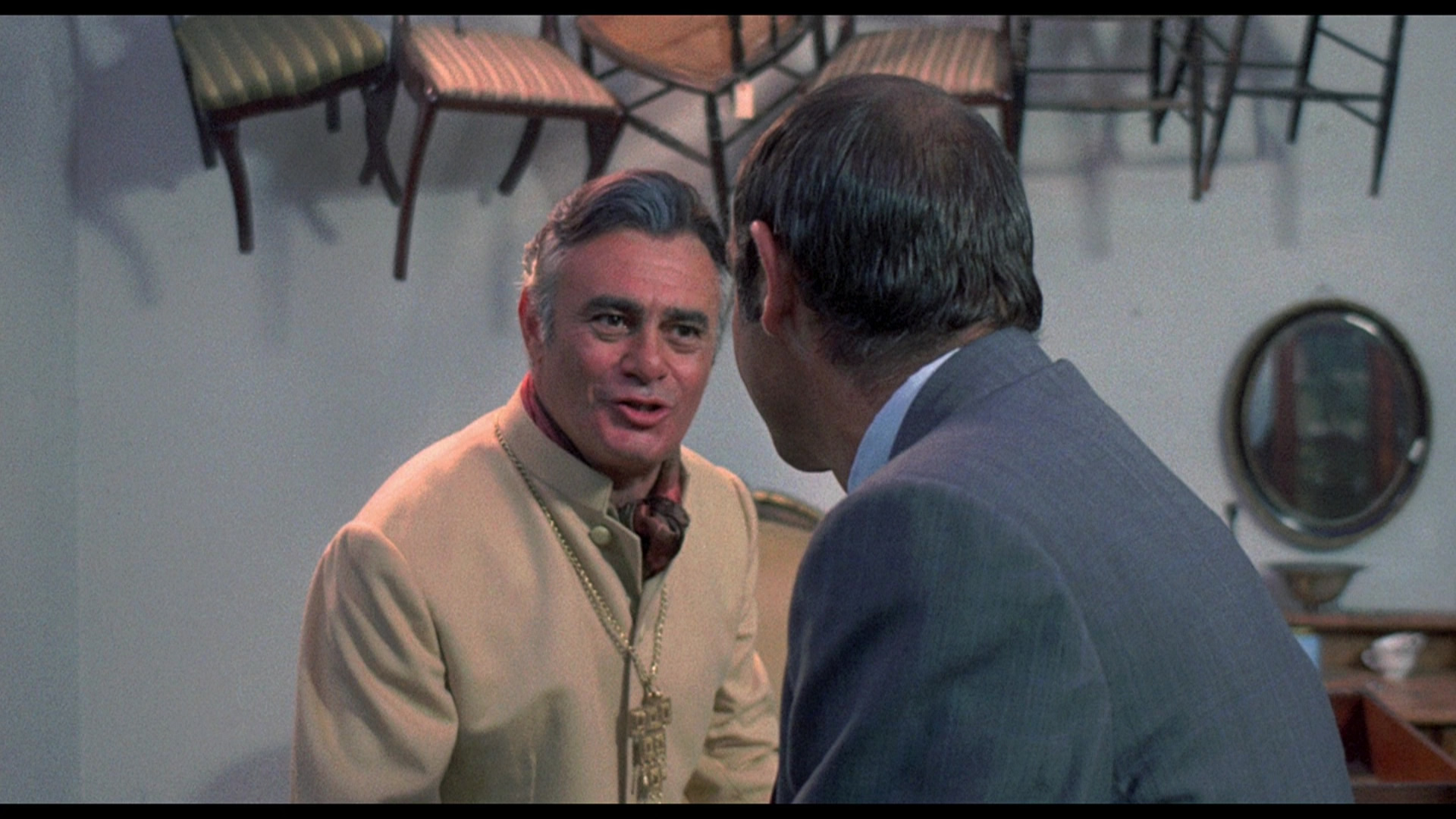 and wiretaps are everywhere, and Anderson has to navigate the watchful eyes of the FBI and local police to pull off the feat of robbing an entire building of tenants.

Decked out with juicy character actors in every scene (keep an eye out for Paula Trueman, that scene stealer from Homebodies, and the Wicked Witch of the West herself, Margaret Hamilton!) and a snappy score by the great Quincy Jones, this is the kind of film that was treated as a modest diversion at the time but has continued to improve with age. It's fun spotting how Lumet is laying the groundwork for what would become a run of seminal New York crime films including Serpico, Prince of the City, and the aforementioned Dog Day Afternoon, and Connery's in fine form here giving one of his most dedicated performances from this period in his career. It's also a very male-dominated film (Cannon is fine but doesn't have much to do), with plenty of testosterone fueling the storyline; even the potentially objectionable portrayal by Balsam is assertive and pulled off with so much zest that it's tough to take offense (apart from a few slurs hurled out in the dialogue, which were even included in the trailer). Don't be misled by the film's PG rating, either; it was originally given a GP (a sort of looser, more permissive version of that brand) and gets pretty harrowing in the final stretch. 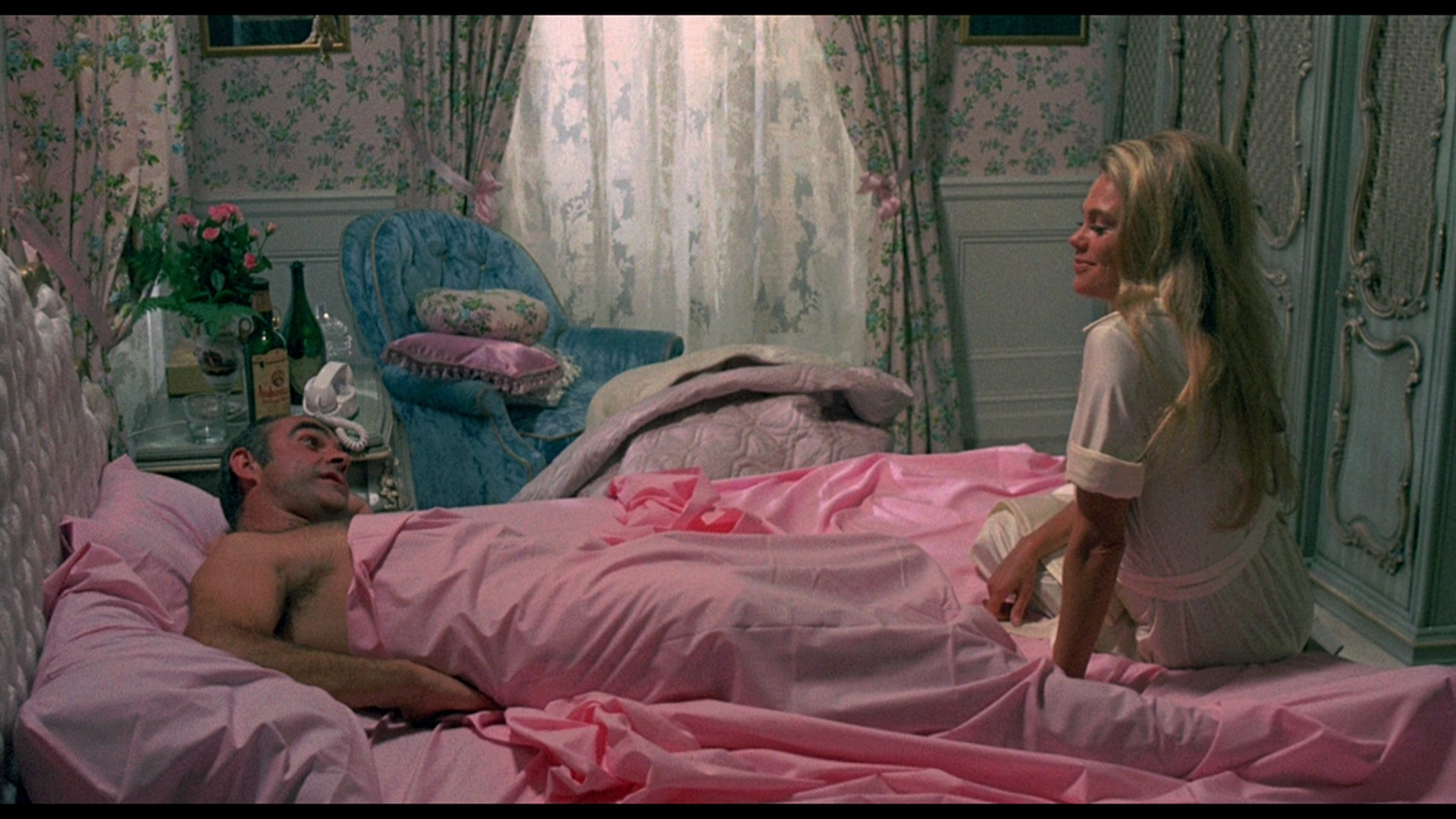 Regularly available on home video since the 1980s, The Anderson Tapes was first released on DVD from Sony as part of its puzzling Martini Movies line with a theatrical trailer as the sole extra. The film was later ported over from 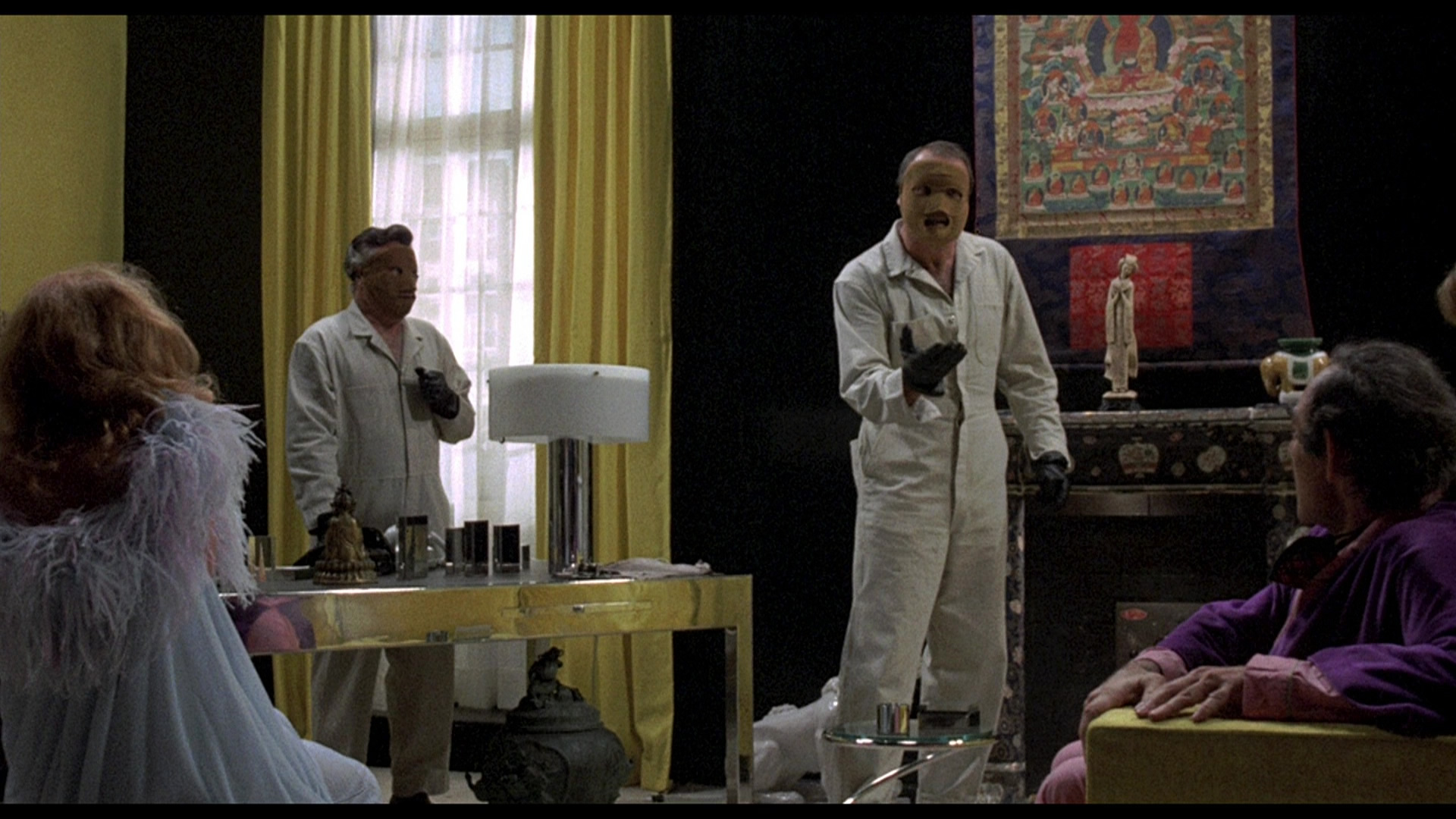 the studio's solid HD master as a Mill Creek Blu-ray double feature with Michael Crichton's Physical Evidence in 2012, nicely spread out on a dual-layered disc. However, the best version by a long shot is the 2017 dual-format UK release from Indicator, which gives a very generous encoding to the film and tweaks the black levels correctly down compared to the Mill Creek edition to give the film a nice sense of depth and dimension throughout. Film grain looks fine and natural, colors pop well, and overall it looks very rich and convincing. The LPCM English mono audio sounds great, with optional English SDH subtitles provided. Extras include the theatrical trailer, a fascinating 16-minute Super 8 version of the film that does a good job of recutting the soundtrack to lay out most of the crucial plot points (and significantly restructure the ending), and most substantially, a new audio commentary with film critic Glenn Kenny covering pretty much everything you could want to know about the film and its participants including the state of Lumet's career, the history of the font used in the credits, the barrage of character actors, and the thrills of New York location shooting in that period. Indicator also provides another excellent liner notes booklet with thorough liner notes by Thirza Wakefield (who convincingly dissects why Lumet dismissed this film in his Making Movies book), an archival Richard Combs review from Monthly Film Bulletin, an excerpt from the one substantial bit in Making Movies about the making of this film, and a sample from the source novel to show how unorthodox Pierson was in adapting a book comprised entirely of transcripts and authority reports.