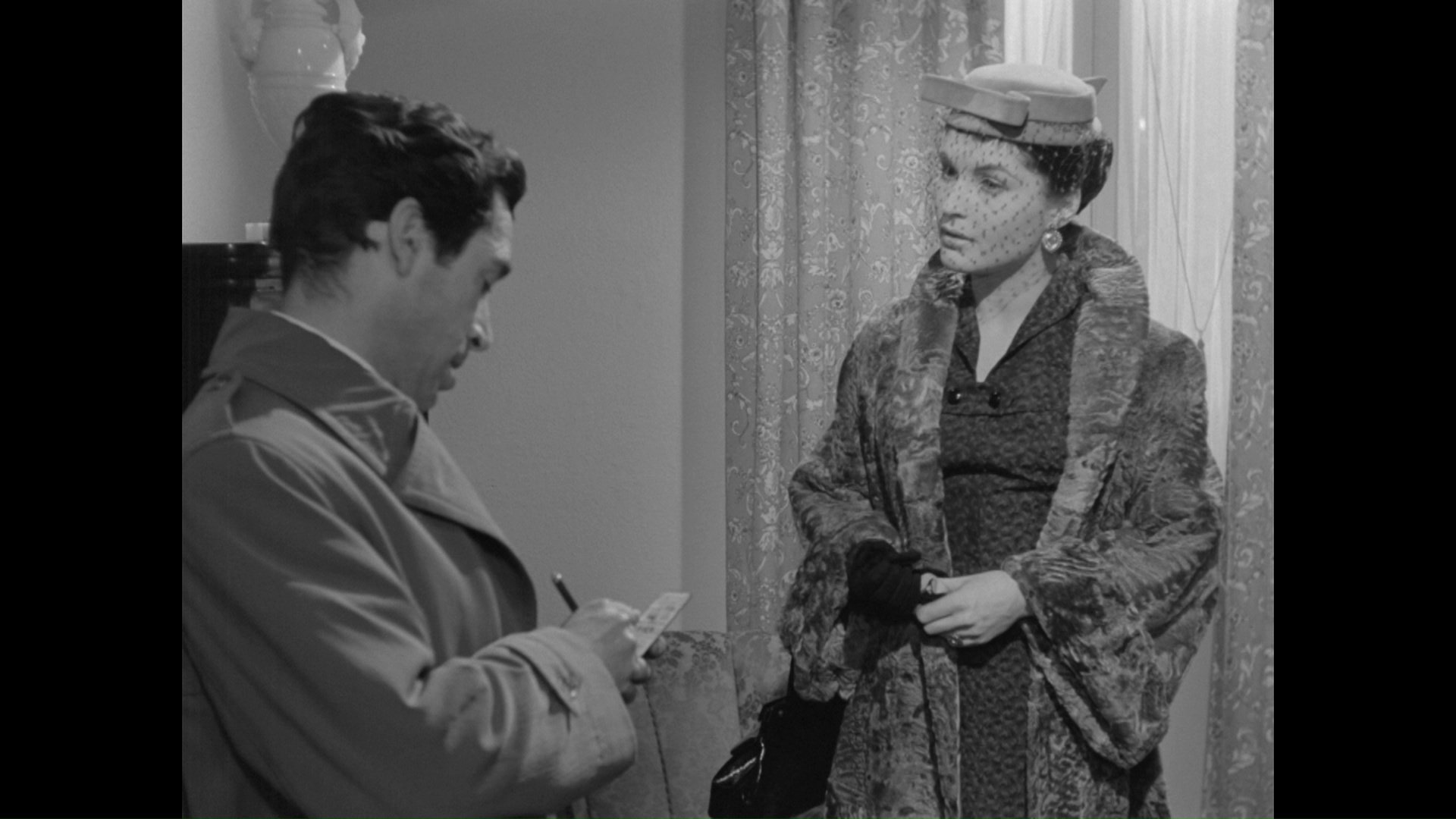 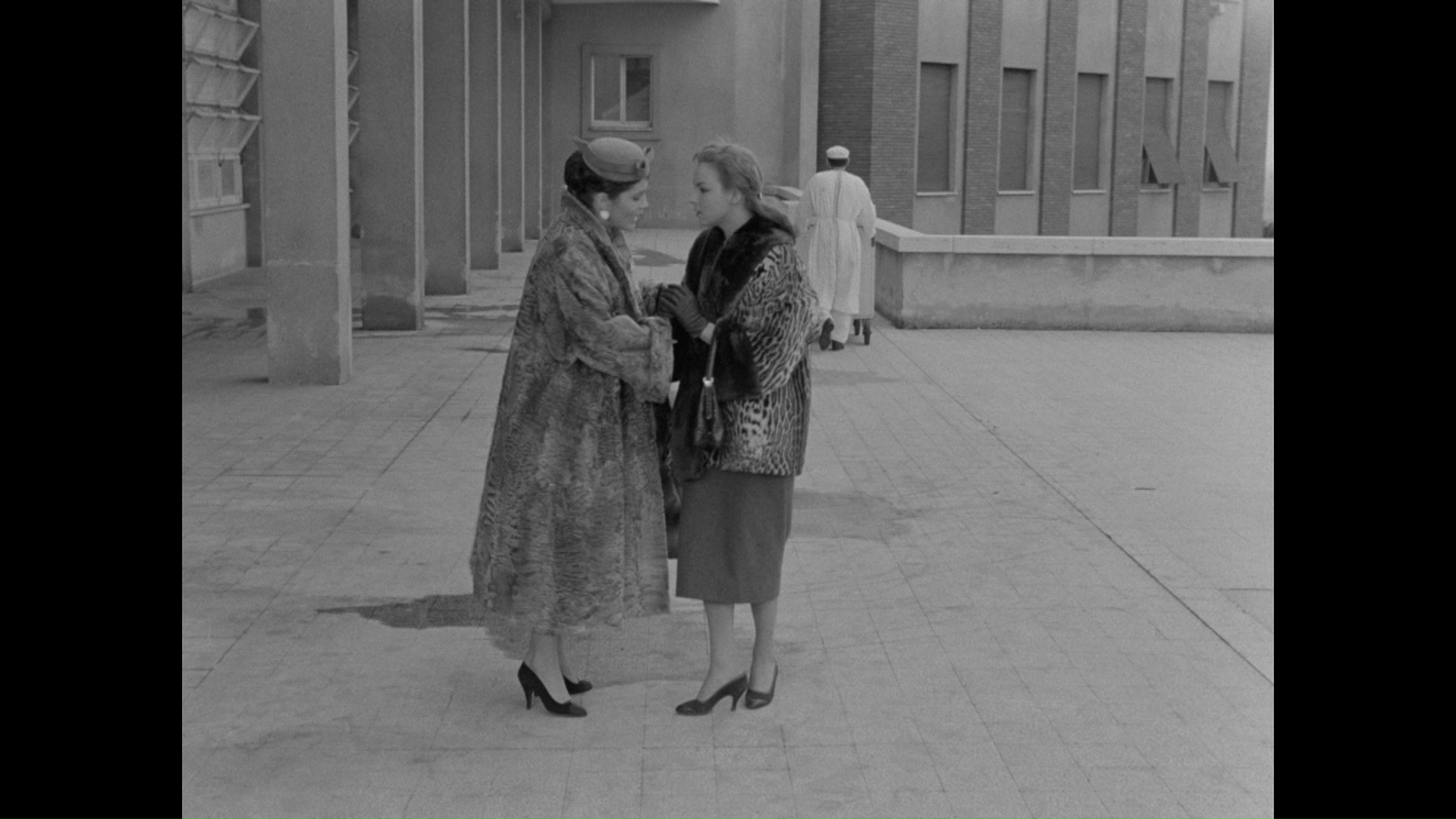 Several years before he took the international film world by storm with L'avventura, director Michelangelo Antonioni was already becoming an accomplished director in Italy with a string of modest but potent dramas starting with his 1950 debut, Story of a Love Affair. Perhaps the best film of this cycle, Le Amiche, sports a very impressive cast and precise direction that turn what could have been a standard melodrama into something quite a bit more potent.

In a major life move, Clelia (Camille 2000's Rossi Drago) moves from Rome to the slower-paced Turin, her hometown, to run a fashion salon. However, storm clouds appear right away when she checks into a hotel where the guest next door, Rosetta (Fischer), tries to kill herself with an overdose of pills over a bad relationship. That incident leads her into a new social circle of bourgeois women (and a few men) including chic Momina (The Mummy's Furneaux), artist Nene (The Girl Who Knew Too Much's Cortese), flirty Mariella (Pancani), and the lower class Carlo (Manni), who serves as a potential love interest. All of their lives are filled with unnecessary drama and romantic entanglements, complicated by Nene's wafz3-14651586038770yward husband (L'avventura's Ferzetti).

Though it follows a somewhat linear narrative, this film often anticipates the more challenging, psychologically dense films that would become Antonioni's trademark in the subsequent decade. 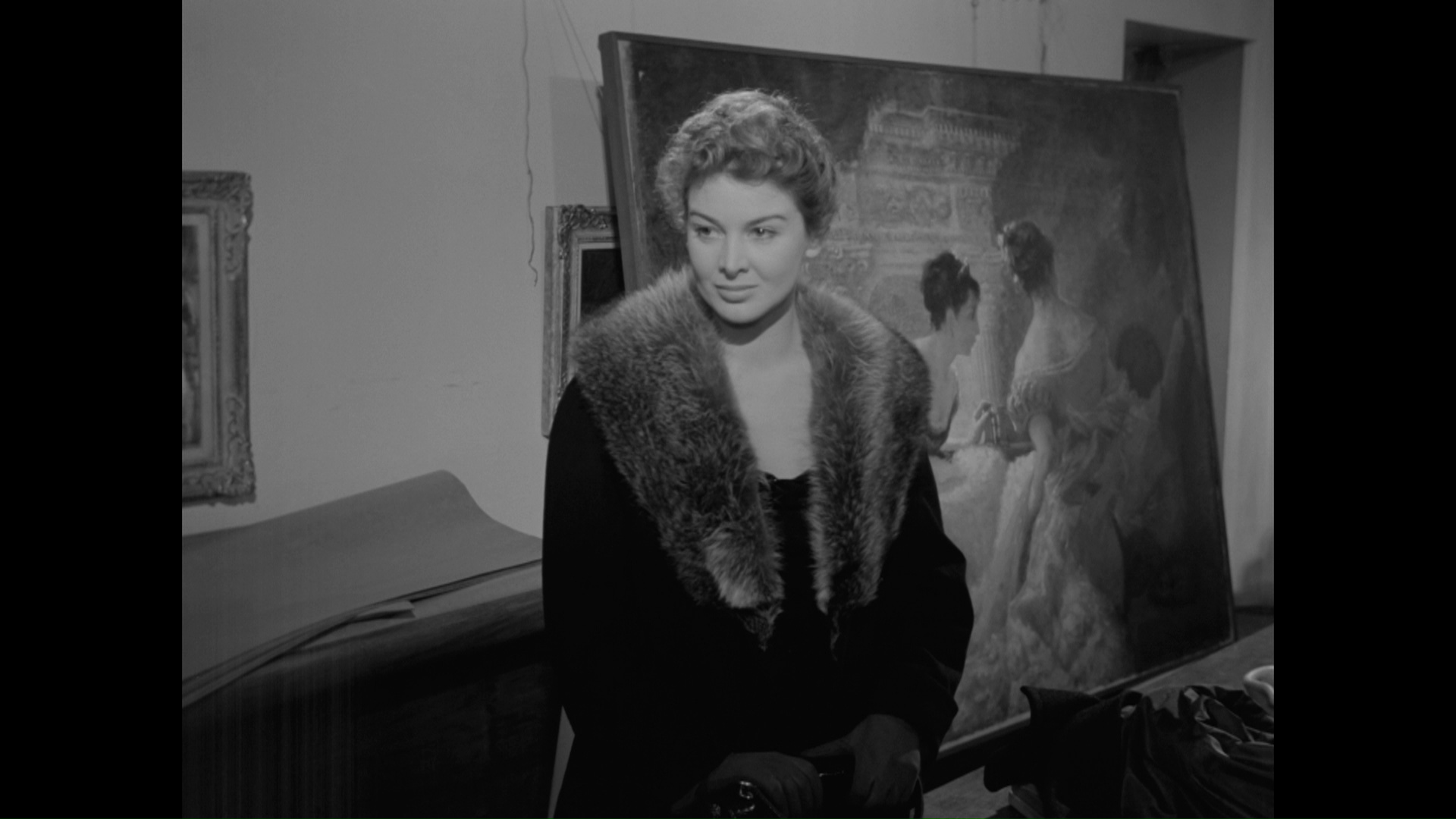 The powerhouse cast makes it a solid entry into his filmography if you aren't feeling up to tackling the big behemoths yet, and ironically, it was received very coolly in American when it received a belated release in 1963 after Antonioni's success. 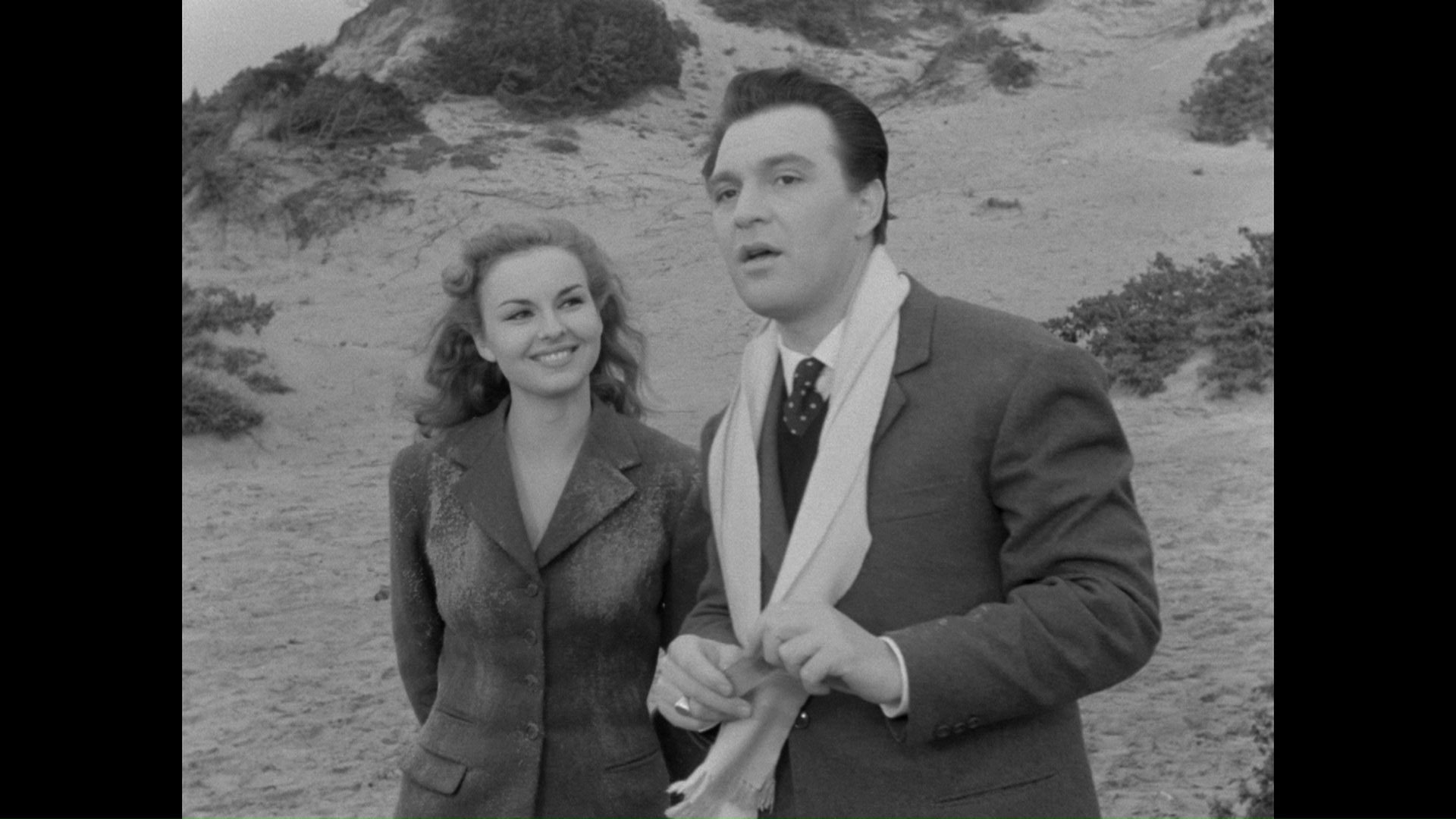 Today it's far easier to trace the lines from here to his later output, and on its own terms, this film is no less impressive.

Le Amiche first appeared on DVD from Image in 2001 in a mediocre transfer with muddy blacks and harsh contrast, which was thankfully rendered obsolete in 2001 with a Blu-ray/DVD combo release in the UK from Eureka sporting a restored 2K transfer spearheaded by Cineteca di Bologna, L'Immagine Ritrovata, and Martin Scorsese's Film Foundation. The transfer looks remarkably good, sporting fine detail levels and velvety textures throughout that put it up there with the deluxe treatment given to Antonioni's other titles in HD. Extras on that release include an 8-minute video intro by critic Gabe Klinger, a 10-minute Klinger overview of Antonioni's career through his tenure in the UK and Hollywood and back to Italy, and a booklet with an assemblage of essays, Antonioni interviews, and letters.

After tackling Antonioni's famous Italian '60s trilogy, Criterion swerved back around to this crucial earlier work in 2016 with separate Blu-ray and DVD releases culled from what appears to be the same restoration. Blacks look a couple of notches deeper and the compression in more generous, resulting in a 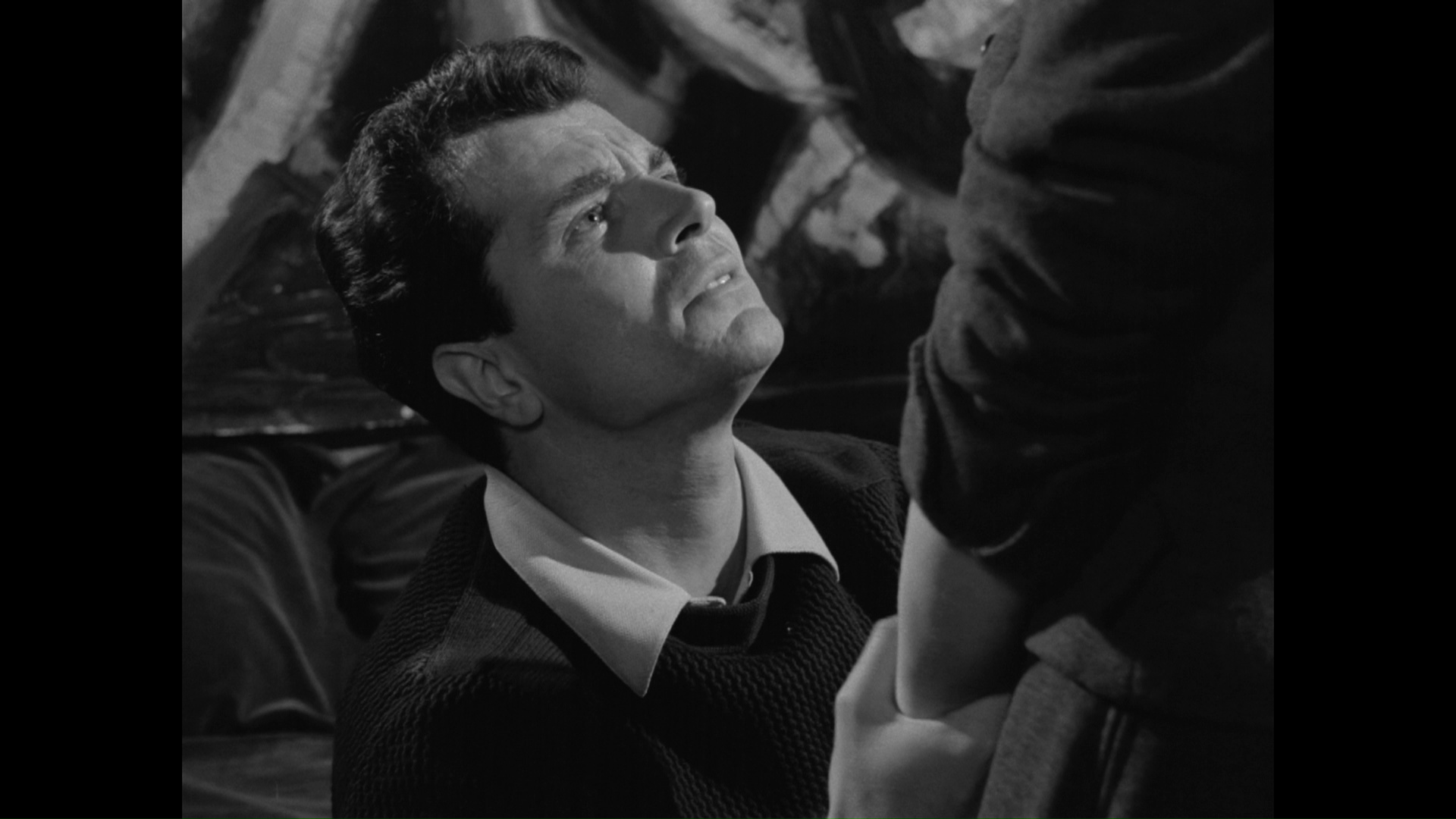 slightly improved presentation that should make this a must for anyone who doesn't own the film and a reasonable upgrade for owners of the UK release. This one also sports two video extras, though they're completely different and more generous in terms of running time as film scholars David Forgacs and Karen Pinkus get a 27-minute study of the film's presentation of human interactions and superficial relationships (foreshadowing what was to come in Antonioni's more famous later films) and a 22-minute chat with Eugenia Paulicelli about the way clothes and other accoutrements play a visual and symbolic role in Antonioni's cinema, obviously very prominent here with some of Europe's most riveting actresses at the time in a story about wealth and the worship of the physical. A liner notes booklet with an essay by film scholar Tony Pipolo is also included with a sketch of how Antonioni's career at the time led to this project and how it pointed the way for what was soon to come.