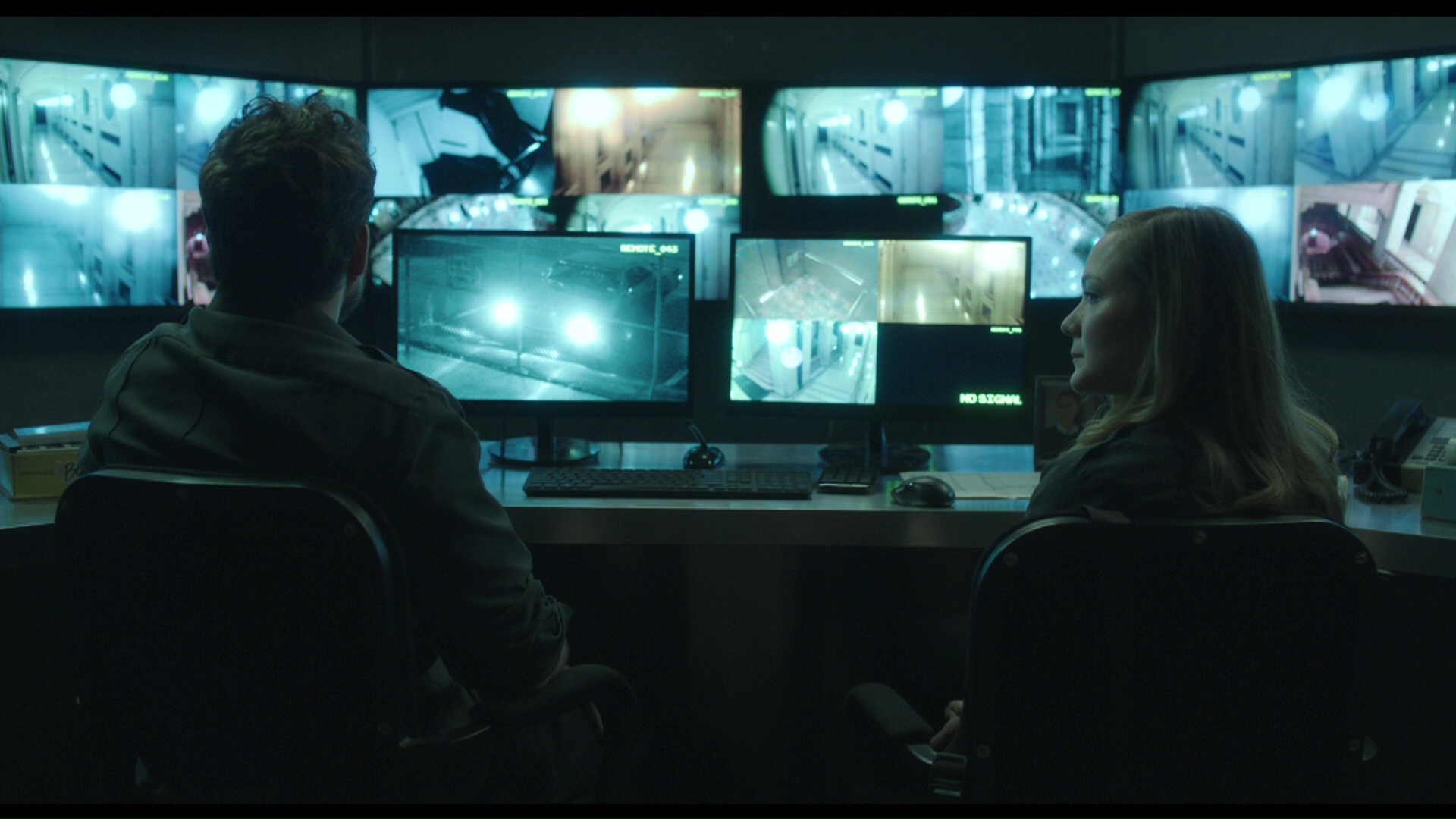 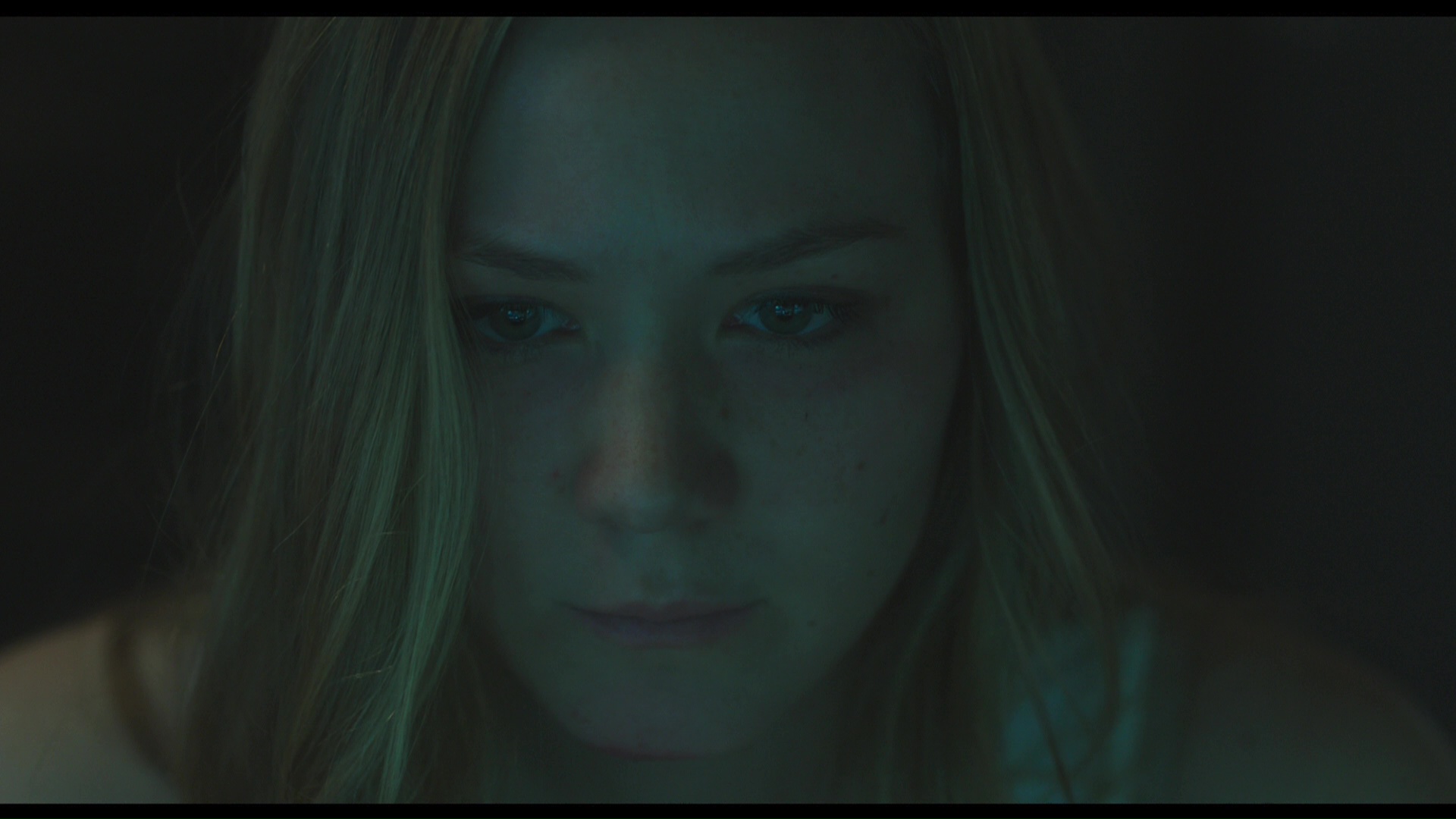 Neither the best nor the worst of its ilk, The Abandoned (originally shot under the more novel title of The Confines and released as Confined in the UK) manages to make up for its familiar story elements with one heck of an atmospheric setting: an incomplete, abandoned apartment building, whose construction was halted due to economic disaster. The eerie location isn't too far off from the spooky, empty layout of the asylum from Session 9, and while it obviously doesn't come close to that modern classic's level of effectiveness, there's something to be said of spooking your viewers with the skillful use of shadows and empty space.

Like any semi-urban structure open to outside intruders, this building has to monitored by security guards -- in this case the bitter Cooper (Patric), who's in a wheelchair and none too pleased to be passing along the torch to young pup Streak (Krause), who needs to job to prove she has what it takes to get back custody of her daughter. Unfortunately it turns out she may have made on heck of a bad career choice as the building may be inhabited by something very menacing indeed thanks to a sinister secret in its past. 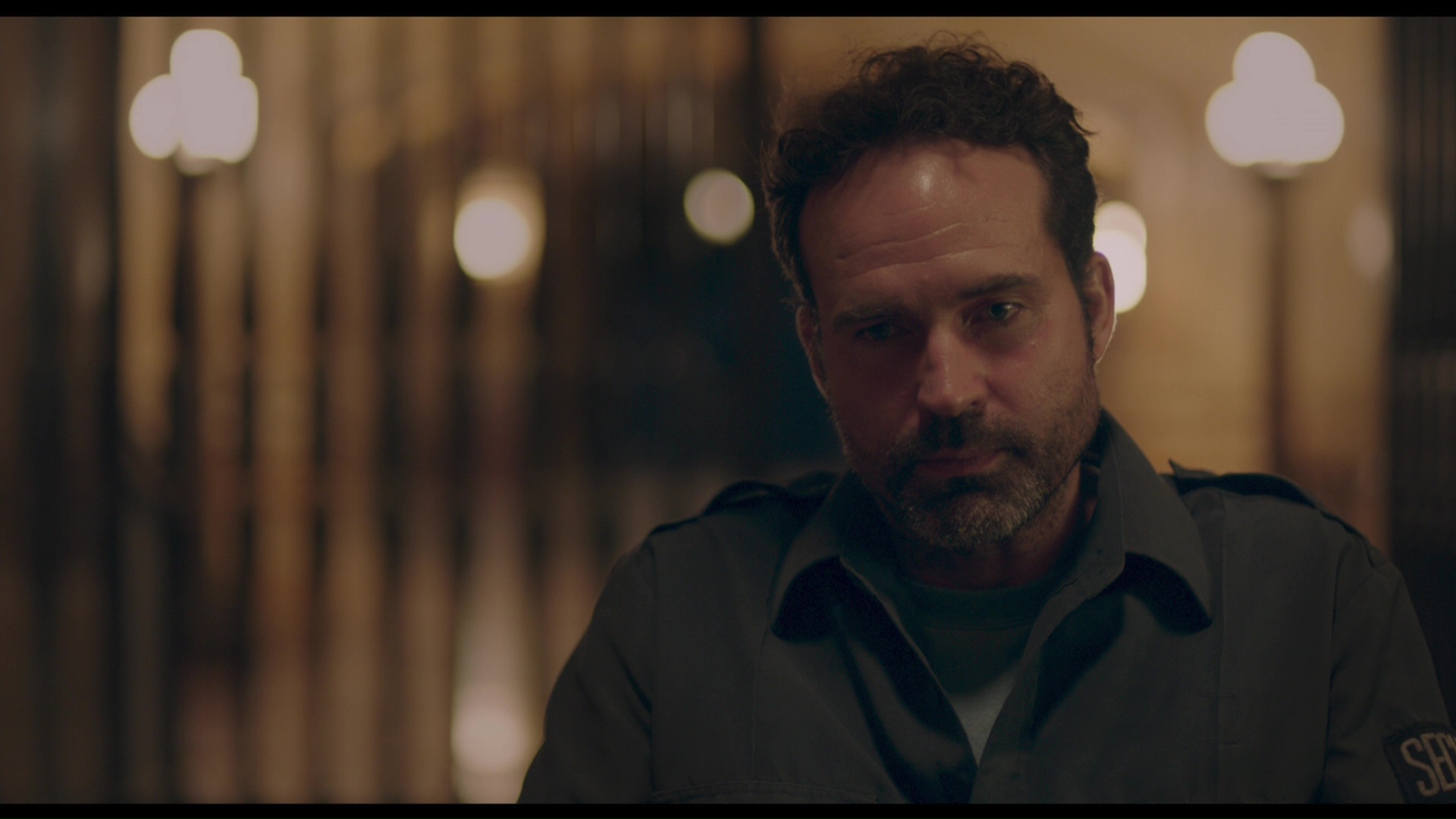 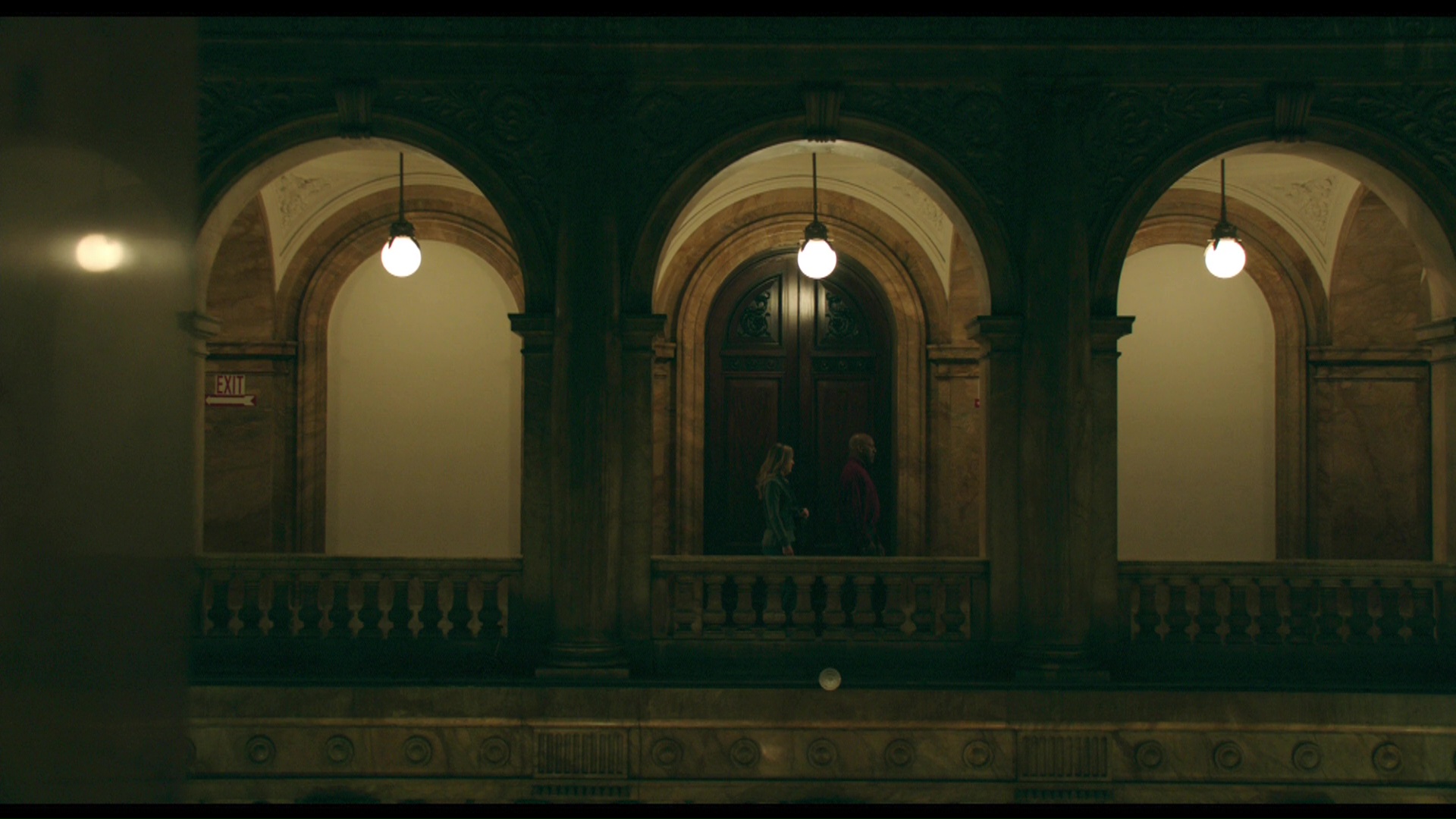 everything from The Haunting and The Innocents to The Shining and The Tenant treading this ground quite well), but this one gives it an admirable try with an ambitious attempt to twist the formula slightly by keeping the viewer in the dark about exactly what kind of horror film it is for the first hour or so. Both of the leading actors are excellent and give the story more gravitas than it probably deserves, while the great Mark Margolis (Breaking Bad) has a smaller but substantive role as a vagrant Streak decides to help for the evening -- possibly to her detriment. However, the gimmicky twist ending is going to be a hurdle for many viewers, and with good reason; it's reminiscent of both a popular '70s young adult novel and a much later psychological thriller bestseller (and their respective film adaptations), and though there's some welcome positive emotional resonance to the execution, the comparison isn't always flattering.

Scream Factory brings this IFC Midnight acquisition to Blu-ray and DVD with a transfer that looks pristine, not surprisingly, with all of the stylized color schemes intact with a heavy alternating emphasis on bronze and aqua shades. The DTS-HD MA 5.1 with optional English and Spanish subtitles is appropriately manipulative with plenty of ambient sound effects and moody music swirling throughout. Extras are sparse but interesting, courtesy of a (not dramatically) alternate ending, a batch of deleted scenes (more scene extensions with extra dialogue), and the theatrical trailer.