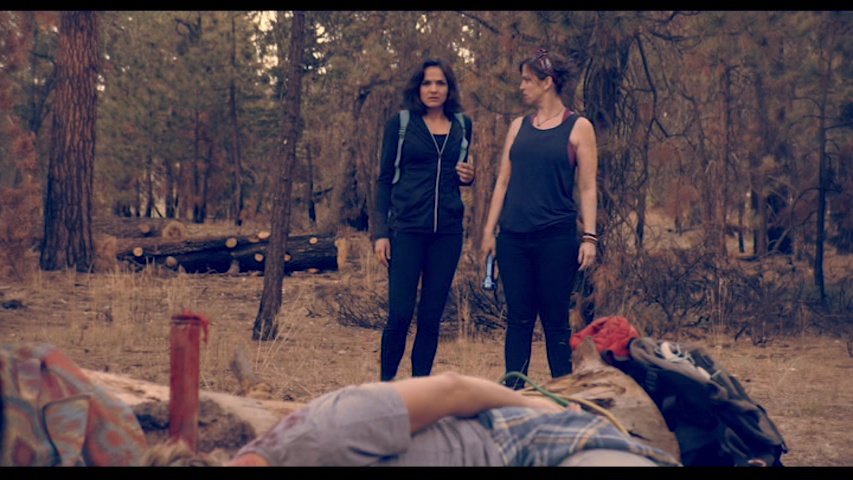 more than meets the eye in 4/20 Massacre, 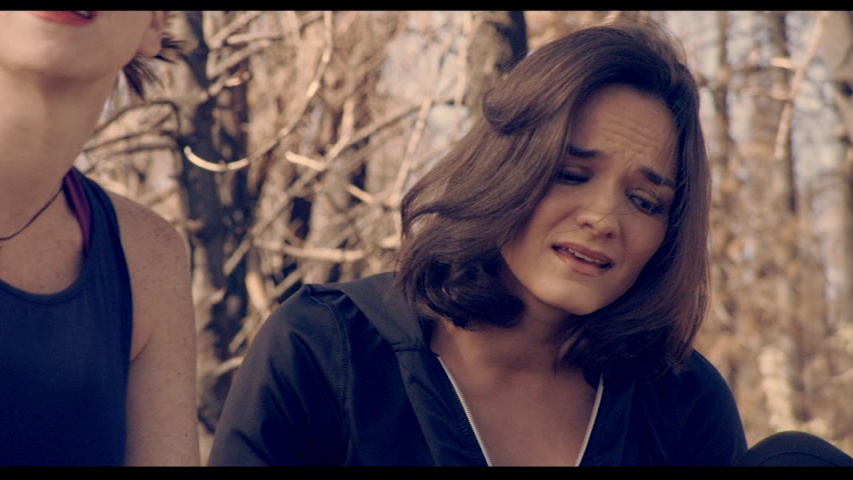 a film whose title and premise might lead you to expect a goofy, Troma-style slasher spoof with a lot of pot jokes. The opening five minutes doesn't do much to dispel that, but what it actually turns out to be is a surprisingly well-acted and often ruthlessly effective forest horror film with a few fun plot twists up its sleeve.

Two yokels and self-described opportunists out to raid the local pot crop in the mountains end up running afoul of a killer disguised as foliage, but that's just a prelude to the terror to come. Five young women out for a weekend getaway in the country camping and backpacking run into a beer-loving forest ranger (Storm) who warns them to say out of the hills, since it's a haven for illegal activity and possibly dangerous behavior. Oh, and they're also there to celebrate the birthday of Jess (Bernadette) that happens to fall on 4/20... and she isn't a fan of smoking pot. When they're ambushed by one of the two survivors from the opening, Buddy (Schroeder), who issues them a warning about "the weed" and hands some off to them before he runs away and gets gutted. Nonplussed, the newcomers decide to set up camp, blast some music, drink beer, and smoke some weed, while romantic complications and unspoken crushes exist between more than a couple of them. When the crop-protecting maniac shows up with murder on his mind, they soon realize they may have picked a getaway from which they might never return. 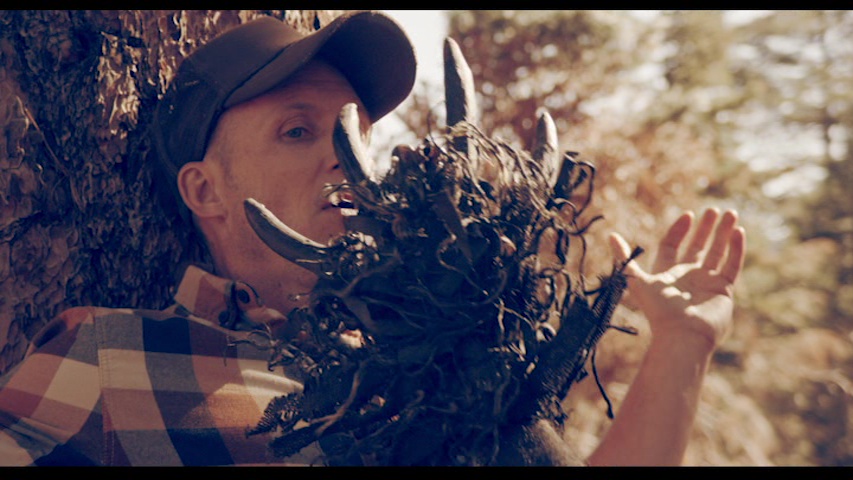 Essentially an herbal take on films like Just Before Dawn and The Final Terror, this film manages to take the weed meets slasher angle 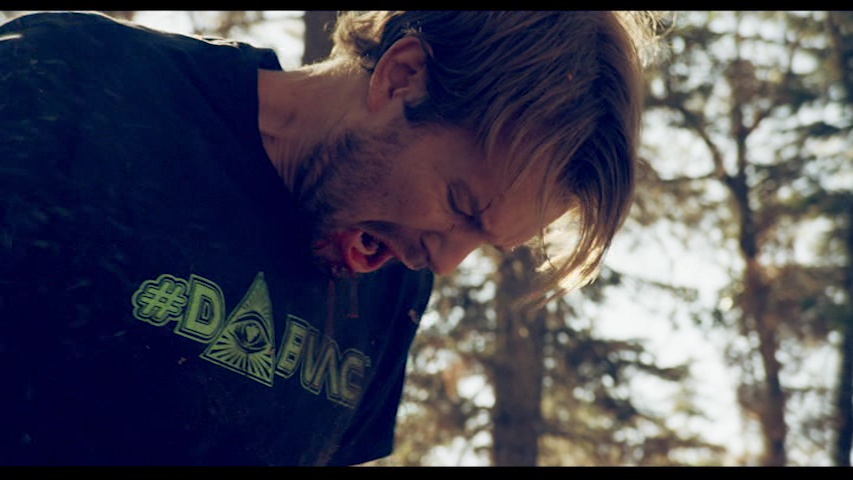 to a new extreme that should lock in its status as an annual viewing choice on a certain day in April. Director Dylan Reynolds also certainly has a knack for exploring various areas of California, here diving into the sunny woods in the SoCal mountains after giving L.A. the treatment in his quirky Nipples & Palm Trees. The idea of mixing horror and drugs isn't exactly new -- thanks to everything from Shrooms to the Meat Weed films, and even Happy Death Day featuring a death by bong -- but it's unusual to see the idea dominate a film that doesn't turn into a goofy pastiche. What's gratifying is that it also doesn't try to specifically nod to any '80s slashers in terms of style or wink-wink homages, playing the slasher material for keeps with some gruesome death scenes (several of which really hurt since you care about the characters) and a nice isolated atmosphere. There's humor of course, including some nice camaraderie among the likable leads, and the decision to give all the roles to women with a positive depiction of lesbianism is a surprising and very 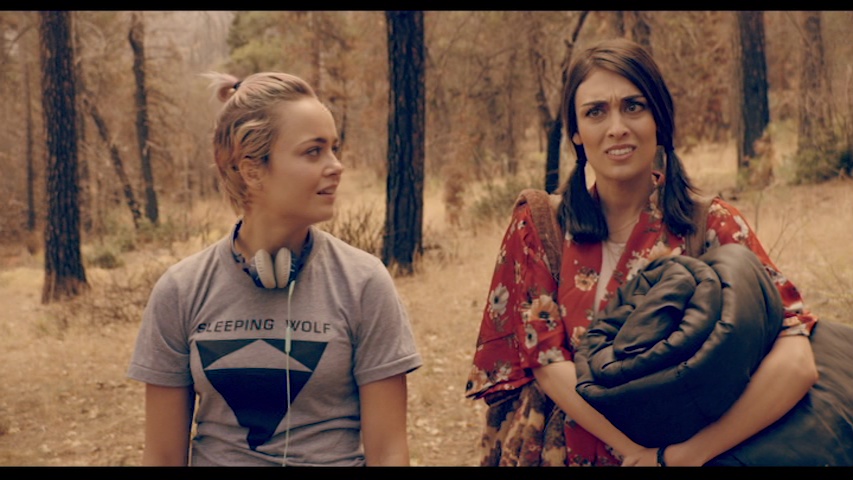 welcome decision. It also looks and sounds great thanks to a golden, faded aesthetic and an effective soundtrack mixing a moody score with some really strong song choices. It isn't a perfect film by any means, mainly thanks to some blatant continuity goofs (most obviously in Buddy's gut-puling death scene), but it's entertaining and good natured enough to slip over the speed bumps without too many issues.

Though there's apparently no Blu-ray release in the cards, 4/20 Massacre looks solid on DVD from Film Chest with its stylized color scheme holding up quite well for SD. The Dolby Digital stereo track also gets the job done well, with the music getting most of the separation love here. Optional yellow English subtitles are also included. A reel of interviews with the five principal stars (15m25s) features some thoughts on their perceptions of their 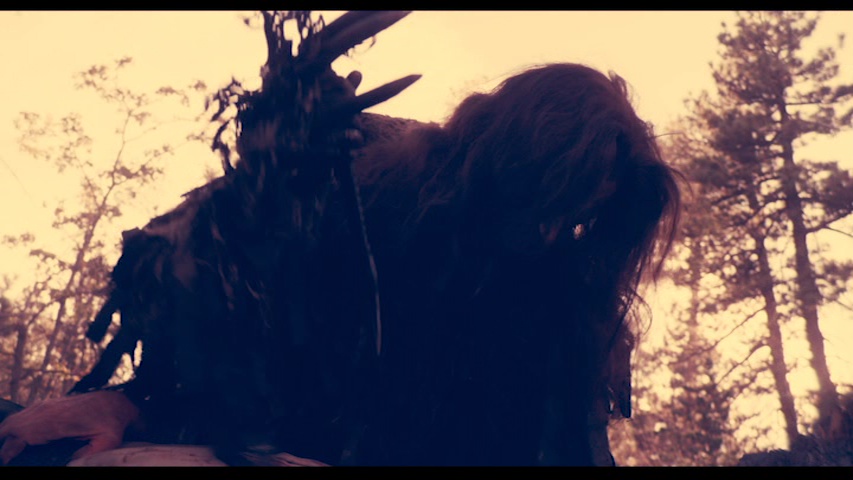 characters and the reasons they took on a horror movie, including the surprising revelation that Bernadette considered going into stunt work (which explains the very physical, convincing nature of her performance). They also touch on such topics as an unexpected bear visit, the fear of being stung, and the acting response to kissing another woman. A separate interview with Storm (13m12s) is broader, touching on his general 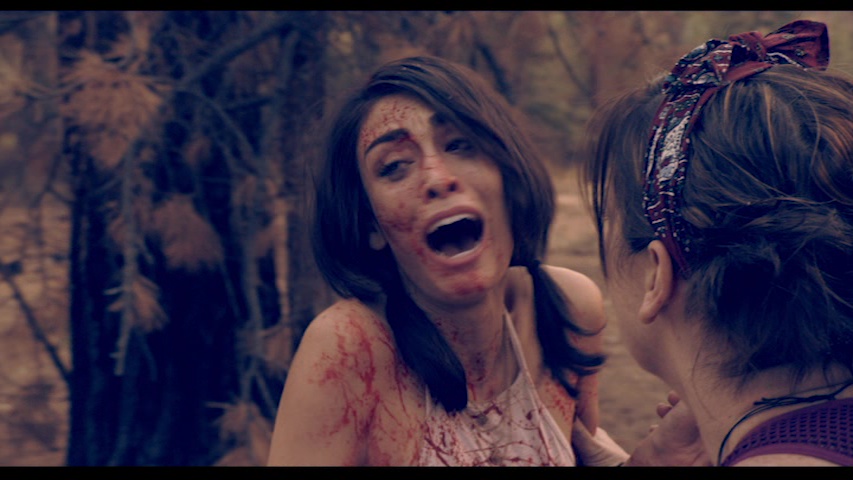 career including his gig on Dark Shadows and other Dan Curtis productions as well as less positive thoughts about a certain other director. However, the most thorough extra is a cheerful audio commentary featuring Reynolds, actress-producer Vanessa Reynolds, and director of photography Kyle Stryker. Be warned there's a fair bit of loud coughing (presumably not 420-induced, but you never know!) so watch out if you're wearing headphones! They manage to pack in every second with info, from pointing out stock footage to explaining the sepia aesthetic to covering the ins and outs of a tight ten-day horror movie shoot in daylight. Interestingly, they also reveal that the film was originally written as a mixture of men and women but evolved along the way to the more interesting final product.