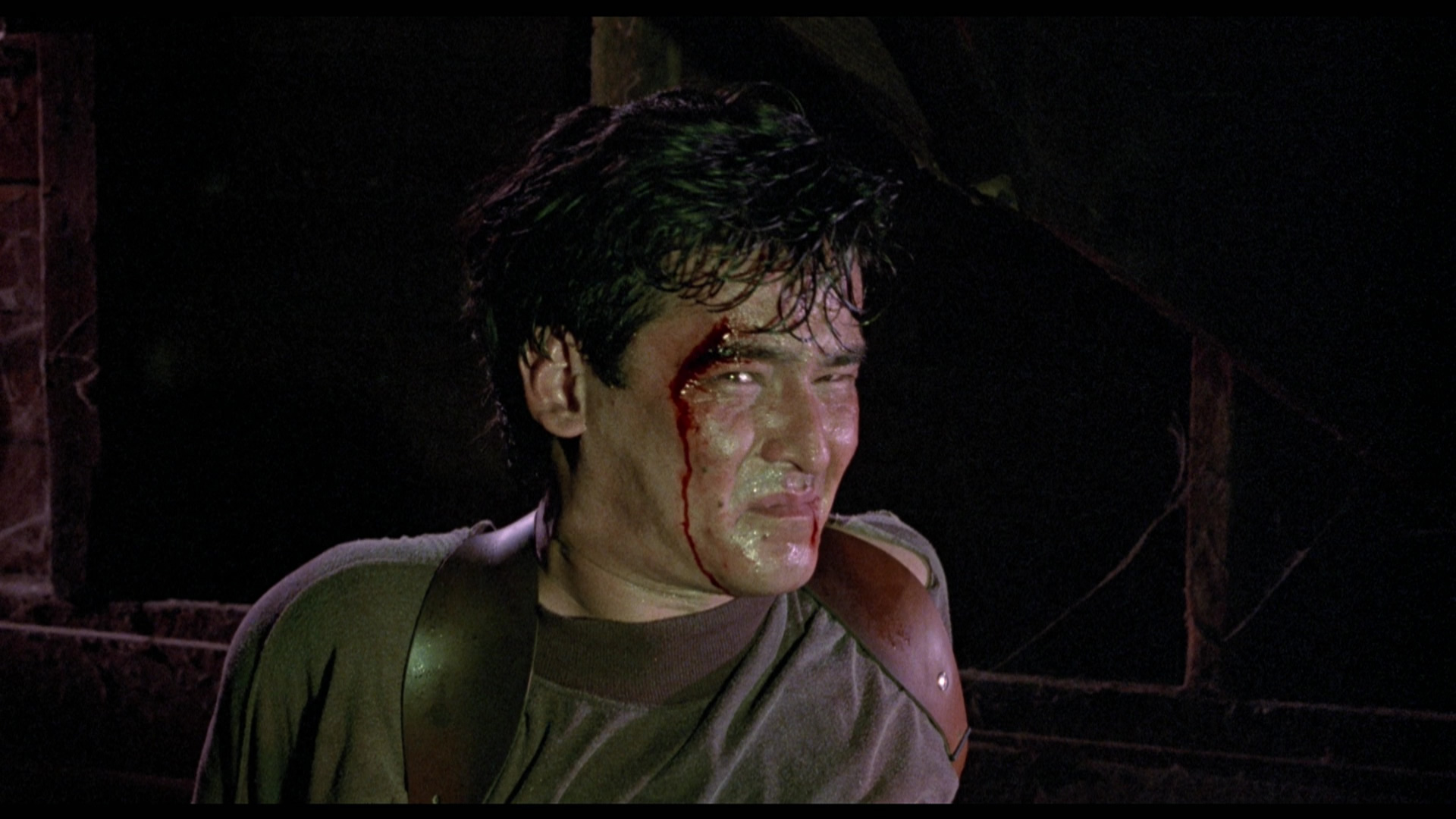 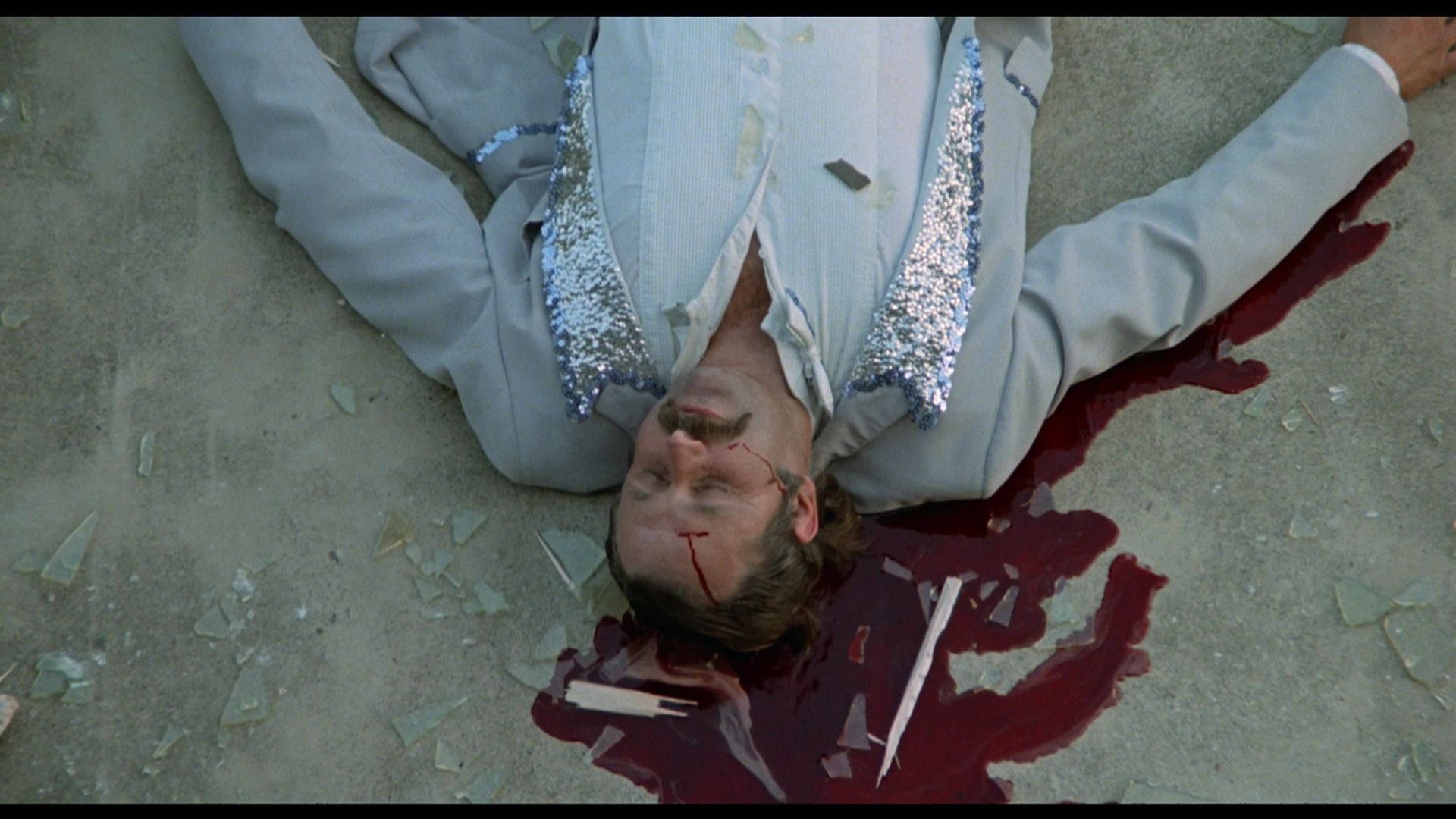 A name destined to provoke a happy smile in horror fans of a certain age, director Kevin S. Tenney seemed to pop out of nowhere in the back half of the '80s with a pair of VHS-friendly supernatural outings that barely made a blip in limited theatrical runs but took off like gangbusters on home video: Night of the Demons, a.k.a. the best Halloween party movie of 1988, and everyone's favorite Ouija board movie with a Whitesnake spouse and music video star, Witchboard. Less known is the fact that these films are actually kind of a spooky trilogy with Tenney's third film, Witchtrap, offering a similar mixture of snarky, abrasive characters and occult shenanigans that spiral way out of control among the privileged SoCal set. And as all the promotional material and the film itself constantly reminded us, it's not a sequel to Witchboard. No, seriously. (However, Tenney did direct a legitimate Witchboard 2 a couple of years later with Ami Dolenz, so it was all meant to be.)

At the infamous Lauter house once run by an evil serial-killing magician tied in to the dark arts, nasty things are still going on -- as we see right off the bat with a moustached man in a sequin-covered lounge suit having his afternoon ruined by being chased down hallways and chucked to his skull-cracking death out of a second-story window. Now the current owner (an extended cameo by Tenney himself) wants to 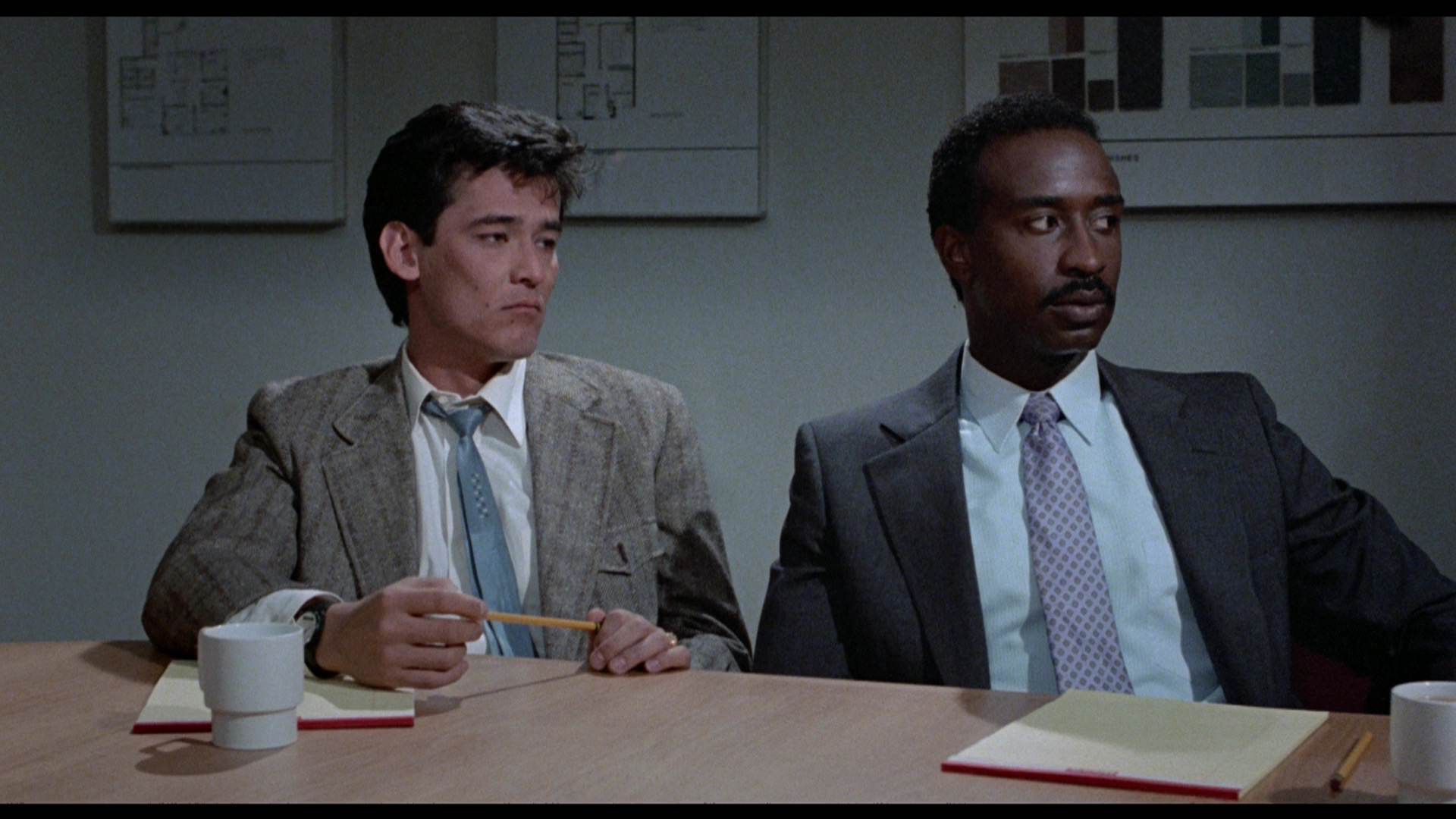 turn it into a B&B and, apparently having never seen The Legend of Hell House, 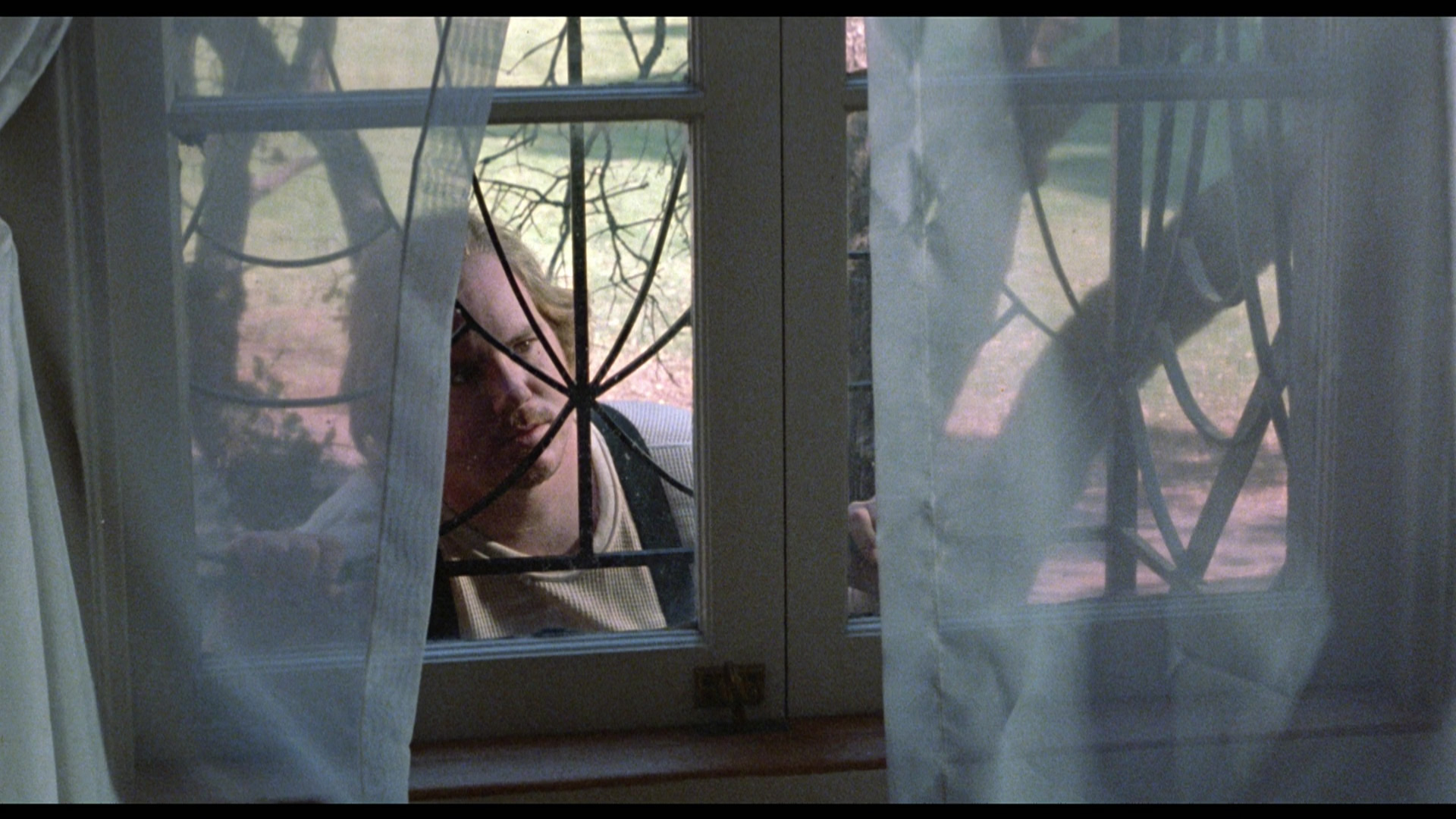 decides it would be a great idea to send a team of paranormal specialists in for a long weekend of ghost tests. Among the new intruders are ostensible leader Tony Vicente (Tenney regular Quinn), a wisecracking jackass who would've been murdered by his fellow team members in any other horror film, along with medium Whitney (Bailey), spook-hunting doctor Agnes (Tatum), less in-tune psychic Felix (Zapple), and Tony's boss, grouchy security head Frank (Thompson). Also on hand is perky videographer Ginger (Quigley), who's on hand just long enough to get kick off the body count by getting her throat punched open by a shower head during her obligatory nude scene. Soon more bodies are piling up and Whitney's showing signs of being susceptible to the influence of the house's original owner, Avery Lauter, whose heart still rests in a box on the property and holds the key to stopping his murderous rampage from beyond the grave.

Easily the weirdest film in the initial Tenney trio, Witchtrap often feels like a borderline parody of ghost stories with Quinn's smart-aleck performance, stilted supporting performances, daffy plotting, and wildly exaggerated editing (evident right off the bat with a dozen angles on that window plunge) indicating the director had his tongue firmly in cheek. The actual level of gore is pretty restrained even for the time period (it's astonishing to think this actually had to be trimmed a bit to get an R rating), but the film wastes no time in doling out all the haunted house tropes including a better malevolent spirit than usual who makes a grandstanding appearance in the final act. If you're new to '80s horror this may not be the best place to start, but if you're for a really wild and 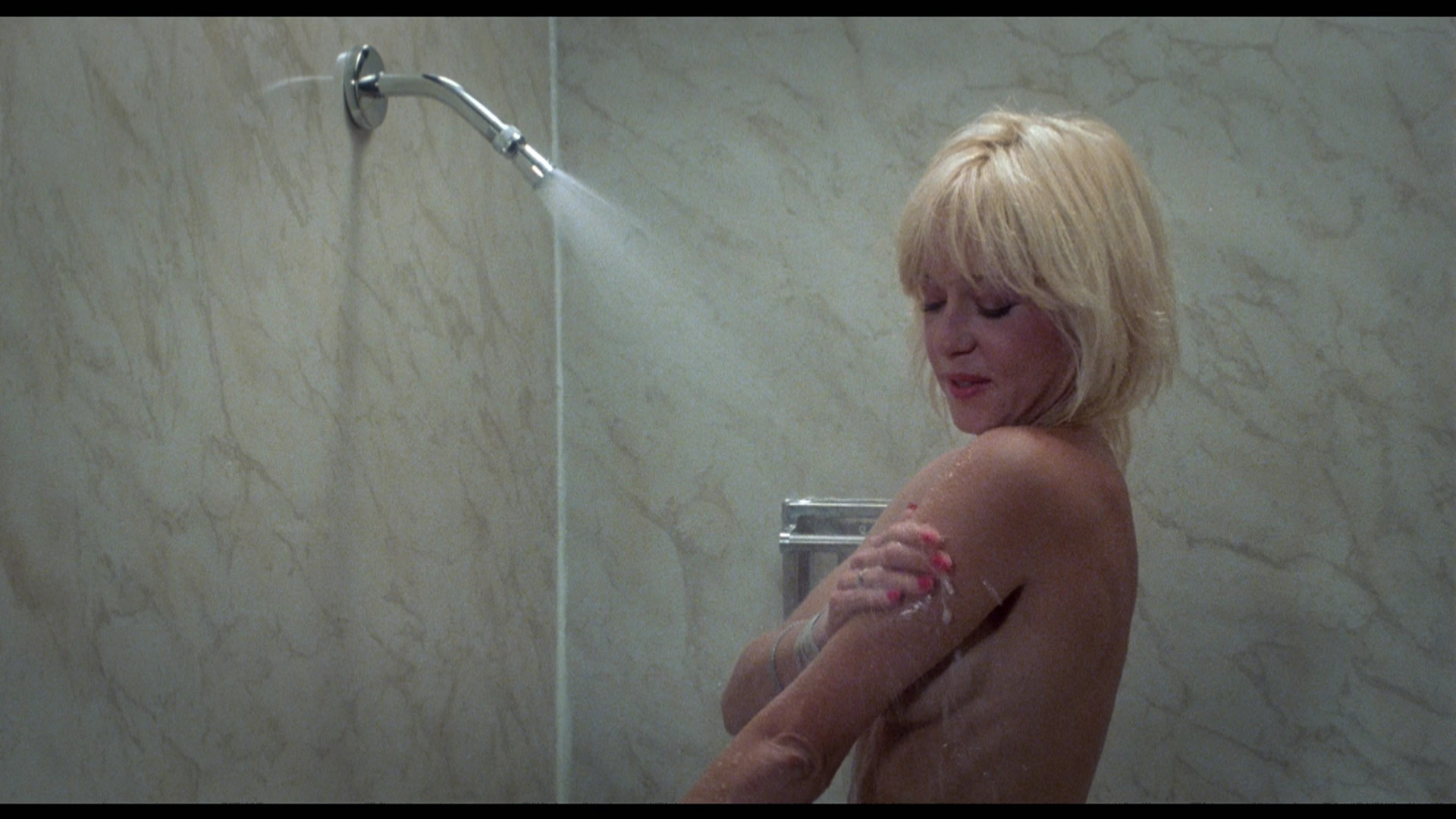 weird example of where things were heading at the tail end of the decade, it's a must. 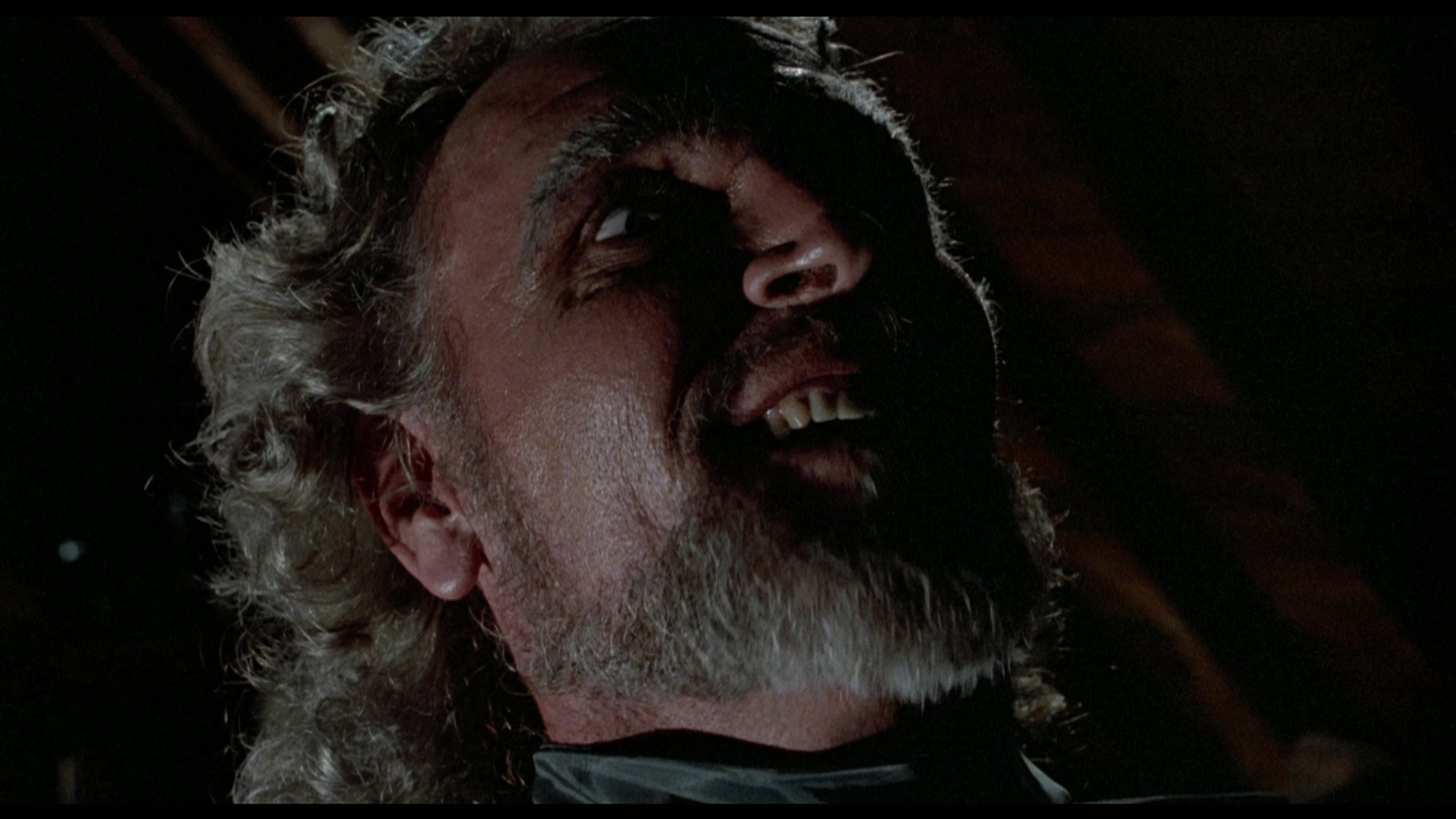 Released on VHS by Magnum Video in 1989 (with an LP-speed reissue from Starmaker a couple of years later), Witchtrap earned something of a fan following among Tenney fans but disappeared entirely for well over two decades. In 2015 it popped up unexpectedly as mediabook and hardbox limited editions from 84 Entertainment, featuring the first HD presentation of the film in its R-rated theatrical cut (90 mins. 10 secs.) with lossy German and English Dolby Digital 2.0 tracks, no subtitle options, a German trailer, an 8-minute vintage Quigley interview (dubbed over in German), a stills gallery, and bonus trailers for Mikey, Fortress, Dream Demon, and Dolly Dearest.

That left the door open for plenty of improvement, which is exactly what we got with the dual-format 2017 Blu-ray and DVD edition from Vinegar Syndrome. And man, is this disc loaded! Running 91 mins. 24 secs., this represents the first unrated release of the film with a title card reading The Presence and a notable absence of that opening disclaimer, which means people might think it's a Witchboard sequel all over again. The transfer is a considerable step up, reinstating the extra minute-plus of gore (most notably a much longer look at Quigley's demise and a 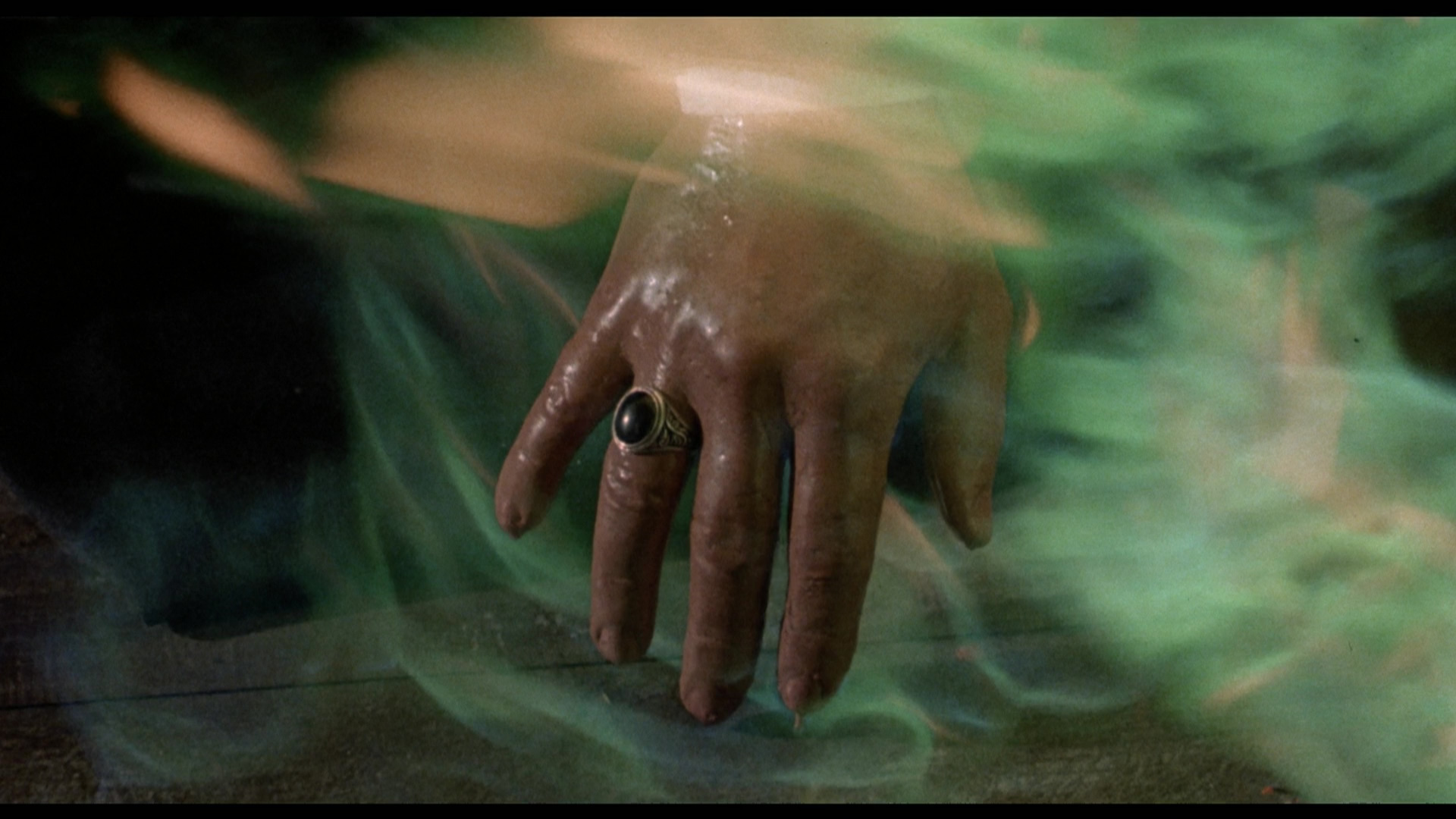 handful of longer head squishing effects) and adding quite a bit of image info on all four sides of the screen. 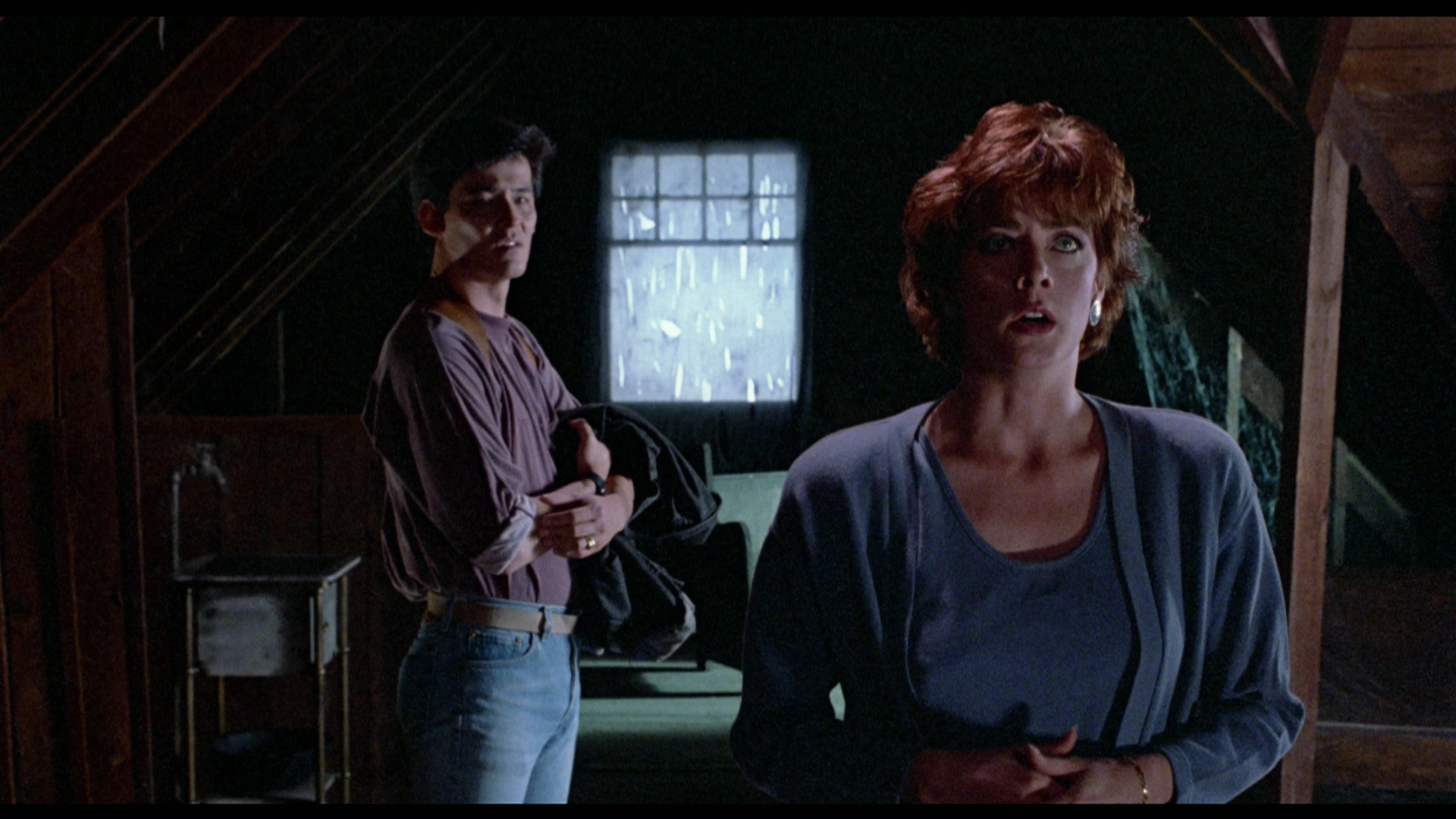 (Here's a frame grab from the 84 Entertainment release for comparison.) The image quality is more natural and textured as well with more realistic colors compared to the somewhat oversaturated appearance of the prior release, and the DTS-HD MA English stereo audio sounds great for what amounts to a typical limited mix from the period (with optional English SDH subtitles).

Tenney is all over this disc including a new audio commentary in which he's joined by producer Dan Duncan, cinematographer Tom Jewett and actor Hal Havins. He also gets a new solo video interview (23 mins.), with additional video interviews featuring Quigley (13 mins.), Jewett (15 mins.) and special effects supervisor Tassilo Baur (17 mins.), plus untimed audio phone interviews with special effects makeup artist Judy Yonemoto and composer (and director's brother) Dennis Michael Tenney. There's a lot of material covered between all of these including Tenney's rapid move to the big time after (or sort of during) film school, this film's impoverished budget, the pros and cons of being murdered in the shower, the advantages of doing synth music on an indie film, and plenty more. Also included are the original video trailer and a 23-minute Tenney short film, "Book of Joe" (with an alternate ending added on), which features a dead angel reflecting on the weird earthly circumstances that brought him there involving political assassination, 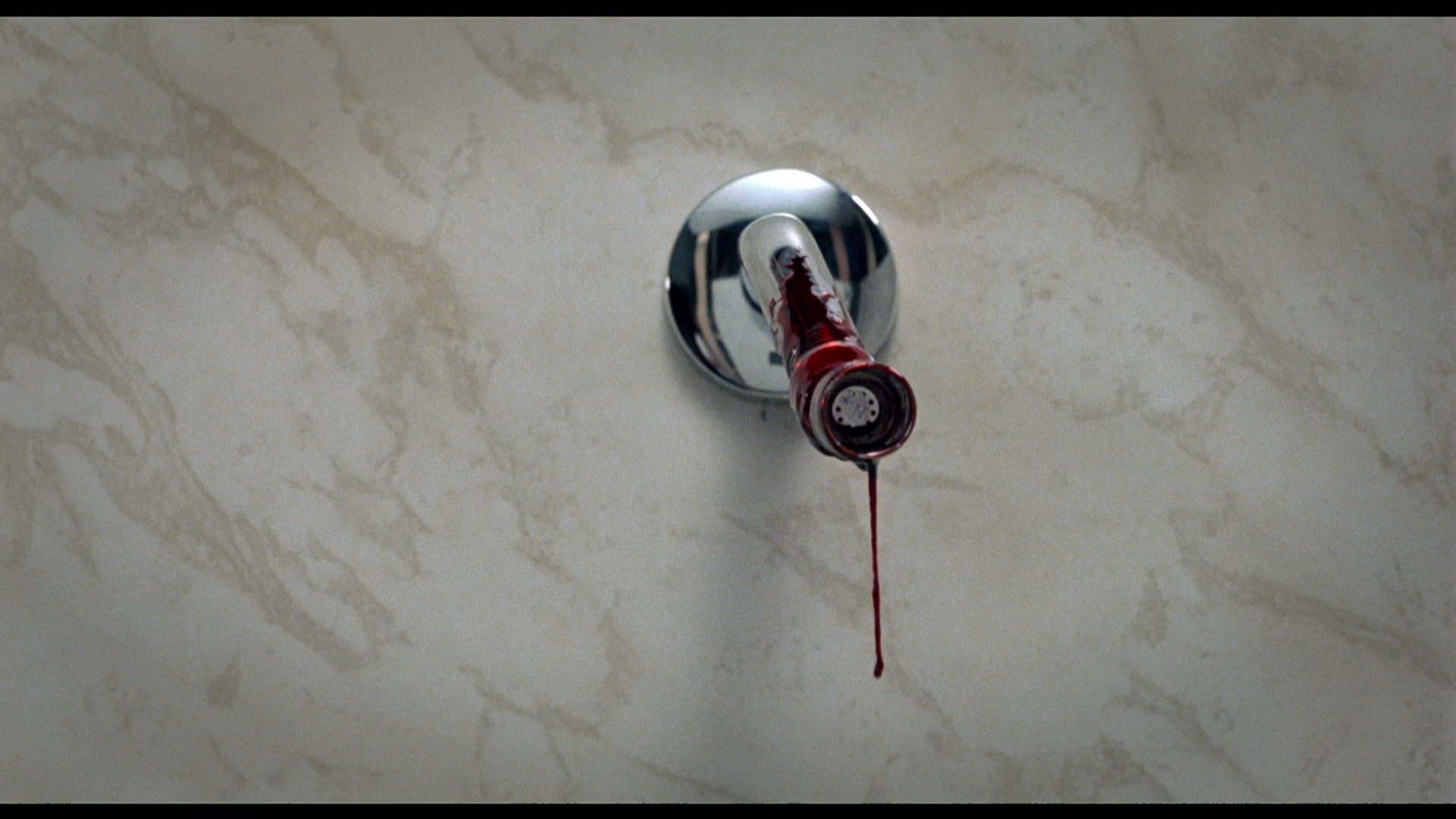 a courtroom trial, religion, and racial tension. This one's interesting for die-hard Tenney fans but tough to watch given the chunky VHS source, stuttery movement in the actual transfer, and wildly out-of-synch sound, so approach with your expectations in check. There's also a fun image gallery of candid production photos from Tenney's career, mostly but not entirely focused on this film. The packaging features a new cover design on the front by Corey Wolfe, but have no fear, VHS hounds; the familiar 1989 artwork is still there on the reverse side if you're feeling nostalgic.