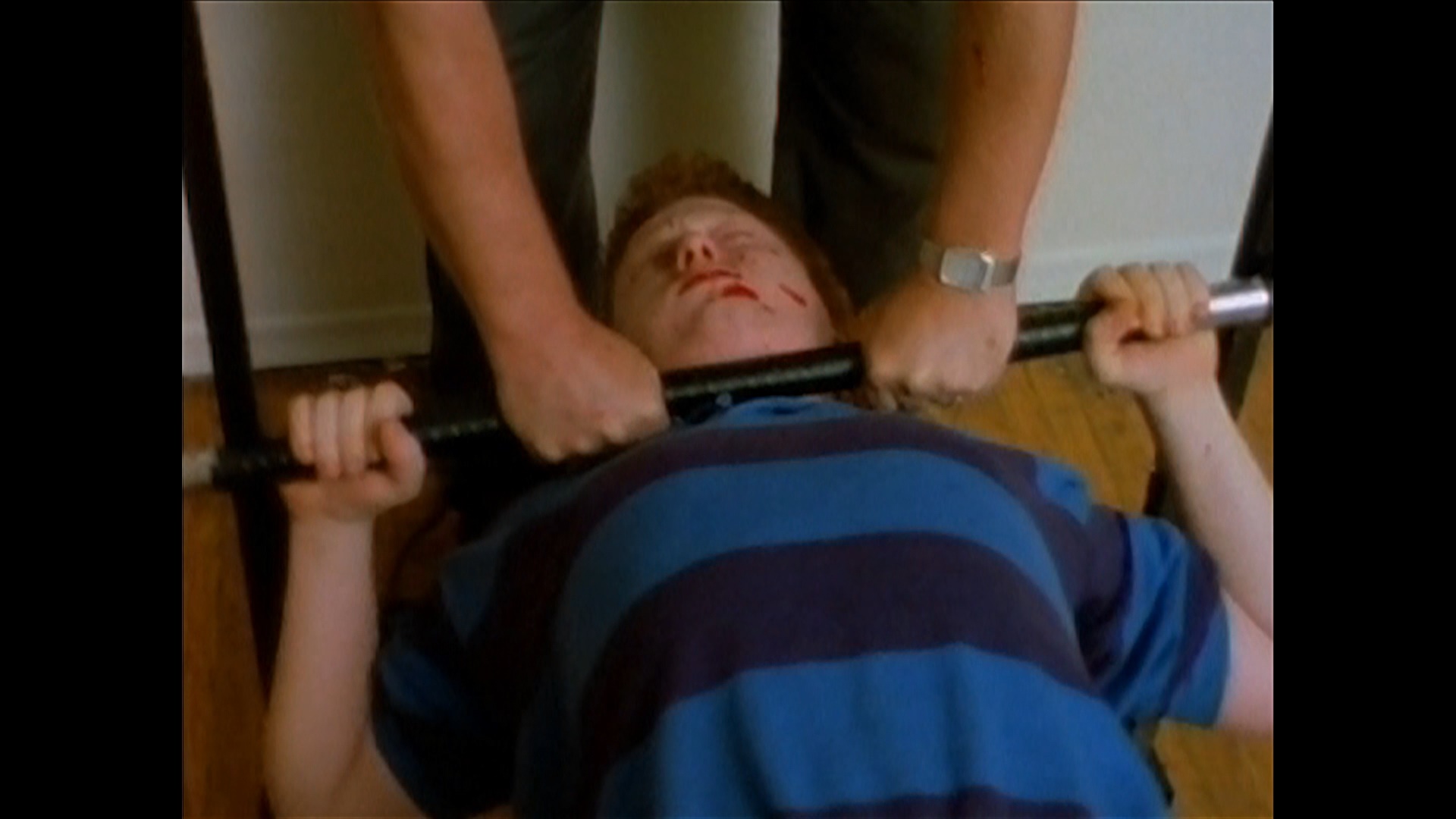 after writing, editing, and starring in 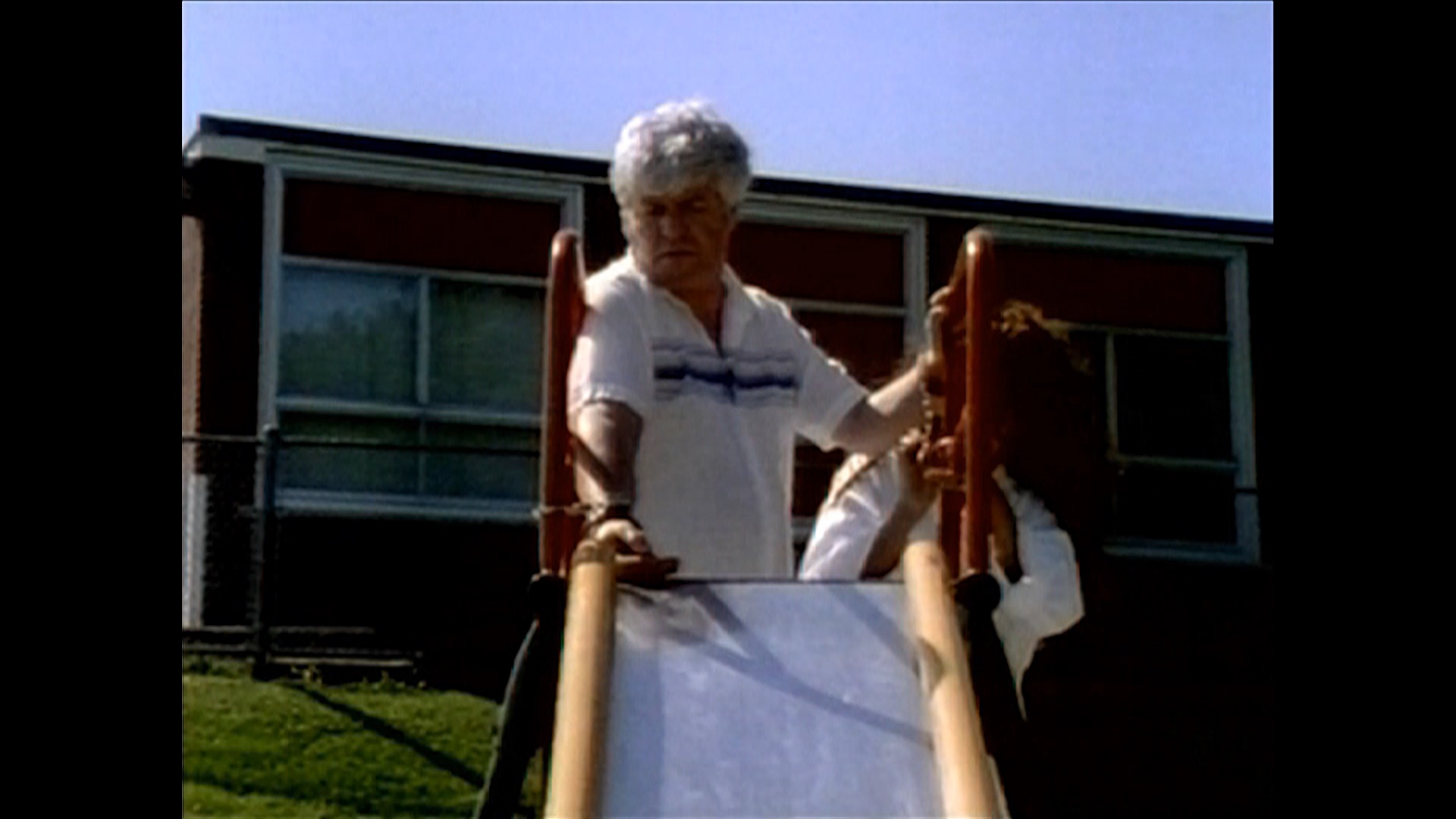 the brain-melting wonder Things, Canada-based Barry J. Gillis made his directorial debut with a film so baffling, insane, and unmarketable that it ended up mostly sitting around on a shelf during the heyday of SOV horror. A nonstop parade of WTF moments, Wicked World is ostensibly a serial killer shocker but certainly doesn't behave like one. Random tangents, insane looped dialogue ("I... hate... swings..."), leering nudity, rock music, gore, and even clips from Things get thrown into the editorial blender, resulting in an experience truly unlike anything else out there.

In "Toronto, Canada, July 21st, 1990," a friendly house party features a couple having sex on a couch in front of everyone to a tune called "Are You Ready for My Gun of Love?" However, in the aftermath the female participant goes off to take a shower while her brother decides he's had enough of this "wicked world" and wastes everyone in the room with a gun. That creates the perfect opportunity for Harold (Platt), a middle-aged guy in a gas mask (credited only as "the killer"), to swoop in and knife the girl in the bathtub, after which he's tormented by frequent graveyard visits and internal monologues about his urge to kill after being released from the Sunnyside Mental Hospital (even following brain operation). From there the film spasms between the killer's heinous crimes (including dispatching a group of teens during a forest swimming jaunt) and his asylum reveries, with a plot of sorts emerging as tormented cop Grant (Gillis himself) tries to get even for the death of his sister by hunting down the lunatic himself. 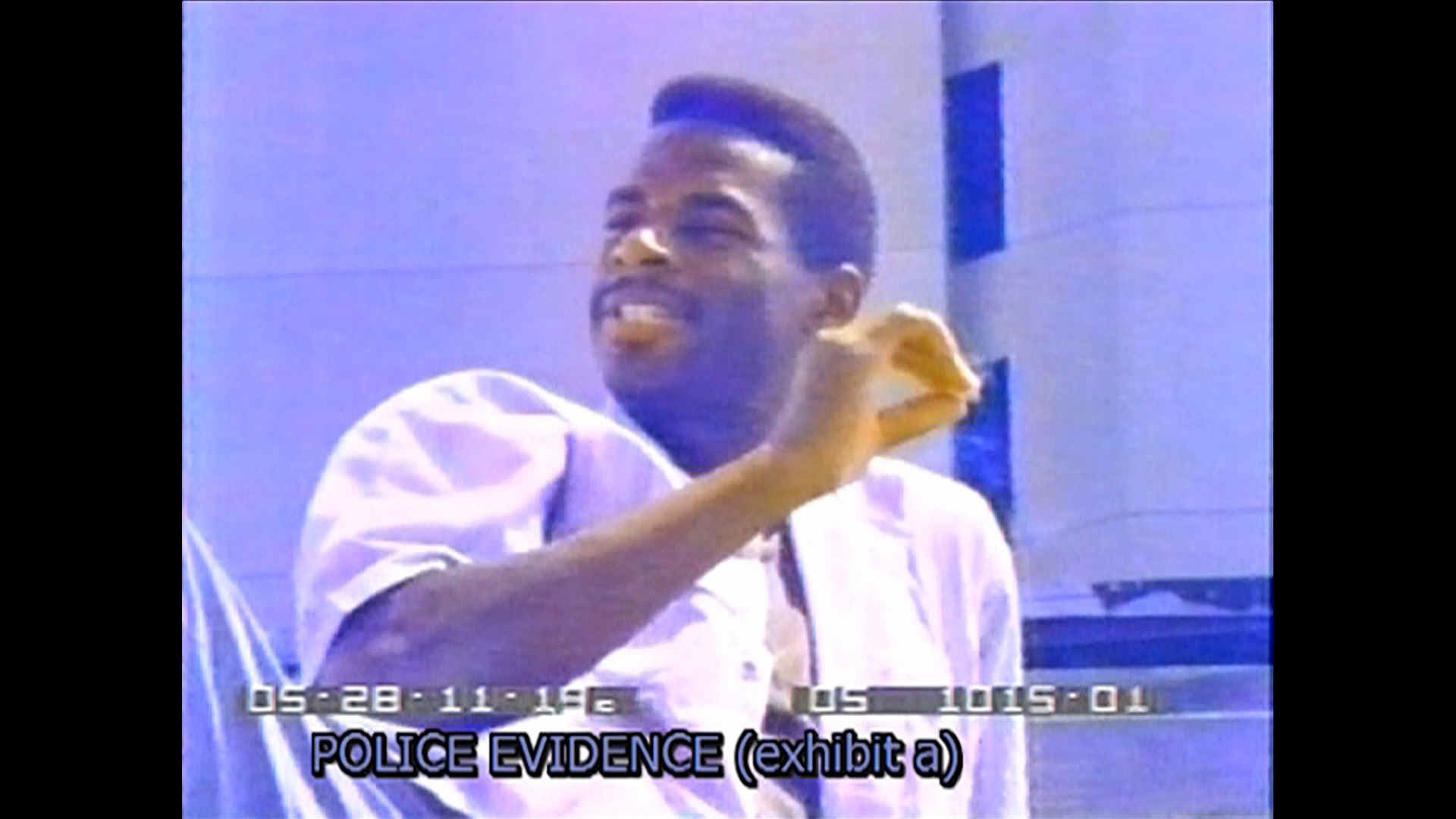 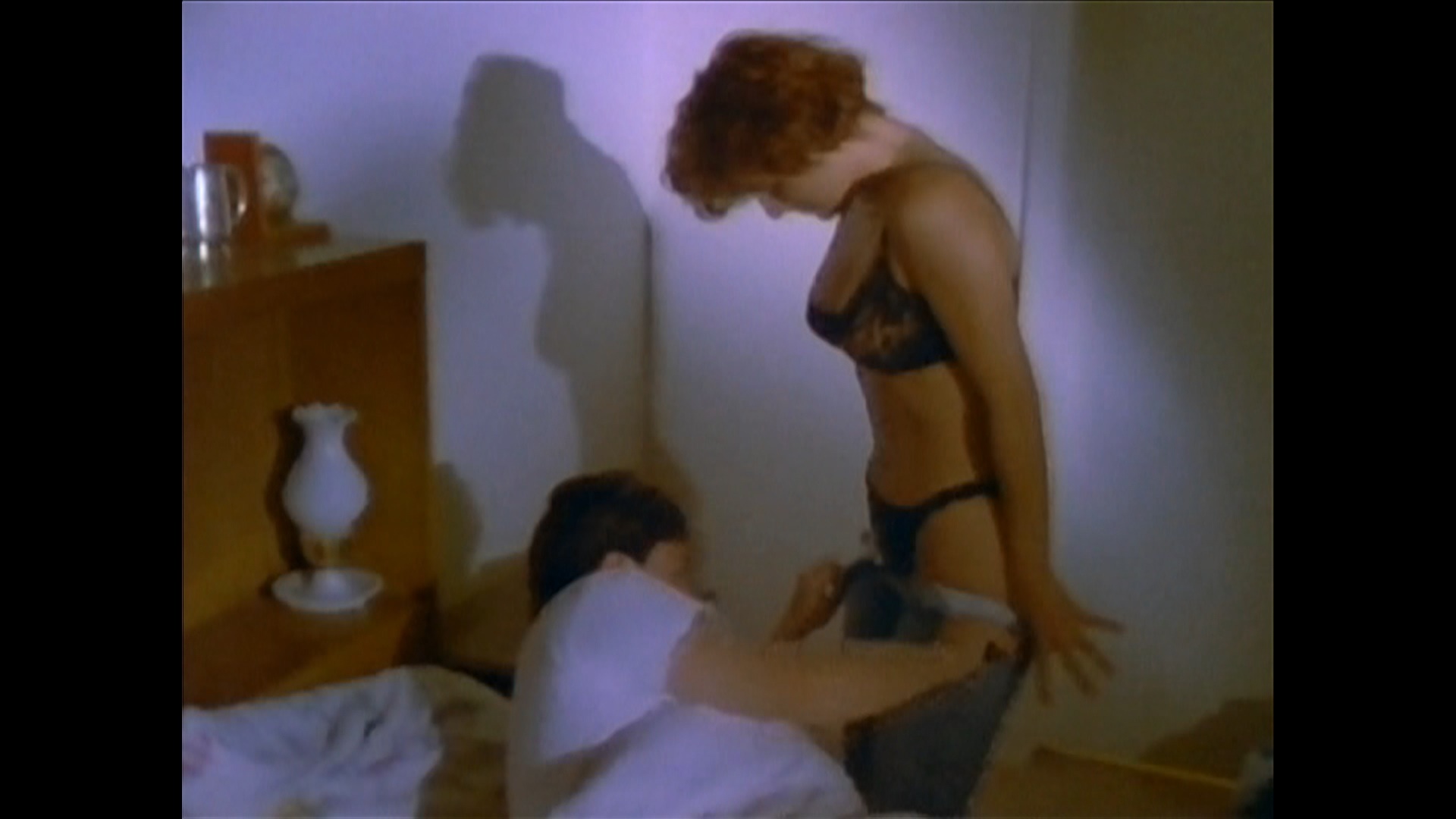 It's really best to experience this one without ruining too much of the experience, though it's also a tough one to even describe. The arbitrary soundtrack, even more arbitrary words superimposed on the screen at occasional intervals, nihilistic message, and ramshackle plotting would be enough to make this a must see among cracked cinema fans, but the amazing thing is that it manages to maintain its level of insanity for 100 minutes without taking a breath. In fact, the film really takes off after the one-hour mark when we're thrown into the Toronto police world including dubbed tirades from the mayor you have to hear to believe and a lengthy "police evidence" montage showing how Grant's career got trashed and exactly what role he played in Harold's hospitalization. In short, just snap this one up and brace yourself.

The fearless team of AGFA and Bleeding Skull, who brought you Blood Lake and Ninja Zombie, have teamed up once again to make you question your moviegoing choices by bringing Wicked World to a dual-format package on Blu-ray and DVD. Of course, that perverse decision is quite in keeping with the nature of the film itself given that it was shot on 16mm and then transferred to video for editing, apparently at a somewhat choppy frame rate in the process. That means this is basically an "it is what it is" type of presentation, with the original cut presented from the original 3/4-inch master tapes and looking fine under the circumstnaces. A new 2019 director's cut (which features a different text intro, some editorial tweaks, and some different music in spots) is also included and runs slightly shorter; it's also had some very substantial grain 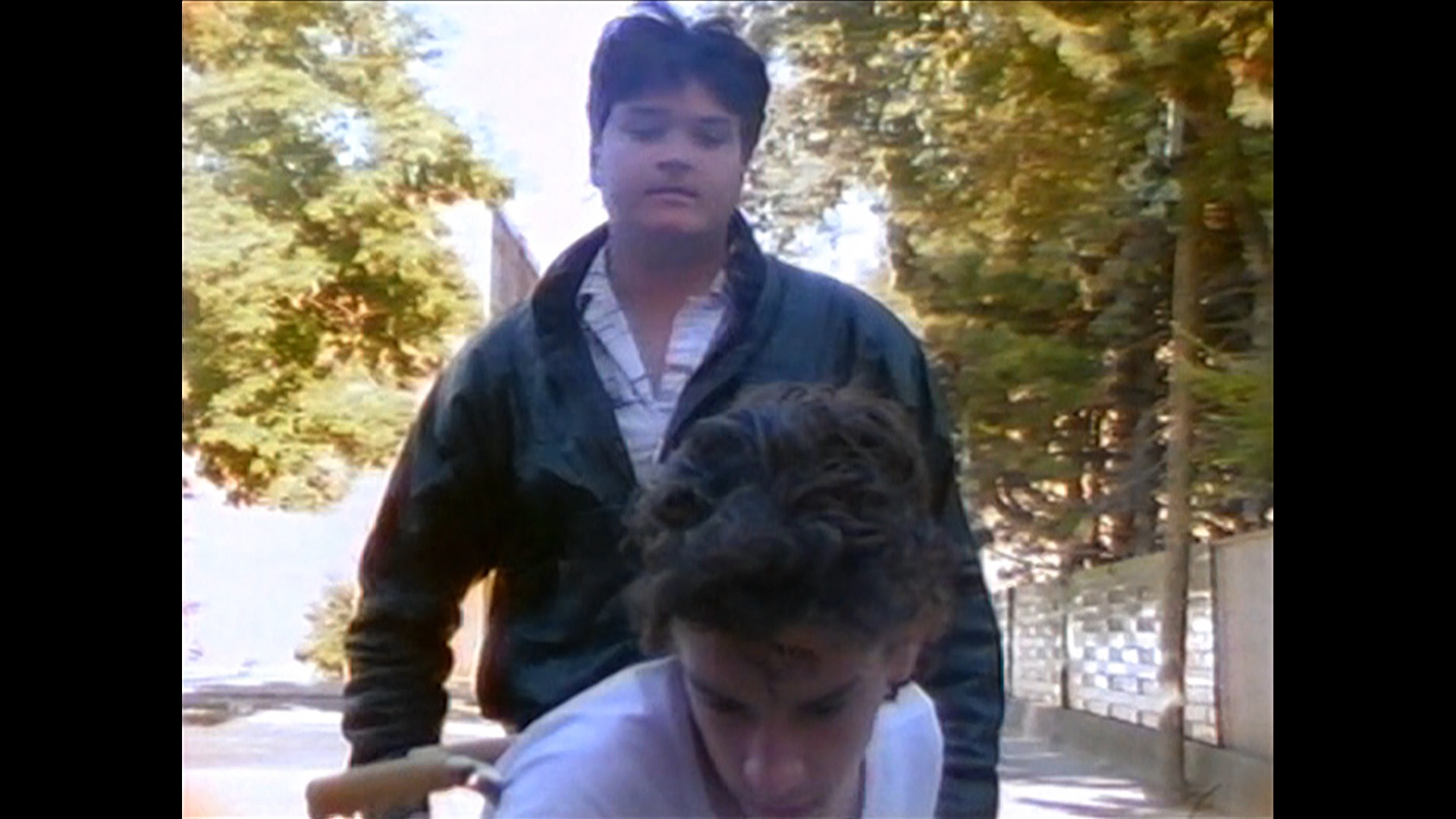 reduction applied and looks extremely soft, so be aware before you watch that option. The DTS-HD MA English stereo track (with optional English subs) features an extreme two- 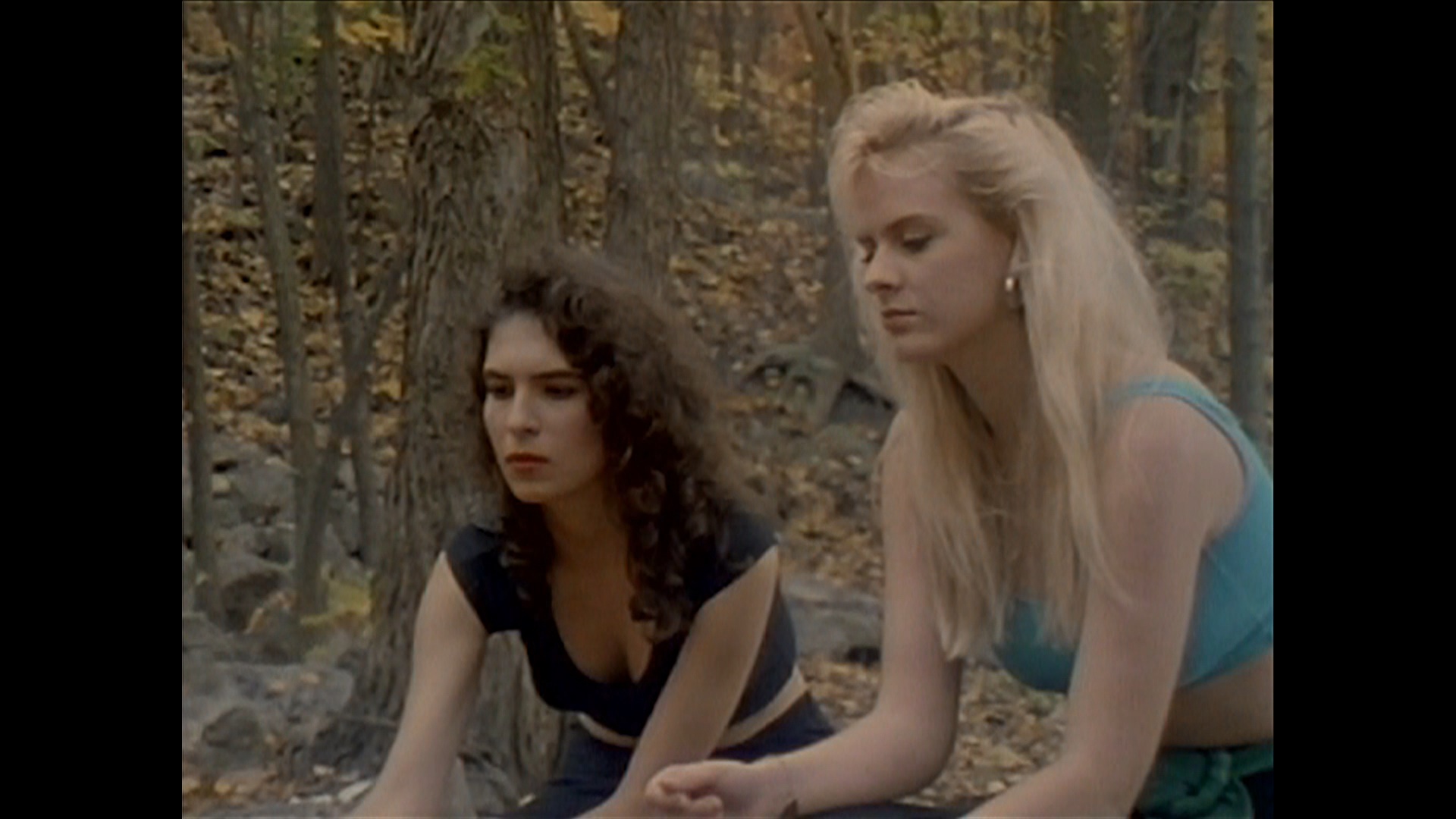 channel mix that plays around with dialogue and voiceover constantly split between the channels. The director's cut centers things more when it comes to primary dialogue and is easier on the ears, though whether that's a good thing will be up to the individual listener. Either way you can easily savor lines like "I'd like to become a famous actress! You can't kill me! I'm too young to die! A model! An actress!" The new, epic "Reality: Behind the Scenes of Wicked World" (60m2s) is a "full-length odyssey" into the making of the film by Gillis, complete with tons of behind-the-scenes footage (in mostly random order) complete with tons of nudity, cranky production crew members, impromptu interview footage and goofing around, and copious coverage of the director in action. An "Excited" music video for the band Mashall Law (who provided multiple tracks for the film) is also included, directed by Gillis as part of the deal to get them on board for the feature. A brief tribute to Platt (2m20s) by his son Stuart notes how happy his dad would be for the film's reemergence, and finally "Tomorrow's Dream" (23m50s) is an enthusiastic, metal-laced interview with Gillis (and the heavily distorted Bleeding Skull gang) chatting to the camera about Things, the release of this very challenging film (including the reason for the screwy sound mix), and his outrageous comeback films like The Killing Games and currently unreleased House of Many Sorrows and Tales from the Dead Zone (which both look like pure, undiluted Gillis, with cast members including Corey Feldman and Ginger Lynn). You also get a plug at the end for AGFA's work on The Dragon Lives Again, because... why not?! 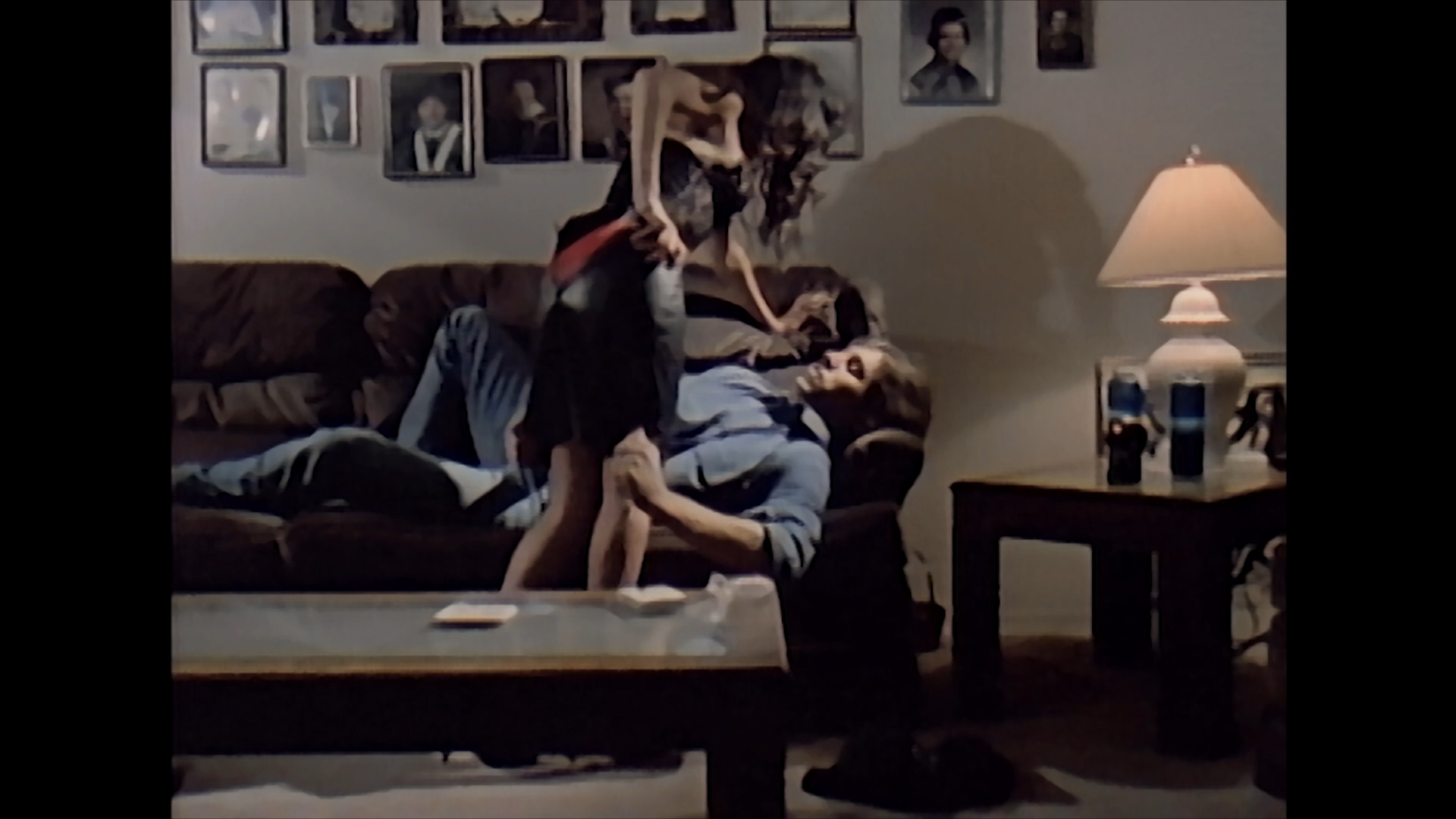 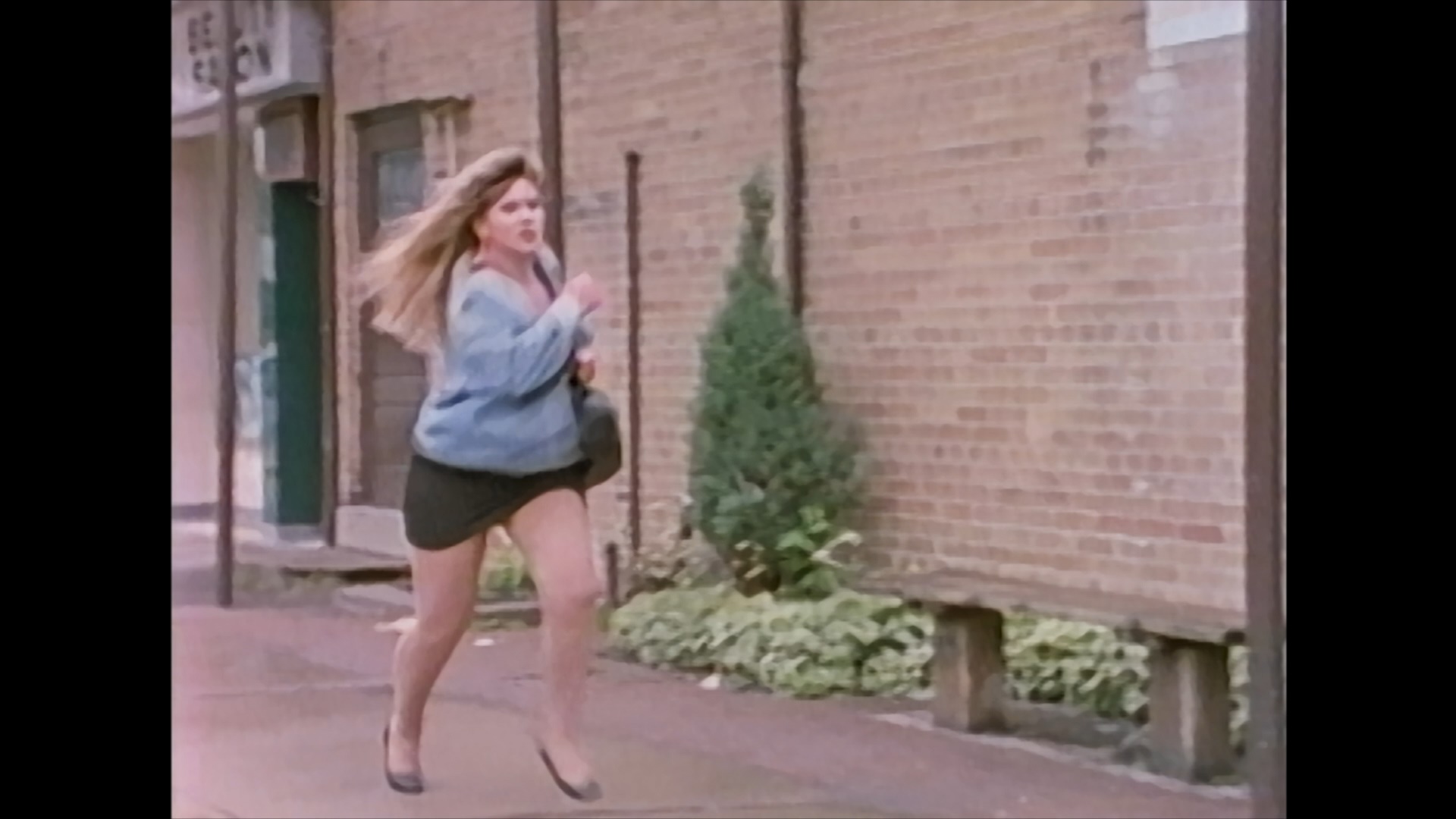 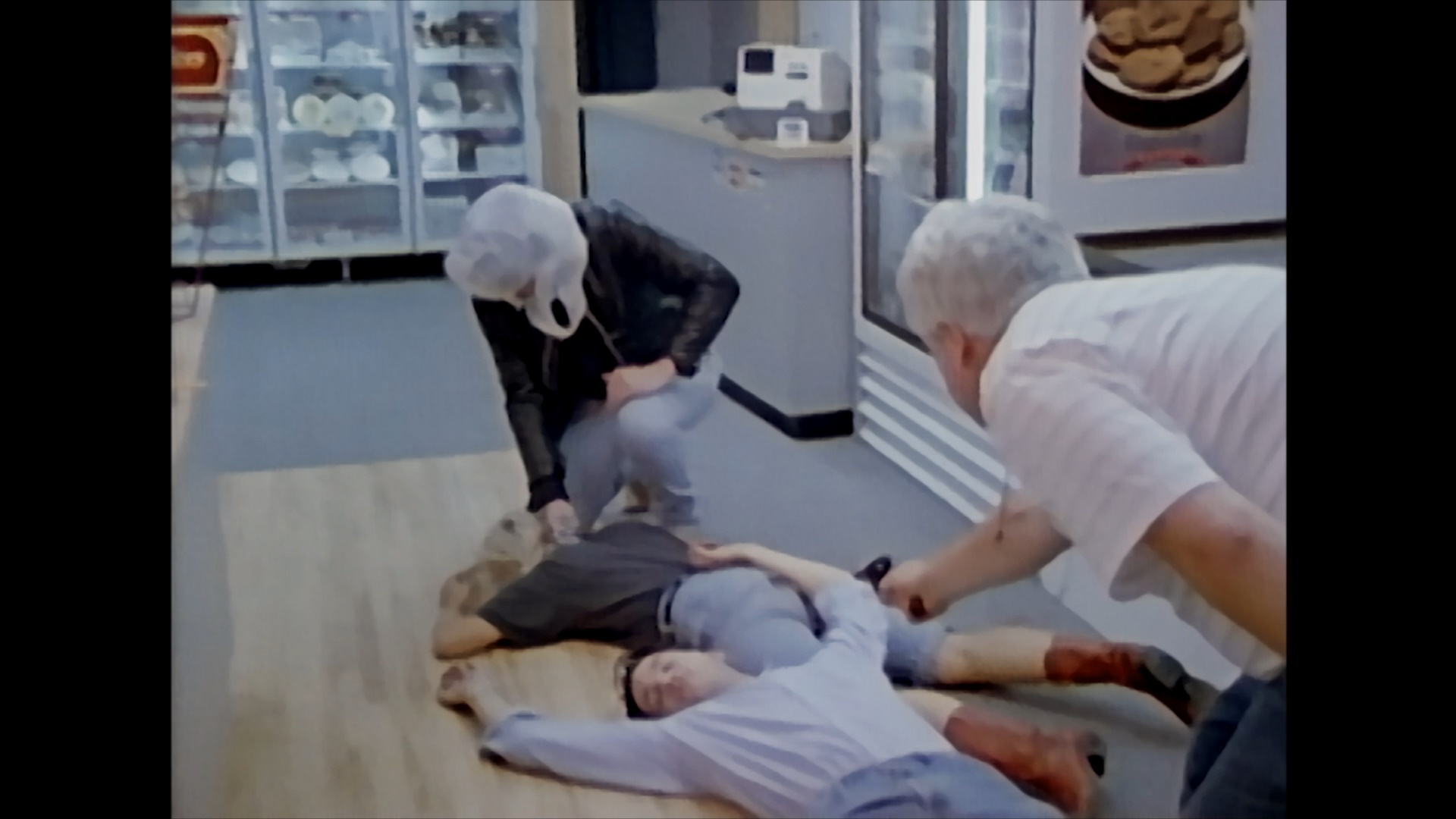 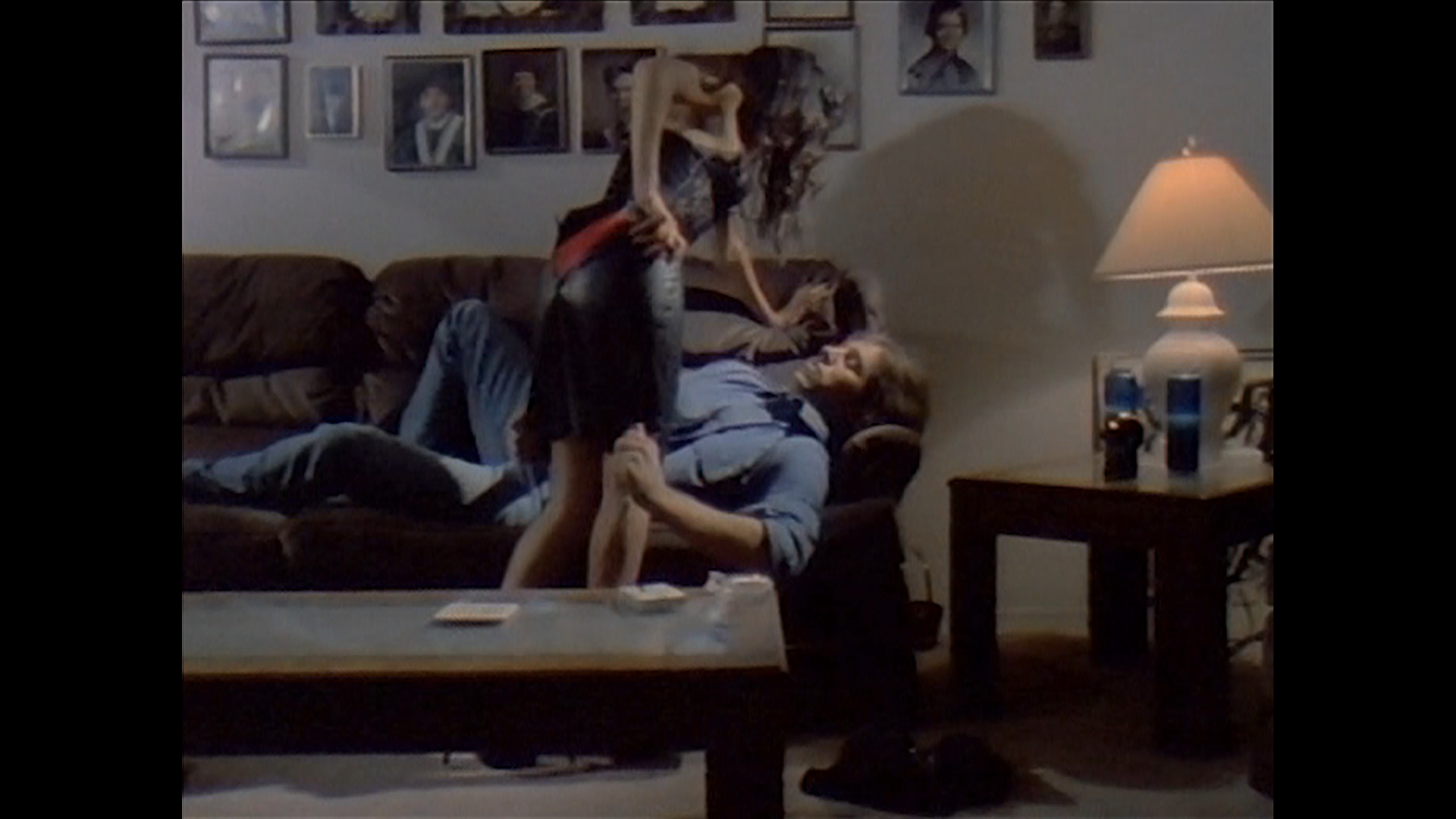 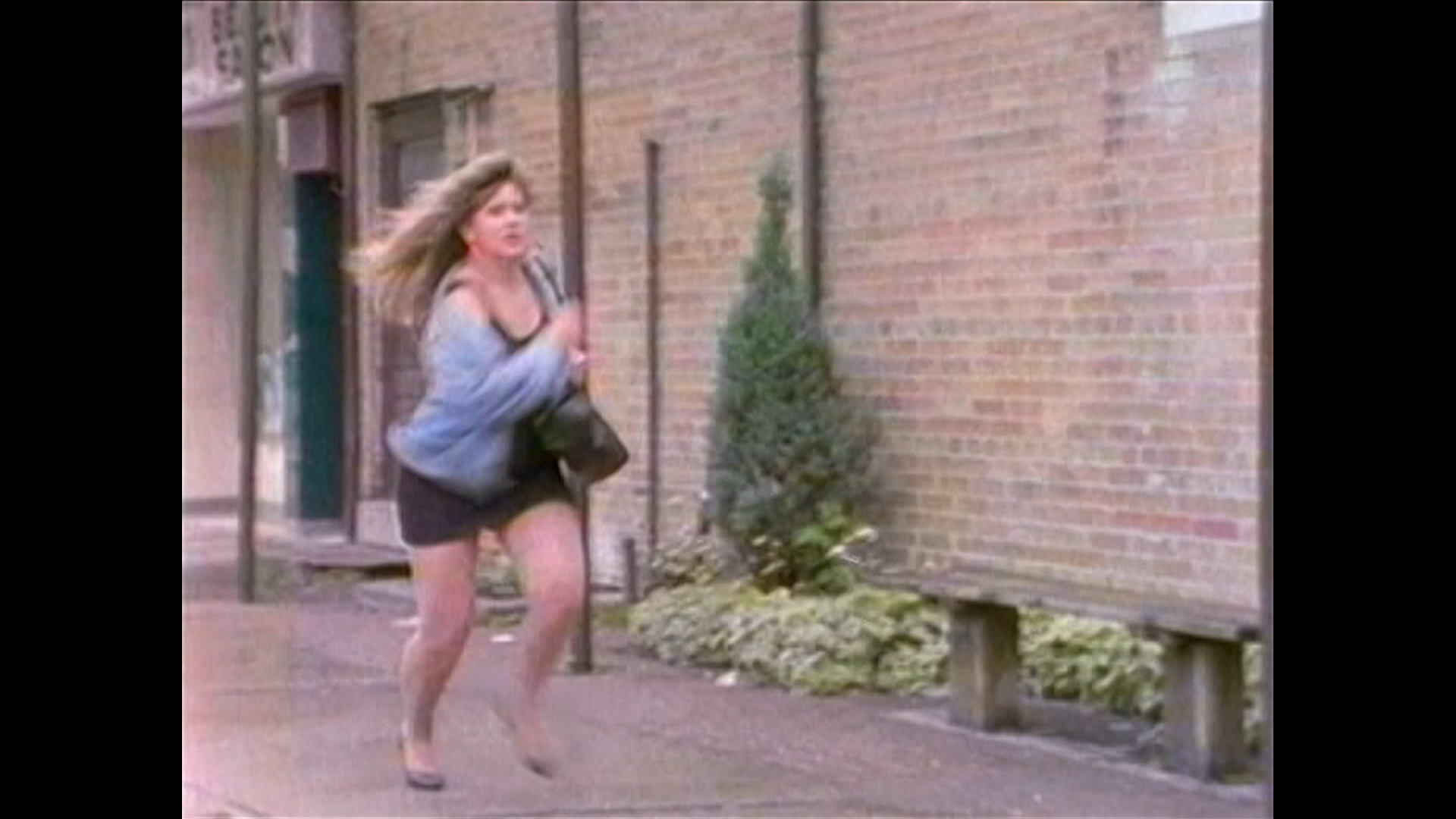 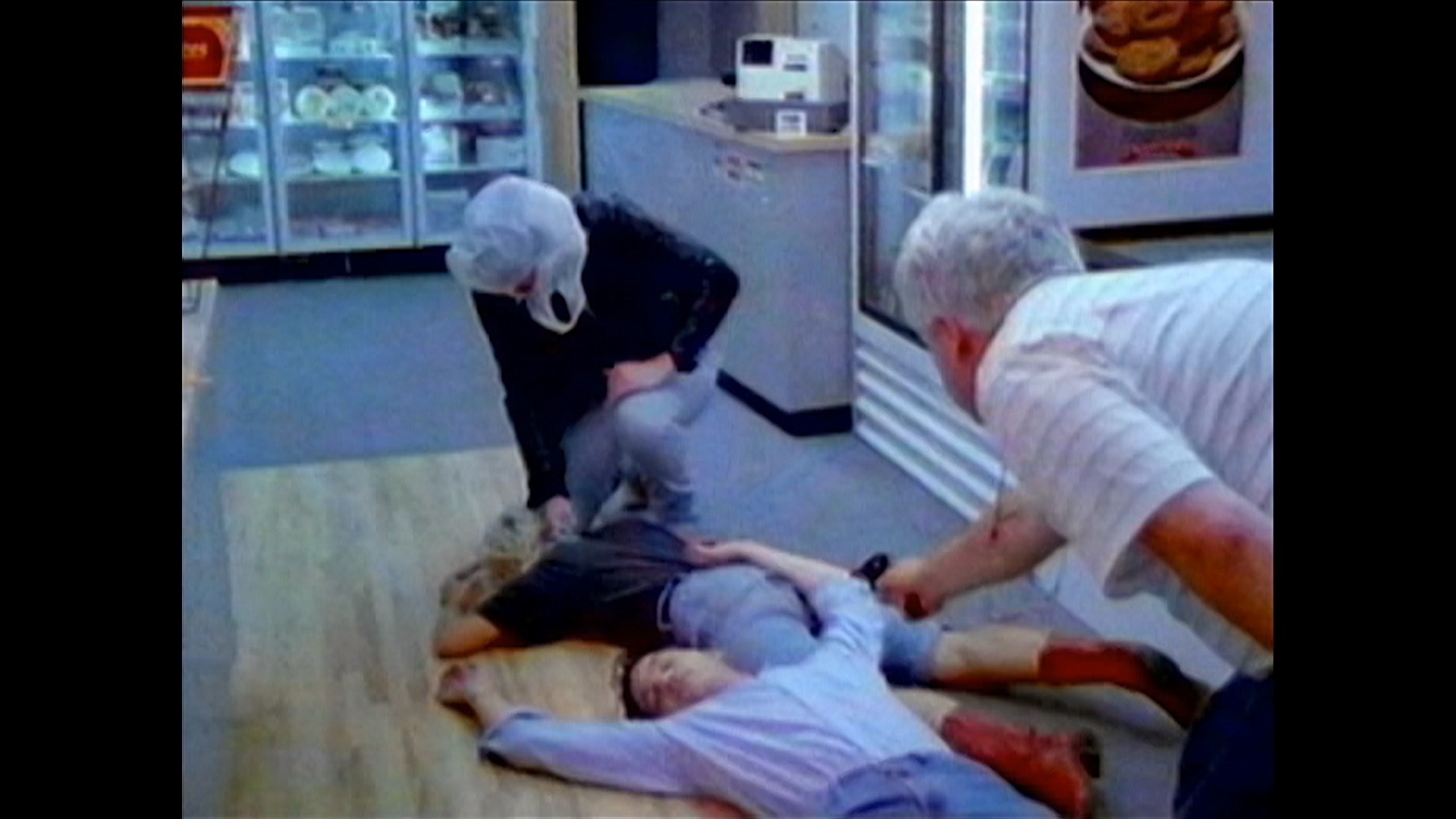