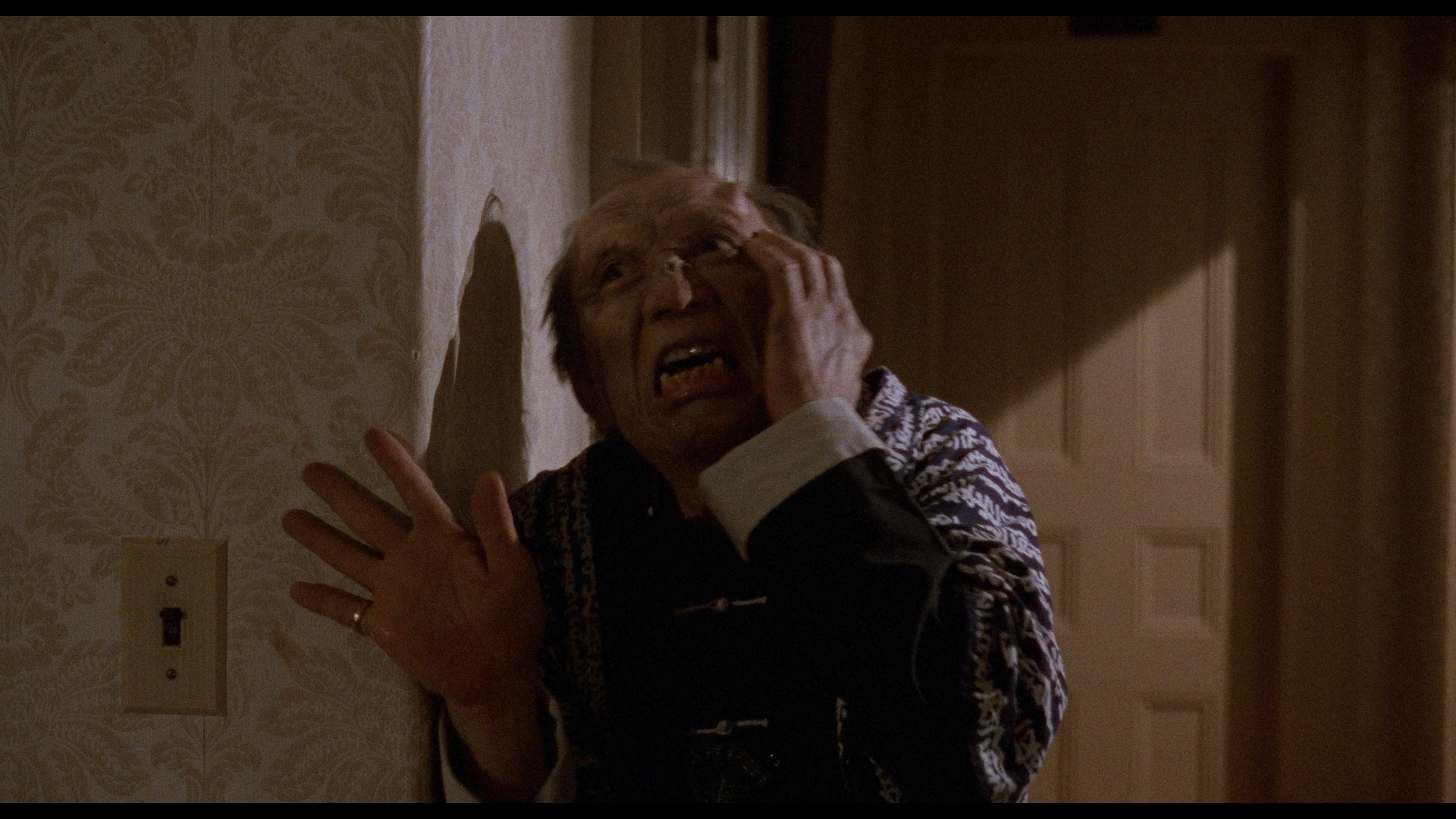 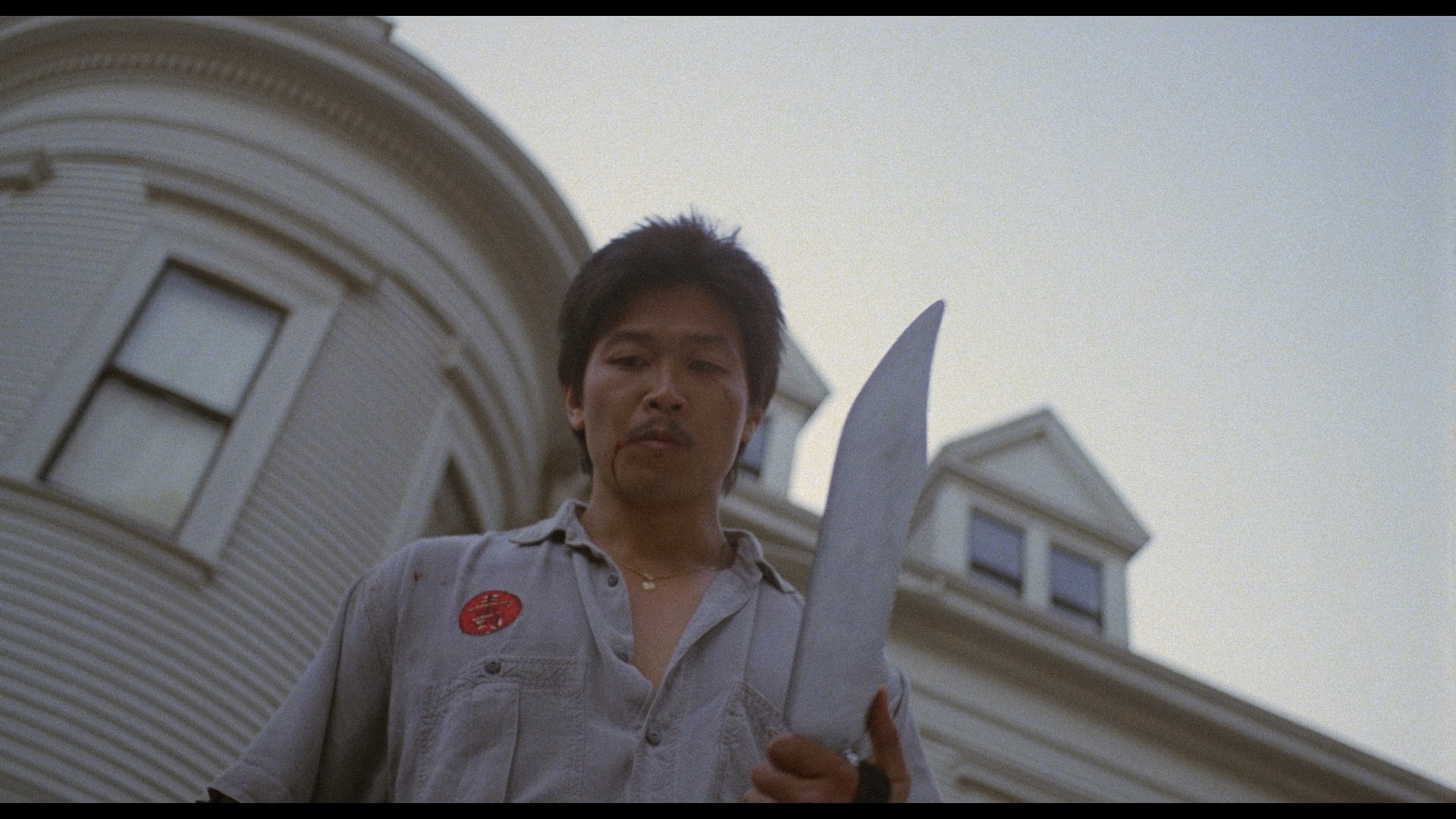 to the director's chair for an unexpected project: The Vineyard, an independently financed monster mash barely released in theaters but stocked in seemingly every video store in America courtesy of New World, still at the height of their horror phase after the success of Hellraiser. Based on the poster art and the basic plot, The Vineyard seems like an Americanized version of the outlandish creature features from Hong Kong (especially Shaw Brothers) with zombies and bugs and sexy women all thrown together with lots of grotesque makeup and zany plot twists. That's partially what audiences actually got, though it also has a strange, druggy California flavor as well that makes the film often seem like it's being beamed in from another planet.

Hong also stars here as Dr. Elson Po, a wine maker and mad scientist who creates his special vino on his own personal island -- which is also populated by some zombies lurking in the bushes and scantily clad women chained in the basement. Po is actually much older than he appears thanks to a special jade amulet he's developed to grant immortality, but that process also requires a steady stream of bloody sacrifices. Enter a bunch of aspiring actors he treats to a masquerade party and a promise of potential wealth and fame, though of course he really intends to milk them for their plasma when he isn't eyeballing the sexiest starlets (including Playboy centerfold and Popcorn actress Witter). Then there's Jeremy (Wong), the bespectacled reporter who's trying to find out what's really going on in Po's island garden of horrific delights.

It's hard to believe a film this nutty actually received any kind of mainstream theatrical distribution, but that was the late '80s for you. Hong was never one for pacing or normal story 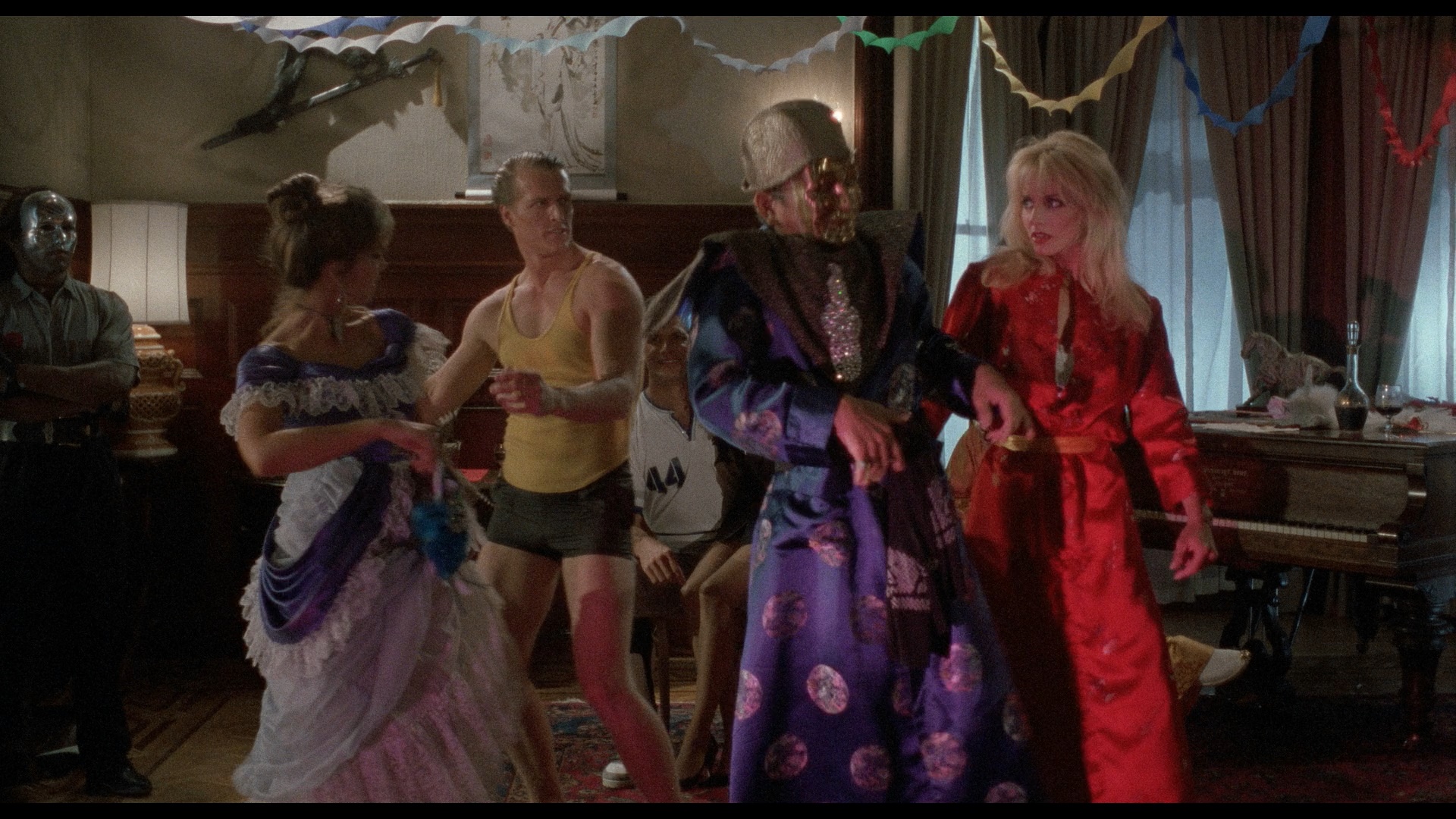 structure based on his two prior films, and that still holds true here as one event lurches to another seemingly on a whim. Zombie attack? Sure! Screaming latex old age monsters? Why not! Gratuitous 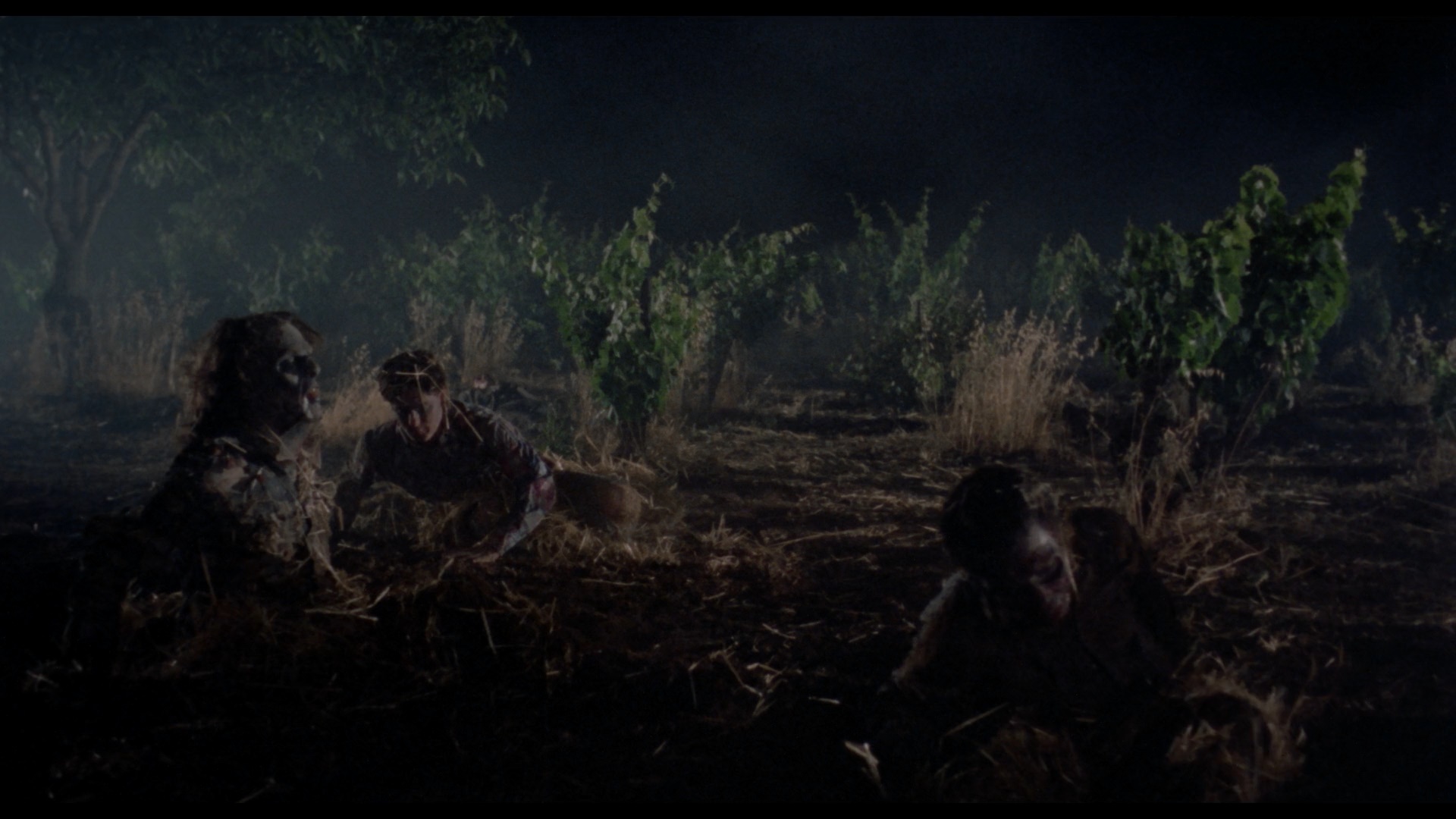 T&A? Of course! Whether the end result actually works will be mostly a matter of personal taste, but it's safe to say that the later at night you view this, the more receptive you'll be to its charms. (A glass or four of wine probably wouldn't hurt either.) In a fun tip of the hat to Asian horror, you'll get some bug trauma as well courtesy of some well-placed worms and maggots as well as a memorable bathroom spider scene that tries to give The Believers a run for its money.

As with other New World titles like Vamp and Dead End Drive-In, The Vineyard has remained steadily available on DVD in both the US and the UK since it first debuted from Anchor Bay and Boulevard respectively in the early '00s. The anamorphic transfer was very colorful and pleasant for the time and still holds up well, also serving as the source for a bare bones 2010 reissue from Image Entertainment and the 2013 version from Arrow, bearing the brand of its short-lived, DVD-only Arrowdrome line. Also included in that release are the theatrical trailer (which is very, very New World) and a liner notes booklet by Calum Waddell.

In 2019, Vinegar Syndrome gave the film its Blu-ray bow as part of a dual-format release (with a DVD) that also contains a nice slate of extras to give this one some much-needed context. "Welcome to the Vineyard" 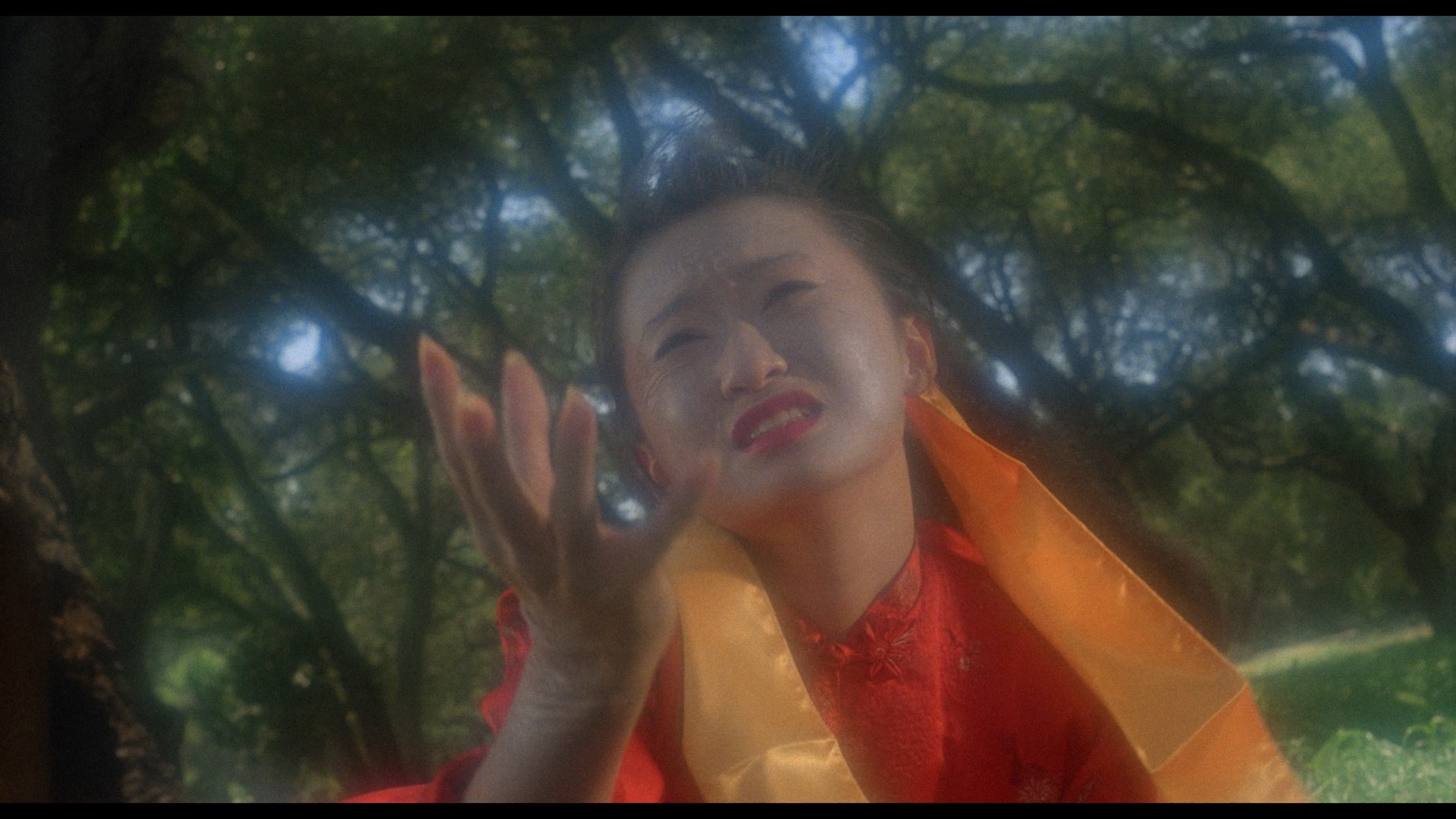 (19m27s) is a great chat with Hong and producer/actor Harry Mok, who cheerfully talk about mounting the film (a rarity at the time thanks to its Asian leading men, making this "the horror version of Crazy Rich Asians"), using the low budget to their advantage in a few scenes, going a bit overboard with the sex scenes, the botched 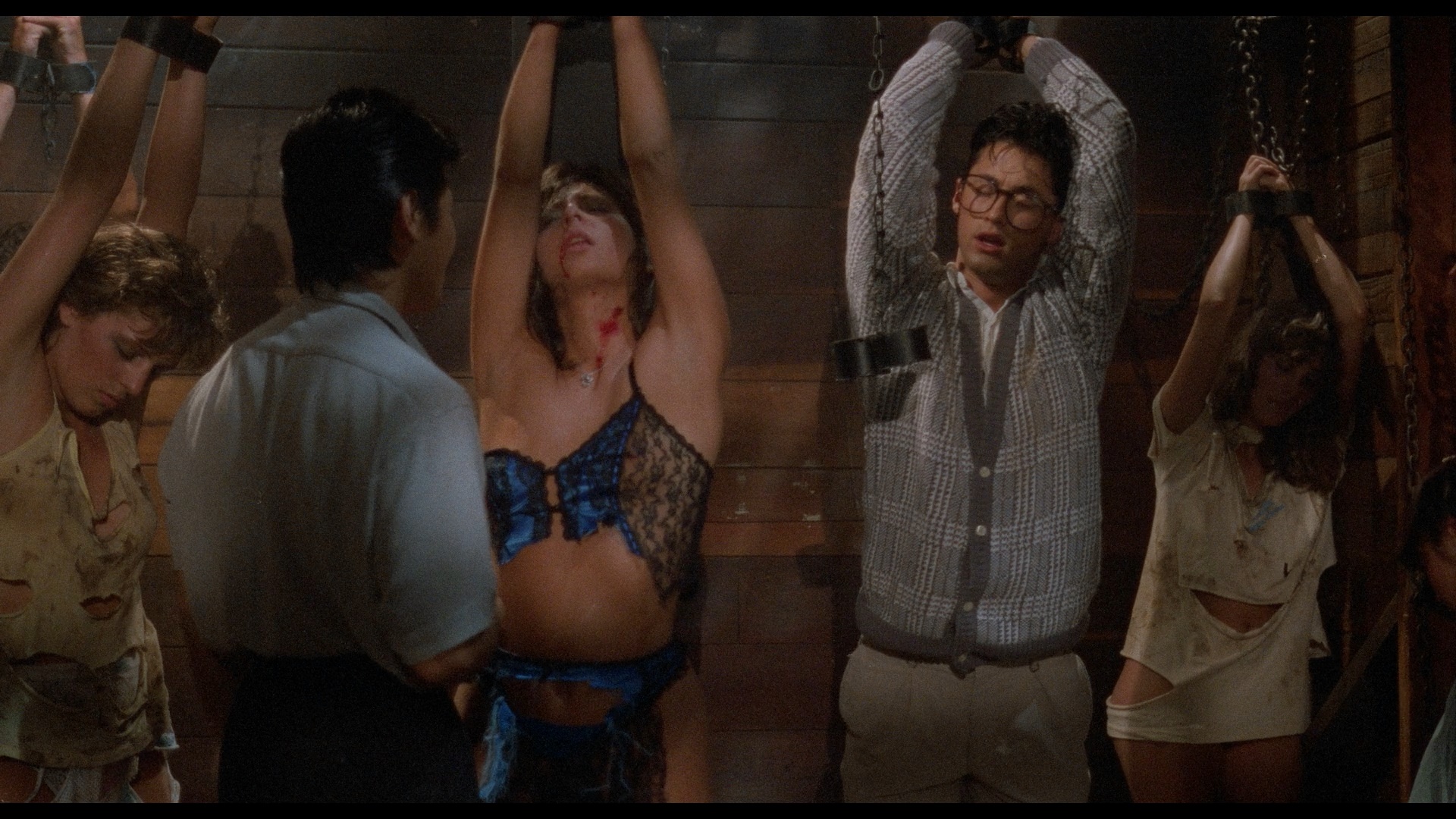 theatrical release including a trial run in Atlanta, and the Bugs Bunny impression that led to Hong's dive into acting. In "Zombies from San Jose" (12m16s), co-director William Rice explains how he came aboard the project, praises the speedy director of photography, and goes through the division of duties he shared with Hong, while the cinematographer himself, John Dirlam, appears in "Sacred Earth and Restless Souls" (16m52s) chats about getting his first gig while still in film school and jumping on this enthusiastic production with plenty of opportunities to create texture and visual interest out of minimal resources. The transfer itself easily obliterates past versions courtesy of a new 4K scan from the original camera negative, with excellent detail and perfect colors throughout; even the darkest and foggiest scenes now look beautifully clear and legible. The trailer is also included in a gorgeous new HD scan. The DTS-HD MA English stereo track is also in great shape and comes with optional English SDH subtitles.