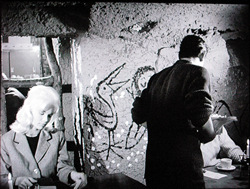 As you can probably deduce from the title, this story of a girls plunge into disrepute is very much a product of its time. The girl of the title is Eva (Rose-Neil), an Austrian tease who hits an early 60s London nightclub and has no problem using her charms to pry whatever she needs from any men in sight. Shes really more clueless and impatient than malicious, though, and when a fellow clubgoer named Max (Jarvis) doesnt have the social status or cash to keep her interested, Eva flits like a butterfly from one prospect to the next including an older man, Elliott (Burton), who turns out to be not quite what she expected. 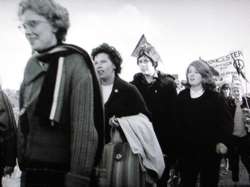 Exactly the kind of film the BFI has made a specialty of salvaging with their essential Flipside line, That Kind of Girl is fast-paced, pulpy pleasure from the jazzy opening frames to the harsh, somewhat twisted finale. The monochromatic photography looks terrific, delivering a pleasing succession of striking shots as Eva ambles her way through an urban wonderland that turns out to be fraught with peril. 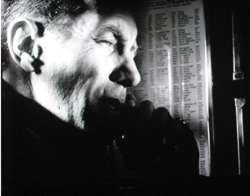 The BFI release on DVD and Blu-Ray transferred from the original negative is a real eye-popper and proof positive of how much a solid HD presentation can enhance the impact of a black-and-white film; in fact, the thought of one of its contemporaries like Beat Girl getting the same treatment is enough to make any cult film fan dizzy with delight. Some very minor hairline scratches pop up here and there, but 99% of the film looks terrific. The mono soundtrack is also clear and devoid of any noticeable faults. In the extras department, the theme of sin and punishment continues with The People at No. 19 (an 18-minute short about the extreme consequences of infidelity), No Place to Hide (a documentary short about an anti-nuke rally similar to one seen in the main feature), and an additional half-hour ban the bomb rally documentary, A Sunday in September, covering a real protest in London (including Vanessa Redgrave before she became the face of 60s London highbrow beauty in Blow-Up as well as Doris Lessing and John Osbourne). More recent is a new 14-minute interview with producer Robert Hartford-Davis (future director of Corruption, Gonks Go Beat and The Black Torment), who talks about the films relevance to a number of issues at the time and his memories of working with the cast and crew. The obligatory booklet contains notes by director Gerry OHara (this was his debut film before moving on to more sexy fare like The Bitch and another BFI title, All the Right Noises) and film writer Cathi Unsworth plus the usual helpful production and cast tidbits of information.