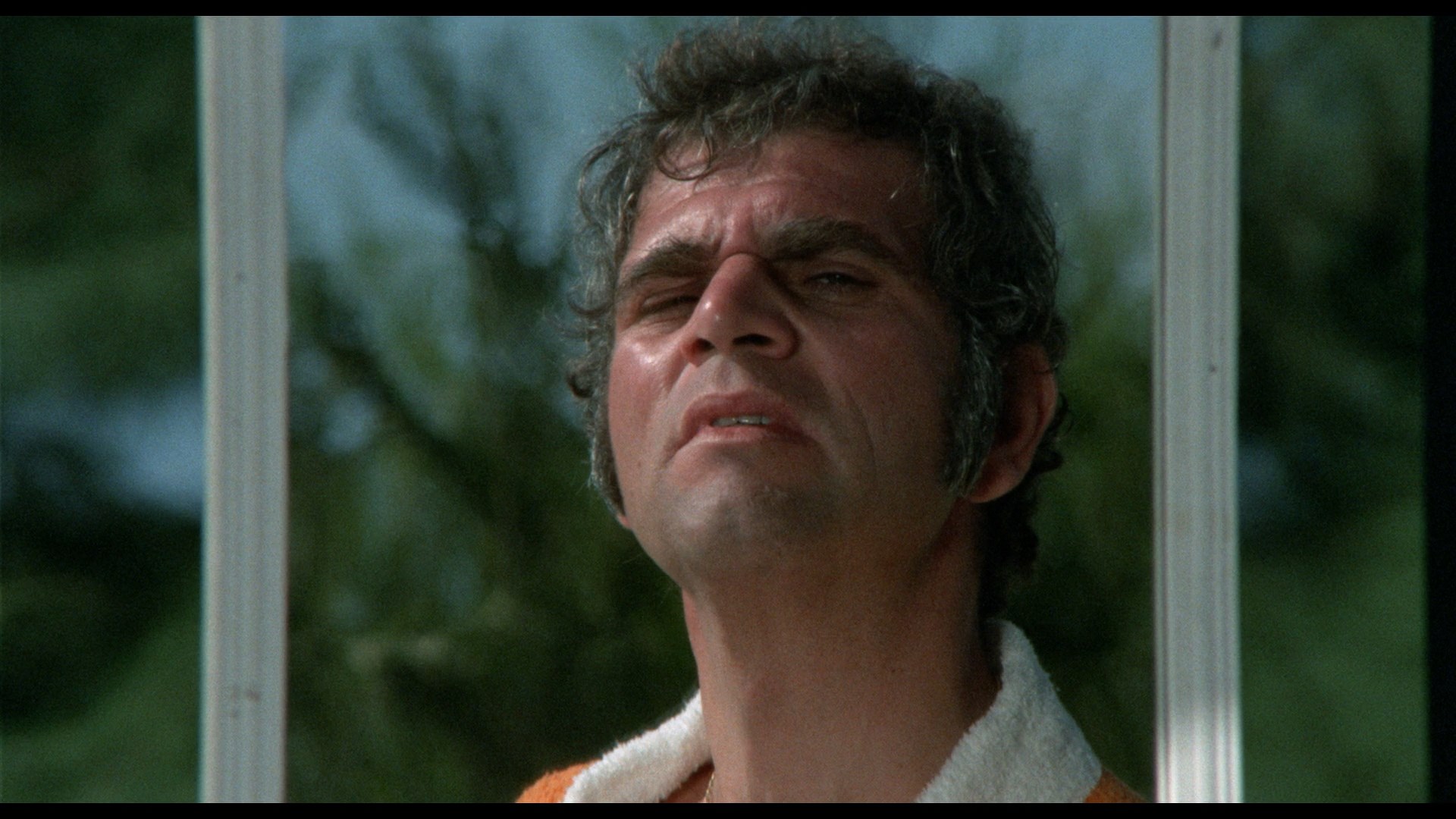 Few exploitation filmmakers knew their way around Florida like Bill Grefé, the director/writer/producer behind such films as Death Curse of Tartu (mummified witch doctor attacks Florida), Sting of Death (jellyfish man and Neil Sedaka music attack Florida), and The Hooked Generation (drug dealers attack Florida). However, one of his most successful and accomplished films was 1972's Stanley, an early entry in both the nature amuck and telekinetic mayhem cycle of the '70s. Preceded by Willard but followed by films like Jennifer and Food of the Gods, it's very low budget of course but quite entertaining if you're in the right frame of mind and willing to go along with its lazy southern charms. 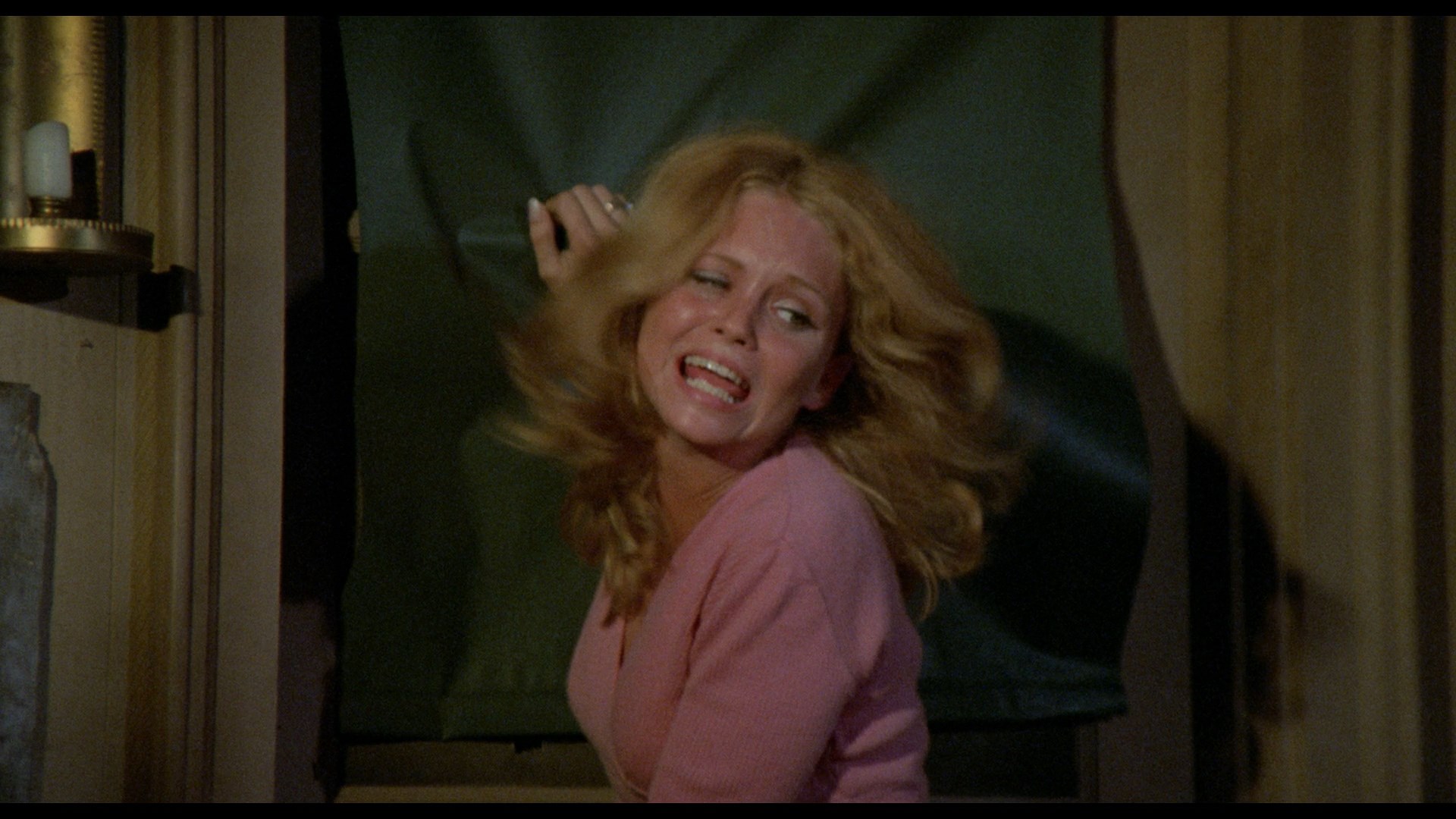 Seminole war vet Tim Ochopee (Revenge Is My Destiny's Robinson) lives deep in the swamp where he harvests medical venom from his pet snakes, whom he regards as friends and even dresses up for commitment ceremonies. On the side he also leases them out for burlesque shows, but a local shady businessman named Thomkins (Rocco) kicks off a chain of scaly retribution when he decides to poach snakes from Tim's property to make his sleek like of snakeskin belts. Then the strippers get in on the snake abuse act by biting Tim's pals onstage, which puts further fuel on the fire. Soon locals are dropping dead left and right from snake-induced causes with Tim controlling the male leader of his pack, Stanley, to an explosive end.

Like most of the director's films, this will never be mistaken as great art by a long shot; the camera work is about as simple as fellow Florida drive-in veteran H.G. Lewis, and it has that oversaturated, grungy look familiar to anyone who's stumbled into another Grefé special like Mako: Jaws of Death. Really it's all about the atmosphere and the death scenes, with enough dead air in between to let drive-in patrons run out to get a refill on their soda and popcorn. Whether it's a guy drowning in quicksand (with a fun POV shot underneath) or another getting a nasty surprise in his swimming pool, it's a disreputable little number with some of that awkward 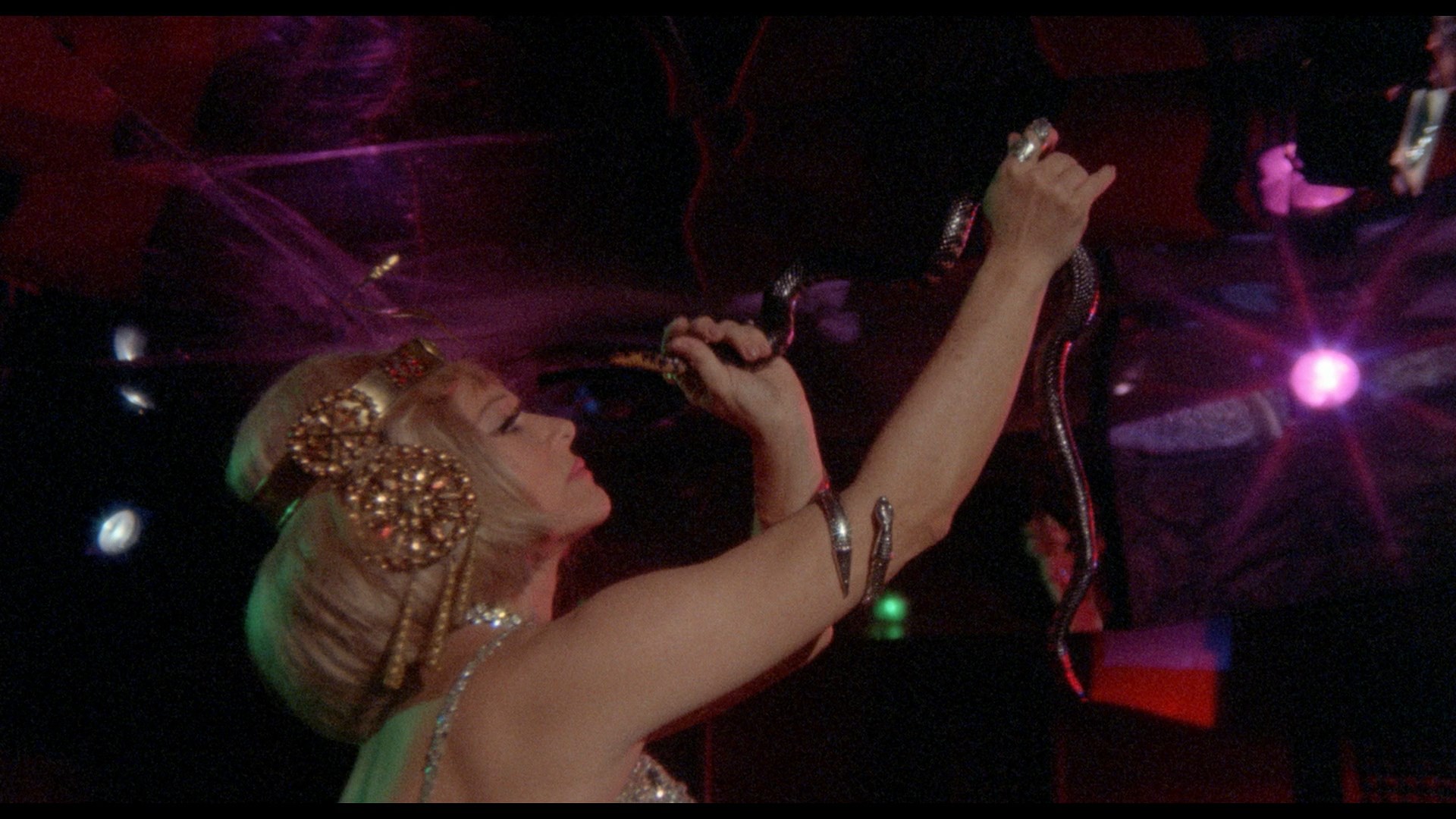 American-style casual animal violence also found in, well, Food of the Gods. It looks pretty appalling now, of course, but at the time no one really batted an eye. Of course, compared to the outrageous mayhem committed on the slithering cast members in a number of later Hong Kong films, it looks downright innocuous. 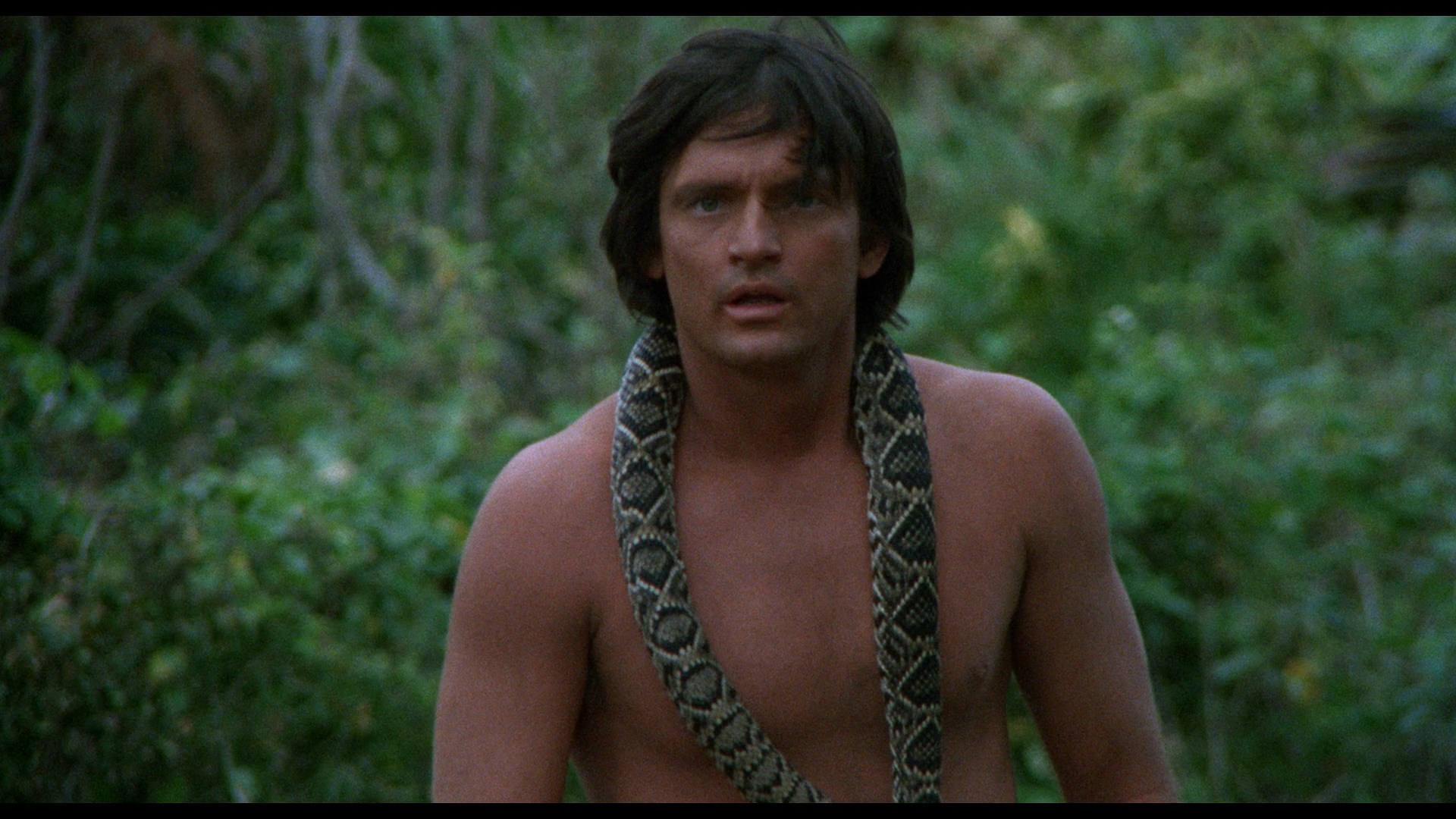 ver happened), who was rapidly winding down at the time its 2008 special edition hit the shelves. Few retailers stocked it at all, and even online outlets had trouble getting it out to customers. The Code Red reissue (sold directly from the company) brings it back into circulation with the same extras (and fun menu design) intact, with Grefé offering a quick video intro and turning up for many of the supplements. He guides an audio commentary from start to finish solo and covers everything from the initial story inception to scouting locations and finding cast members, along with the obligatory stories about snake wrangling. Screenwriter Gary Crutcher turns up for a second commentary and has some hilarious anecdotes about the film, especially his small appearance as a doctor that resulted in numerous retakes until his prescription pad almost ran out. Both of them return with Robinson and actor Steve Alaimo for the lengthy (over 40 minutes!) "Dark Side of Eden" retrospective, which mixes (oddly 4:3) clips from the film and making-of footage with new interviews about the more memorable scenes including a description of how Grefé himself had to step in with the camera for that big quicksand shot when no one else would do it. Robinson, Crutcher, and Grefé appear for a much rougher Q&A at the New Beverly following a screening of the film, which basically recaps much of the material from elsewhere on the disc but has a few interesting (and sometimes awkward) moments with the audience's input. Finally you get a stills gallery and a quick three-minute tour with Grefé called "Stanley Revisited" in which he shows off the current state of the Miami studio and swamp locations where it was originally shot. As for the transfer itself, it's about on par with the rest of Grefé's work on DVD; it's certainly way better than it was treated on VHS with pleasing (slightly opened up) 1.78:1 framing and those gaudy South Florida color schemes, along with the sometimes soft and murky texture found in film stock of the time. If you're a fan of '70s animal attack films, this one's an easy recommendation.