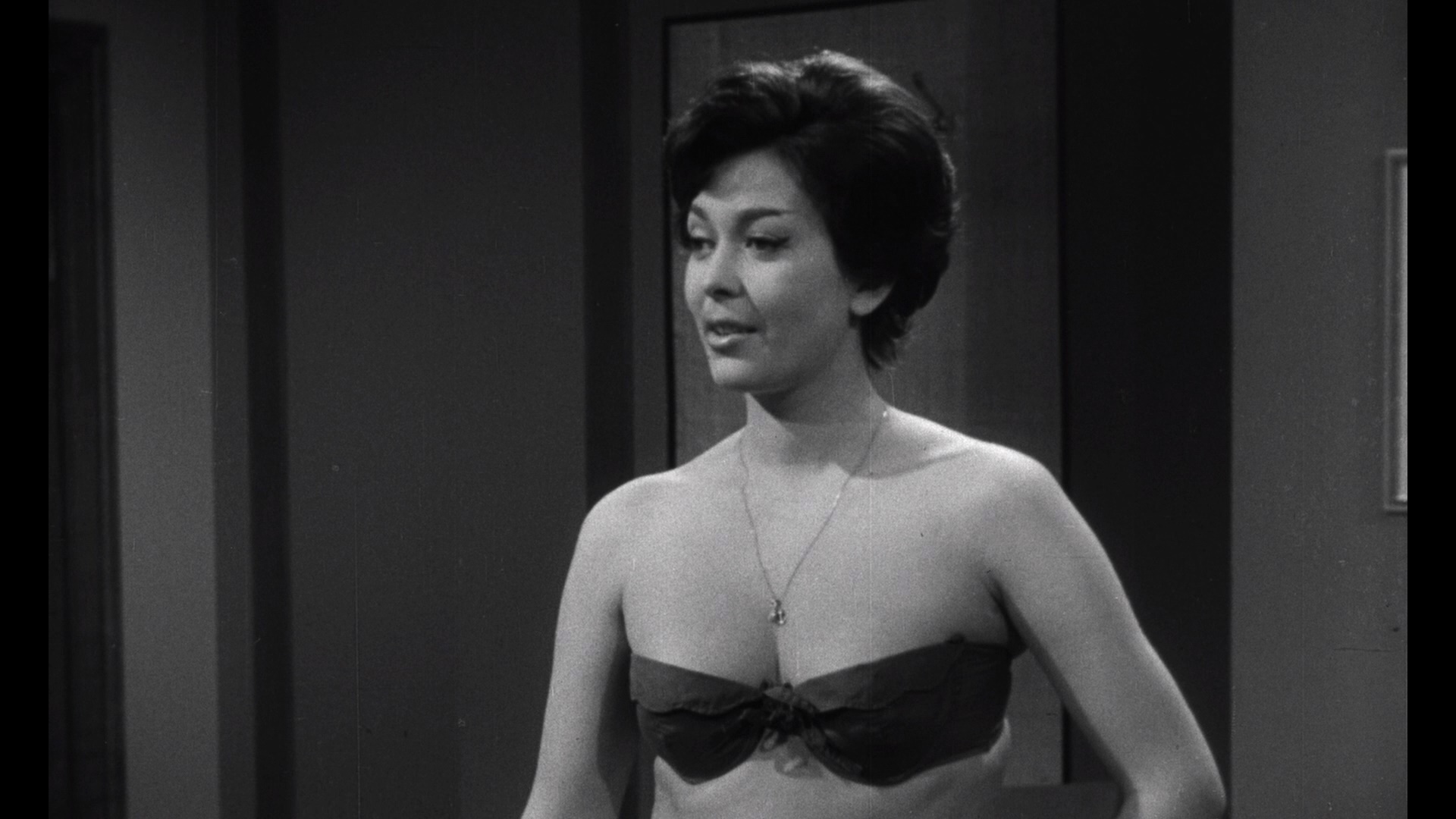 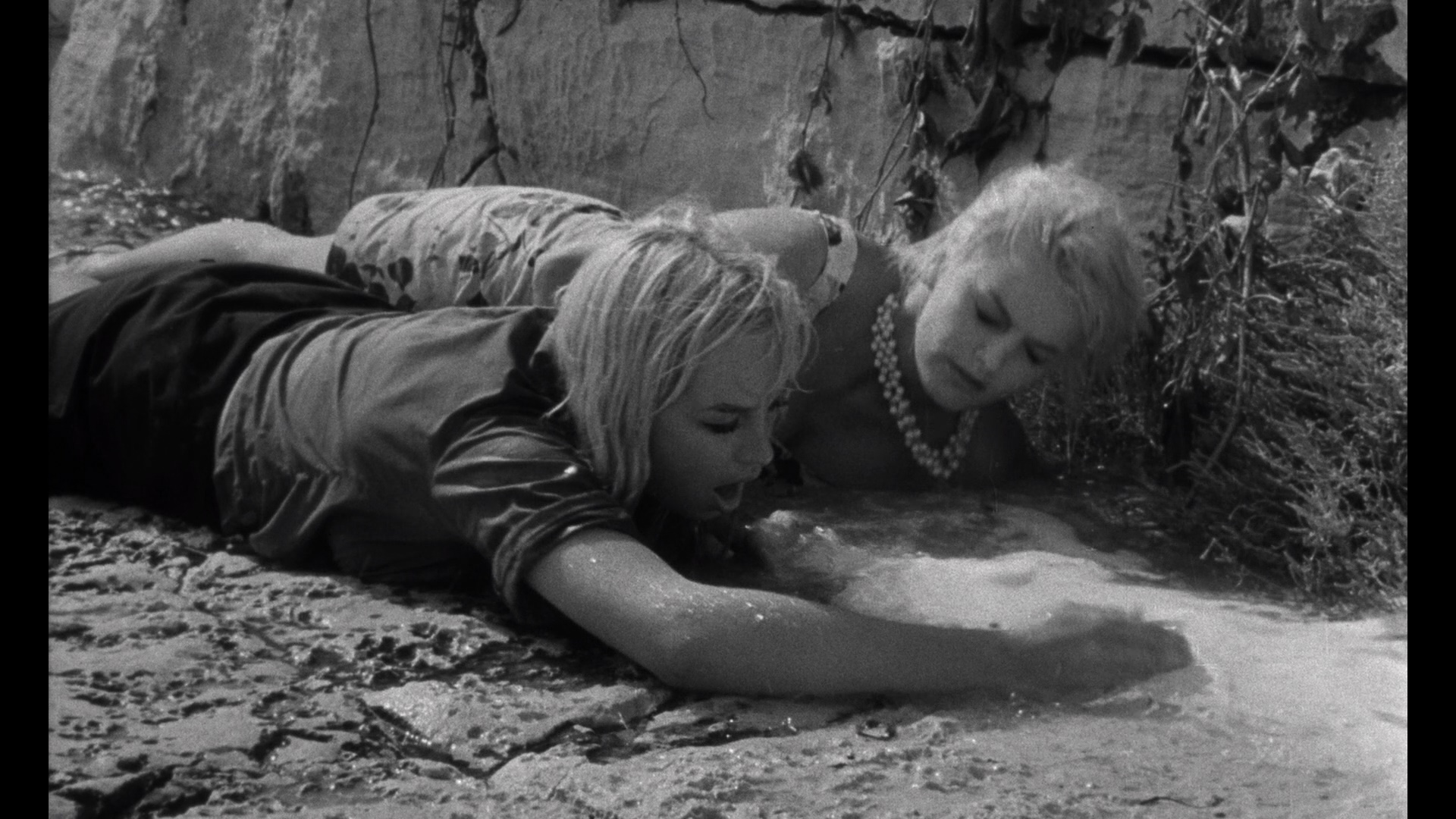 More familiar as a nonsensical episode of Mystery Science Theater 3000 than an actual movie, Horrors of Spider Island is one of the odder fusions of monster mashing and cheesecake girlie ogling from the early days of Euro exploitation. The German/Yugoslavian co-production was filmed as Ein toter hing im netz (A Corpse Hangs in the Web) but christened with the more direct Horrors of Spider Island for its general US assault on movie houses from coast to coast. However, a spicier adult variant called It’s Hot in Paradise also surfaced, and it’s under that title that this oft-maligned little slice of lunacy makes its digital debut.

The usual corral of ditsy girlie models winds up on a plane with burly, neckerchief-wearing Gary (D’Arcy), but unfortunately their trip to Singapore is waylaid when they crash onto a seemingly deserted island. The girls, including the unbelievably over-voluptuous Babs (Valentin), pass the time by dishing out inane dialogue, cat fighting, dancing, and skinny-dipping. Unfortunately they also discover a dead professor’s body hanging in a huge spider web, and then poor Gary is nipped by an eight-legged horror out in the woods. Soon he’s transformed into a fanged beast, running rampant through the island and scaring the poor models out of their wits. 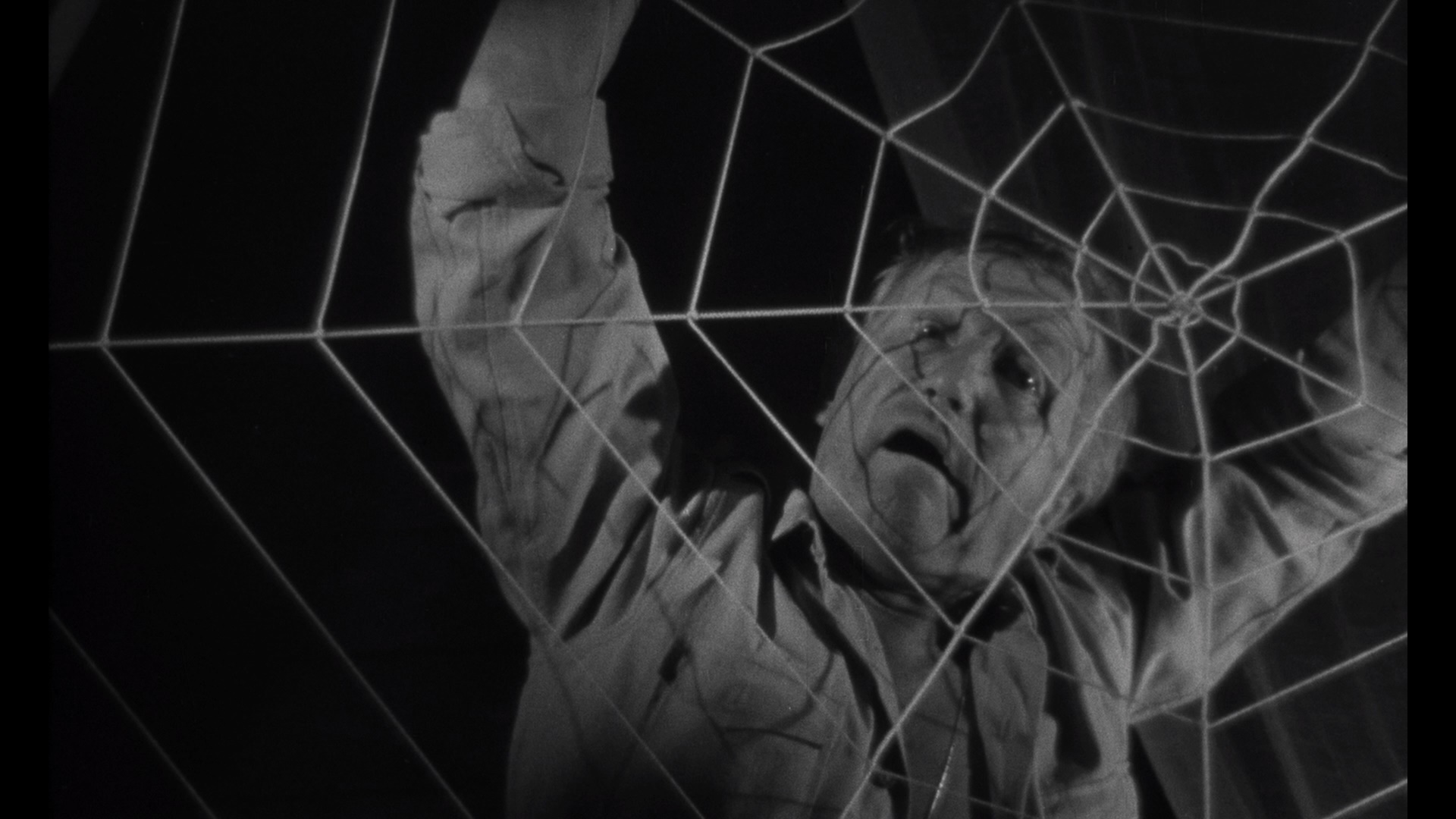 While watchable even in its shortest version, Horrors of Spider Island becomes a delirious experience with the added nude swimming footage. The atrocious dubbing contains some of the more quotable one-liners around, while D’Arcy’s weird but decidedly non-threatening monster makes up for the decided lack of actual arachnids on screen. (D’Arcy also claimed to have directed most of the film, an achievement of which not too many Hollywood actors would boast.) Something Weird’s affectionate, lavishly produced DVD features a crisp (albeit oddly squeezed) transfer which maximizes the sweaty atmosphere embedded in the glossy black and white photography. It’s also easier than ever to spot the inserts of D’Arcy with monster make up, apparently shot in a completely different location. The disc includes another variation of their ad slick/radio spot combos, complete with tinted stills for this film as well as a trio of slinky, eight-legged treats. “The Stripper and the Spider Girl” and “The Spider Girl” are your average surreal bump and grind routines, but the real treat is “Web of Love,” a splashy, funky number in which chanteuse Joi Lansing cavorts with a guy who could have stepped from the pages of Diabolik. Thanks to the magic of DVD, we can now watch this one in pristine shape without the distraction of Mike and the robots; this one’s loony and funny enough to stand quite well on its own, thank you very much.