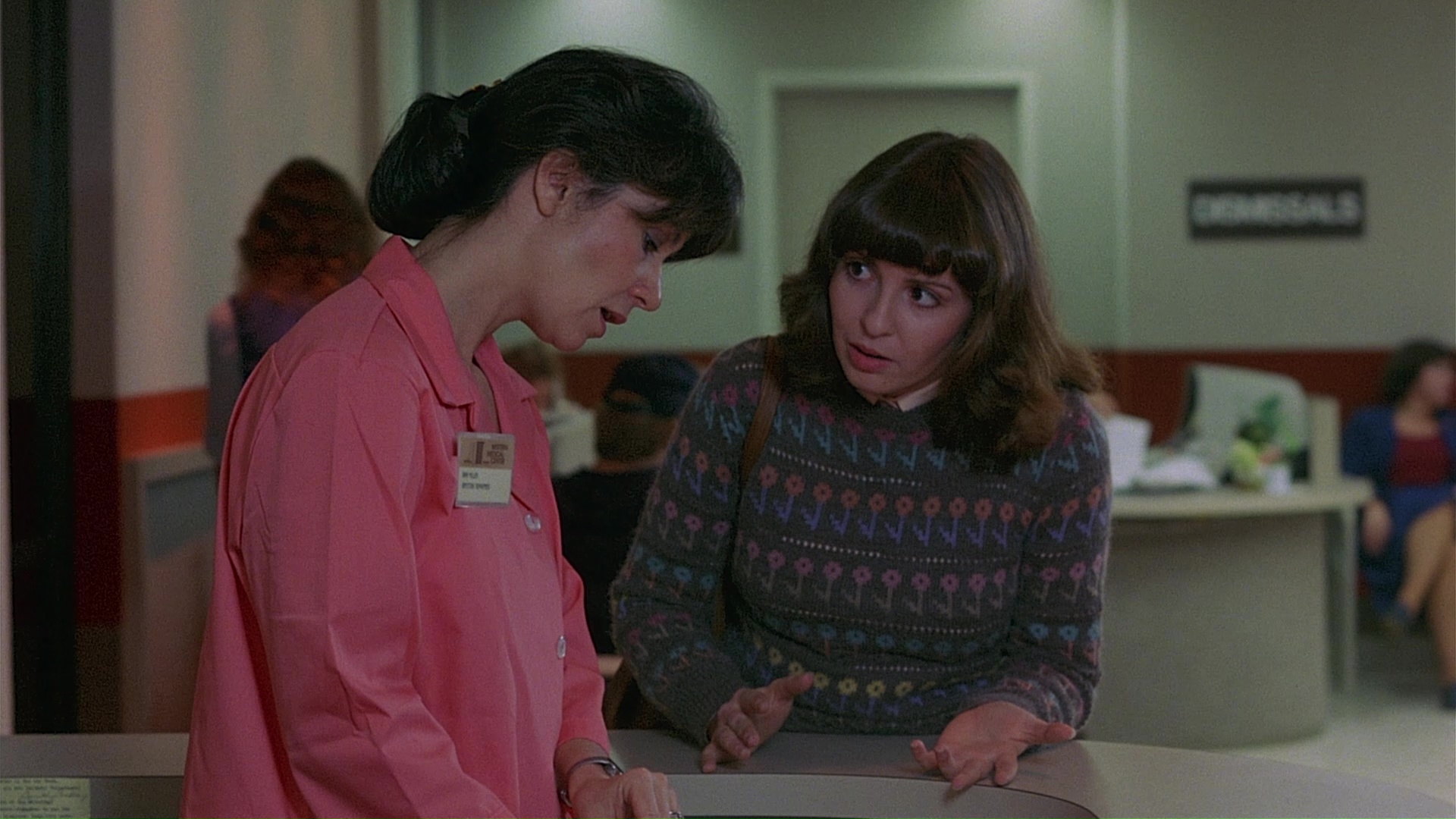 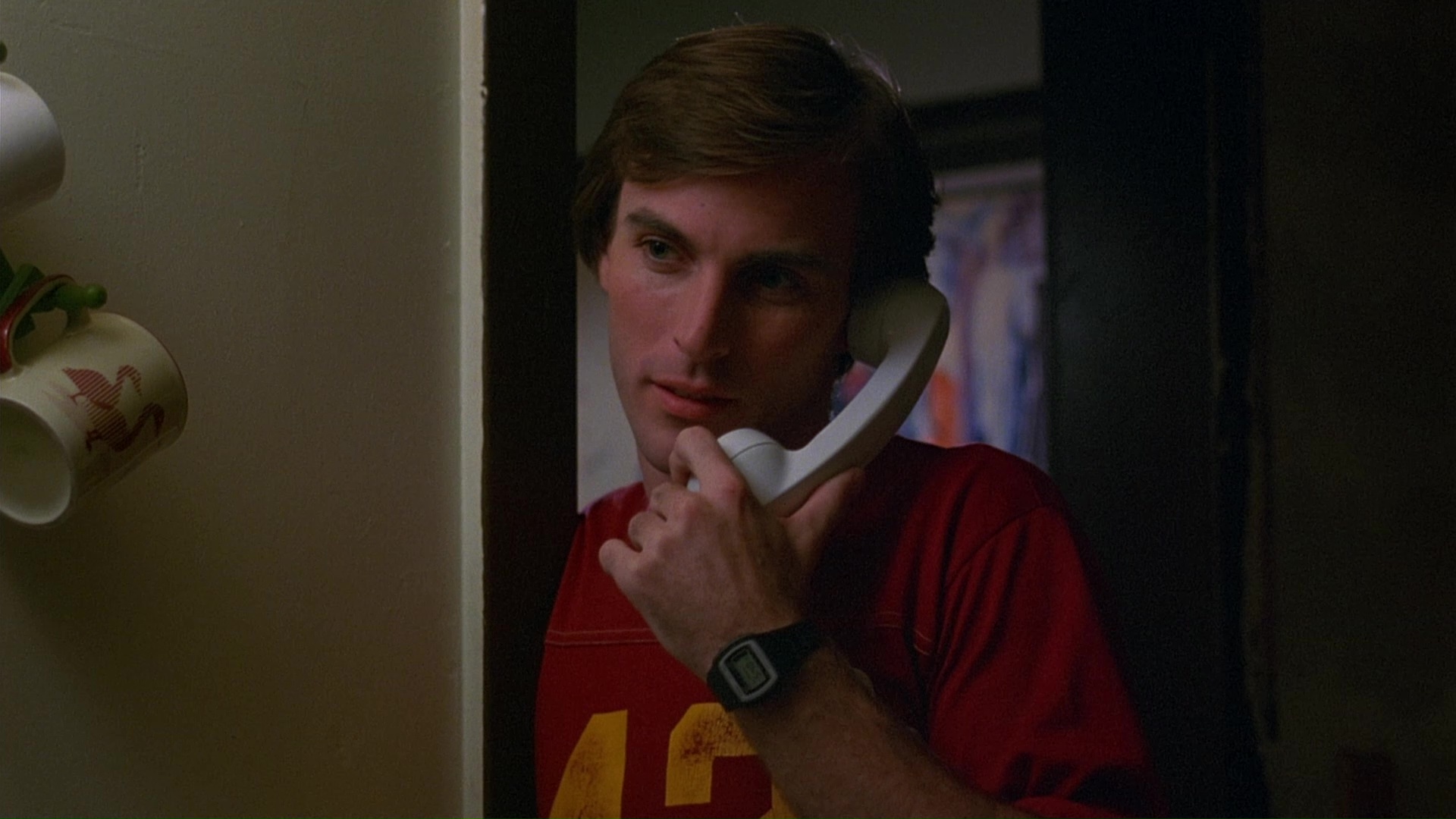 films that seemed to be everywhere on VHS in the mid-1980s, Sole Survivor is a moody and often surprising twist on the "life after death" scenario. It's impossible to discuss this film without immediately referencing other related horror titles before and since, especially since the packaging touts its thematic similarities to the Final Destination series (which it resembles in concept if not in execution). The initial first half also seems to recall such "Wait, am I still alive?" chestnuts like Carnival of Souls and James Herbert's The Survivor, though thankfully the twist ending goes in a very different direction from what most viewers will expect. In short, it's a slick, simple, down and dirty spooker that keeps its ambitions limited and succeeds admirably as a late night diversion.

After ignoring a premonition from her colleague Karla (Larkey), Denise Watson (Skinner) goes on a plane flight and finds herself the only survivor after a catastrophic plane crash. She tries to get her life back together with the aid of her bratty neighbor Kristy (Davidson) 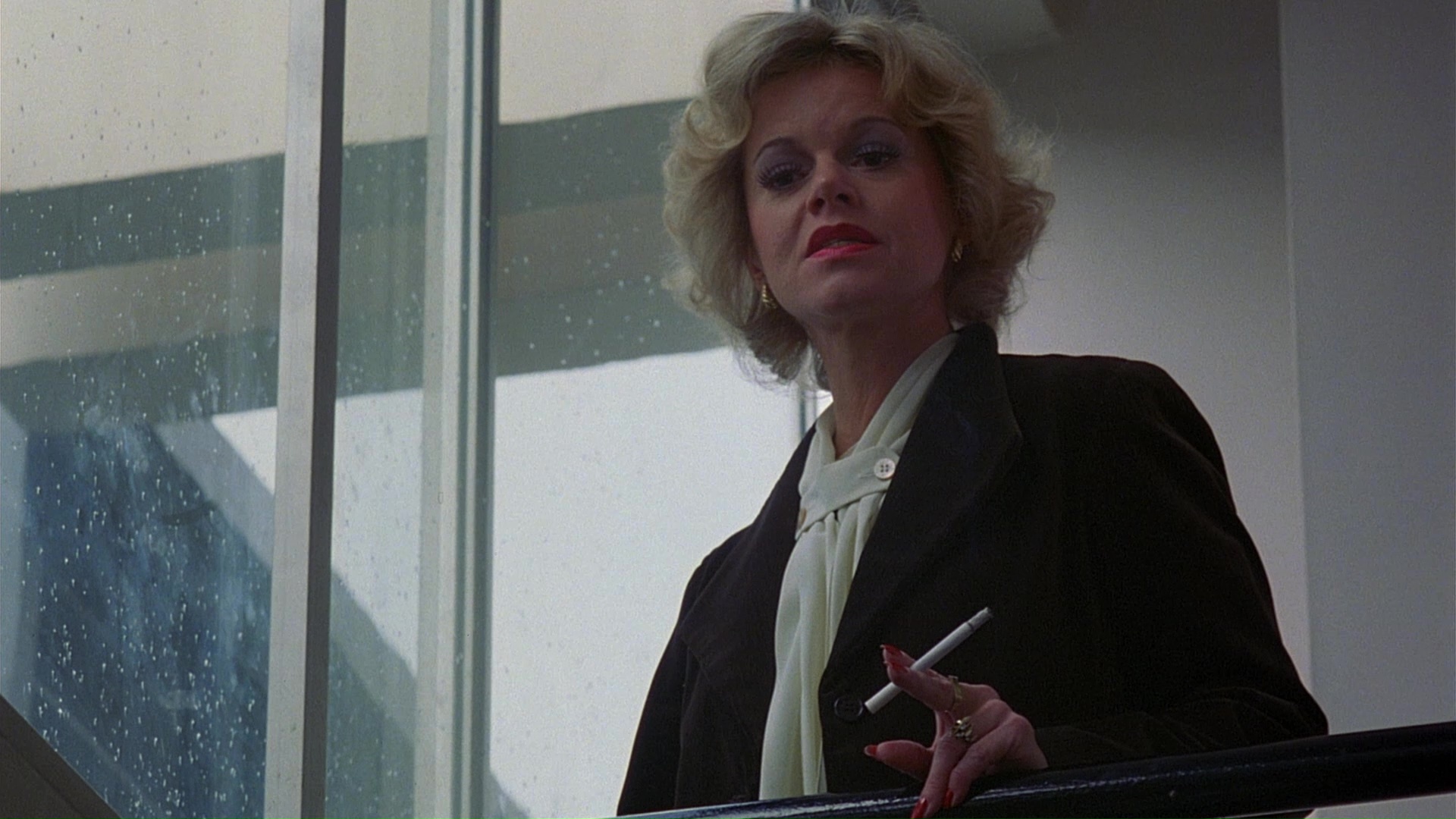 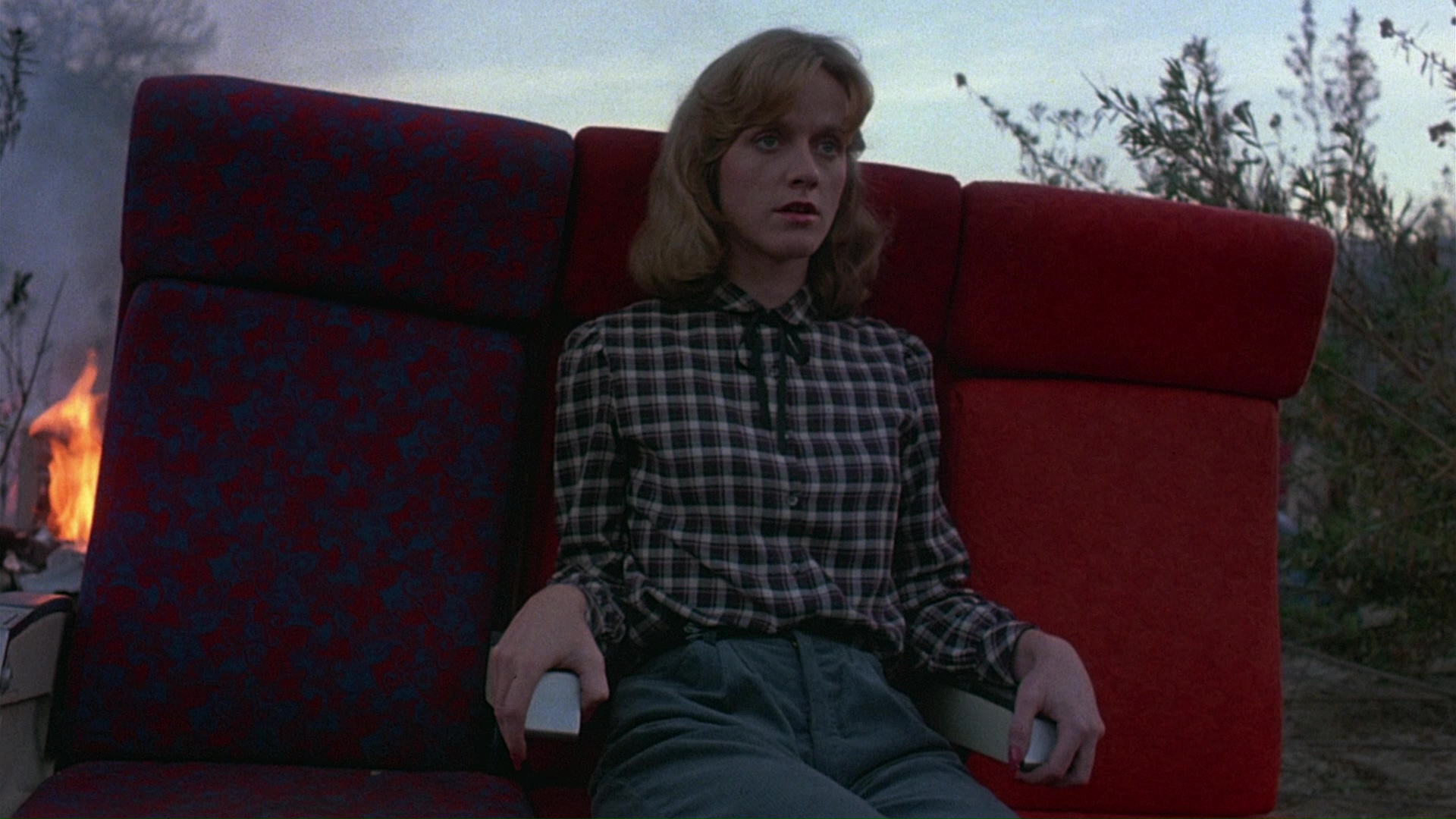 Johnson, who died soon after this film's release), who offers such encouraging tidbits as the fact that most disaster survivors tend to drop dead under mysterious circumstances within 24 months of the initial catastrophe. Soon Denise is being followed around by creepy-looking stalkers who might be the same people who died in the crash, and even worse, those close to her start dying very mysteriously and very violently...

A film that gains in impact considerably with a little bit of context, Sole Survivor came to DVD in 2007 with enough participation from co-producers Larkey and Sal Romeo to shed some light on how it was created. Most horror fans know this as the debut film for director Thom Eberhardt, who followed it up with one of the most endearing cult hits of the '80s, Night of the Comet. It's a shame he isn't involved in this release, but the producers fill in the blanks by going over the entire history of how the film was made, how they shot the creepy town scenes for free, and what a mess the film's distribution turned out to be. Interestingly, they spend quite a bit of time lamenting the fact that once the film was sold, it lost about three minutes of comic relief among the characters that would have given it a more varied and distinctive flavor. It's too bad that footage is lost, as a little more quirkiness 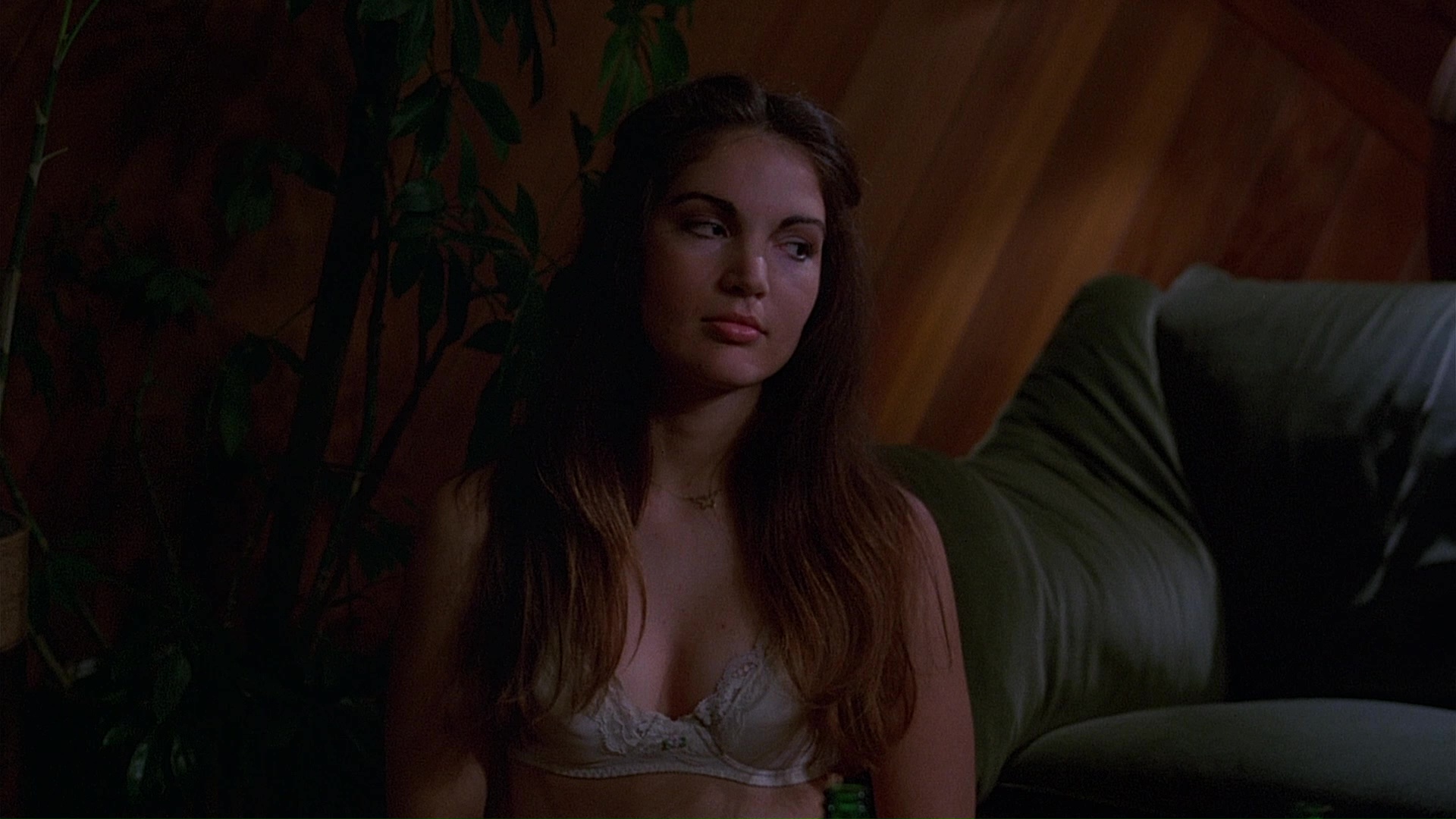 would have been quite welcome. In any case, there's still plenty for horror fans to enjoy here, even if 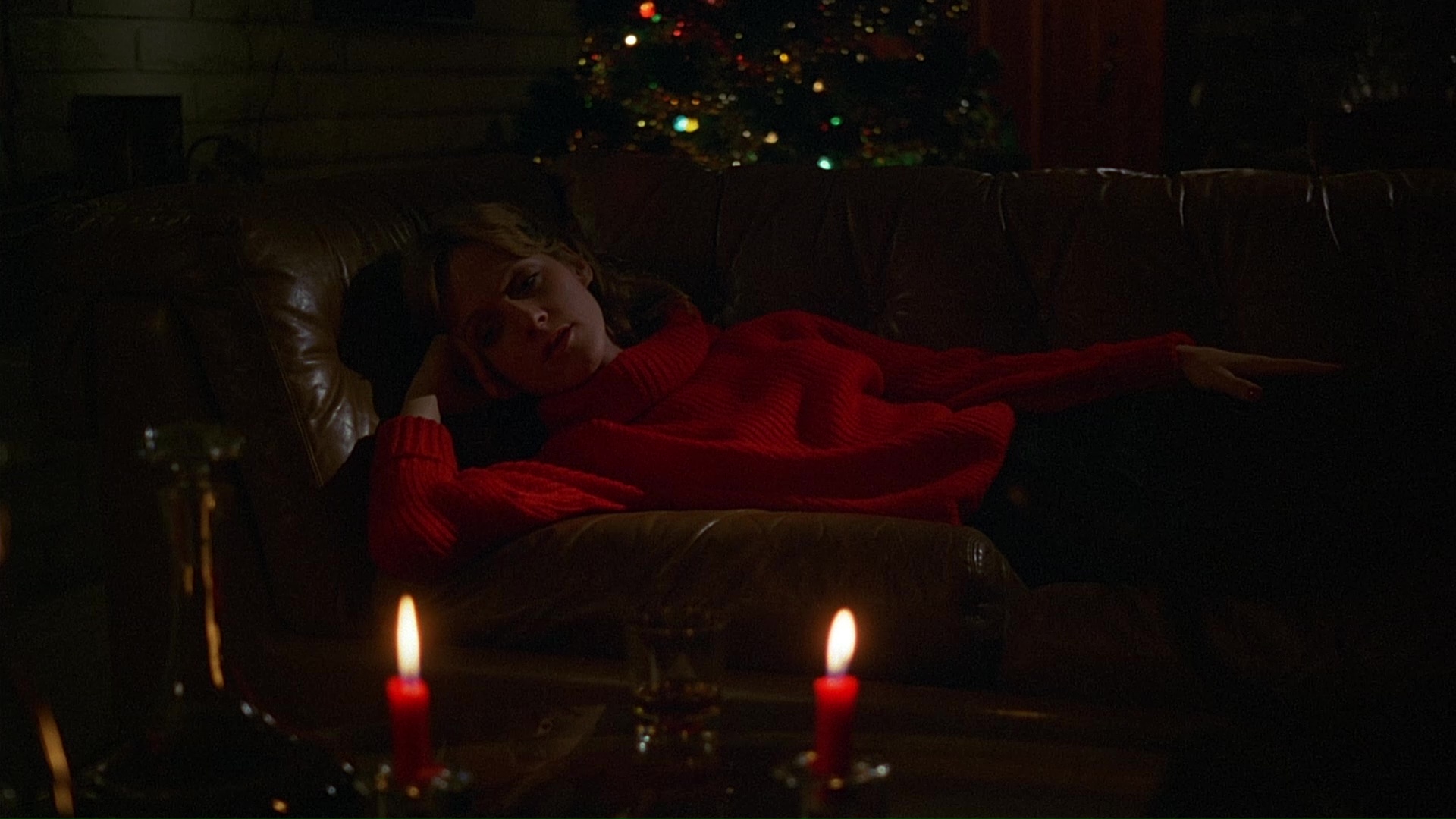 the gore is deliberately kept to a minimum (basically a couple of mildly bloody stabbings, some traumatic post-plane crash footage, and slit wrists). As an added bonus, scream queen Brinke Stevens even turns up in an early role for a quick game of strip poker that finds her providing the film's obligatory but fairly brief T&A.

Considering how bad the old Vestron tapes of Sole Survivor looked, it's was a welcome relief to finally see it looking clear and colorful with a new anamorphic transfer in its standard def disc debut. Not many people had the opportunity to see this in the theater, but this is a good approximation and still has that beloved low budget, rough look found in many horror films from the period; think My Bloody Valentine and you'll get the idea. Extras include the aforementioned commentary (which is moderated by enthusiastic Leatherface director Jeff Burr and writer Jeff McKay), a fun and pretty ridiculous red-band theatrical trailer (complete with an unrelated slimy demon claw emerging from some dry ice fog), a video intro from Larkey (19s), an 8m38s on-camera video interview with Larkey and Romeo (who cover some of the same 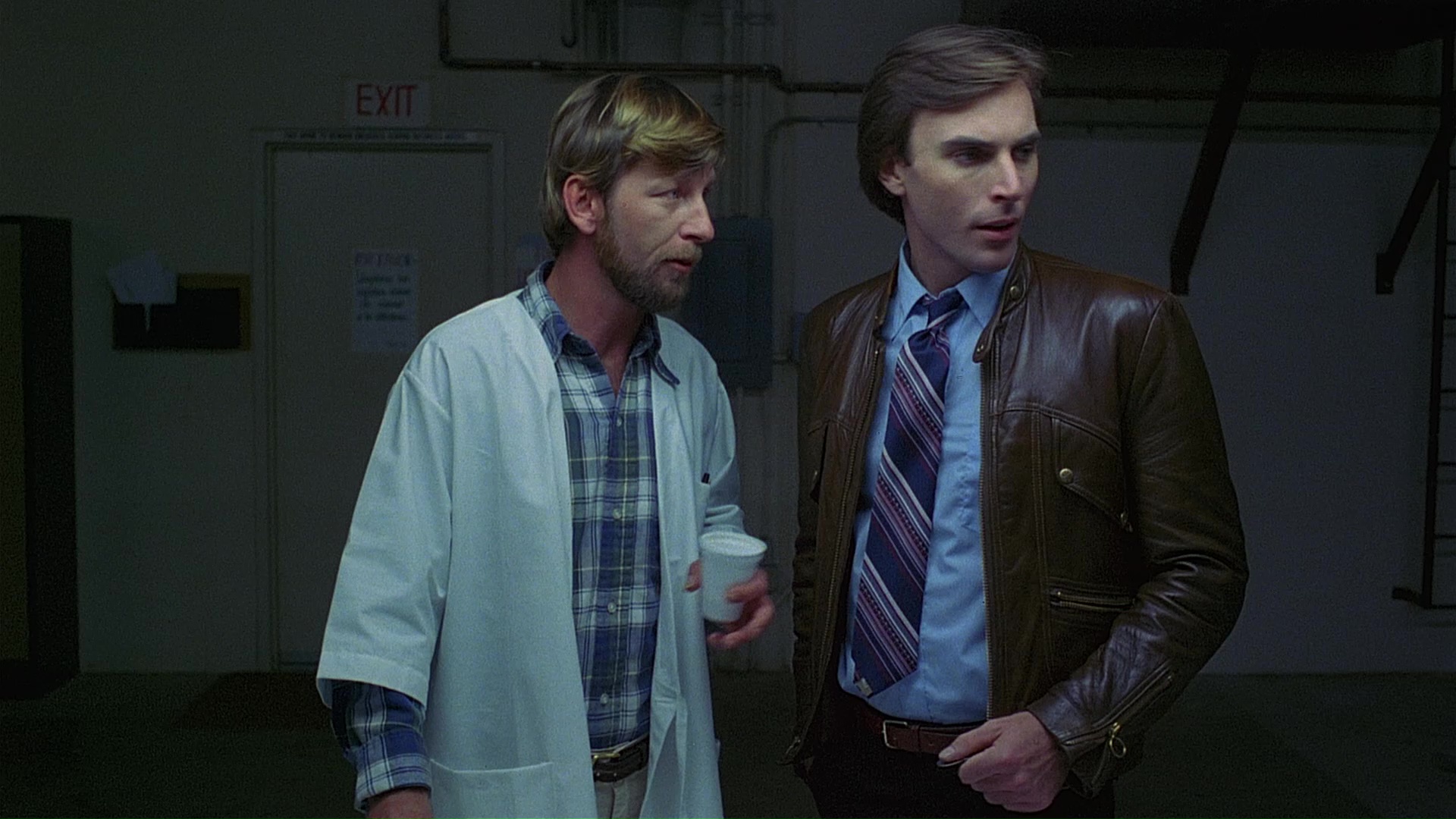 territory as the commentary but offer a few additional nuggets about the cast), some 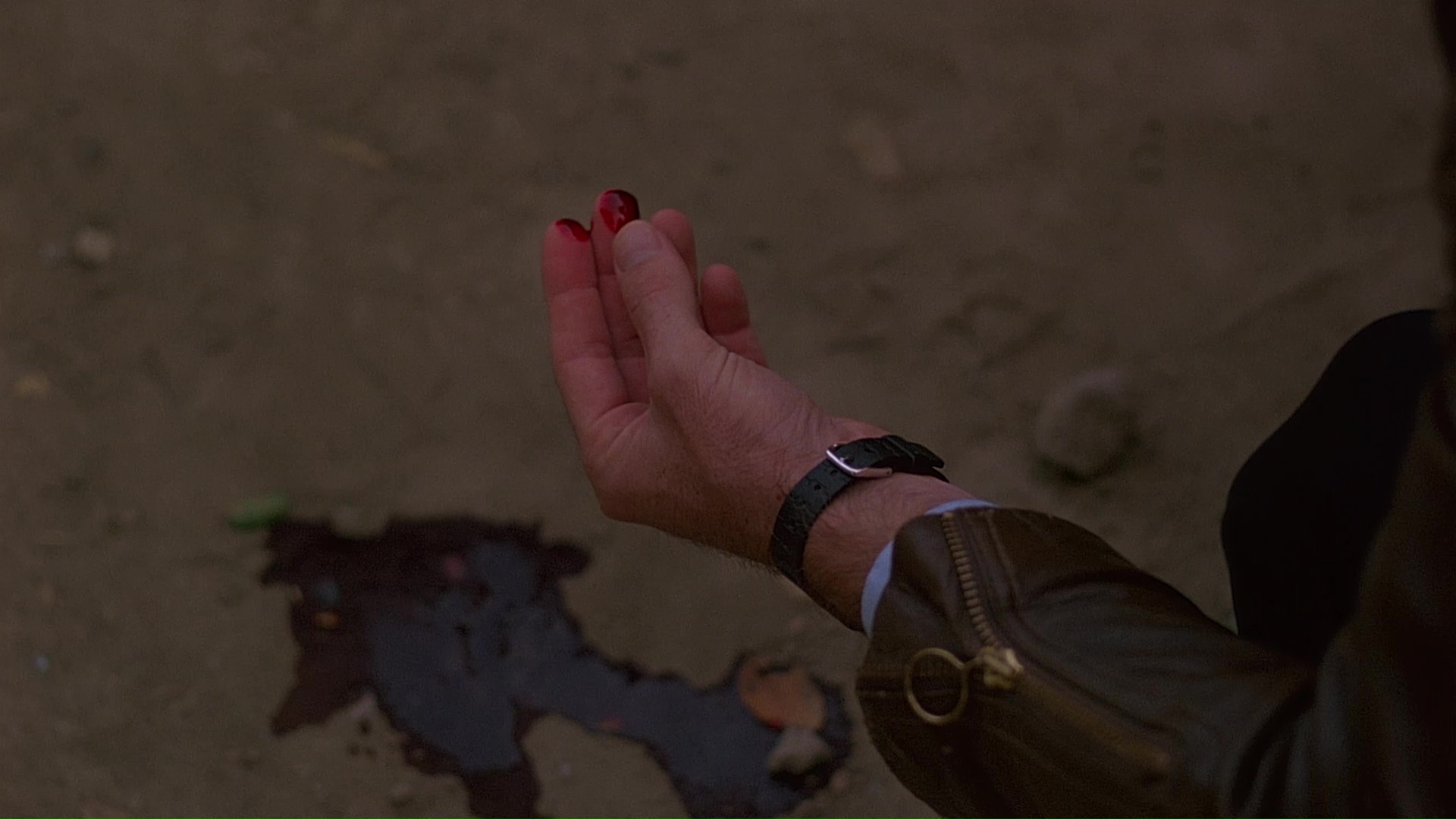 appreciative liner notes by Nightmare USA and Lucio Fulci expert Stephen Thrower, and trailers for other Code Red titles including The Unseen, The Dead Pit, Silent Scream, The Human Experiments, and the still MIA The Farmer.

In 2017, Code Red revisited the film for Blu-ray with a substantially improved transfer that bests the already respectable DVD with a darker, richer appearance that features far more tactile textures and a particular intensity for the color red, which is much diminished on the DVD. Watching the two side by side in motion really isn't even much of a comparison. Framing shifts very slightly between the two with little consequential difference. The DTS-HD MA English mono track basically is what it is, a fairly flat and narrow mix typical of indie films of the period with some bumpiness heard here and there. All of the relevant extras are carried over here -- video intro, featurette, audio commentary, and trailer. 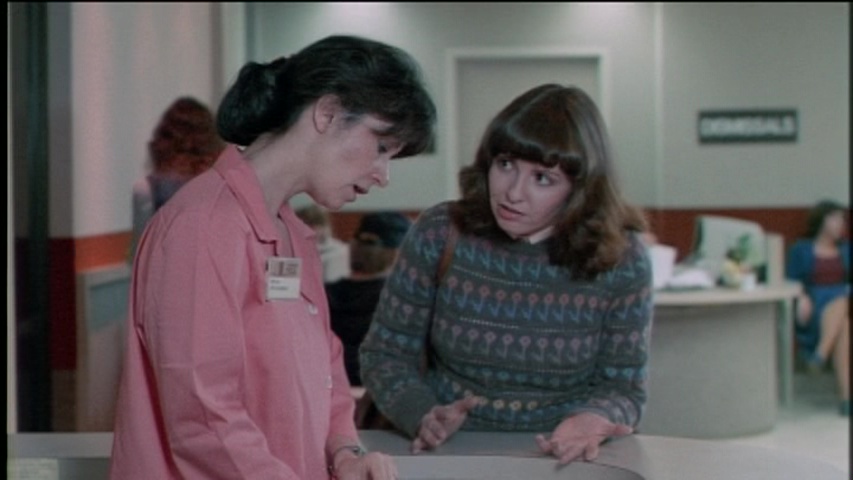 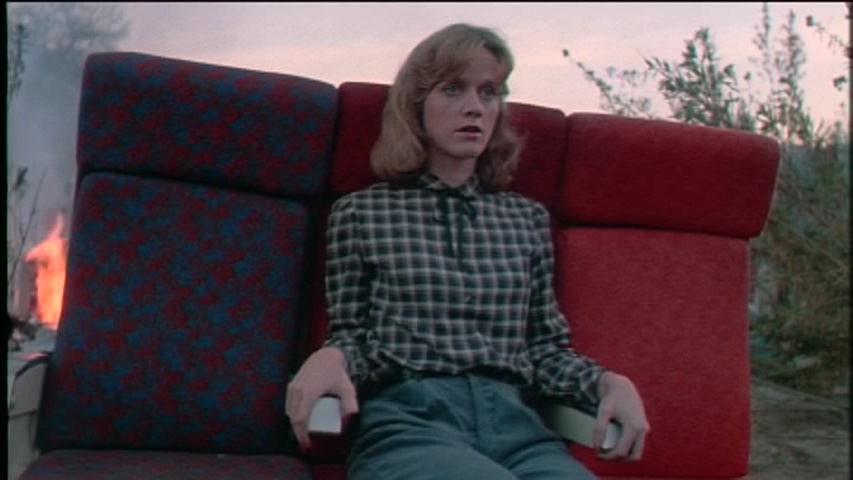 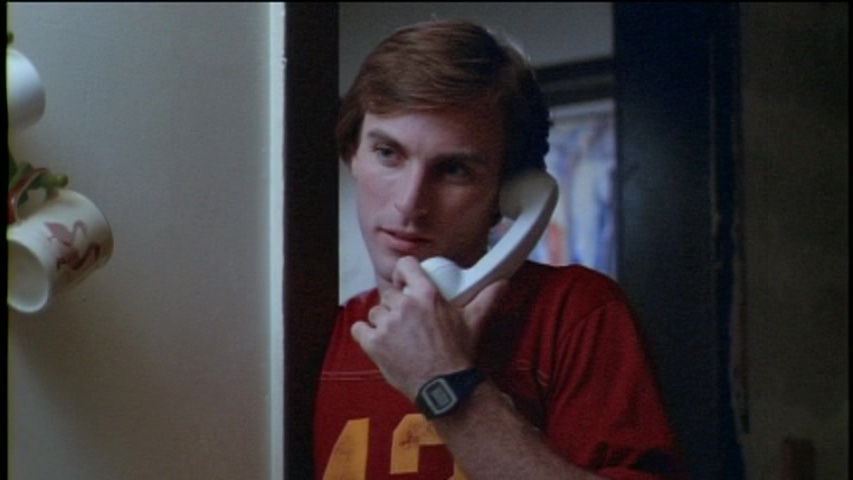 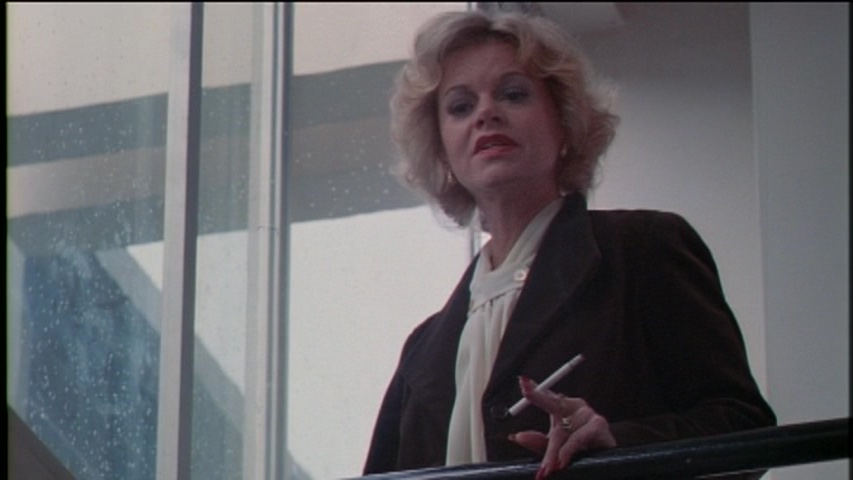 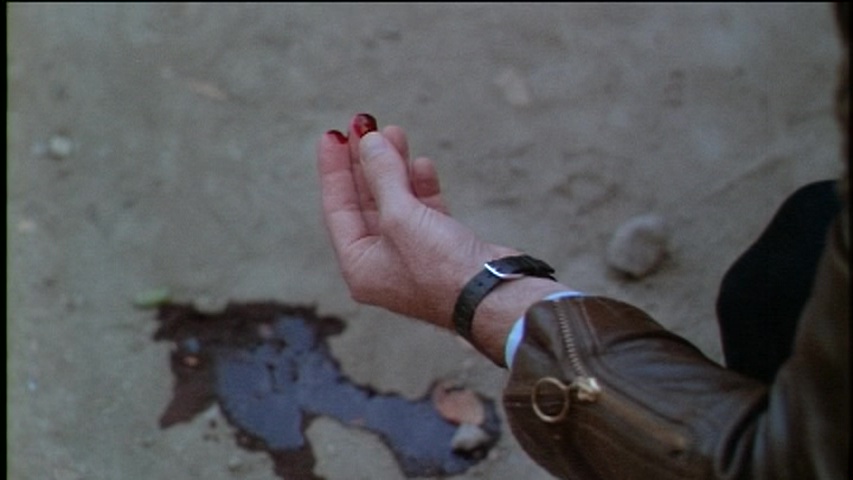