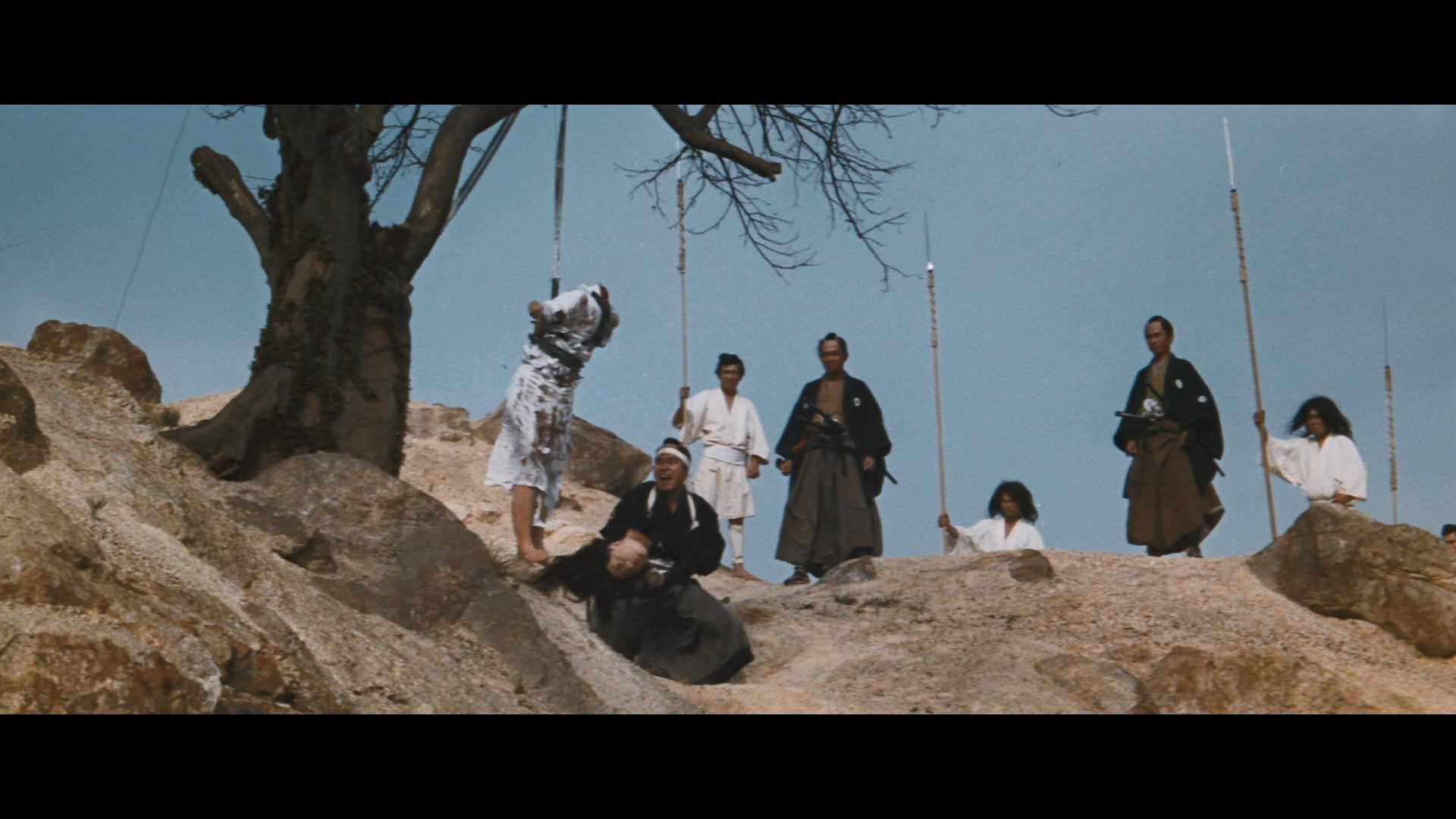 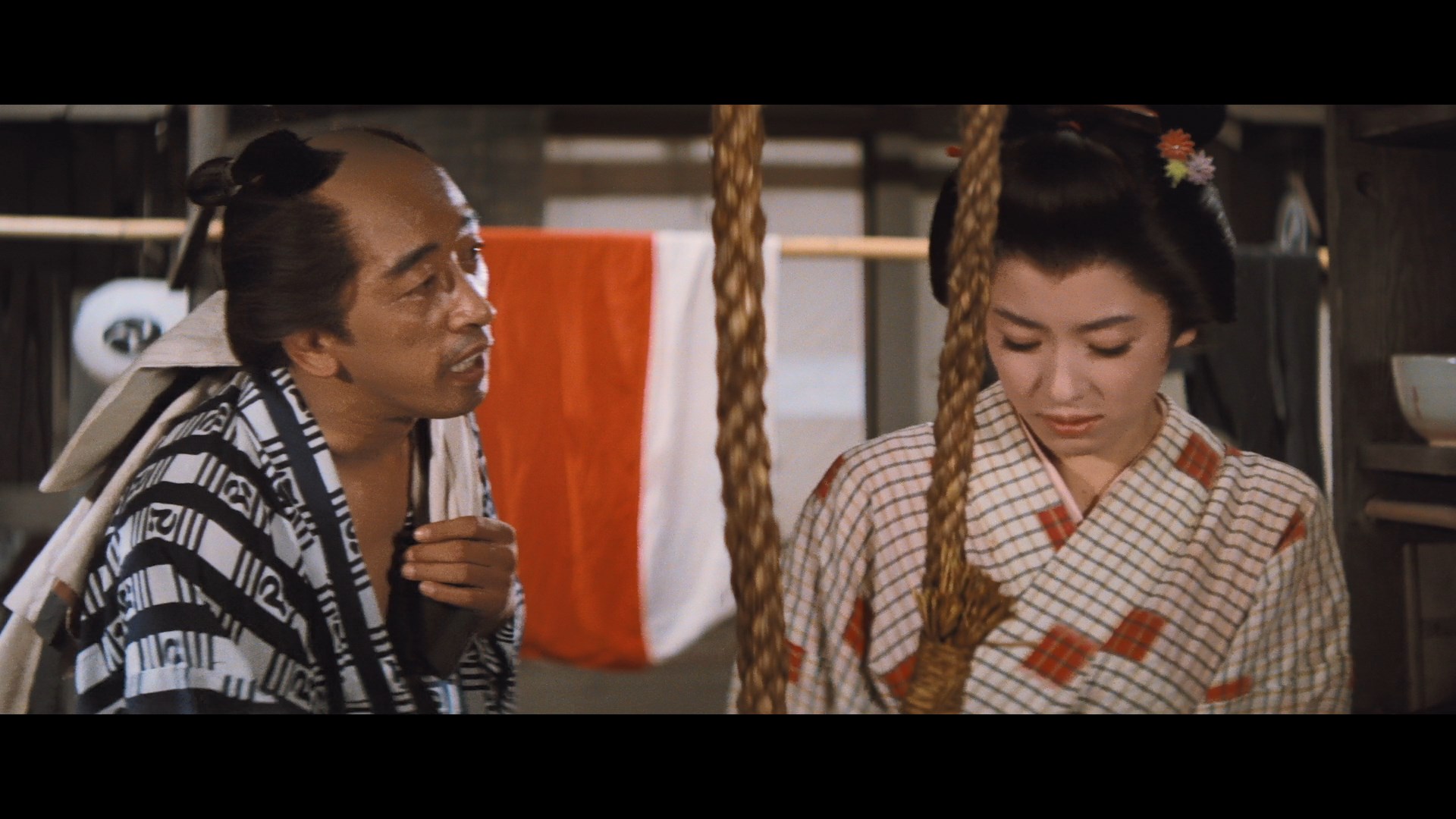 to bring the works of outrageous Japanese filmmaker Teruo Ishii has been a surreal pleasure to behold, not just with his best-known horror films like Horrors of Malformed Men and Blind Woman's Curse but his insanely sadoerotic historical epics like Orgies of Edo and Inferno of Torture. These episodic carnivals of flesh and violence came out in a quick flurry at the end of the 1960s, using relaxed censorship restrictions to deliver an eye-popping array of depraved sights worthy of the Marquis De Sade. Continuing that Toei series of Edo-era outrages is Shogun's Joy of Torture, another anthology here documenting melodramatic atrocities under Tokugawa rule with a heaping dose of nunsploitation thrown in for good measure. 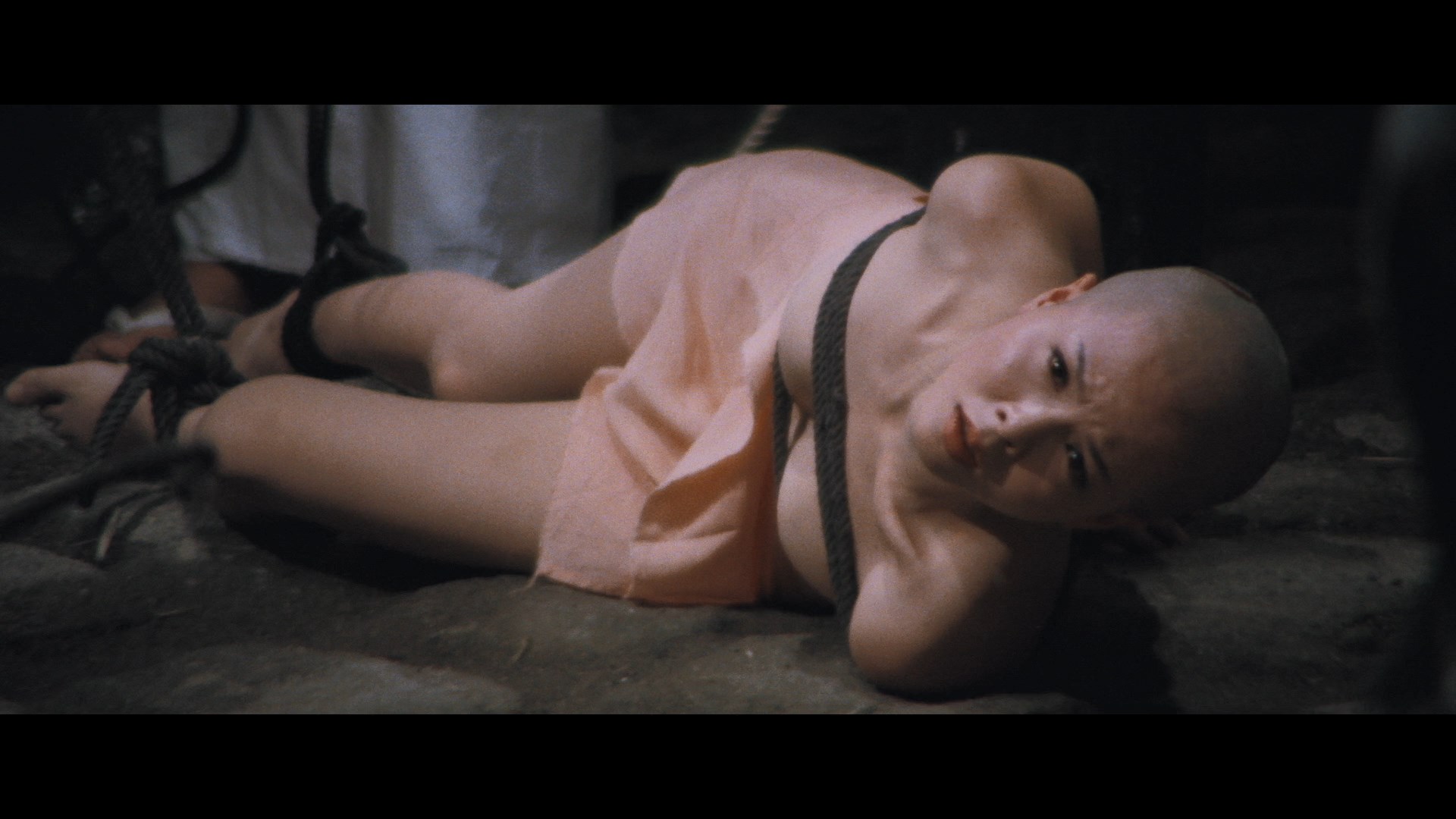 initiated into a particularly grueling order 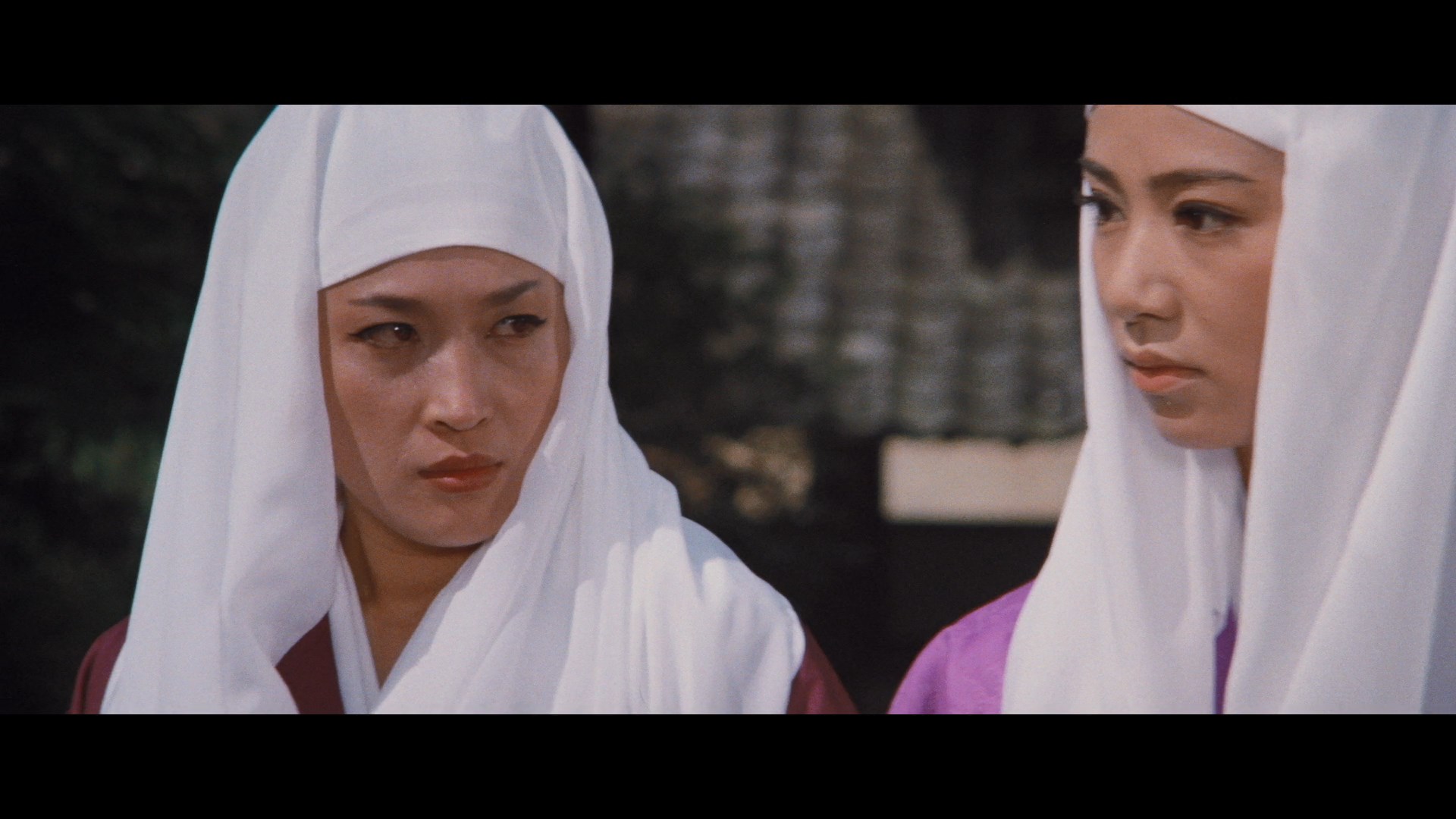 of nuns who indulge in head shaving, leech baths, and uncomfortable applications of chili pepper, all driven by their lustful thoughts thanks to an adjacent order of monks. Finally, tattoo artist Horichô (The Living Skeleton's Hoike) finds his latest creation depicting a woman in agony decried by a nobleman (The Street Fighter's Watanabe) for its lack of realism. To learn how it's really done, Horichô is invited to watch the tribulations of a group of Western missionary women undergoing severe interrogation, with an ironic twist.

Unlike most of the other Edo torture films, this one is much more steady about the way it ramps up its taboo-pushing material after that short, insane curtain raiser. The first story deals with its incestuous in a surprisingly tasteful fashion (relatively speaking, as the dialogue is more touchy than anything we actually see) and the nun narrative relying more on conceptual perversity than lingering nudity. (That leech bath might be the most upsetting thing in the film for some viewers.) Of course, it's with the final tale that Ishii and company really pull out all the stops, indulging in a crazed finale that feels like a true descent into hell. The film is also extremely well crafted with beautiful cinematography and evocative music giving it a classy sheen that makes the big shock moments land even harder, which must have gotten quite an audience reaction when this first played in theaters.

First given wide exposure to English-speaking audiences in 2005 via a flat letterboxed, subtitled DVD release from German label Japan Shock, Shogun's Joy of 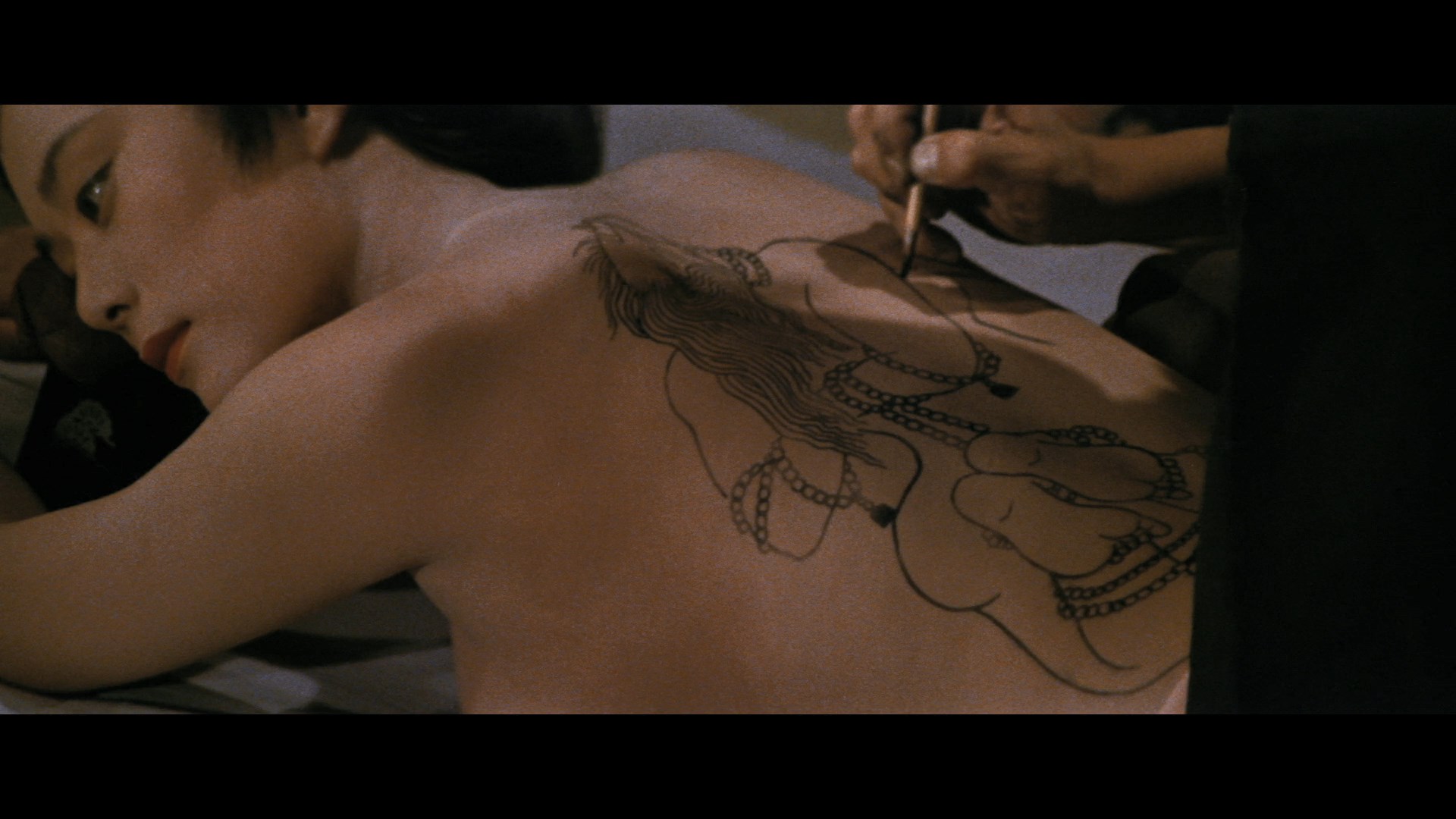 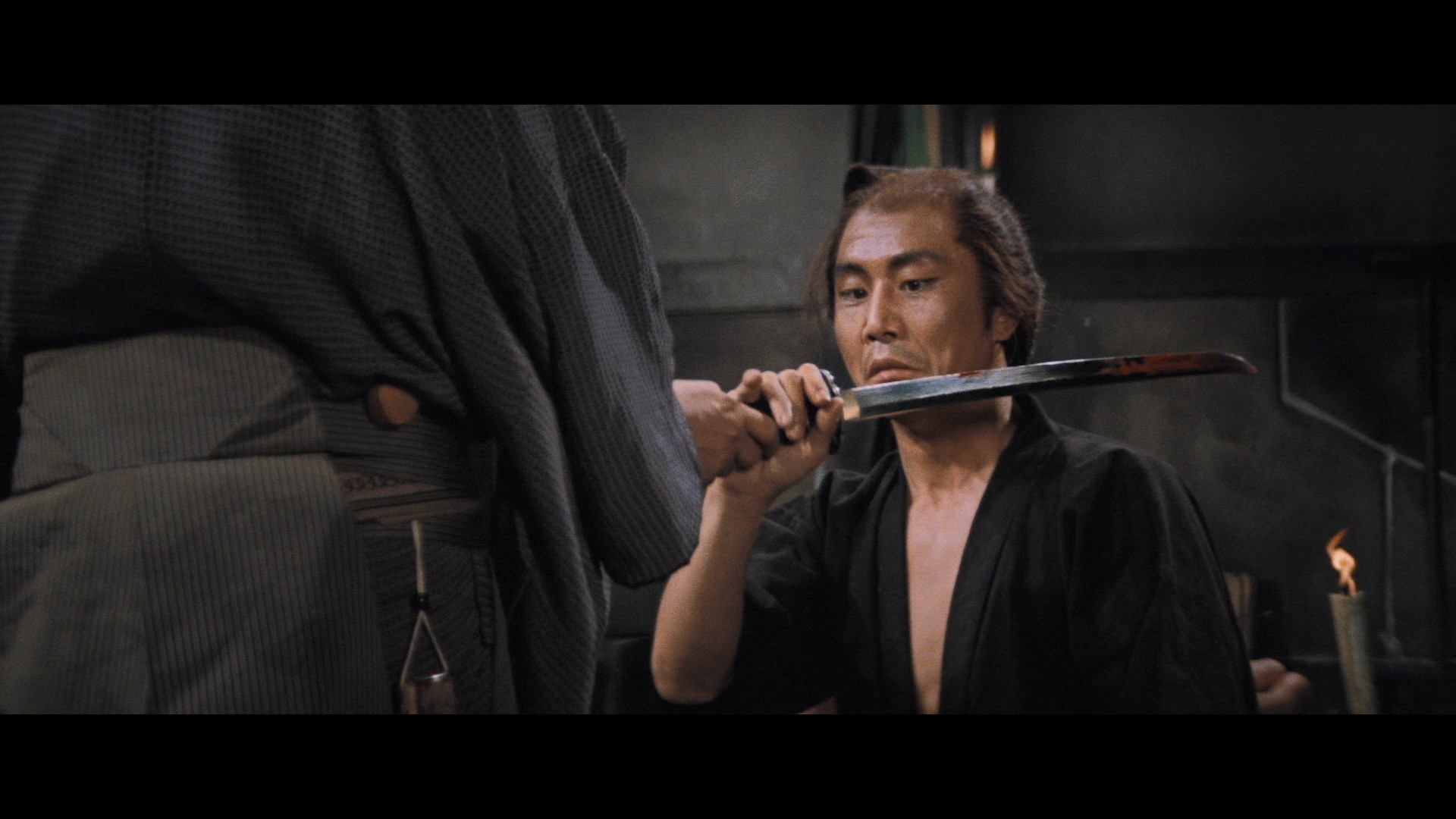 on Blu-ray from Arrow Video in the U.S. and U.K. Image quality here is comparable to the earlier Ishii releases, with accurate and often earthy color schemes and solid detail throughout without any excessive cleaning up to make it look more clean or modern. The 1.0 LPCM Japanese mono audio is also true to the source and perfectly fine, with optional English subtitles. A new audio commentary by the reliable Japanese film specialist Tom Mes does a good job of balancing info about Japanese genre cinema, Toei, Ishii's cinematic career, the era of Japanese history evoked in the film, the evolution of portrayals of nudity and violence starting with early examples like Gate of Hell, and much more. In the new "Teruo Ishii: Erotic-Grotesque Maestro" (13m23s), writer Patrick Macias covers Ishii's wild 1968 output, his cult reputation in Japan, the various genres and relentless work pace he employed, the real-life basis for many of the extreme practices seen in this film, and the status of Toei at the time as they tried to compete with the eroding effects of television. Then "Bind, Torture, Thrill" (25m16s) with writer Jasper Sharp takes a broader look at the torture theme running through Japanese cinema, its historical implications, the rising audience demands for boundary-pushing material, and his first exposure to this film via DVD. The Japanese trailer is also included (with English subtitles) along with a gallery of stills and poster art, while the first pressing comes with a liner notes booklet by Mark Schilling.