After indie horror suffered a 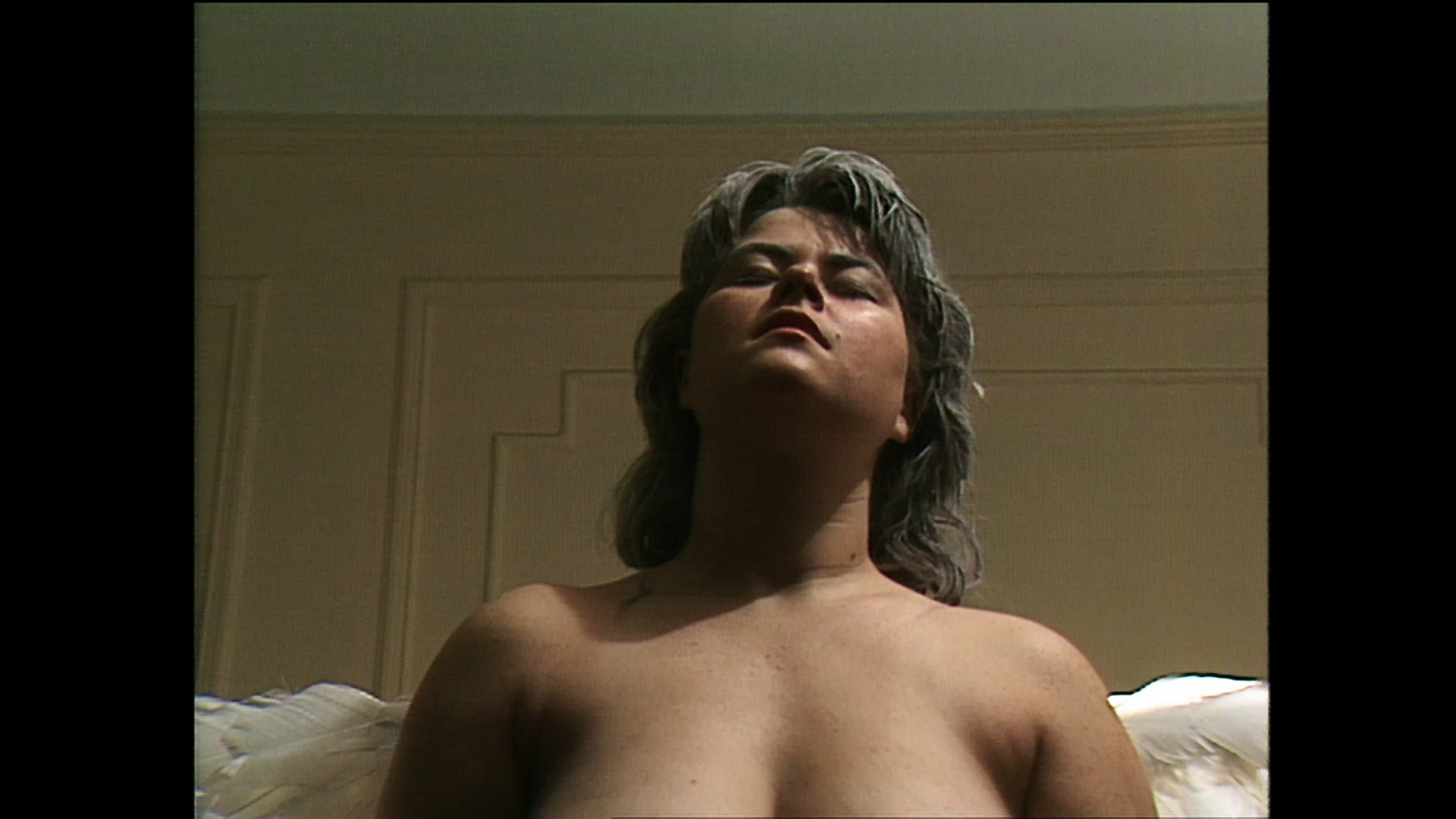 slow decline at the hands of major studios in the late '80s into the early '90s, the cause managed to keep its lifeblood pumping thanks 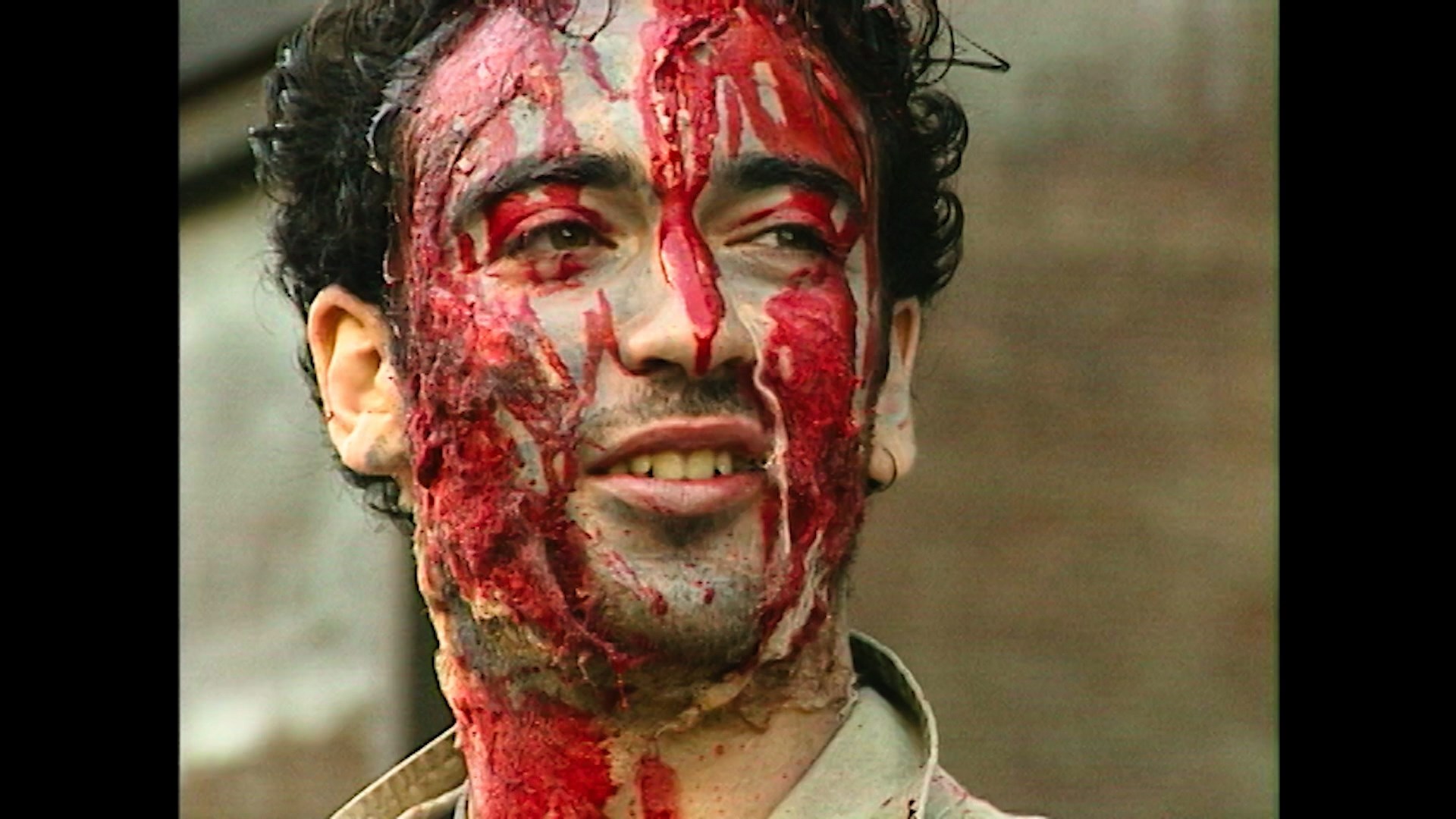 to transgressive, shot-on-video shockers that earned their reputations through word of mouth on the fanboy circuit. Often cited among the best of these is Shatter Dead, a dizzying look at the end of the world that feels like some unholy mixture of Richard Matheson, George Romero, and Richard Kern.

Determined to return to her boyfriend, Susan (Stark Raven) must contend with armies of morose undead who wander the streets and decide to force the living to join them. Led by a mysterious preacher, the zombies seem content with their neverending plight on earth, but Susan has no desire to join them. Suicide outbreaks have caused the zombie population to escalate, but fortunately Susan's gun-toting habits serve her well even when she's up against such sights as a pregnant zombie. Throw in some shower fun, a bizarre graveyard dream sequence, Romero-style zombie car mayhem, and a twisted ending out of a '70s art film, and you've got 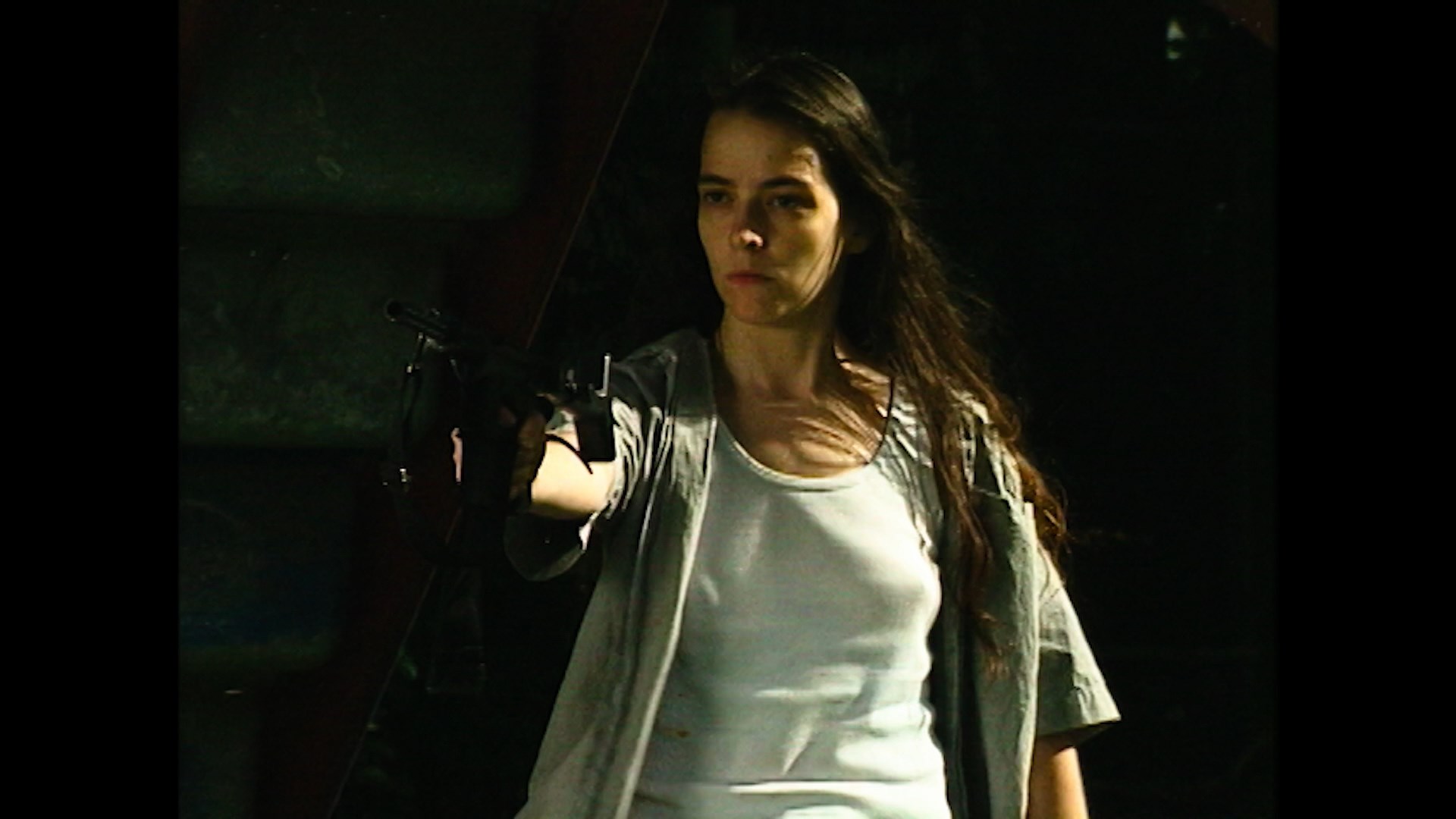 the recipe for a very twisted time in front of the TV.

Hardly your standard gorehound effort, Shatter Dead has a lot on its mind and won't do much to satisfy the beer-swilling Saturday night crowd looking for a few chuckles. This is grim stuff 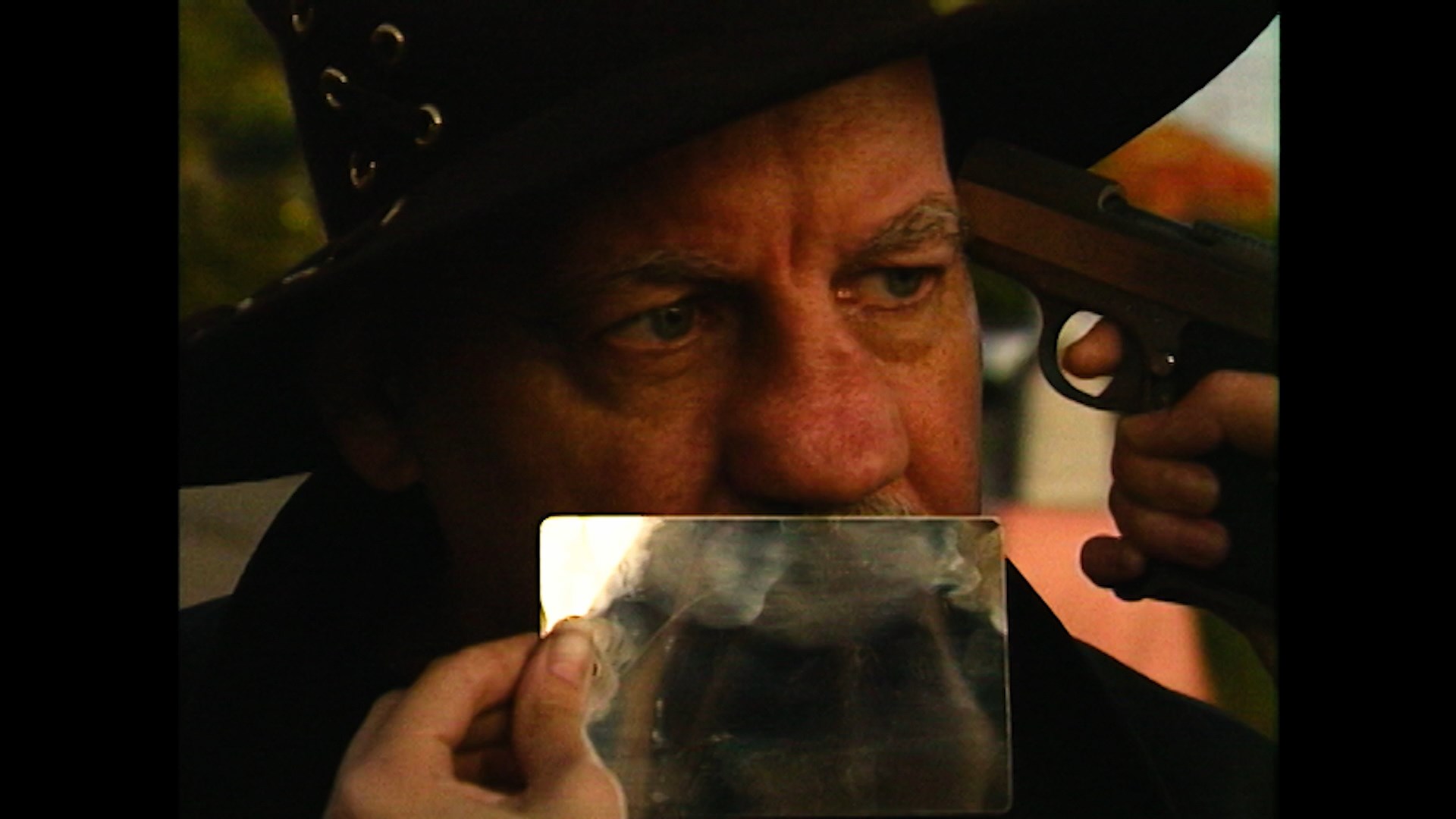 indeed and one of the '90s' more fascinating examples of the art-horror film, a very difficult hybrid to pull off. The digital video photography gives the moist proceedings an appropriately grimy, kitchen sink reality that makes the occasional flights of fancy even more jolting; there's also plenty of perverse nudity to keep you intrigued, including a now legendary encounter between a pistol and... well, just keep the grandparents out of the room, and it's no wonder this raised the ire of British censors back in the day.

Considering its origins, Shatter Dead looked fine on DVD from Sub Rosa in 2002, its first time out since the initial Tempe VHS release. The original shooting format reveal some limitations in the source material but it's sharper and more colorful than the VHS edition by a fair margin. The feature itself contains no less than three audio commentaries featuring McCrae: one by himself, one with cameraman Matt Howe, and a raucous cast reunion with Stark Raven, Marina Del Rey, Derek Smalls, and Robert Wells (via speakerphone). All of the tracks have a great deal to offer, though the 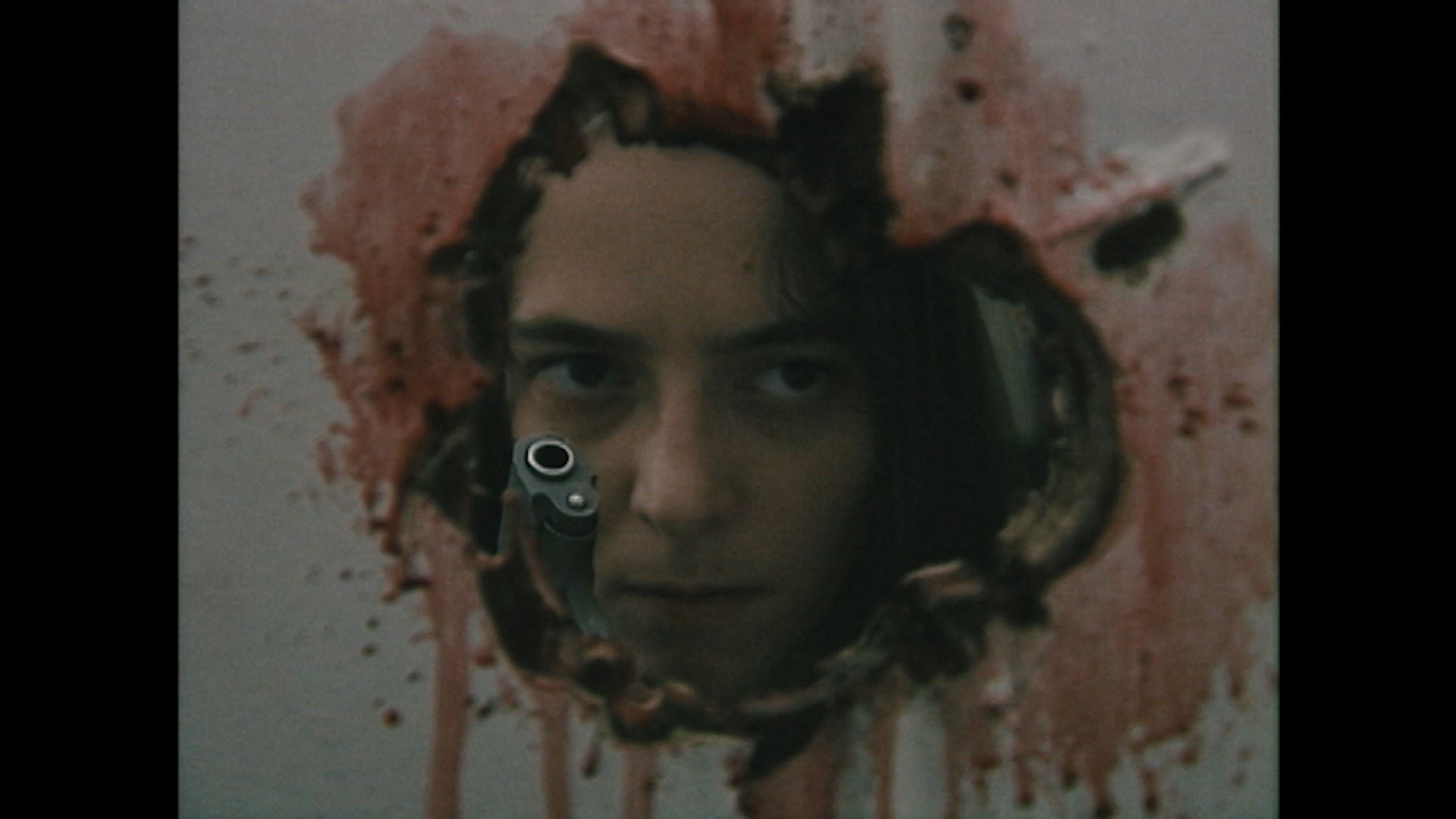 latter can be a bit disorienting as it slips out of sync with the movie by over a minute at a time. You'll learn the secrets beyond everything from the cast's clothing to the make up effects to the technical problems of low budget video filming at the time. The (extremely long) menu screens lead to 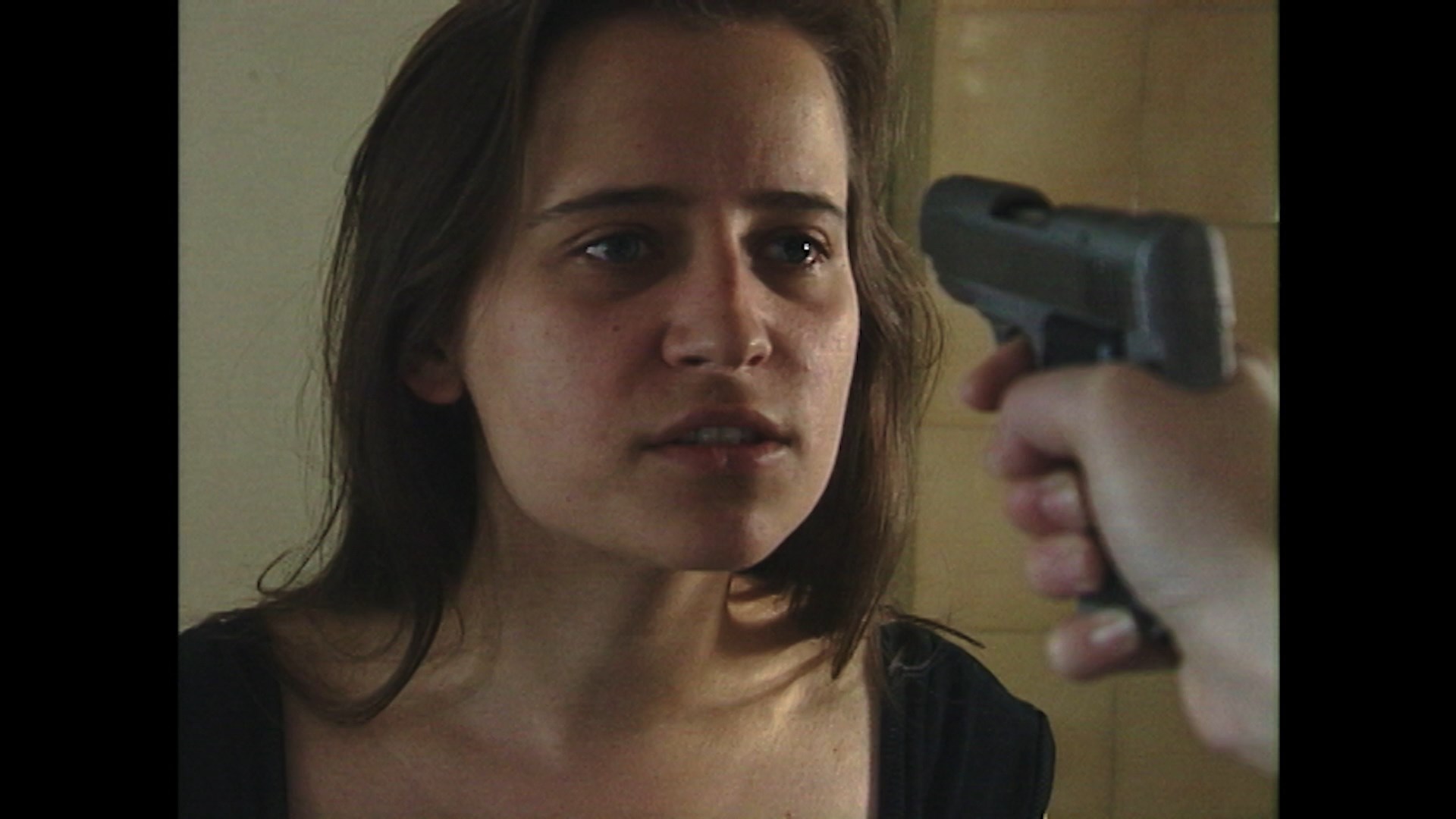 more extras contained in the section "Building Shatter Dead." A Bergen County Cable TV interview with McCrae (28m18s) offers a public access chat about the making of the film, while a tour of the Shatter Dead house (7m48s) offers some nifty surprises including the fate of the memorable angel costume. "The Making of Shatter Dead" (28m44s) is a mixture of behind the scenes footage and bloopers, filled with blood and nudity as one might expect. Rounding out the package is the original trailer along with a trailer for McCrae's long-gestating second film, Sixteen Tongues.

Two decades later, Saturn's Core kept its scrappy manifesto alive by adding Shatter Dead to its Blu-ray roster with what's touted as a brand new restoration of the director's cut from the original Betacam SP master tapes supervised by McCrae. The bump in quality is actually appreciable here with solid color and finer detail, even if it's obviously constrained by the initial format as always. The director's cut clocks in at 75 minutes, tightening up some protracted moments from the 81-minute version released on VHS. (Don't worry, it's all for pacing and flow reasons; nothing substantive has removed.) Slicker, higher res credits have also been substituted as well. The DTS-HD MA English 2.0 track (technically stereo for some music but mostly mono) sounds solid and comes with optional English SDH subtitles. The original VHS cut is also included here among the extras, too, should you feel the desire to compare or walk down memory lane. 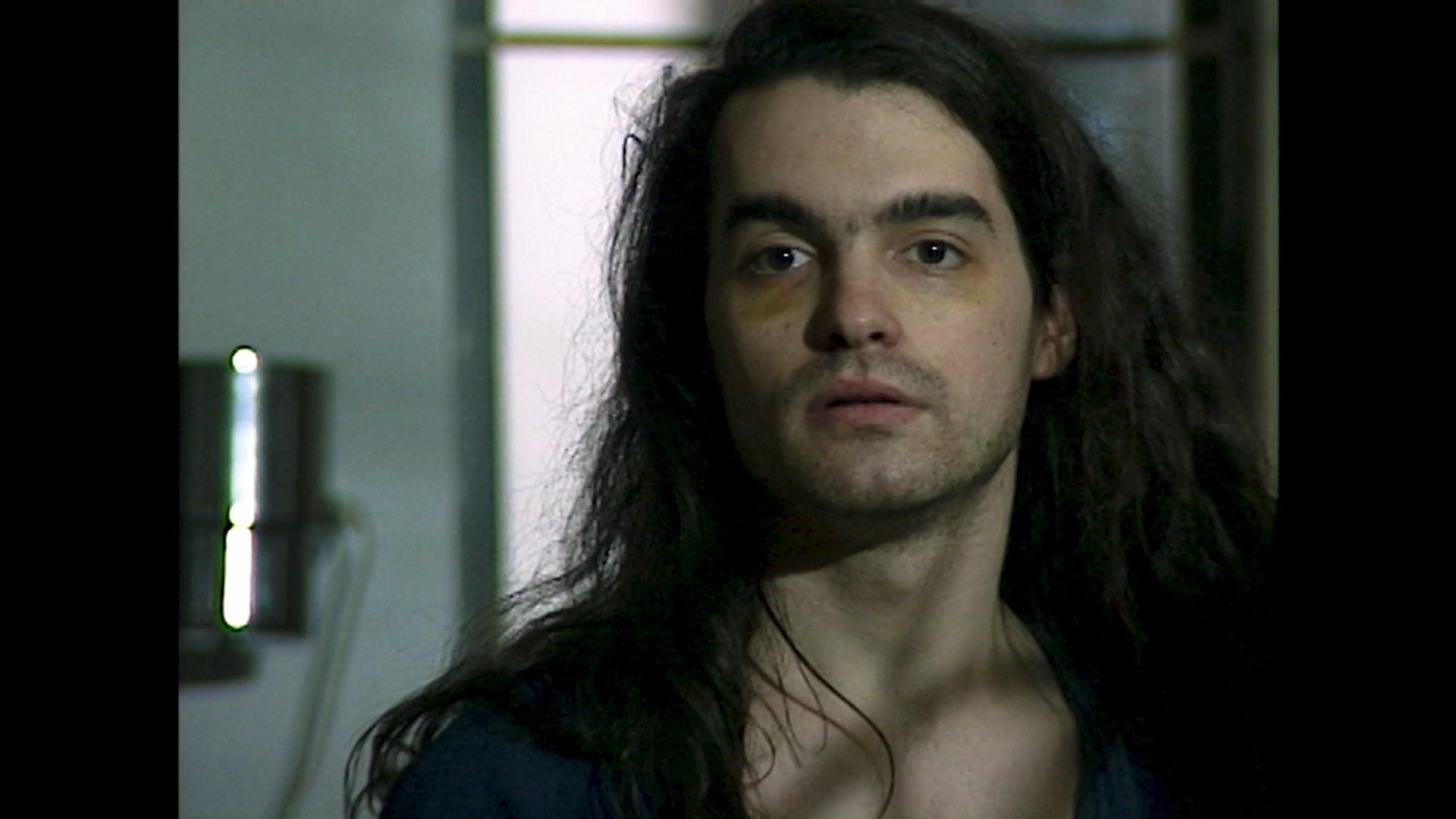 All three commentaries have been included here along with the making-of and blooper reel (with optional director commentary), the TV interview, the house tour, and the trailer. However, you also get the very 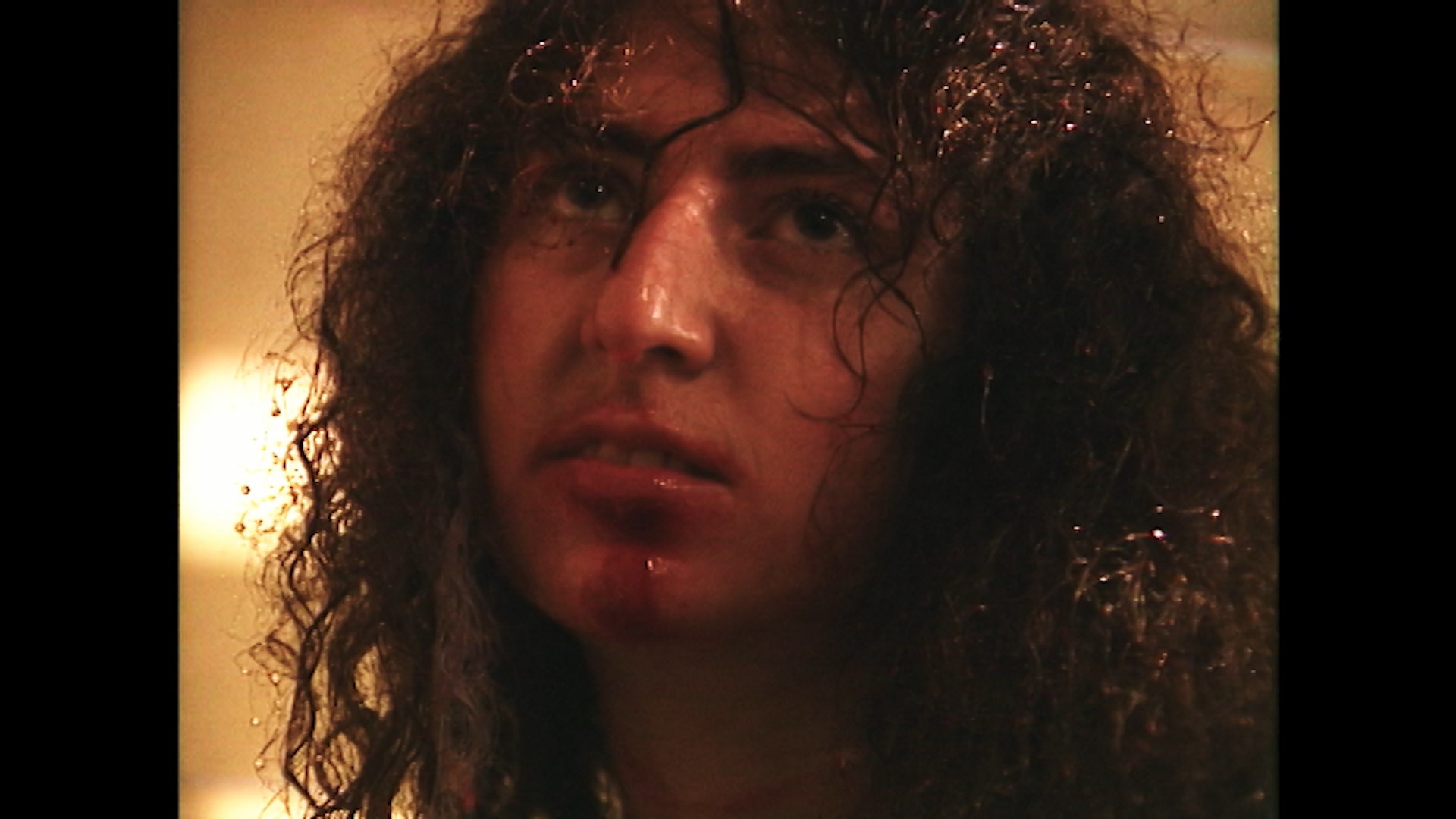 funny and enjoyable "God Still Hates You" (39m34s) a new reunion interview featurette with McCrae and cinematographer Matt Howe who talk about bonding over Cronenberg in film school and embarking on a journey that taught them how to shoot and light video in an interesting way, plus lots of stories about the casting and shooting you haven't heard before as well as the film's reception over the years leading up to the "30th anniversary next year of this abomination." Also new is "No Scars To Hide" (8m), a then-and-now look at the locations hosted by Fangoria's Michael Gingold; of course, some look very similar (such as the playground) while others... well, you'll be interested to see what time has wrought. Finally you get an early McCrae short film, "The Loner" (8m26s), with optional commentary; though considerably tamer than the main feature, it's an evocative little gang story that easily betrays the hand of its maker. Also included are bonus trailers for Mail Order Murder: The Story of W.A.V.E. Productions, Duck! The Carbine High Massacre, and Sixteen Tongues.