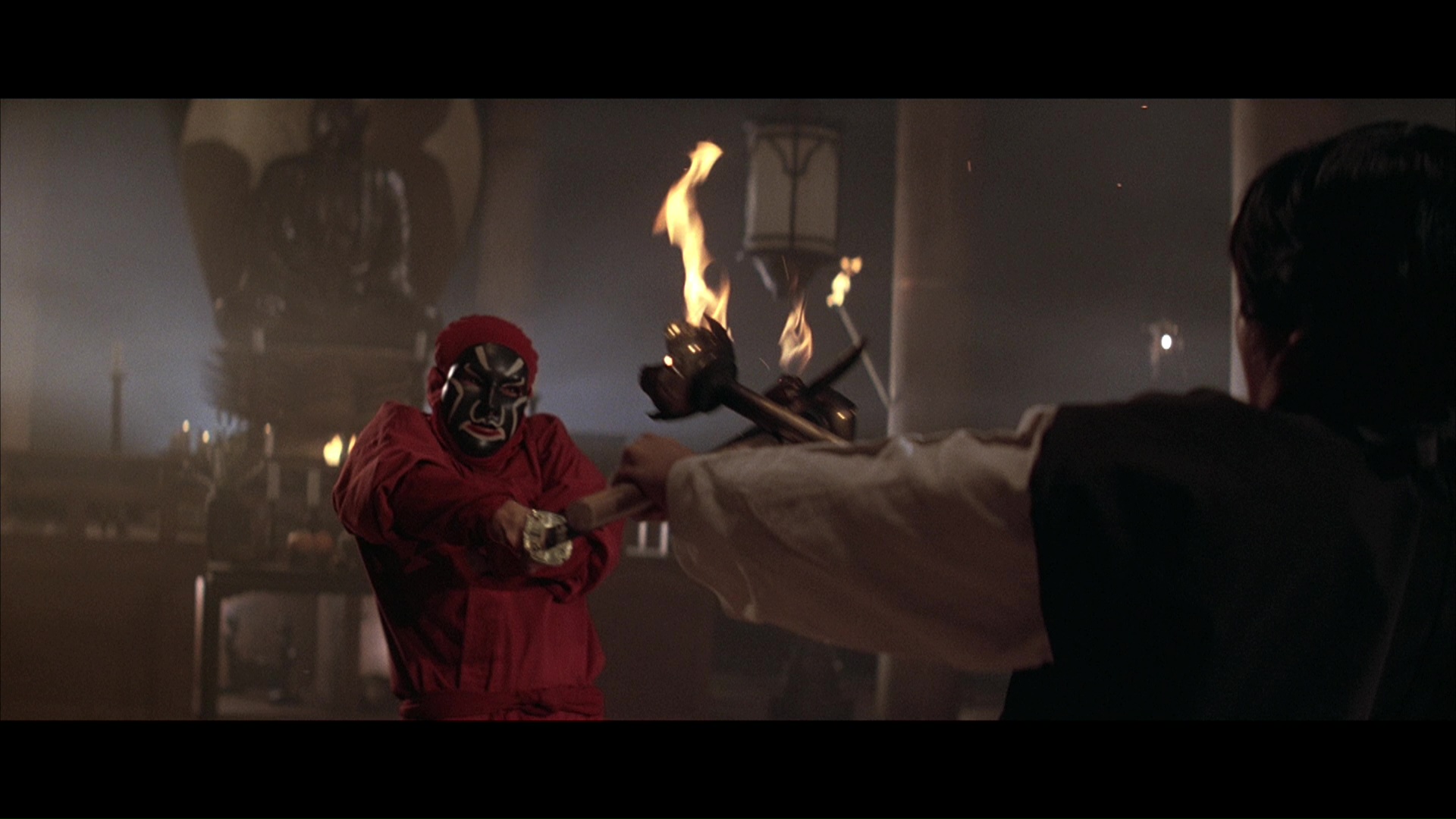 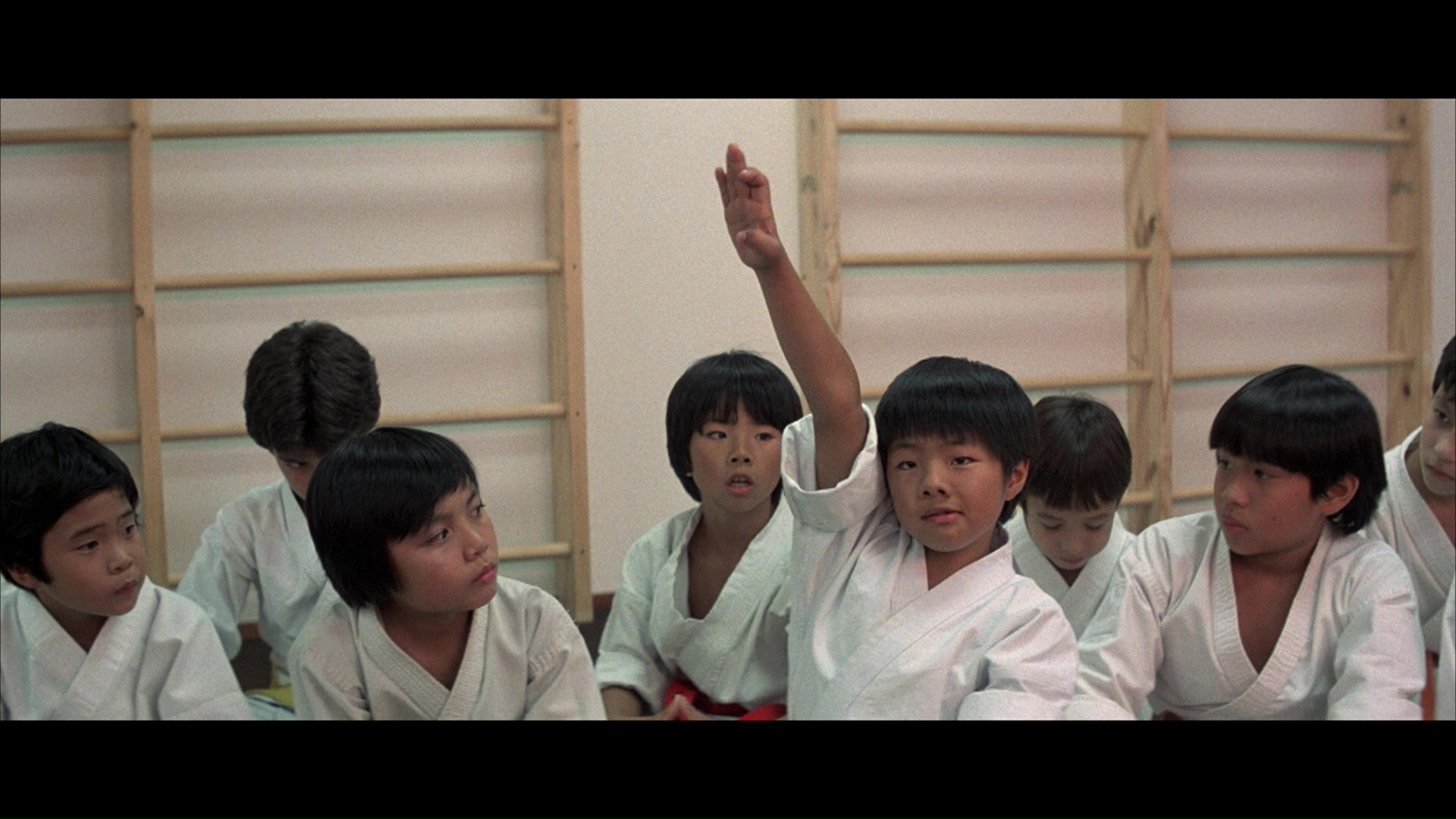 One of the greatest contributions Cannon Films gave to popular culture in the '80s (apart from breakdancingsploitation) was the modern ninja movie, bringing a craze for throwing stars and black outfits to Americans everywhere after three films starring Shô Kosugi: Enter the Ninja, Revenge of the Ninja, and the berserk action-horror hybrid, Ninja III: The Domination. However, Cannon was moving on to greener pastures after three years of ninja hits, so Kosugi took off to other studios for a pair of films in 1985: Crown International for Nine Deaths of the Ninja and Trans World Entertainment for Pray for Death. It was the latter film that finally bore the full brunt of the MPAA's growing annoyance with the hyper-violent ninja antics, which had merited some minor guts to the arterial-spraying finale of Revenge of the Ninja but nothing compared to the wholesale gutting of this film. Shorn of four minutes of mayhem (most but not all of it pretty restrained by today's standards), the film opened in a small number of theaters from TWE in its truncated R-rated form before shuffling off to a very popular home on VHS from USA Home Video. Some international versions fared even worse, with the UK losing even more footage of deadly implements to such a degree you have to wonder why they even bothered releasing it. However, when the uncut version managed to slip out on Greek VHS, everyone else realized they'd been missing a wild, violent romp worthy of Kosugi's previous classics, and demand for its uncensored release in a worthy home video format began to grow. 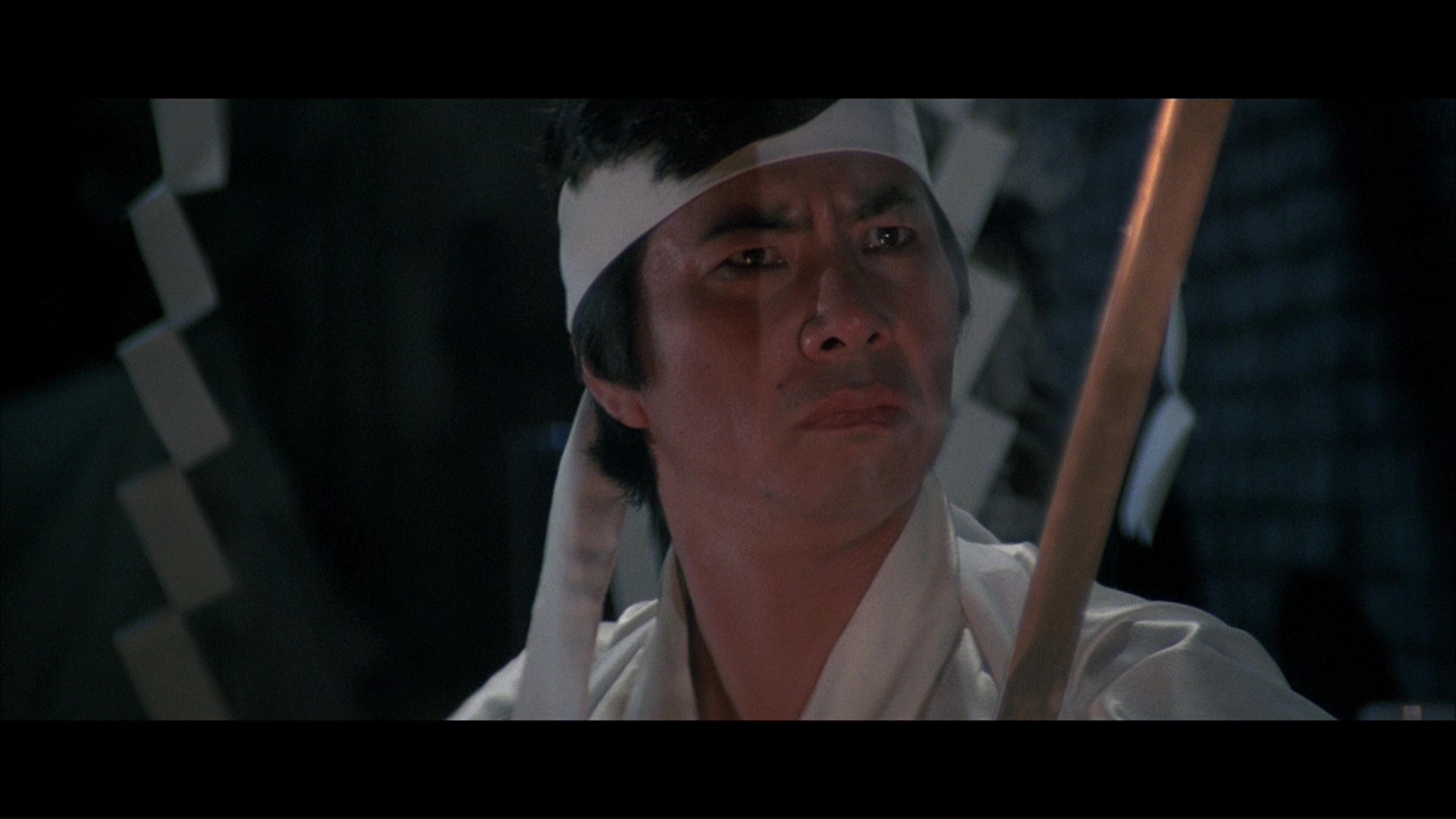 The plot here is basically another riff on the good guy ninja formula Kosugi had been building since Revenge, with him taking the lead here again as ambitious Akira Saito. Encouraged by his wife Aiko (Benz), 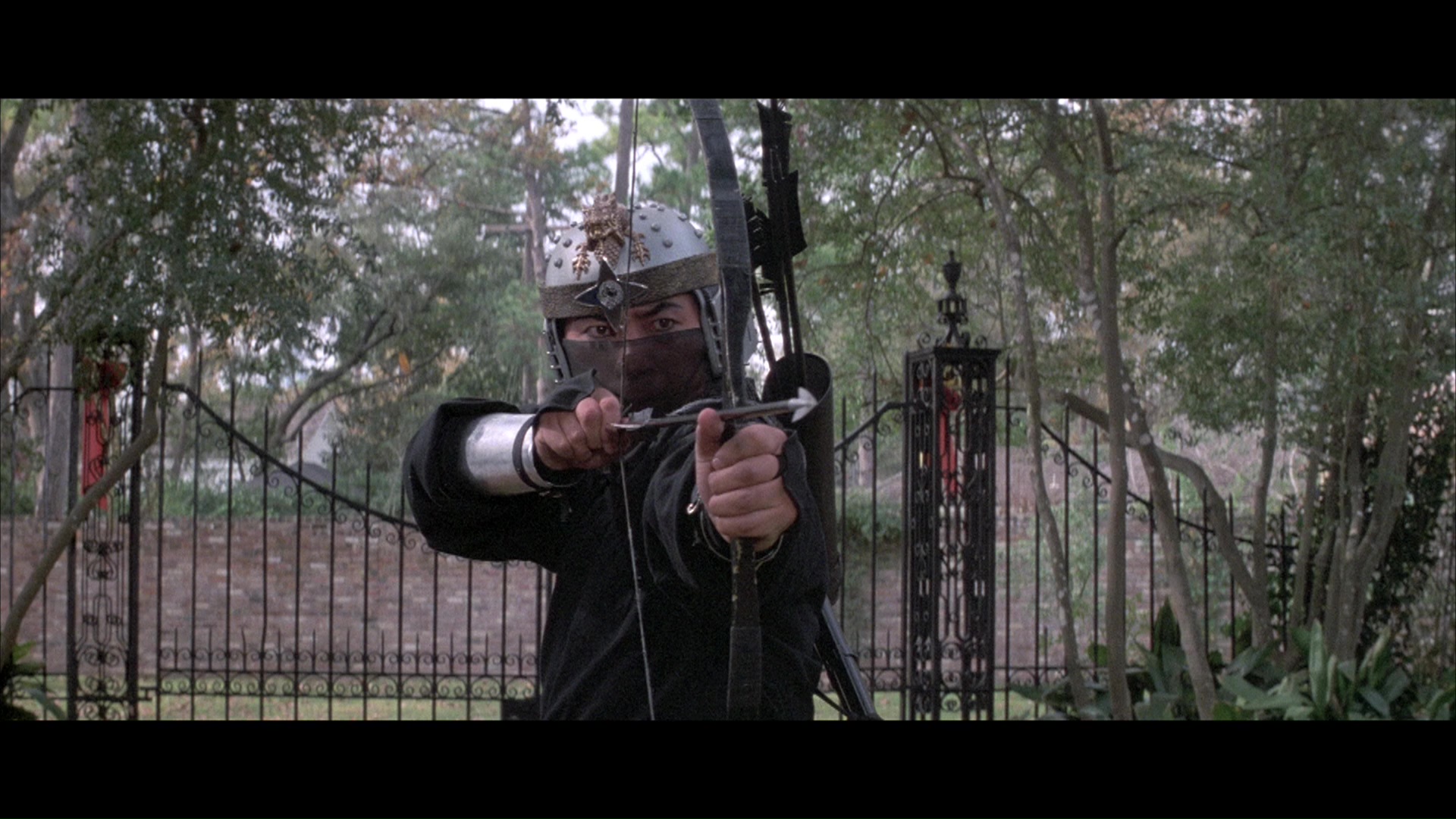 he wants to move the family (including his two kids, played by Kosugi's real-life sons) from Japan to America to start their own business; however, he's worried by all the crime he sees on TV. Sure enough, they end up accidentally running afoul of a local crime syndicate in Houston where the restaurant he tries to establish turns out to be the turf of crooked cops dealing in black market merchandise. One of the kids accidentally gets his hands on a hot necklace, which puts the whole family in the cross hairs of mob boss Limehouse Willie (Booth, who also wrote the script) and his goons. Meanwhile the kids keep watching ninja movies on TV and think their dad looks an awful lot like a star known as the Black Ninja, but he couldn't be... could he? When push comes to shove, Saito is forced to show his true colors and take on the men who have threatened the lives of his family and the future of his new life in America.

In its complete form, this one lives up to the outrageous level of its predecessors with Kosugi delivering an insane final act complete with car-flipping stunts, multiple blood squib gags, plenty of throwing stars, and a final showdown that climaxes with a particularly nasty bit of business that understandably drew most of the MPAA's ire. However, the biggest target was a brutal, surprisingly nasty scene in a hospital room (no spoilers here) that wound up hitting the 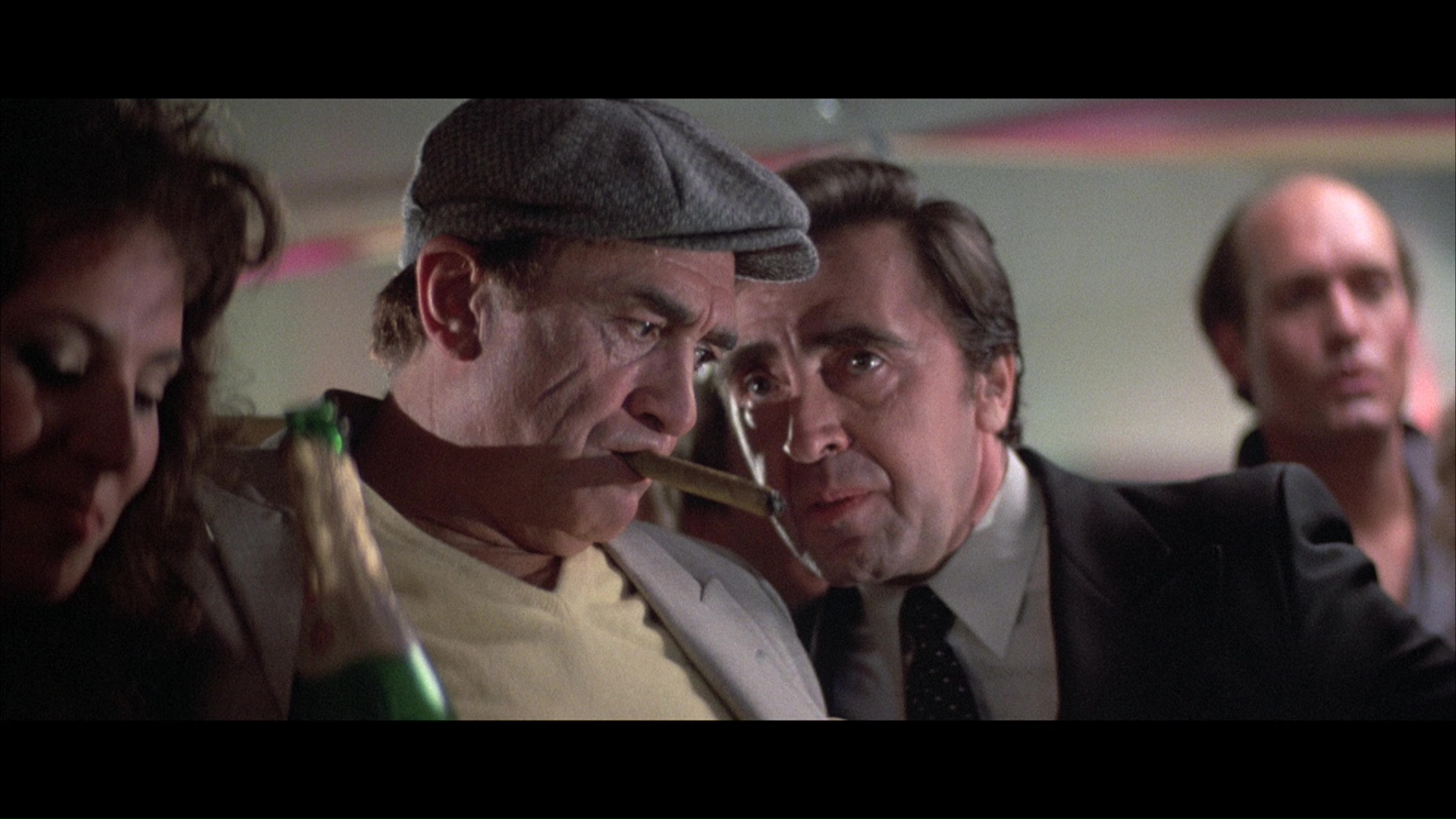 cutting room floor entirely; however, its removal really takes some punch out of the revenge portion of the storyline. Kosugi fans should definitely enjoy this one, and director Gordon Hessler (who had been doing TV work since 1973's The Golden Voyage of Sinbad) does a decent job of staying out of the way and just shooting the action scenes in ridiculously extravagant scope. Bonus points for the theme song (complete with James Bond-inspired titles), which is way catchier than it should be. 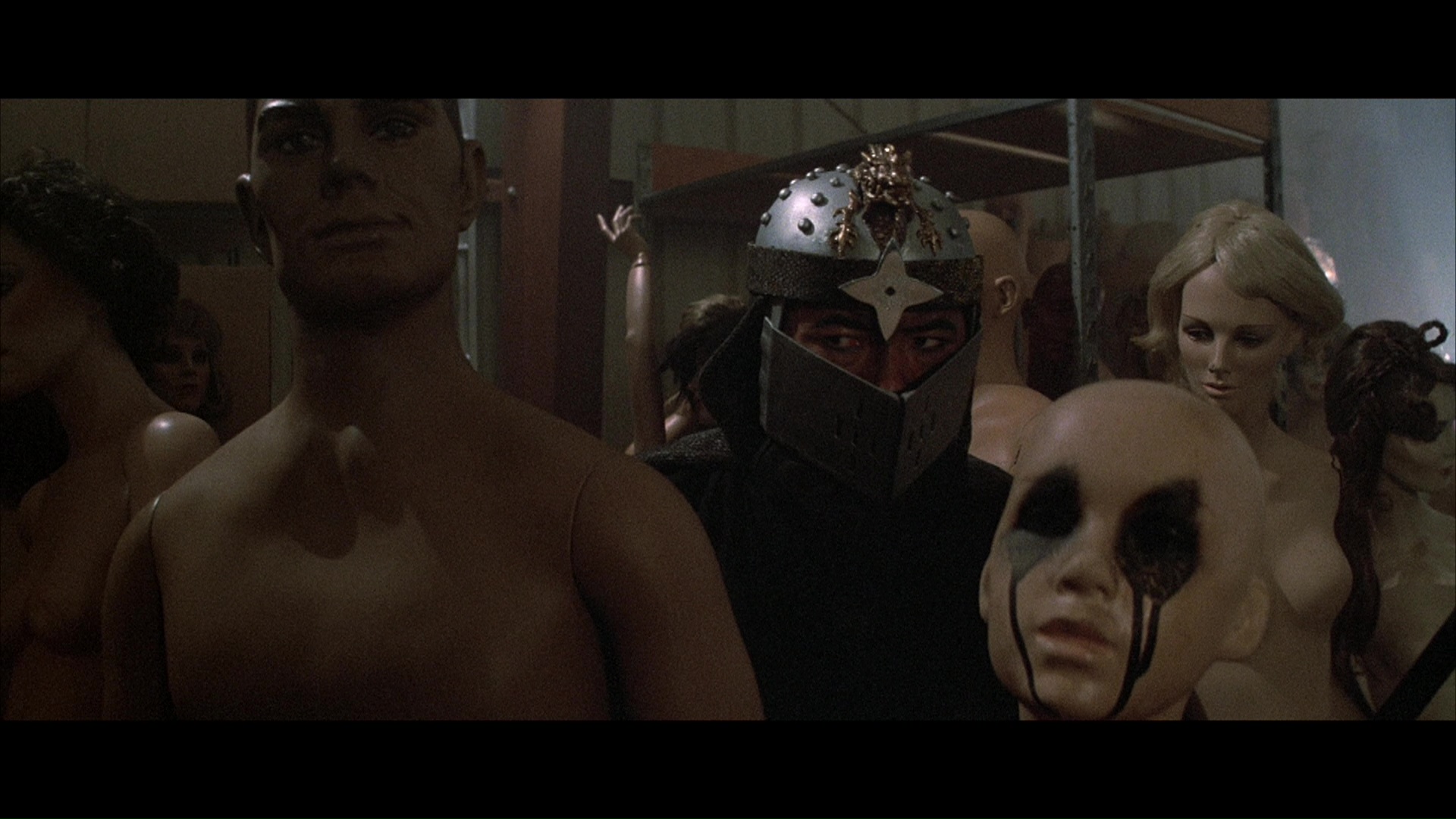 For a while it seemed like an uncut HD version of this film would be an impossibility after MGM inherited it and only supplied the usual R-rated cut on its MGM HD channel. A subsequent MOD DVD edition was still cut, but all that changed when Koch Media announced a mediabook release containing Blu-ray and DVD discs with both the unrated and R-rated versions. That turned out to be true thanks to the discovery of a nice quality French print with all the extra footage, and while it looks a bit darker than the rest of the gorgeous transfer from MGM's negative, the restoration is a very welcome one indeed. Also on that disc is a stills gallery and one great video bonus: an archival Kosugi interview from the public access New York TV show The Martial Art Forms. This great 18-minute piece of mid-'80s pop culture strangeness features Kosugi plugging this film while carrying his sword and helmet in the studio, and there's also some great footage of Kosugi reenacting the opening credits in front of the screen at the film's New York premiere. Soon after that 101 Films released its own no-frills Blu-ray in the UK, but it's the standard R-rated cut and should be skipped unless you have no other options. 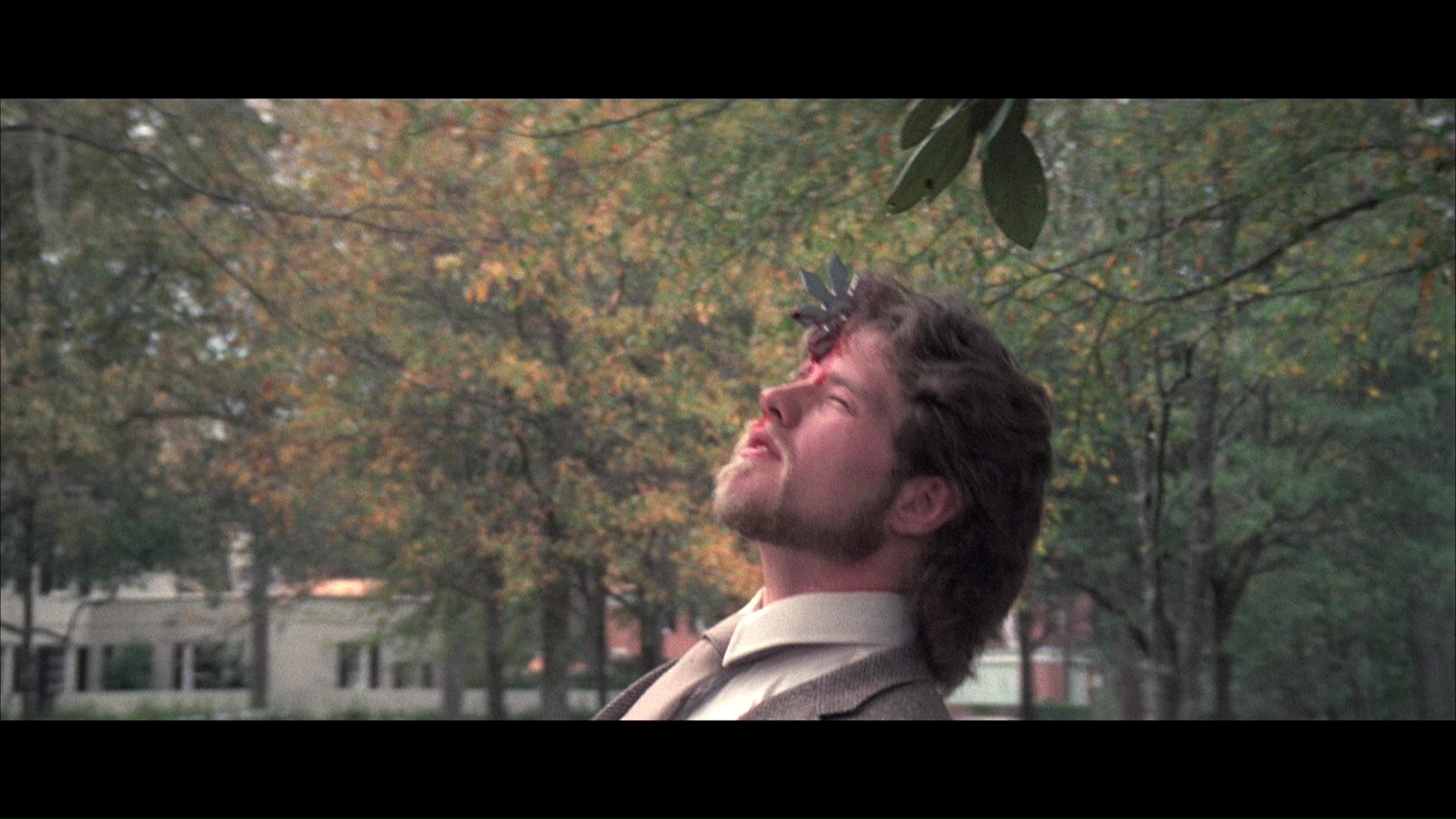 Thankfully the film's fate on Blu-ray in the U.S. turned out to be much better than the one on DVD with the 2016 release from Arrow Films, a rare case of them releasing a film in the U.S. but not the U.K. The unrated version is presented here as the default viewing choice, culled from the same nice master with what appears to be a little bit of additional clean up work and a very high bit rate (just a notch above the already robust one on the German disc. Optional English subtitles are provided for the DTS-HD MA English audio, which sounds clear as a bell. The R-rated version is also included via seamless branching as the first special feature. The one main new video extra here is "Sho and Tell Part 1," the first half of a two-part career retrospective with the world's favorite ninja actor. Shot in Japan, it's a pretty fascinating 19-minute peek at how he started training as a skinny kid taking martial arts classes, then progressed with his family's support to winning tournaments and making the move to Los Angeles in the late '60s as he went from teaching to becoming a Cannon movie star. The Franco Nero stories are good, of course, and he seems very cheerful about the whole experience of making Enter the Ninja. The essential Martial Arts Forum appearance is carried over here in all its priceless lo-fi glory, and finally you also get a gallery of Kosugi trailers including Enter the Ninja, Revenge of the Ninja, Pray for Death, and Kosugi's other TWE film with Hessler, Rage of Honor. As usual there's a reversible sleeve with the original poster art and a new, earth-toned design by Matthew Griffin, while the insert features a relevant sample from Kosugi's upcoming biography.