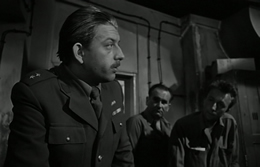 Boasting one of the most impressive Eastern European video catalogs in DVD history, the UK label Second Run has done as astonishing job of collecting films both known and overlooked from such countries as Poland, Hungary, and Czechoslovakia. While they're usually known for releasing carefully-appointed editions of single titles, they offer even more bang for your buck with this quartet of Polish classics, all shot released within two years of each other a 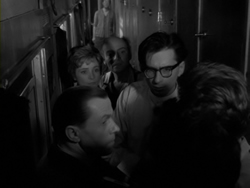 vailable as of this writing only together in one boxed set. Three of them feature one of the country's most famous actors, Zbigniew Cybulski (star of The Saragossa Manuscript and Ashes and Diamonds), while two also feature supporting performances by a young Roman Polanski.

The earliest title, 1958's Eroica, offers an appropriate starting point as it presents two different scenarios revolving around World War II. The first tale, "Scherzo alla Polacca," concerns a deserter (Dziewonski) named "Ninny" in Warsaw who decides to make a different kind of contribution to his people while finding a way to drop out of society altogether. The second, "Ostinato Lugubre," is more elaborate as it depicts a group of captured, deeply agitated Polish officers in a German POW camp debating whether to follow the path of a colleague who escaped but may not have survived long enough to get home. Director Andrzej Munk is usually better known for his dark satires, and elements of that come through here as well thanks some mordant dialogue and more than a few ironic little story twists as it debates the nature of heroism (as reflected in the title itself). Sadly, Munk died in a traffic accident three years after this film, cutting his career short after only five films including Bad Luck, Man on the Tracks, and Passenger. The DVD features an excellent anamorphic 1.66:1 transfer from the 2011 restored edition of the film, complete with additional credits at the end. The mono Polish audio track is presented with optional English subtitles, and the sole extra is an 18-minute short film, "A Walk in the Old Town of Warsaw," in which a little blonde girl interrupts her daily lessons to walk through the wrecked postwar regions of the title 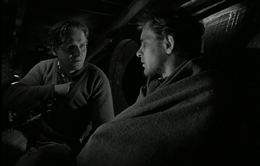 city while also seeing how the area is pulling itself back together.

The following year's Night Train is easily the most accessible and commercial offering of the set and will be a highlight for many viewers. A striking blend of suspense film, character study, and social commentary, it sort of plays like a starker, Communist version of the train sequence from North by Northwest. A mysterious man named Jerzy (Niemczyk) boards an overnight train on the Baltic Coast and is annoyed find a blonde woman, Marta (Winnicka), sharing his compartment. Meanwhile the train is abuzz with news of a murderer on the loose who had just killed his wife, and police are on board hunting him down. Marta also seems to have something to hide with her dogged ex (Cybulski) also on board, and soon both situations start to close around them as they get to know each other better. Featuring an intriguing structure, the film takes a surprising detour a lit 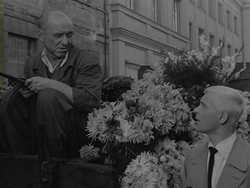 le over an hour in with a Rod Serling-style study in mob behavior that takes the action off the train (temporarily); it's a daring gambit that will frustrate some viewers with another big chunk of the story left to come, but it results in an unpredictable and fascinating film certainly worth exploring. Again the disc features a newly-restored print in the original 1.33:1 aspect ratio, complete with restoration credits and optional English subtitles. Image quality is very impressive throughout. The one extra is a six-minute "About Night Train" featurette (anamorphic 1.78:1), with critics and filmmakers discussing the film's place in the Socalist Realism movement. Apparently it's actually a segment from an upcoming film called My Seventeen Lives about the film's director, Jerzy Kawalerowicz, which is due to be released by Second Run in 2012. 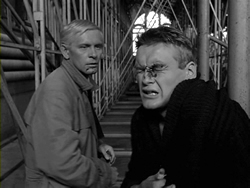 The big heavy hitter here for film students comes with the third film, Innocent Sorcerers, from the great director Andrzej Wajda (Ashes and Diamonds, Danton, Kanal). Additional cachet comes from the screenplay co-written by Jerzy Skolimowski (Knife in the Water, Deep End), who also appears briefly onscreen as a boxer, and Jerzy Andrzejewski (Ashes and Diamonds), as well as an effective jazzy score by Krzysztof Komeda, who went on to score Repulsion, The Fearless Vampire Killers, and Rosemary's Baby before his extremely untimely death. Cybulski returns here again for a study in modern youth revolving around a recent med school graduate, Bazyli (Lomnicki), who also plays in a jazz combo at night as a drummer. While fending off the advances of a variety of young women, he becomes fixated on one beauty named Pelagia (Stypulkowska) and embarks on a night of flirtation and psychological gamesmanship. While Wajda's films aren't usually regarded as upbeat pop culture experiences, this one certainly qualifies as it takes on an almost Truffaut-like energy following its youthful subjects through the damaged but recovering streets of Warsaw. 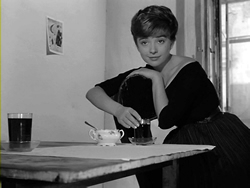 It's pretty much impossible for a film with talent of this caliber in front of and behind the camera to stumble, and indeed, it's as good as you'd expect.Also available in the U.S. as a far more expensive and vastly inferior, PAL-converted release from Facets (as is Night Train), this one has undergone a very impressive spit and polish from Second Run and looks terrific indeed. The extra here is a great 20-minute interview with Wajda about the film, mainly discussing the attitudes and styles of the younger generation at the time and their rebellion against the "boring" norms of the time.

Though not directed by Wajda, the same year's Goodbye, See You Tomorrow reunites several players including Cybulski, Polanski, and Komeda, while similarly depicting a young romance among the Polish youth. This time Cybulski gets star billing as well as a co-screenwriter credit as Jacek, an aspiring theater actor who falls for an impetuous young French woman named Marguerite (Tuszynska). Apparently not discouraged by her namesake from Camille, he pursues her and gets to know her through a series of encounters across the city. Loose, whimsical, and bittersweet, it's a minor little film compared to the trio before it but makes for a nice little chamber piece to close out the set. The restoration again looks excellent, especially given that this is easily the rarest title in the set (previously available only as a Polish DVD). For some reason the transfer has an odd peach and lime tint to it, so you may want to crank down the chroma on your TV set for a more satisfying viewing experience. Otherwise, it looks great. No extras on this one, but each disc also comes with a separate liner notes booklet including essays by Michał Oleszczyk, Dr. César Ballester, and Michael Brooke.