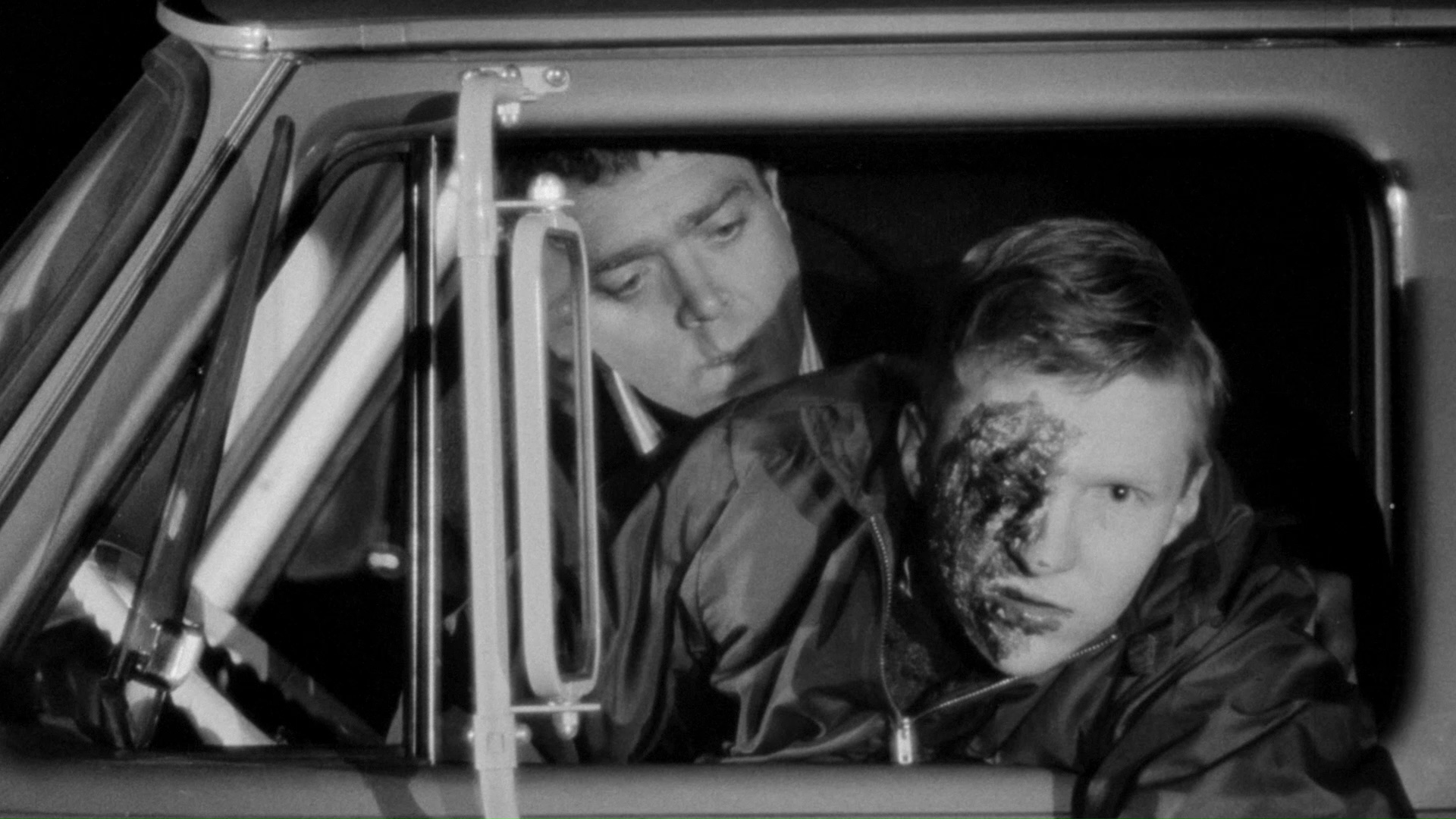 he couldn't make much of a 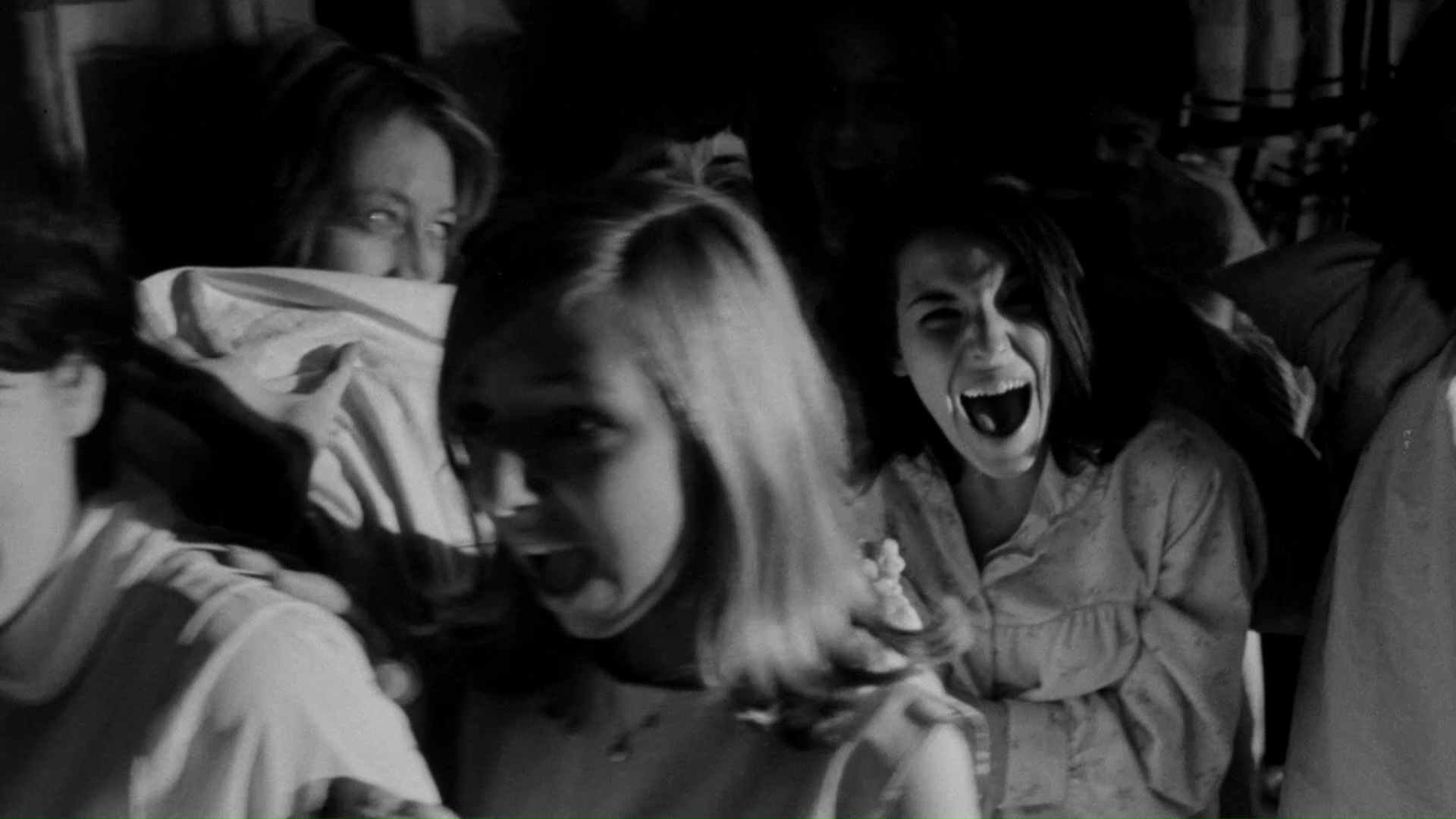 splash with his long-shelved debut feature, I Eat Your Skin, actor-turned-producer/director Del Tenney went back behind the camera for two considerably more interesting gore-spattered shockers paired up as a double bill on their first run where they shocked viewers who probably hadn't yet run into H.G. Lewis' Blood Feast. Reunited again on DVD, these 1964 wonders are still quite startling with their strong injections of gore and sexuality into films that otherwise feel like quaint AIP-style romps. By far the more infamous of the two is The Horror of Party Beach, which managed to combine the "Beach Party" antics popularized by Frankie and Annette with the radioactive horrors which rose to prominence in the Atomic Age. (In turn, this film inspired a whole new wave of beach monster films, commencing with 1965's Beach Girls and the Monster.)

The story is basically another variation on that old chestnut about radioactive waste getting dumped into the ocean, where horrific creatures are spawned and go on a murderous rampage. Fortunately the local teen population tends to hang out and practice their swinging dance moves on the beach, so the bikini-clad pickings seem to be prime. The first to go is pretty Tina (Clark), whose lunkhead jock boyfriend Hank (Scott) enlists the aid of Elaine (Lyon) and her scientist dad (Laurel) to figure out who's responsible for the crime. Meanwhile the monsters pick off an entire slumber party and show no signs of slowing down!

Fun and irredeemably trashy, The Horror of Party Beach goes straight for the teen-audience jugular by packing in music numbers (including the catchy "Zombie Stomp" and a soundtrack composed by none other than future adult 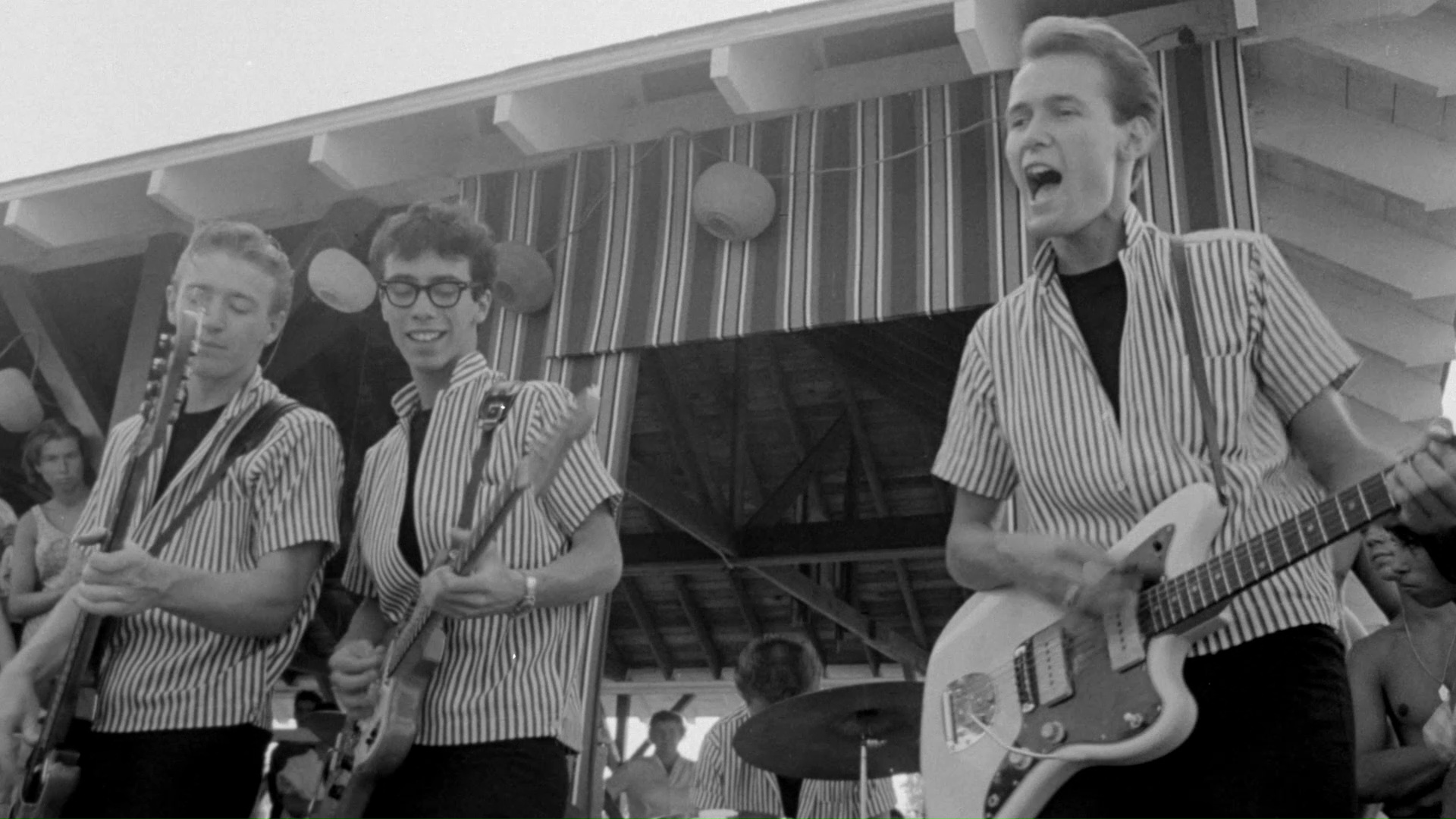 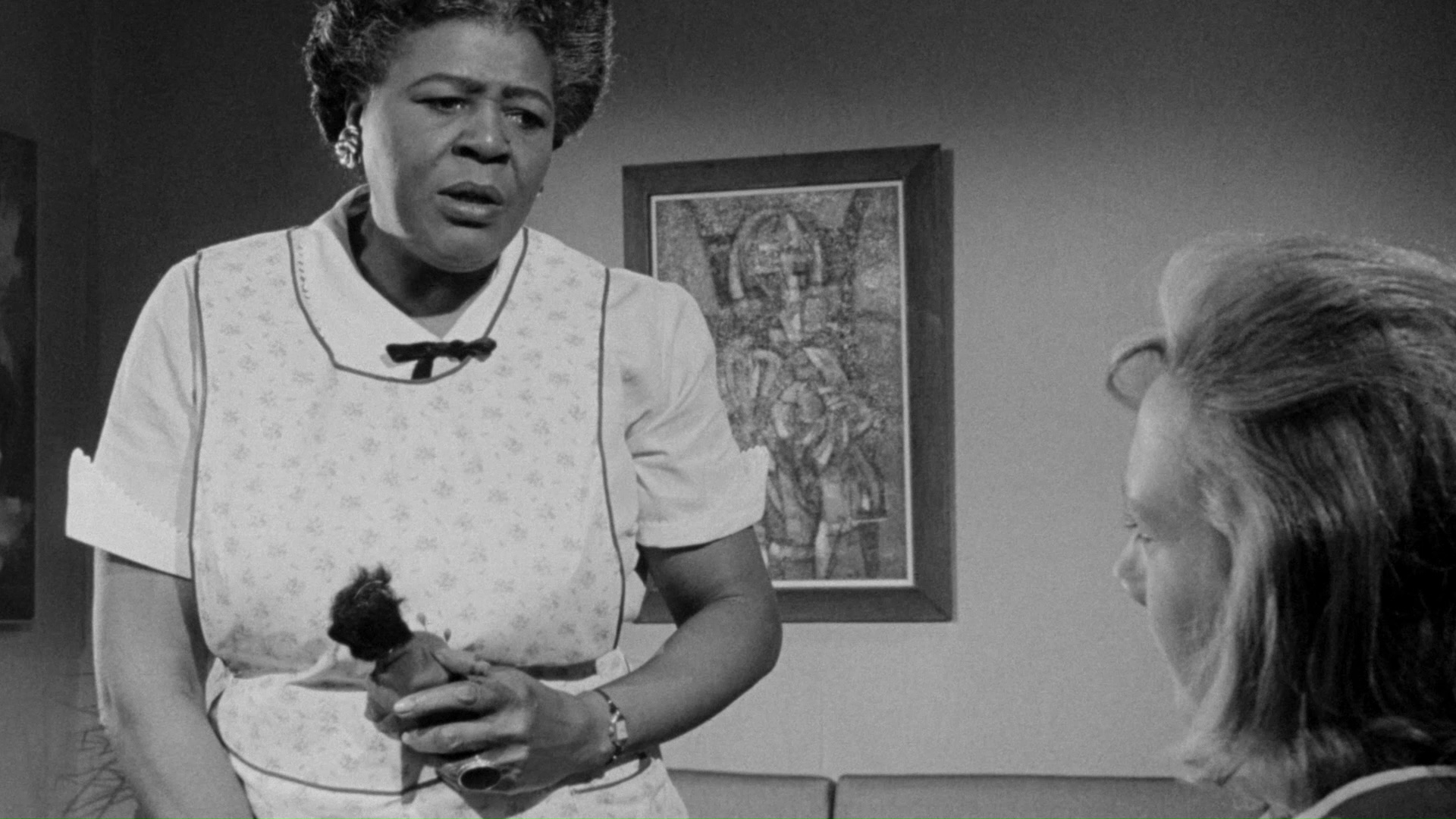 pretty much impossible to see uncut for years after its initial run, with TV prints and all VHS releases (except for one edition in Canada) dropping all of the bloodshed including the entire slumber party sequence. Easily the film's horrific high point, this weird, semi-expressioinist highlight takes place almost entirely in darkness with jarring views of the girls' mutilated bodies, intercut with shots of the monsters' shadowy figures and groping hands. Quite disturbing on its own terms, this passage is even more effective given the fairly innocuous, upbeat material surrounding it.

Dark Sky's 2006 DVD restored all of this footage, which made up a bit to help the film's reputation after years of savaging in the wake of its mutilated appearance on Mystery Science Theater 3000. Its co-feature both in theaters and on that DVD, The Curse of the Living Corpse, fared better with the censors over the years, though it still boasts a few moments of brutality capable of raising an eyebrow. Once again the story is no great shakes, basically a bloodier rehash of a typical old dark house potboiler as we open with the funeral of wealthy Rufus Sinclair, whose 19th century estate now harbors a horde of greedy relatives eager to hear the reading of the will. However, the catatonically-inclined Rufus was pathologically afraid of being buried alive and indicated certain precautions in his last will and testament; unfortunately, his wishes were ignored, which means his threats of rising from the dead to kill everyone off one by one might be fulfilled. Indeed, the ensuing hours become a bloodbath as victims 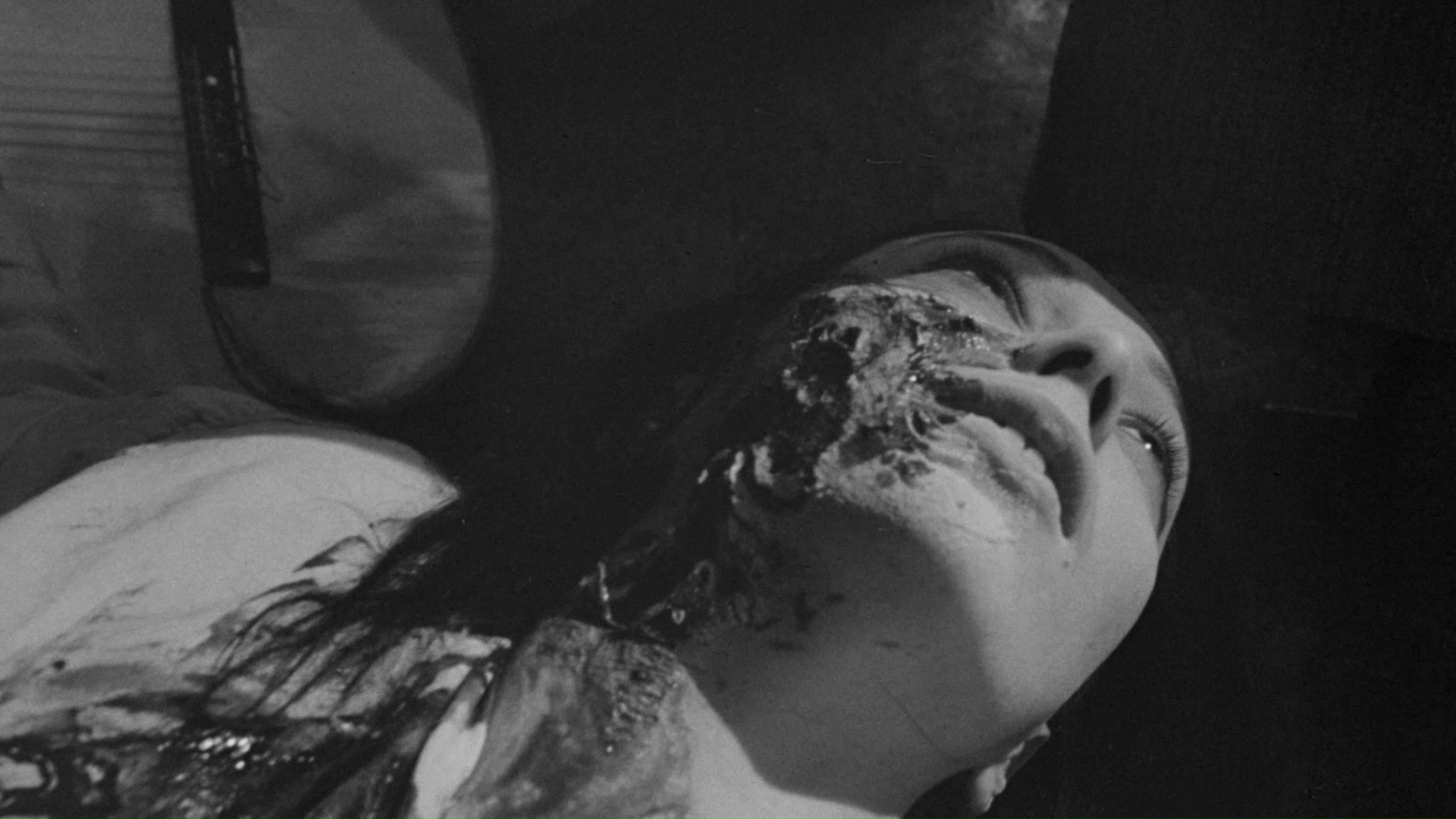 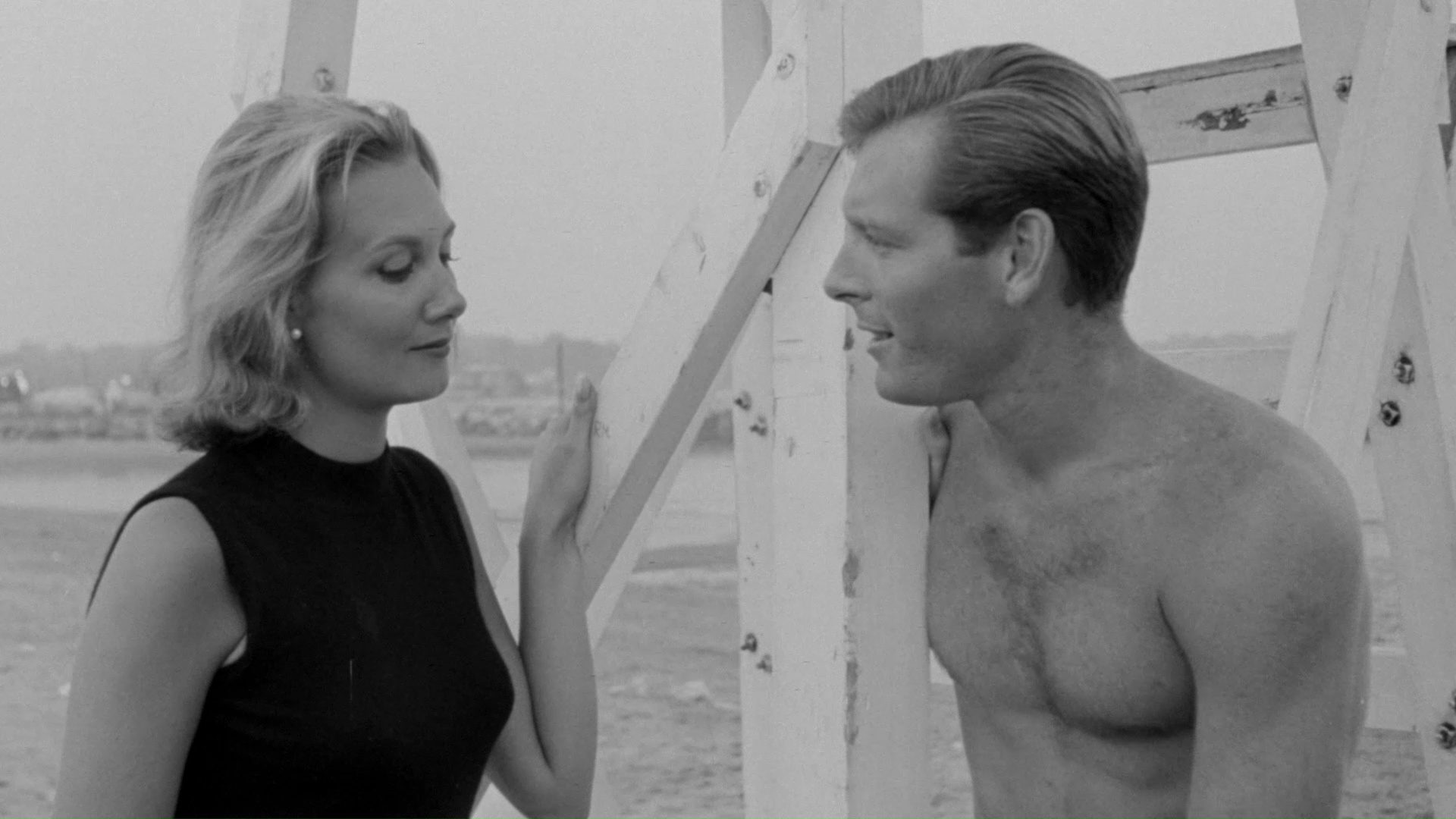 offspring to the hired help become prey for a ruthless, cloaked killer who feeds on the victims' worst fears. Considerably more ambitious and artistically accomplished than its companion film, Curse features a nice period mood and some decent performances, including a prominent role for a pre-Jaws Roy Scheider in his feature debut and a mostly wasted turn by a post-Carnival of Souls Candace Hilligoss. The relaxing censorship standards of the time mean that Tenney can indulge in a bit of skin and some ghoulish visuals, including facial mutilation and the film's most famous image, a sexy maid's head getting served up on a silver platter. As far as atmospheric post-Psycho shockers go, this would also play quite nicely with the likes of Dementia 13 or Paranoiac. In turn, you don't have to stretch much to see the influence of this film and its ilk on '70s Z-budget stalwart Andy Milligan, whose Ghastly Ones owes a particular debt to this film's violent shenanigans. Presented with anamorphic widescreen transfers initially prepared for the Monsters HD channel, the DVD features crisp, clear editions of both films. The widescreen framing looks fine throughout Party Beach; however, the framing occasionally looks tight on Curse (which is usually screened open matte on TV, and in fact, the main titles here are still shown pillarboxed at 1.33:1) but not enough to really detract from the film. The features also include optional English subtitles, so you can practice your hipster lingo next time you head to a beach party. The still-busy Tenney pops up quite a bit on the DVD, offering thorough audio commentaries for both features as well as a video interview. He covers all the bases here, from financing to distribution to the funny little problems faced with mounting two horror films on limited means. The original trailers for both films are also included. 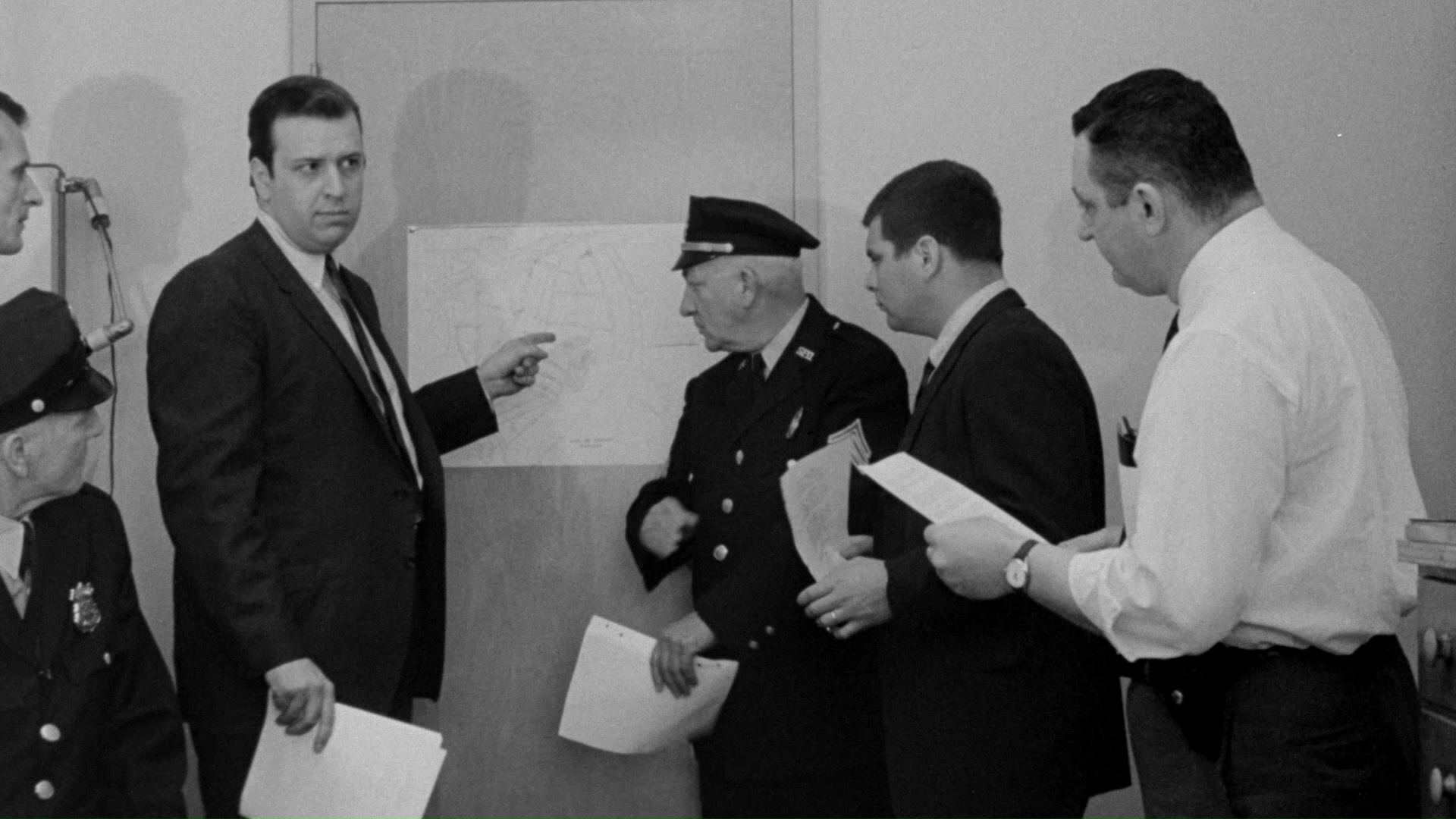 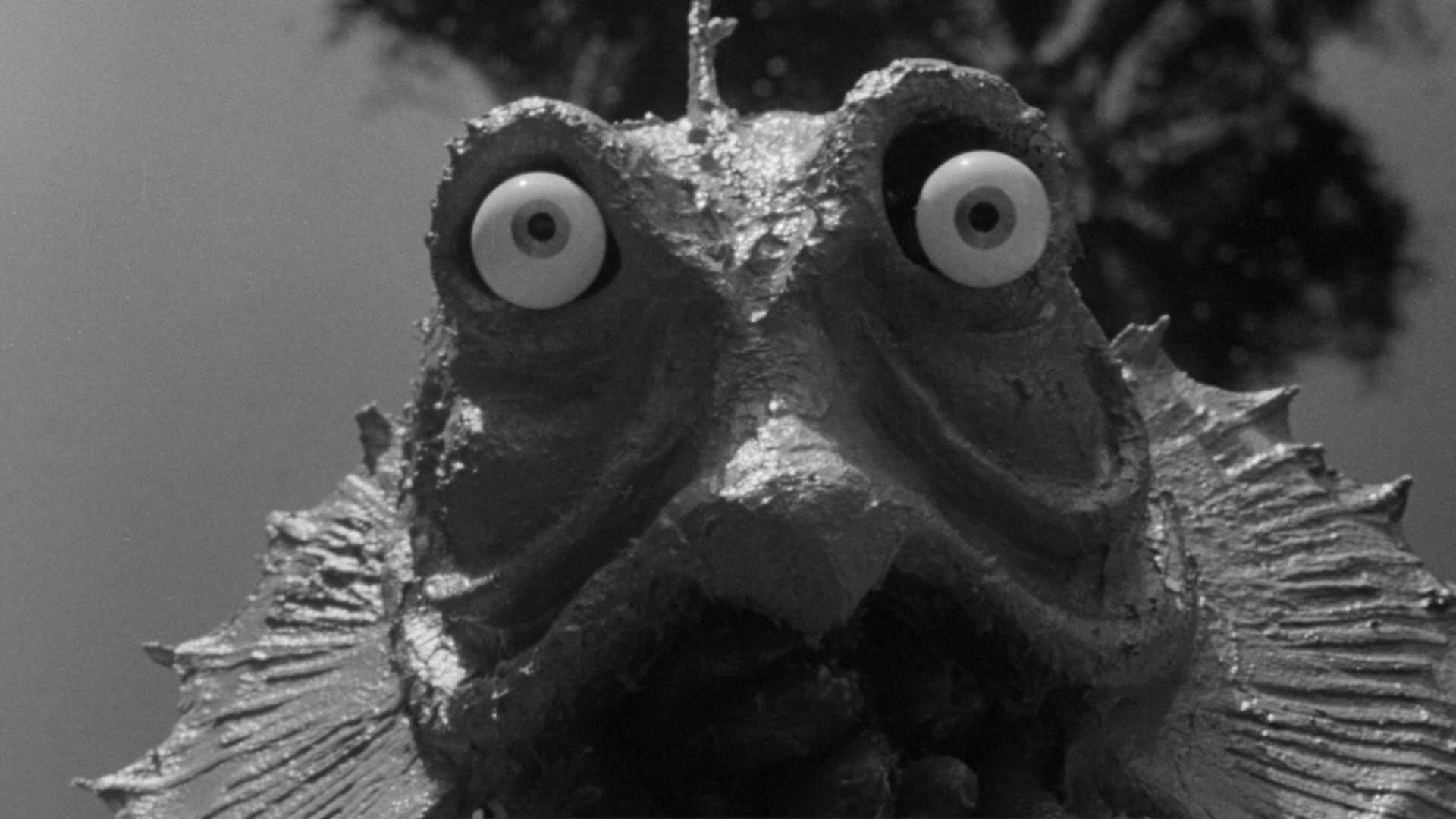 In 2018, The Horror of Party Beach struck out on its own for a solo reissue from Severin Films as separate Blu-ray and DVD editions as well as a Bundle of Party Beach option including an inflatable beach ball and an enamel pin. Boasting what's touted as a new 2K scan of the original negative, it looks about as immaculate as it probably could; if you're familiar with the film's history it's a pretty eye-popping presentation with the deeper blacks in particular giving it a richer but still scrappy feel. English SDH subtitles are provided for the English DTS-HD MA mono track, which sounds fine for what it is. Ballyhoo Motion Pictures' "Return to Party Beach: A Retrospective Documentary on The Horror of Party Beach" (16m26s) features narration by Tom Weaver tying together a comprehensive overview of Tenney's career leading up to this film, with a wealth of photos and an interview with wife Margot Hartman charting the challenges of the production including the perilous drag racing scene, monster suit mishaps during filming and public promotion for distributors, and vagaries of shooting on the beach. Next up, band members Bobby Osborne and Ronnie Linares share their rock 'n' roll heyday in the lively "It’s the Living End: An Encounter with The Del-Aires" (4m27s) from their musical childhoods to their days playing in a band part time while working regular jobs. And yes, you get a new rendition of "Zombie Stomp." In "Shock & Roll" (7m42s), Tim Sullivan chats a bit about the advent of drive-in hits (a charge led by AIP) coinciding with the teenage thirst for rock and roll music, a relationship that would continue for years with films like Dracula A.D. 1972 and Scream and Scream Again and on into the MTV era. The very rough-looking theatrical trailer is also included along with the Tenney interview (9m2s) from the DVD.