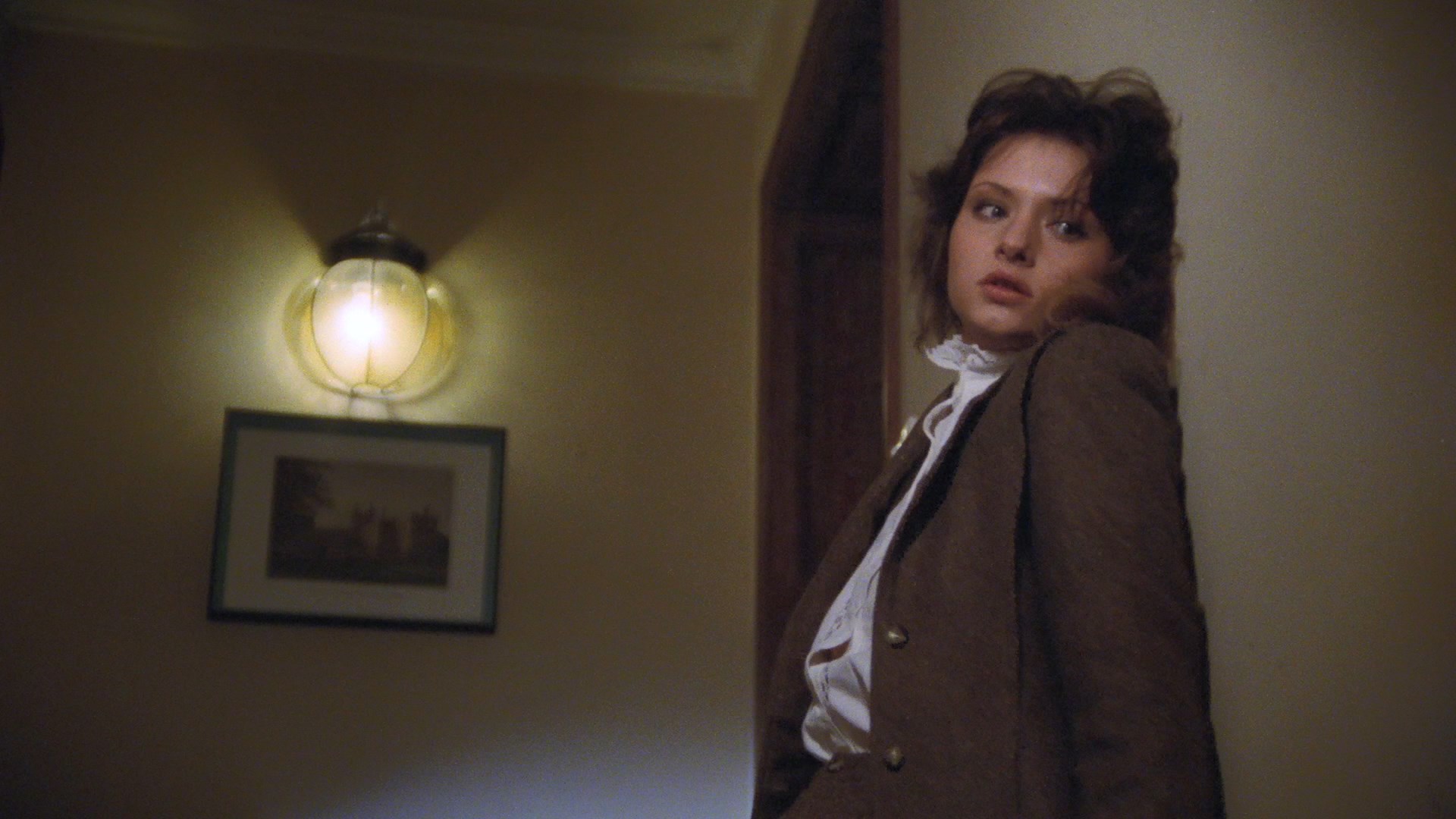 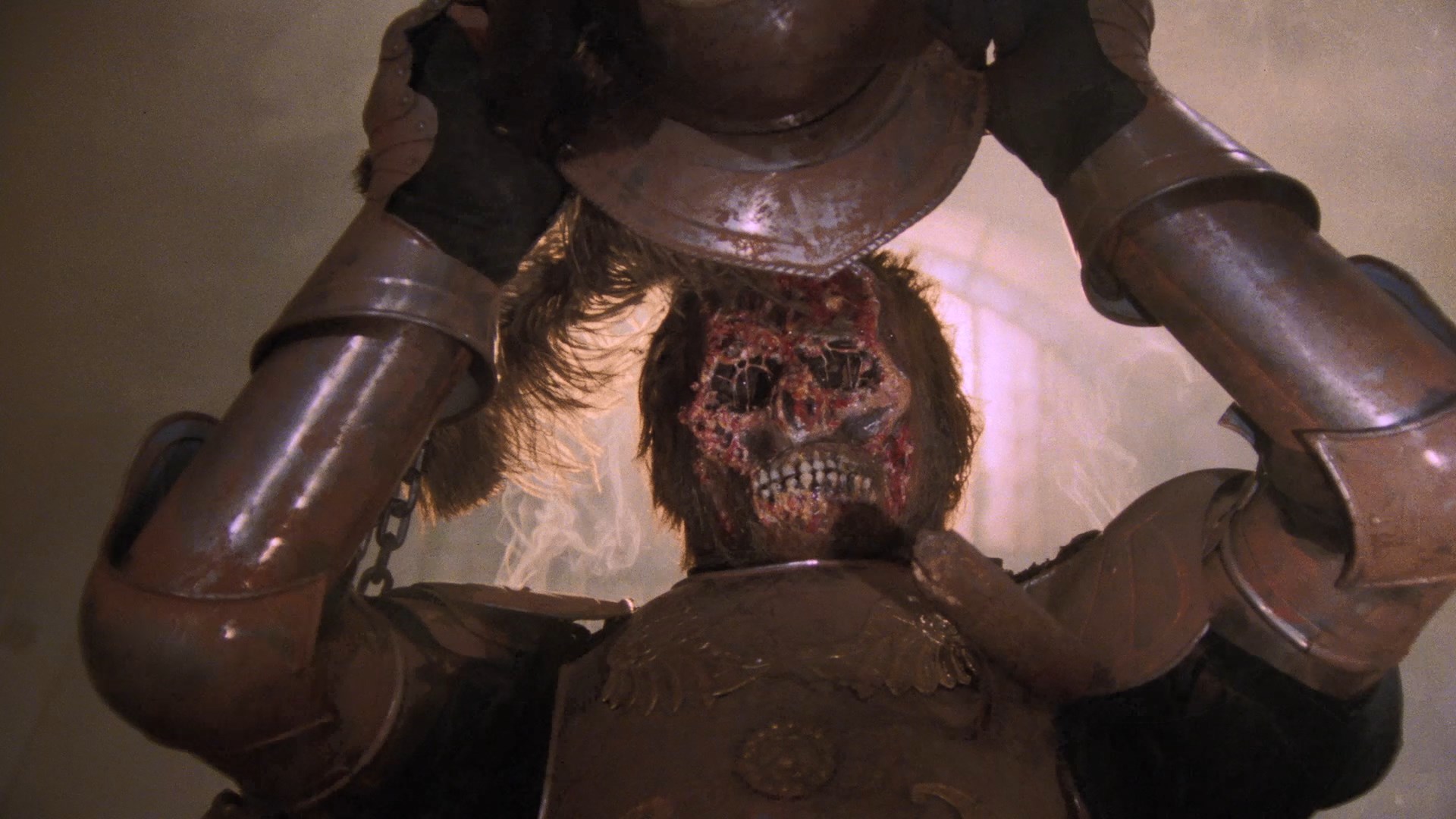 quite as happy as they appear; Paul's business is in trouble and he's having a fling on the side with Julie (Ondiviela), a sexy young schemer who's more than happy to help Paul bump off his frail wife. Fortunately Paul happens to be a descendant of Alaric de Marnac (the medieval fiend played by Naschy in the earlier Horror Rises from the Tomb), and legend has it that Alaric returns in knight gear once every century to clean house of anyone making life miserable for the family. Other players in the household include Paul's secretary and occasional mistress Mirielle (Miro) and the creepy housekeeper Mabile (Gaos), who has a habit of popping up in Julie's nightmares with a bleeding slit throat. Soon death strikes in this cursed household as the knighted terror returns, but all is not as it seems...

Having thoroughly explored the possibilities of transposing the classic Universal monsters to Spain with his series of Waldemar Daninsky werewolf films and one-offs like Count Dracula's Great Love, here horror icon Naschy takes a stab at William Castle territory with this fast-paced, nasty, and thoroughly enjoyable fusion of The Tingler and House on Haunted Hill. With its scheming lovers, trippy dream sequences, and even a woman terrorized by a ghoul rising from a bathtub and other horrors lying in wait outside, this ode to the master of screen gimmickry features enough knots in its plot to keep viewers guessing. Even the over-the-top finale is pure Castle, with supernatural horror and murder mystery shenanigans finally swirling together to produce a hefty 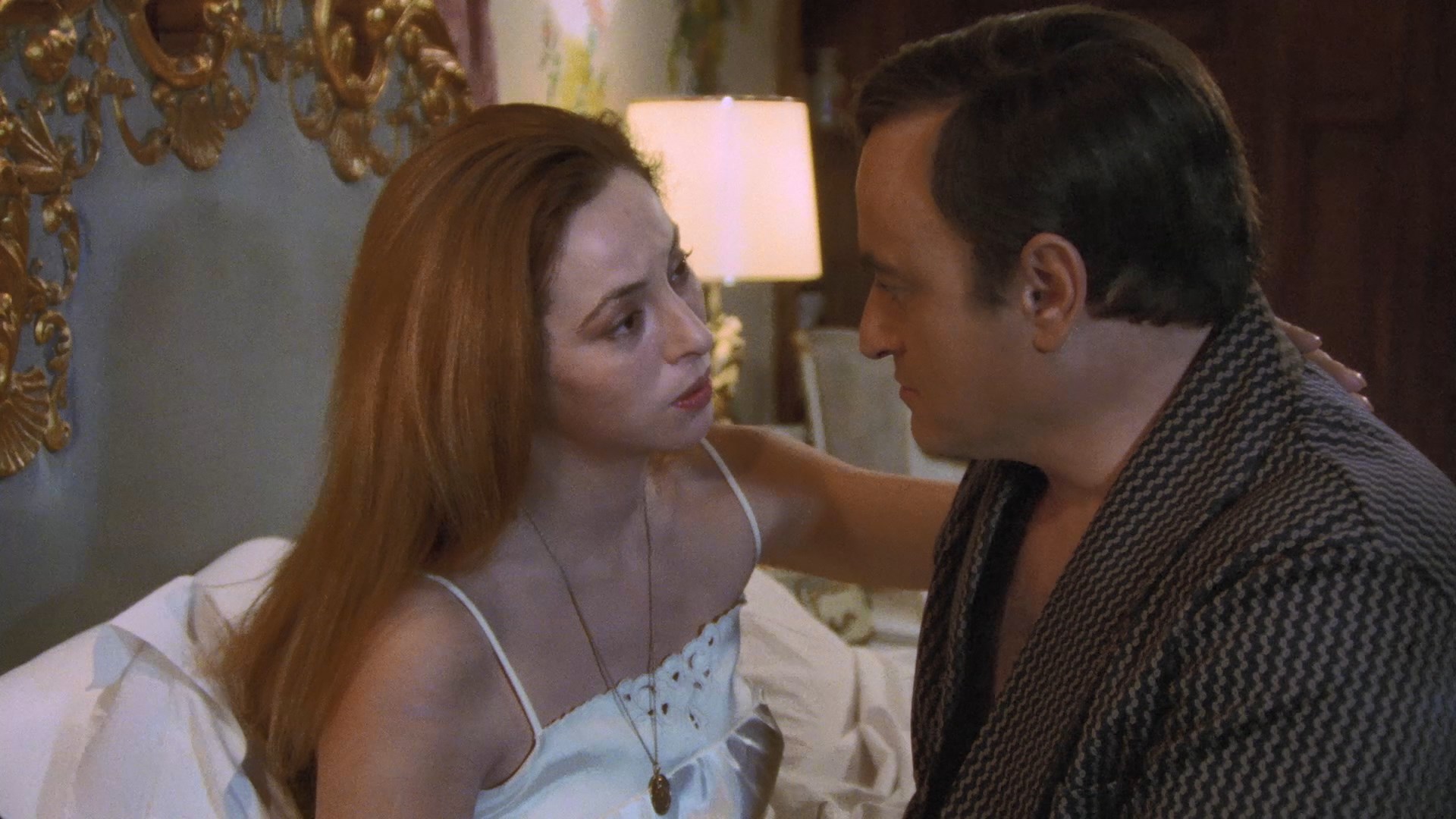 body count that ends on a suitably delirious note. The film features an enjoyable turn from 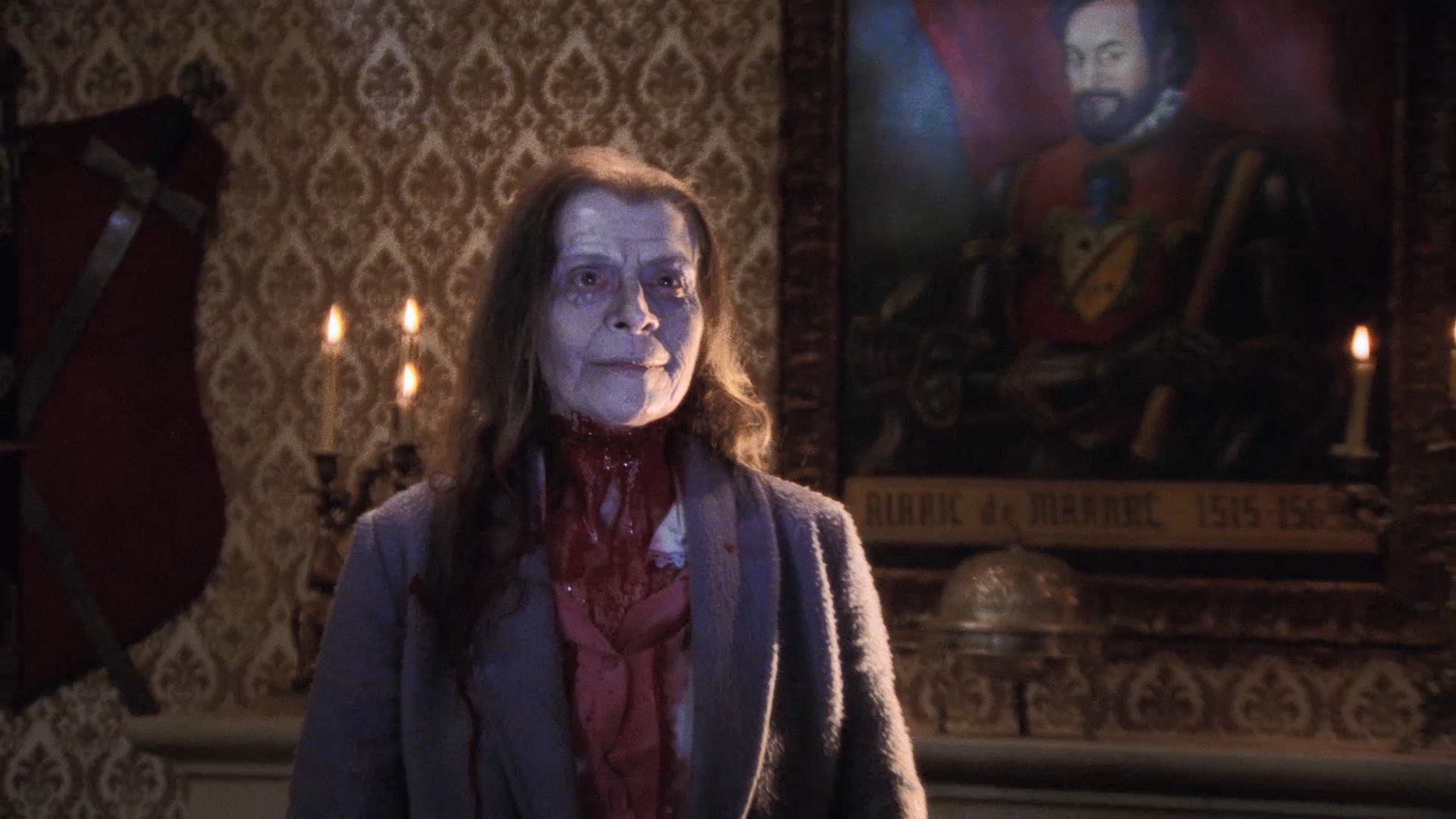 Naschy in a less sympathetic role than usual and benefits from some heaping dollops of sex including a lengthy nude bedroom scene, while Naschy-as-director piles on the Gothic visuals with plenty of stylized lighting and quirky camera tricks. Add to that a typically pulsating score yanked from the CAM library and you've got one of the stronger early '80s Euro horror titles, which was strangely never circulated much outside of its native country except in wretched bootleg editions for many years.

In typically devoted fashion, Mondo Macabro delivered a visually stunning presentation of this rarity on DVD in 2005 in a condition that truly looks like a completely different film compared to past (mostly bootlegged) video editions. Colors are beautifully saturated, resulting in one of their strongest releases from the label's SD era. The mono Spanish soundtrack features optional English subtitles and sounds fine, with every booming musical cue and piercing shriek coming through loud and clear. As for extras, you get a new interview with Naschy (28m36s) in which he warmly talks about his career and artistic influences, a retro-fitted "Blood and Sand" episode (19m29s) of Eurotika! devoted to Spanish horror (with a few license-prohibitive clips excised), a hefty still and artwork gallery, and the usual party-worthy Mondo Macabro promo reel.

In 2021, Mondo Macabro took another stab at the film with a Blu-ray edition featuring a fresh 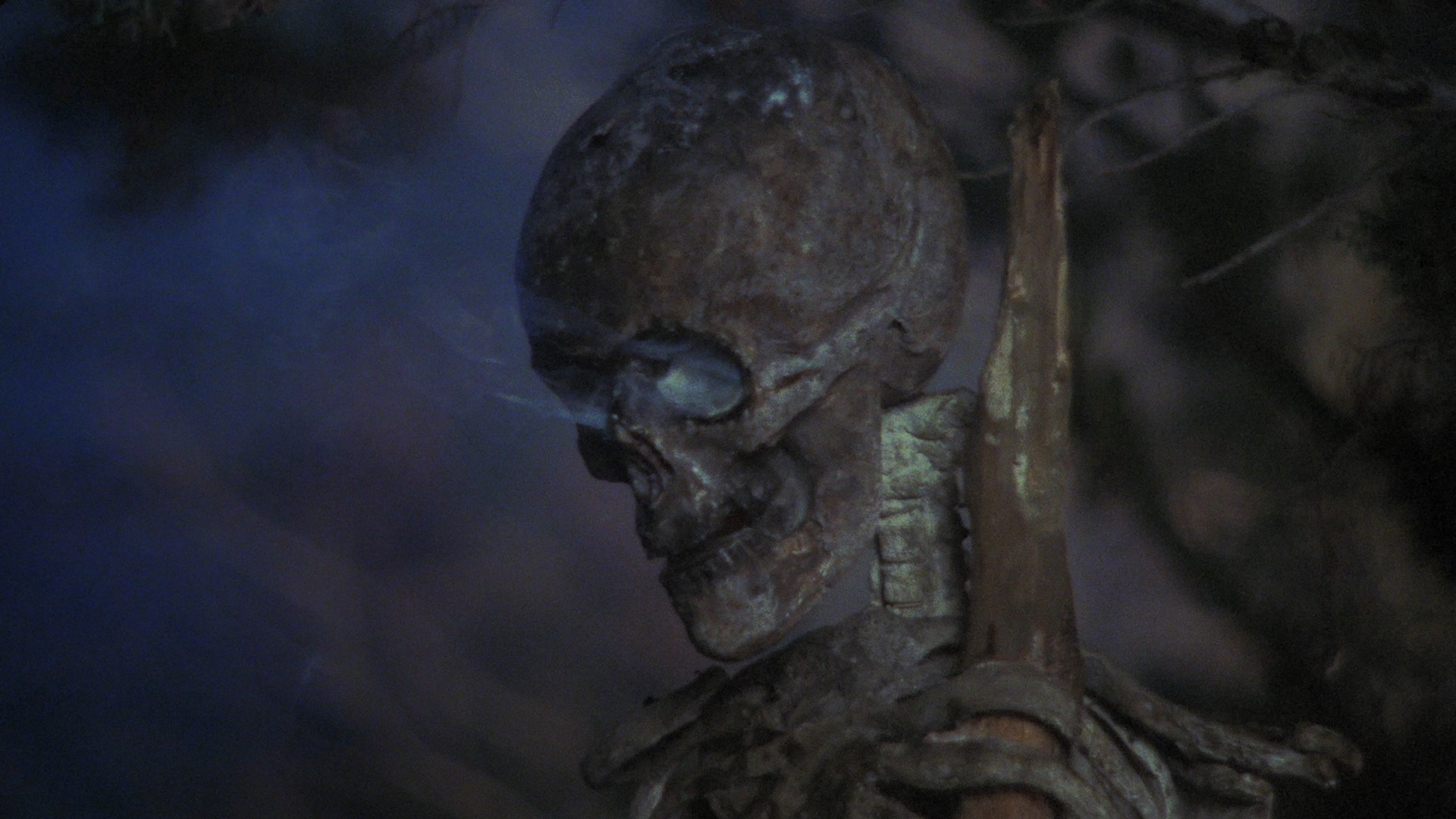 4K scan from the camera negative. The big improvement here is the obvious uptick in detail, with fine textures impossible to see before now looking very clear and impressive ranging from 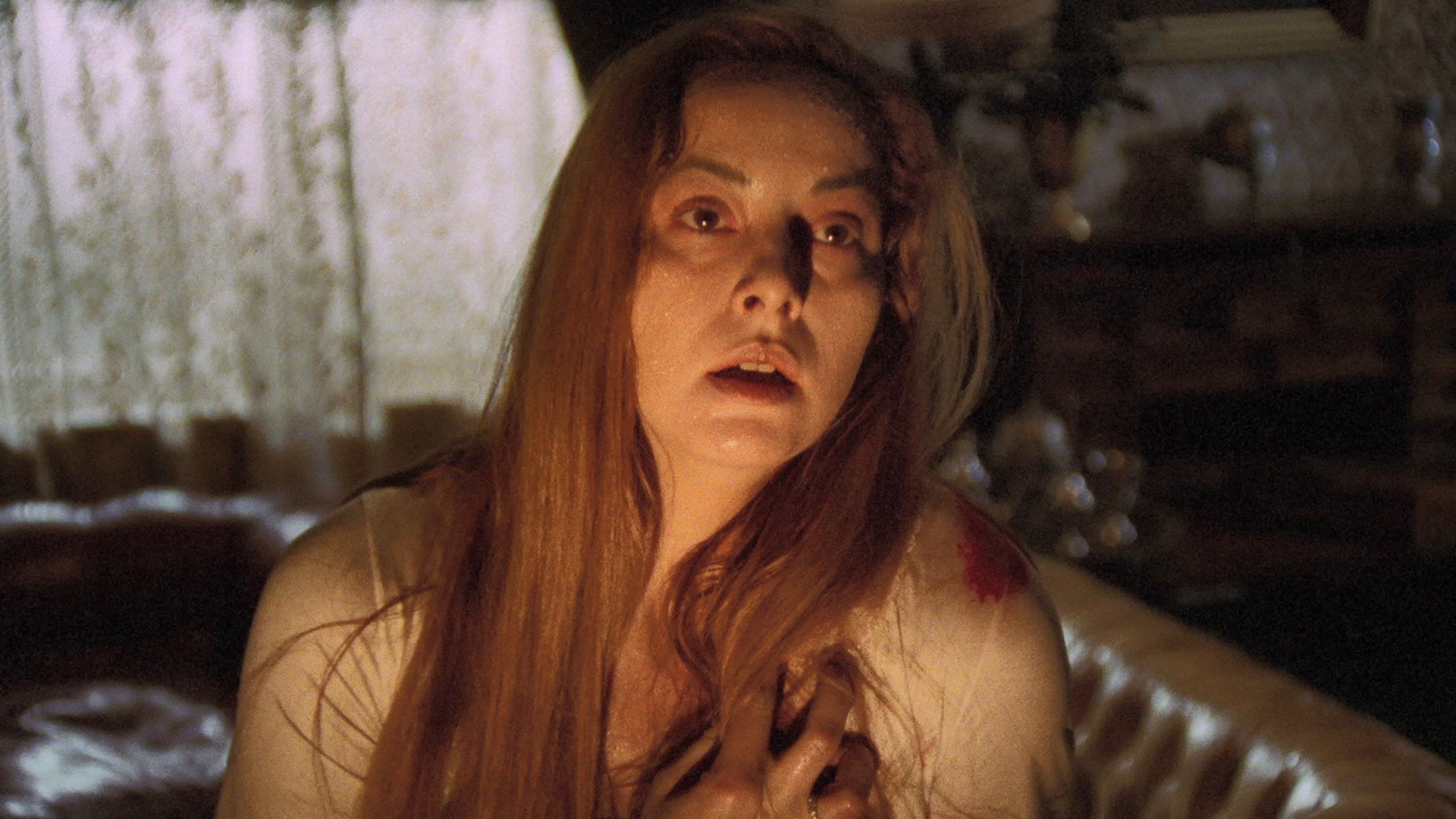 hair to clothing to the canvas texture of that pivotal painting. The color saturation is a couple of notches more subdued than the DVD with less of a blue push, and in motion it works about as well either way. The LPCM Spanish mono track sounds great throughout given the basic nature of the original mix, with optional English subtitles (written by someone with an odd aversion to periods). A new audio commentary with The Naschycast's Troy Guinn and Rod Barnett is up to their usual high standards, mixing amusing insights and info well starting off with a rundown of the film's hilariously mistranslated titles over the years. (Can we please get a real movie called Latinos in Panic?) They cover a lot of ground here including Naschy's '80s career, the history of the Alaric de Marnac character throughout Naschy's work, the tendency to ramp up the splatter and nudity around this time, and more about Saly and her other projects. The older Naschy interview is ported over here, but you also get a second one (36m26s), apparently during a press junket for 1997's Licántropo, offering an overview of his entire time in the industry from his earliest days rubbing shoulders with Nicholas Ray through his horror heyday and his thoughts on genre cinema in the age of digital effects. As usual, this was also issued in a limited red case edition (which quickly sold out) featuring three double-sided lobby card reproductions (including a shot of Naschy in the bathtub that's perfect for hanging on your refrigerator) and a booklet featuring a new essay by Troy Howarth, "Even Monsters Need Love," covering the influence of real-life figure Baron Gilles de Rais and his transformation into Naschy's films in various permutations over the years. 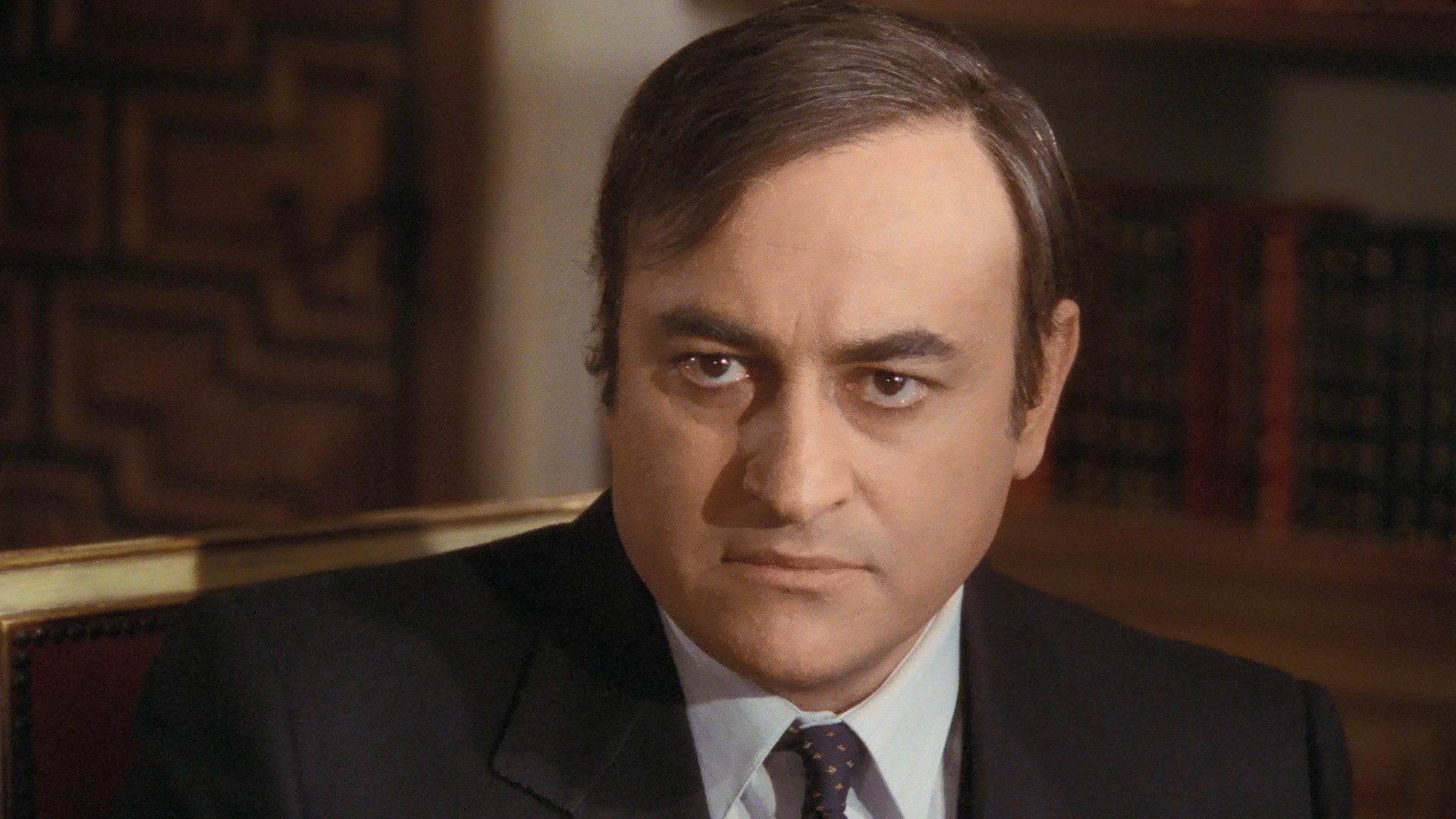 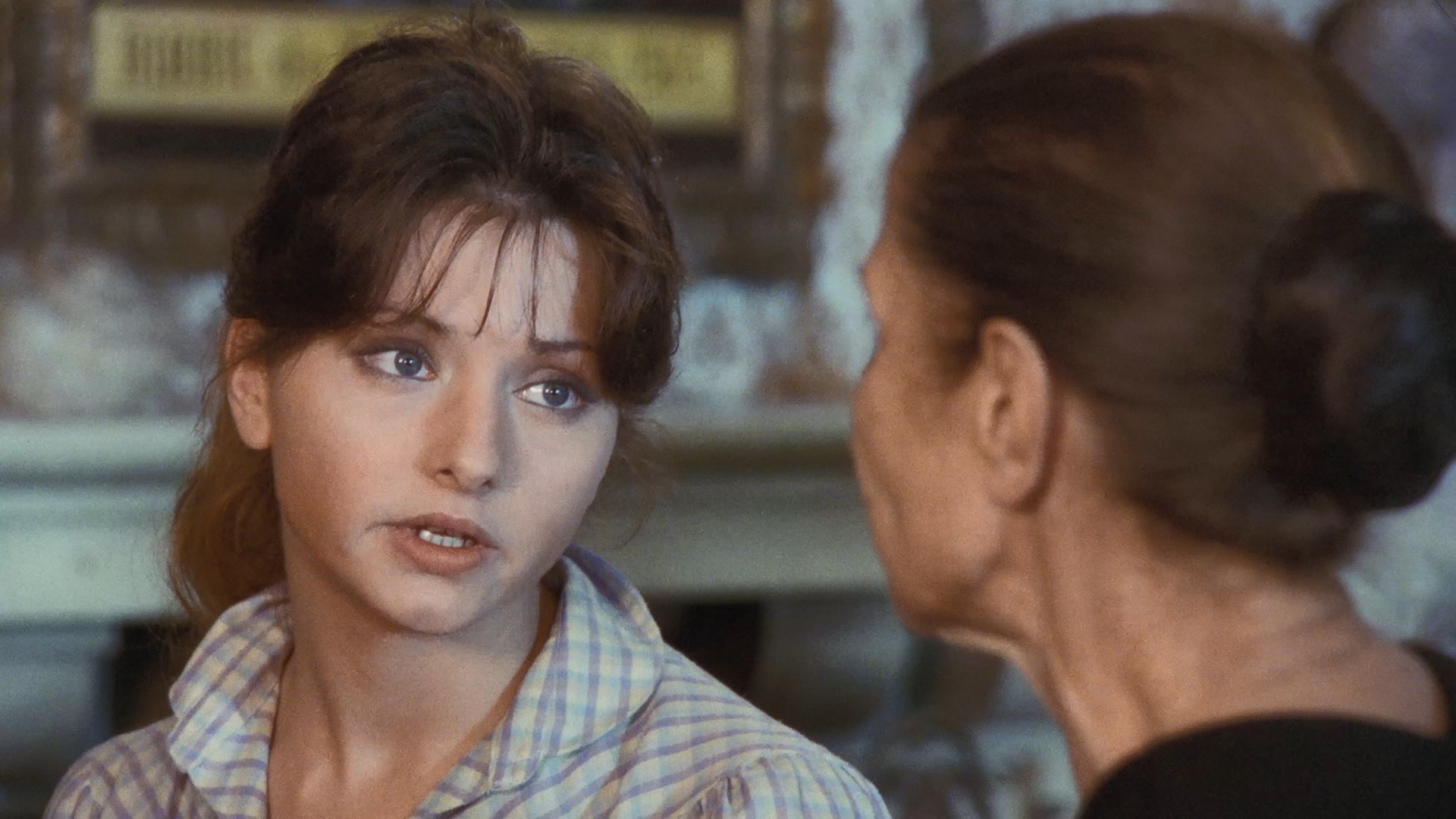 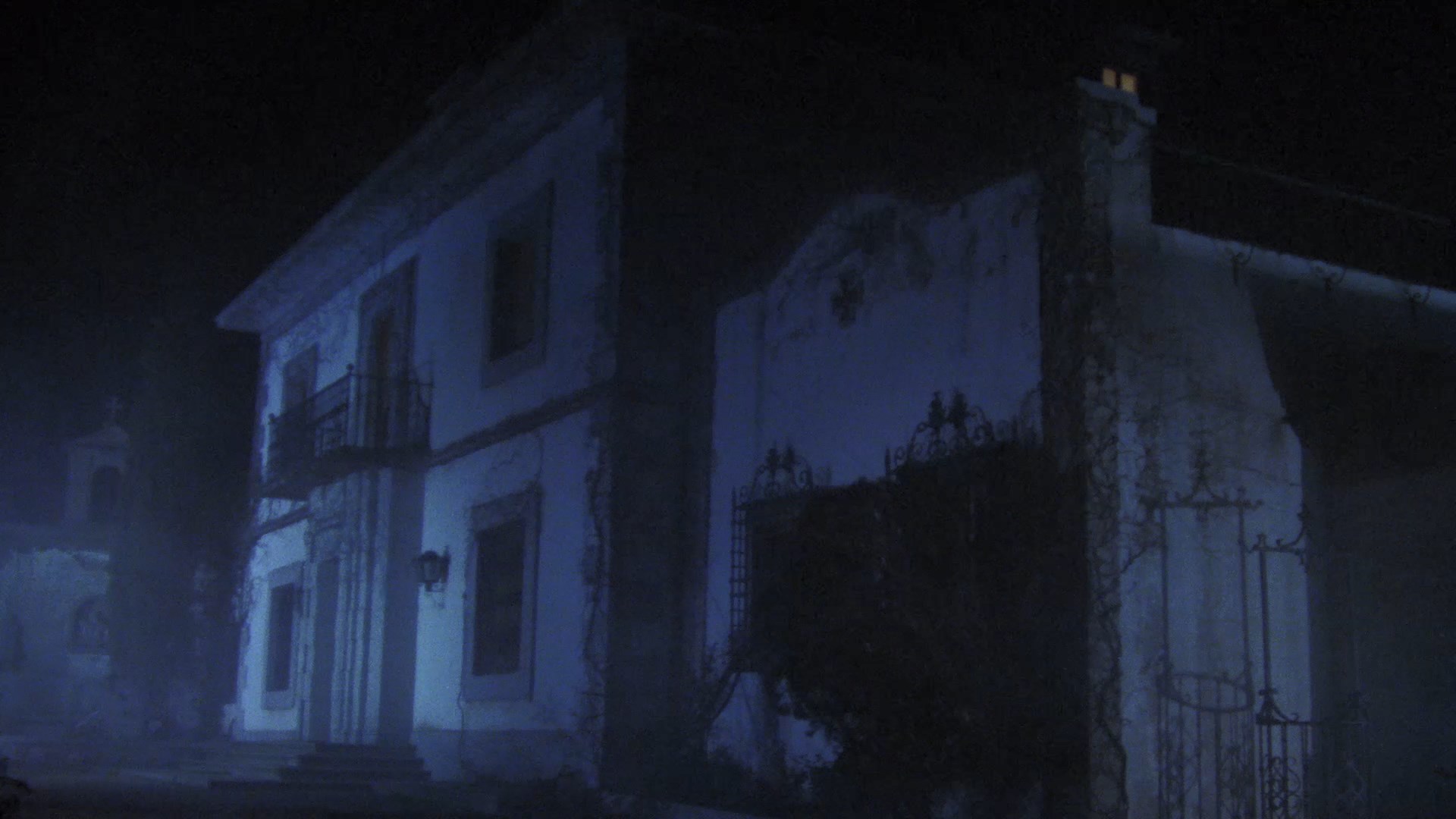 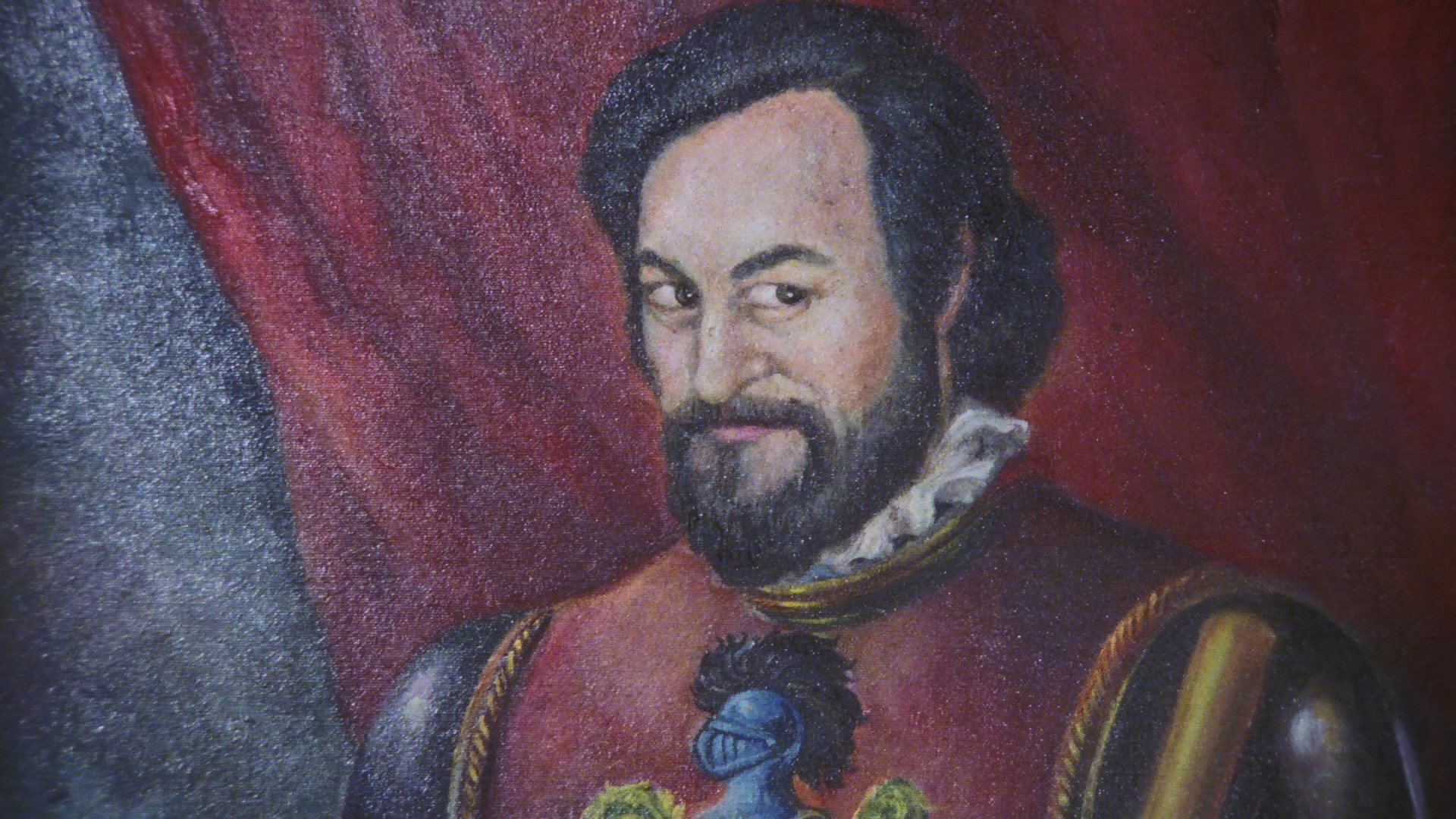 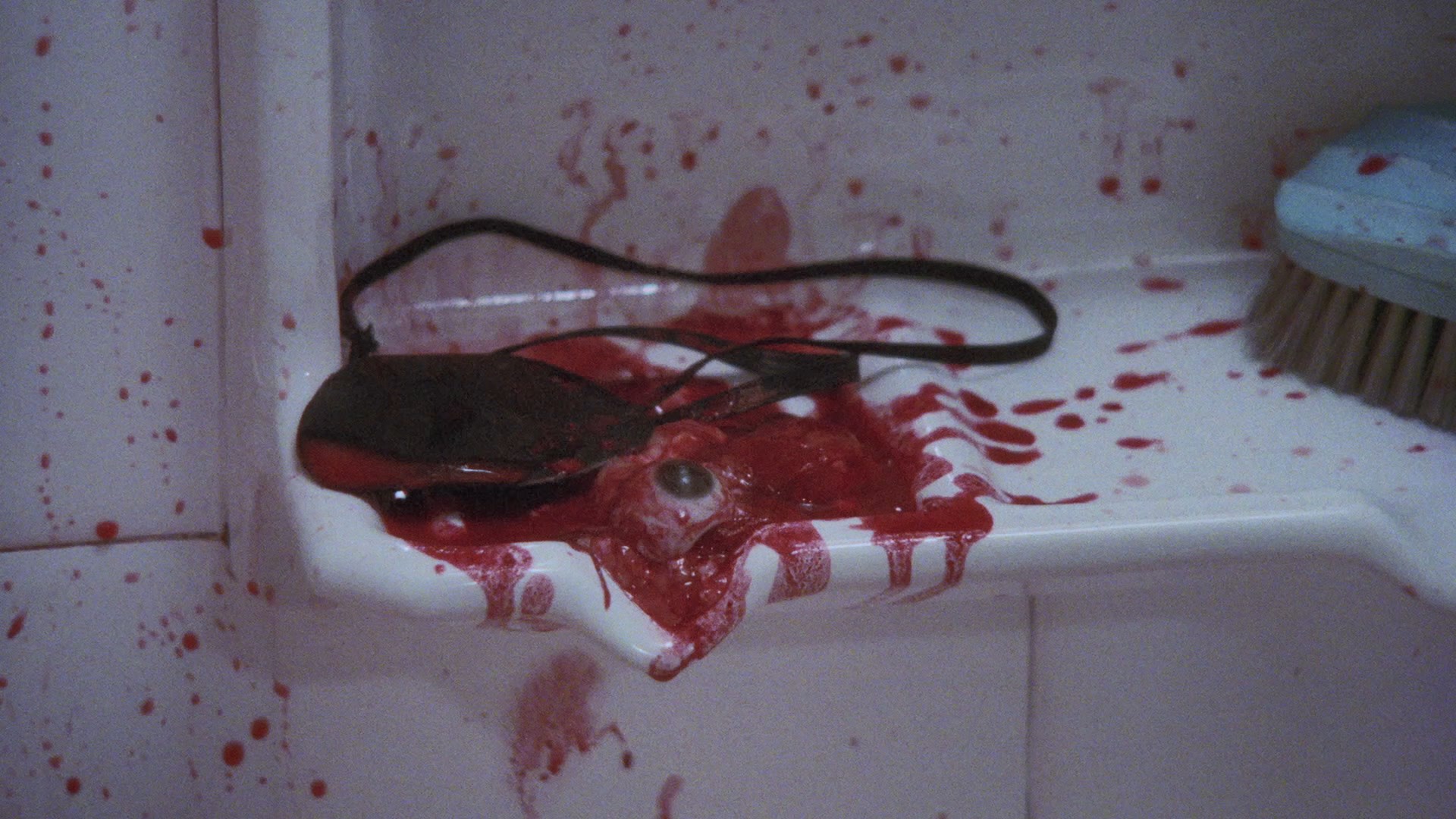 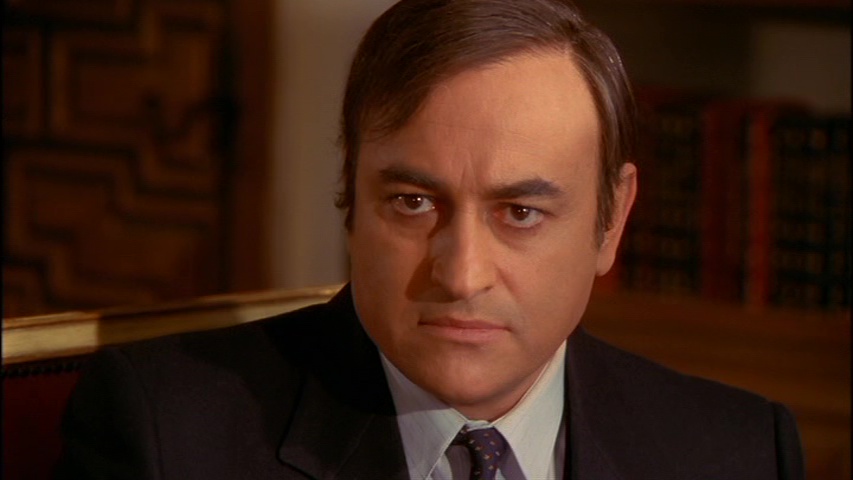 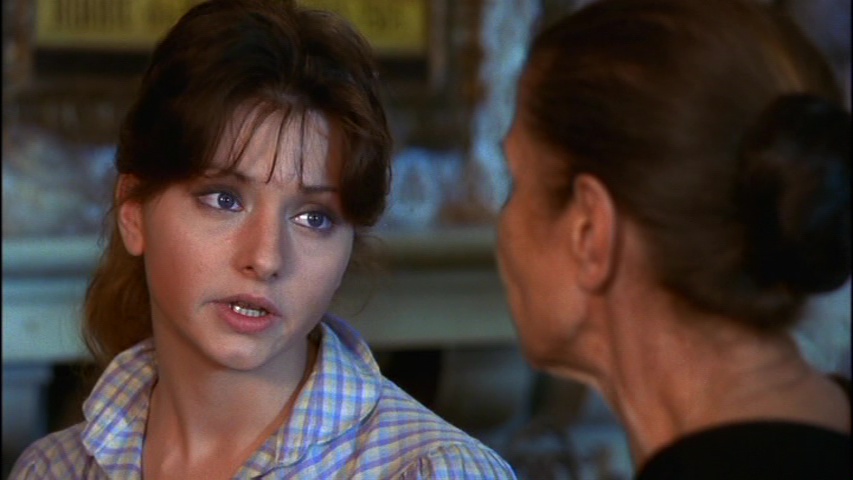 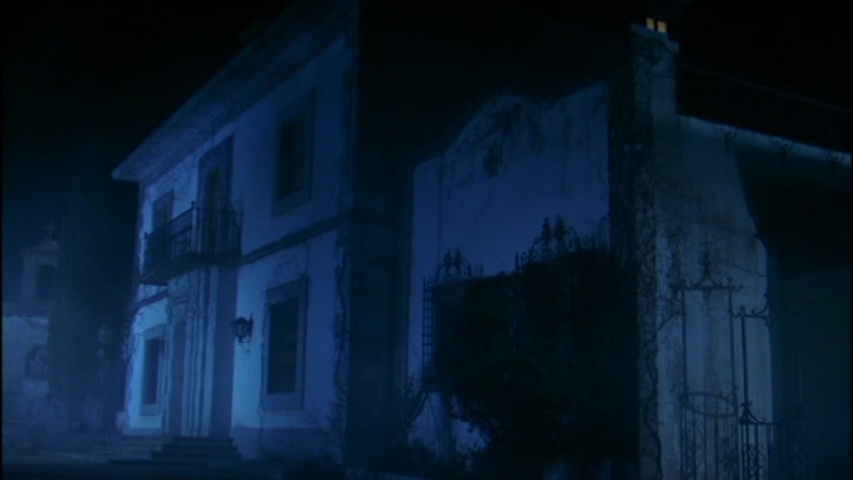 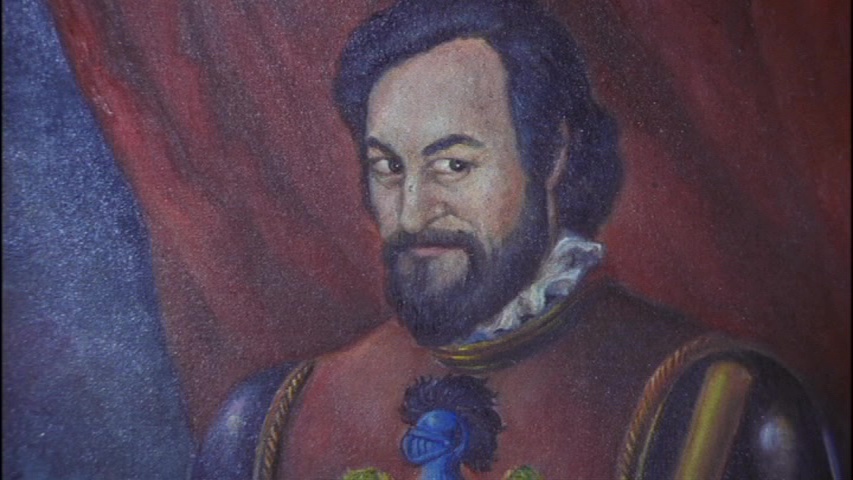 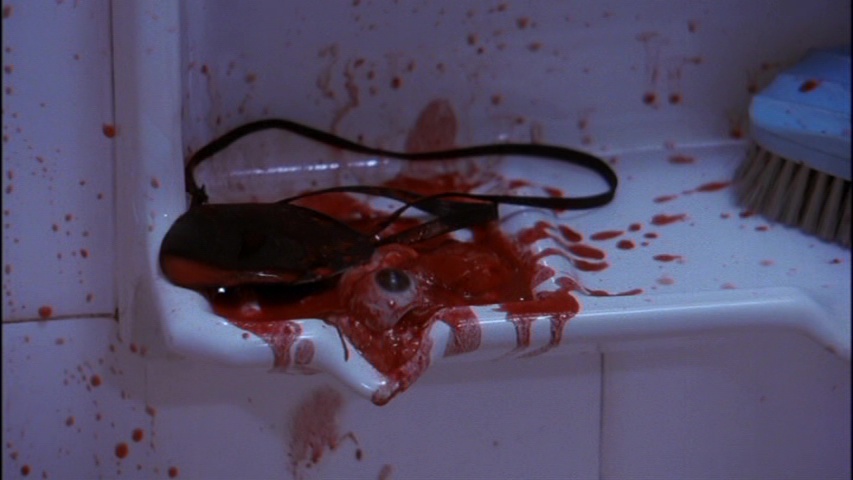