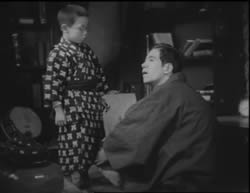 From the silent era to the early '60s, director Yasujirô Ozu was one of Japan's most important and respected directors, a war veteran whose simple but unforgettable studies of domestic life have only continued to grow in popularity over the years. However, his pre-combat days reveal a somewhat different sensibility as found in this two-disc collection from the BFI, focusing on a quartet of silent featu 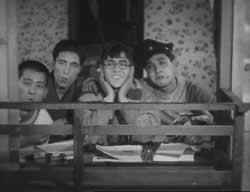 res (well, kind of a quintet) about the complications of life and love among young students.

Ozu was already beyond college age (and never actually went there) when he began directing for Shochiku, but he reveals a definite knack for capturing the swings between carefree abandon and heartbreak found in the setting even in the earliest film here, Days of Youth. Sort of a precursor to the screwball comedies of the sound era, it depicts the romantic confusion ensuing when two students, skirt-chasing Watabane (Ichiro Yuki) and introverted clutz Yamamoto (Tatsuo Saito), both set their hearts on pretty Cheiko (Junko Matsui) and, though a room for rent and an offer to knit a pair of socks, try to win her affections. It all leads to a series of mishaps at a ski resort where both boys get quite a surprise. Featuring some odd sight gags and an abundance of references to American filmmakers, this is a slight but pleasant diversion with a bit of a moral message at the end along with Ozu's patented affinity for integrating his characters with the architecture around them. Not surprisingly, this hasn't surprised in pristine condition but the presentation here is certainly acceptable, water damage and scratches aside. Also included is a surviving 11-minute fragment of another film made shortly after this one, I Graduated, But..., which is a little more urban and grounded as young Tetsuo Nomoto (Minoru Takada) has to fake getting a good job when he graduates to please his visiting wife-to-be and mother, covering up his unemployment for only so long before the truth comes out. It's obviously tough to judge this one completely since most of the film has been lost (and what remains is in pretty erratic shape), but it's a 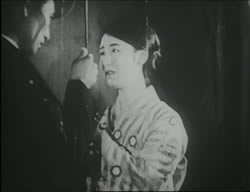 nice sampler of what looks like a solid step forward for Ozu.

On the other hand, we do get the entirety of 1930's I Flunked, But..., which goes back to the college setting for a look at how exam time swirls students both responsible and careless around our protagonist, Takahashi (Ozu regular Tatsuo Saito), an easily-distracted guy whose four roommates want to buckle down and study while his other friends want to party and c 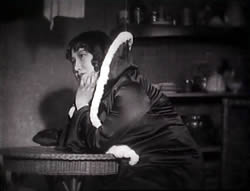 onnive ways to get through finals without, you know, actually doing any work. However, the moral of the story takes a few unexpected swerves along the way in this silly but ultimately jaded look at what lies ahead after receiving a diploma-- or not. This one is in better shape than the earlier films; it has a somewhat soft and gauzy look at times, but this is probably about as good as it's going to get.

Next up is 1931's The Lady and the Beard; as the enclosed liner notes essentially point out, it's something of the odd man out here as it involves a man who's already graduated and facing a world in which tradition and progress are causing him more confusion than he'd anticipated. The crux here is his beard of Kiichi (Tokihiko Okada), which is so bushy and out of fashion it's turning him into an outmoded joke. He decides to shave it off and conform with a job at a tourism firm where he tangles with two very different women, leading to choices that may dictate the course of his life. Small in scale but surprisingly potent, this one picks up on the un 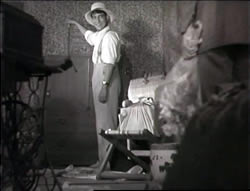 easiness of jumping into adulthood from the prior film and is more of a quirky comedy of manners, indicating some of the perceptive character sketches to be found in Ozu's much later films. Again the picture quality here is adequate considering the vintage and rarity of the film, which was apparently produced under very compressed production circumstances.

Finally the second disc closes out with Where Are Now the Dreams of Youth, which essentially bridges the other titles together as it begins with a snapshot of college life and follows the characters off into the terrain of the "real world." Released in 1932 (and in the best condition of the bunch, relatively speaking), it once again has a central male figure, Tetsuo Horino (Ureo Egawa), who gets a tragic shock that forms the transition from innocence to adult responsibility along his road from the classroom to a modern office bloc, where the twentieth century awaits him.

Part of the BFI's laudable quest to bring the lion's share of Ozu's work to home video in the best presentations possible, this set was obviously deemed a dubious choice for Blu-Ray (though they have brought some of his most important films to HD in sterling editions). The ravages of time couldn't be undone in this case, and the choice to put them all out as standard def DVDs makes sense. All of the films can be played silent or with newly-commissioned scores by Ed Hughes, which will probably be the option of choice for 99% of viewers. They're very eloquent and sensitive pieces of work that suit the films well, and even on their own they're worth a listen. A video segment from the BFI's Ozu retrospective is also included, with Tony Rayns spending 20 minutes offering a biographical sketch of Ozu's transition to filmmaking and why he stopped before resurfacing to helm some of his most famous masterpieces. A booklet of liner notes features additional comments from Rayns, Alexander Jacoby, Bryony Dixon, James Bell, and David Jenkins about the individual films and Ozu's brief fling with youth-oriented comedies, plus more notes from Hughes about his approach to composing for each of them. A very valuable addition to the ongoing preservation of the work of one of Japan's most vital filmmakers.