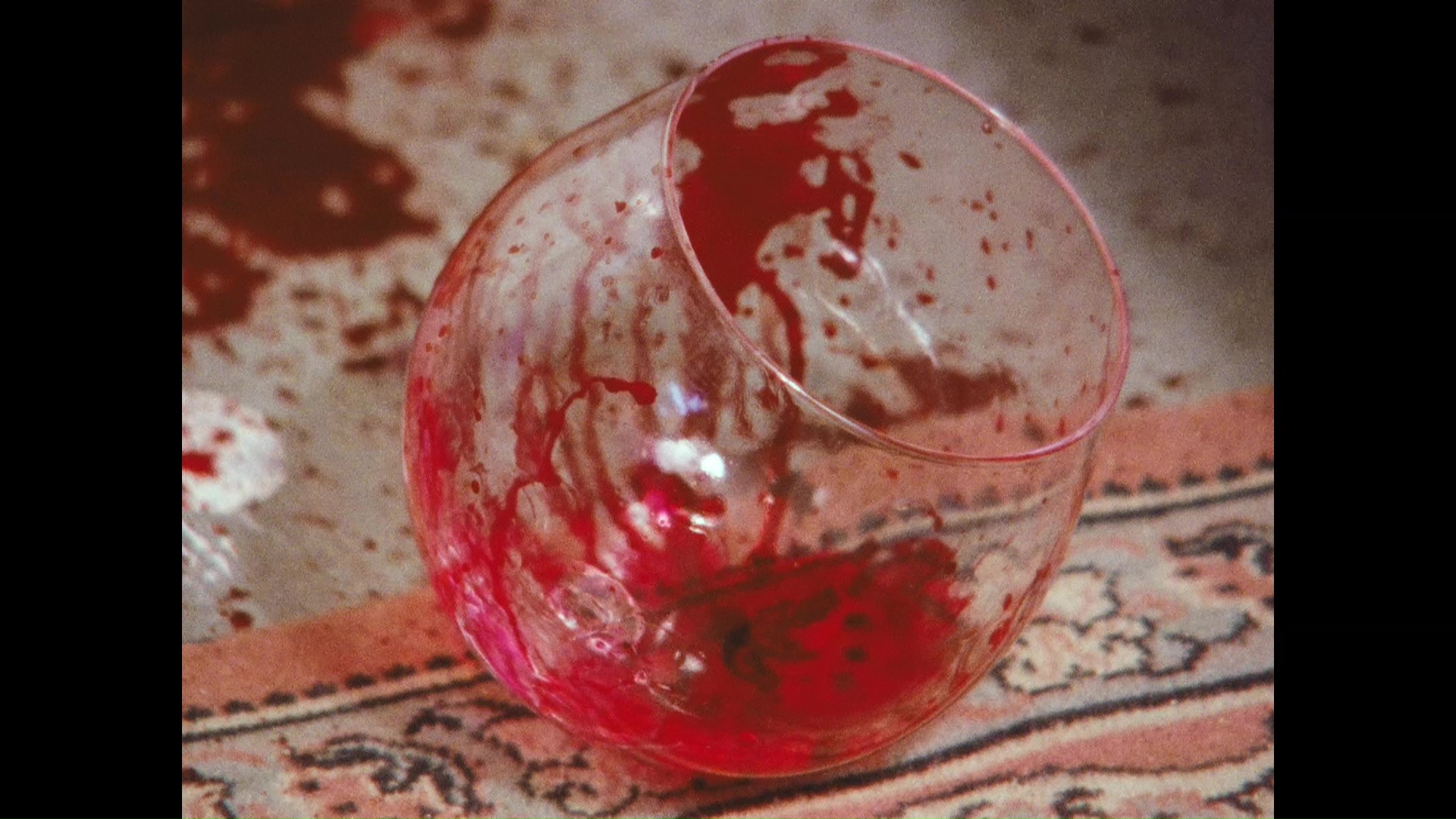 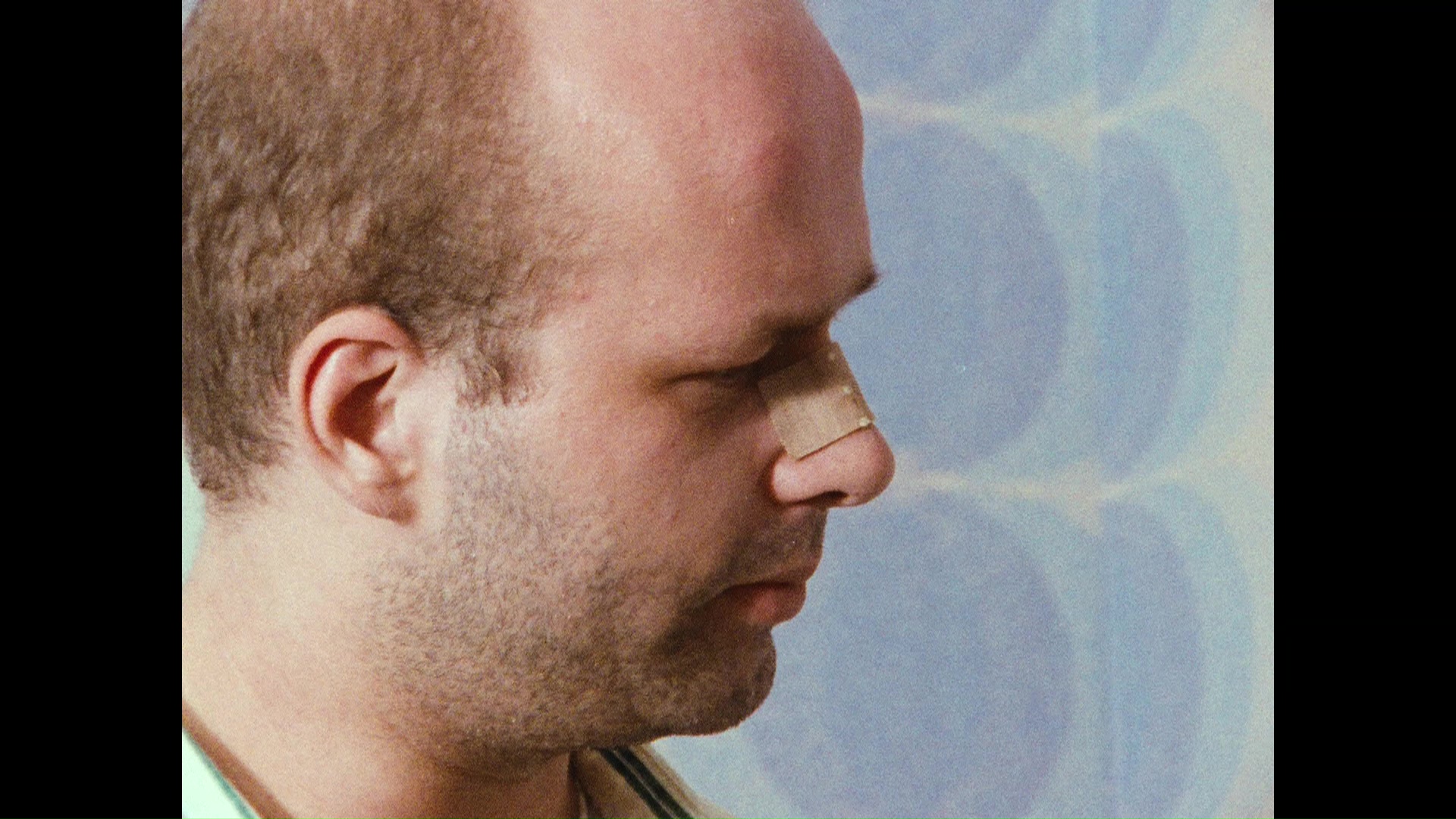 Hardly your average splatter director, Jörg Buttgereit has confounded critics by mixing high art aesthetics with painfully explicit bloodletting and sexual depravity, resulting in peculiar, downbeat hybrids like Nekromantik, Nekromantik 2 and Der Todesking. Nowhere is this dichotomy more troubling than in Schramm, the directors rebuttal to the mainstream serial killer craze which dominated horror during the 1990s. However, this is truly unlike any other psycho movie ever made.

The nonlinear story begins with taxi driver and troubled murderer Lothar Schramm (Koerner, future producer of Phoenix, who gained 35 pounds for the role) plunging from a ladder while painting his walls. One of apparently artificial legs pops off, and he crashes to the wooden floor, evidently in his death throes. The film then switches into partial reverse, introducing a pair of door-to-door religious converters who wind up on the wrong end of Schramms knife. Gradually the layers are peeled away as we see Schramm living a tormented existence as the "Lipstick Killer," who drugs and photographs his female victims, adorns their lips with rouge, and then sometimes kills them. He also develops a crush on svelte hooker Marianna (Monika M.) and suffers through terrifying, blackly comic fantasies involving eyeball-plucking dentists, furry vagina monsters with teeth, and much more. Of course, thats nothing compared to the self-mutilation ritual he performs on his most sensitive bodily area with a hammer and some nails, so the squeamish would be well advised to steer clear. Eventually the whole story comes full circle as we come to experience the numbing day-to-day experience which can turn even the quietest guy next door into a potential menace.

As most readers can probably 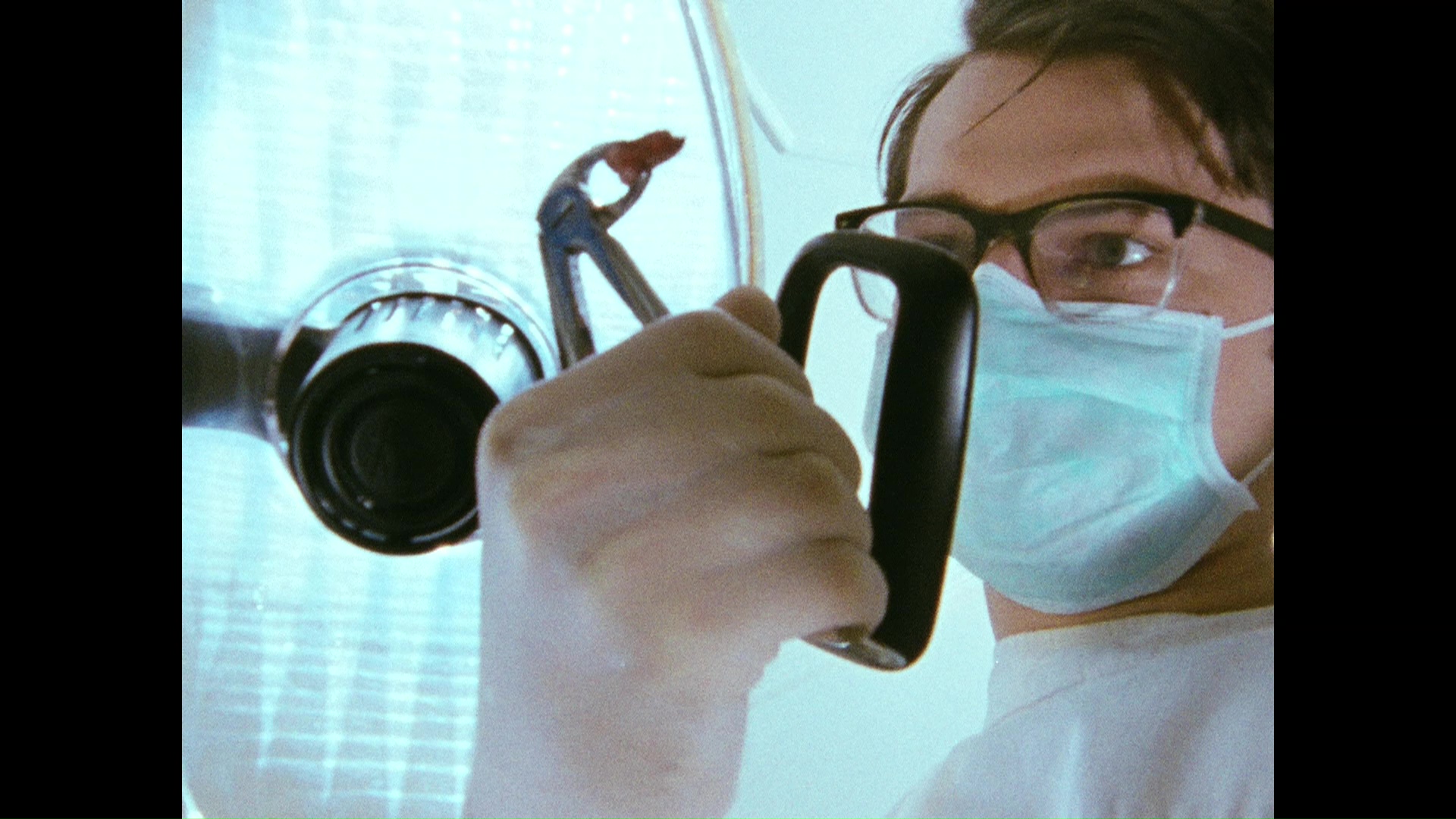 guess from the synopsis, Schramm (subtitled Into the Mind of a Serial Killer in some 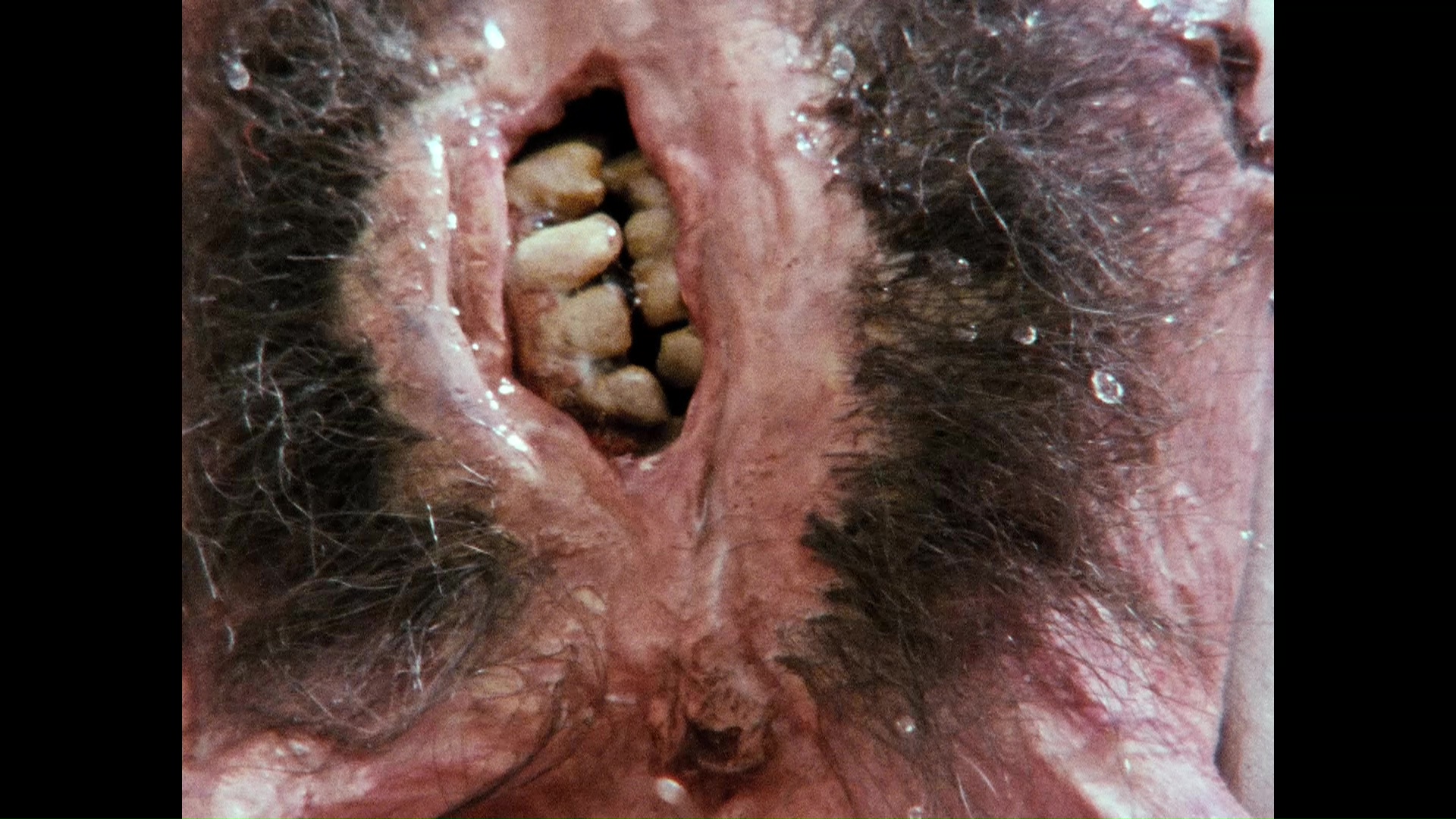 markets) is not a film for everybody and wont be a good choice to convert the uninitiated into the realm of European horror. However, adventurous souls will be more receptive to Buttgereits quirky vision, which has become more refined and impressive with each film. (Unfortunately, this remains his last feature directorial effort to date.) As usual, some of his camera angles and his use of music are extremely impressive considering the limited financial means, and some of the special effects are a little too realistic for comfort. Also noteworthy is the music score, which is up to the excellent standards of Buttgereit's previous films and creates a hypnotic, powerful mood. Watch this on a double feature with Angst and see if you survive.

For a 16mm title, Schramm turned out quite well on its first DVD release from Barrel in 2006. The image displays virtually no grain or instability at all (apart from some visually distorted dream sequences), while colors are smooth and often vibrant. The remixed stereo soundtrack is focused primarily on the music, which benefits greatly from the extra sonic field, though the original mono soundtrack is also included for purists. The sharp optional subtitles were also a huge relief after years of blurry, unwatchable bootleg videotapes. As with Barrels Nekromantik release, the disc is stuffed with a staggering array of extras (both advertised and hidden), starting with a commentary track by Buttgereit himself with co-writer Franz Rodenkirchen (also in the film as a dentist); the film maker remains as self-deprecating and insightful as always. An alternate commentary track by Koerner and Monika M. proves to be somewhat juicier, including some frank revelations about the various simulated sexual scenes scattered throughout the movie. Other extras both big and small: "The Making of Schramm," a frank 35-minute documentary built around Koerner interview footage (including a memorable bit about his director's stomach issues) and exhibitionistic behind-the-scenes footage; a Buttgereit music video clip for the group Mutter entitled "Die Neue Zeit;" a huge number of candid shots from the film's shooting; trailers for Schramm, Nekromantik (two versions), Der Todesking, and Nekromantik 2; two subtitled short films, "Mein Papi" and "Captain Berlin," which show off the director's emotional and goofy sides, respectively; and an Easter 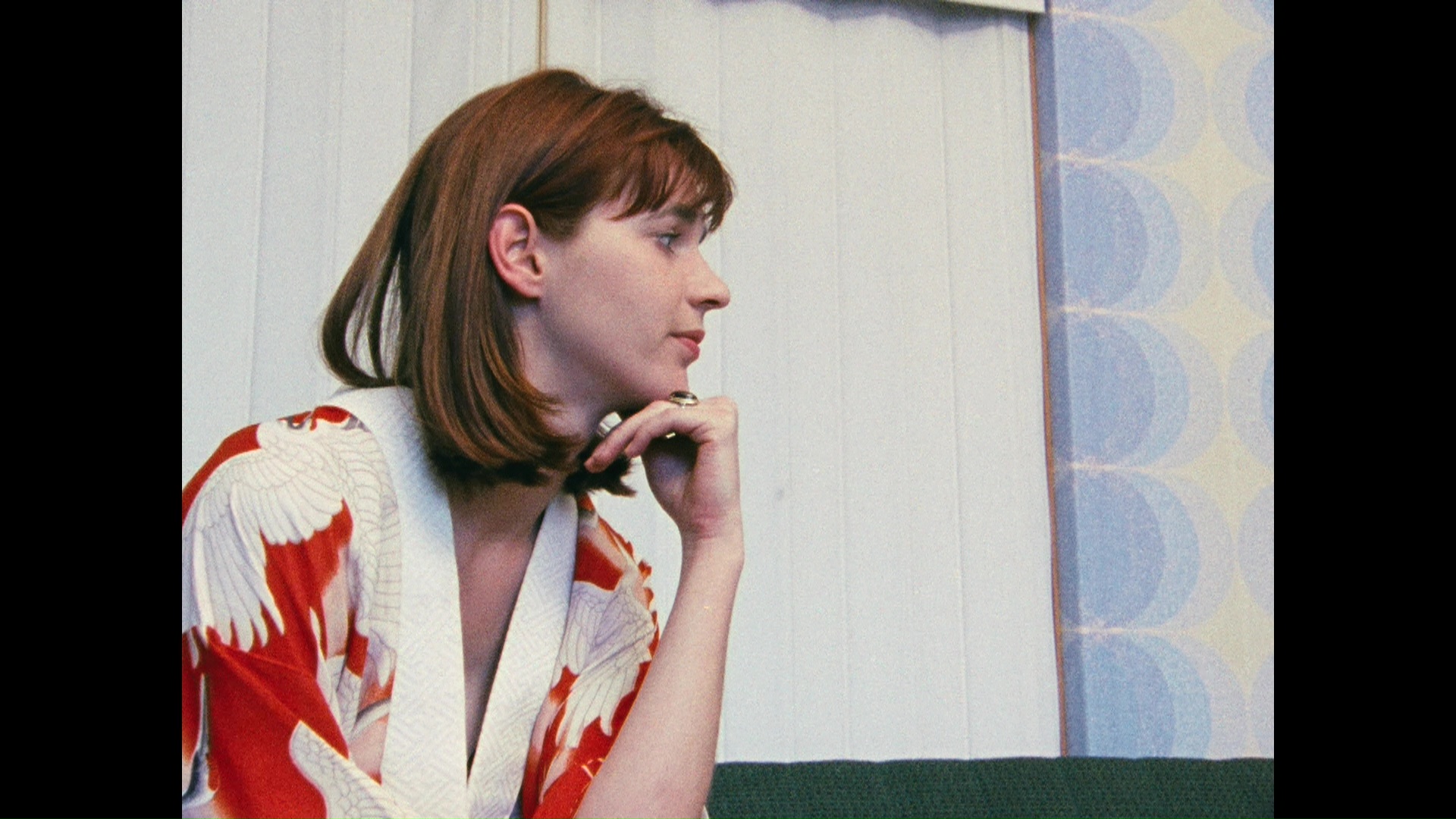 egg feature which leads to a banned four minute profile of Buttgereit prepared for Britain's Channel Four but never aired. 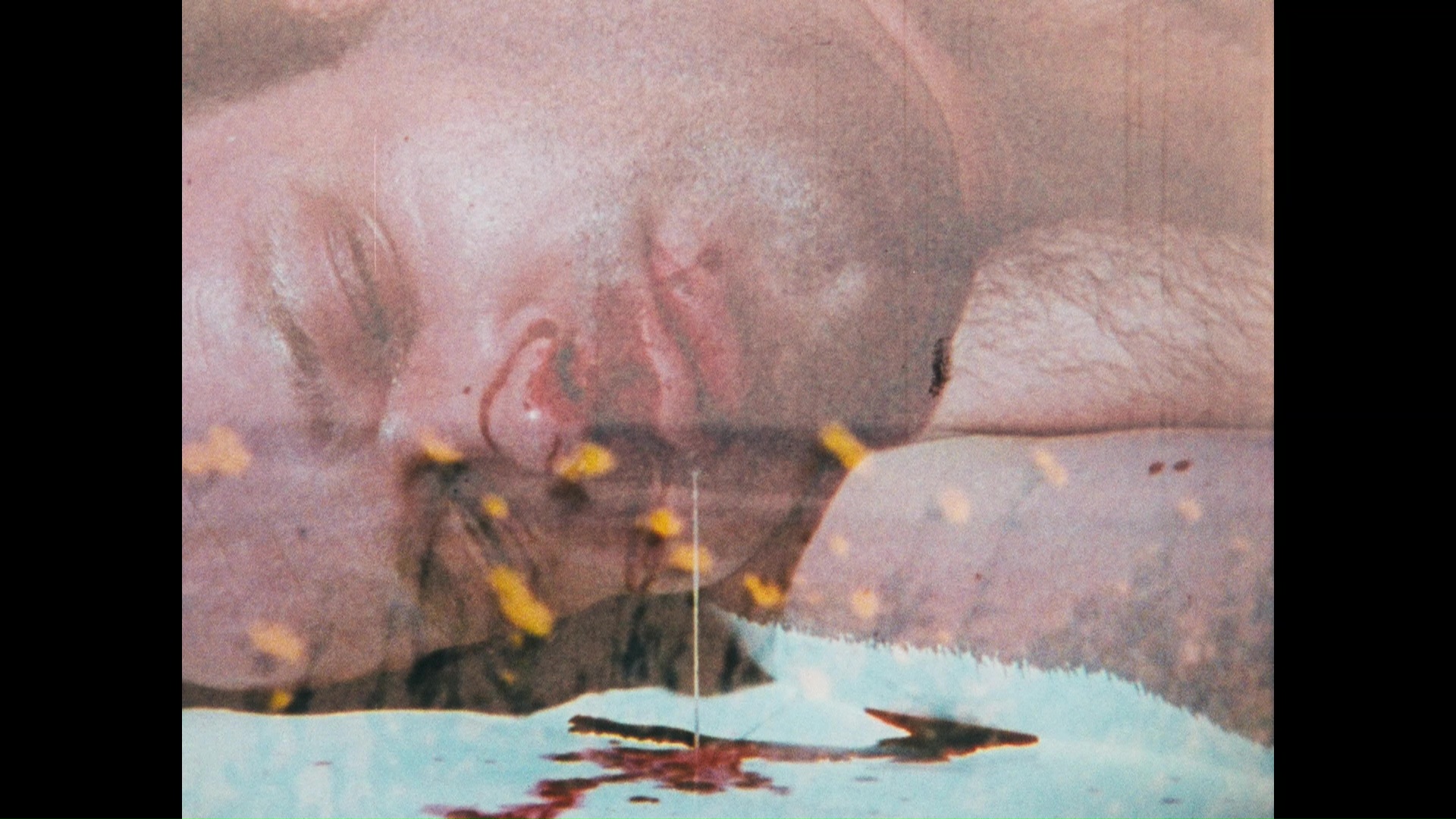 Of course, Cult Epics' laudable efforts to bring Buttgereit's work back into circulation had to include this film, and their separate Blu-ray and DVD editions released a decade later are a solid upgrade. The new HD transfer from the 16mm negative looks excellent with no attempts made to tone down the original grain. Colors look excellent and accurate, and thankfully the label's recent move to including lossless audio continues here with a powerful DTS-HD MA 5.1 mix that mostly uses the music as extra ambience in the rear channels. It sounds great, though a more traditional Dolby Digital 2.0 stereo track is also included if you want it to sound like the old DVD. Both commentaries are ported over along with the substantial extras: "The Making of Schramm" (whose English subtitles occasionally turn the word "but" into "dut" for some reason), "Mein Papi," and the trailer for this and the other Buttgereit films. The early 22-minute short "Horror Heaven" (with Buttgereit himself hosting a mish mash of monster homages ranging from Godzilla to Frankenstein) turns up here for the first time since Barrel's Nekromantik DVD, this time with optional director commentary to boot. New here is the 8-minute 1982 short "Blutgie Exzesse Im Furherbunker," a really crazed 8mm goof with Adolph Hitler (or at least someone in a very unconvincing rubber mask of him) creating a pair of Frankenstein-style creatures (one played by Buttgereit) to help the Third Reich, only to have the tables turned in a very gory fashion. An option to play the entire 54-minute soundtrack is also included. If you haven't bitten the bullet for the previous Buttgereit releases from Cult Epics, there's also a Blu-ray set entitled Sex Murder Art containing all four films along with a very welcome exclusive bonus: two CDs containing the soundtracks for all four Buttgereit features, which otherwise go for incredibly stupid amounts of money online. (Yes, it includes the full, extended version of the first Nekromantik soundtrack compared to the truncated version on the Barrel bonus CD years ago.)