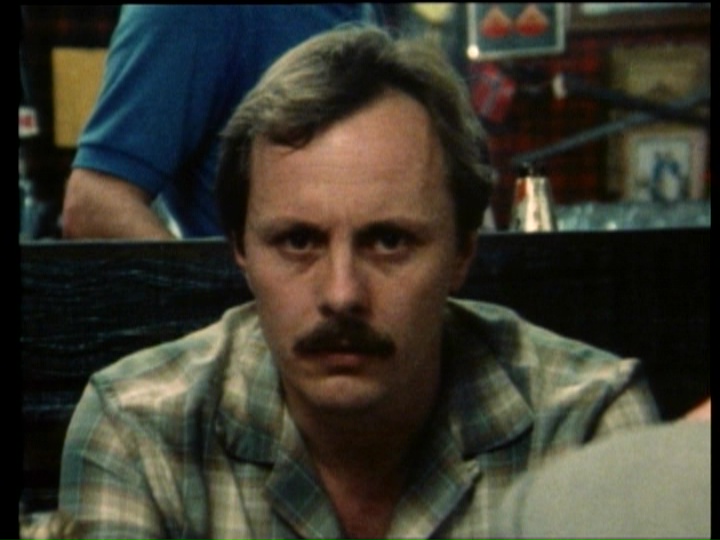 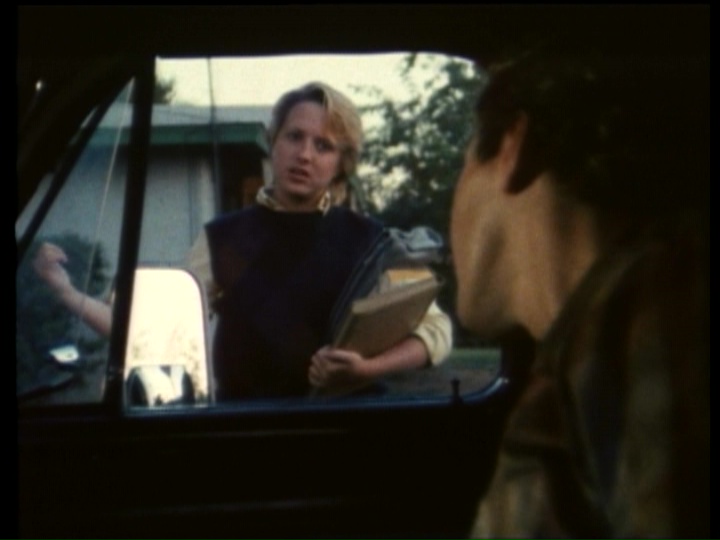 Though its plot could be interchangeable with any number of other serial killer dramas from the 1980s, the execution makes all the difference with Murderlust (stylized in the credits as MurderLust), an obscure VHS-era thriller resuscitated on DVD as part of a double feature dedicated to director Don Jones. We first meet California predator Steve Belmont (Rich) at a dive bar where he solicits a desperate (and apparently incompetent) single mom for a ten-minute quickie by waving a hundred dollar bill in her face. Of course that means she has to get into his creepy van and drive out to the middle of nowhere, just so he can whack her over the head with a tire iron and strangle her before burying her body in the desert. That pattern continues several more times as Steve spends his daylight hours toiling in a menial warehouse job and serving as the world's creepiest Sunday school teacher, where he disciplines one female student for an obscene drawing by tattling to her dad and reminding her "who's in control." (No prize if you guess whether she makes it to the end of the movie.) Soon things take a turn when the authorities start uncovering the buried bodies and latch onto Steve's trail, while the psycho starts to date one of his potential victims, Cheryl (Taylor), after she reveals that she knew him in high school and always had a crush on him. (Naturally, this is confessed in his van while he's stroking his deadly tire iron in front of her.) Of course, this can all only end in tears and lots of blood.

Fairly tame as far as serial killer films go (apart from one bit of nudity involving the second victim and an implied bit of gun assault that threatens to veer into Forced Entry territory for a minute), this one is more 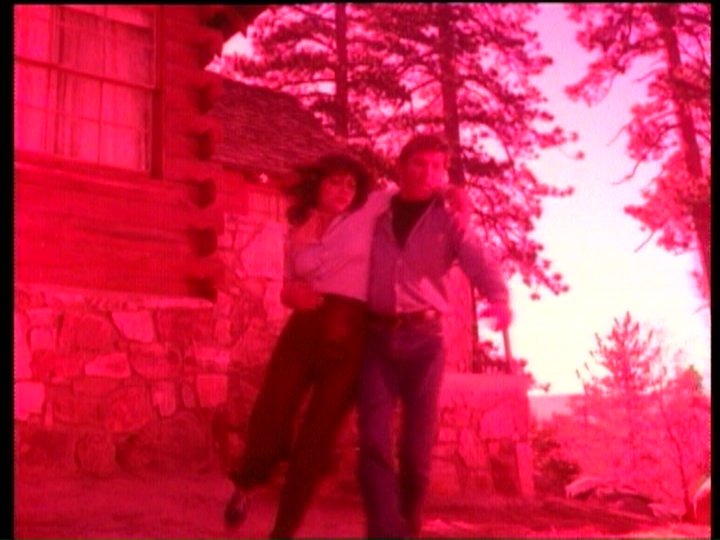 fascinating as a twisted character study with an attempt 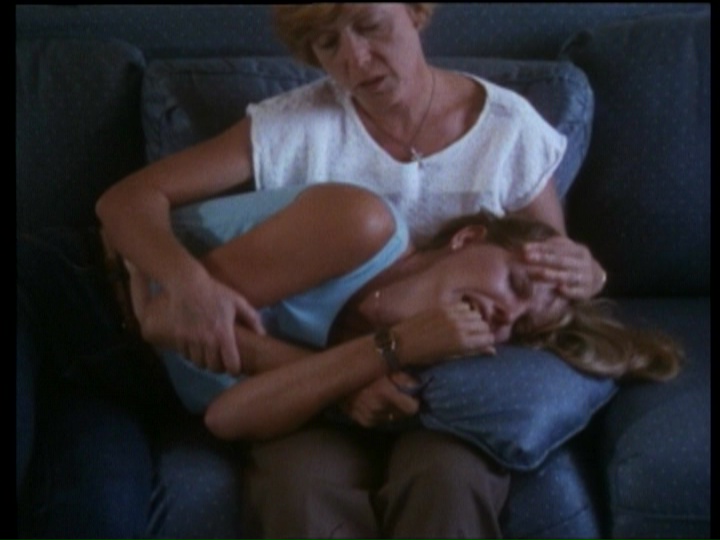 to get into the psyche of our protagonist. The Sunday school angle is by the far the most interesting, and the relationship with Taylor (who has a nice, sunny kind of Amy Steel vibe going on) manages to elicit a little more sympathy than usual for this kind of film. If you're expecting a graphic bloodbath this definitely isn't the place to go, but it's definitely one to see if you thought you'd seen every variation on the whole serial killer idea out there.

Tucked away as a special feature on the Intervision DVD is another Jones film released two years later, the absolutely surreal Project Nightmare. The setup is basically a sci-fi/horror twist on the Joseph Losey oddity Figures in a Landscape as a couple of guys, Gus (Miller) and Jon (Foster), find themselves stuck out in the middle of the wilderness after a vacation gone wrong has left their campsite in shambles. Something inexplicable is making weird noises around them and terrorizing them, which they try to explain to the only human being in sight, Marcie (Koslo). Bizarre dreams, a force field that won't let them leave, and other baffling elements accumulate until they stumble on a secret government base where the film promptly goes off the deep end with a barrage of hallucinatory, monstrous surprises.

Exactly the kind of film you'd watch late at night in a stupefied half-dream state, Project Nightmare has been catching viewers off guard since it first bowed on home video from Academy in the late '80s (though it looks like it was shot quite a bit earlier 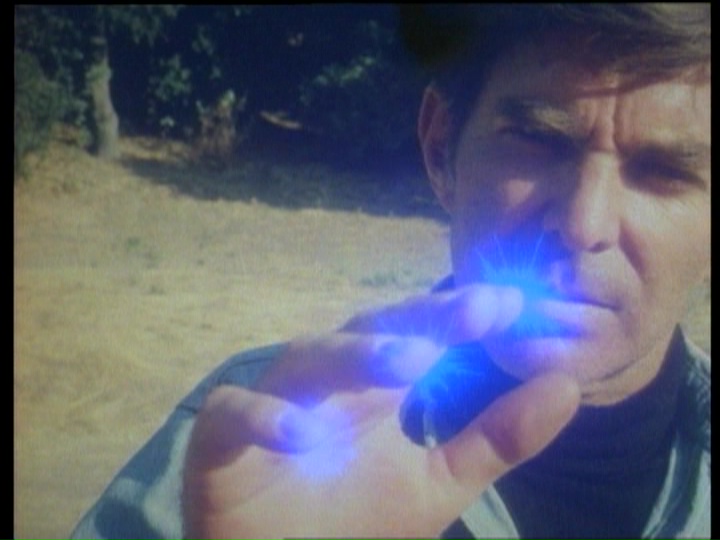 given the haircuts and clothes). The primitive computer credits and deliberately inaccessible storyline meant that it was going to be a tough sell no matter how long it sat on the shelf (apparently the principal photography itself made this Jones's first attempt at a feature), but if you love stumbling on crackpot treasures, this one's a doozy. (Not surprisingly, it's also drawn a few comparisons to 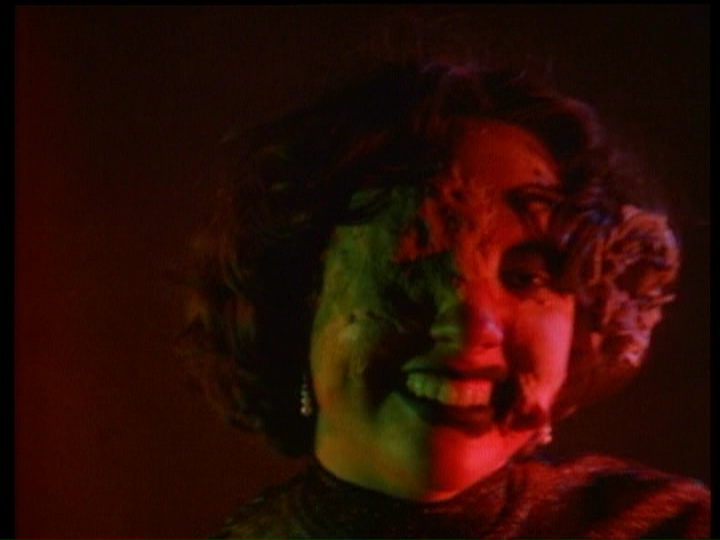 The Cabin in the Woods, with which it shares a surprising number of similarities). The finale is really the main reason to sit through this as it turns into a full-on drug trip on film, complete with crazy low-budget makeup effects, flashy lighting, and sci-fi trappings that put this in a category all unto itself.

Released on VHS by Prism, Murderlust has been out of circulation for a very long time and benefits here from what appears to be a better video master (film elements are long gone, apparently). It's also much longer than the tape edition (nearly 7 minutes!), extending that gun sequence in a particularly queasy fashion. Project Nightmare also looks better than the fuzzy version released on Academy (which seemed to clutter mom 'n' pop video shops for ages), taken from a better one-inch video master and looking pretty decent all things considered. In addition to a Murderlust trailer, writer and producer James C. Lane contributes a full audio commentary for Murderlust and a partial (49-minute) one for Project Nightmare, chatting about his working relationship with Jones, his intense research into serial killers like the Hillside Strangler, the original Touchstone title given to Project Nightmare, and helpful tips about grabbing crucial outdoor shots without permits.