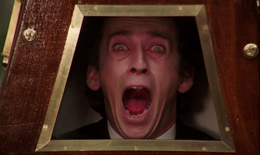 Controversial British director Ken Russell dabbled in almost every genre throughout his wild career, but one particular type of story kept him coming back over and over: the c 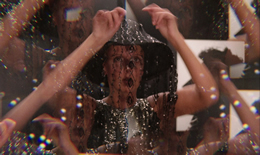 omposer biography. From his early days at the BBC through the outrageous Lisztomania, Russell specialized in flamboyant, intelligent, and visually staggering looks at some of the greatest musical minds in history, mixing personal life, fantasy, and artistic interpretation into a cinematic melting pot that never repeated twice. For Russell fans, two films tend to stand at the top of the composer biopic mountain: his 1971 masterpiece The Music Lovers, which just looks better and better with each year, and the gorgeous Mahler.

Robert Powell (a veteran of horror films like Asylum, The Asphyx, and The Survivor who also starred in the title role of Jesus of Nazareth) plays the legendary Gustav Mahler, whose duties as a conductor supplement his less profitable efforts as a composer. En route by train from a prematurely canceled concert tour and accompanied by his wife (the marvelous Georgina Hale), Mahler flashes back on his life and indulges in some alternately disturbing and amusing fantasy sequences.

Along the way Russell tips his hat with a number of cinematic references including Vampyr, Siegfried, The Music Lovers, and an amusing riff on Visconti's Death in Venice, with a quick Oliver Reed cameo thrown in for good measure. While the typical Russell extravagant touches and outrageous humor are in abundant evidence here (witne 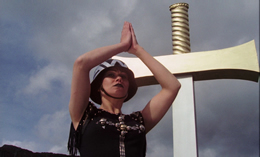 ss the nude funeral sequence and bizarre Nazi-Chaplin fantasia), he's backed up by a solid cast and some exquisite photography and production values that should mak 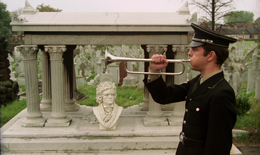 e this enjoyable even for non-Russell film fans. Interestingly, this film makes an odd companion piece with Lisztomania, which was filmed four years later but is set just a few years before this film and contains many of the same characters and themes. It's amazing what a difference (for better or worse) a bigger budget and a pounding rock score can do.

This first DVD of Mahler appeared early in the DVD format's history in 1998 from Image Entertainment, improving considerably at the time over the old Thorn/EMI VHS release and containing the excellent two-channel theatrical stereo soundtrack, which is much rarer than you would think. Russell's powerful use of sound here finds him treading into the same multi-channel territory he would later run wild with a year later in Tommy, and though mildly cropped, the Image disc was fine for the time. Unfortunately it went out of circulation a few years later, passing over to the Janus Films library and circulating through their streaming services without another American video release anywhere in sight.

A 2005 British DVD from Femantle recycled the full frame transfer, while the early 2012 UK DVD from Odeon improved things on the visual end with an anamorphic transfer, matted to 1.78:1 (shearing off some from the top and bottom while adding slightly to the side 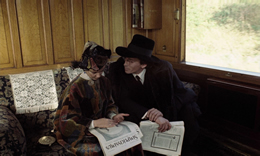 s compared to the prior version). Clarity bumps up significantly, but on the downside, it only contains the mono soundtrack, an irritating strike against an otherwise solid release (which also includes the theatrical trailer).

Released half a year after the UK reissue was a big surprise, a Japanese Blu-Ray containing a very pleasing 1080p transfer with the ideal 1.66:1 framing showing off the compositions to their best, most spacious advantage to date on home video. This still looks like a comparatively low budget '70s European production, of course, but the rich colors and fine production details really shine here (even more than most of the current circulating film prints, which are sadly not aging well). Thankfully the two-channel stereo mix is also back as it should be, sounding absolutely fantastic. The same European theatrical trailer is the sole extra apart from some Japanese-only text bios.