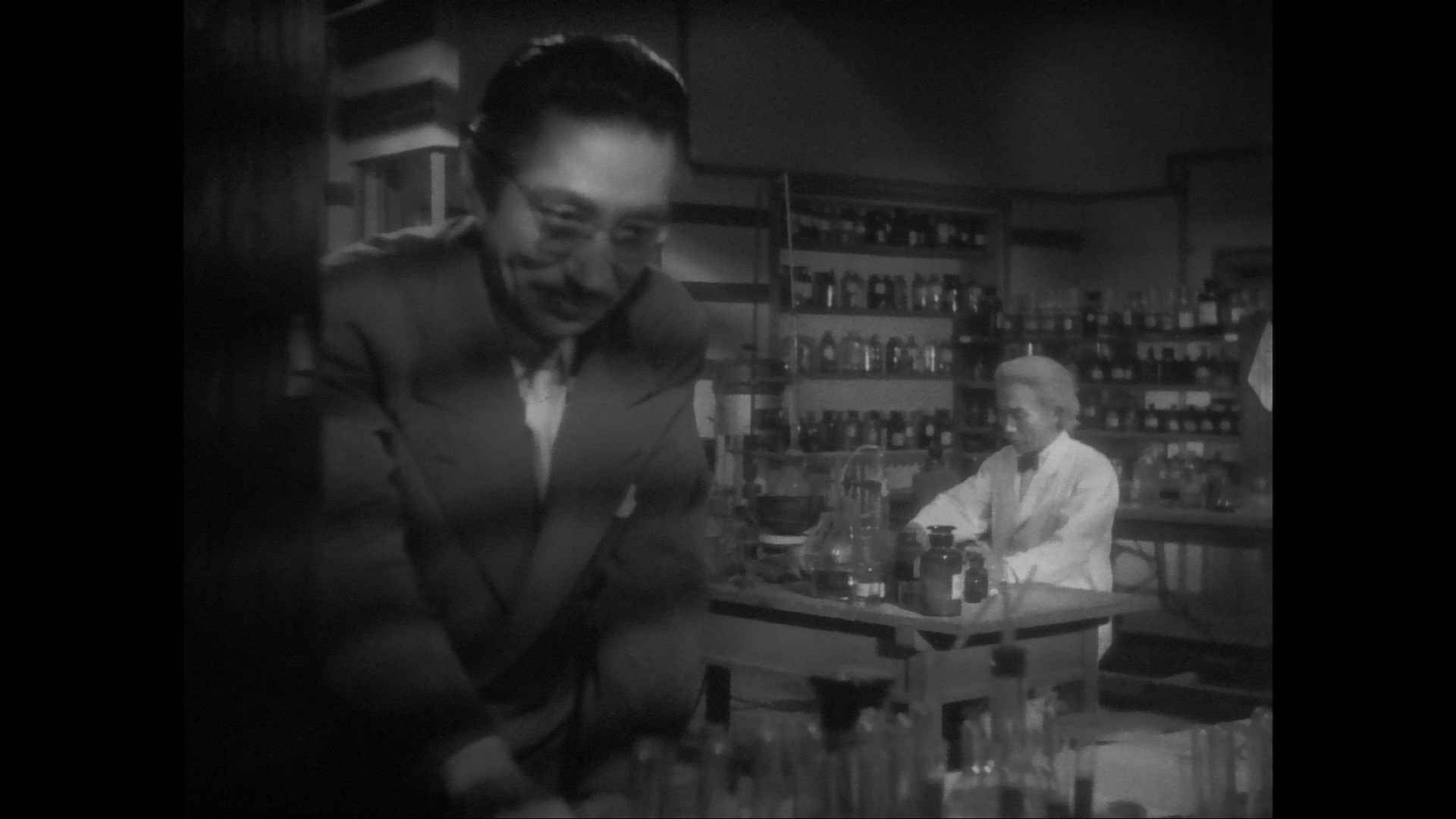 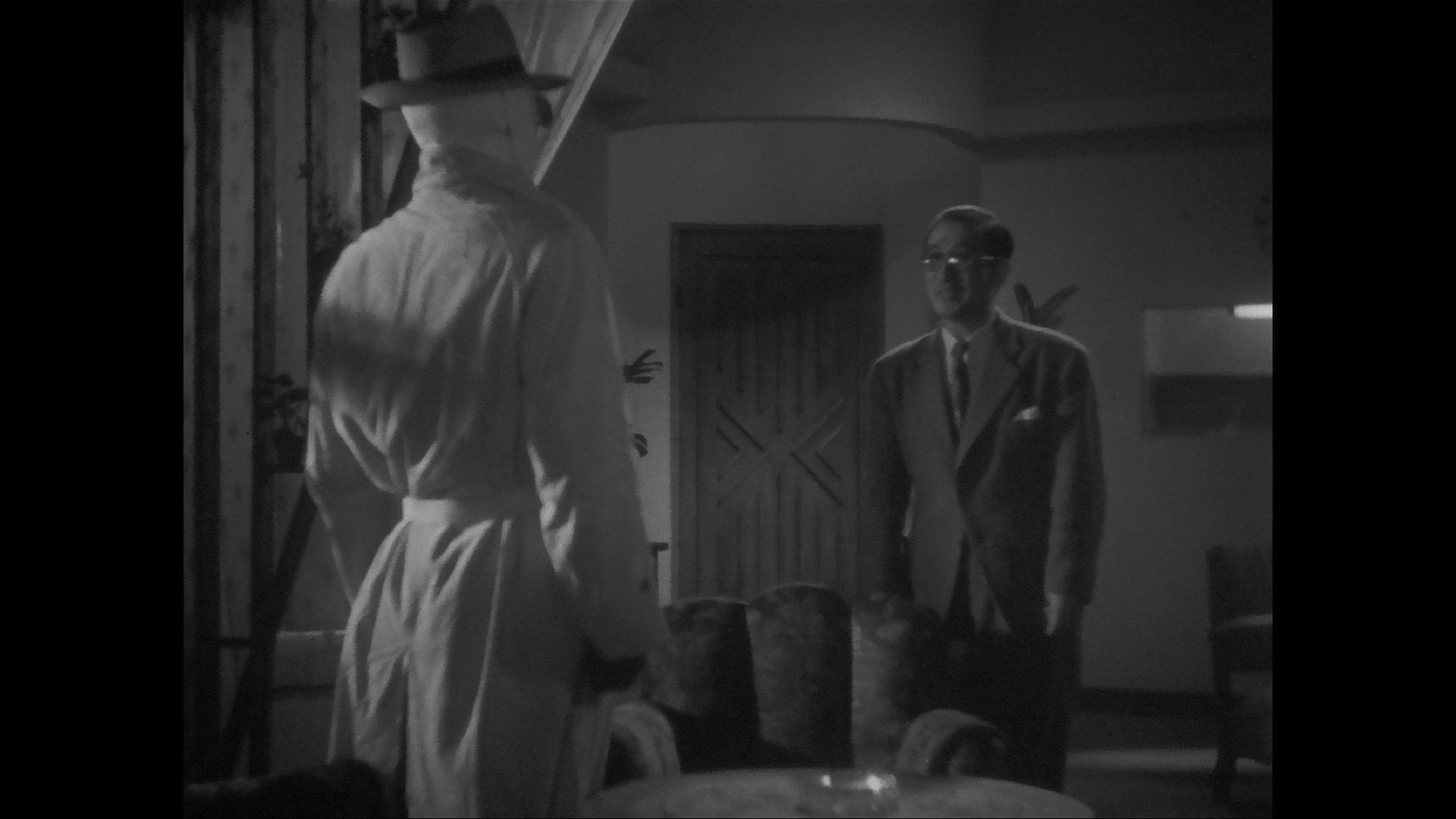 have been getting a welcome recent spotlight from Arrow Video, and that continues with this welcome pairing of two monochrome science fiction productions united in their pulpy takes on the invisible man idea first set out on paper by H.G. Wells. Later known for its Gamera, Zatoichi, and early Kurosawa films, Daiei Studios took advantage of the postwar boom in Japanese cinema to explore a variety of commercial genres with this one fitting nicely into the void left by the departure of Universal's classic monster movies.

First up is The Invisible Man Appears, which is essentially a showcase for some nice tricky visual effects and another cautionary tale about the abuses of technology and science a la the later Gojira (which shares the same effects maestro, Eiji Tsuburaya). Essentially what we have here is a standard diamond heist story catapulted into fantastic territory as a crooked businessman named Ichirô Kawabe (Zatoichi regular Sugiyama) sets his sights on a multi-million-dollar necklace, the Tears of Amour, that seems the be impossible to steal. His inventive plan involves targeting a trio of scientists who have been working on a formula to turn animals invisible, albeit without a 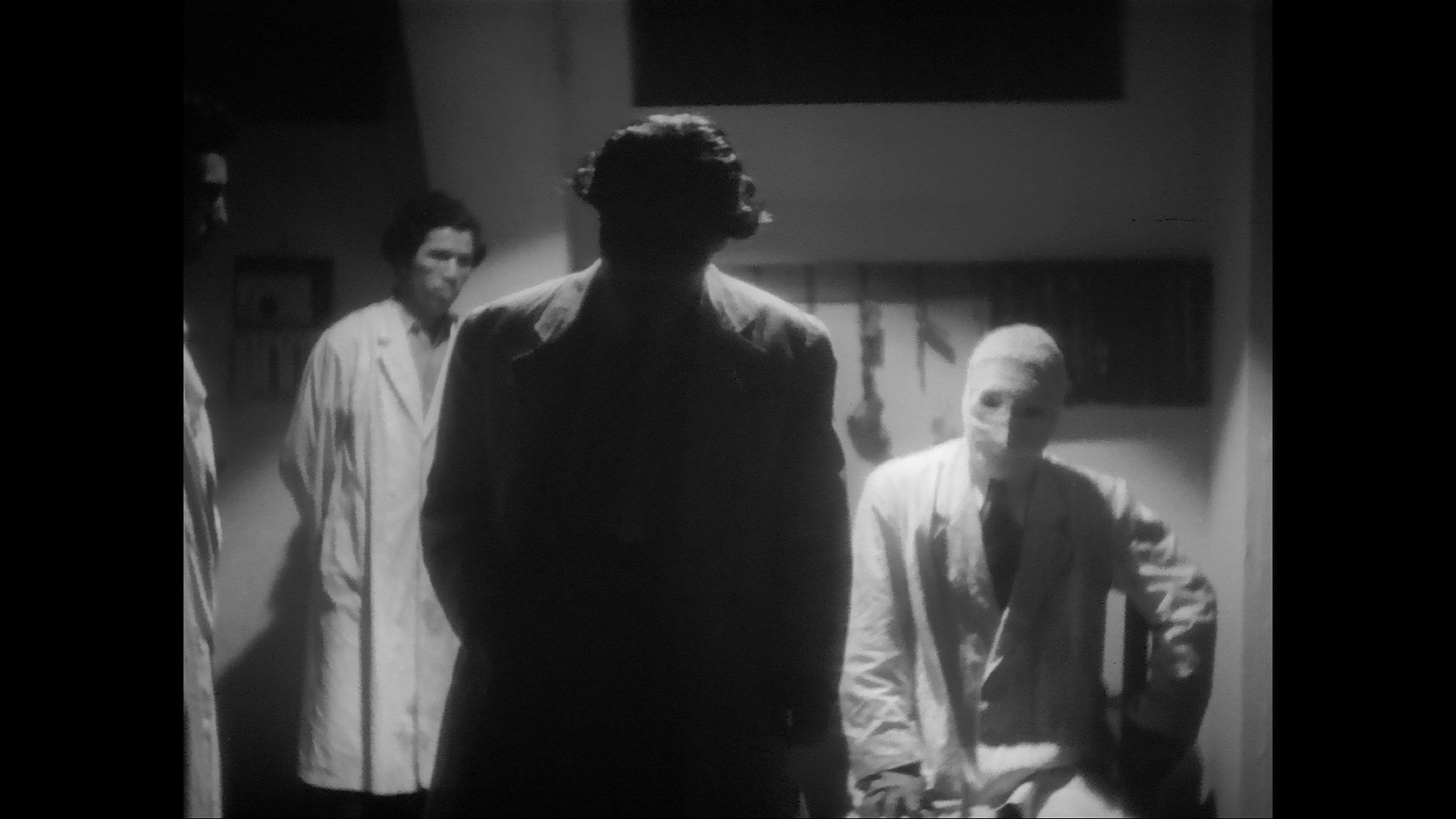 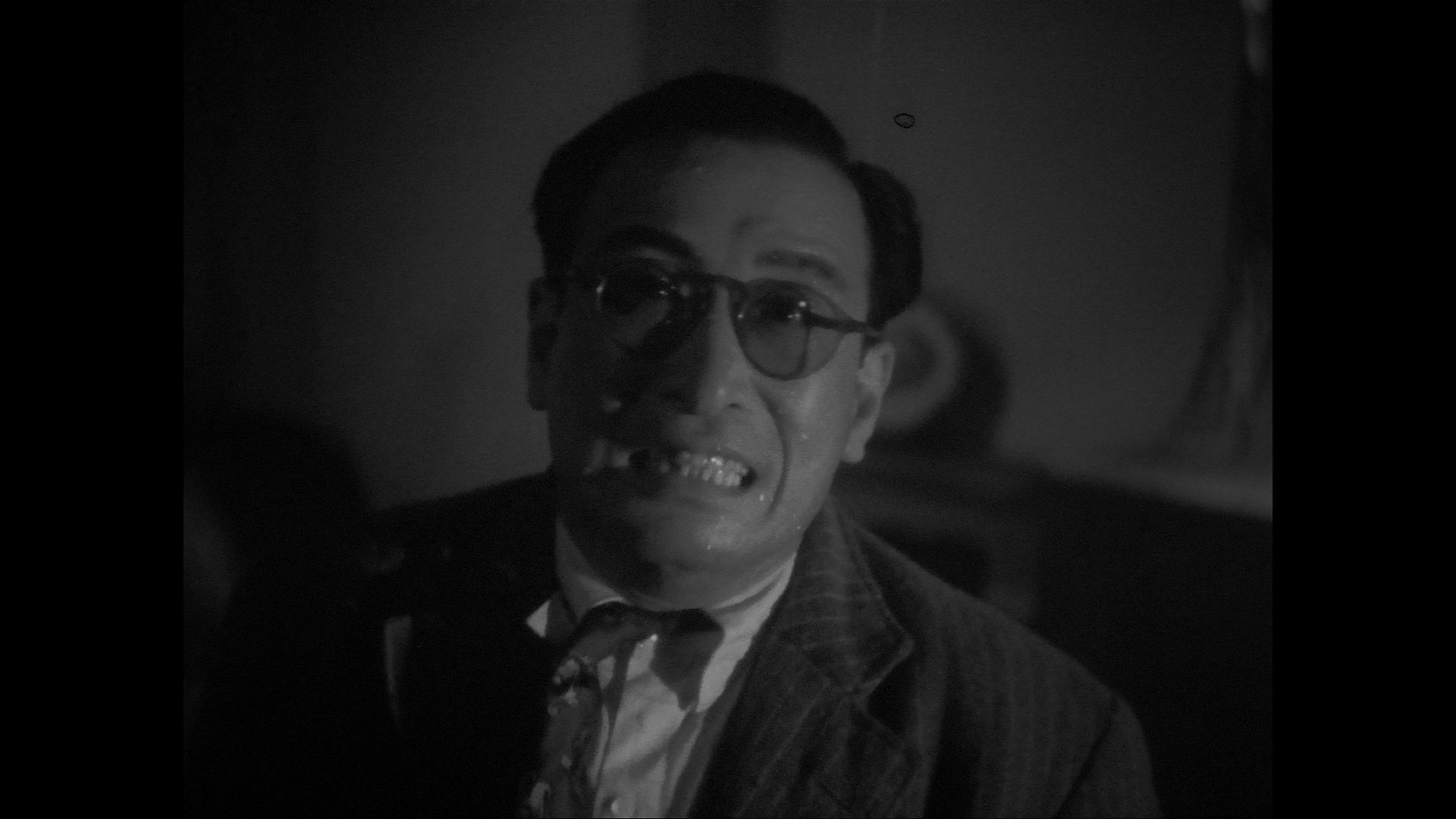 antidote. In fact, Professor Nakazato (Bloody Spear at Mount Fuji's Tsukigata), is essentially pitting his two assistants, Kyôsuke (Natsukawa) and Shunji (Koshiba), to perfect the light-based discovery, which makes him a prime target for an invisible but bandaged villain to embark on a crime spree to get the diamond while posing as the professor. Meanwhile Nakazato's daughter, Machiko (Kitagawa), is being courted by seemingly every man in her father's circle and could hold the key to exposing the evildoer along with his club performer sister, Ryûko (Mizunoe), who's closer to the diamonds than anyone else.

Completely with an overt moralistic ending and its menagerie of fun twists on the invisibility idea (including robberies, POV attacks, chase scenes, and even an invisible guinea pig), this film helped set the stage for the modern Japanese sci-fi films and was followed less than a decade later by another variation on the idea, The Invisible Man vs. the Human Fly. 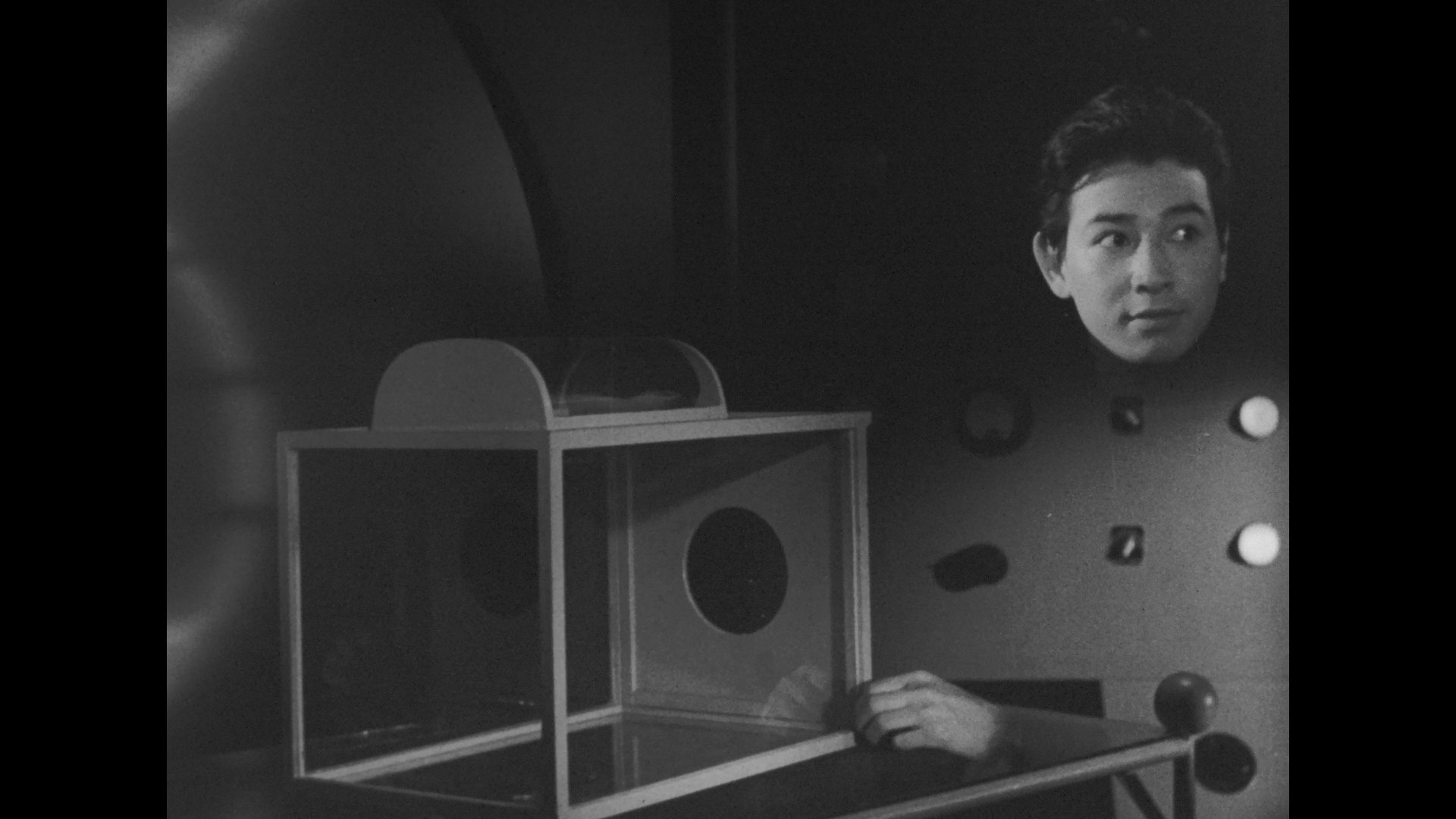 A much crazier experience, this one involves a string of murders around Tokyo united by only one clue: a prominent insect buzzing at the scene of 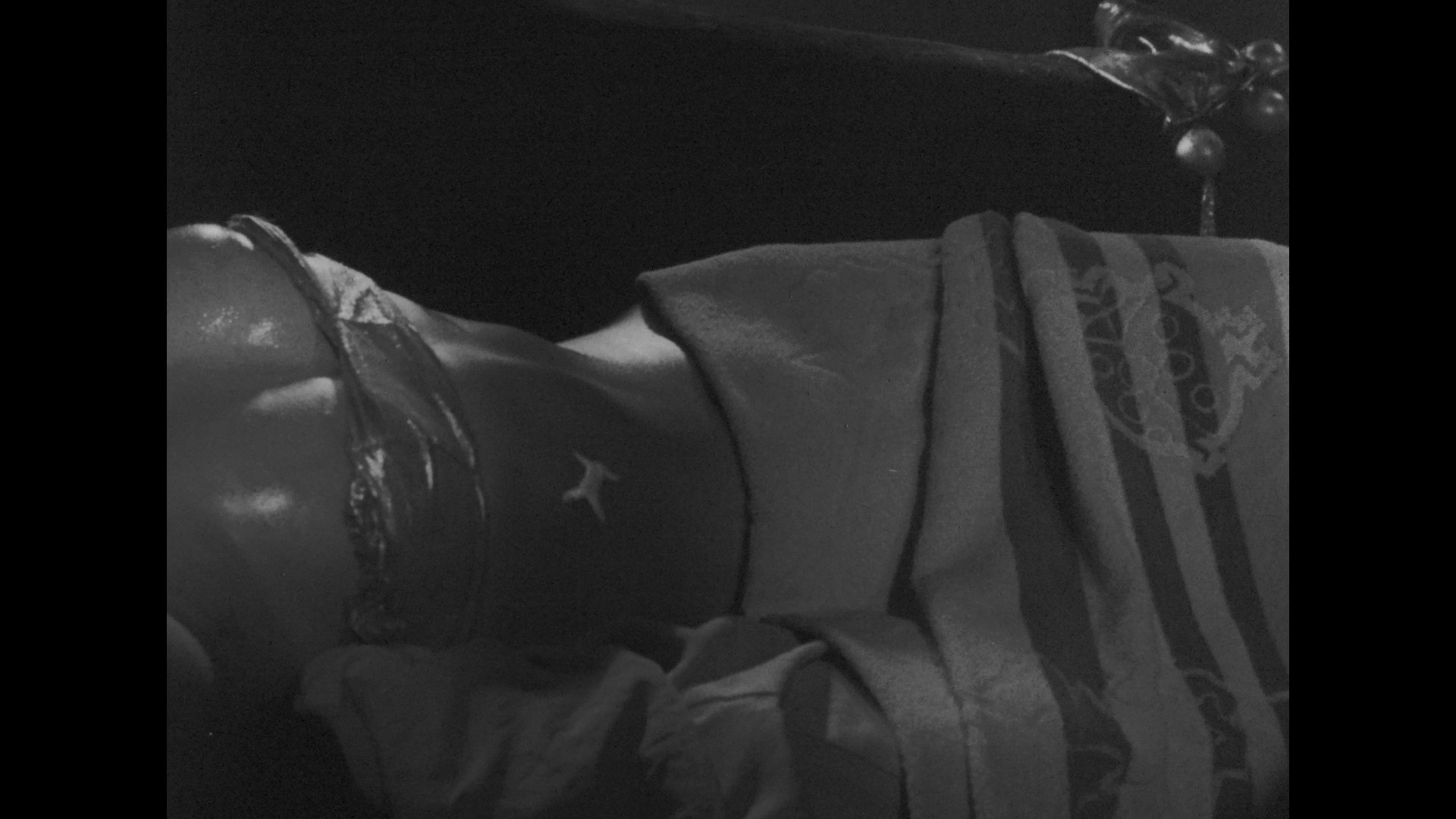 each crime, starting off with the audacious murder of a construction CEO inside a locked bathroom on a passenger plane. The police determine that the killer must be either invisible or microscopically small, though one look at the title should give away that it's actually the latter: an itty bitty serial killer, complete with his own nutty theremin music theme. Though it starts off as a fairly chatty crime procedural, the film switches to pure delirium once we get a look at the perpetrator and his new adversary, the recipient of a handy invisibility formula -- which means we get some fun in-camera effects with partially dissolved bodies and the unforgettable sight of a fly-sized human sliding down a woman's body. Like the prior film, it's shot in a straightforward and fairly no-nonsense fashion with some occasional noir-inspired visuals, allowing the effects to pack a surprising wallop when they land.

Both films have remained essentially unseen outside of Japan (at least through legal venues) since their initial release, so the Arrow Video Blu-ray edition in the U.S. and U.K. should be a nice discovery for fans of tokusatsu (effects-driven) local productions that led to the outrageous heights of Ultraman and Godzilla. As a 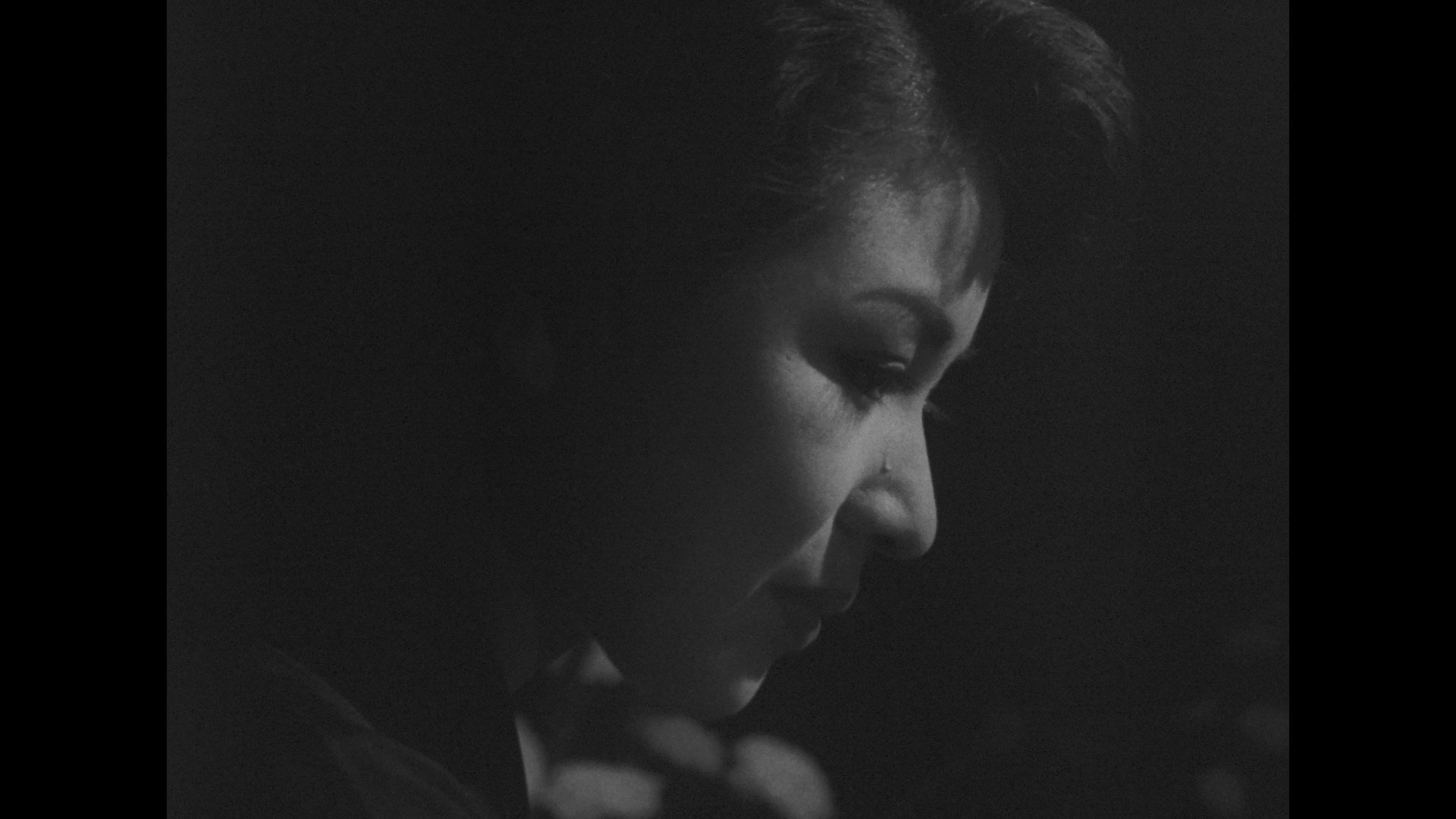 disclaimer at the outset of both features notes, the best surviving film elements are 16mm exhibition prints which makes 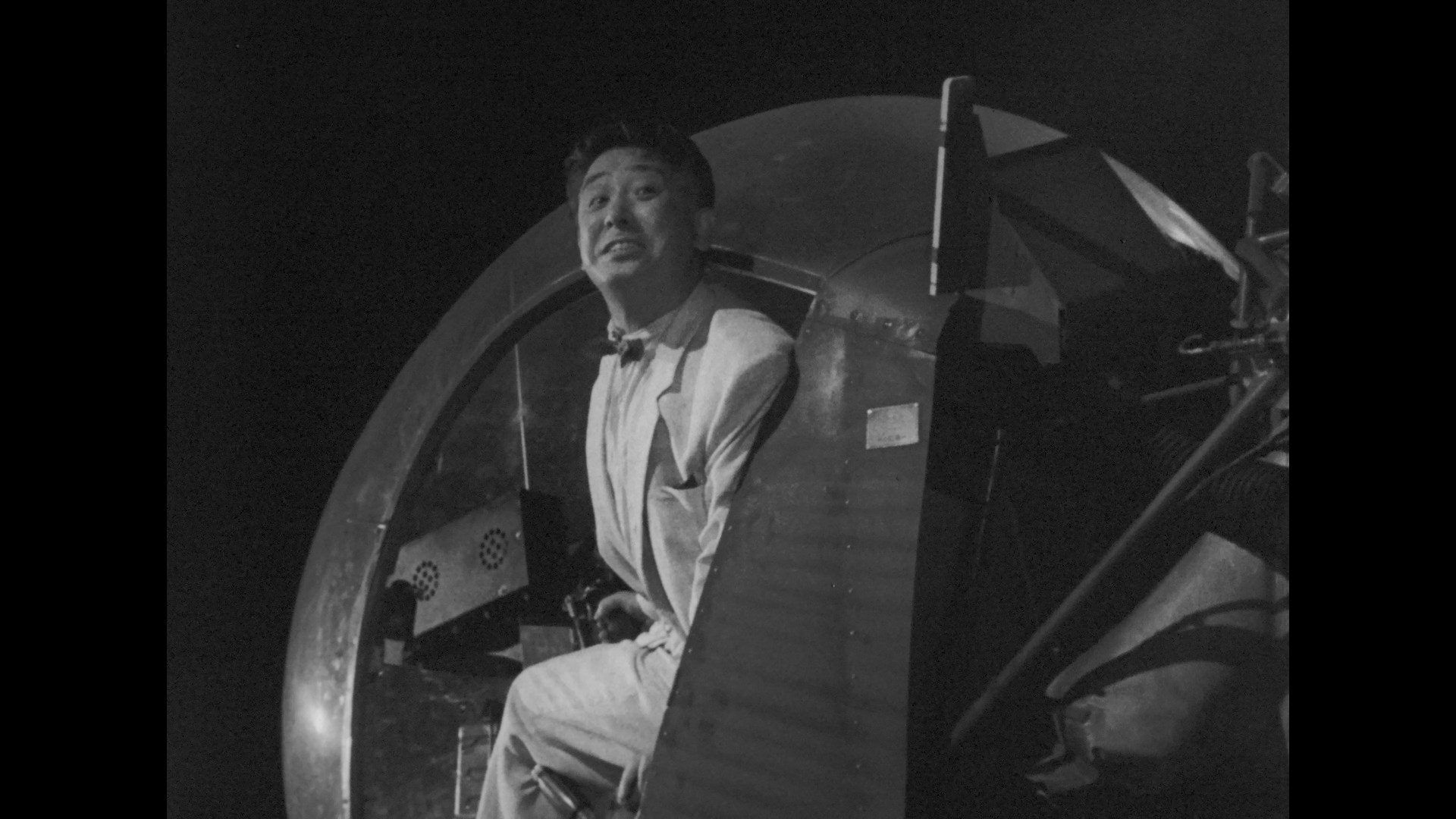 this an "it is what it is" proposition. You can expect softness and plenty of age-related damage at times, but it's also surprisingly detailed given the source with nice contrast to boot. The LPCM Japanese mono tracks (with optional English subtitles) are perfectly fine given the nature of the material as well without any distracting damage issues there. The main extra is the new "Transparent Terrors" (24m40s), with the always reliable Kim Newman surveying the lengthy history of invisible-themed cinema including some tangential ones (Fritz Lang, Harryhausen, etc.) and the biggies like the Claude Rains classics and its Universal offspring. He also ponders the appeal of the idea among filmmakers who found new twists to try out along the way and goes all the way up to the most recent iteration with Elisabeth Moss. A trailer for The Invisible Man Appears is also included along with separate standard definition galleries for both films, while the packaging features new artwork by Graham Humphreys and, in the first pressing, an insert booklet with liner notes b y Keith Allison, Hayley Scanlon, and Tom Vincent.