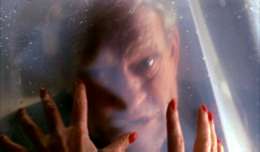 Splitting his time as a financial professor and coordinator for a shady spy ring, Robert Elliot (Coburn) is offered a powerful new position as the presidential economic advisor. However, at the behest of his rich and corrupt patron, fat cat E.J. Farnsworth (Wynn), he must first dispatch his four operatives to cover his tracks. The plan to leave no one alive becomes more complicated with the involvement of an intrepid reporter (Grant, shot with more soft filters than Cybill Shepherd) who harbors romantic feelings for Elliot but also wants to bring both him and Farnsworth down. As plans for the quartet of complicated murders commence by pitting the spies against 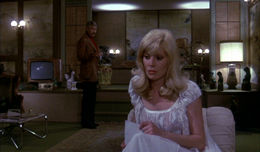 each other, Elliot must find a way to keep his hands clean at an increasingly high cost.

A fun, gimmicky thriller informed by past modest but efficient narrative clockworks like The Assassination Bureau and Sleuth, this all-star thriller overcomes its cumbersome title with a cant-miss narrative structure and an impressive international cast who keep the events chugging along at a brisk pace. The twist ending is a kick as well, 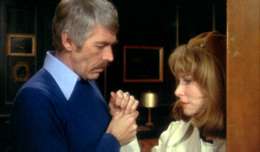 capping off an exceptionally tight and effective final third on a perfect, unpredictable note that anticipates a similar reveal in Umberto Ecos The Name of the Rose. Coburn was in the midst of a real hot streak that didnt become fully appreciated until much later, with work surrounding this including Pat Garrett & Billy the Kid, Bite the Bullet, Harry in Your Pocket, and Hard Times. Hes quite excellent here as well, holding down the film with a wonderfully villainous lead role that requires a bare minimum of actual physical activity. Also noteworthy is the atmospheric, typically top-drawer score by Roy Budd, who elevated numerous 1970s crime films like Get Carter and The Black Windmill with his musical gifts. Finally, the film also serves as a startling reminder of just how different a PG rating could be in the 70s, with a nasty shower sequence that will catch any unprepared viewer quite off guard.

Scorpions premiere DVD release of this worthy title salvages it from the hell of murky, long-forgotten TV screenings with a solid transfer that makes the most of the films uneven 1970s film stock. Most of the interior scenes look excellent, while some of the second unit work is more uneven. All in all, its quite nice bearing in mind the nature of the production. Extras include the original theatrical trailer, a chatty half-hour video interview with screenwriter Jonathan Lynn (who went on to direct Clue and My Cousin Vinny), a very brief bit of video commentary from Lee Grant, and an audio remembrance from Coburns daughter, Lisa, along with bonus trailers for the companys other releases including Silent Scream, Skateboard, Goodbye Gemini, and Voyager.