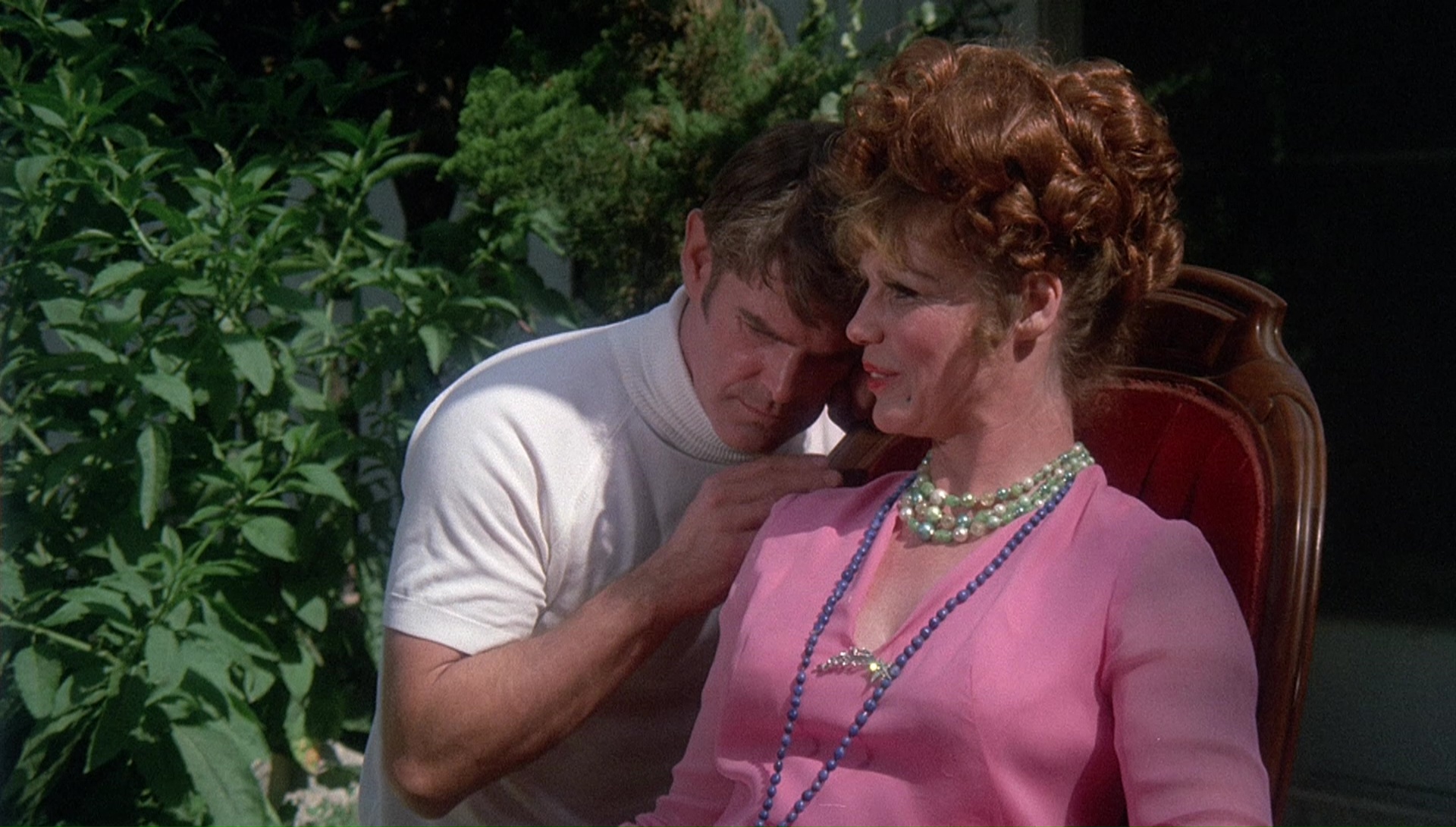 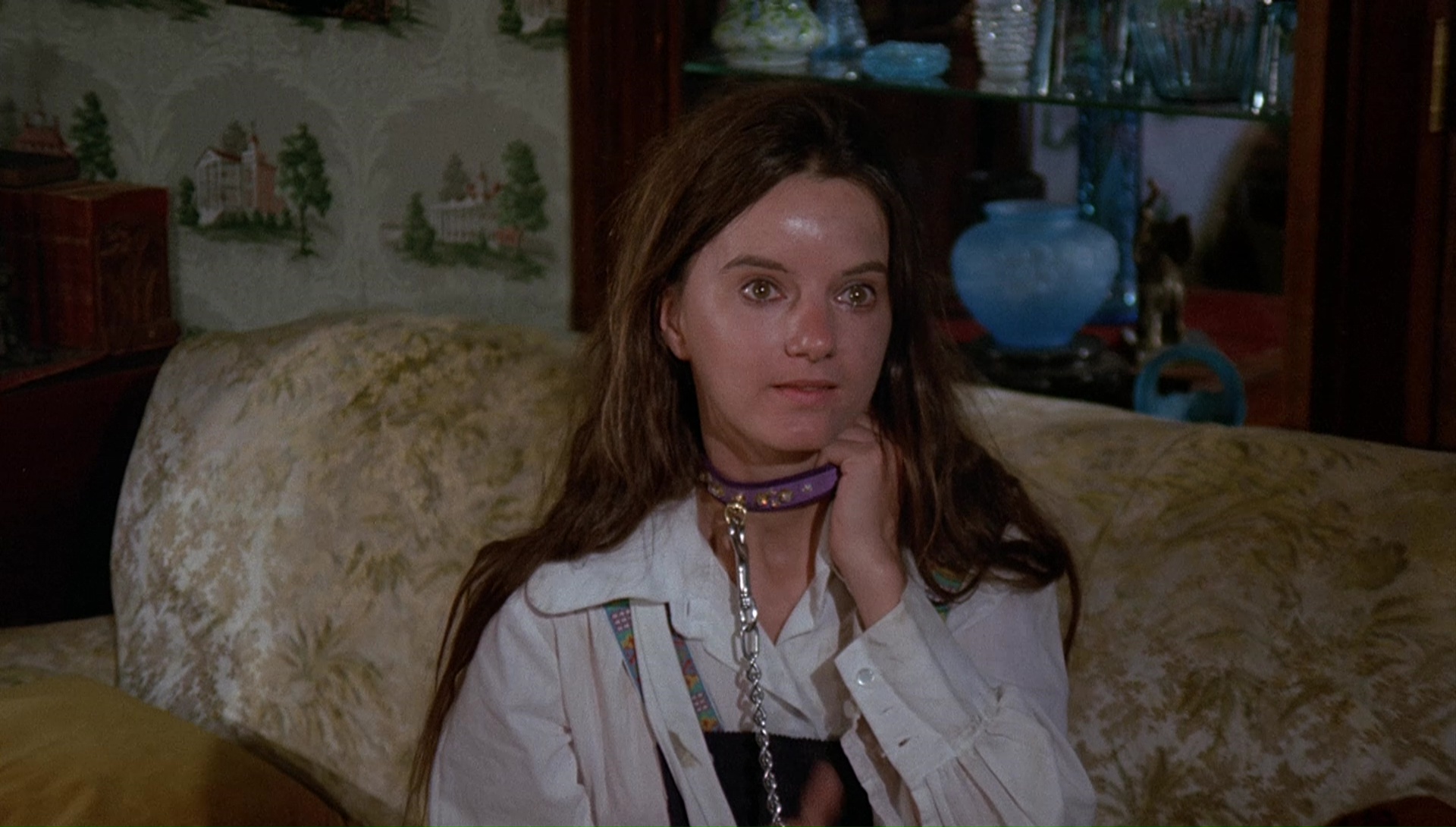 For some reason best left discovered to brave sociologists, movie screens in the early '70s were awash in stories about hapless, free-wheeling young women out on their own running afoul of deviant psychopaths either out in the woods or lurking in sinister old houses. Thus the box office suddenly exploded with the likes of Last House on the Left, Deranged, House of Whipcord, Behind Locked Doors, The Sinful Dwarf, and on and on. An obscure but oddly entertaining cheapjack entry in this cycle shuffled into theaters in 1973 under the title of Schoolgirls in Chains, though '80s VHS trash addicts knew this one better under its more intriguing alternate title, Let's Play Dead. The film's opening MPAA R rating card ensures nothing too explicit occurs, but you can't blame the filmmakers for trying.

Gary Kent, a drive-in regular going back the late '50s in numerous Ray Dennis Steckler and Al Adamson films, is the only major name in the unsavory story of Johnny and Frank, a pair of brothers devoted to their domineering mother who pass their lonely days by swiping ladies traveling through the area and subjecting them to a variety of demented games. Sporting really bad teeth and overalls, Johnny has his own unique slant on "playing doctor," while Frank sits around on his piano bench subjecting the girls to his demented monologues and fumbling attempts at straight sex. The surviving captives (none of whom look close to school age unless it's adult education classes) are kept with collars 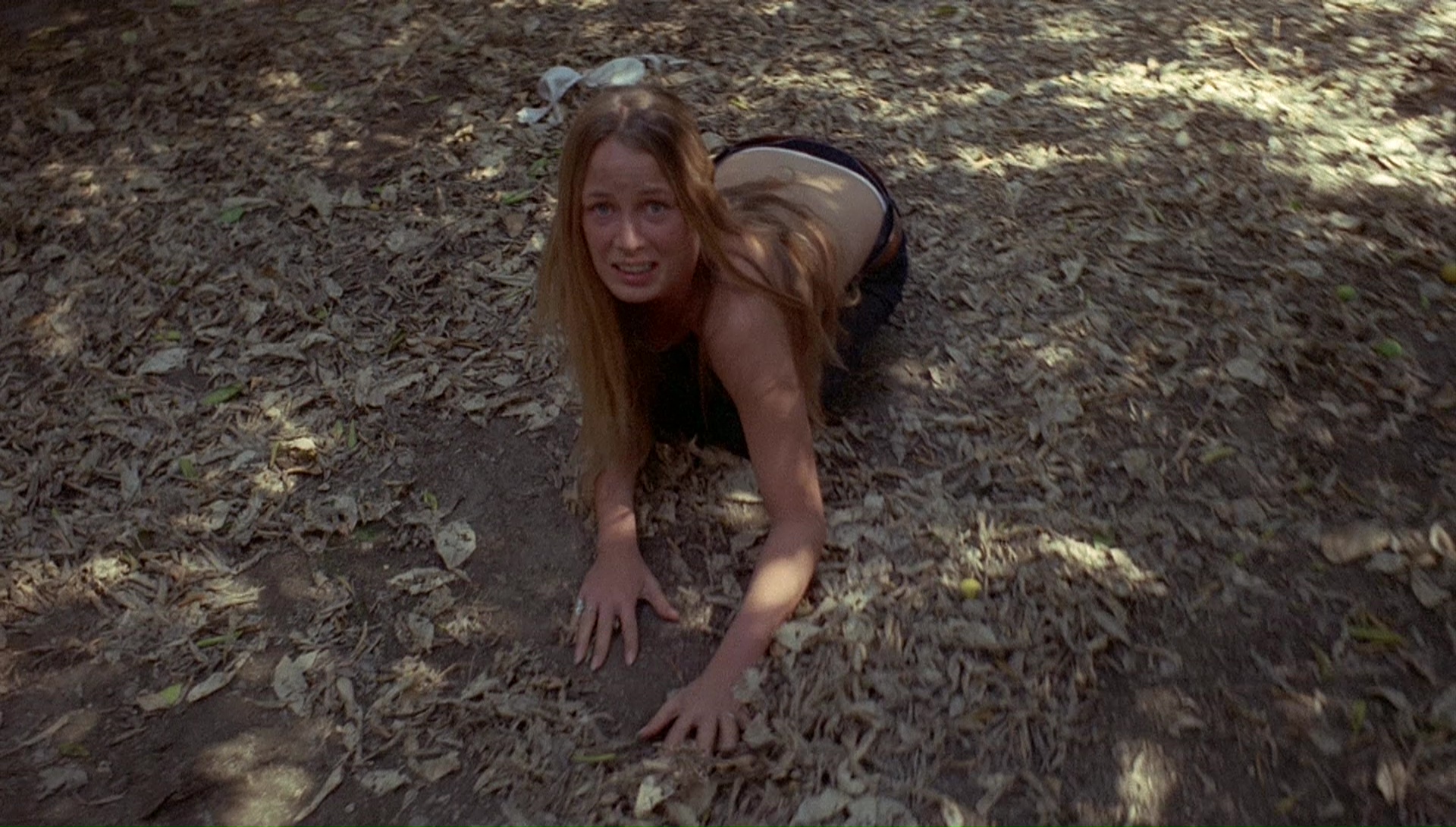 around their necks, often in the basement with rats crawling around their ankles. However, when the boys decide to pick up the wrong lady one day, their peculiar activities are quickly in danger of discovery.

Though not a title picked up by Something Weird, Schoolgirls in Chains sure feels like it. Kent and Stoglin do an efficient job as the wacko siblings, but the rest of the cast is pretty 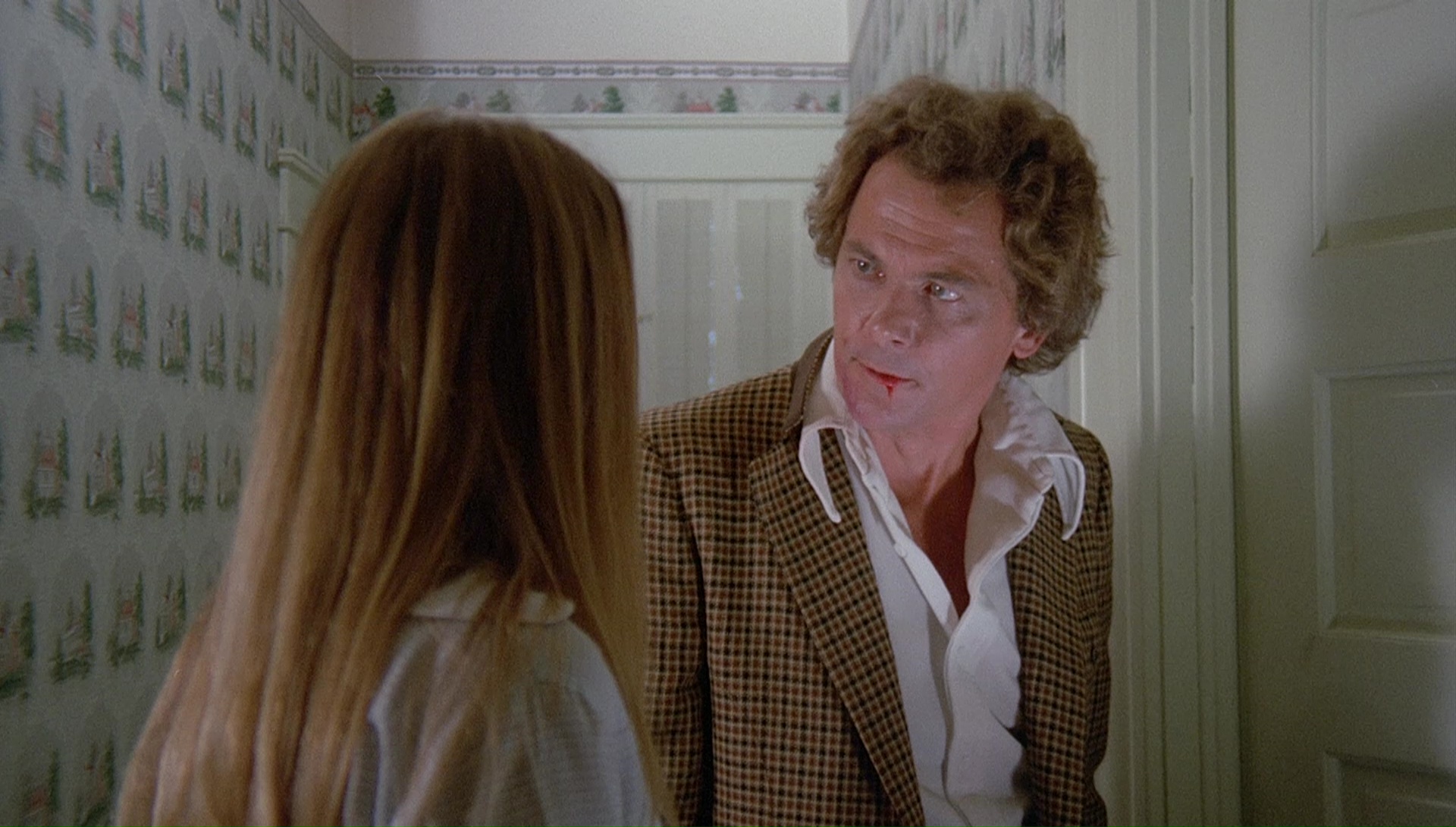 much local theater quality. Most of the women spend the bulk of the film topless, but their hair and other accoutrements are usually arranged to keep the skin within the limits of that aforementioned R rating. However, that doesn't stop the film from wallowing deep in its sleazy atmosphere, as the protracted scenes of psychological and physical sexual assault ensured this would never be a mainstream hit.

In 2008, the world finally got its first special edition of this film on DVD from Media Blasters in 2005 under the title Girls in Chains. Wanna know how this film got made and where everyone is now? Well, guess what -- you get three commentary tracks! First up in R.A. the Rugged Man (a rap staple familiar to anyone who's watched Frank Henenlotter DVDs), moderator Lee Christian, and director Don Jones, an amiable guy who also directed the phenomenal The Love Butcher and The Forest. Then Jones returns in two separate 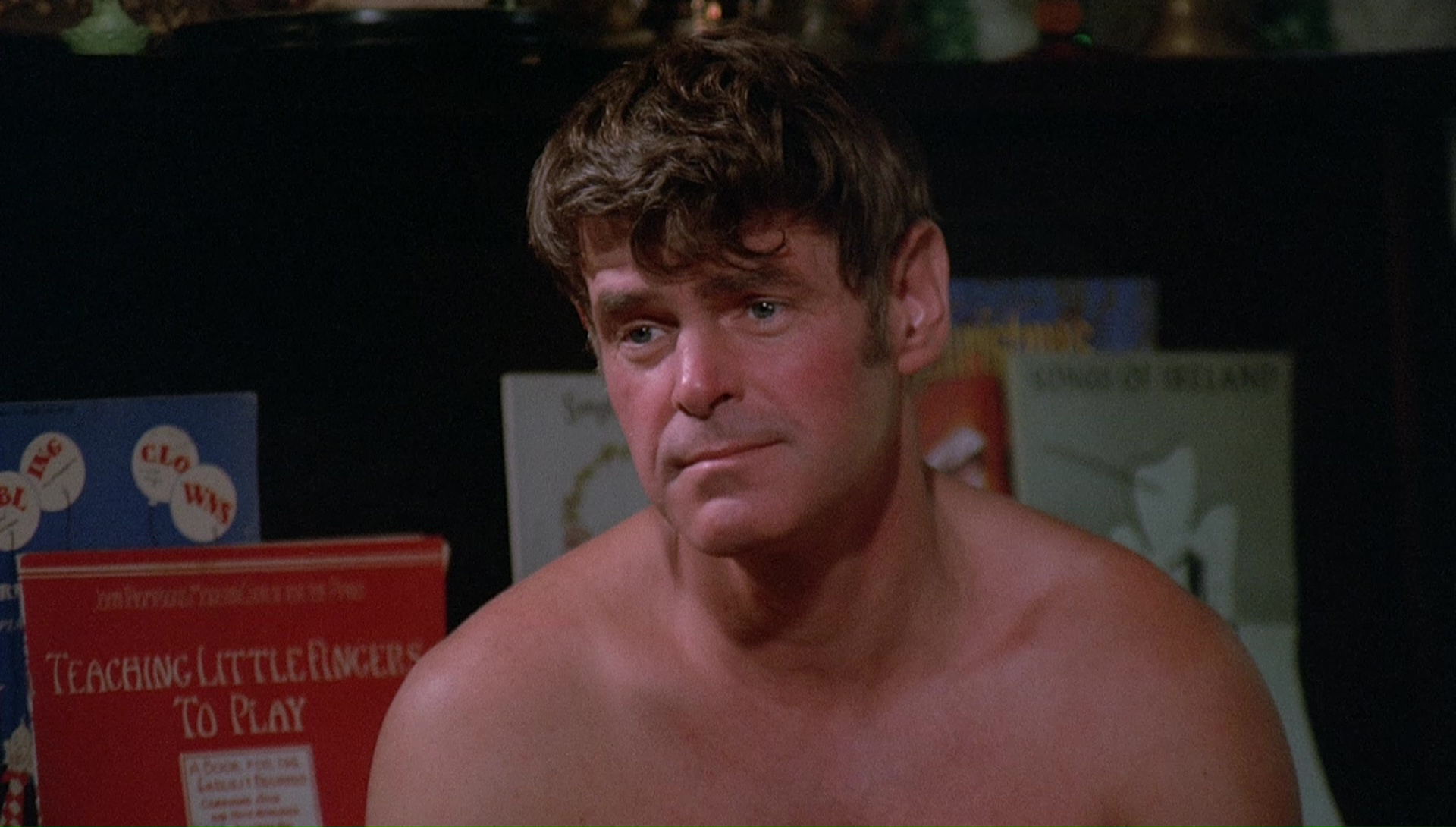 chats with Kent and cinematographer Ron Garcia, who went on to shoot One from the Heart and win an Emmy for his prolific TV work. All three tracks occasionally lapse into narrating the on screen action, but for the most part they do a good job of covering the cast's obscure credits, the locations (including the story behind the main house), the doll collection used in the opening credits and throughout the film, and even the great vintage vehicles used in the outdoor scenes. The sex scenes provide more than their fair share of funny anecdotes, too, including one actor who kept tossing his leading lady aside after hearing "cut!" For some reason the Kent commentary sounds very hollow and echo-y which makes it tough to sit through for more than about half an hour, but die hards will want to slug it through to the end anyway. Then you get an interview featurette with Jones and Kent talking more about the film (including its original shooting title, The Black Widow), the original Schoolgirls in Chains trailer (sourced from VHS), a photo gallery, and bonus "Exploitation Digital" trailers (SS Experiment Love Camp, Divine Emanuelle, Rica, The True Story of the Nun of Monza). As for the transfer itself... well, it ain't pretty. The full frame default version presents the entire film information on all four sides, but there's some obvious damage and color distortion as well as a gritty visual texture over the entire film. It's watchable but doesn't look especially fresh or exciting. 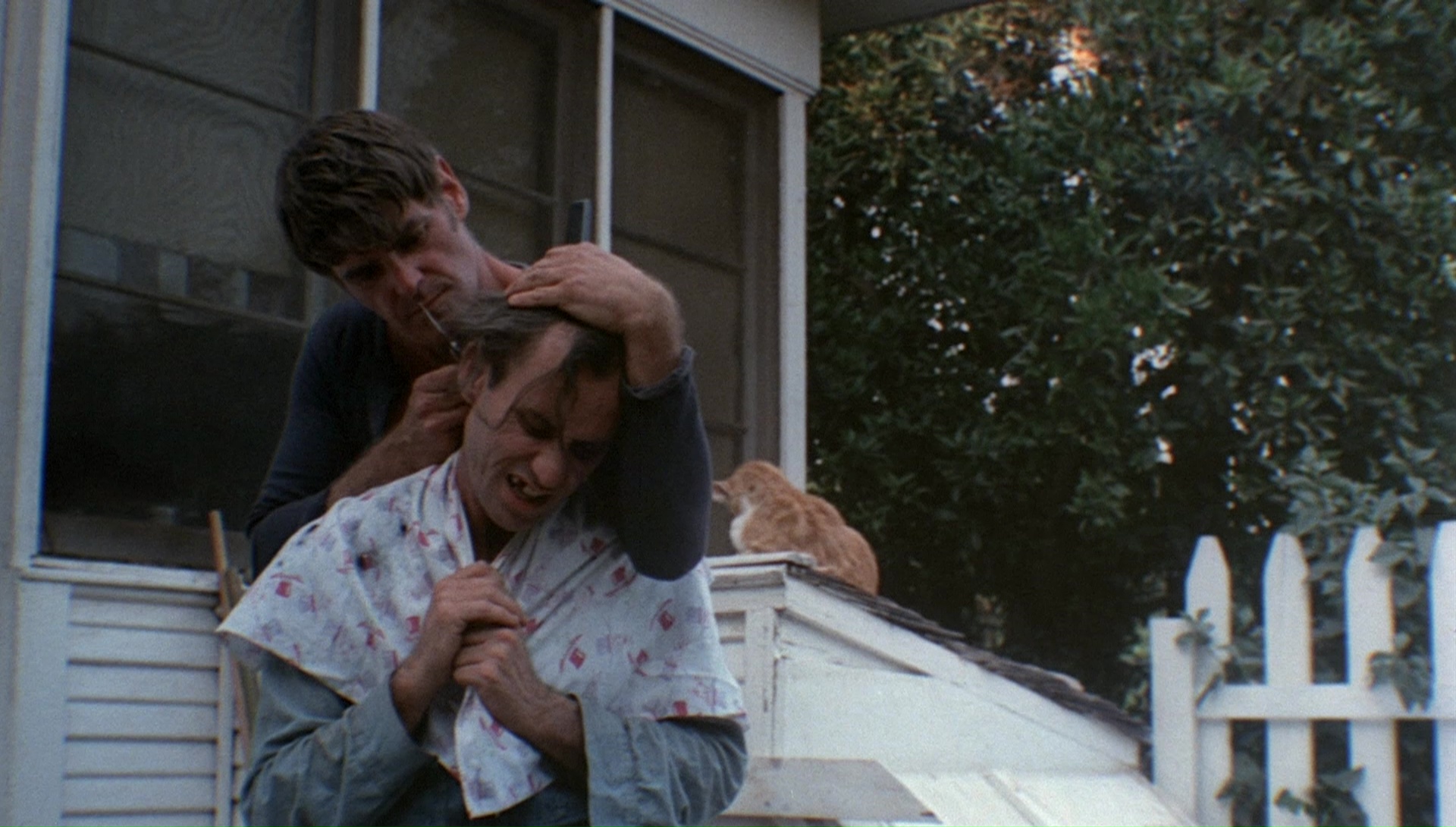 The disc also contains an option to watch the film matted off to 1.85:1 (anamorphically enhanced), but it's just the same transfer blown up (with the color dialed way down for some reason), which you could do automatically on a widescreen TV anyway. The beginning of the 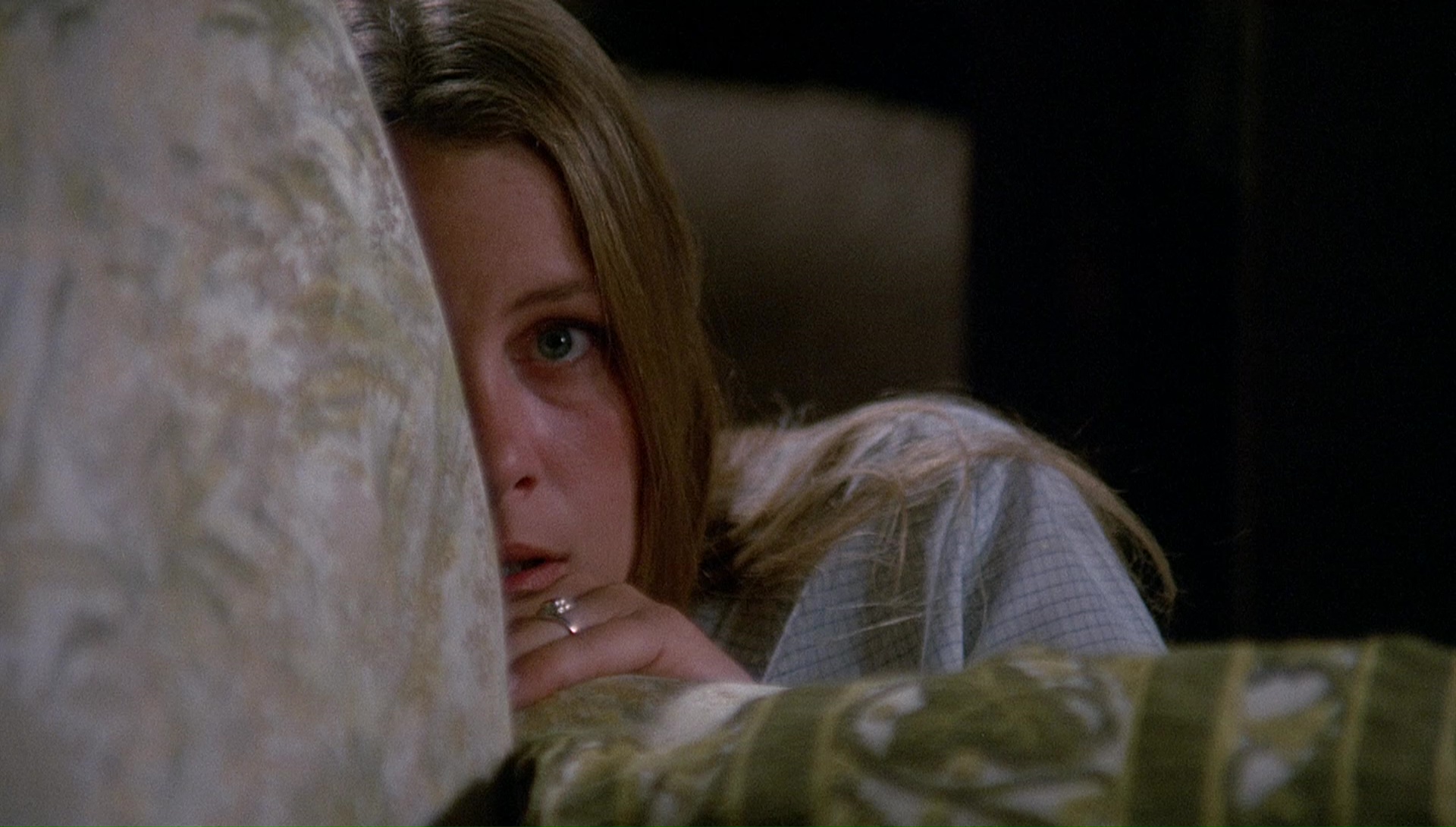 disc features a crawl explaining that this transfer from 2006 couldn't be redone since the film elements had deteriorated and Jones framed the shots for 1.33:1, so stick with that first option. All three commentaries are available for either version. Oh, and the main menu screen features the unforgettable theme song, a crooned pseudo-lullaby that adds to the queasiness of the entire experience.

In 2016 the film was brought back into circulation via Blu-ray (reinstating the original Schoolgirls in Chains title on the cover) by Code Red , who had collaborated with Media Blasters on the prior DVD release. Against the odds, the original negative was finally unearthed for a new HD transfer that truly makes this look like an entirely different film. The image quality looks several generations better in overall quality with healthy flesh tones, better color saturation, fair more detail, natural film grain... you name it, everything is a hundred times better. The DTS-HD MA English mono track also sounds greatly improved with the music in particular getting a nice boost in clarity, while dialogue doesn't sound clipped or muddy anymore. All three commentaries are ported over along with the featurette and original trailer. 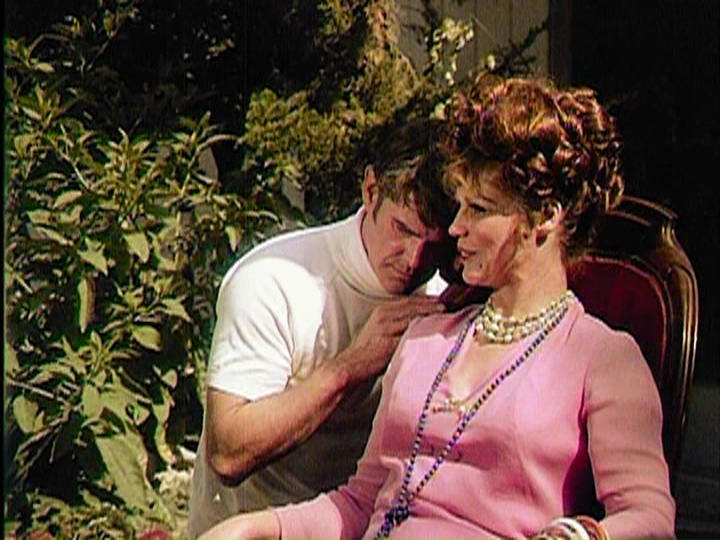 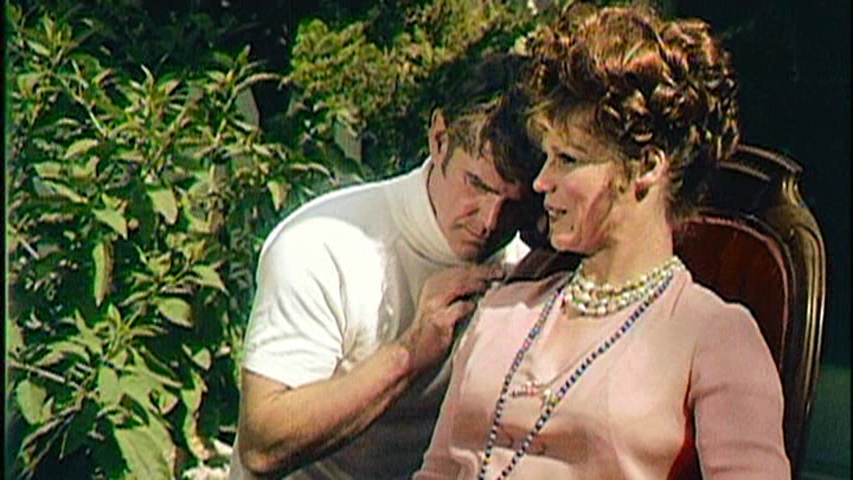