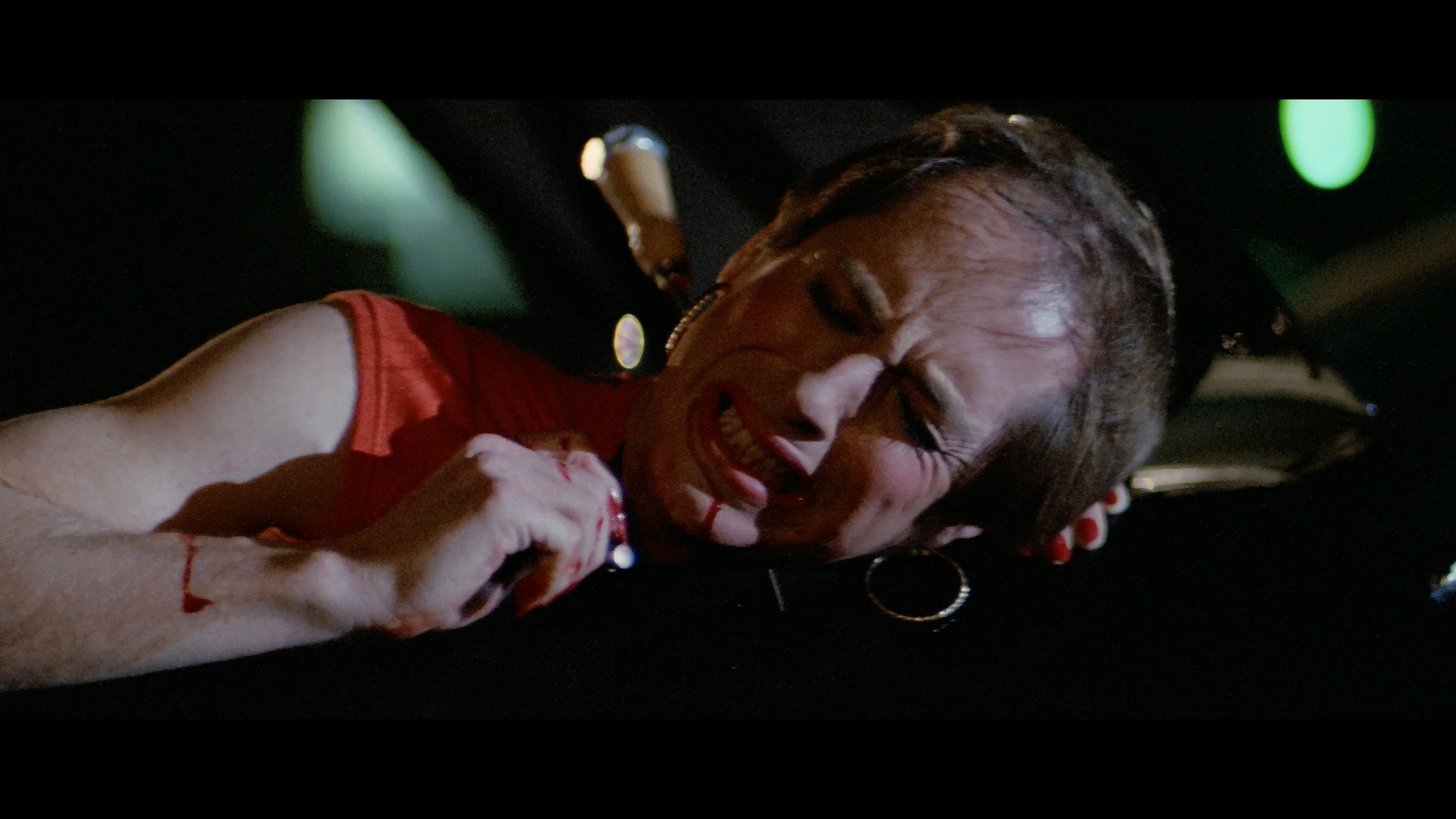 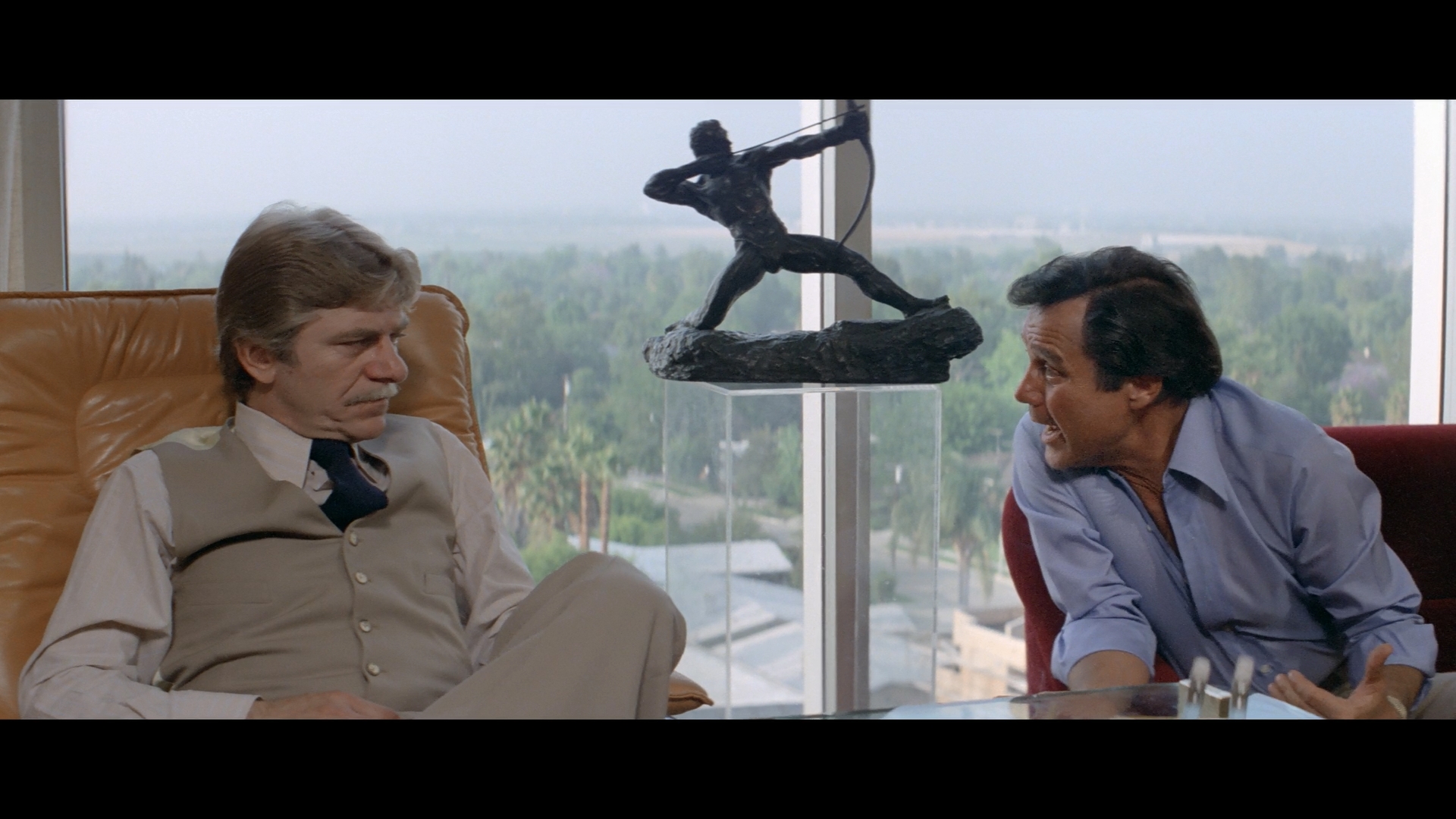 An erotic thriller made way before the genre hit its stride in the '90s, the daffy Southern California psycho-slasher Double Exposure involves that reliable standby: the fashion photographer embroiled in a string of seemingly impossible murders involving beautiful young women. This time the shutterbug is Adrian Wild (Michael Callan, a long way from his pretty boy days in Mysterious Island but not so far from his turn in Radley Metzger's The Cat and the Canary), who has a pretty sweet life being surrounded by gorgeous models, scoping out a possible girlfriend with the pretty Mindy (Night Gallery regular Pettet, doing some surprising topless nudity for the only time in her career), and best of all, owning his own mobile home. Unfortunately he's plagued by nightmares in which he kills pretty girls by doing things like drowning them in a swimming pool with a cleaning net, and even worse, those same women are turning up dead in real life. His stunt-driving brother (Stacy) tries to help out, but when the cops get involved (including '80s TV staple Hensley of Matt Houston fame) and the bodies start piling up, the solution might be even more sinister than he imagined.

The entire dream vs. reality structure in Double Exposure is certainly a departure from your usual 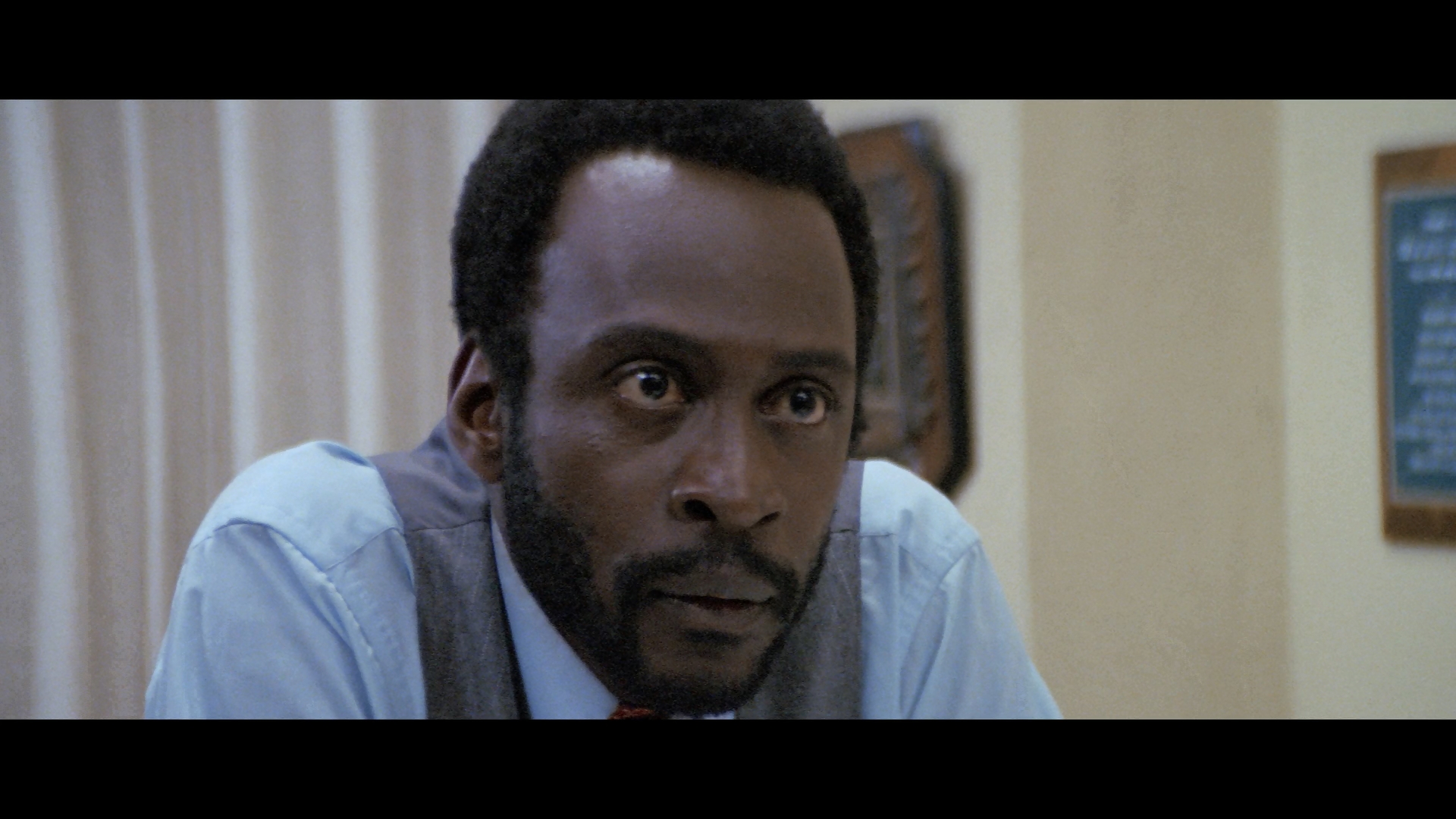 slasher outing, and the cast is more than game including a bizarre roster of character actors 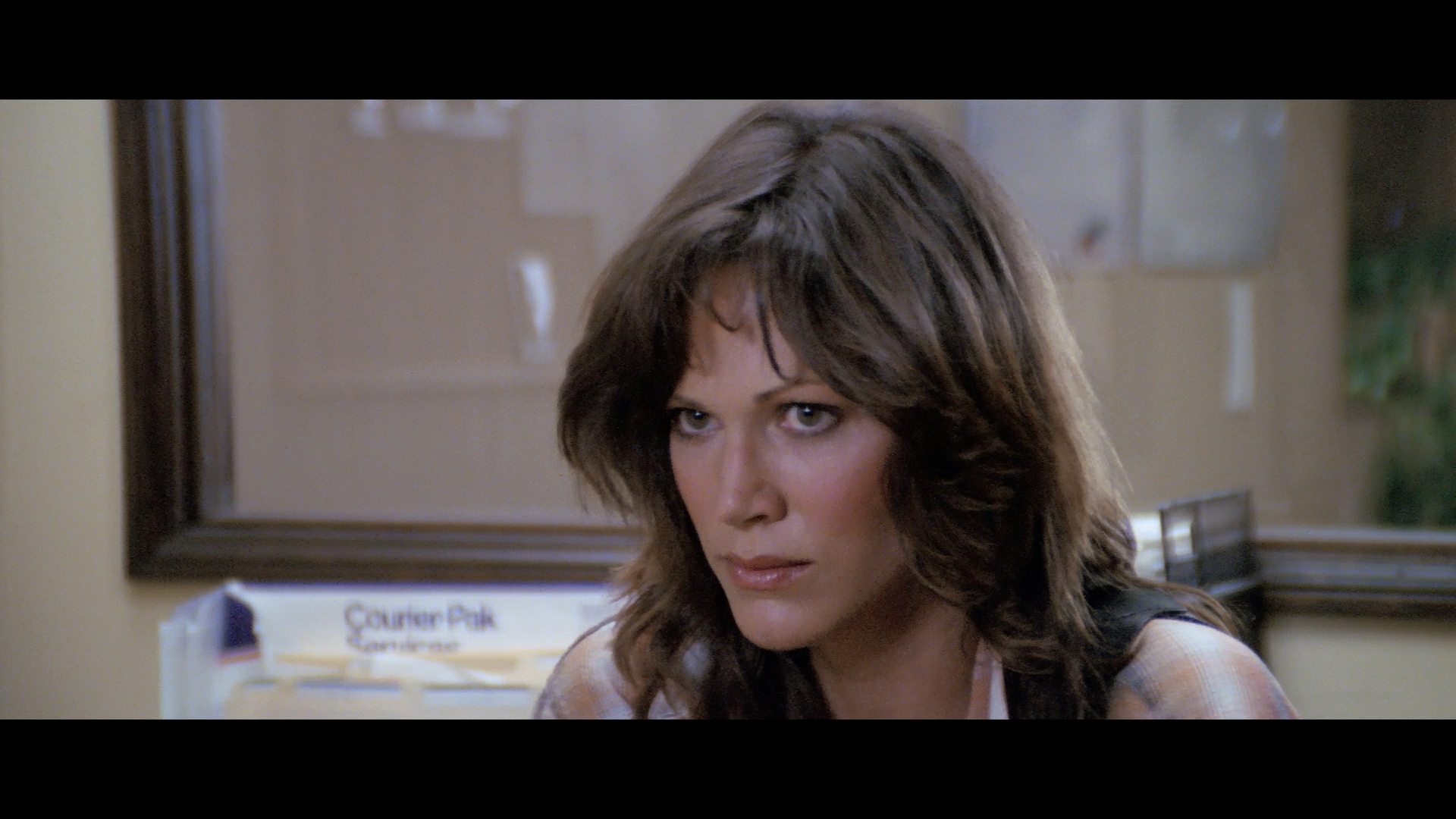 including Blazing Saddles' Cleavon Little, regular Larry Buchanan player Misty Rowe, the always colorful Seymour Cassel, Blue Velvet's Frances Bay, a young Sally Kirkland just before her notorious Oscar nomination, and even bit cheesecake parts for Playboy MILF centerfold Kathy Shower (in the obligatory female mud wrestling scene) and a very young Victoria Jackson before she became Saturday Night Live's most bigoted alumnus. This film also kicked off the final active decade for Crown International Pictures, whose drive-in heyday with films like Horror High and Don't Answer the Phone would soon fade during the age of VHS. Interestingly, this was one of the very few titles Crown picked up that was shot in scope, but since this was barely shown in theaters and got much wider distribution via a drab, brutally cropped, and virtually colorless Vestron tape edition, almost no one could appreciate this film in anything resembling its intended form.

That trend continued long into the DVD days as well, including a very underwhelming full frame presentation in BCI's After Dark Thrillers set alongside other titles like Hot Target, Blue Money, and French Quarter. In 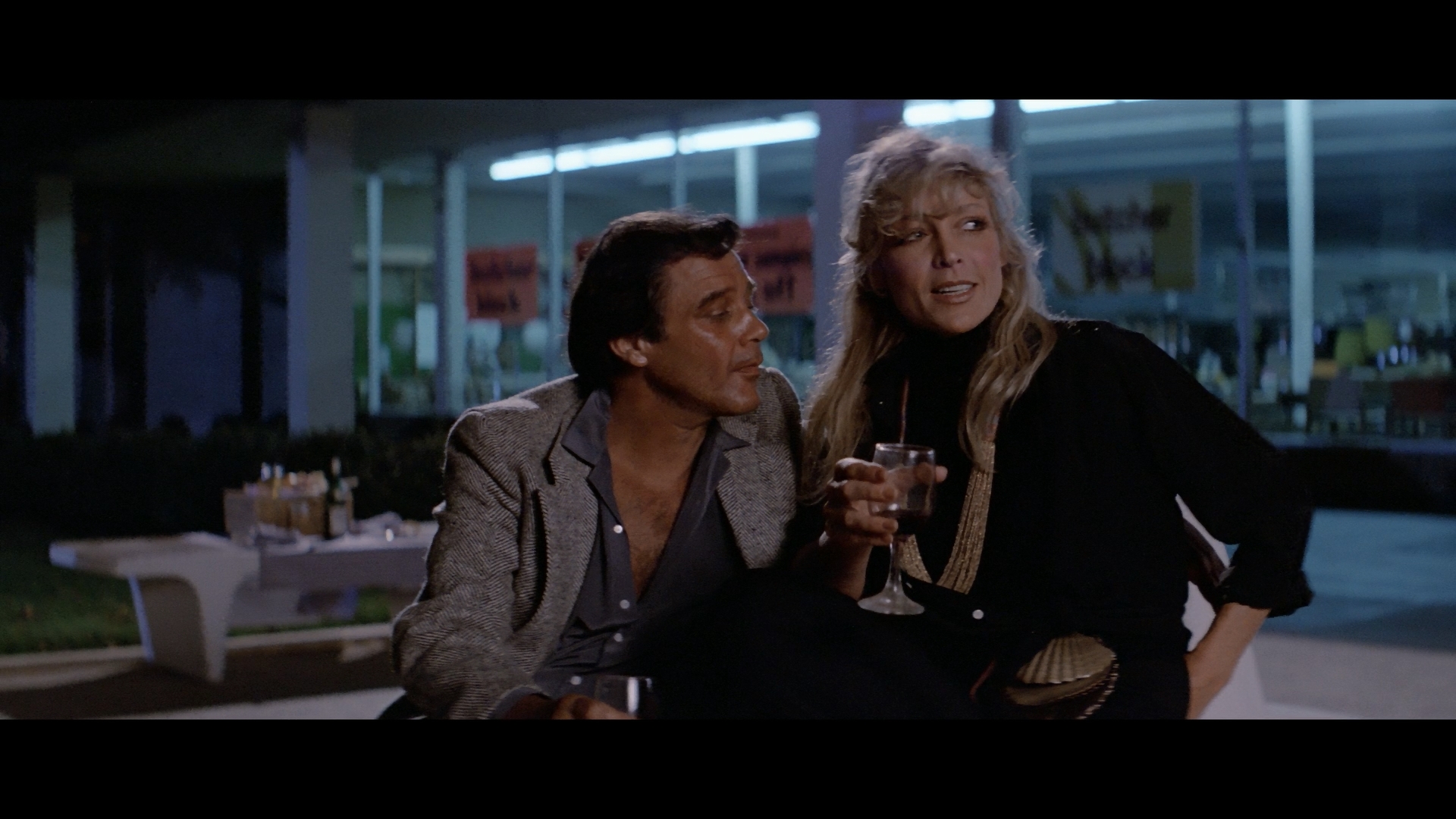 2012, Scorpion Releasing presented the film on DVD in scope for the first time ever on home video from a pretty good print with nice colors and minimal damage. The 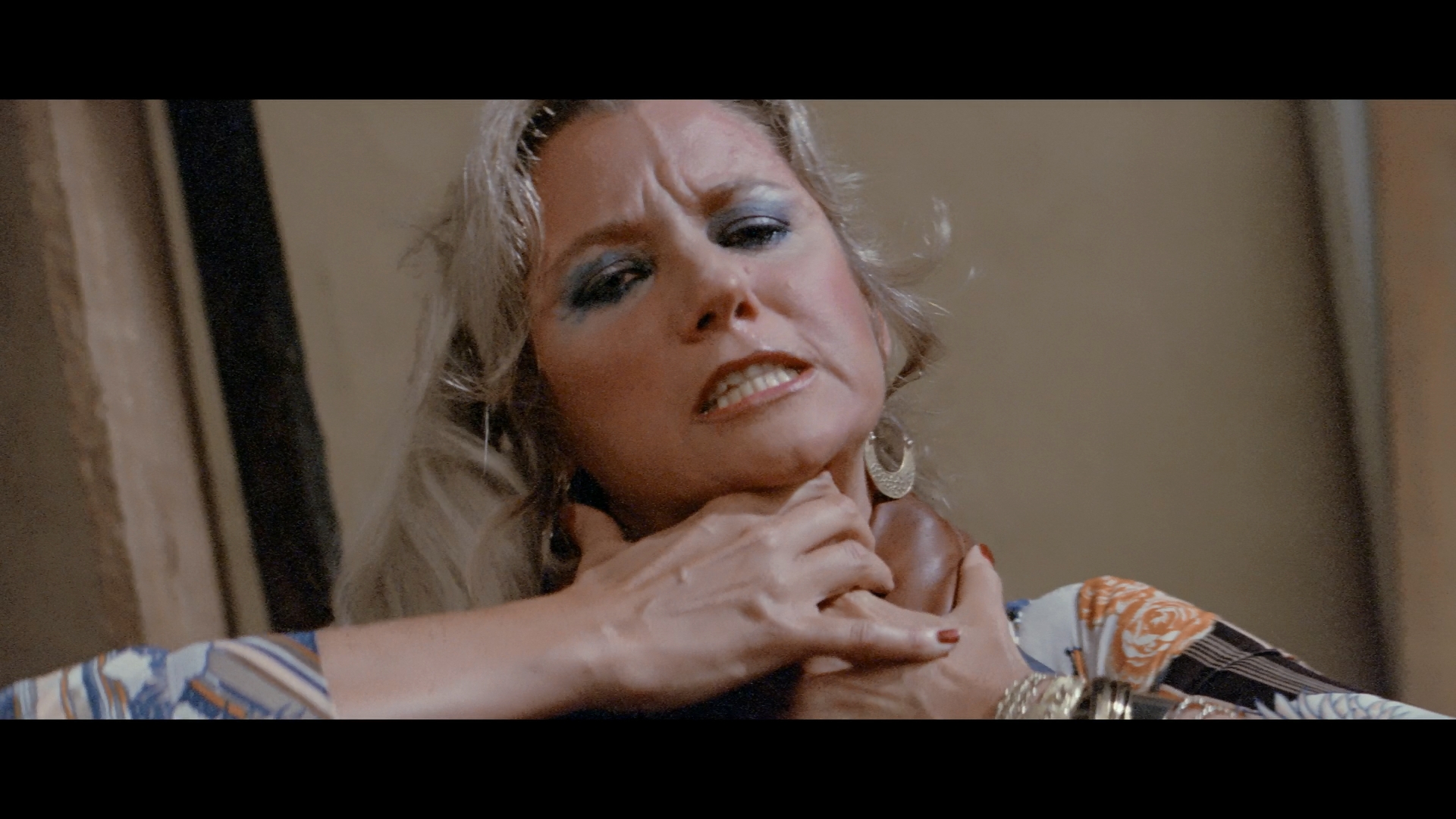 film isn't really a visual knockout (the aesthetic basically feels like an episode of Charlie's Angels inexplicably shot in Panavision), but it's nice to finally have some breathing room around the actors and, um, the full panoramic width of all that mud wrestling. This also marks another slasher-era entry in the label's "Katarina's Nightmare Theater" line alongside such titles as Humongous and Final Exam, and as usual ingratiating hostess Katarina Leigh Waters offers an optional intro and outro to the film complete with trivia nuggets about the production and performers. She also appears for a "Kat's Scratch Fever" video interview with Callan, including an amusing opening sequence and a series of recollections from the actor about his career, his current whereabouts, and a few thoughts about the making of the film.

You also get much more detail about the feature at hand in his audio commentary track with Intruder director Scott Spiegel, which reveals how much of a passion project this really was for the actor, who also co-produced. He also talks a good bit about director William Byron Hillman (with whom he also worked in '76 on the similarly-themed The Photographer) and his chummy relationship 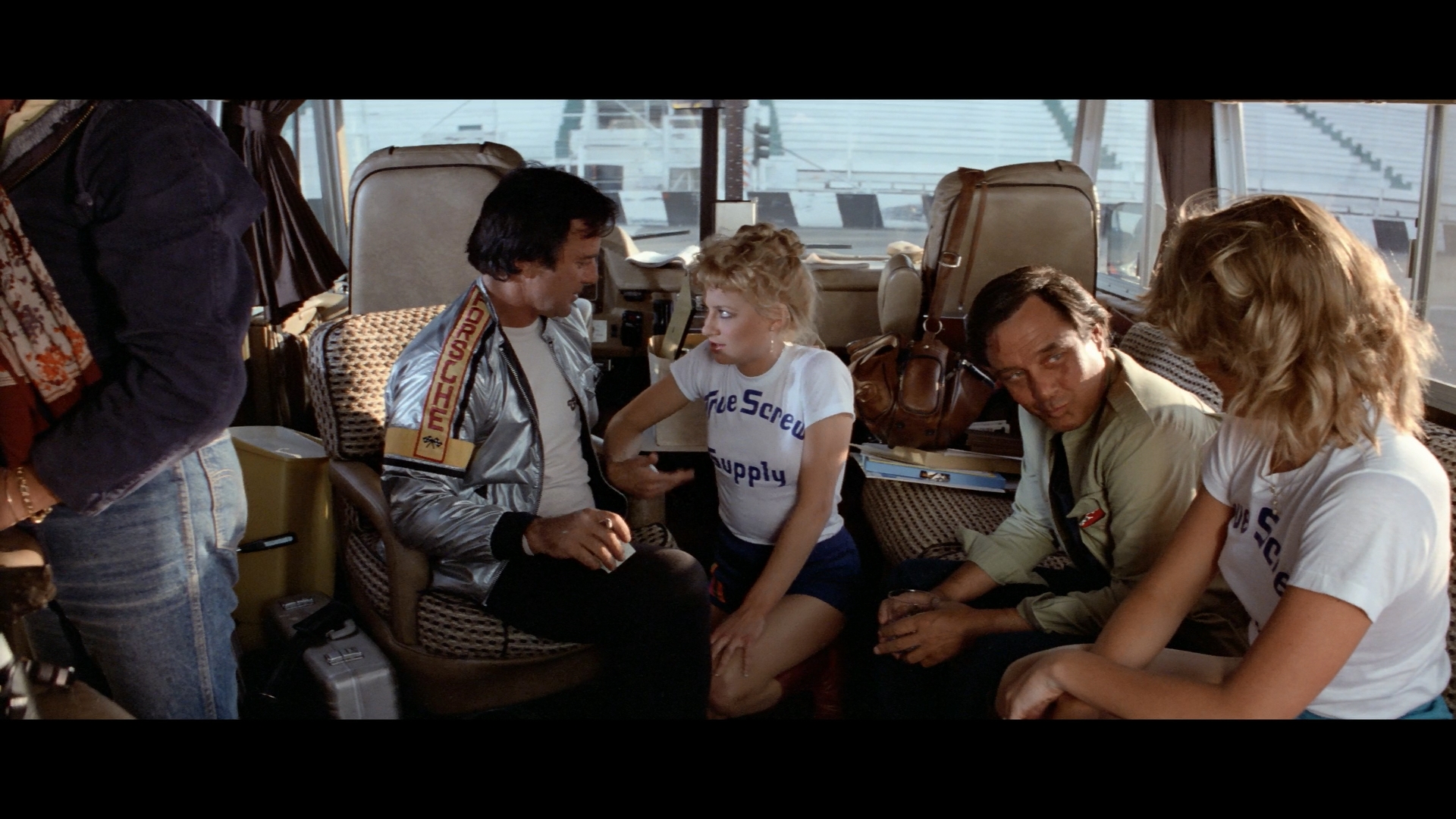 with Pettet, with whom he had earlier worked on an episode of Police Story. That's actually the second commentary on the disc, 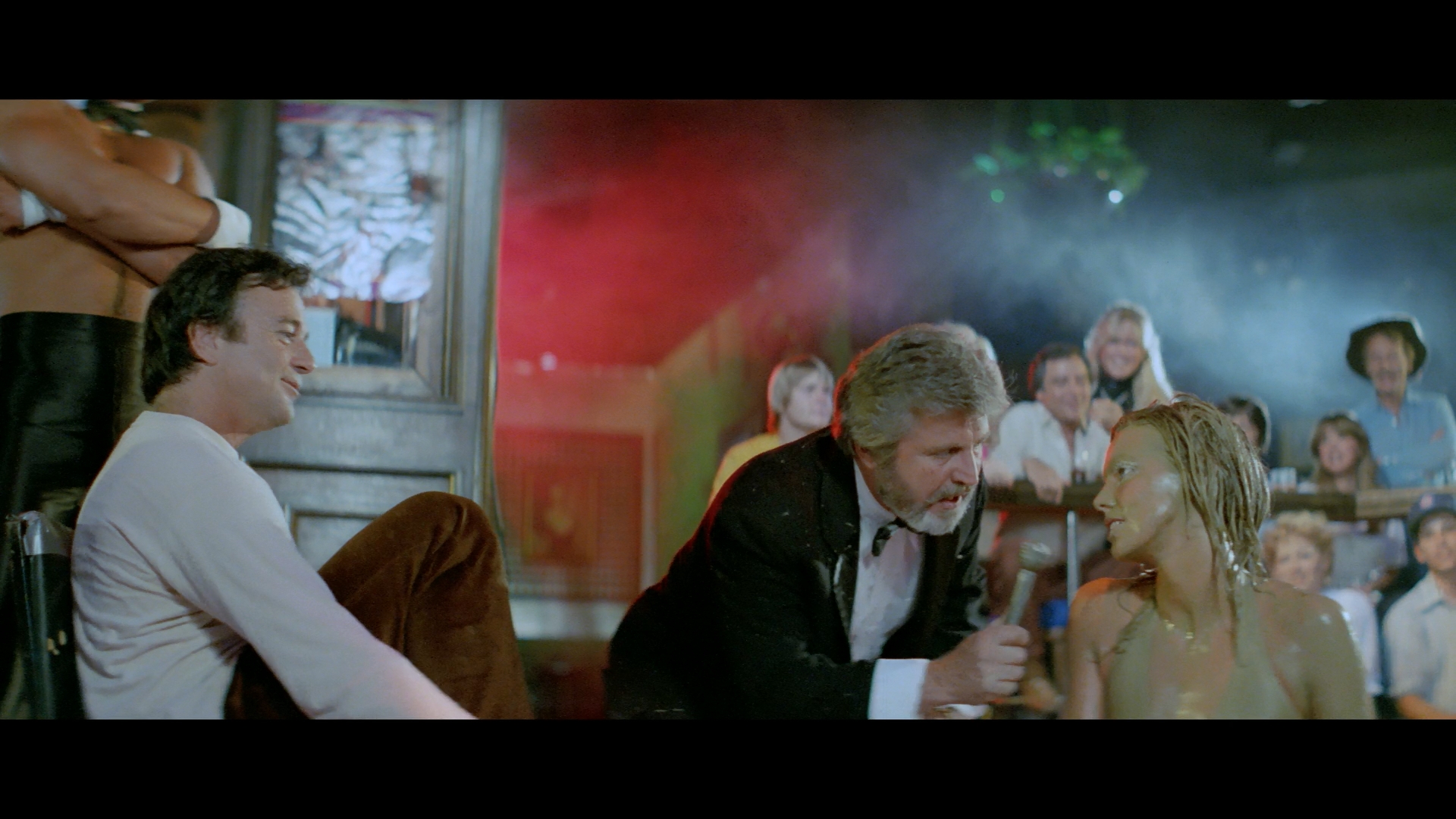 though, as the first option actually features cinematographer R. Michael Stringer and his wife/script supervisor Sally, who talk about the reason for the film's unusual aesthetic, his work with a pretty shocking range of directors that should give cult film fans a chuckle or two, and the various family-provided or unauthorized locales used throughout shooting. Finally the disc winds up with the original (and probably not very widely-seen) theatrical trailer and bonus ones for the two aforementioned slasher label mates and more including The Incubus, The Survivor, and Death Ship.

In 2017, the film moved over to Vinegar Syndrome for an upgrade to Blu-ray as part of a dual-format edition (with a DVD as well) with a different slate of extras. The new transfer from the original negative adds a considerable amount of extra info on the left side and a bit more at the top; film grain looks 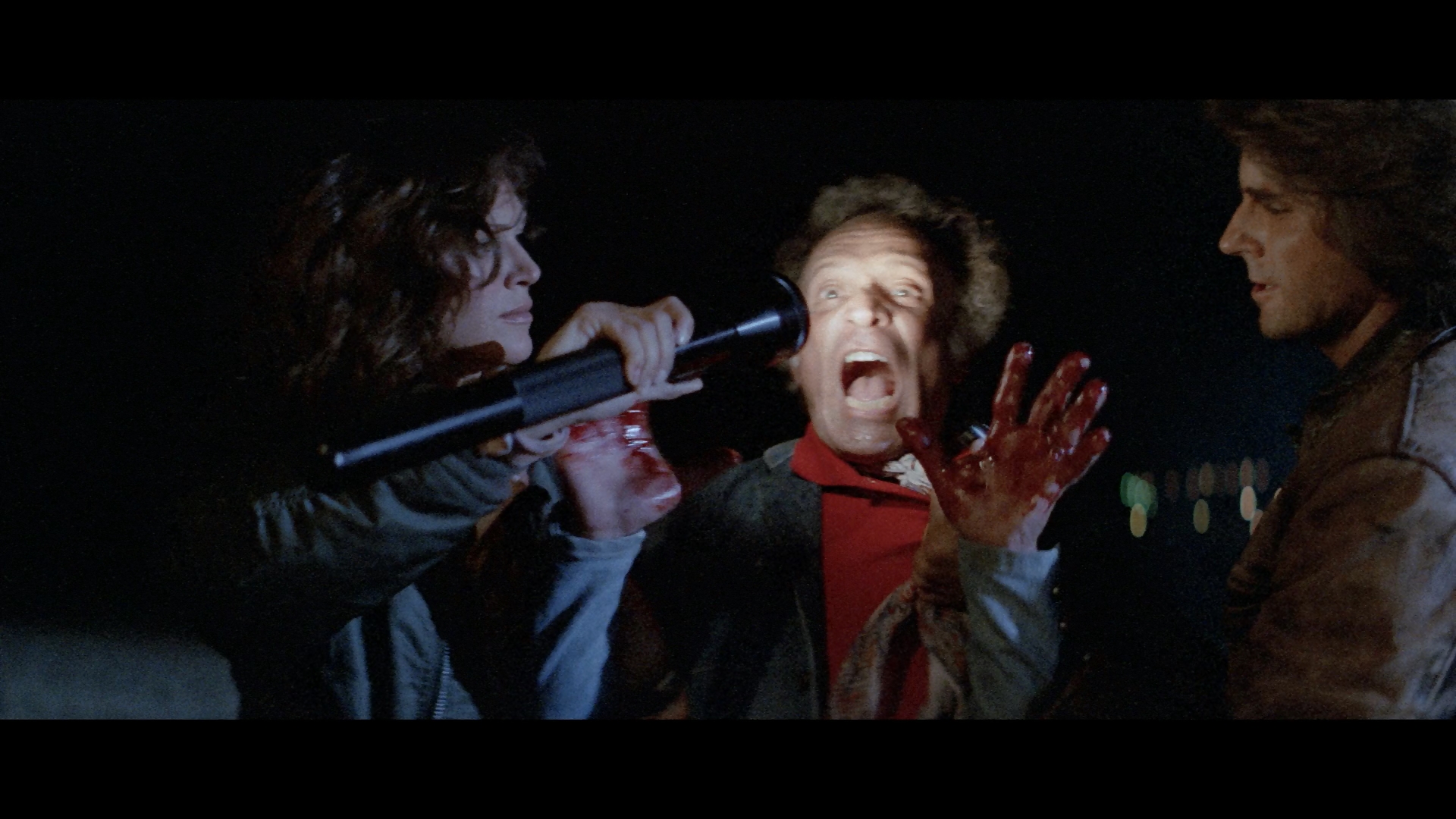 subdued but natural with a significant uptick in detail, while colors cool down quite a bit and are less saturated compared to the more reddish flesh tones on the DVD. (Frame grabs from the prior release are below for comparison.) The DTS-HD MA English mono track with optional English SDH subtitles sounds crystal clear, and in a nice touch, the music score by Jack Goga is offered as an isolated track as well. A new audio commentary with Hillman (featuring occasional phone questions from VS's Joe Rubin) chats about why he shot it in scope, the origins as a prequel to The Photographer, the various locations around Los Angeles (including a great deal in the Valley), his career in between the two films, the origin of the snake sack scene, and the multiple editors involved between the original post-production and its fate at Crown. Michael Stringer appears here for a video interview this time, "Exposing Double Exposure" (29 mins. 28 secs.), offering a condensed version of how me became infatuated with the movies and segued into this project with acting gigs along the way; he also offers a different account of how this film came to be, originally intended as a source for additional scenes for The Photographer. Sally Stringer gets a separate video piece here, "Staying on Task" (19 mins. 22 secs.), sketching out her origins off-Broadway and sharing quirky stories about the foibles of some of the cast members. It's a fun piece for fans of long-vanished Valley eateries, too. Both are shot against the same bookshelf, so have fun scoping out some of the various movie tome titles in the background. A gallery of stills and promotional art is included along with the trailer, while the reversible artwork options feature the original poster and an unsettling new design by Derek Gabryszak (which is also presented as a limited edition o-card on the first 1,000 units ordered directly from the label).