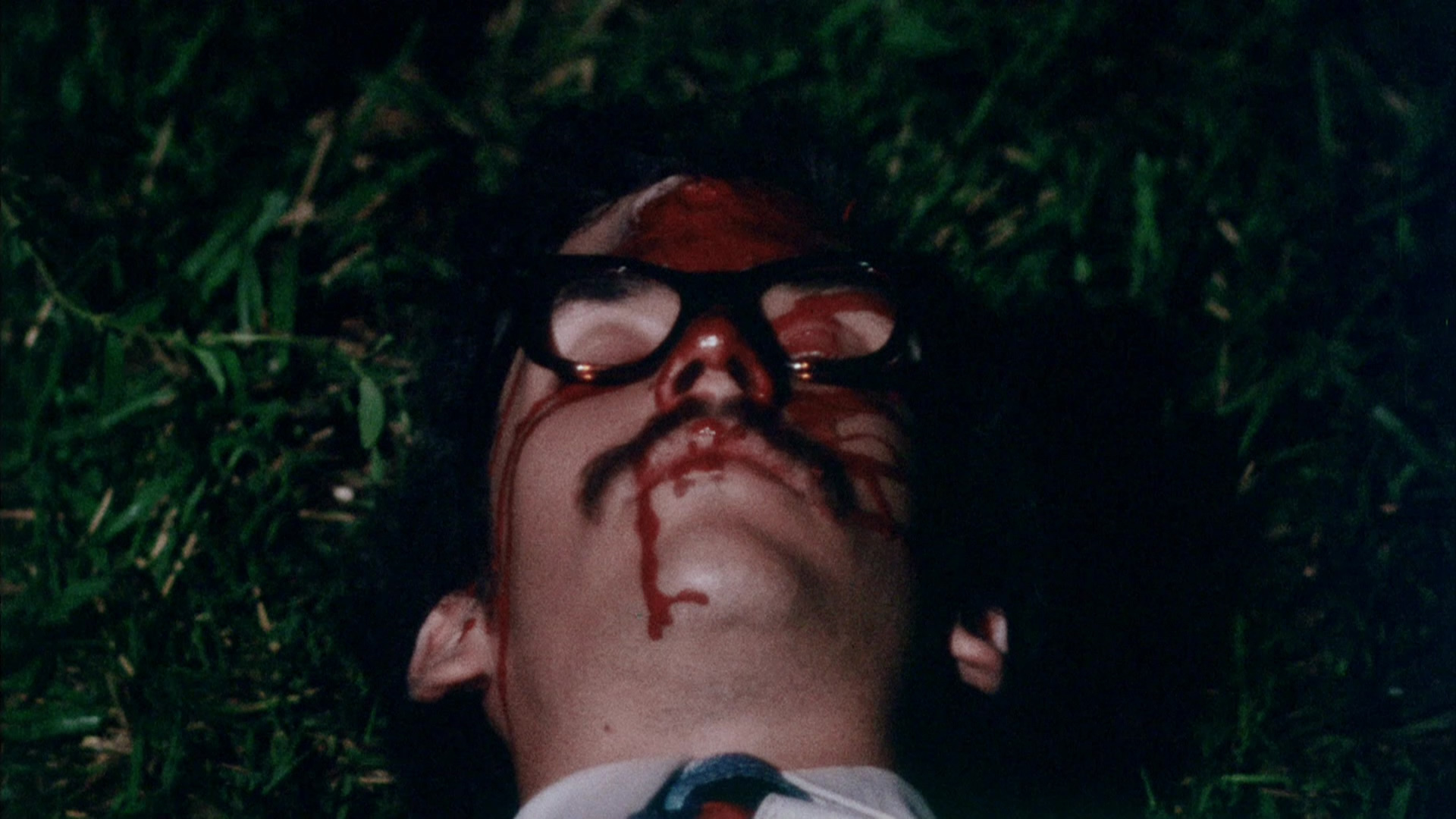 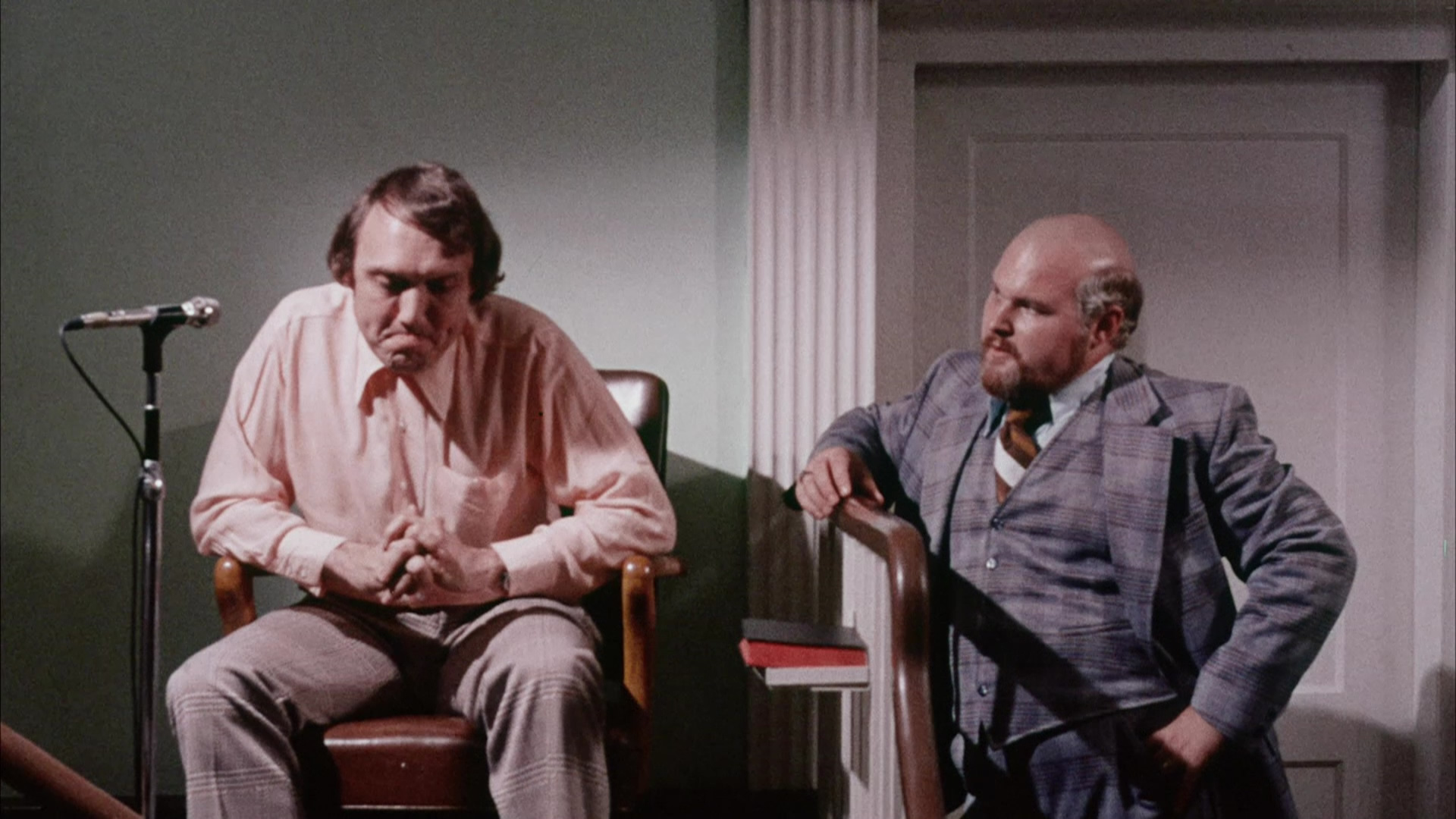 Shot in North Carolina by energetic exploitation entrepreneur J.G. “Pat” Patterson (Jr.),  this sweaty Southern courtroom potboiler was the second and final directorial outing for this occasional Herschell Gordon Lewis cohort and Axe producer after the wild 1972 bloodbath, Doctor Gore (also known on video as The Body Shop). The gore level tones down considerably here (apart from the jarring, disturbing opening) for a more sedate but certainly odd crime procedural that spends much of its time examining how a shocking murder sends ripple effects through a small, tightly-knit community.

Soap opera-level drama erupts when local Reverend Moss (Bell) starts running around with single parishionerMarilyn Holland (Cortez) behind the back of his older and richer wife, Clair (Patterson’s spouse, Nita), who doesn't want any of that "dirty physical stuff! Every time you touch me, I'm counting the cracks in the ceiling!" Moss ends up shot to death in the company of his illicit squeeze – and "someone ripped her tongue, right out of her head, and damn near ripped her head clean off her body!" All clues seem to point to the shady Mose Cooper (Patterson), but the path to justice turns out to be a bit more complicated as the wheels start to spin in motion on the way to the titular execution device.

Very '70s and clearly populated by a lot of local theater actors, this one would make a pretty good double feature with Russ Meyer’s skewed courtroom 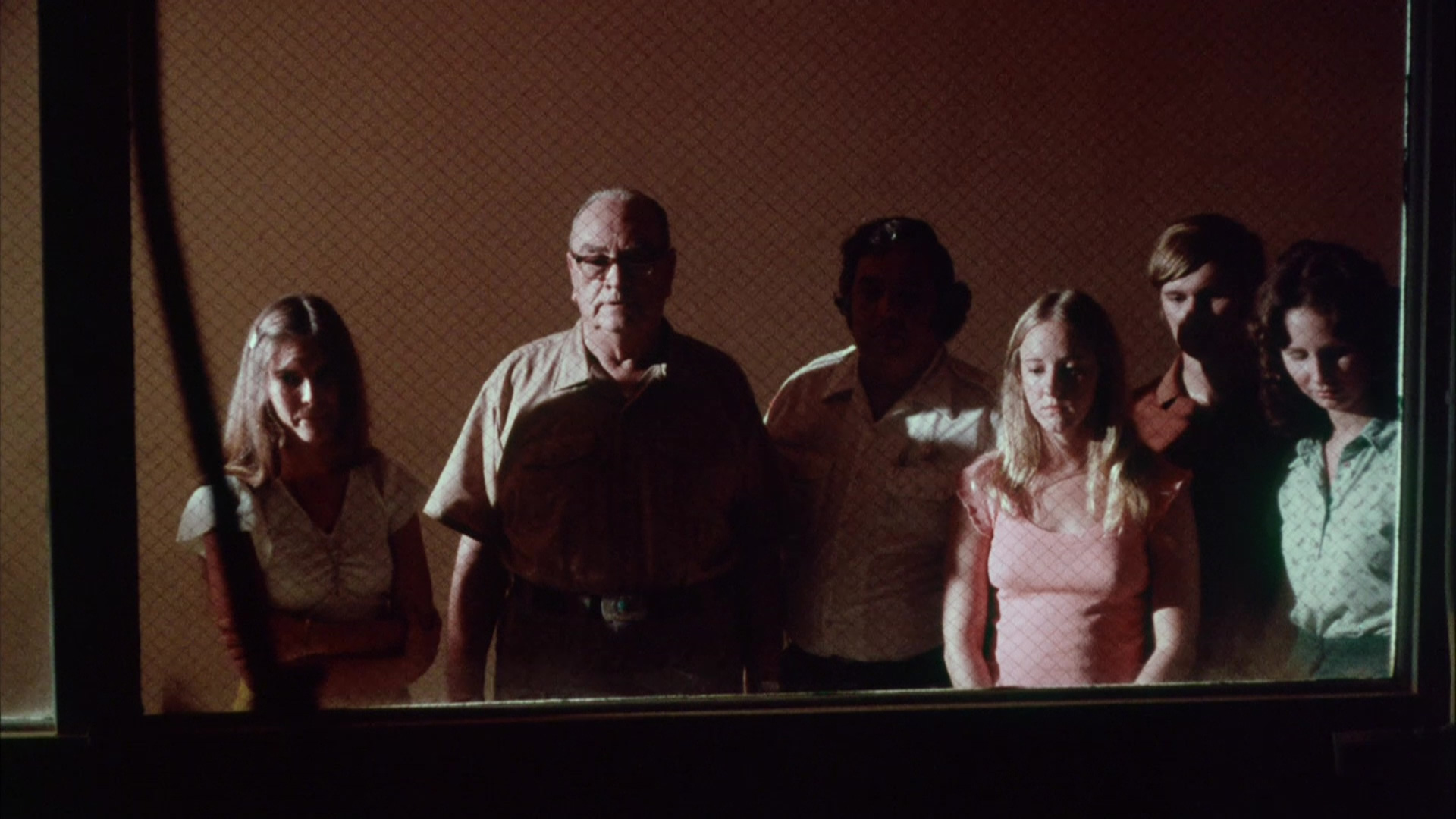 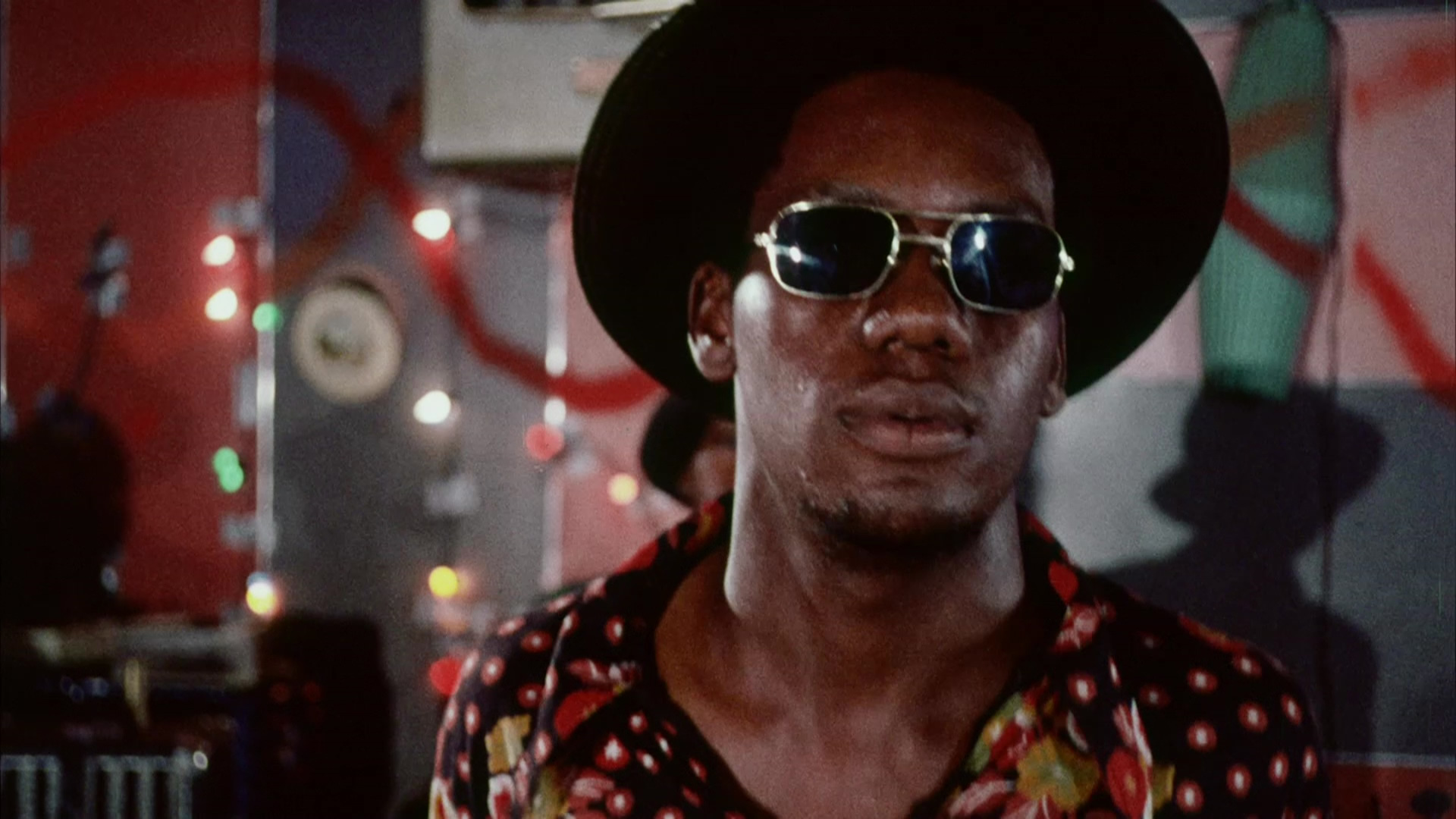 film The Seven Minutes as it swirls together enough flashbacks and double crosses to require a scorecard. Of course the real payoff here is the painstaking depiction of how an electric chair electrocution actually works halfway through the story (and again at the end); it’s not on the same grisly level as something like The Green Mile, but there’s still plenty of queasiness to be found in the little details shown in the operation of an actual electric chair in all its high-voltage power. It’s also a little odd seeing a young Larry Drake pop up here in a minor role in the courtroom, years before he made it big with Dark Night of the Scarecrow, Darkman, and Dr. Giggles. The filmmaking prowess on display here is pretty minimal, but special kudos go to the effective music score, a combination of very effective electronic stings and some dreamy, lyrical themes with a strong Euro influence. The strong accents, wood paneling, a crazed detour into blaxploitation/nudie territory, and questionable fashion choices add to the atmosphere as well, resulting in a film that often feels beamed in from a different planet.

Something Weird first bowed this film on VHS as number 22 in its “Sexy Shockers from the Vault” series in 1994, with the same watermarked master turning up as a discreet second feature on the company’s 2001 DVD of Axe via Image Entertainment. As it turns out, that version was very heavily cut with a much longer edition popping up on Blu-ray in 2016 from Code Red, which reinstates 17 minutes of footage removed to make the film fit on fewer reels. 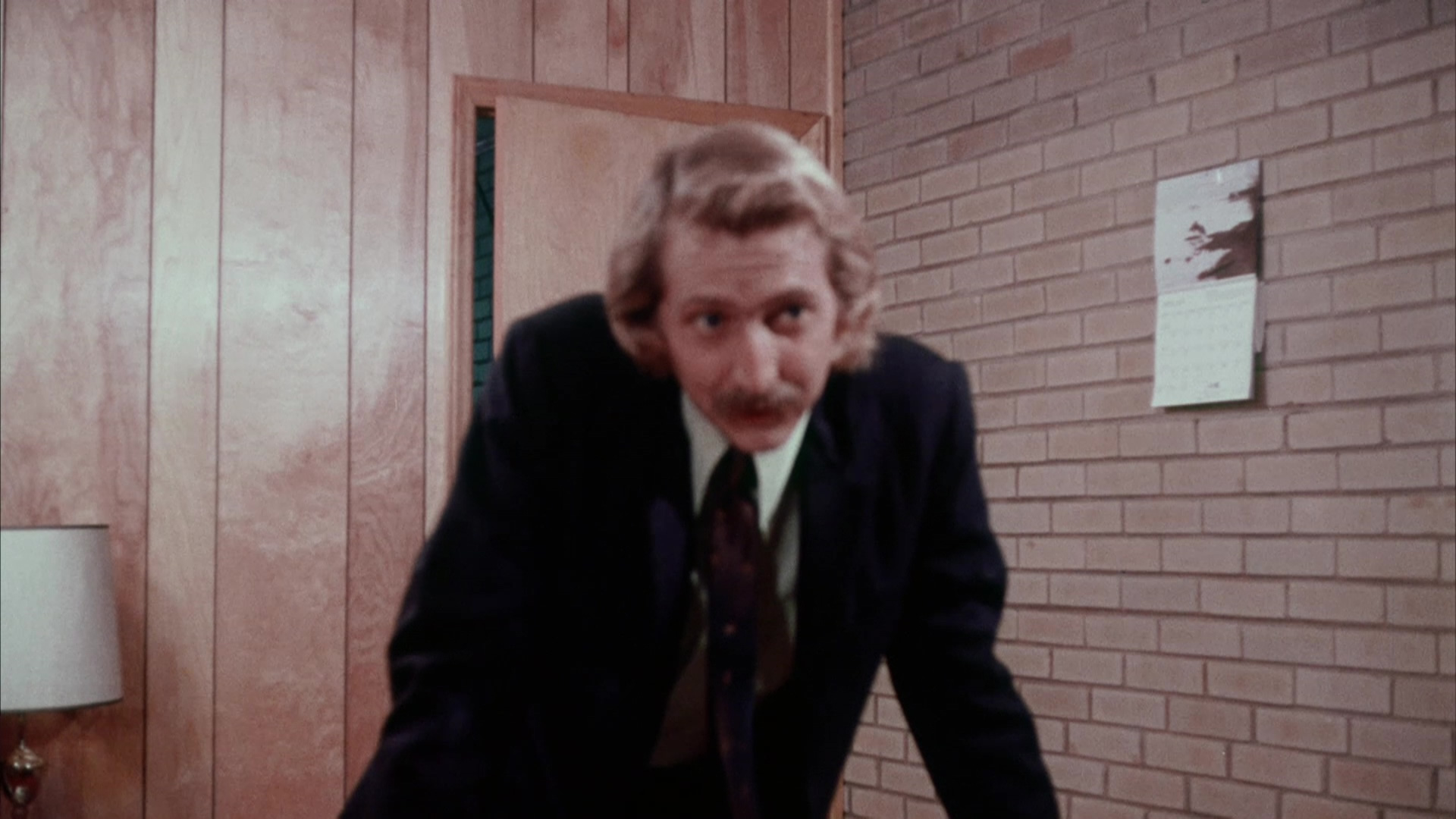 Truth be told it doesn't result in a substantially different film, but the pacing is definitely different (lots of little edits added back throughout) with a few more dialogue digressions and red herrings. Image quality is a major improvement with a much cleaner transfer from a better film source with healthier colors; 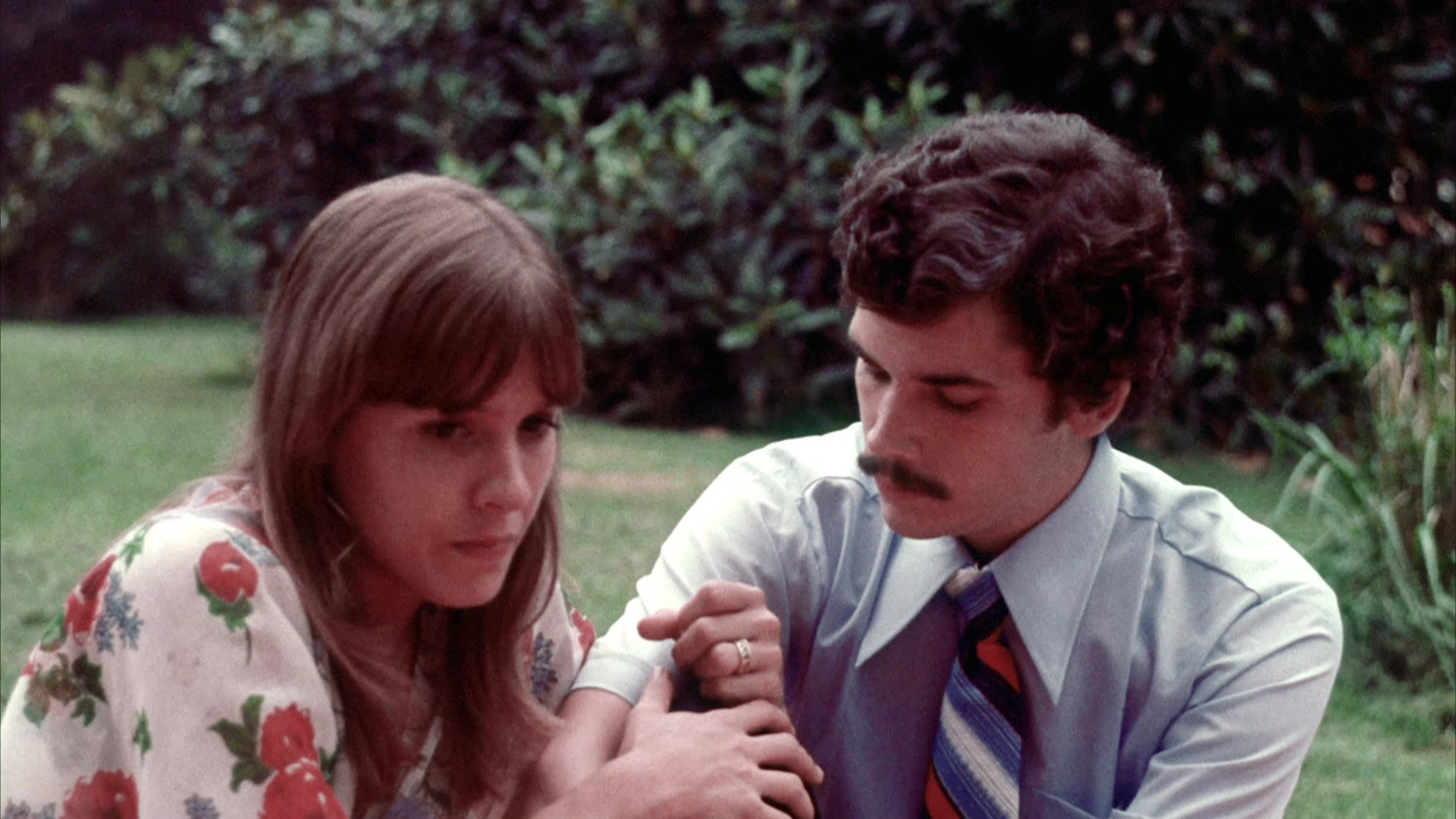 some debris pops up here and there with a couple of bumpy reel changes in the mix, but it's a pretty huge upgrade. The DTS-HD MA English mono audio sounds okay for a print; it's generally clean but has some occasional signs of wear here and there.

The main extra here is a new audio commentary with production assistant Phil Smoot and makeup artist (and bit actor) Worth Keeter, who have plenty of stories about the local acting community and the career and personality of Pat Patterson ("not really a lover of movies but a lover of exploitation"), who (in addition to acting in both of his own films) popped up on camera in Lewis’s Moonshine Mountain and Bill Grefé’s Whiskey Mountain. They don't seem all that enamored with the finished product ("How could something like this make money?") but it's a very informative tour through the heyday of regional filmmaking that resulted in genre-bending efforts like this. A 12-minute interview with North Carolina film enthusiast and collector Jerry Whittington, who ended up working on Patterson's films ("He never had no plan") and had to chop them down to releasable length. The film can also be played in "Maria's B-Movie Mayhem" mode with hostess Maria Kanellis offering trivia about the film under extreme duress (no prizes if you guess how!), while an alternate 5-minute ending presents the finale matted off to scope, oddly enough.