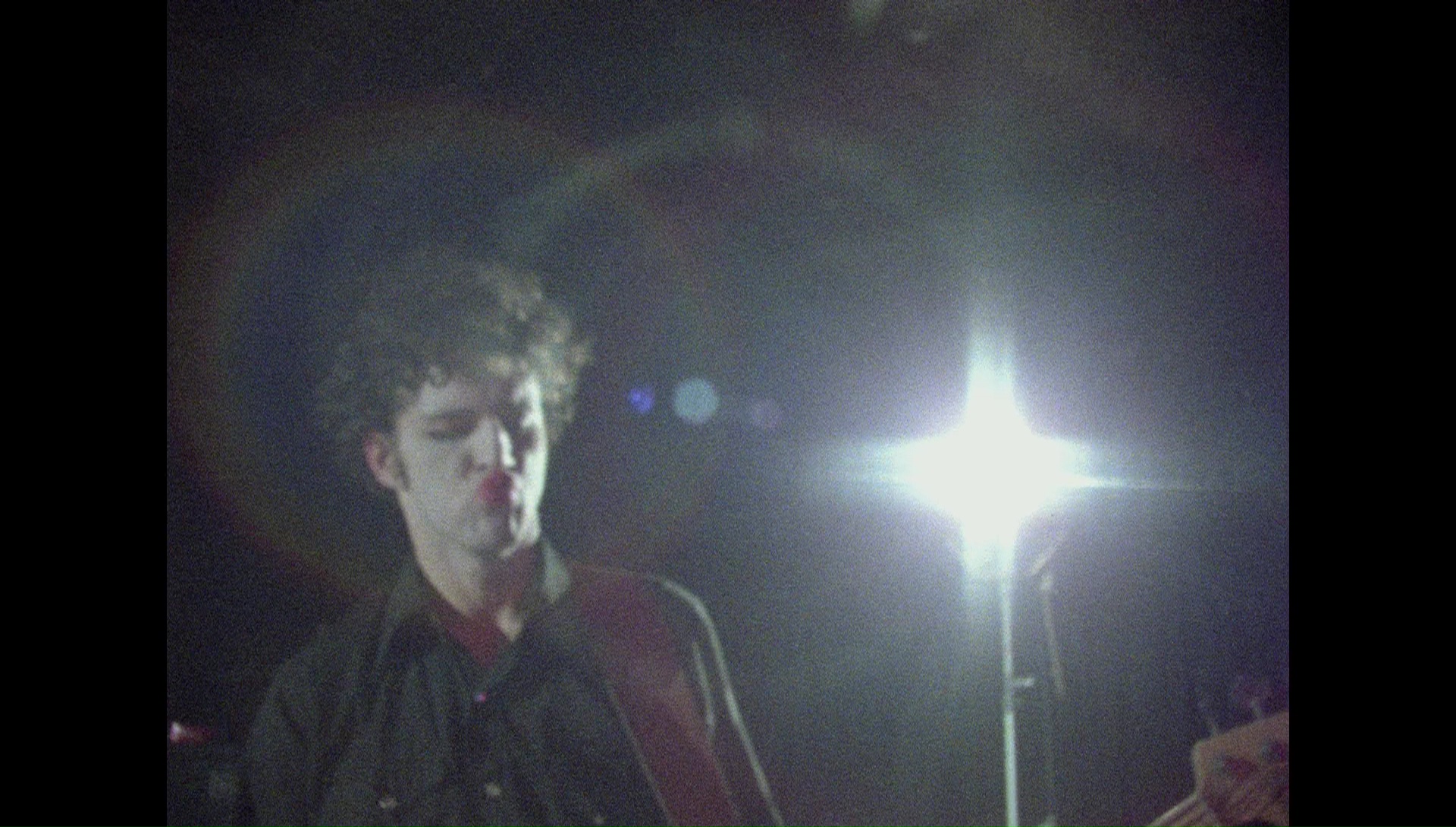 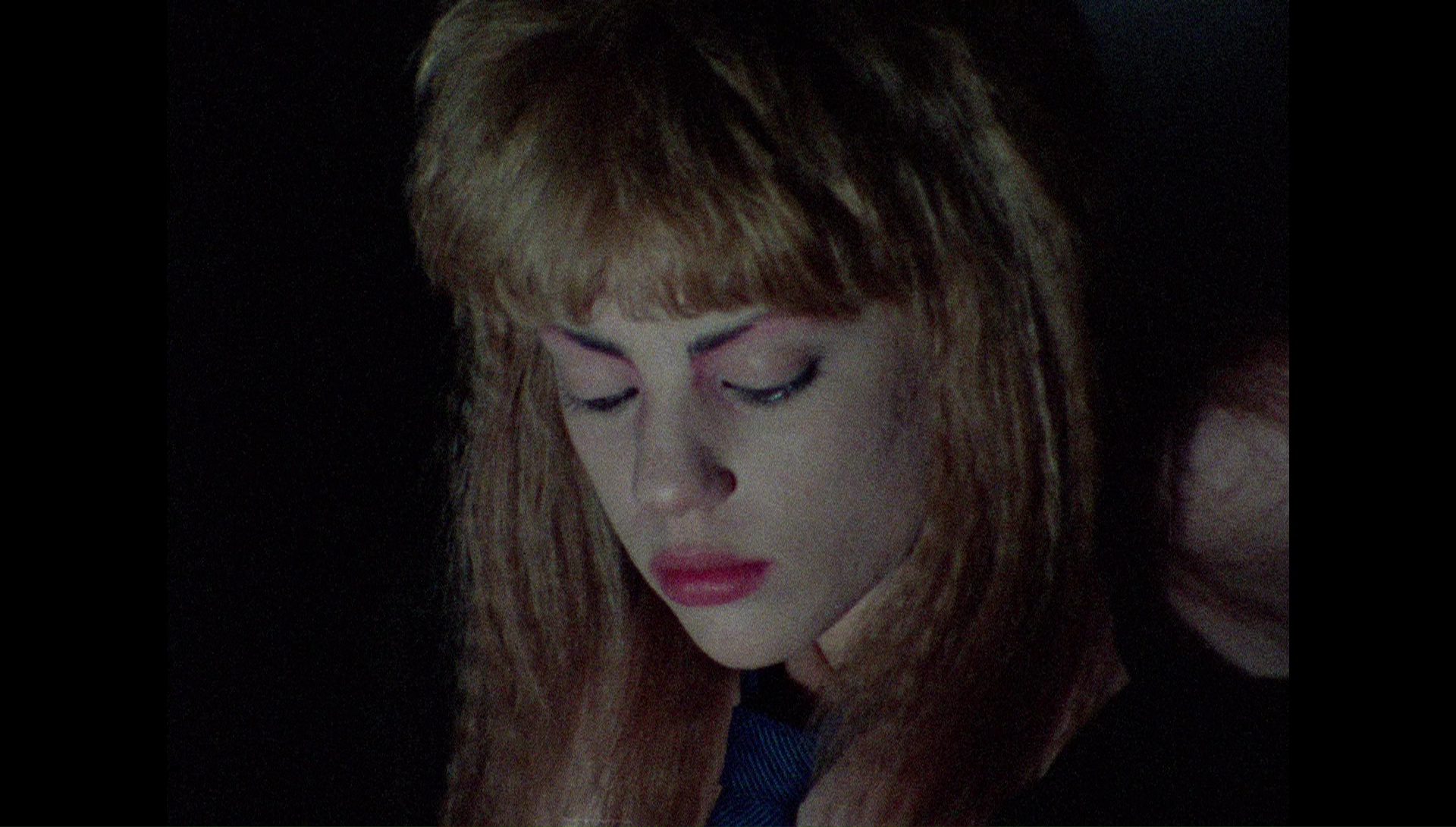 One of the key titles in the notorious "video nasty" panic in Britain, The Driller Killer has, like I Spit on Your Grave, risen to infamy based almost entirely on its title alone. While video box covers and lurid posters for the film promised a maniac stalking semi-clad nubile beauties, this depiction couldn't possibly be more misleading. In fact, this extremely low budget arty film spends most of its running time etching a despairing, Taxi Driver-style portrayal of scuzzy New York life during the late '70s, and all of the victims killed on screen are male. Not surprisingly, teens who checked this one out expecting cheap splatter thrills were often crushingly disappointed, but the up and down career of unflinching filmmaker Abel Ferrara has only helped it increase in significance over the years, particularly as a precursor to Bad Lieutenant.

Starving, perpetually irritated artist Reno (Ferrara, credited as "Jimmy Laine") lives in a squalid New York apartment surrounded by drunken derelicts, one of whom happens to be his father. Plagued with nightmarish visions and barely able to keep any food in the fridge, Reno tenuously clings to sanity thanks to the presence of his girlfriend, Carol (Marz), who is 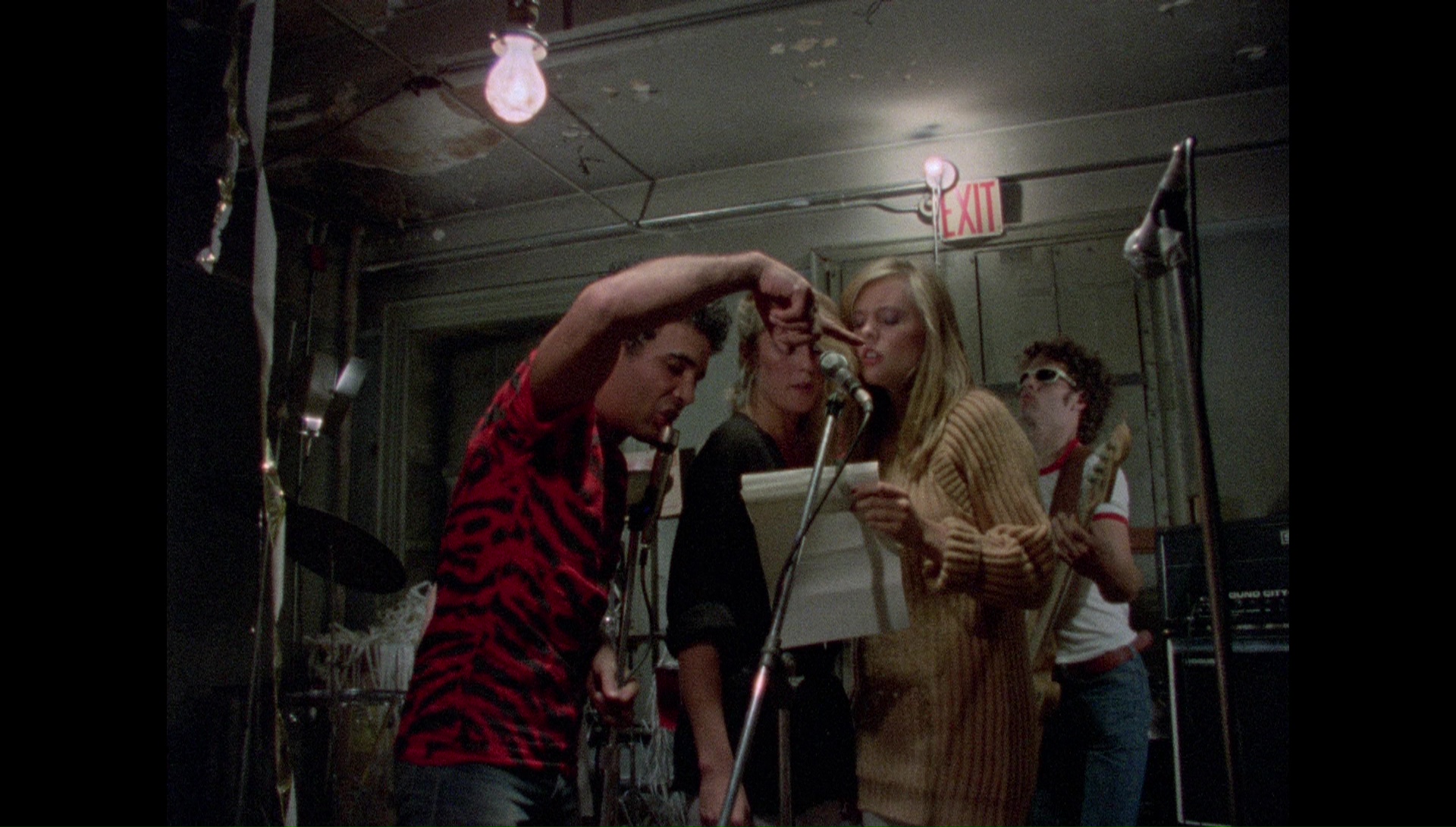 currently separated from her husband and also has a live-in lesbian lover, Pamela (Day). Reno works desperately on a huge painting of a buffalo which he hopes will earn some money from a flamboyant art rep, but his concentration is shattered when a punk band moves next door and plays around the clock. Pretty soon Reno snaps and starts darting around the nocturnal city streets, picking off the occasional bum with his electric 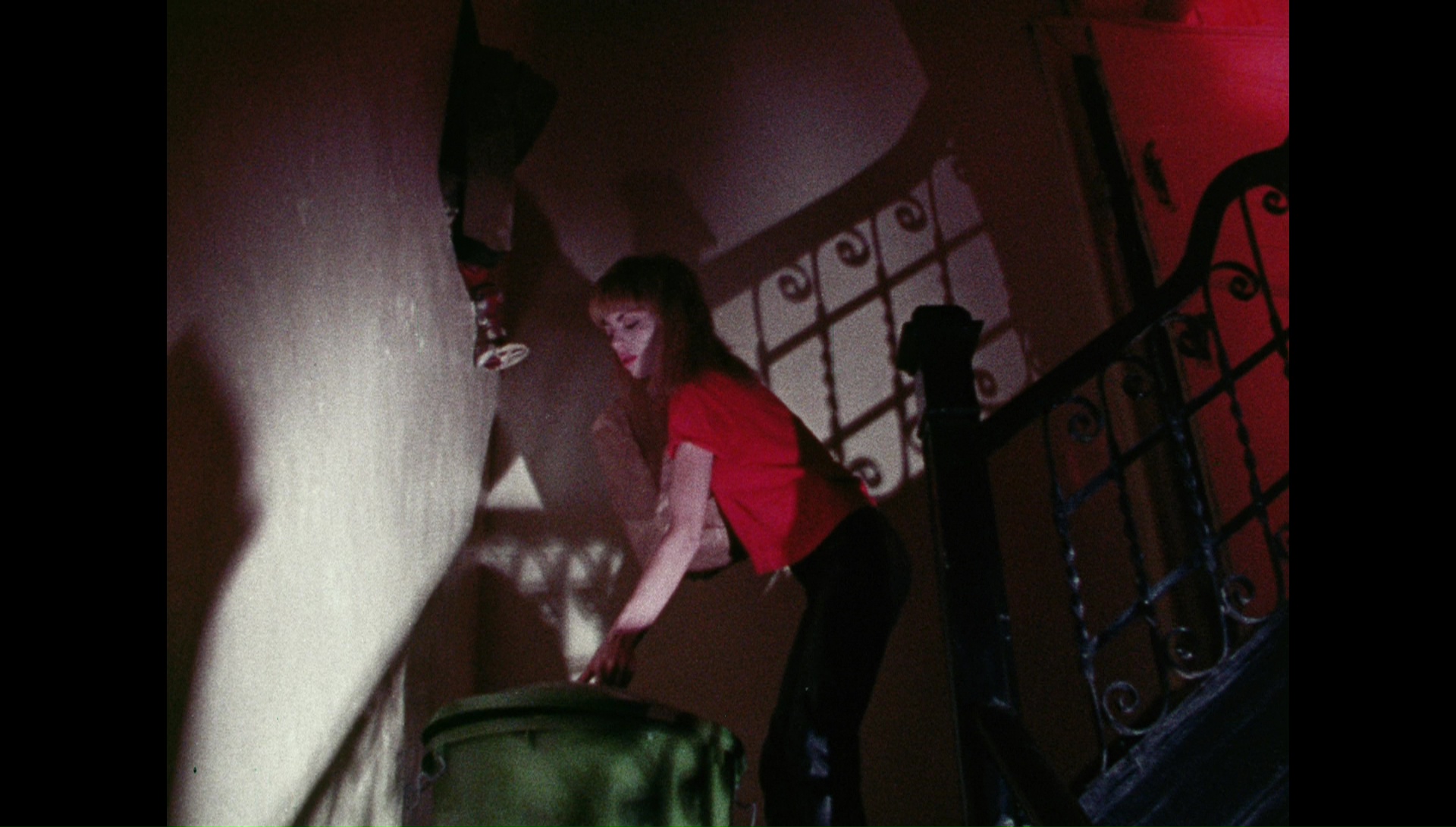 A fascinating, bleak, and challenging cult item, The Driller Killer (or just Driller Killer as it's commonly known) was the first semi-legitimate effort from Ferrara, who earlier directed and acted in the hardcore Nine Lives of a Wet Pussy and crafted a Keith Richards short film. Though the result is rough around the edges, it's imaginative and vibrant with a lot on its mind and style to burn. There's also a quirky sense of humor at play here, not to mention some very potent atmosphere paving the way for Ferrara's dazzling follow up film, Ms. 45, which explores much of the same territory from a female perspective. Incidentally, only two scenes really qualify as graphically violent but are relatively tame compared to the splashier '80s horror trends; in fact, Ferrara's pizza eating habits are far more visually repulsive.

Shot on 16mm during the weekends over a period of almost two years, The Driller Killer looked dark and grimy in theaters and fared even worse on video. VHS versions were unwatchable, and the first American disc from Cult Epics in 1999 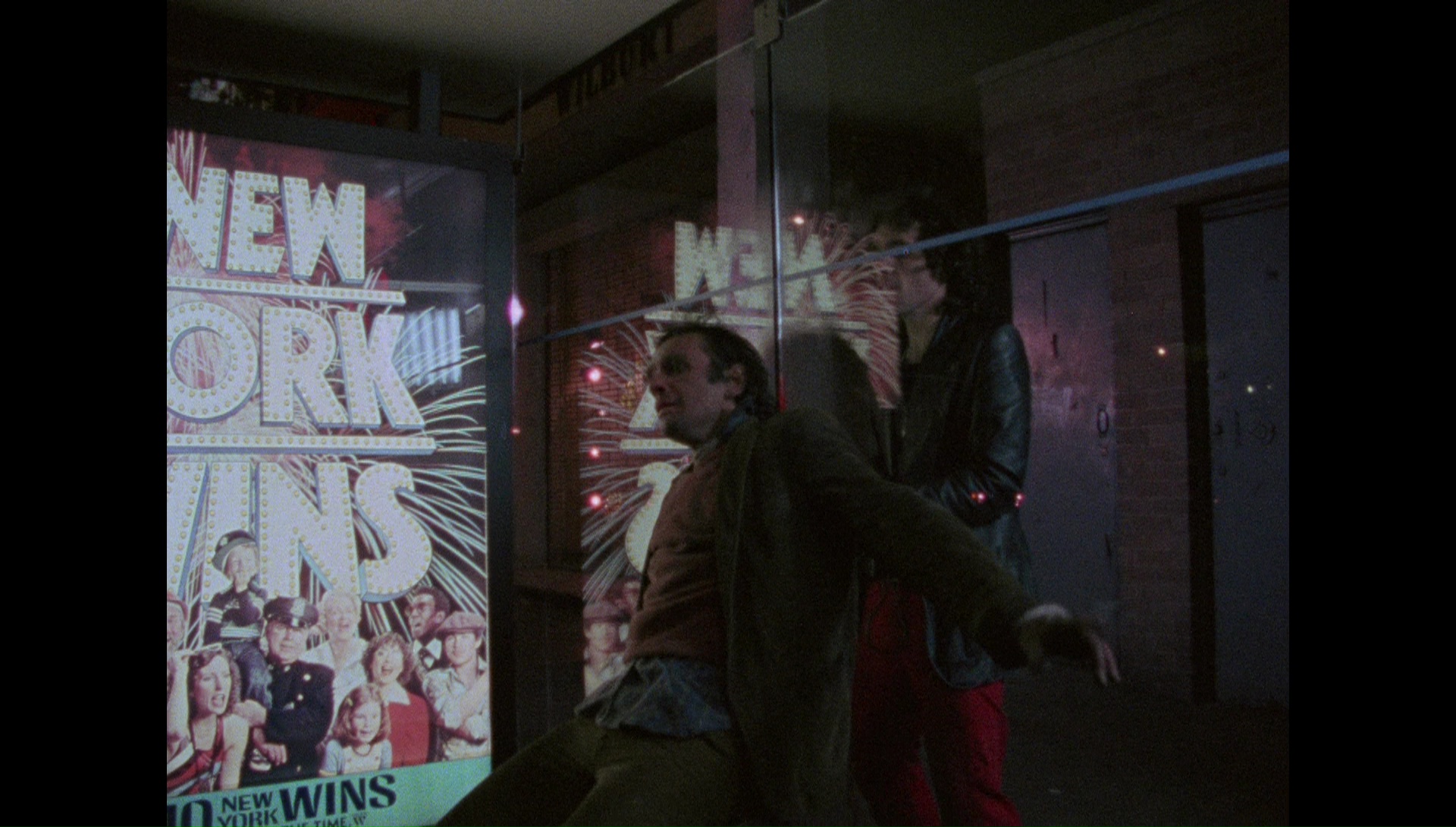 was a soft, grungy presentation put to shame by a subsequent widescreen French release. However, Cult Epics' subsequent two-disc reissue from 2004 features a superior transfer (though not 16:9 enhanced, oddly enough) with much better black levels, detail, and color definition. Though the opening proclaims "This movie should be played loud," the mono audio sounds pretty drab on every extant version. The least appealing option would be the original UK disc, which offers the older full frame transfer and the smallest amount of extras. The first Cult Epics DVD became an instant cult item 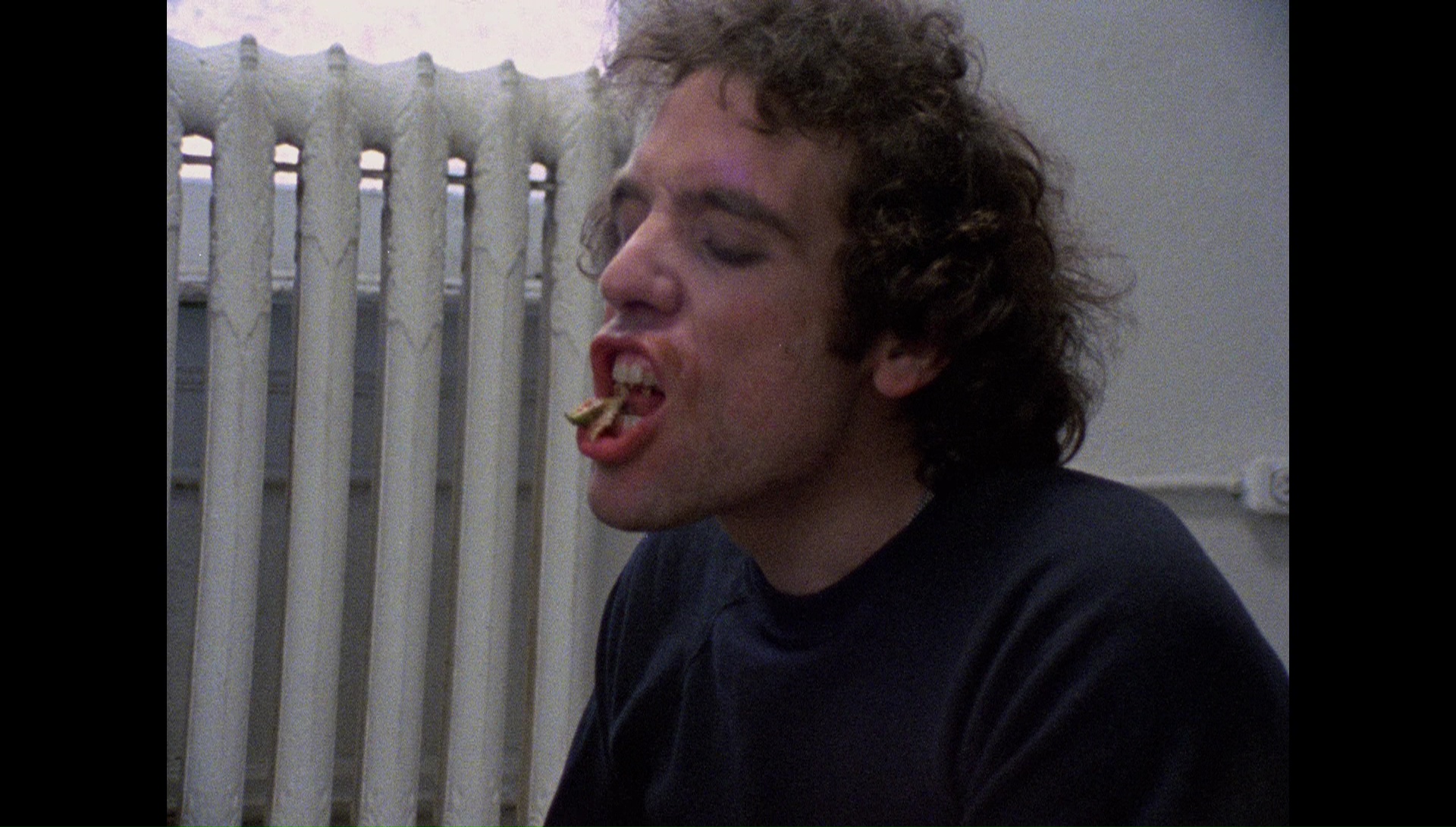 thanks to a very unique commentary track from Ferrara, who says "uh oh" about five thousand times, rambles about Spaghetti-Os, slams his own filmmaking prowess ("Let's see if this scene can go on half an hour longer;" "Hey, there's a good shot, for once"), and makes weird, growling comments about all of the actresses in the film. He does offer a few interesting nuggets of trivia about low budget shooting during that period, but mostly he rambles off slurred reactions to the on screen events and repeatedly criticizes his own work. The commentary reared its head on subsequent releases, including the deluxe Cult Epics set which adds a number of tasty new extras. The cruddy theatrical trailer is present and accounted for, but more interesting is a complete "Porto-Pack" commercial (glimpsed in the film itself), a newly transferred and highly explicit trailer for 9 Lives of a Wet Pussy (whose excellent quality makes one bemoan the shoddy US DVD, which is also missing a nasty stairwell rape scene present in the trailer), and best of all, three early Ferrara films. The best one by a long shot is "Could This Be Love," a look at the bohemian New York set including artists, writers, and other dwellers of various social and sexual stripes. Transferred from the original film elements, it's a little scratchy in spots but generally looks fine. More compromised are "The Hold Up" (lifted from a soft VHS dub) and the silent "Nicky's Film," both black and white mood 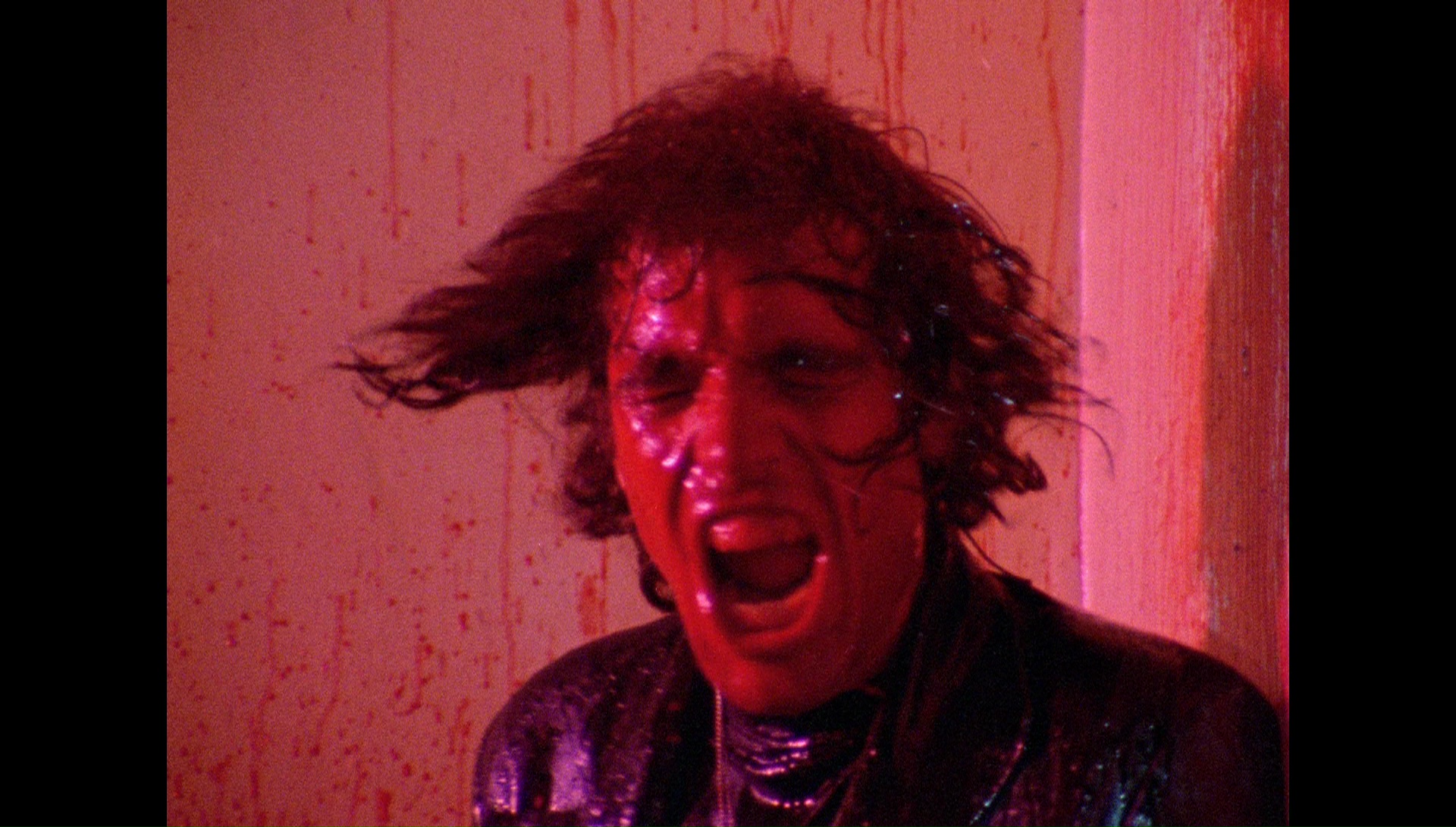 In 2016, Arrow Video brought the film back into circulation as a dual-format Blu-ray and DVD edition in the U.S. and the U.K., either in standard editions or a limited 2,500-unit steelbook. The biggest news here is the discovery of a longer pre-release version, clocking in at 100 mins. 59 secs. versus the regular theatrical cut (95 mins. 52 secs.), both of which can be played here either widescreen 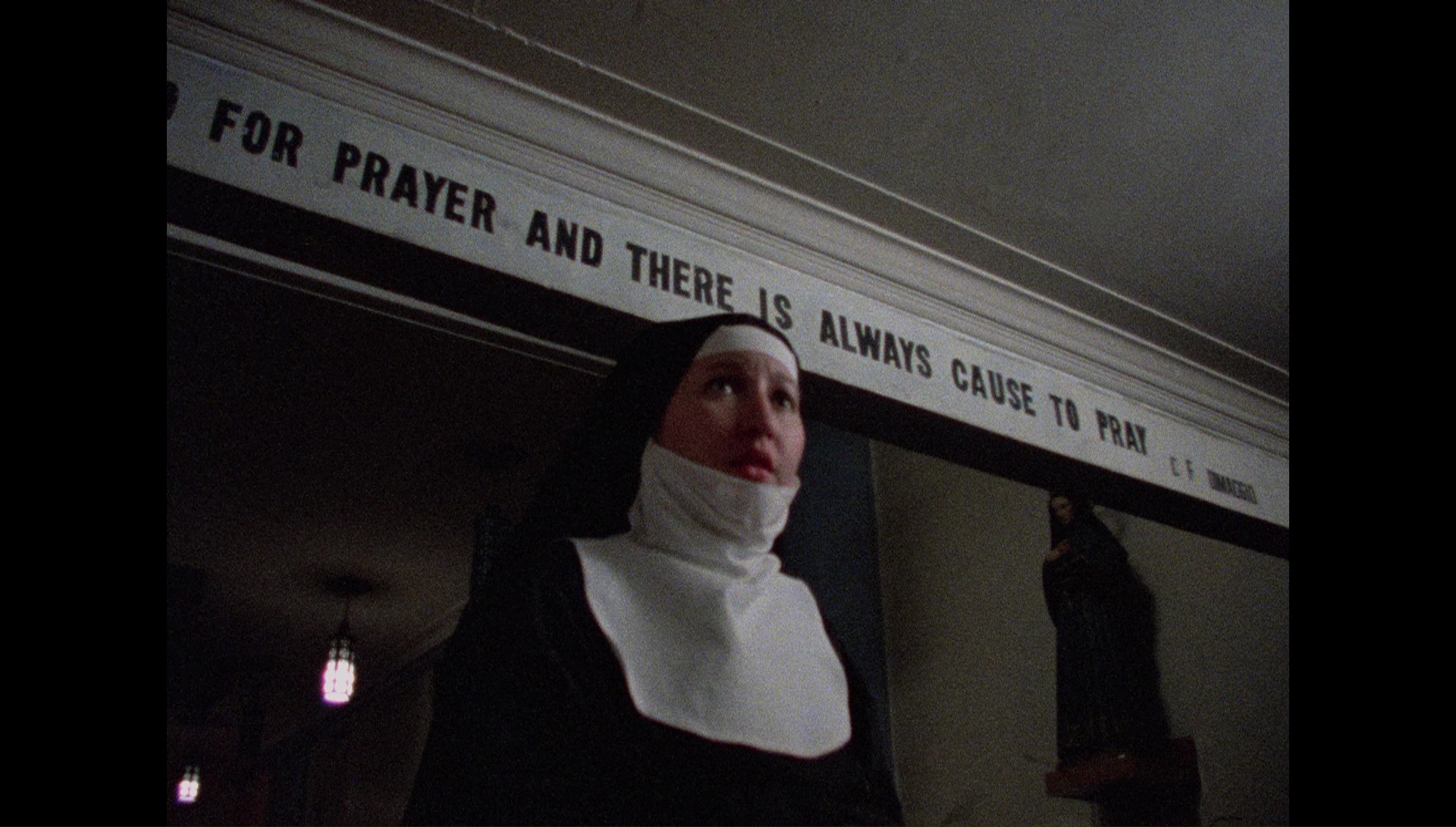 (1.85:1) or open matte (1.33:1). It's a bit of a toss up as to which is preferable; the open matte seems truer to the 16mm origins and has some nicely spacious, boxy compositions at times, but there are also gaping empty spaces at the top and bottom during many dialogue scenes. Try both and see which one you prefer. The longer cut is basically a looser, artier edit of the film before Ferrara tightened it, featuring several scene extensions in the first half (longer punk performances and hallucination scenes, plus additional exterior shots and random bits of urban atmosphere like Ferrara getting some cash from one of his girlfriends in Central Park and him watching a skywriter on the rooftop with some binoculars). The transfer itself looks gorgeous (especially compared to its years-old predecessors) with greatly improved colors (those reds!), an exponential amount of additional detail, and a generous bit rate for both versions. The mono LPCM English track sounds great what for amounts to a pretty ragged sound mix, with optional English SDH subtitles.

This time the older Ferrara commentary has been ditched in favor of a far more coherent and informative one moderated by Ferrara expert Brad Stevens, recorded in London. He still dispenses the occasional jaw dropper at times (starting with "This is a real cab, and those are some real tits!") but he offers way more this time around including recollections about the various actors, grabbing some scenes on the fly as they went along, and offering trivia about that crazy punk band. Stevens' encyclopedic knowledge of Ferrara is a great asset, too, including a cool comparison to The Blackout, along with random connections to everything from Seinfeld to Solarbabies. A new Ferrara interview, "Laine and Abel: An Interview with The Driller 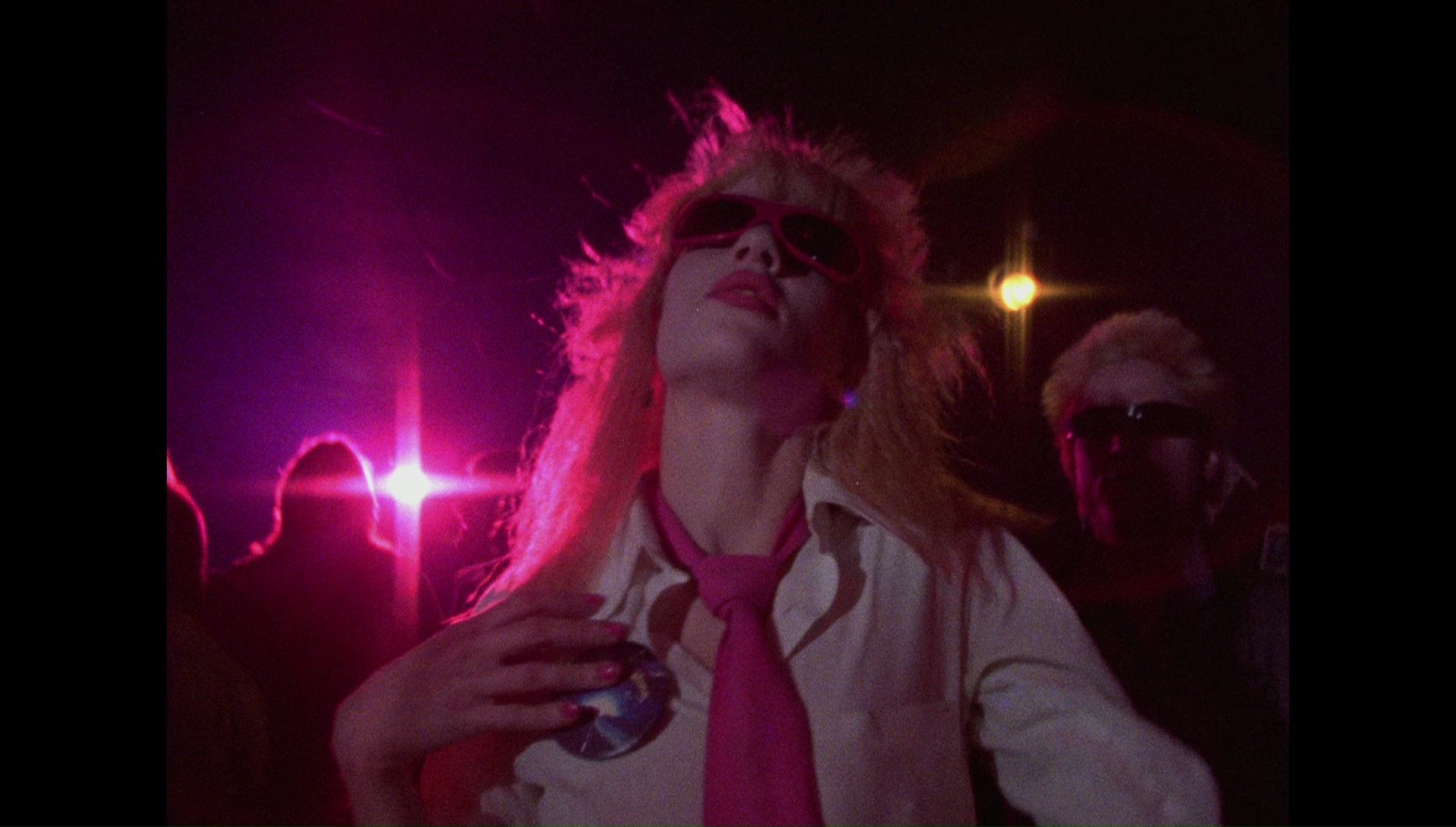 Killer" (17 mins.), appears to be from the same session as the commentary in London covers his 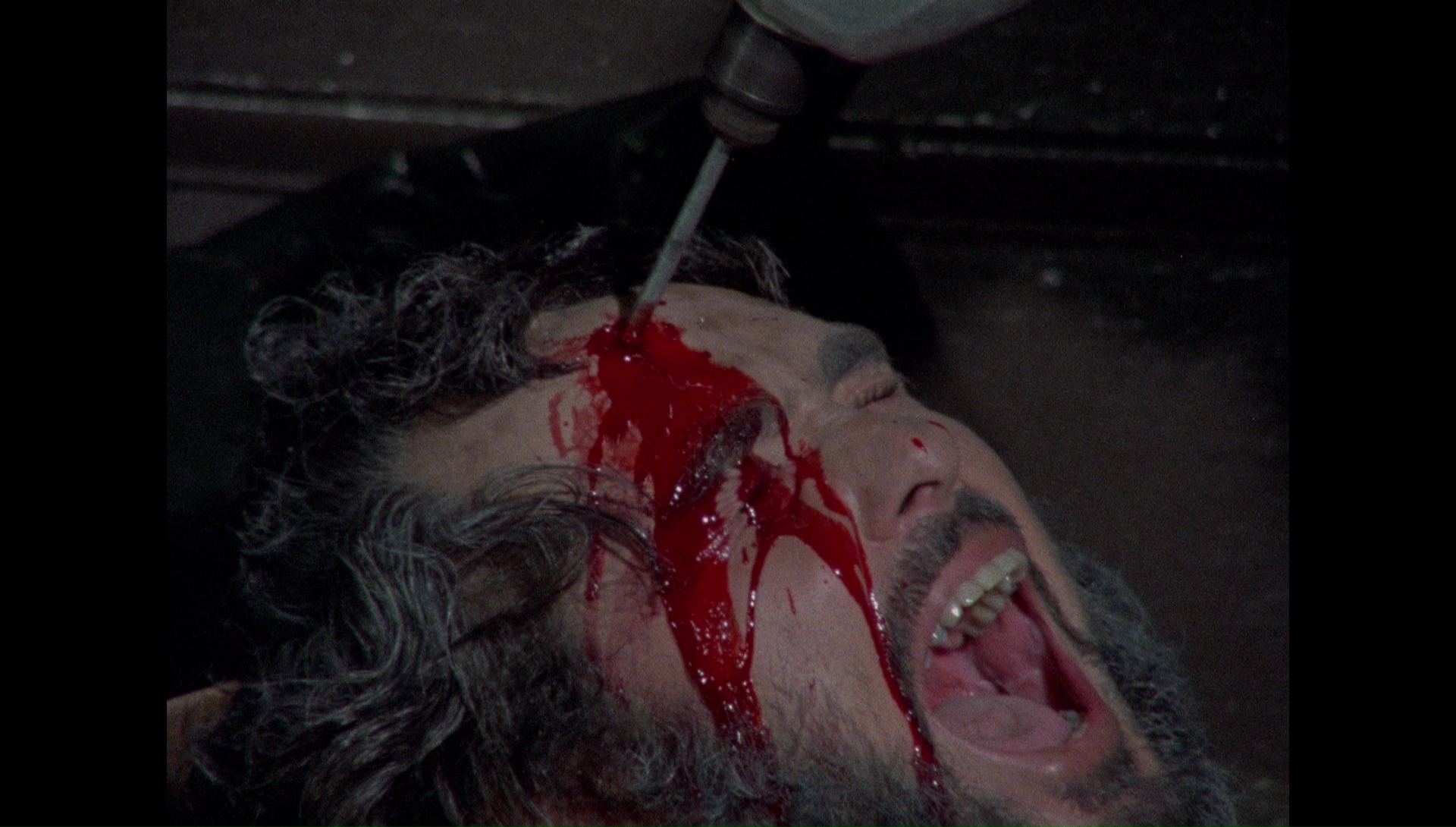 early career more generally from his early exposure to Bambi and Japanese monster movies through his short films in high school and Nine Lives and his filmic influences like Stan Brakhage and raw, low-budget horror like The Texas Chainsaw Massacre on the way to making this, a "warm up" and "preamble" to what was to come. Alexandra Heller-Nicholas, author of Cultographies: Ms. 45, offers "Willing & Abel: Ferraraology 101" (34 mins.), another of Arrow's superb visual essays through a filmmaker's themes and career that could almost qualify as a mini-college course in the "bad guy on independent American cinema" and his ongoing collaborations with Nicholas St. John. This film gets a solid analysis (as does Nine Lives!) before a tour through Ms. 45, Fear City, Miami Vice, Crime Story, China Girl, the sadly neglected Cat Chaser (where's a special edition of that three-hour director's cut?), King of New York, Bad Lieutenant, Body Snatchers, Dangerous Game, The Addiction, The Funeral, Mylène Farmer, The Blackout, 'R Xmas, Mary, and much more. The heftiest extra here is Ferrara's 2010 documentary Mulberry St., a portrait of the colorful New York area where many of his films were shot. Shot in SD, the 87-minute film is a terrific, colorful snapshot of residents and businesses that fly in the face of the city's growing domination by corporate force. Sometimes profane, sometimes touching, it's a terrific little piece with a few fun cameos best left unspoiled. (Well, here's one: get ready for Matthew Modine on a Segway.) The theatrical trailer closes out the actual disc, which comes packaged with a liner notes booklet including essays by Stevens and Michael Pattison. 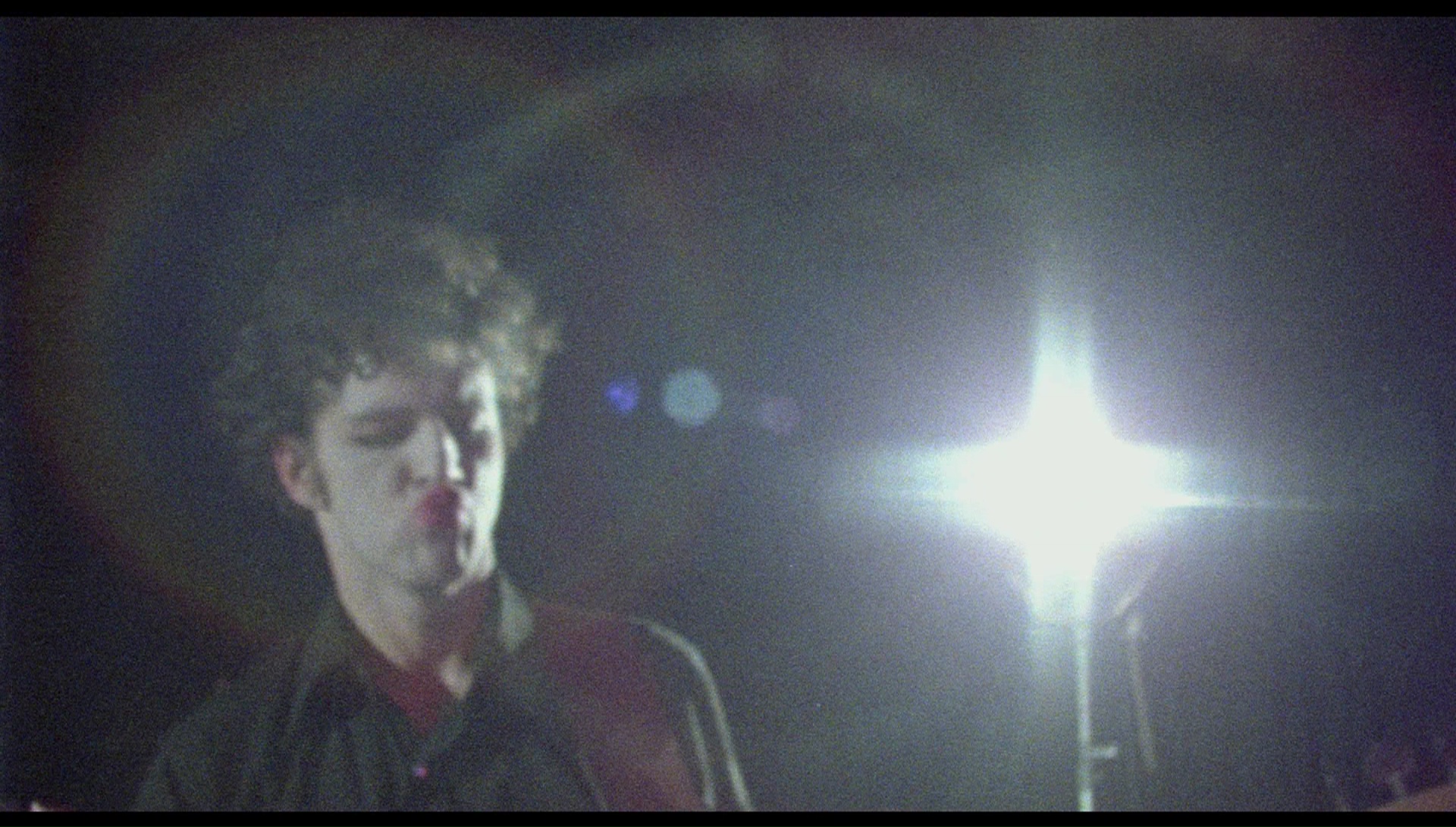 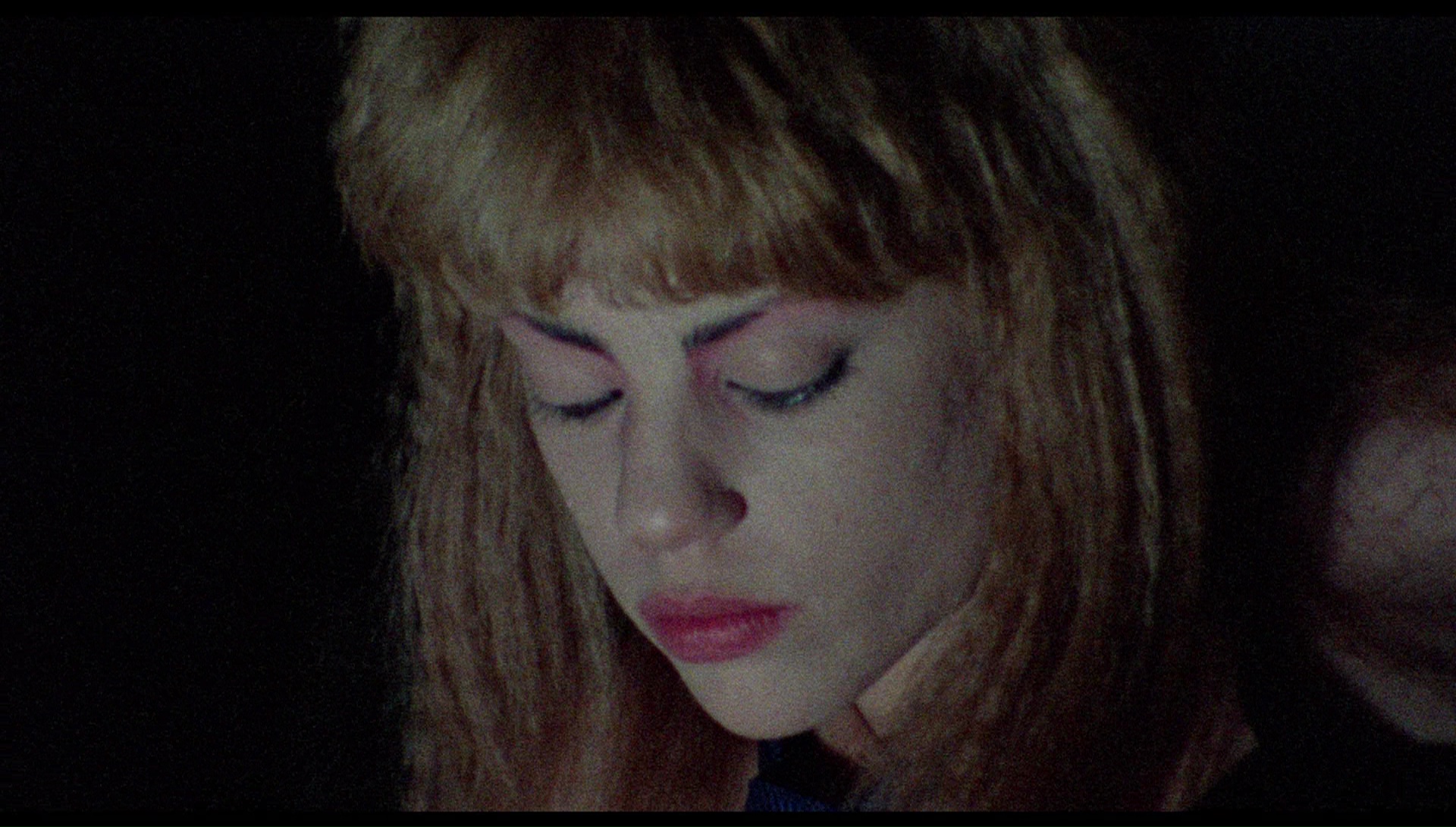 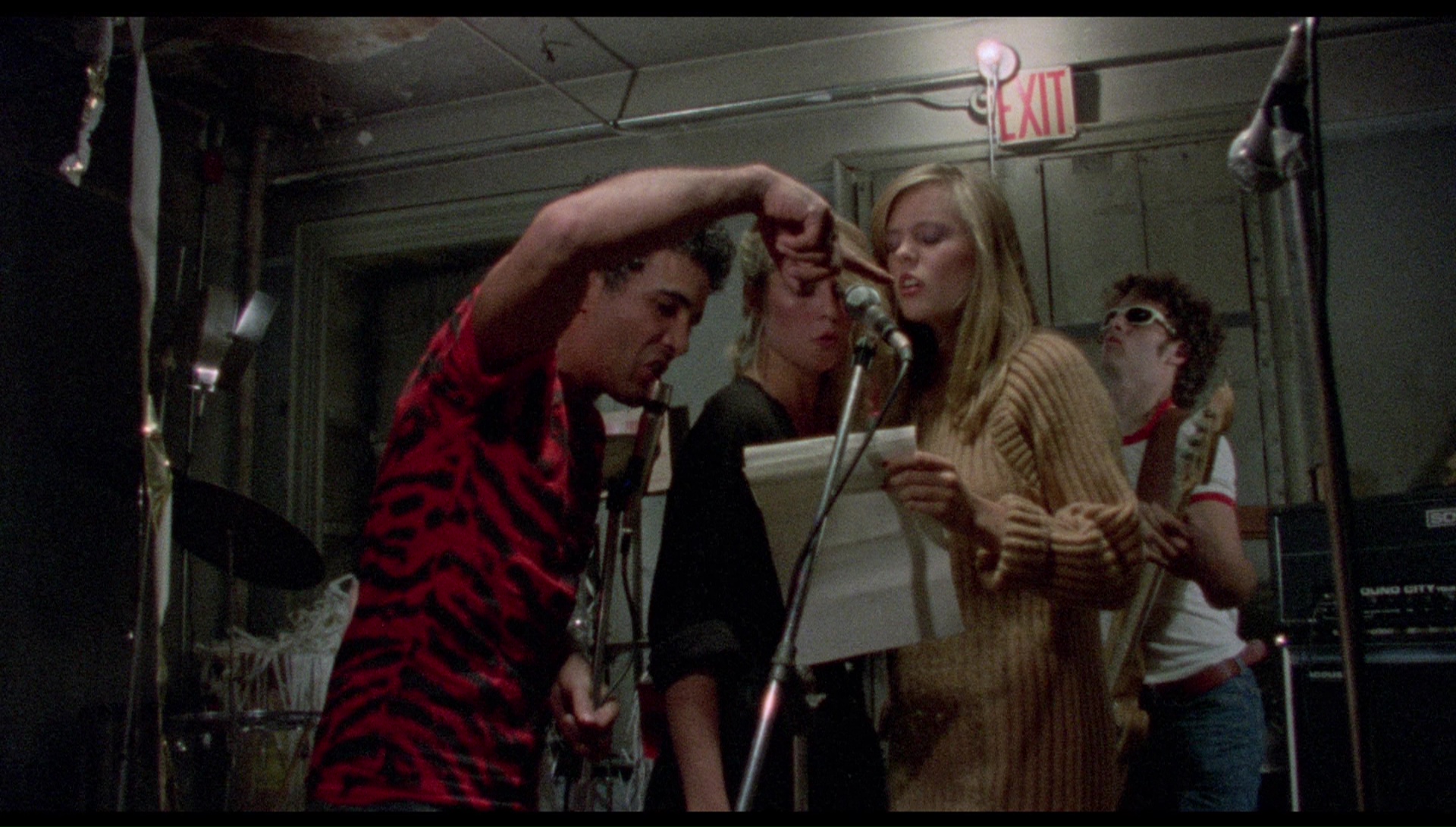 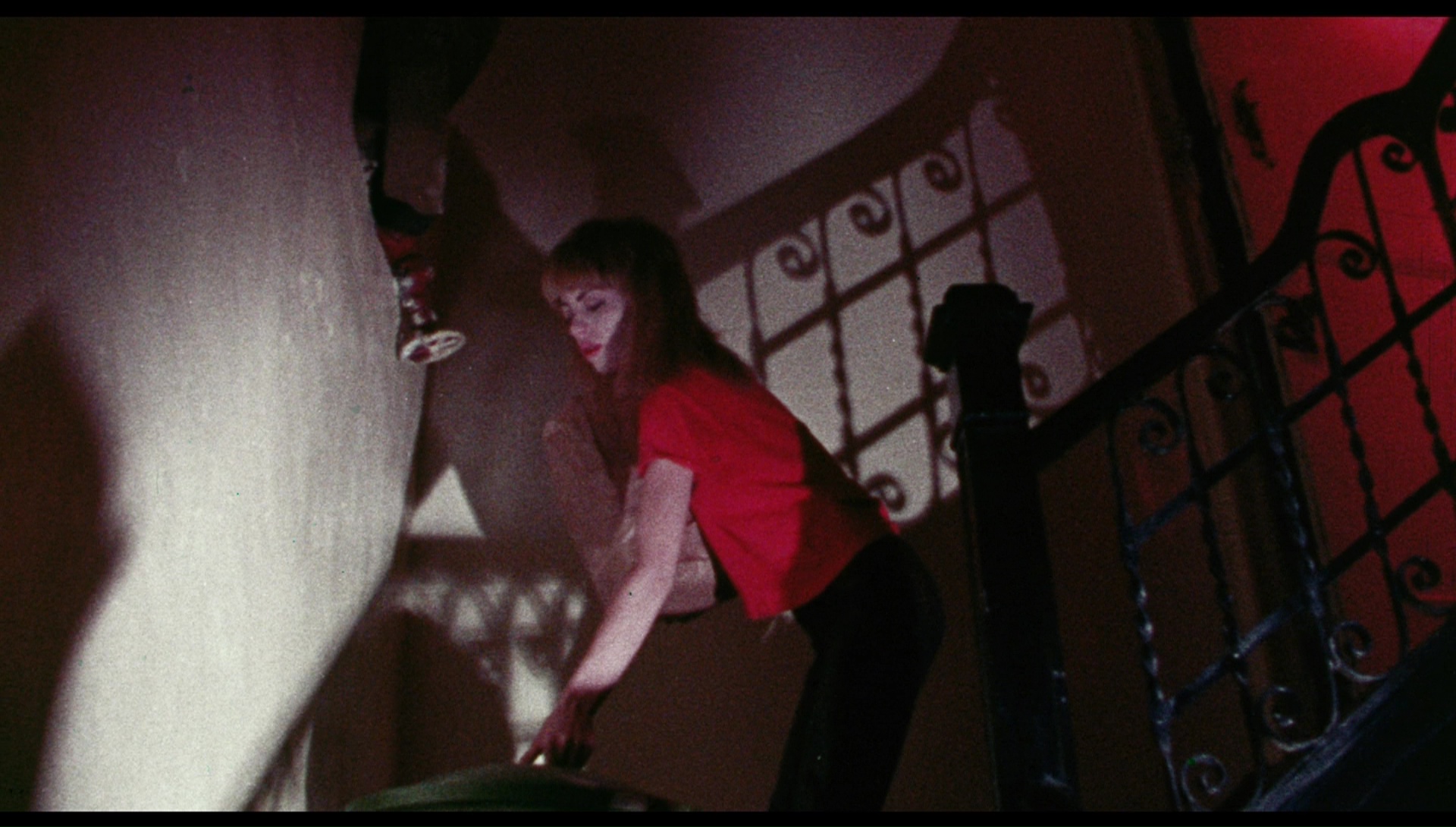 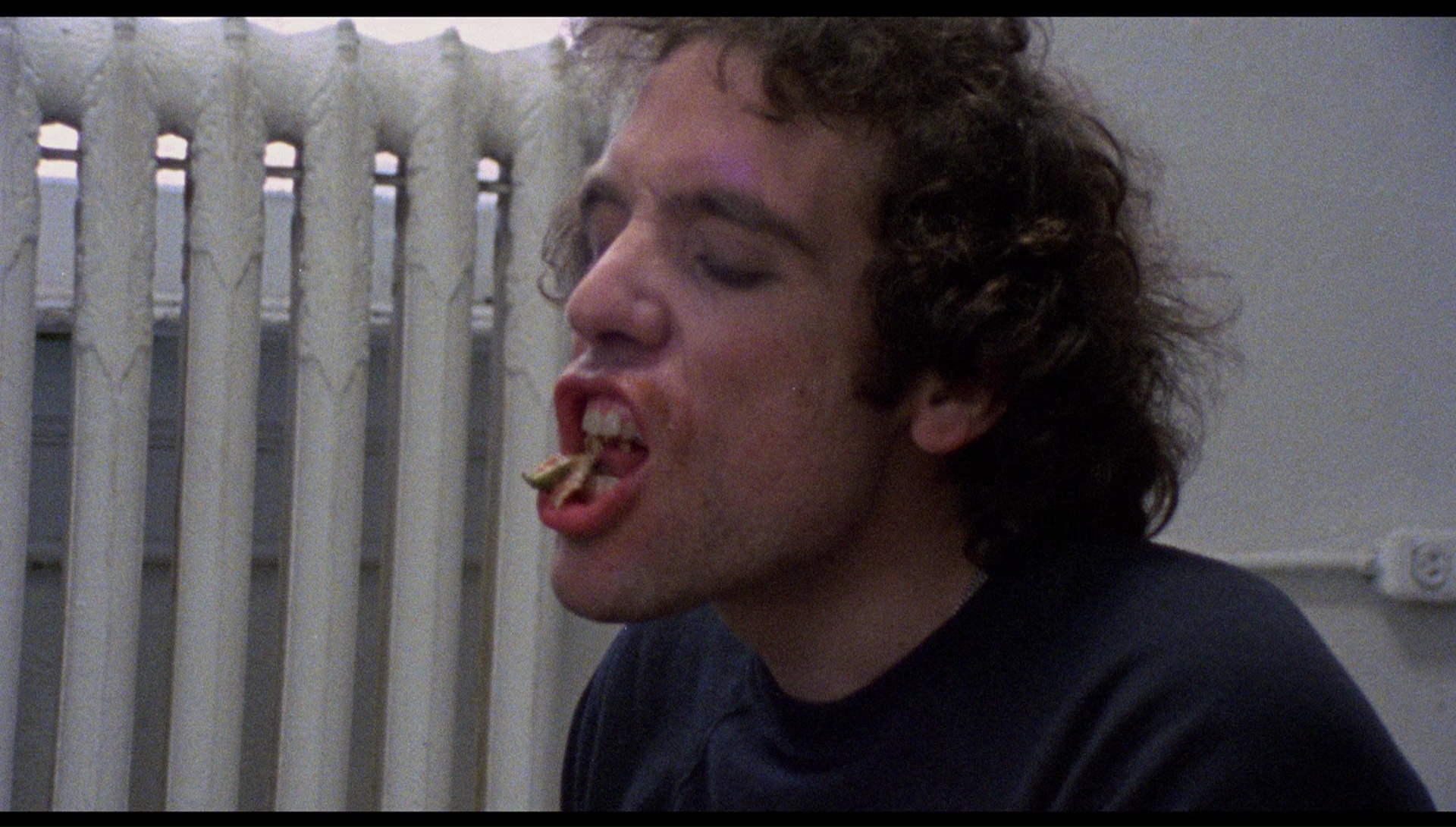 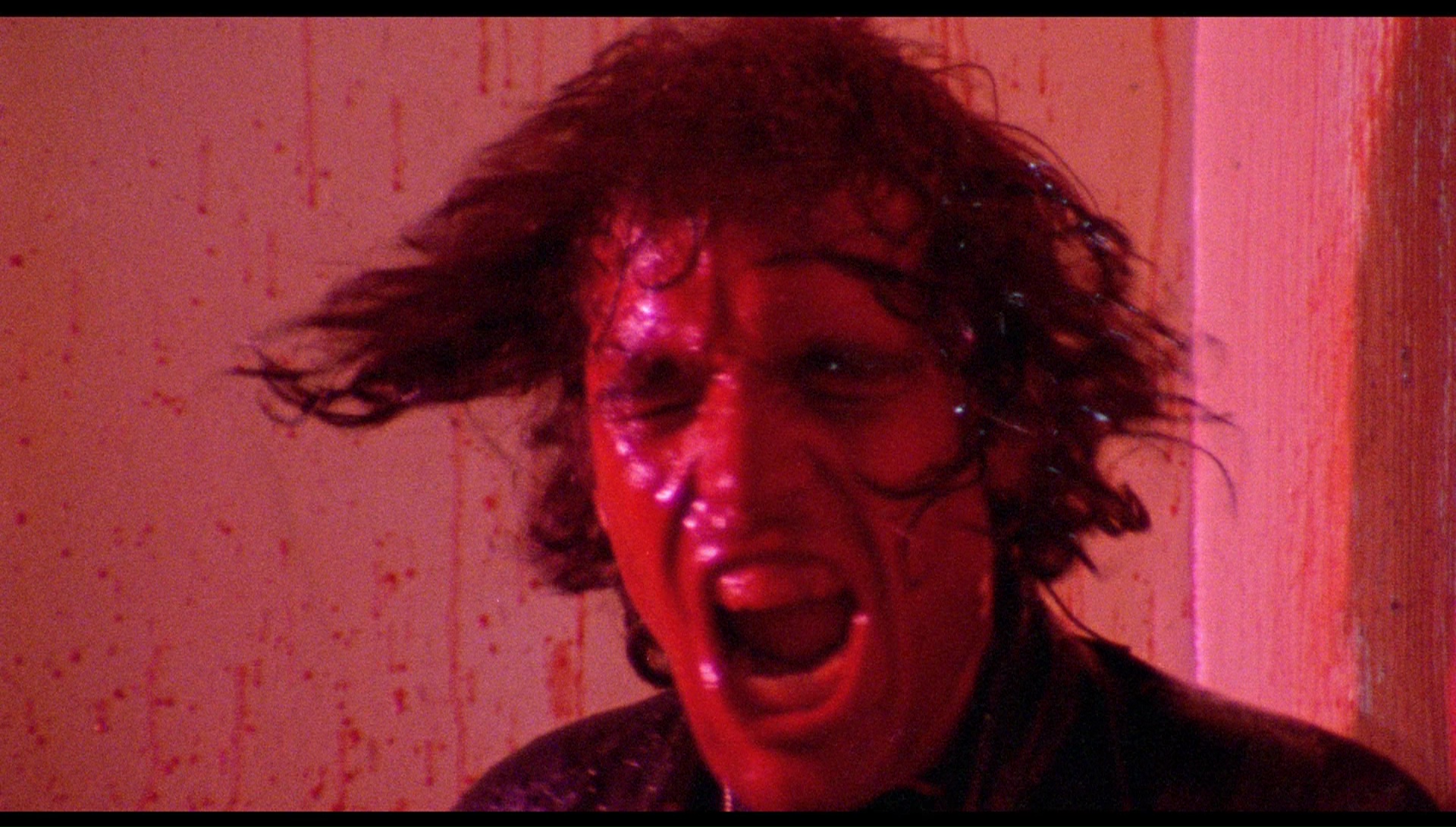