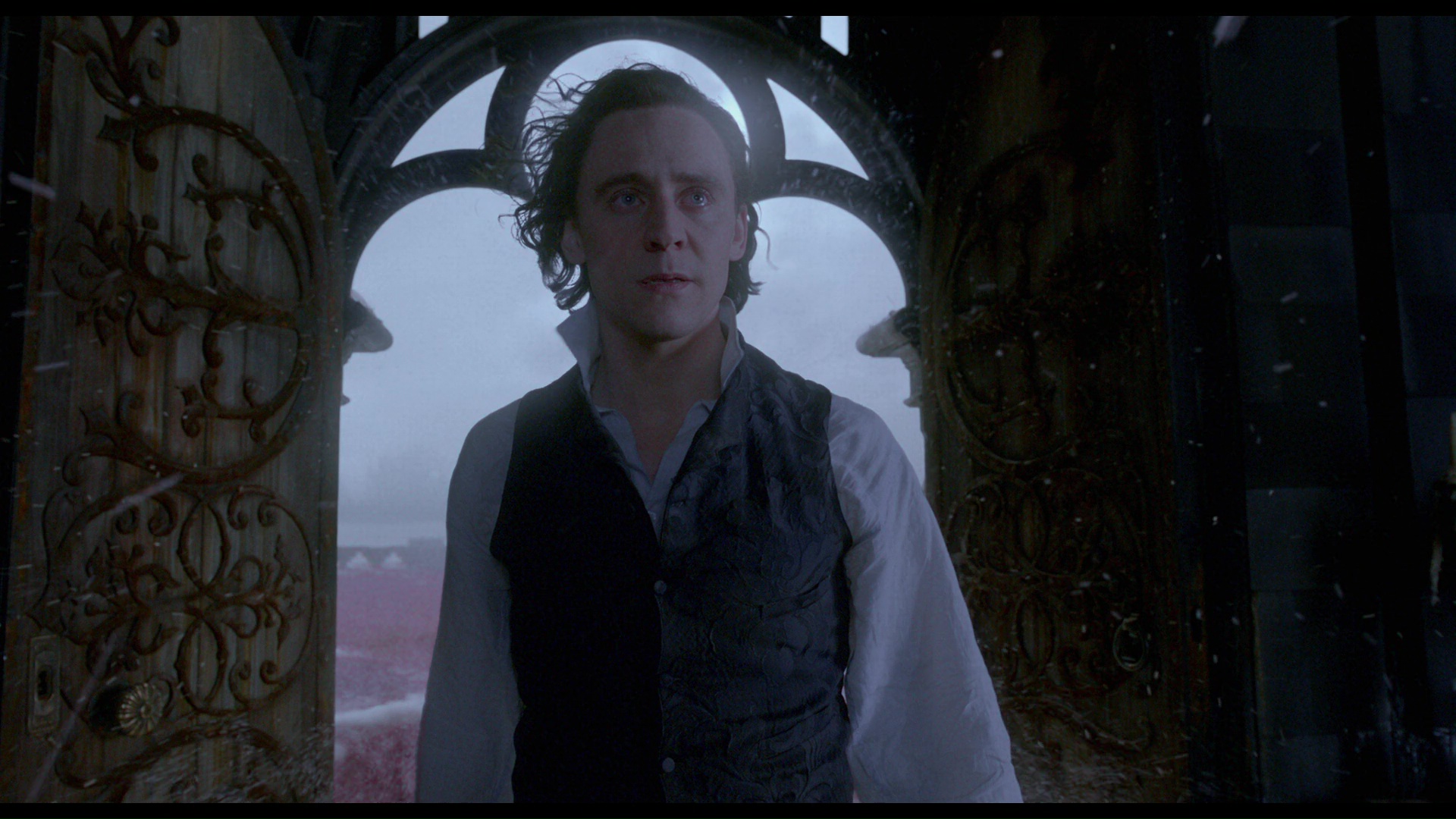 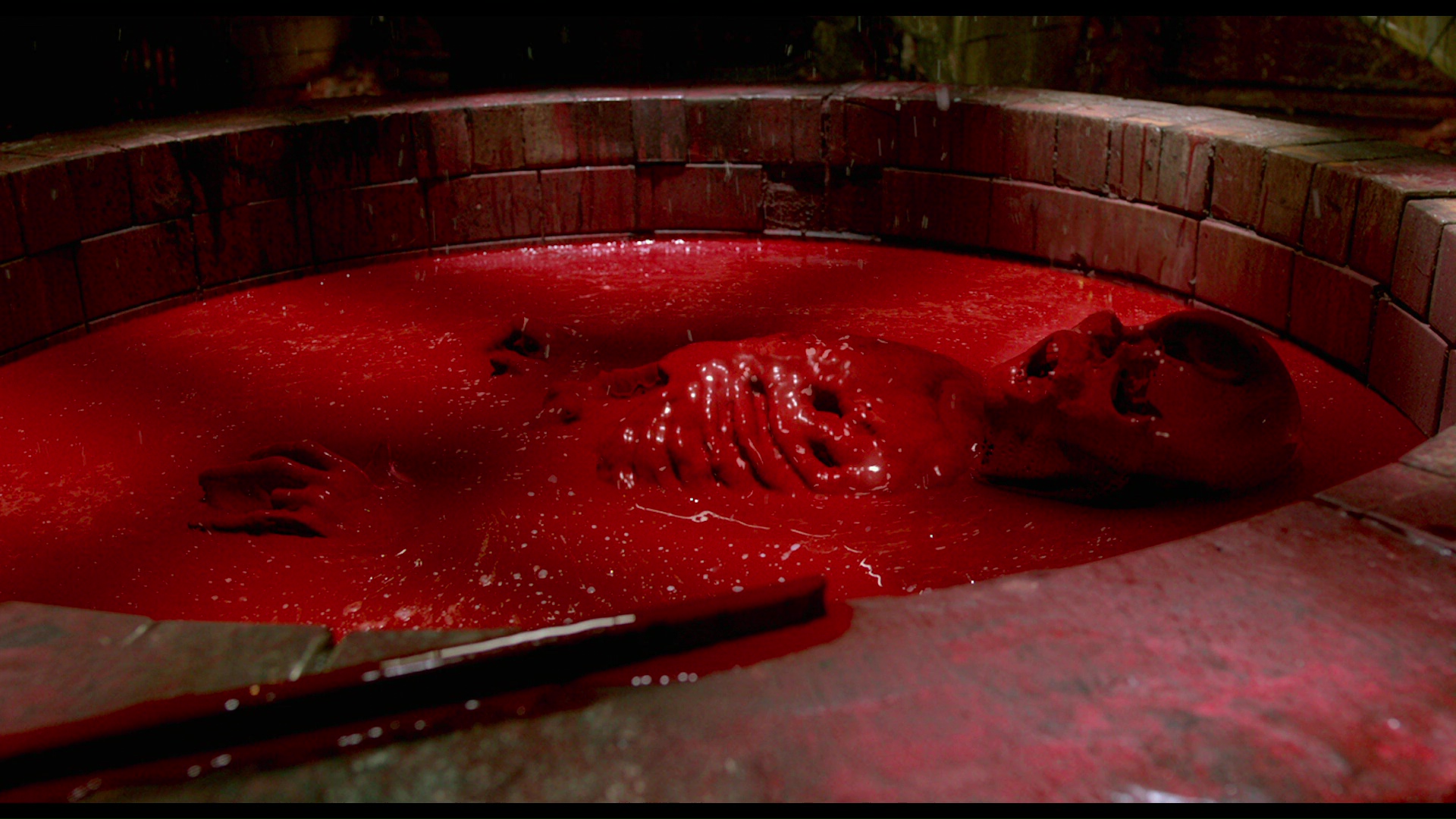 underperformance of Guillermo del Toro's Crimson Peak and the muted response that greeted it could have predicted that the writer-director would rebound with a Best Picture Oscar winner two years later. Much of the problem was expectations, with journalists and viewers expecting a wild and wooly ghost story with lots of del Toro's trademark creepy crawlies skittering all over the screen. Instead he delivered a dark Gothic potboiler, a tale about an imperiled woman and her shifty new husband that wouldn't have seemed out of place in a 19th-century novel. Well, except for one perverse plot element you'll figure out very early on.

Many years after a frightful childhood incident in which her mother's ghost appeared in the middle of the night and intoned, "Beware of Crimson Peak," Edith Cushing (Stoker's Wasikowska) is on her way to becoming a writer and keeping a close relationship with her father, Carter (Supernatural's Beaver), as well as childhood friend and possible suitor Dr. Alan McMichael (Pacific Rim's Hunnam). Enter mysterious European stranger Thomas Sharpe (Hiddleston) and his rather icy sister, Lucille (Chastain), who try to talk Carter into investing in their family's ambitious clay mining project despite being turned down all across the Continent. Thomas also begins to woo Edith and intends to marry her, but Carter slams the brakes on that arrangement only to be brutally murdered in a bathroom. Now free to 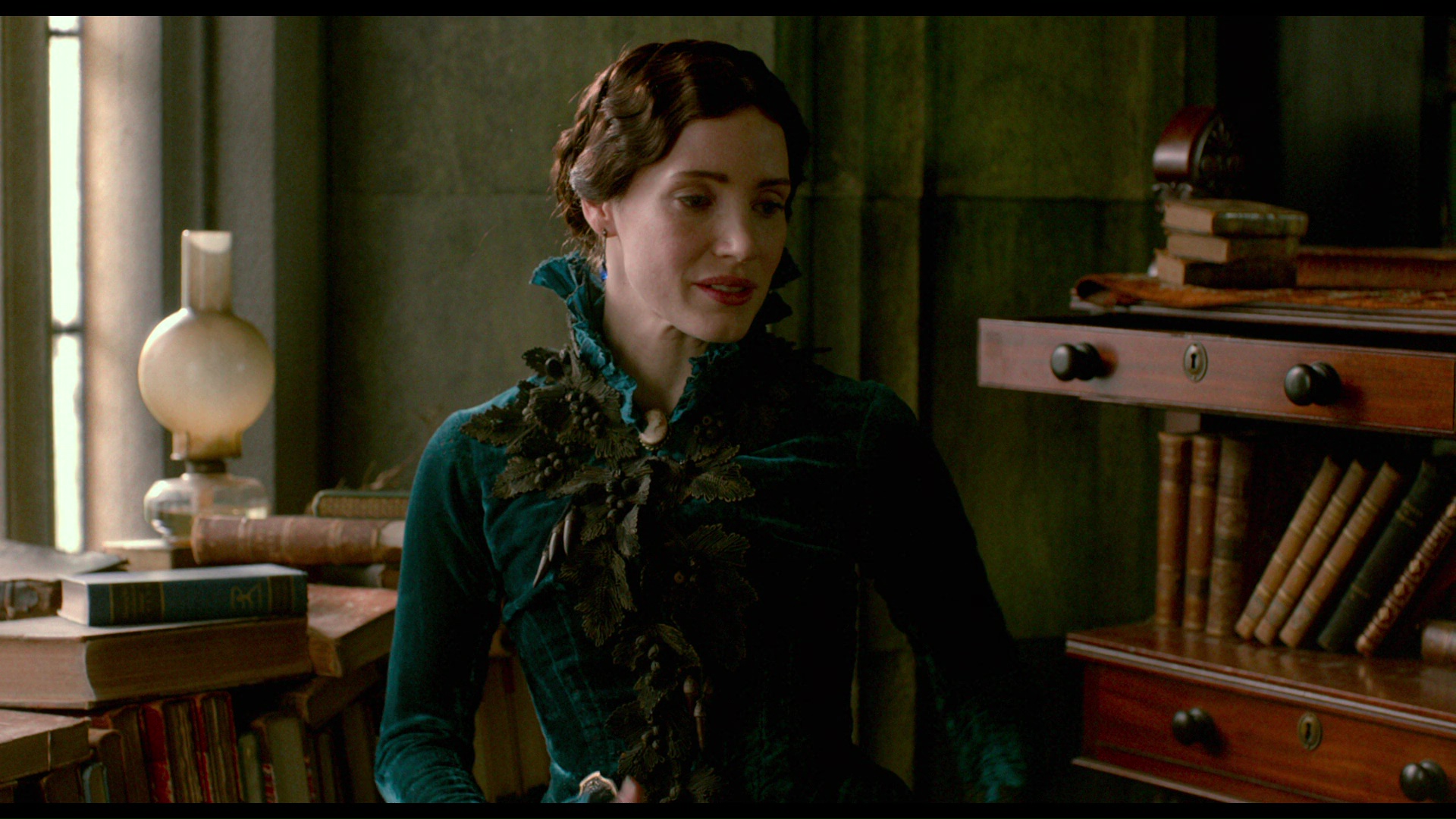 marry, Edith embarks with the Sharpes to their family home in the 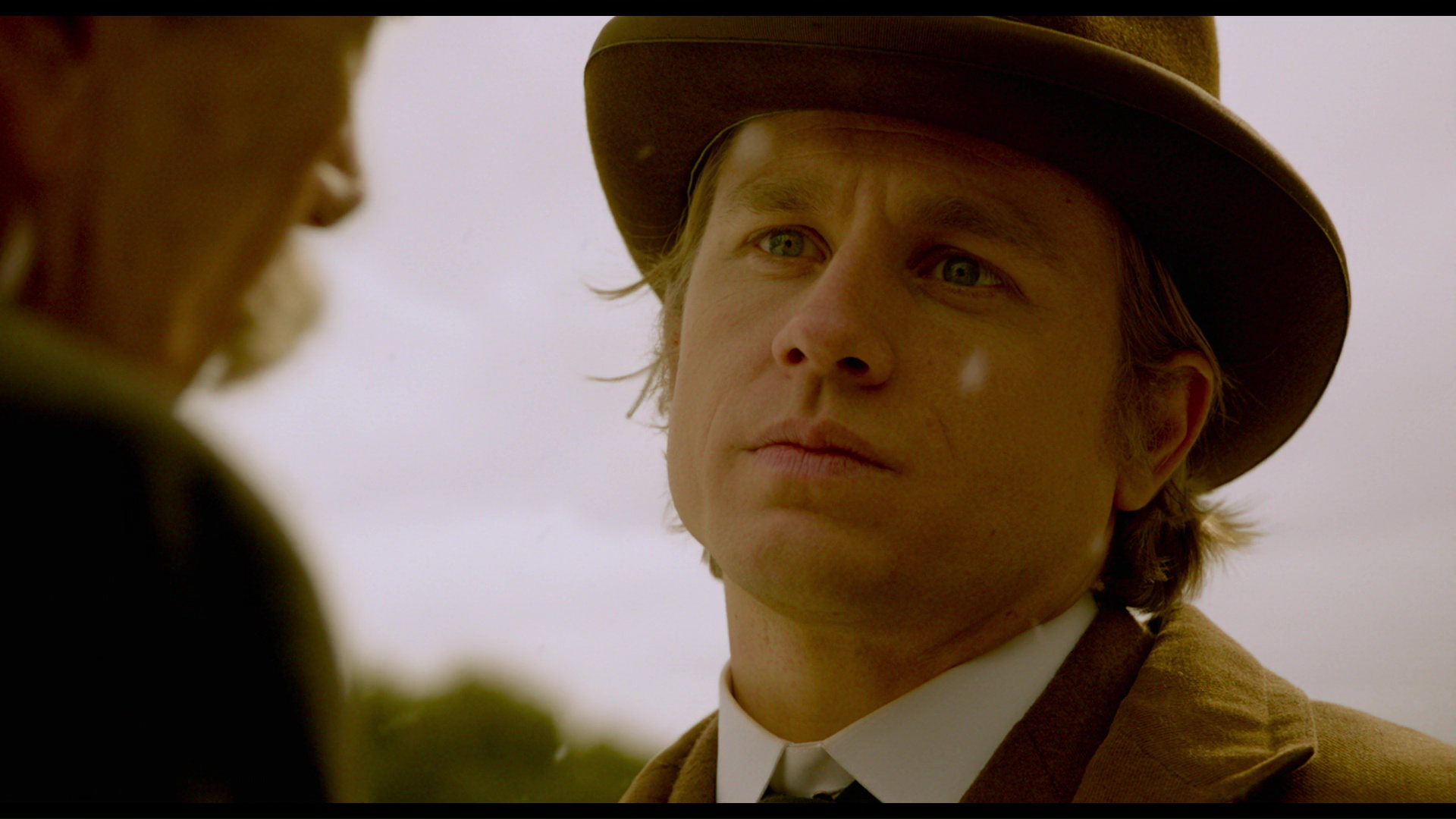 middle of nowhere. From there it's a gallery of horrors involving dark family secrets, bleeding red clay, sinister sex, lots of snowfall, and a gruesome climax that finds Edith fighting for her life.

In cinematic terms this is obviously a descendant of Hitchcock fare like Rebecca and Suspicion with a thick layer of supernatural frosting on top, even if the inconsistent ghosts really play no actual function in the plot and mostly exist so del Toro can play around with that spectral seeping ectoplasm effect from The Devil's Backbone. It's an interesting film to consider in between his earlier kaiju fest Pacific Rim and the swooning romanticism of The Shape of Water, and as an achievement of production design it's certainly one of the most eye-popping studio films of its decade with the every shot loaded with visual treats and peculiar architecture. Anyone expecting a horror film will be a bit confounded that the film is instead aiming for more of a perverse fantasy approach with its twisted family feeling like something out of a Roger Corman Poe film more than the obvious Hammer implications of Edith's last name. In the end it might be best compared to Tim Burton's Sleepy Hollow, another divisive, style-heavy homage to European cinema fantastique that works best if you just let your eyes soak in all the swooning imagination 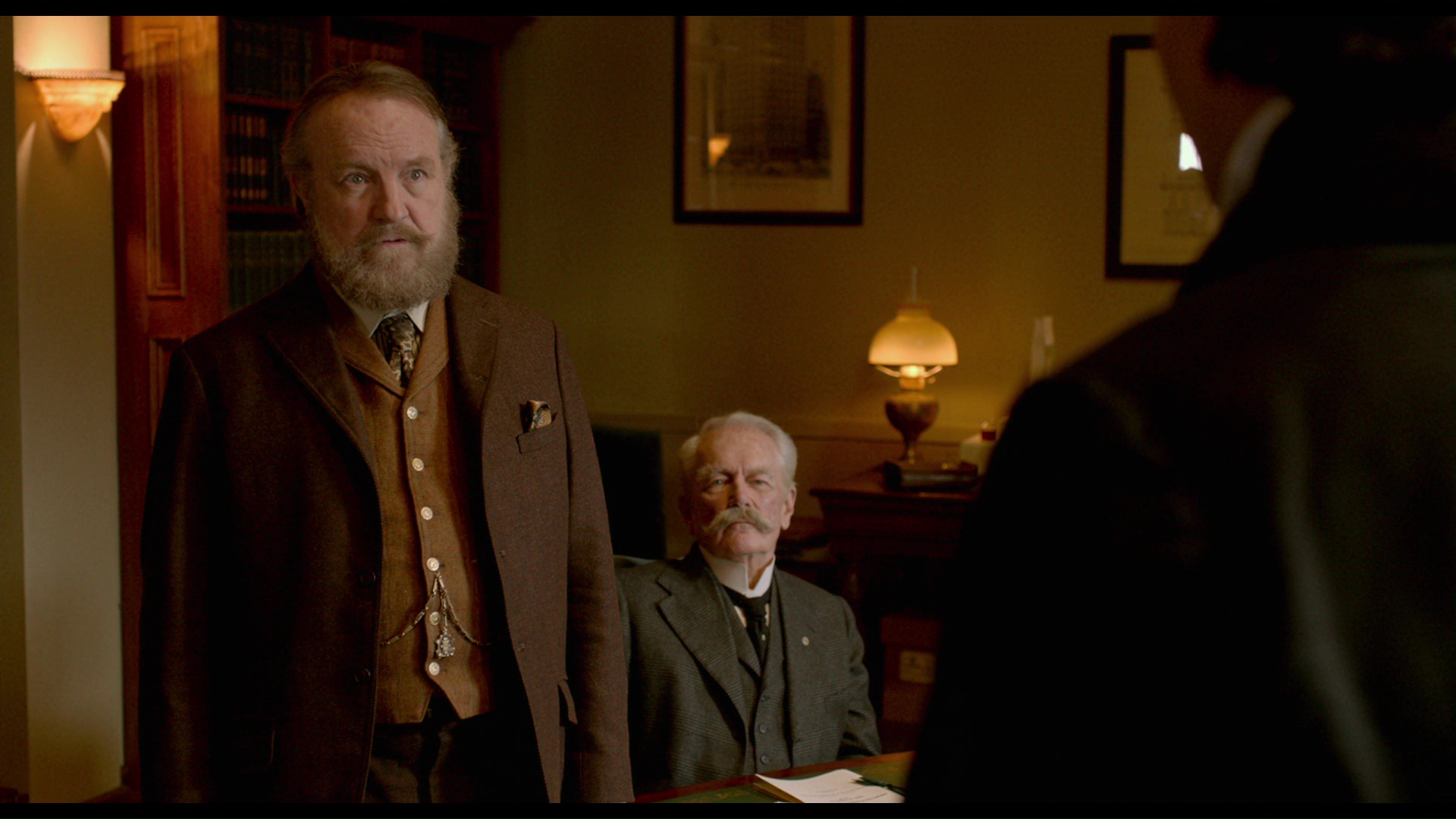 on display without thinking about it too much.

Crimson Peak first hit Blu-ray and DVD in in 2015 from Universal featuring the expected top-notch a/v quality, with the sumptuous film lensing looking as slick and pristine as you'd expect. Audio options include English 7.1 DTS:X, 2.0 DTS Headphone:X Audio, and descriptive video service, with 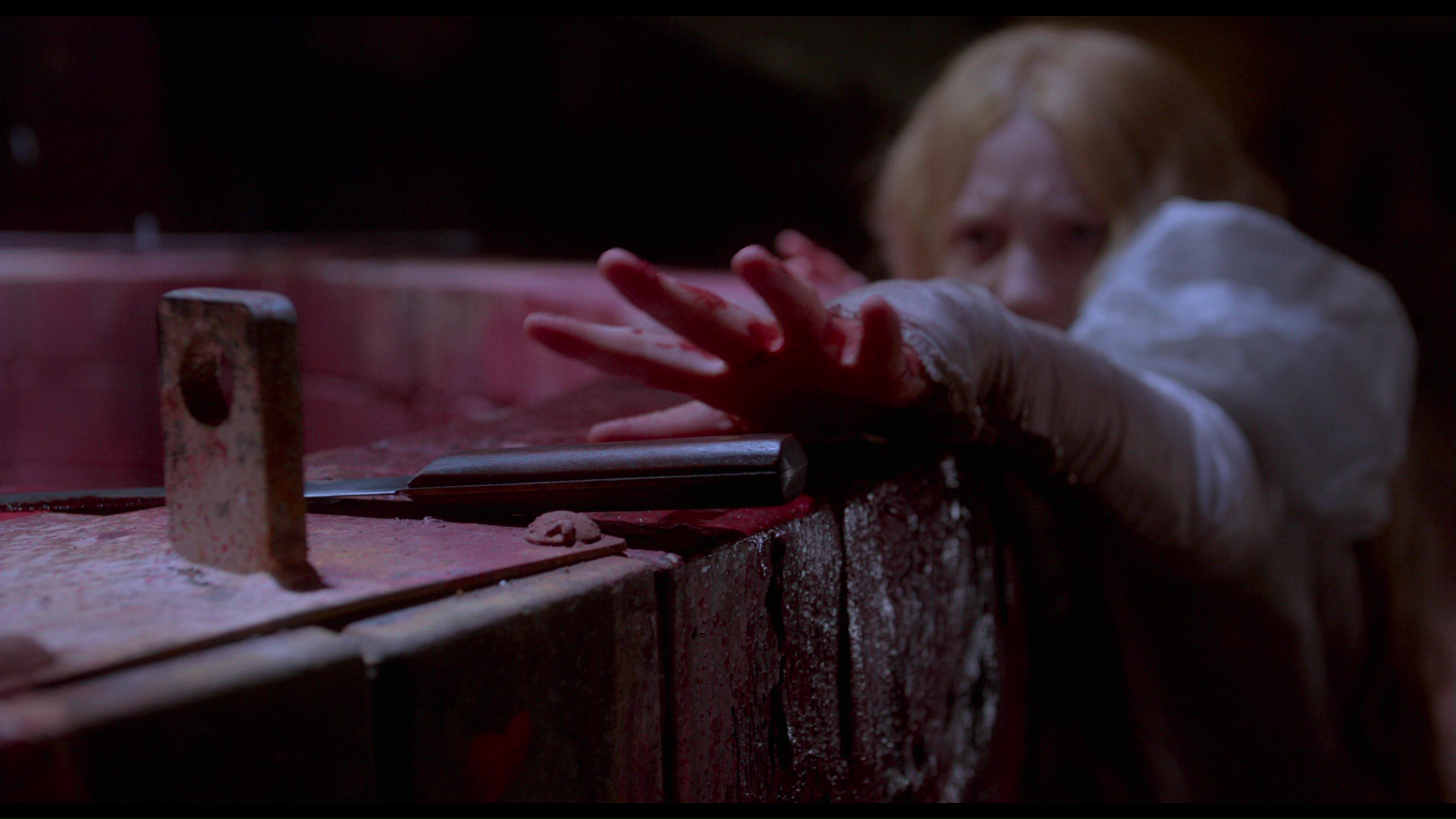 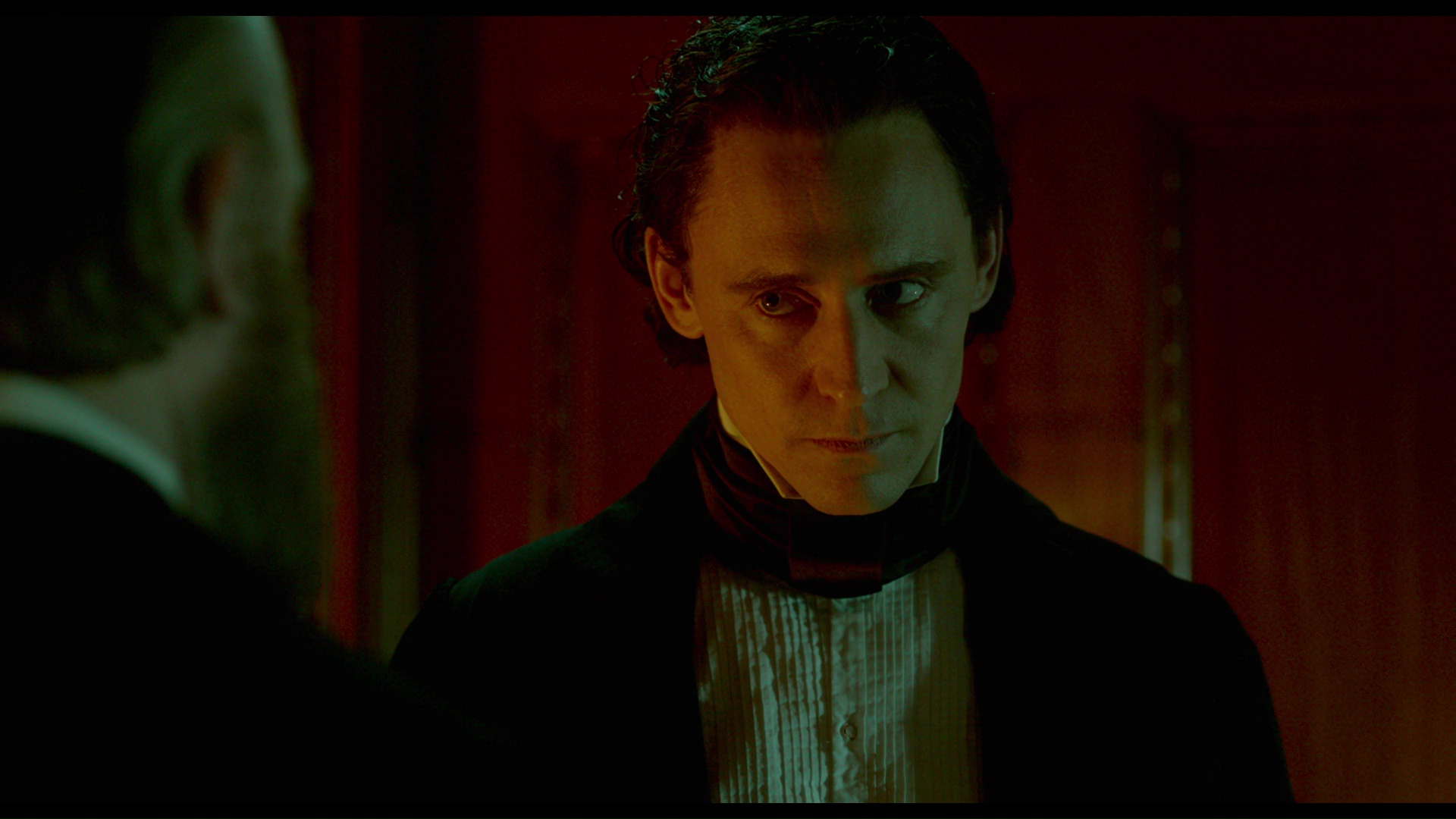 In 2019, Arrow Video unexpectedly chose del Toro's film for a deluxe upgrade featuring one of its more ambitious packaging designs, an elegant oversized set including an illustration-heavy book. Image and audio quality appear identical to the earlier release, and all of the extras have been ported over as well with a healthy dollop of new goodies added. A "previously unseen Spanish language interview" with del Toro (8m36s) goes into the film's fairy tale aspects, dark melodramas, the synchronicity of the film's use of color and costumes, and the butterfly/moth symbolism. The newly-edited "The House Is Alive" (50m1s) assembles a barrage of production footage and EPK interviews with the primary cast and crew covering everything from more literary influences (including 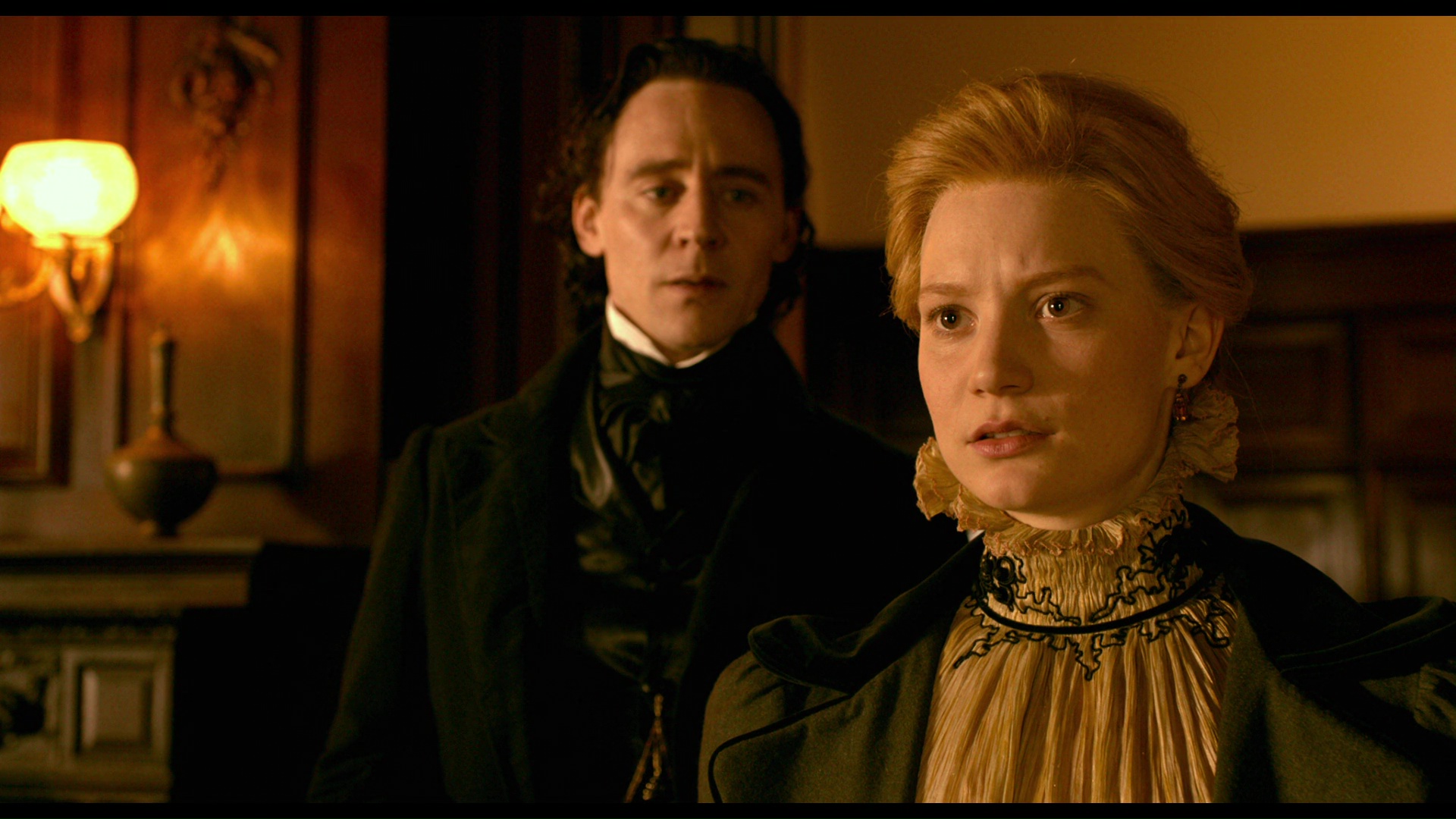 Le Fanu) and the enjoyment in putting together a haunted house in more than one sense of the term. "Kim Newman on Crimson Peak and the Tradition of Gothic Romance" (17m37s) starts off a bit broader than the title might imply as he tackles the definition of del Toro's genre inclinations, but he then dives into the ghost story and Gothic literature traditions in his work, with The Castle of Otranto getting more mentions on this disc in total than it probably has in the past decade of worldwide English classes. Nice shout out to V.C. Andrews, too, and unexpected threads even manage to pull the Fifty Shades of Grey books and films. Also, as should be obvious by this point, you should 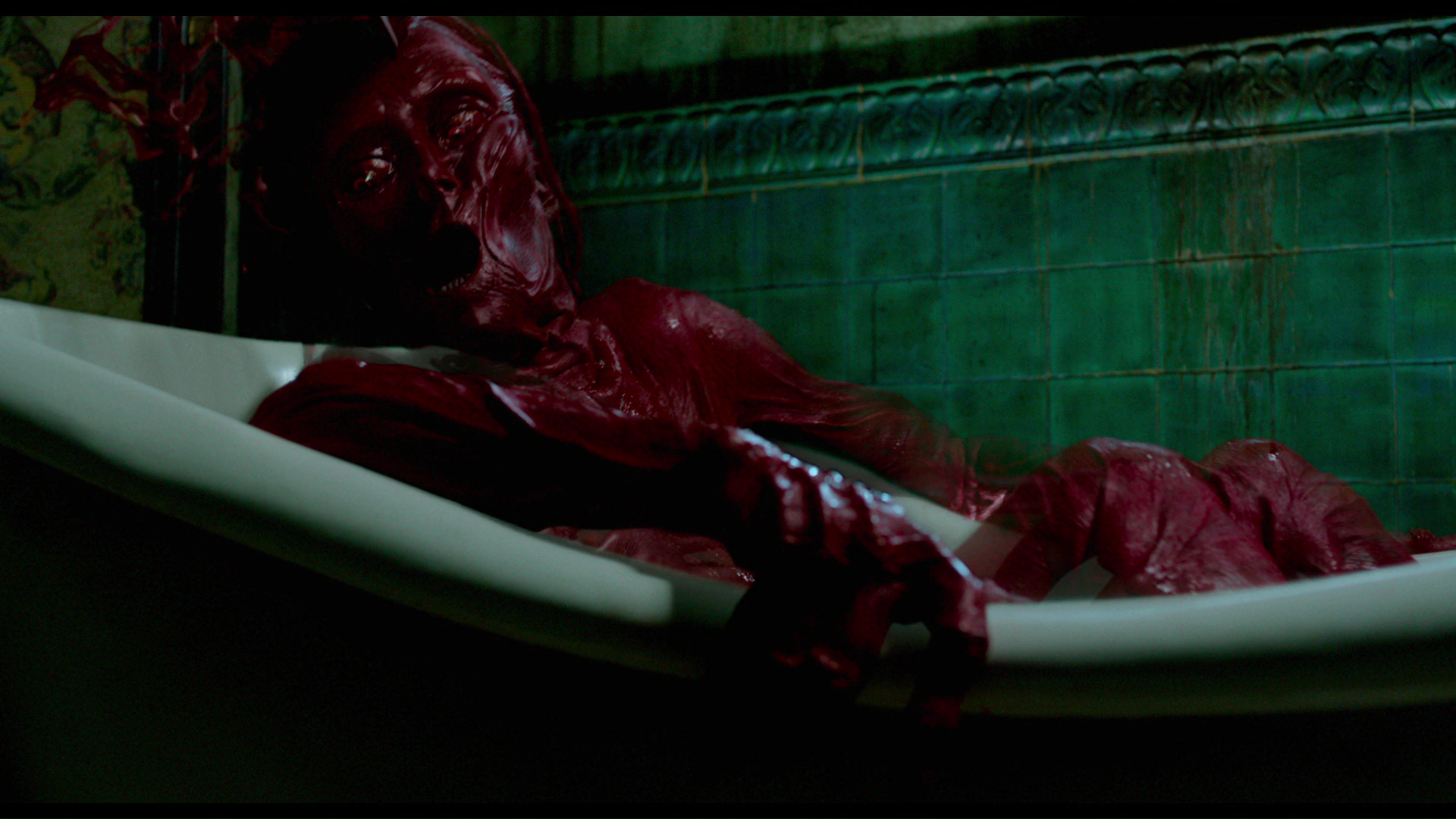 under no circumstances try a drinking game of any kind involving the term "Gothic romance" and this disc. "Violence and Beauty in Guillermo del Toro's Gothic Fairy Tale Films" (23m37s) continues the Gothic study from the vantage point of the dark original European fairy tales that continue to linger today but are used in del Toro's cinema (especially his Spanish work) in something closer to their macabre original intent. There's even a bit of the trailer for Richard Burton's Bluebeard, which makes you wonder why that one hasn't hit Blu-ray yet. Also included are the domestic and international trailers, a minutes' worth of TV spots, and separate galleries devoted to production stills and behind the scenes. The aforementioned elaborate packaging comes with six double-sided, postcard-sized lobby card reproductions, that 80-page, hardbound book (with new essays by David Jenkins and Simon Abrams, an archival interview with del Toro, and original conceptual design illustrations by artists Guy Davis and Oscar Chichoni), and a new outer design by the film's concept artist, Guy Davis. 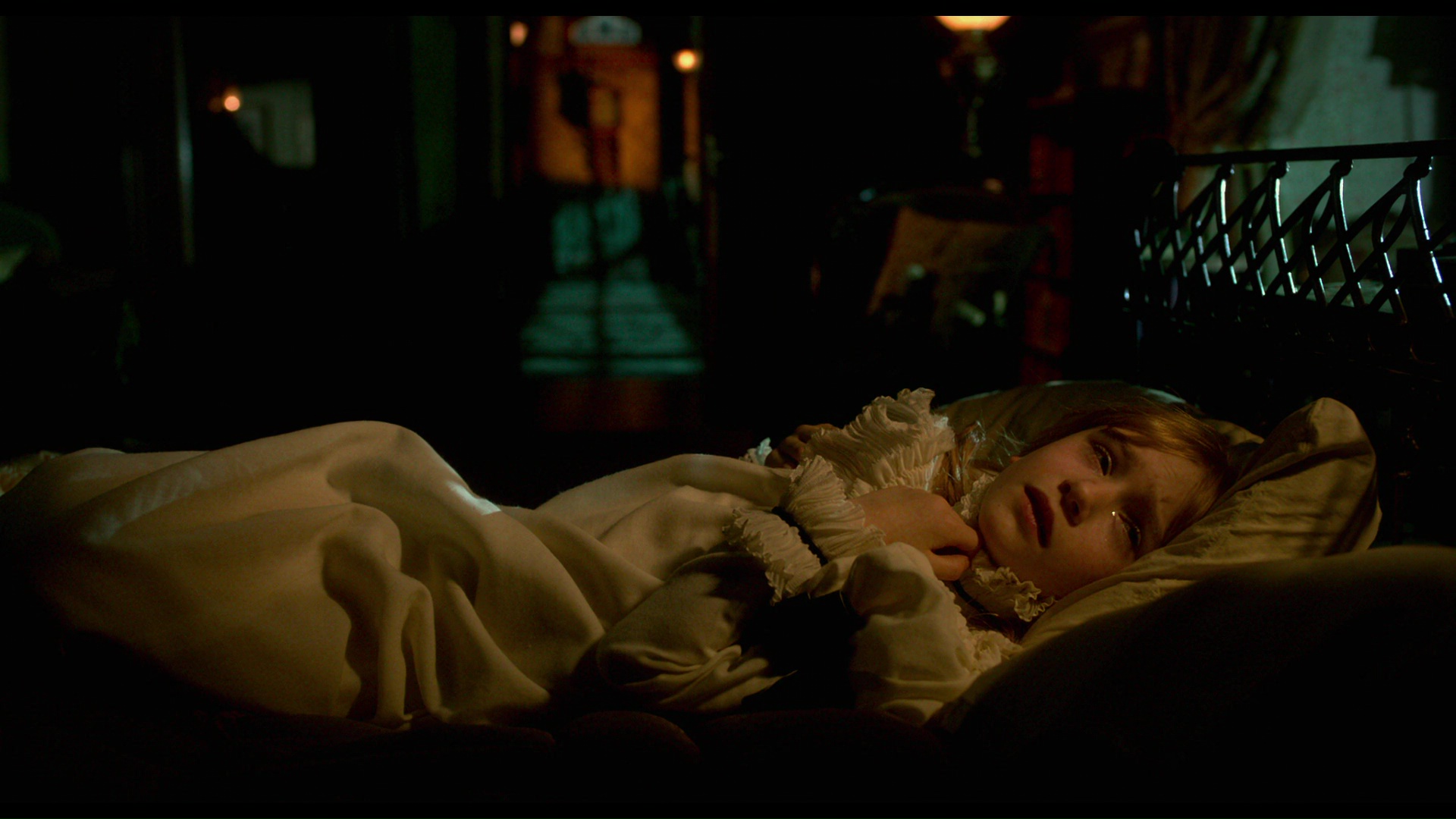 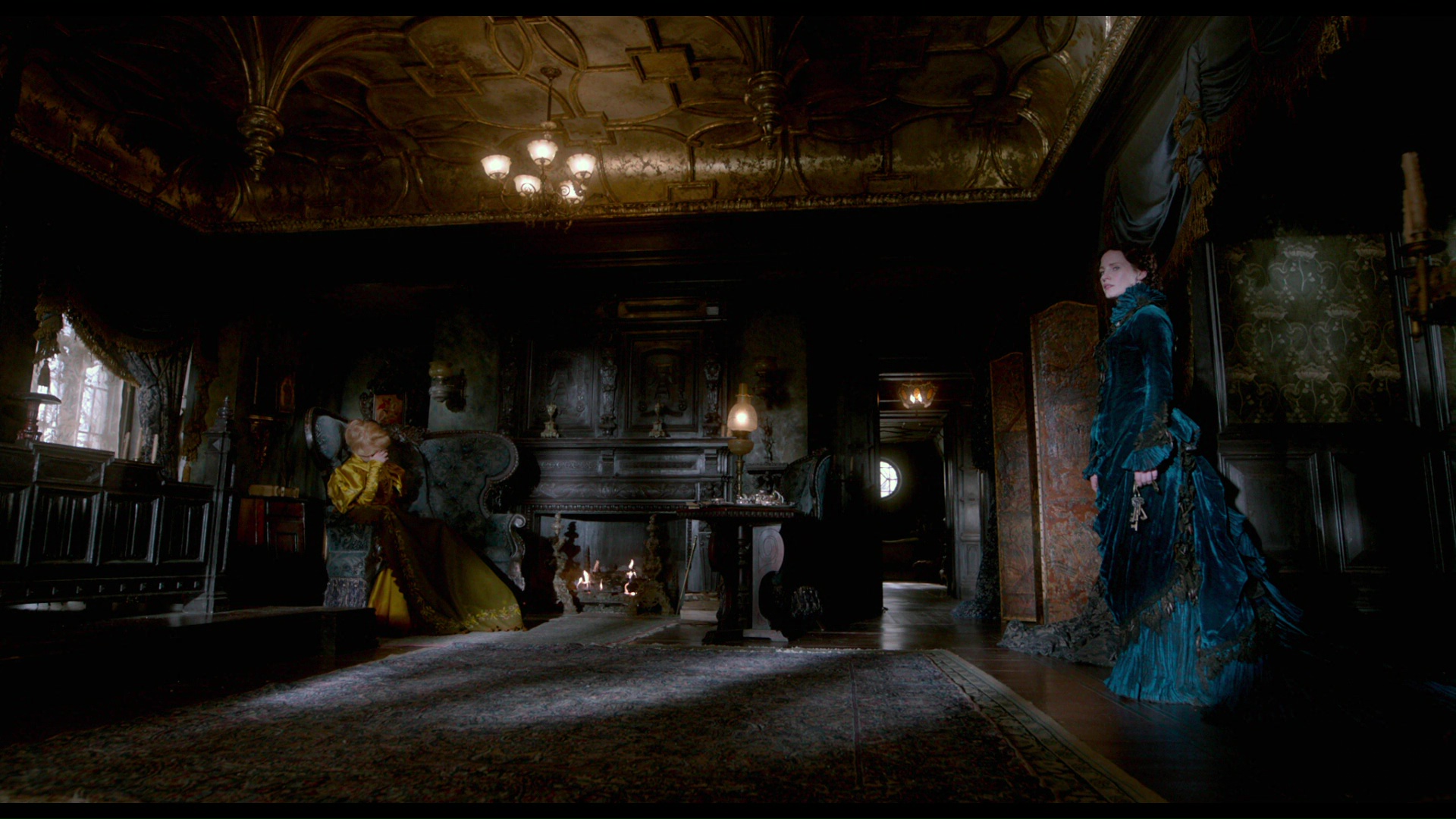 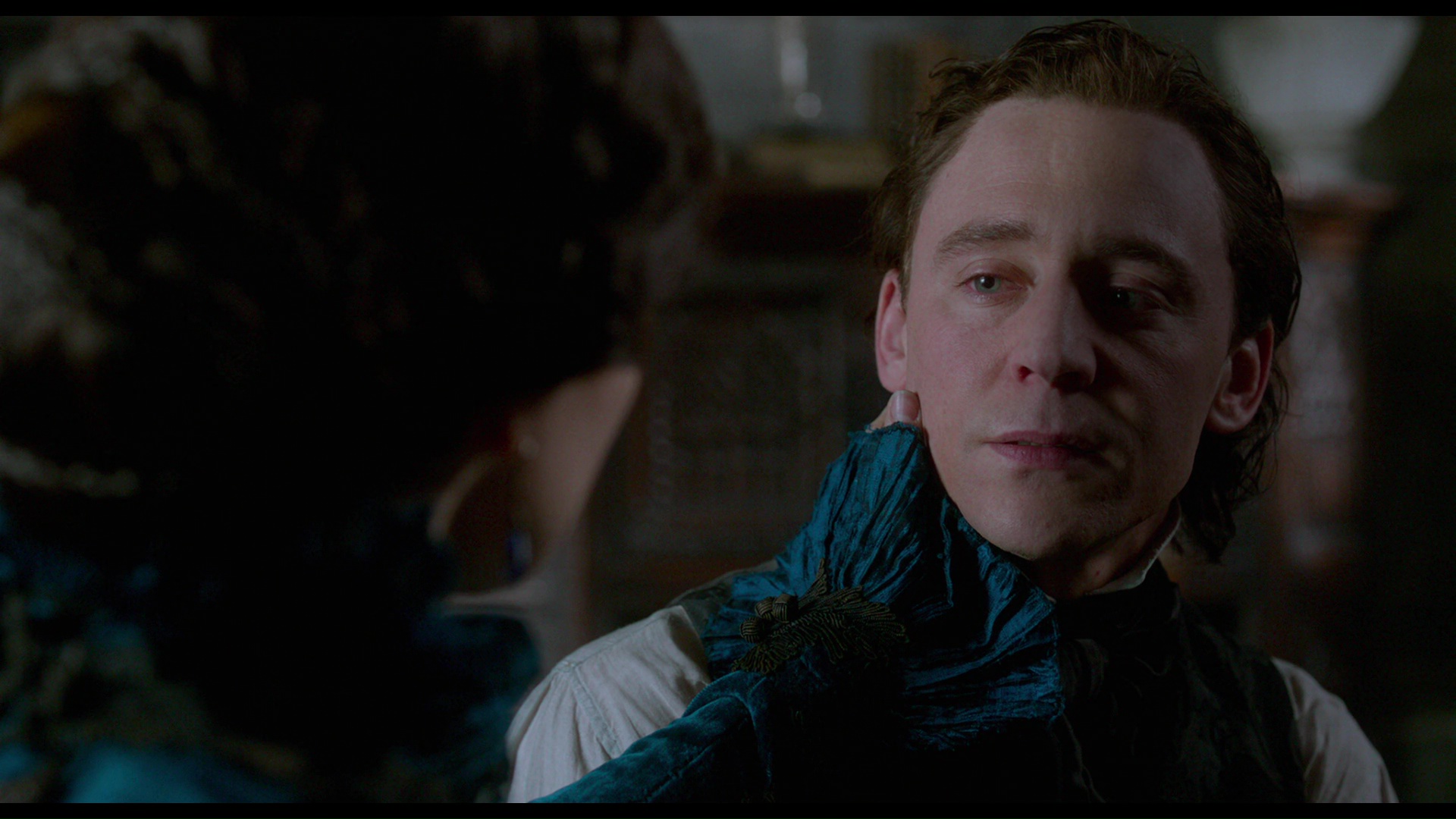 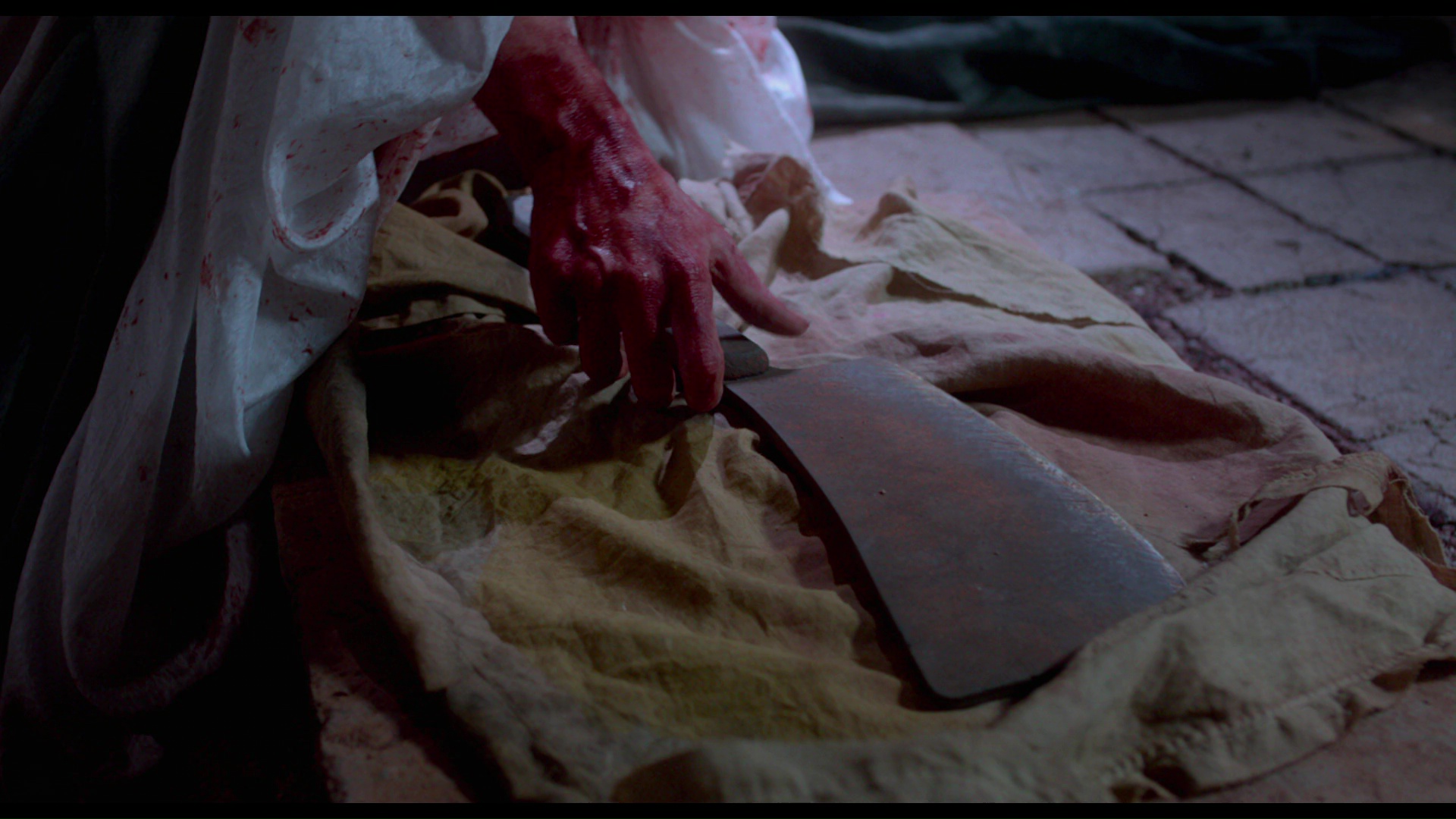 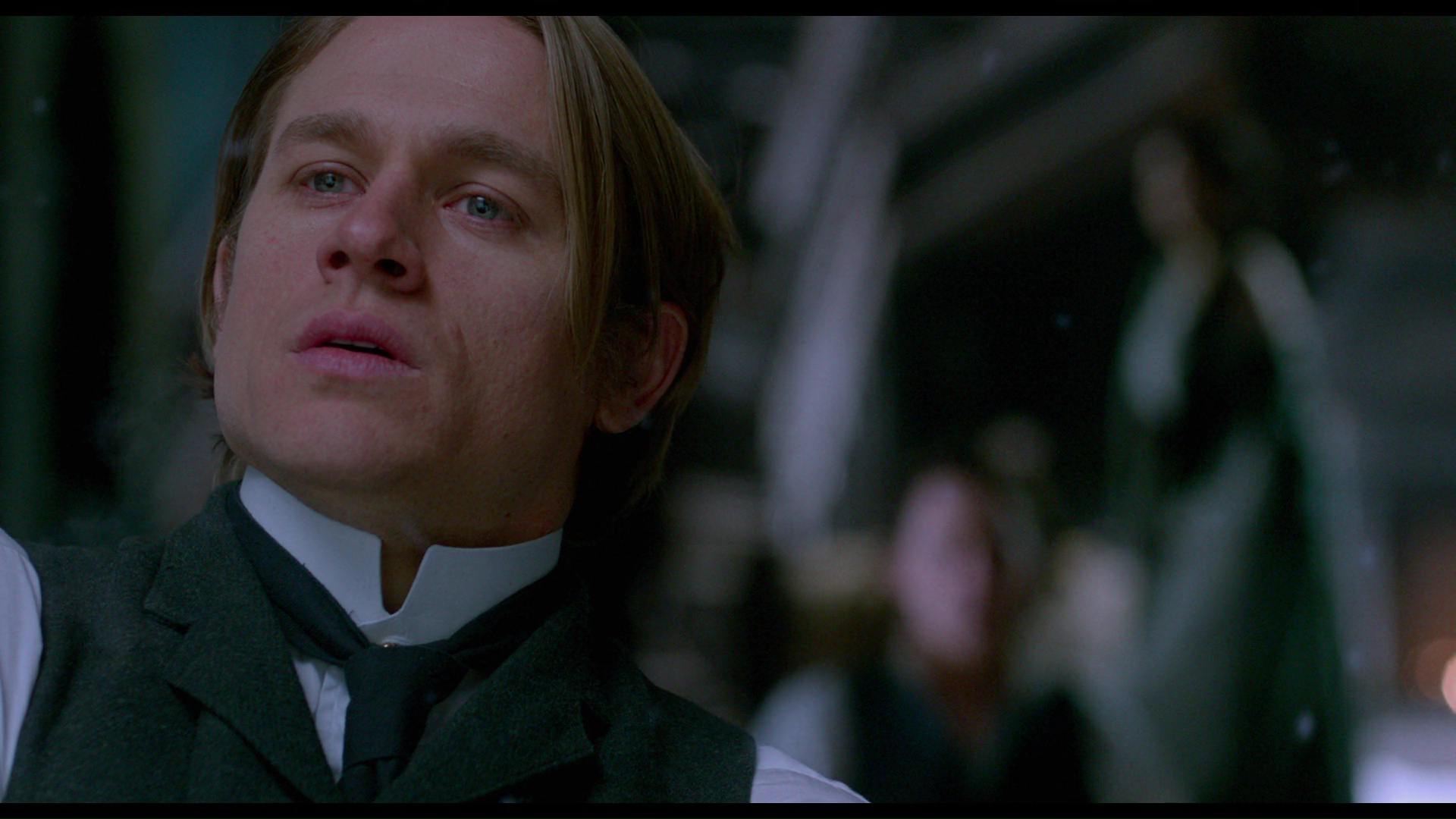 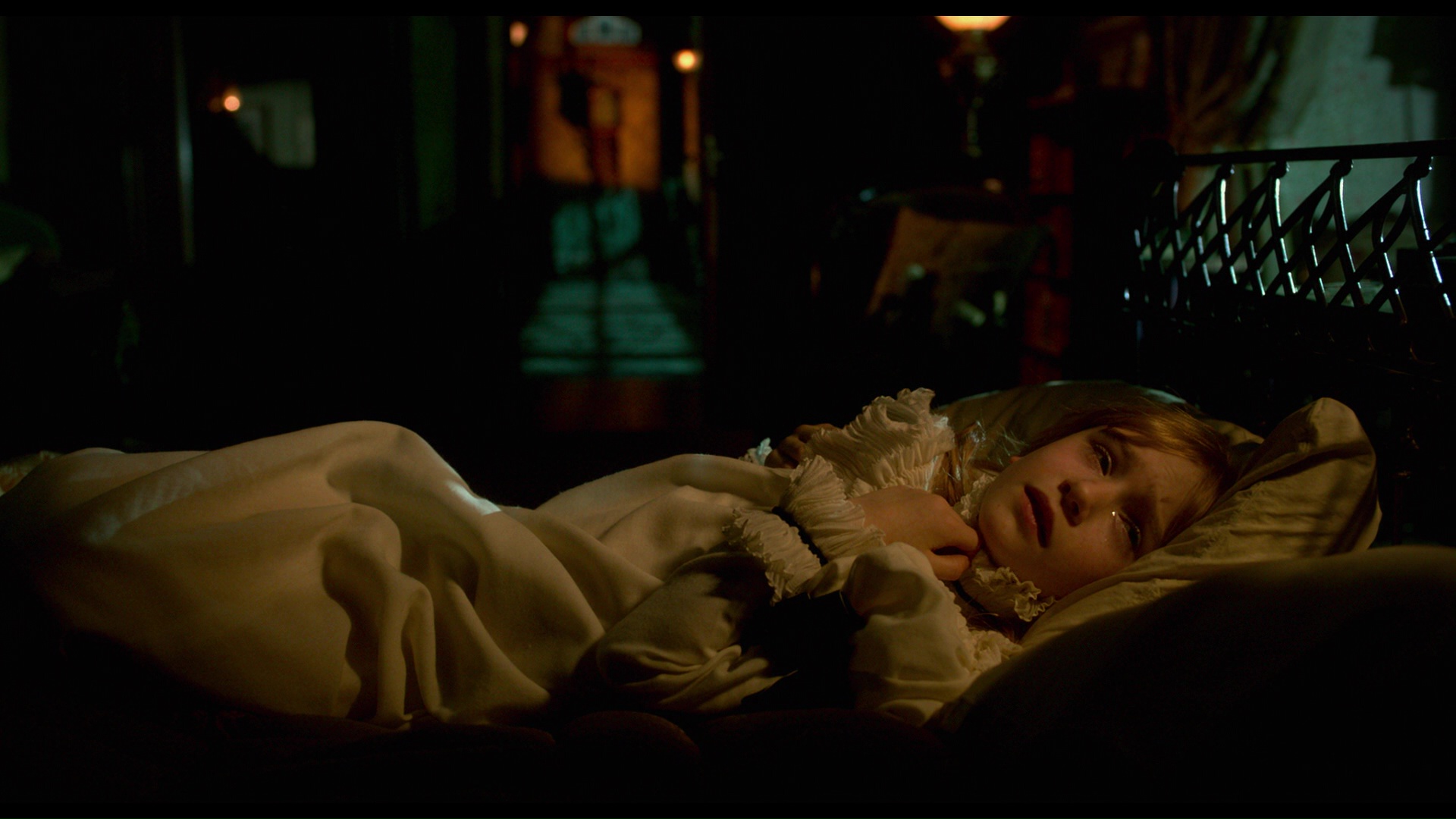 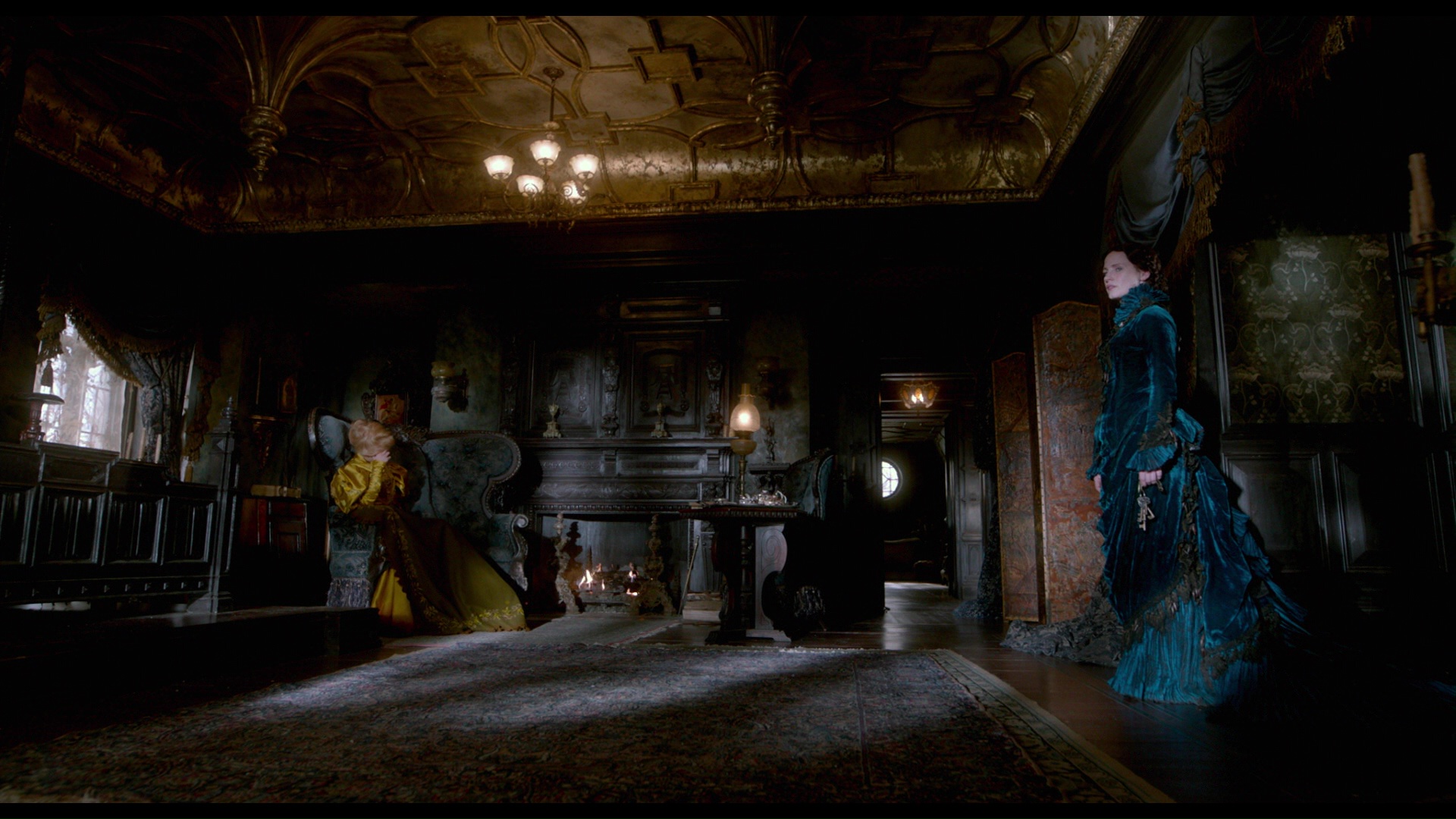 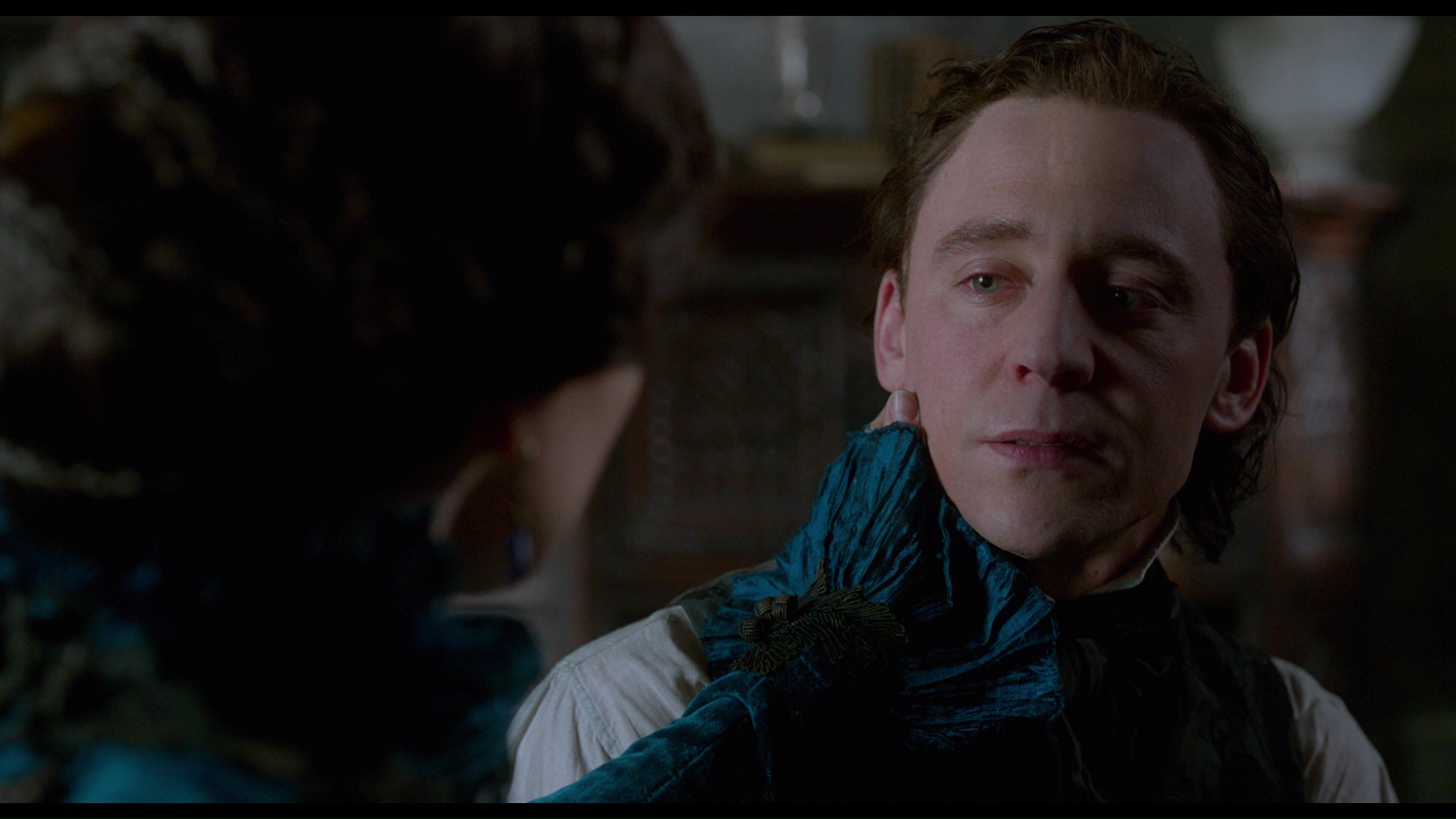 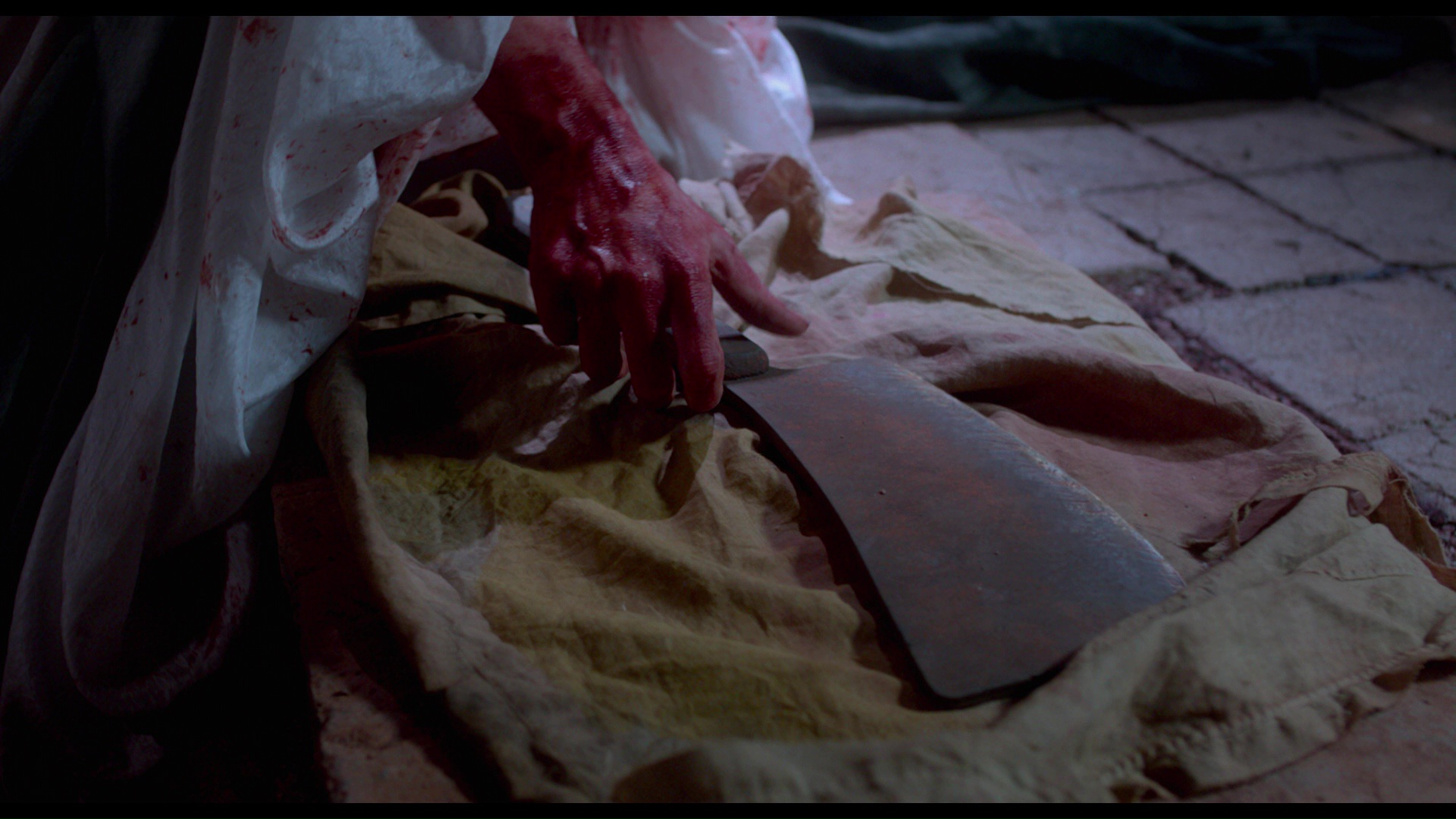 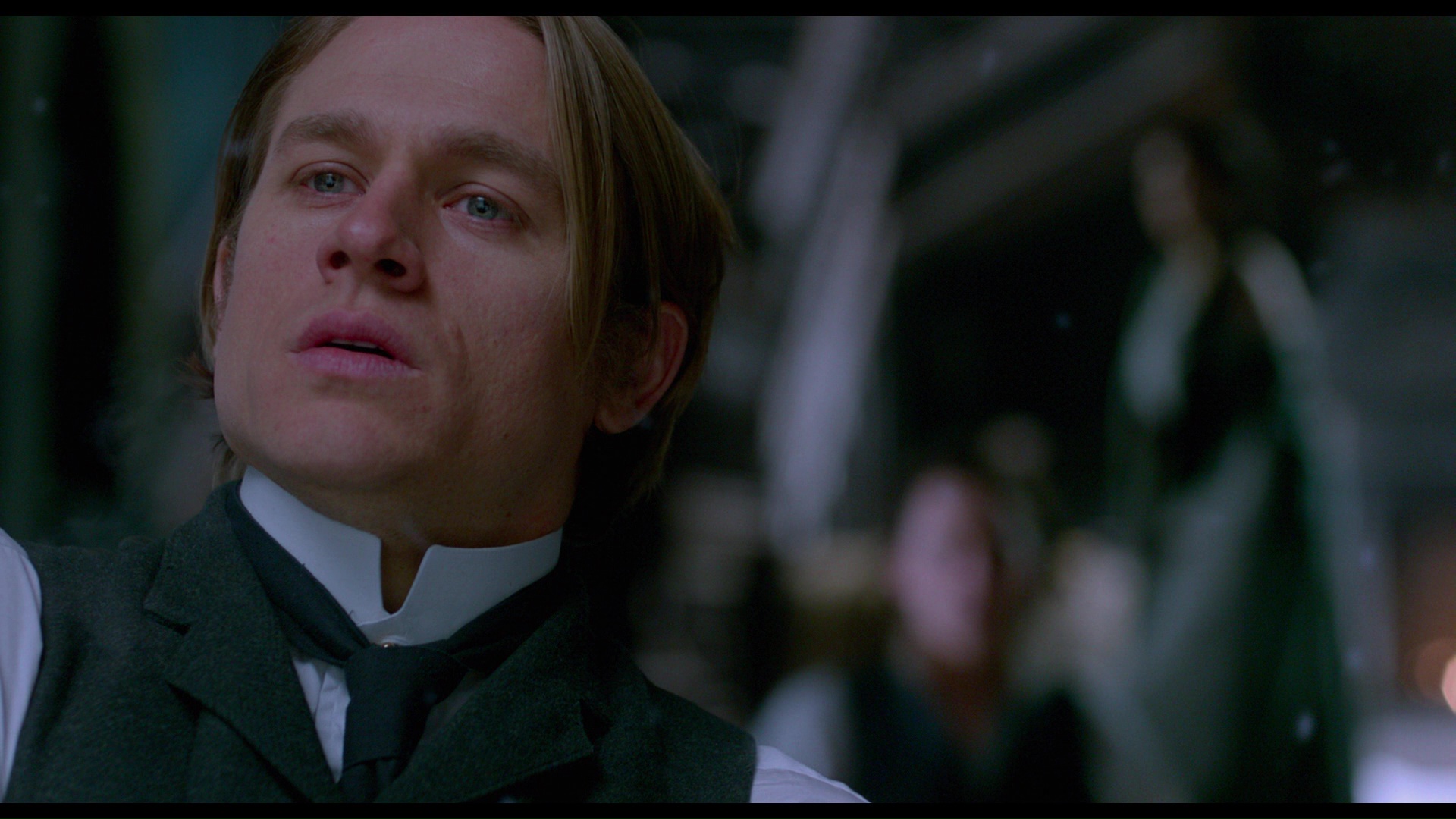