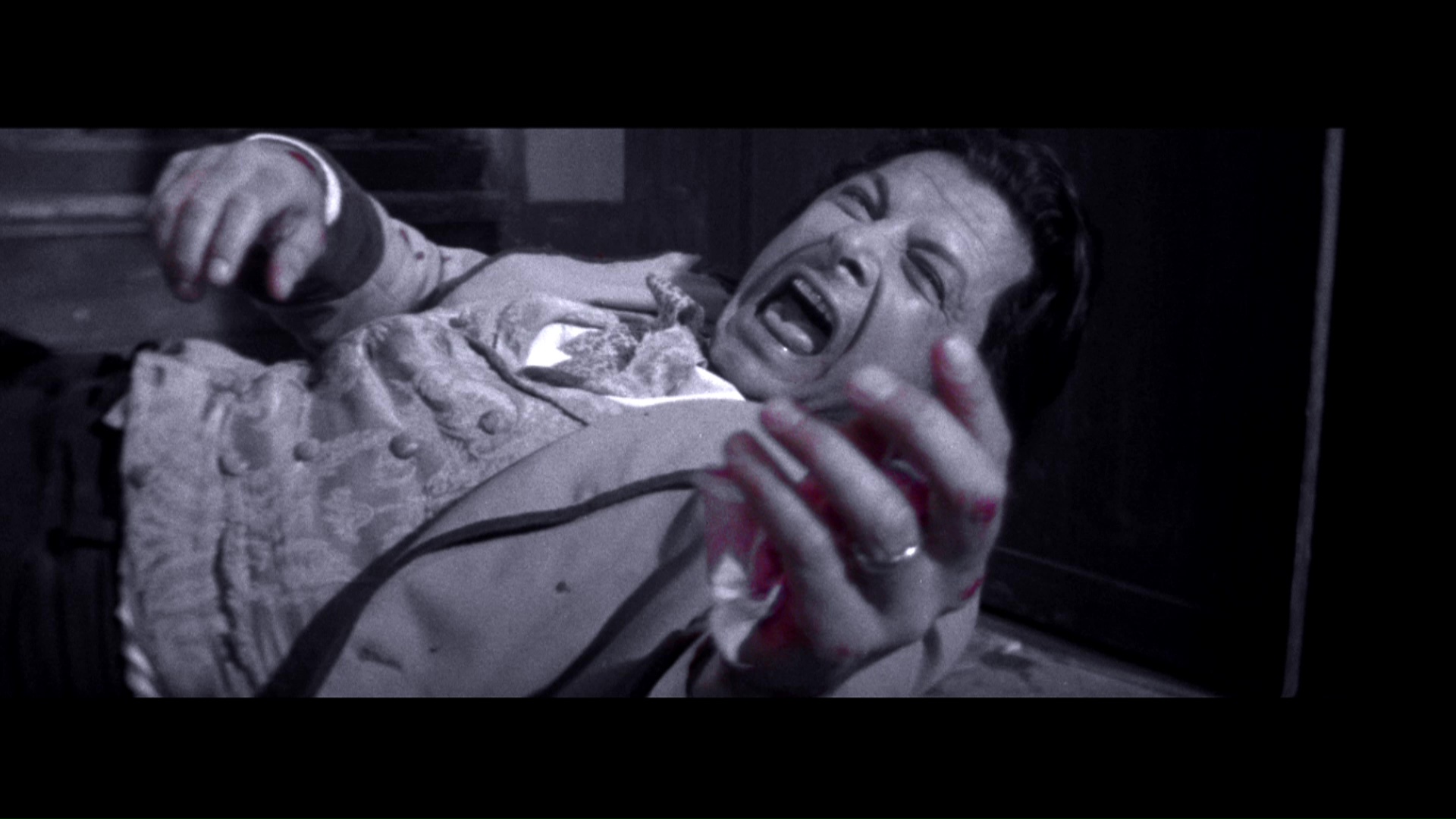 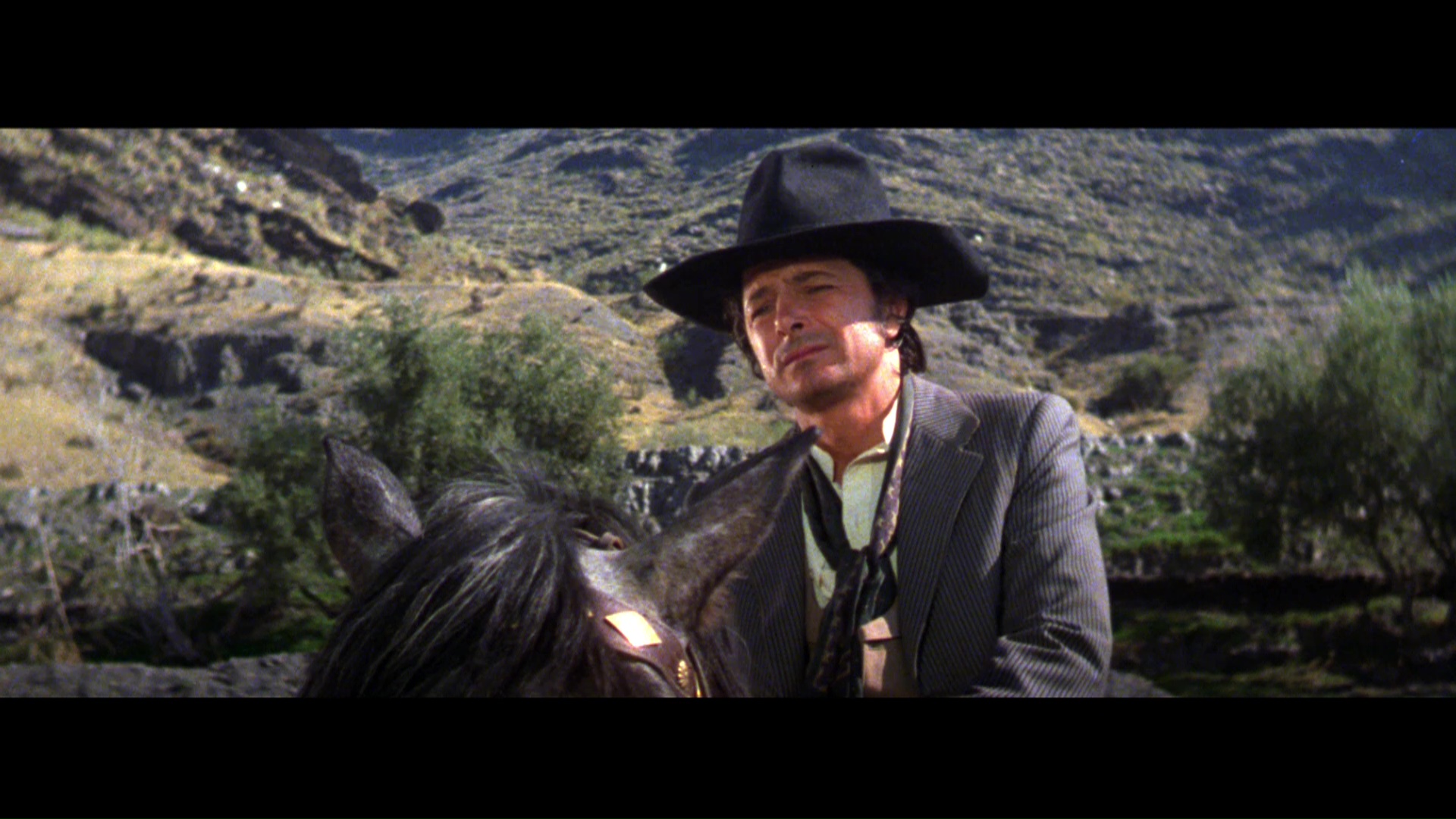 Long before Avatar brought modern 3-D back to theaters for a wave that continues to this day, '80s audiences were caught off guard when a different genre brought three dimensions back to theaters from coast to coast. Released by Filmways, Comin' at Ya! became an unexpected audience hit and also served as an epitaph of sorts for the spaghetti western, which had been absent from American screens for several years. It also marked a career renaissance for actor and producer Tony Anthony, star of the Stranger series and the cult oddity Blindman, who had been absent from the screen since the botched theatrical release of Get Mean. He also brought back his regular director, Ferdinando Baldi, with whom he would reunite one more time for another '80s 3-D favorite, Treasure of the Four Crowns. And so for about two years, audiences got to enjoy a slew of lovably extreme 3-D insanity including Friday the 13th, Amityville, and Jaws sequels.

Kitschy, meandering, silly, and often just simply strange, Comin' at Ya! features Anthony in another of his strong, silent gunslinger roles as H.H. Hart, who's interrupted during his wedding to the lovely Abilene (Abril) by a pair of grotesque, lecherous brothers, Pike (Quintano) and Polk (Palacios). The villains steal his bride and even cart off a few other women from town, then dump the ladies in the desert. Hart goes in hot pursuit, engaging in numerous fisticuffs and shoot outs along the way.

To compensate for the completely familiar and threadbare plot, Comin' at Ya! gleefully assaults the audience from start to finish with some of the weirdest and most aggressive 3-D effects of all time. During the opening credits alone, beans spill all over the camera, bullets fire at the audience, and hands reach out for the viewer's face. Not enough? How about guys falling 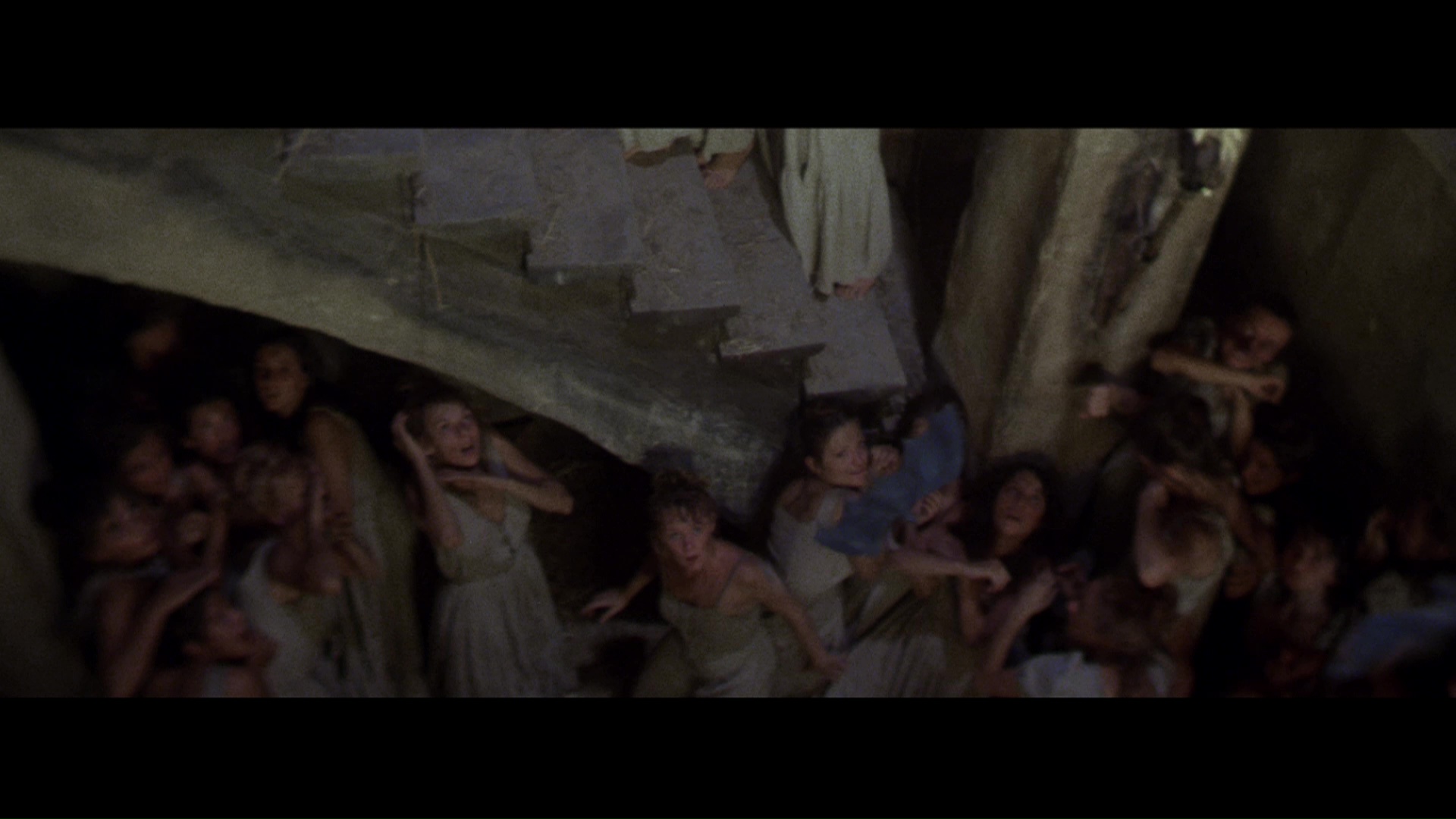 downstairs (in slooooow motion), spinning fiery pinwheels (for the five minute recap at the end), bats, spiders, scurrying rats, flaming arrows (the best part), and even a baby's bare bottom! Some of the Leone-style scope 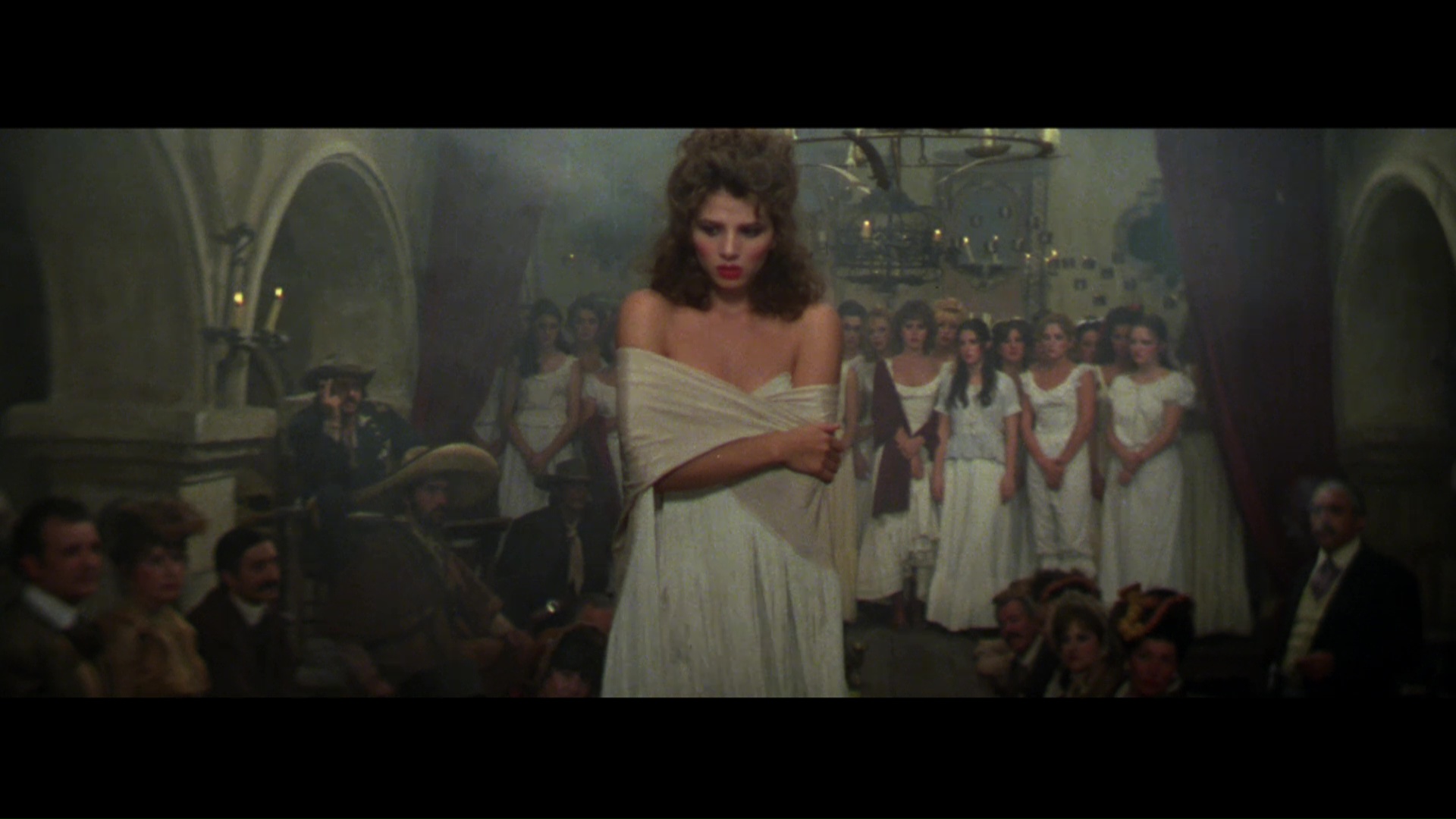 photography looks nice, too, and Carlo Savina contributes a spare, elegiac score that probably deserved a classier film. Also, fans of Spanish starlet Abril (Tie Me Up! Tie Me Down!, High Heels) will be interested in seeing one of her earliest roles before she became a European celebrity.

For obvious reasons, Comin' at Ya! is nearly pointless without the ability to view it in 3-D -- and home video has had a tricky time adapting to the demands of replicating the original theatrical experience. The first stab came in the early days of the DVD format from Rhino, whose letterboxed but zoomed transfers was an unsatisfying anaglyph (red and blue) approximation of the original Polarized 3-D prints. The result turned into more of a headache, but least it's still the only way to see it in scope in its original theatrical version in some sort of 3-D process on home video. There's only one extras, but it's a great one: the amusing U.S. trailer, which features no footage from the actual film but instead offers a "live" demonstration of how 3-D actually works... sort of! Incidentally, the glasses enclosed with this DVD were folded backwards; the red lens should be over the right eye.

In 2012, Drafthouse Films presented a limited theatrical reissue of the film in Real 3-D; however, the much-touted 4K restoration turned out to be something of a mixed bag as the film has also been "reinvisioned" with a handful of scenes (primarily the opening wedding attack, Abril's big face off against the villain, and 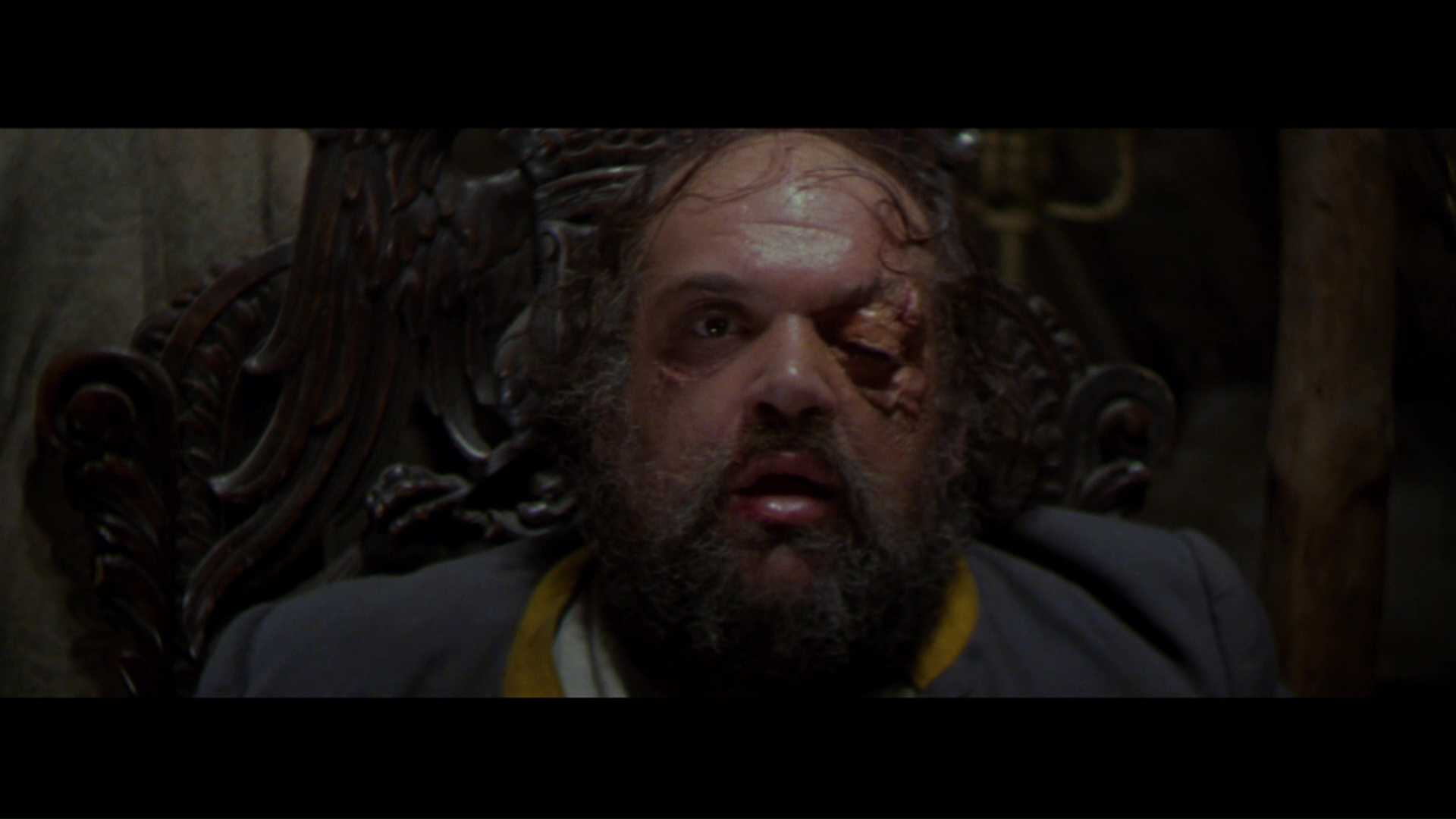 most egregiously, the entire closing montage) now turned into a gaudy imitation of Sin City (or in the case of the wedding scene, Kill Bill) with all the color drained out except for a digitally tweaked highlights like blood and sunlight. It's a weird choice that doesn't fit the aesthetic 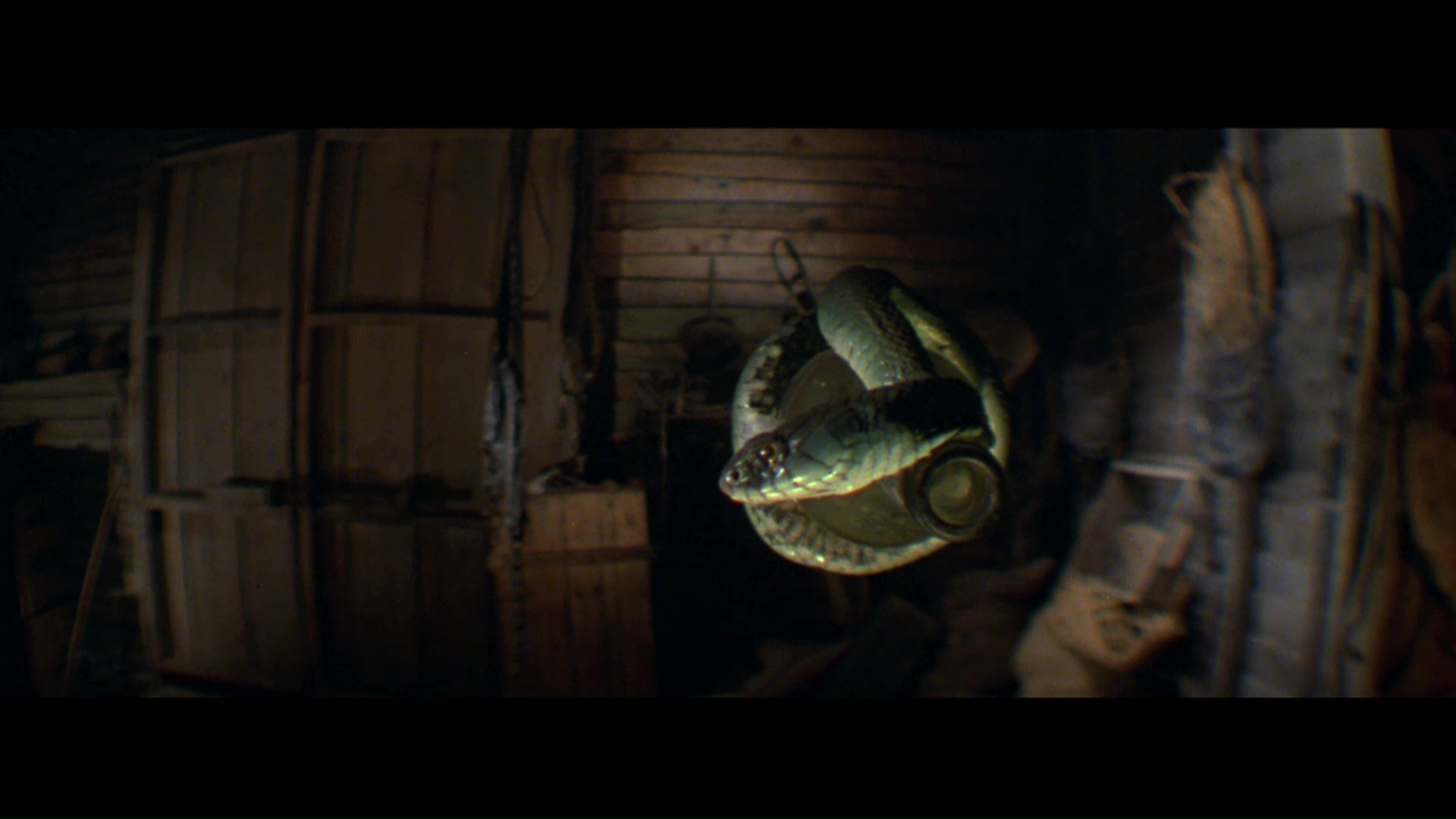 of the film at all, not to mention an attempt at courting a modern cult film audience who would've probably been fine with the 1981 version exactly as it was. The montage has also been drastically altered and essentially regenerated from scratch, with new digital pinwheels intercut with the tweaked footage and credit given only to the various parties responsible for this new rendition.

The 2016 3-D Blu-ray release of Comin' at Ya! features the same revamped version with the stylized black-and-white and tinted tinkering, which will likely be a contentious point for years to come. The flat 2-D version is included as well, but the altered footage really only works at all in 3-D and just looks odd otherwise. Image clarity is excellent throughout; this is easily the best the film has looked in ages, and they haven't felt the need to clean up the obvious dust and dirt flecks on the camera lens in several shots. The 3-D itself is a bit hit and miss, with some significant registration issues during the opening credits as objects in the extreme foreground and background tend to get that double vision effect. Once the film proper kicks in things improve significantly, and some of the landscape shots look truly beautiful. Plus you get to see rats and bats leaping at your face, which is always fun. Due to the overhaul the film now also runs just over three minutes shorter, the most egregious issue being the loss of the full, original ending montage (no more baby butt!). The original '81 trailer is sadly MIA here; instead the extras consist of a newer reissue trailer and a longer 5-minute promo reel to show off the film's new look and 3-D gimmickry.