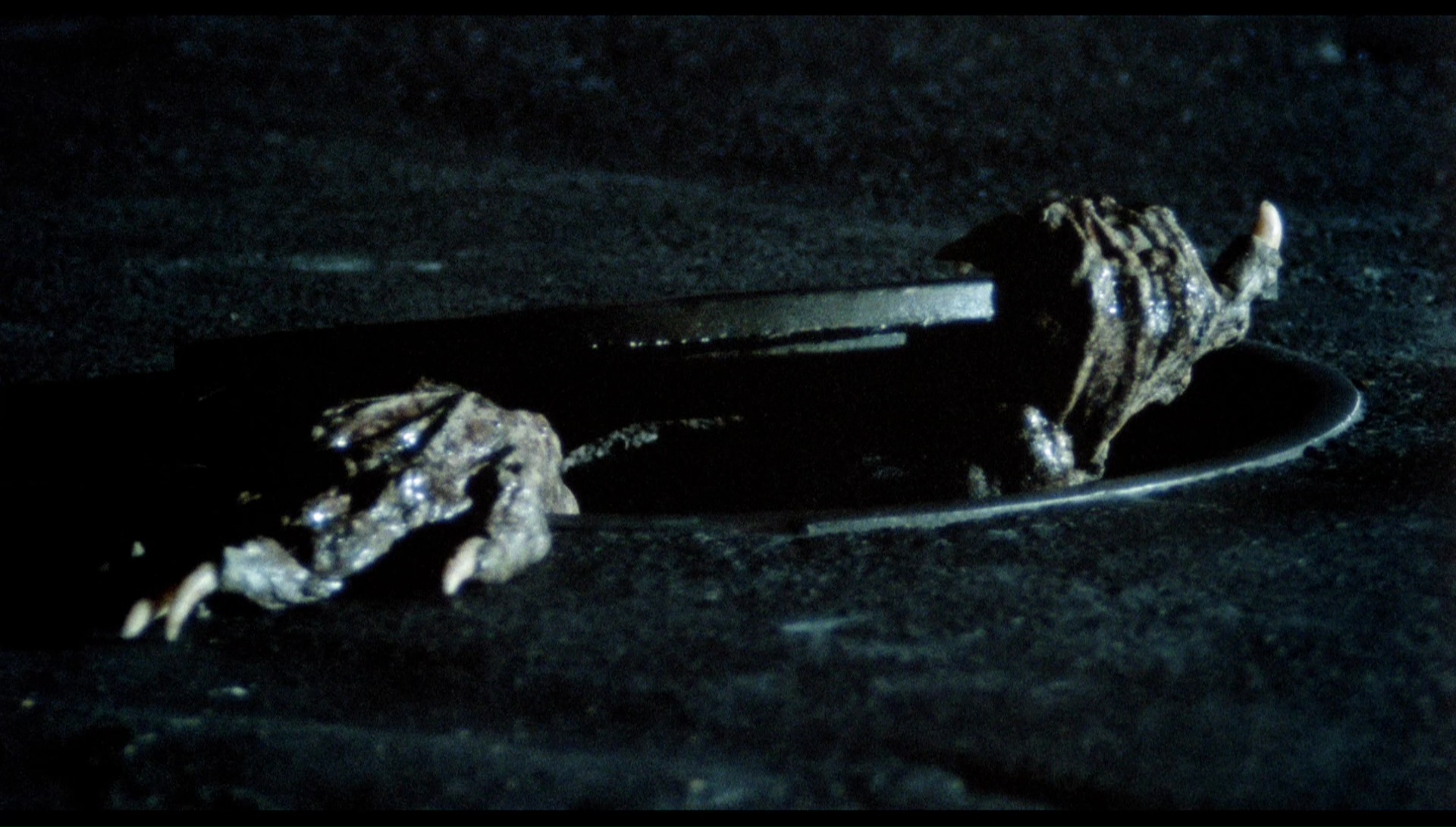 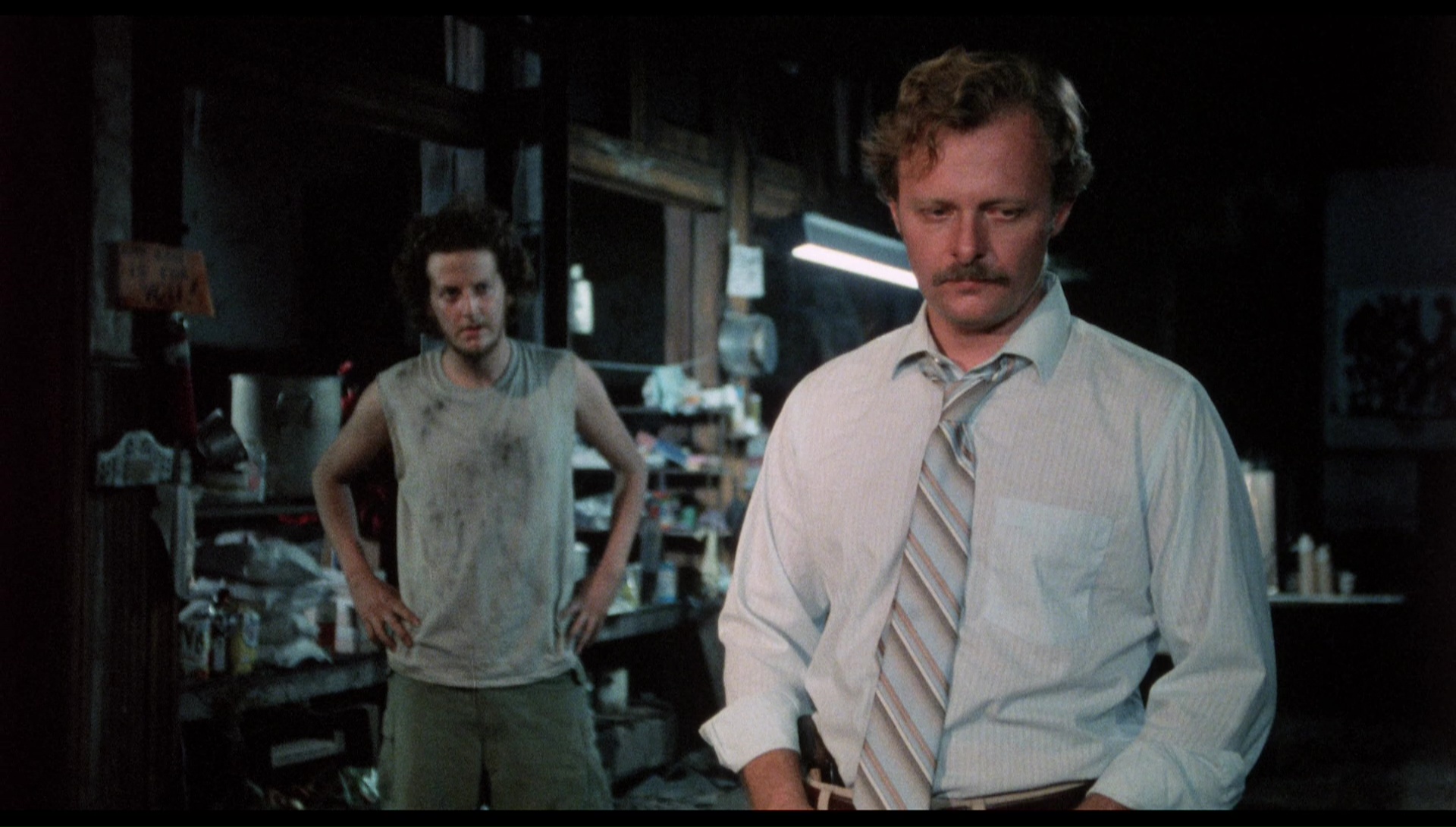 One of the more beloved horror titles of the '80s thanks to its omnipresent TV spots ("Cannibalistic Humanoid Underground Dwellers!"), C.H.U.D. will never be mistaken for a great movie, but the prospect of seeing established actors in a Larry Cohen-style exploration of monsters rampaging through '80s Manhattan is simply too bizarre to resist.

Picking up from the Raw Meat concept of homeless people inhabiting the subway tunnels of our major cities, C.H.U.D. turns these subterranean vagrants into mutated beasties thanks to a chemical leak. New York City is under siege. People are vanishing at an alarming rate, even to the extent of being snatched into the ground through handy manhole covers. A soup kitchen cook (Stern) decides to snoop around to see where all the bums are going, while photographer George Cooper (Heard) gets a similar urge to snoop around the sewers, much to the disdain of his girlfriend (Greist). The police have decided to cover up all of the disappearances, but thankfully our underdog forces decide to join up and uncover the dark, deadly secret of the C.H.U.D. (And incidentally, that acronym stands for something entirely different than the ads would have you believe.) 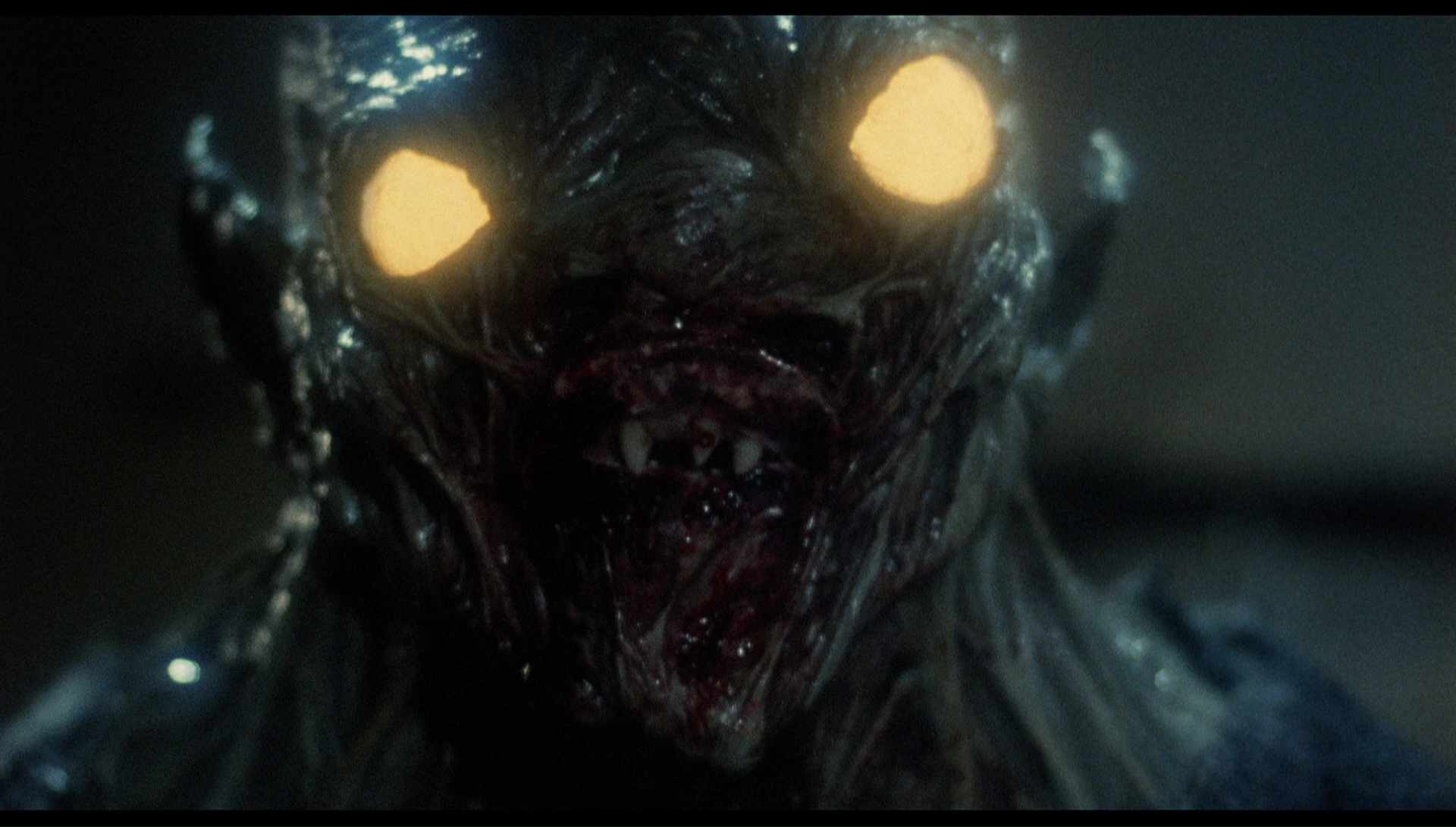 Dark, dingy, and utterly strange, C.H.U.D. is just deranged enough to hold your attention on a slow evening. The whole New York conspiracy angle is less than gripping, but the actors jump into their roles with undeniable enthusiasm; Stern in particular seems to make the most out of a potentially dull part. However, Greist (fresh off Terry Gilliam's Brazil) has the film's best moment in a shower, which must be 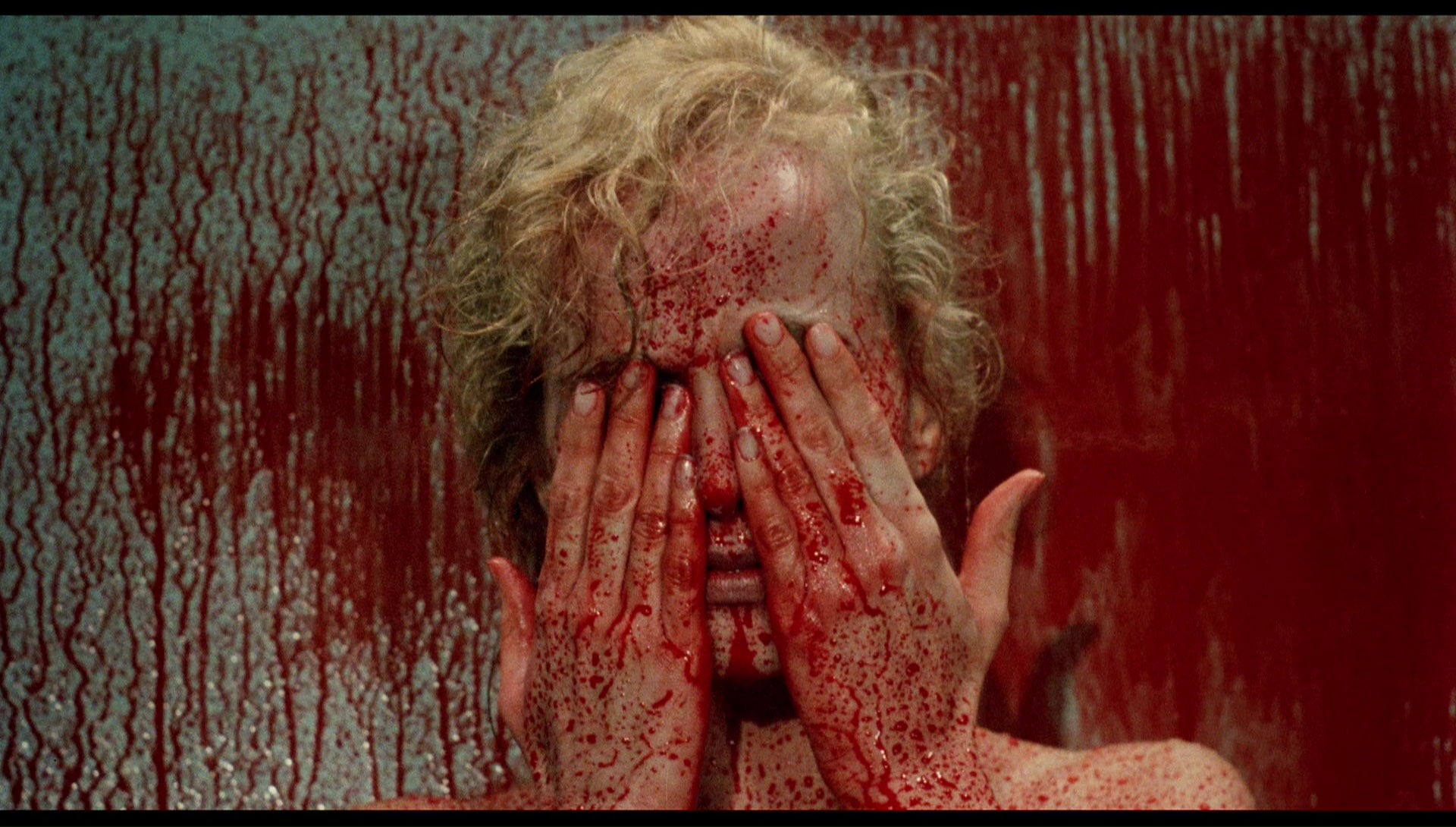 experienced to be believed. Extra points for the fun electronic score by Martin Cooper and David Hughes, which incredibly took decades to finally get an official release. The worst thing that can be said about C.H.U.D. is the silly sequel it spawned, C.H.U.D. II: Bud the Chud, which leaves a lot to be desired. Fortunately the first film's reputation survived, with references popping everywhere from The Simpsons to Donnie Darko and Ghostbusters II.

Given that it looked pretty cruddy even in theatres, C.H.U.D. fared just fine on DVD in 2001 from Anchor Bay (though astoundingly, its tagline is hilariously misspelled on both the front and back covers). Numerous television screenings incorporated some cutting room floor footage, and this disc contains the longest possible cut of the film. A memorable diner sequence with John Goodman and Jay Thomas which capped off the original version has now been shifted to the one hour mark, where it makes more sense structurally but deprives the film of a punchy payoff at the end. 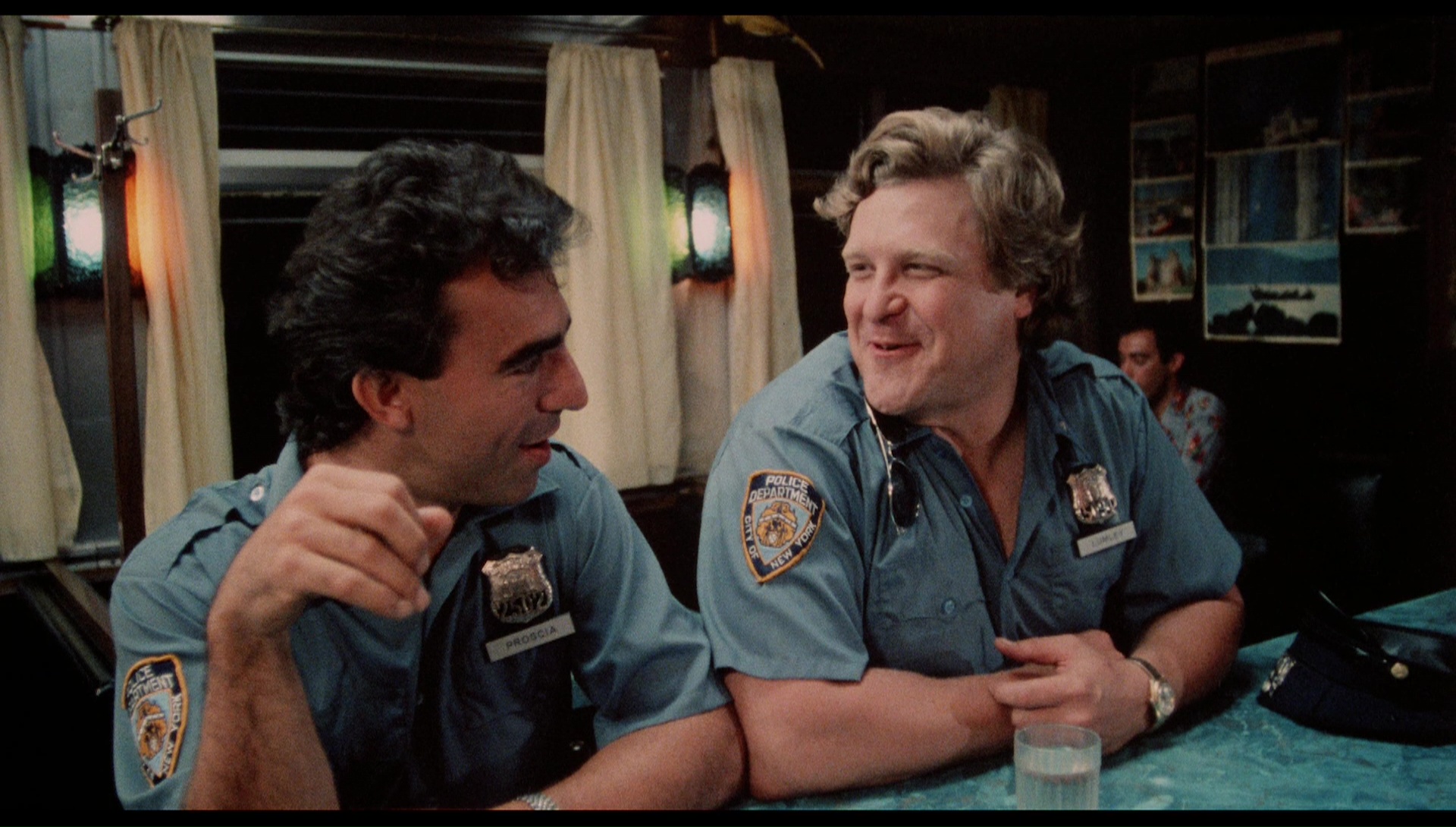 The 1.85:1 framing looks fine, removing much of the dead headroom from the earlier laserdisc and VHS editions, while the mono audio is fine if unremarkable. The disc includes some amusing animated menus leading the viewer to the extras, including copious make up test shots and still, the lively trailer, and a hilarious Easter Egg accessible by clicking on the C.H.U.D.'s glowing eyes. To appreciate it, though, be sure to first check out the commentary track, which features a fun round of discussion with Stern and Heard (yes, they really did agree to talk about this

one, which is almost as weird as them reuniting in Home Alone), along with director Douglas Cheek. (Hint: listen to their comments during the shower scene.) Stern is the most zealous of the bunch, but everyone chips in with bits of trivia and funny anecdotes. The film was later picked up by Image Entertainment as part of its New World Midnight Madness series, dropping the extras as usual and recycling the old transfer.

In 2016, Arrow Video brought the film to Blu-ray and DVD in a double-disc set(!) that will probably be the last word on the film for a very long time. Disc one features the extended 96-minute cut, wringing a surprising amount of color and texture out of the film courtesy of a new 2K scan while still maintaining that gritty texture with plenty of fine grain in evidence. The LPCM English mono audio sounds clear as a bell, with optional English SDH subtitles. Audio options include the preexisting audio commentary and an isolated LPCM stereo score track (excellent for those without turntables) augmented with occasional composer comments. 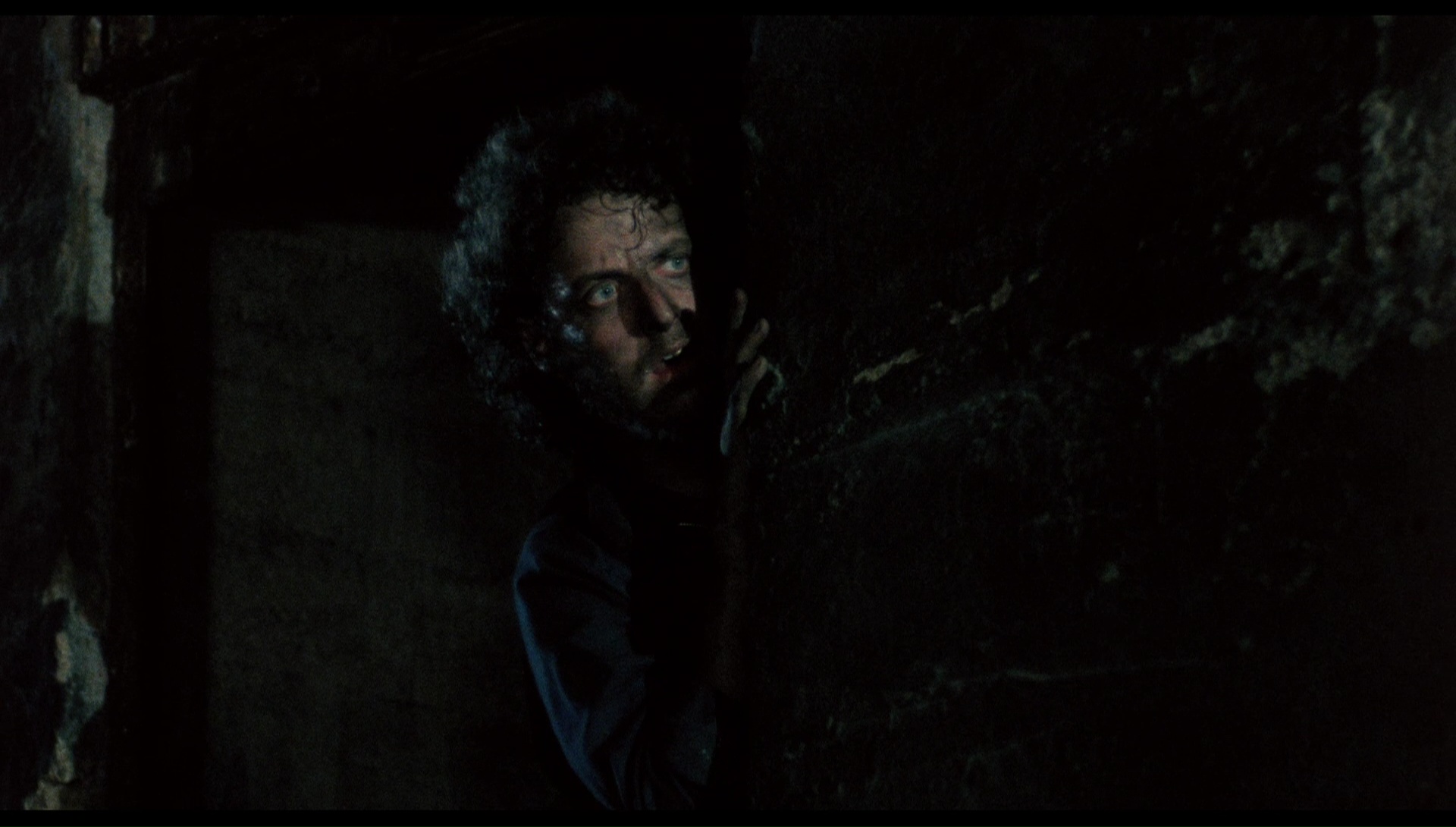 In addition to the trailer, a hefty 5-minute gallery of production photos, and a slightly extended rough cut of the shower scene, the new extras start off with an interview with production designer William Bilowit, "A Dirty Look" 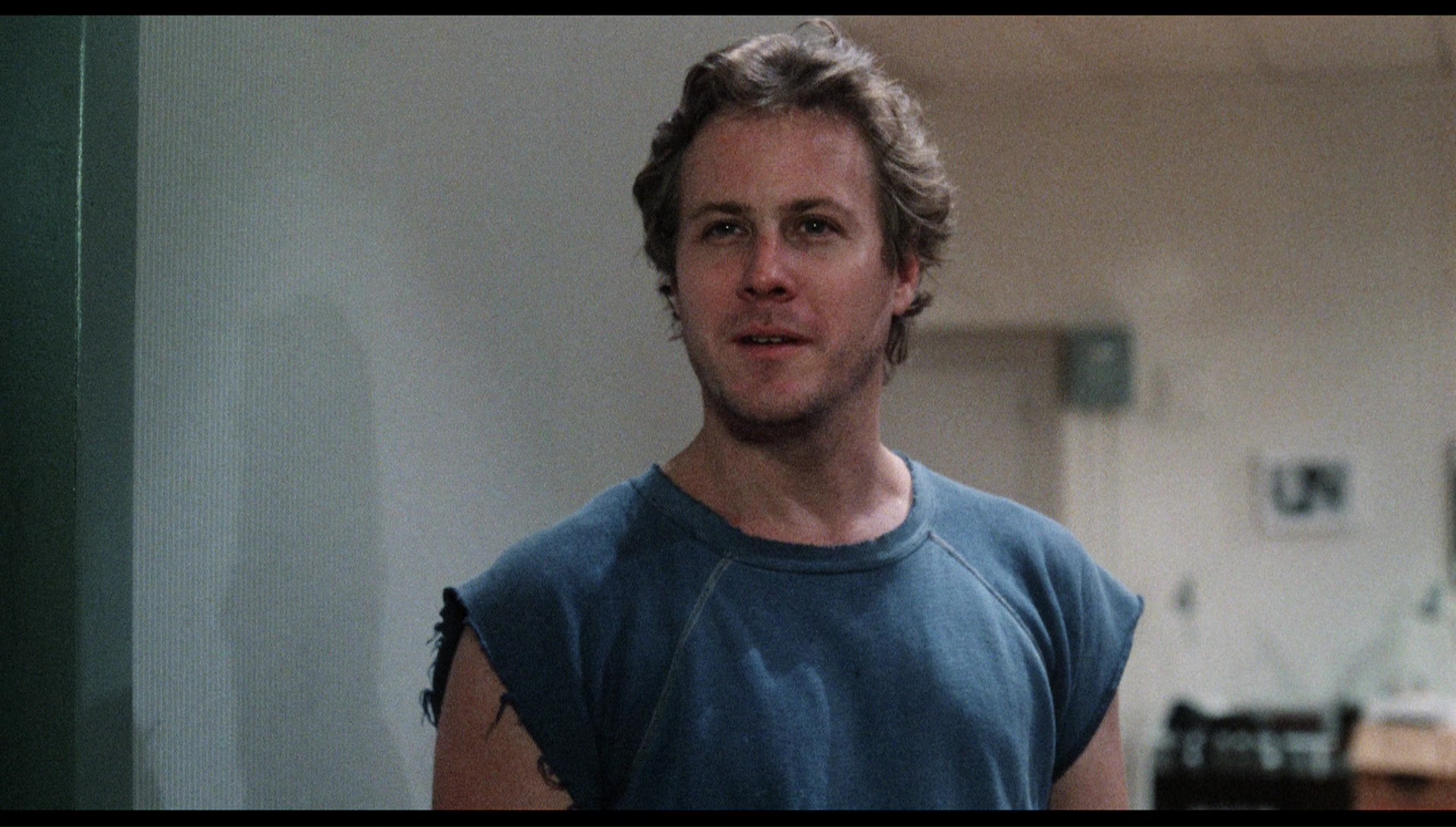 (19 mins.), about the rough and tumble process of working with a non-union crew in New York and capturing the city's "Lower East Side" spirit inherent in the script, not to mention replicating the sewer system with sets. In "Dweller Designs" (12 mins.), special make-up effects and creature creator John Caglione, Jr. explains his entry into the profession of creating monsters and the tricks of lighting and shooting beasts made out of foam and latex without clear eye holes. In "Notes from Above Ground" (9 mins.), horror film journalist Michael Gingold and filmmaker Ted Geoghegan (We Are Still Here) take you on a very amusing tour of the many still-existing locations from the film starting off with graffiti-laden Crosby Street through other key spots like that phone booth/Izod guy spot on Center Street, which is now a parking meter. Disc two contains the 86-minute theatrical cut, which has been out of commission otherwise for a very long time, with identical a/v quality. Both discs are packaged with the standard reversible sleeve sporting a new design by Dan Mumford and the original poster art, with a liner notes booklet containing a new essay by Gingold (which won't be in future pressings).