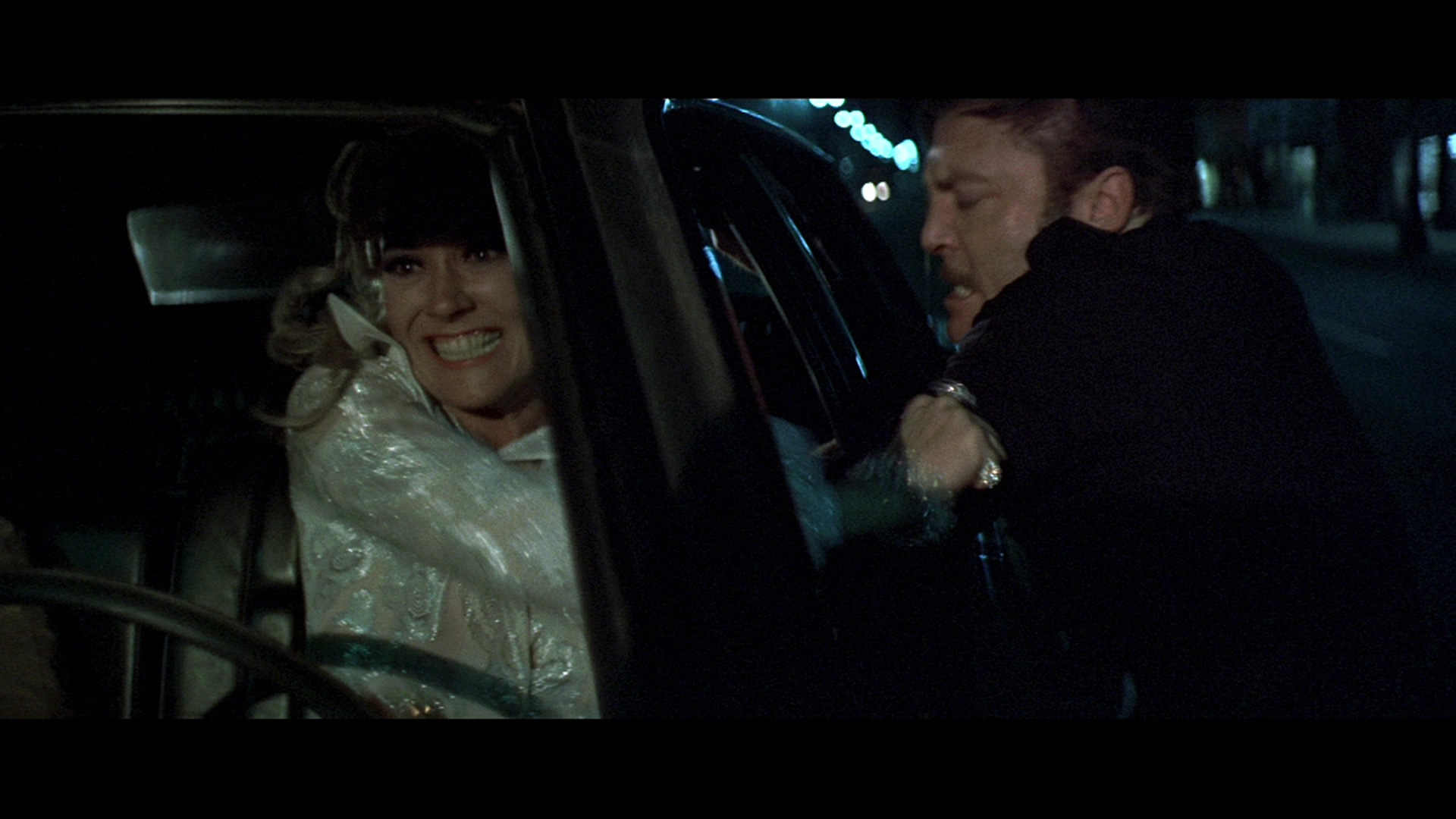 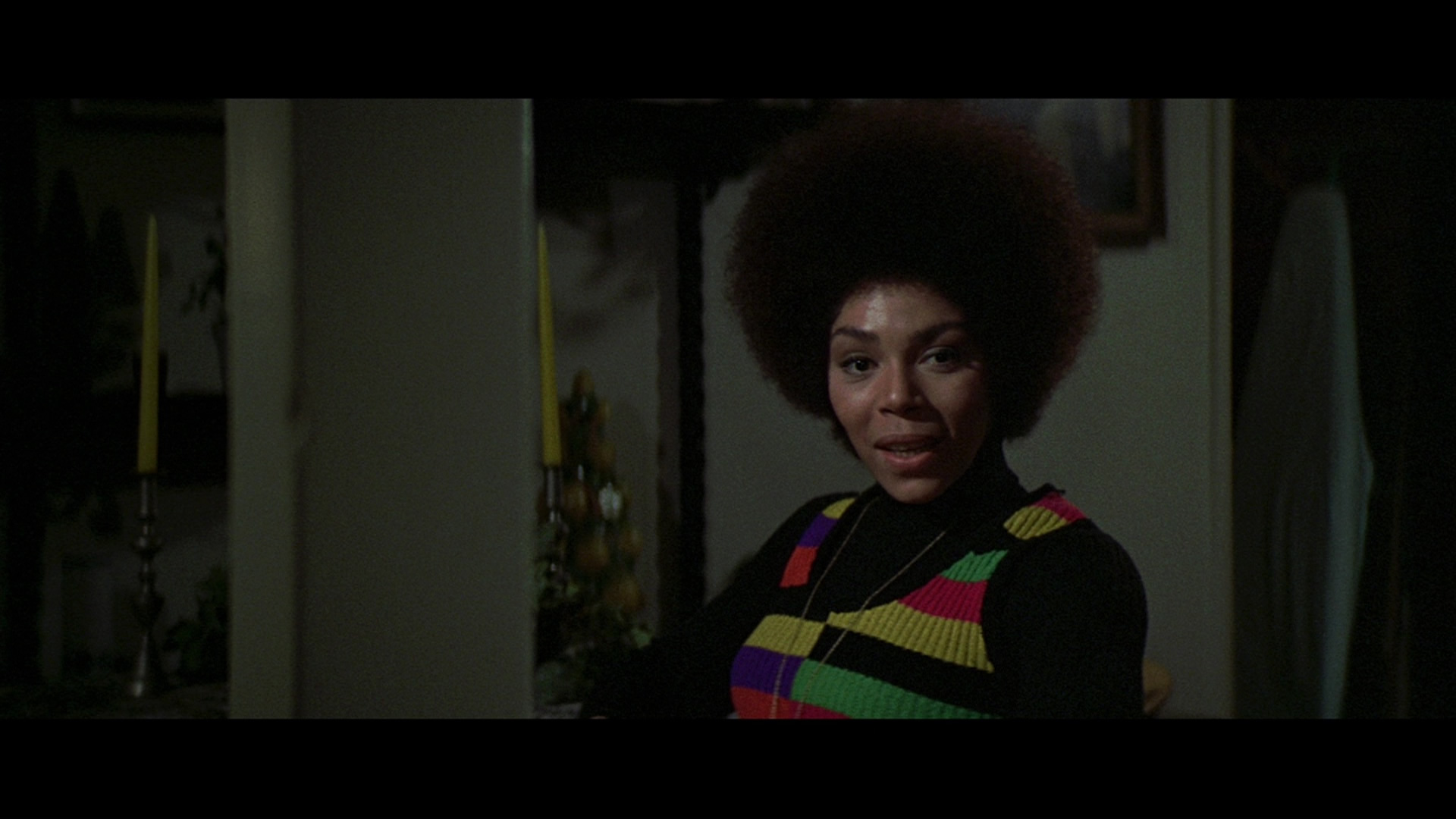 Though his name doesn’t get thrown around too much these days, Joseph Wambaugh was all the rage in the ‘70s and ‘80s with his slice-of-life police procedural novels stuffing paperback racks all over the world. The real-life Los Angeles cop really hit the ground running with his first novel, The New Centurions, which contains a vague thread of a plot about a rookie cop learning the ropes but really functions as an unpretentious primer in what an average day feels like for a policeman out on patrol. The 1971 book was snapped up and turned into a film in record time by Columbia Pictures, who handed directorial reins over to Richard Fleischer after helming two of the studio’s previous thrillers, 10 Rillington Place and See No Evil. Meanwhile Wambaugh’s status as a hot property meant that other adaptations were soon being cranked out left and right including The Blue Knight (as a miniseries), The Onion Field, The Black Marble, and this film’s debauched spiritual flip side, The Choirboys.

Three new Los Angeles cops arrive at their station to be assigned new, more experienced partners. The newcomers are Roy (Keach), Gus (Wilson), and Sergio (a pre-CHiPs Estrada), with Roy’s journey getting the most attention as he winds up with the seasoned Andy Kilvinski (Scott). Each of the men ends up making errors in judgment that result in a getaway car tearing away, a dead store owner, and a nasty shotgun blast. Over the course of a year Roy becomes extremely devoted to his job and puts an unbearable strain on his marriage, while Andy plans to retire to Florida.

Shot in a very dark, 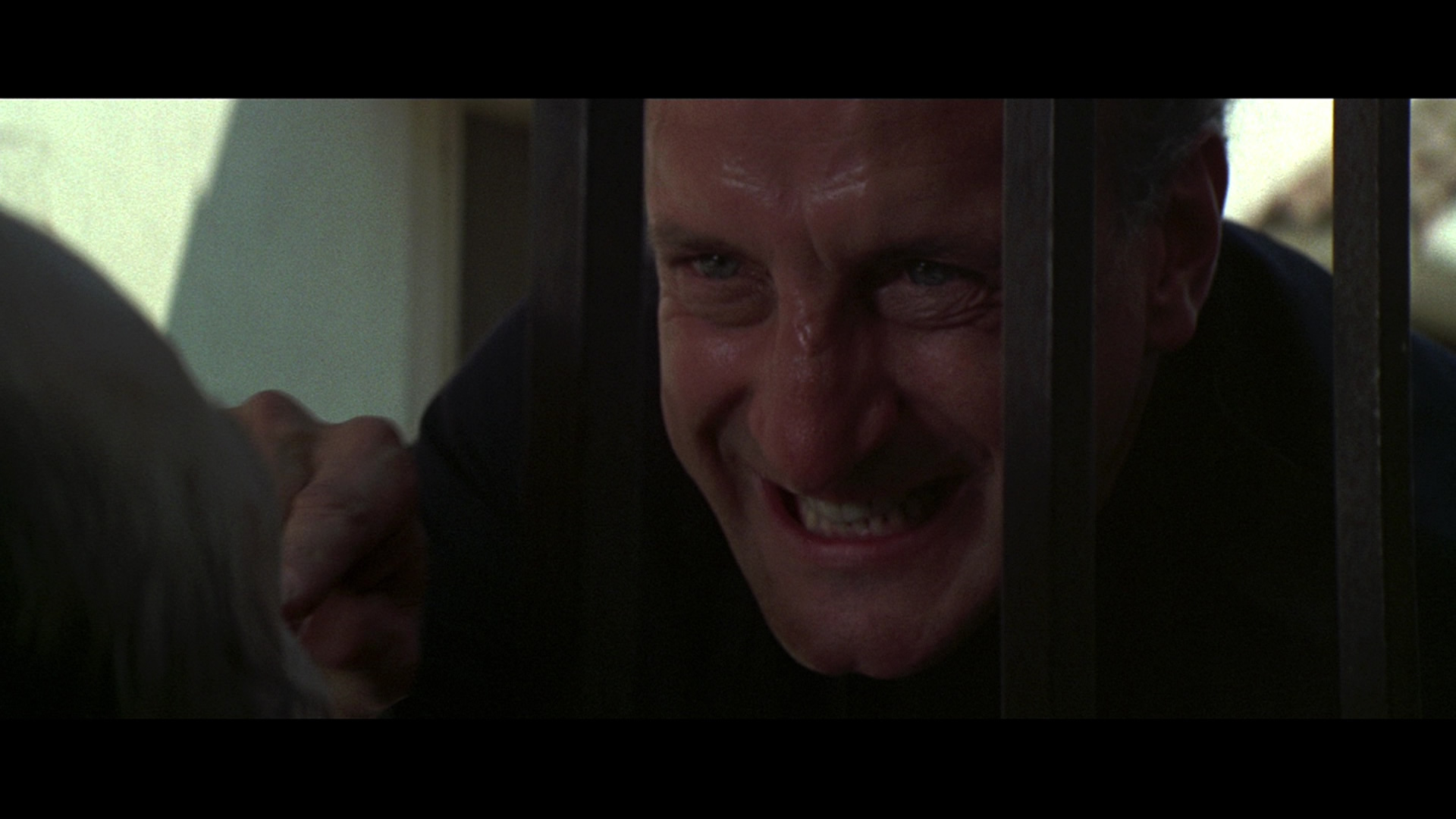 grungy style far removed from studio fare of the previous decade, this film was largely brought into existence thanks to the success of 1971’s The French Connection but ends up with 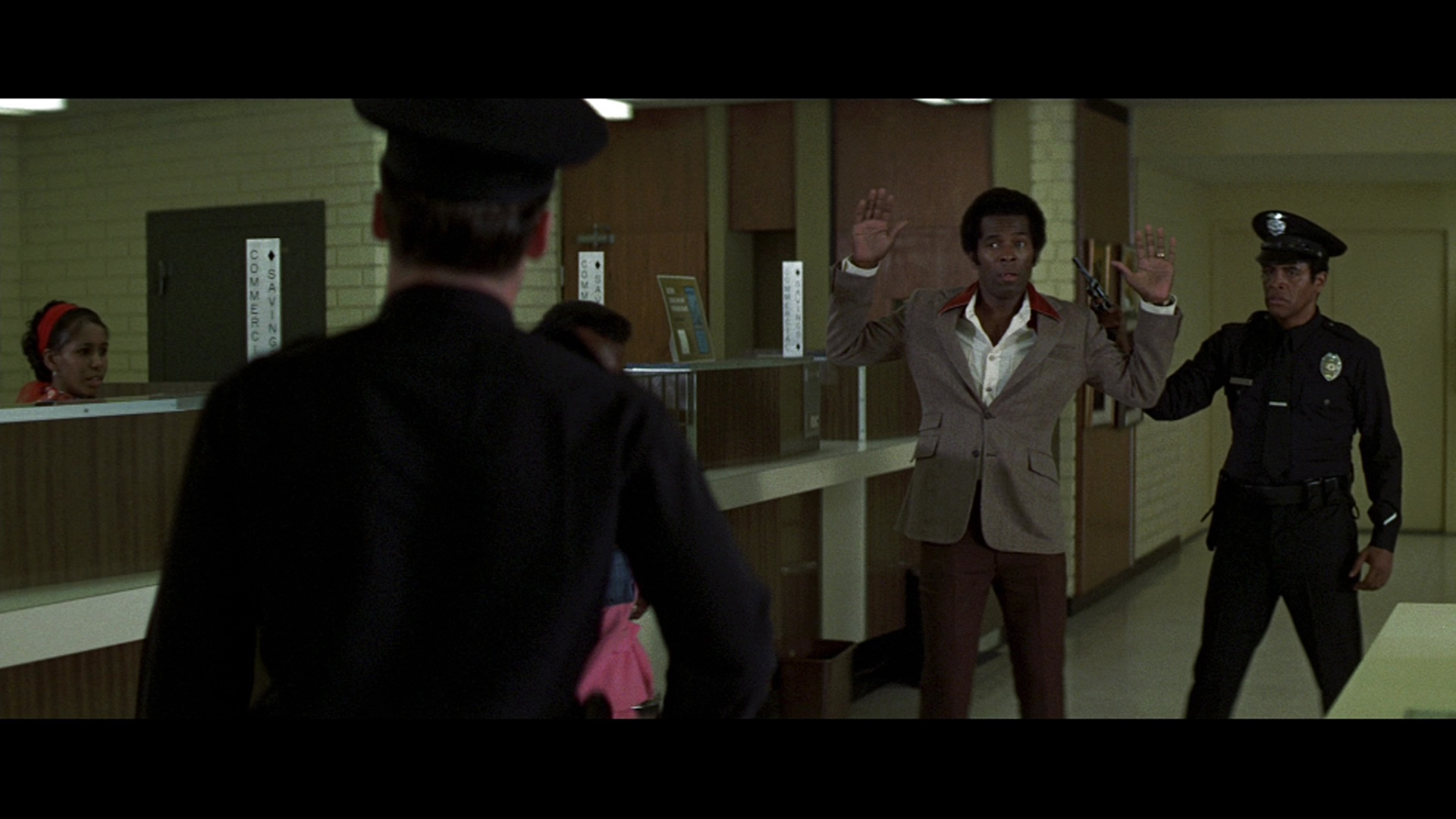 an identity of its own as it provides plenty of showcases for great character actors across the board. Top-billed Scott gets the juiciest dialogue but really isn’t the main character; that honor goes to Keach, who’s supported by some surprising faces including a young Jane Alexander, a fiery Rosalind Cash (fresh off of The Omega Man), and other diverse actors like Ed Lauter, a pre-Live and Let Die Clifton James (aka Sheriff J.W. Pepper), sitcom favorite Isabel Sanford, James Sikking (who would become a regular TV cop on Hill Street Blues), Abby’s Carol Speed, Dolph Sweet, Roger E. Mosley, future ‘80s staple William Atherton, and even a fleeting go-go bit by future Russ Meyer muse Kitten Natividad. The sparse but effective score by Quincy Jones is a big plus, too, and the underrated Fleischer (who has since been reappraised quite a bit in the past decade or so) does a convincing job of creating an urban environment that’s both perilous and addictive at the same time.

Thanks to its spacious scope framing and very low lighting, this film was a nightmare to watch on home video for years until its 2008 premiere on DVD from Sony with its first widescreen transfer as part of Sony’s baffling, no-frills “Martini Movies” line. In late 2016 the film made its Blu-ray debut in France from Carlotta as part of its mini-line of Fleischer releases, here under the great title Les Flics ne dorment pas la nuit (or “Cops Don’t Sleep at Night”). This release features removable French subtitles for the English audio (or the French dub if you’re so inclined) with extras including 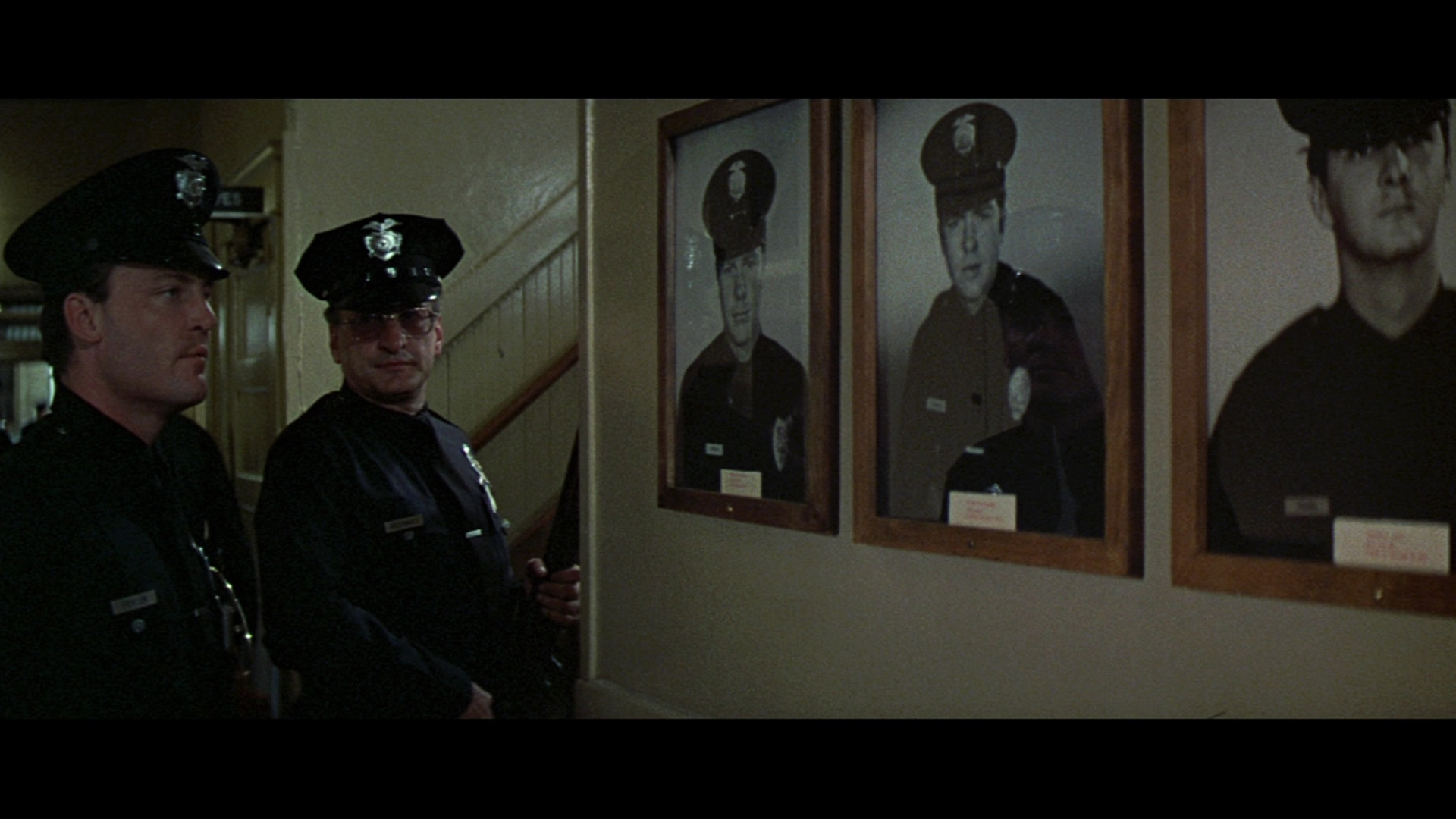 a French-language intro by Nicolas Saada, a French "Chronique humaniste" critical appraisal (25 mins.) by Nicolas Boukhrief, the 17-minute Super 8 version of the film (a nice touch), the theatrical trailer, and 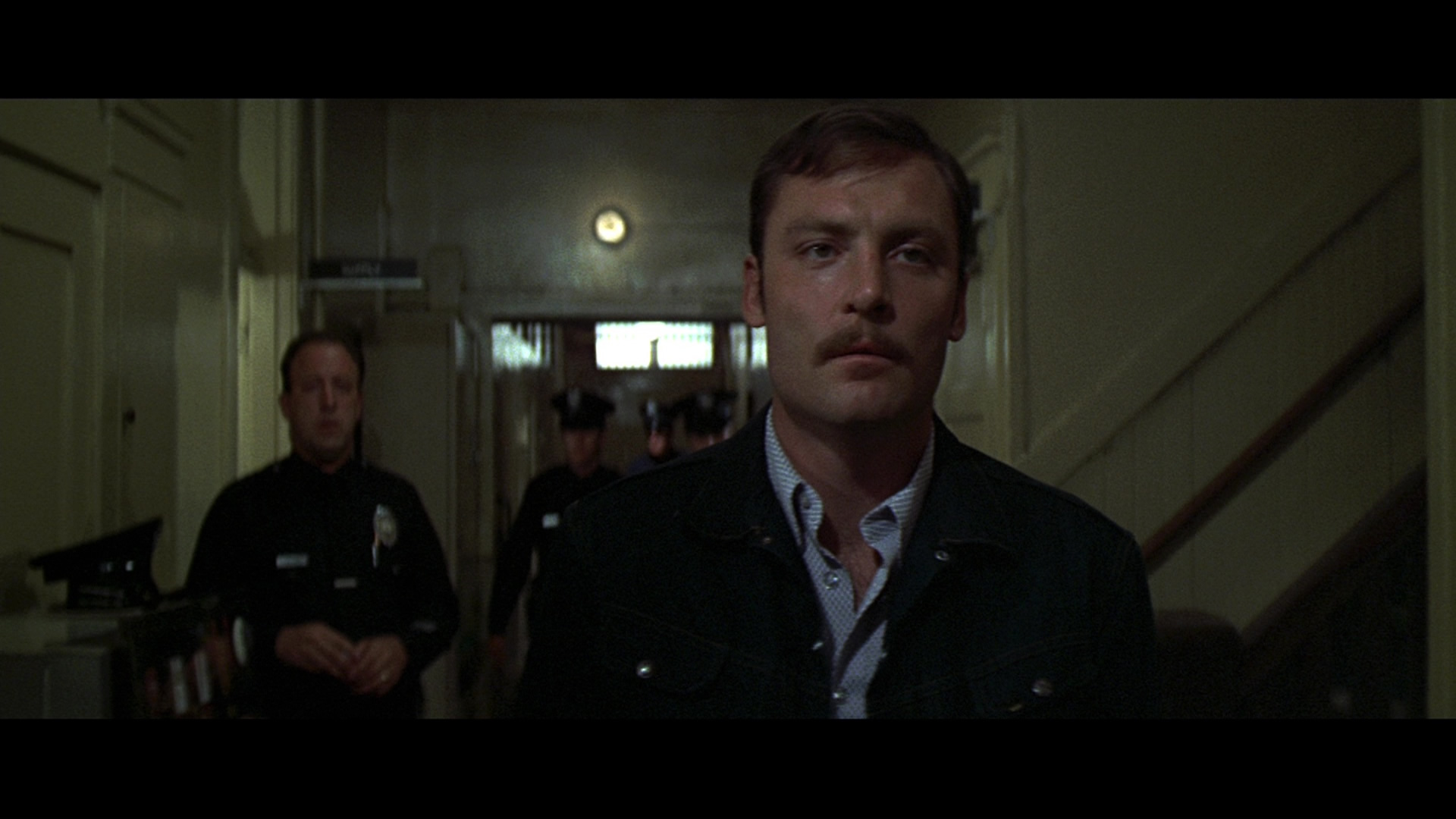 "Cop Stories,” a 44-minute look back at the making of the film with Wambaugh, Keach, technical advisor Richard E. Kalk, and assistant cameraman Ronald Vidor discussing the production of the film on the streets of L.A., Scott's imposing and invigorating presence as an actor, and the rapidly evolving nature of police depictions on screen at the time.

A region-free UK Blu-ray and DVD set arrived soon after in early 2017 from Indicator, culled from the same excellent Sony HD transfer (which had been airing for the past couple of years on its HD Sony Movie Channel channel ridiculously cropped to 1.78:1). Typically for the label the film itself is given a very generous compression job that tackles the high demands of the source material quite well, with the shadowy and sometimes murky style popping through about as well as originally intended. Color timing, framing, and overall quality appear to be exactly the same as the French release apart from a slight notch up in grain detail due to a slightly higher bit rate. The DTS-HD MA English mono track sounds crystal clear, with optional English SDH subtitles provided. Extras include the trailer, Super 8 version and “Cop Stories” documentary, while the 3,000-united limited edition also includes a liner notes booklet by Nick Pinkerton, who dissects the history of the LAPD on film and television as well as the changes screenwriter Stirling Silliphant made to the source novel, and Jeff Billington, who dives into and comments on some critical reactions to both the film and novel, with the text from the original UK production notes added in as well.